What ho! There is no better time to talk about house cleaning than during the 12 days of Christmas. The flotsam, jetsam, and lagan debris (detritus?) of the year has to be adjudicated…… to make room for more of the same (only different and new) to come.

One of the challenges faced by a polymathic (small “P”) Expressive (me!) living by the river of time in Egypt (that’s in denial) is to manage projects.

So it goes with exploring the Internet (or InterTubes as SondraK says). Every time I “go walk about” surfing the ‘Net, more and more quickly scribbled lists accumulate on my desk. Go here! Investigate this! Is this true? Find more about that. Isn’t that interesting?

And my “must read” list will never be fully read.

This note is meant to clean off the virtual desk in preparation for the next year’s exciting accumulation of everything interesting to me.

First up, the attached document titled “Murphy and Progeny“. Over the year I have been watching and learning about the political use of the strong arm of the law – police. The most glaring and representative example is the OPP role in Caledonia, Ontario. This is a travesty, brought on (IMHO) by the collision of politically correct, diversity-focused, multi-cutural agenda with the reality of human nature (read “common sense”) or equal treatment under law. I went looking to find some laws that were always obeyed. That is, laws outside of the physical world (so far, the politicians and “social scientists” have not been able to talk the force of gravity or the weight of water into “hope and change” for the benefit of all – they tried with “global warming, but were caught out). Anyway, this list of Murphy’s laws and their progeny seems irrefutable. Here are a few examples from the list:

You get the idea. No matter how the politicians and bureaucrats bend, mutilate, and staple the man made laws, Murphy’s Laws can be depended to perform flawlessly, and exactly as described.

A second draft I started was a rant (once again) about the devastation (human misery type) promulgated in Europe by the “religion of peace”. My personal reaction over the years has moved from hair-raising disbelief to earnest study to impotent rage to burning anger to severe irritation. Really. If push comes to shove……. Anyway, here is a brief article by Martin Bosma (a Dutch politician of the P V V party (Party for Freedom)), who writes in the NRC:

You are tolerant until it gets too crazy for you

excerpt from the article……

“………..And the kids? Do you expose them to your multicultural ideals, and are you standing at the gates of a black school every morning at half-nine? Is your Emma, Anne-Fleur, or Mees [stereotypical pseudo-elitist
children’s names] in a cozy classroom full of Muhammads and Alis?

Ho, ho. It should not get too crazy of course. When it comes down to it, you’d rather drive an extra block with your child cargo-bike. This obviously has nothing to do with all those Muslims there. You after all are not a racist. No, it’s because of that computer room or the color of the wallpaper. Or something like that. Your Minerva friends of the Old South chapter of D66 nod understandingly. For that matter, they are doing the same.

I disagree with just about everything you agree on. Multiculturalism I find appalling. Headscarves and mosques are an abomination to me. I do not believe for an inch in the climate-hype, and I think Al Gore is a charlatan. Obama causes a shiver down my spine. Christianity I find wonderful. EU nationalism I view as the reincarnation of the Soviet Union. Reagan, Solzhenitsyn, and Jabotinsky are framed on the wall in my office.I would rather read Hayek and Ayn Rand than Keynes and Etty [communist/columnist for the NRC]. I am firmly pro-Israel (“extreme right-wing colonist leaders” — as this newspaper calls them — are to me people I enjoy visiting). My solidarity is with the last natives in the Transvaal [in the Hague] or Tarwewijk [in Rotterdam] neighborhoods, not the elites who brought one million Muslims under our roof. I do not at all think that it is ‘the pride of the Netherlands that we do not find one culture better than the other’. The Netherlands itself does not agree to that at all. Only the leftist elites think as much……..”

The entire article can be read here:

The quote I like the most from the link page is this:

Education Alderman Lodewijk Asscher does not feel challenged to stop the segregation at the school doors, for instance by forcing students to mix. “I am not going to ask people to sacrifice their child to an experiment of general interest. Before you ask parents to cooperate, you must be certain the quality is good everywhere.”

Amen, Brother. Social Engineering is not only unnecessary, it is evil. Leave my children alone!

The following bits and chunks were interesting when I captured them. Maybe you will be amused, too……

A recent picture of me: I be Neanderthal! Who knew we be so sophisticated? Cooking and eating vegetables? See here:

All these years, to be so maligned. But then, WGAF? Life is Good! (here in the remote western Kanuckistanian bible punchin’ snow encrusted over regulated vigorously taxed hills of Vernon). What a few Christmas hot chocolates (with rum – for flavoring only) can do to modify outlook:

There is some speculation that Mrs. Clinton may be a gathering storm on the Obamesiah horizon. Let me remind you of her tribe, her origins, and her legacy:

A not insignificant factor in my decision to NOT attend an Arizona skin baking this winter is the CF (cluster f**k) called TSA. I would LOVE to be fondled, but not by these folks. I say profile! Or, create an all Muslim Airline. Those crazy f**kers can blow themselves up all de do da day on their own profile-friendly discriminatory airline! Just look at this mind-numbing insanity in action: This is insane. And obscene.

I yearn for the days of yesteryear. The “lawless” wild west of 150 years ago was a much more sane environment. http://www.buzzle.com/articles/the-wild-west-of-myth-and-reality.html This observation comes after watching a video entitled “Michael and Me” financed and created by Larry Elder (a conservative “black man” and radio show host from L.A.). This documentary quotes statistics and facts that pass critical scrutiny. Well worth the time investment. You can see it here:

This supports my own experience. My father gave me a .22 repeater for my 8th or 9th birthday (can’t remember exactly). I remember going hunting with him. I inherited his shotgun. I remember hunting for gophers with Bob Gardiner during my youth. We all knew how to be safe with firearms. The house was never locked. The key was in the car ignition. We played in the park long after dark – my favorite game was “kick the can”. We rode our bicycles all over town to explore new and exciting (sometimes frightening) areas. Our fathers only had to say it once – we heard clearly and correctly – and obeyed. The bad people were not visible.

In early December, Ricky D., my daughter Kenda, and I took the firearms safety training for Restricted and Unrestricted firearms. Outside a shotgun, I have in mind a handgun, probably a revolver. Here’s a picture of a .45-70 handgun:

And maybe a rifle with the same cartridge profile (.45-70) in lever action: Here is an excellent picture of this type of weapon in use. Wild piggy! Yum yum!: While surfing I found a listing of the “Top 100 SF stories”:

I’ve read lots of them, but no where near half…. How about you?

If you are having trouble using the basic computer tools of letter writing and spread sheets follow the link. Tutorials in pictures:

Interested in movies and documentaries? An on line source:

If you are using others, why not share with me? I have a list of sources that I will publish (later than sooner as is my wont).

Weird fish! Take a look at what goes on in the depths of the ocean. That’s it for me. I’m never going swimming in the ocean again! Give me a heated, chlorinated pool in the sun with a large beer cooler:

Especially for Rick and Tanner. Explosion welding! I think I missed my calling….. A totally awesome video. Who says war doesn’t have any useful bi-products?

2 million pounds per square inch. That would be like……. lots! I got thinking, what is a real life example to put that force into a perceivable framework. I thought why not water? We all know that when you are swimming, if you dive down the pressure change is directly and personally observable. So, how much water above your head would there have to be to get that kind of pressure happening……

The formula that gives the P pressure on an object submerged in a fluid is:

So, if you were to submerge something (or someone) in water to a depth of 4,489,796 feet (roughly), that would be close to 2 million pounds pressure. And that would be 850 miles (roughly). The deepest (known) water on earth is in the Marianas Trench – the Challenger Deep. It is 35,838 feet deep, or 7 miles (roughly). That is only 1/125th (roughly) of the depth required to experience 2 million pounds of pressure per square inch. Some monster pressure, Bambi!

Sorry about the Imperial measure Monseur Trudeau. I find it comforting. Talking about Pascal/Quacky/Desembler metres per Gloog makes me laugh out loud. Times 10 (laughs).

That example doesn’t work well – imagining being under 850 miles of water (vertical!) is a farce. How about lead? Lead is much heavier than water. Can you imagine yourself under a load of 77 (roughly) miles of lead? I thought not. How about uranium? That would be 46 (roughly) miles.

Isn’t it curious that one can imagine one million dollars (some of you have or have earned that much and more in your life), but two million pounds per square inch is almost unfathomable?

Onto another subject. If you are like me (fiscal conservative), I believe there are serious financial problems we all face in the West as we continue to mortgage the productivity of future generations. One of the problems I have is formulating questions in a Socratic style. If you ask Socratic questions, the person answering the question will discover the facts (dare I say truth?) by answering. My standard response to ignorance or stupidity is a gamut from incredulity to rage. Hence, the following information. A marvelous list of “Question Insanity: What to Ask Progressives” found here:

Some that caused mirth and snickers for me –

There are tonnes more at the link.

A few ‘toons that caught my eye over the last weeks….. I rejoice that this is a mild winter (so far) in Vernon. Here is a picture of the 16th snowfall. As you can see, it is fine and frugal. The temperature has been hovering around 0°C for weeks.

Compare with 2009 – by this day last year there were only 9 snowfalls, but much lower temperatures. And 2008 this date, there were 8 snowfalls and temperatures around -10°C. What does it all mean? If the current trend continues, I will shovel a lot more this winter – 16 vs 8 and 16 vs 9. And, March is still too far away!

That about cleans out the “draft” mail, the lingering curiosities, and sitting flat-assed at my desk avoiding looking out the window.

Cabin fever is a serious condition: As far as cabin fever, I’d much rather have the following terminal case: As a carrier of terminal CabinFever® my subjective inclusion excludes objective analysis. Not that I can change anything – just curious. Tell me, is there any similarity between the subjects of these pictures?

p.s. Ramirez doesn’t take too many days off – 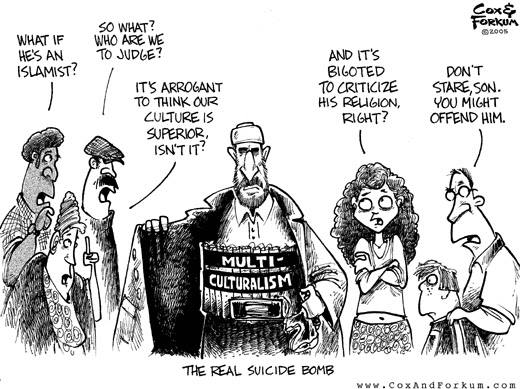