A short note on Amy Winehouse dieing. I have included music and comments about her in past PN rants. I first noticed her music because Kenda was playing something by her that caught my ear. I was taken aback by her rich voice, incredible phrasing, and inappropriate lyrics. All subjective one supposes, but nonetheless, a sadness. My lament was too bad she won’t use her incredible gift for good. I also discovered the complexity was measurable – an MP3 file of one of her songs is much, much larger than an equivalent song from less gifted artists. This speaks to me of a complexity of high magnitude in her music – both her voice and her band. I’ve attached a link to one of her songs that I think is her at her melancholy best:

It is always too late to ask. But,…….. what edge? what corner? what precipice? what thought? what emotion or combination of logic? what awareness? How do you define sanity? or despair? Goodbye young Ms. Winehouse. Summer has not arrived in the Okanagan. Sunday last was the only day in a month we haven’t had rain. The summertime is when I don’t have the patience or inclination to pound out my personal rants – winter is king for Lethargy and Lyric® in the Droverian world. But….

The next mowing of the grass will have to take place soon. In a sunny summer, I let the grass dry out – 3 mowings maximum for the season (one after spring growth, one early summer, one late fall). This year, I’m already at 4 (four) (IV).

May be time to move. Is there rain on the space station? How about dead Fords?

As I am wont, cartoons, comments, links, articles, whatever stuff I run in to that makes me giggle or want to remember, I put in a gmail note. I’m way lazy to actually write a journal. What follows is a bunch ‘o stuff I’ve been stashing since the start of summer. There is enough there to compile a note, so here goes!

The dream haunts my waking moments. 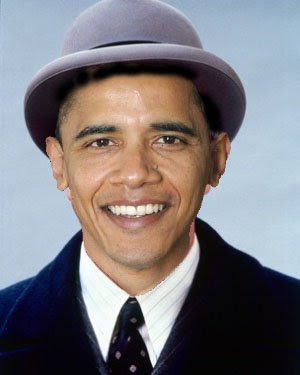 I kept this fear, this suspicion, this condemnation to myself. Just another paranoid moment, Davidy, I says to me self…..

I am not alone:

The man makes Forest Gump a viable POTUS contender. If you’ve been keeping up with the current financial woes of my favorite country, you may understand what an imbecile this man is……. I daren’t speak the unspeakable….. could he really be what some say he is, and is out to make the US the equivalent of many of the failed countries of the world?

If you are interested in a list of “accomplishments” by “The One” (and only….. I hope), take a look at this list of promises broken and trusts betrayed –

I like the efficiency of a good image to convey t’ousands and t’ousands of words: 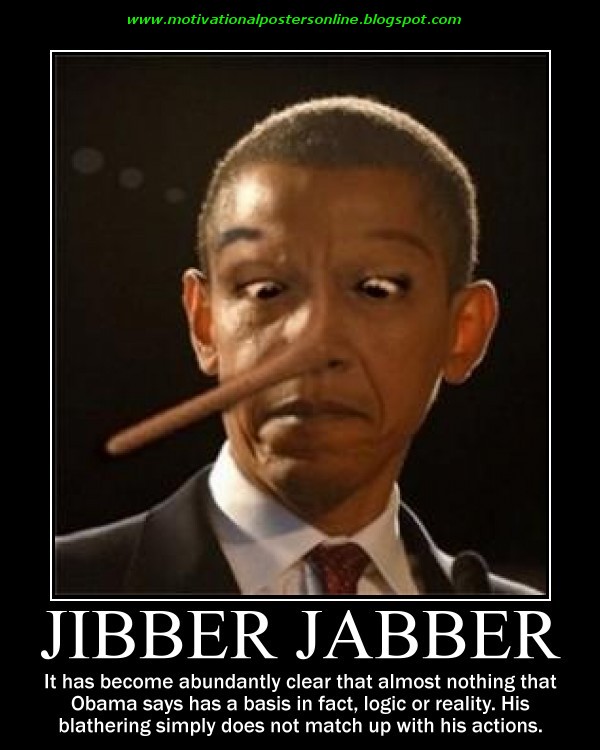 Not to your taste or proclivity? Unfair? Try this one, ye of gentle spirit. Sums up a ton right here: 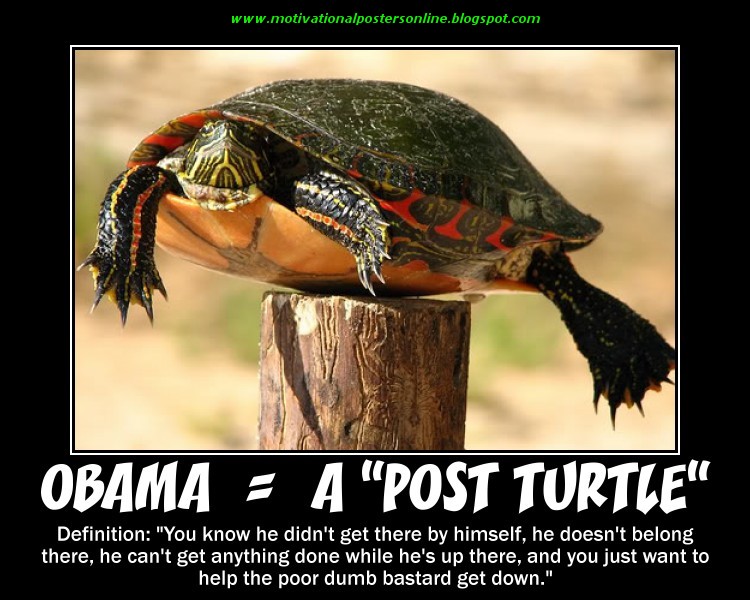 All is not as it seems. Or, as C.S. Lewis stated

“Education without values, as useful as it is, seems rather to make man a more clever devil.”

“You can avoid reality………
……. but you cannot avoid the consequences of avoiding reality”

Here’s Andrew Klavan on the subject of black’s voting for Democrats: 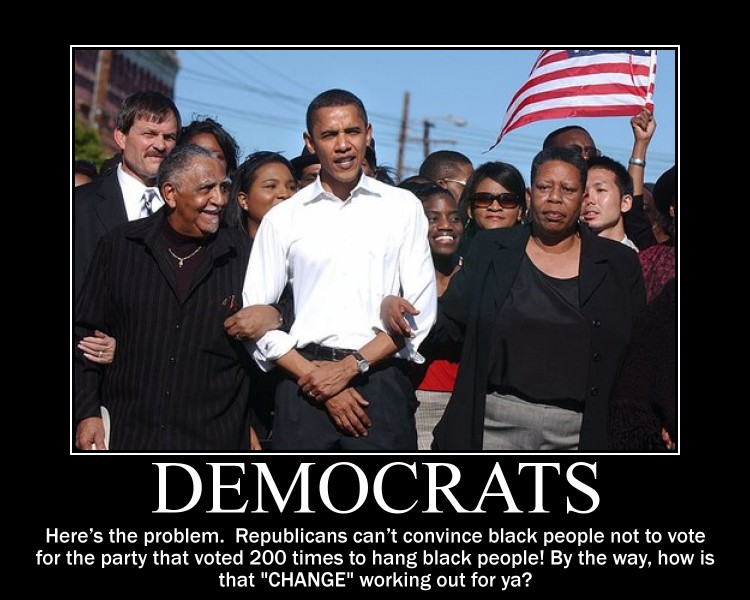 Some more images from the past: Look up Magna Carta fer instance. Not too biased…..

Here is a test for PC sensitivity. Look at the following image, then answer the question below: Your response to the above graphic is:

If you did “roll on the floor laughing my ass off”, you will be interested in the “official” know your mime website found here:

Look up the page on “That’s Racist!”. It is definitely a ROTFLMAO moment….

How about a mental challenge for those not too timid to try. What has this picture… “Entia non sunt multiplicanda…. praeter necessitatem” (entities must not be multiplied beyond necessity). Explained via Wikipedia: Occam’s razor (or Ockham’s razor)[1] often expressed in Latin as the lex parsimoniae, translating to law of parsimony, law of economy or law of succinctness, is a principle that generally recommends selecting the competing hypothesis that makes the fewest new assumptions, when the hypotheses are equal in other respects;[2] for instance, if all the hypotheses can sufficiently explain the observed data.

Hope that clears up the picture conundrum for ya….

It is a graphic message kinda day, so why stop now? 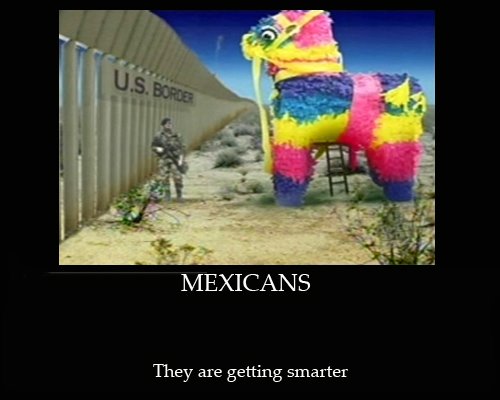 I think I’ll defy the weather Gods and work on a boat in the shop today. That will be good for the spirit(s). As any good pirate knows (and the bad ones too), the sun only has to come out to be measured ‘o’er the yardarm, then it can disappear again behind the cloud. ‘O’er is as good as past for a salty dog to assault the rum keg. Aaaarrrrrrggghhhh matey!