Seems that bureaucracy, union thuggery, entitlement issues, and a large deficit of “self dependency” are running up against Mother Nature. Mother Nature ALWAYS wins. Period.

In my home, I have supplies to last a month, minimum (for several people). If I eat the neighborhood cats and dogs, two months – can’t depend on that, though. I’m sure others would have the same idea. I’ve got two generators (one was built in China and it has proved to be less than reliable: inscrutable to this round eye). Stores of gasoline and diesel. City folk don’t think it could happen to them. Us rural dwellers KNOW it can and has happened – my worst case in Oyama was 3 days with intermittent power / severe low temperatures. For me, dealing with high temperatures is a piece of cake. One of the three conflicts facing individuals is man vs nature. Notice it doesn’t say “city” against nature. The smallest minority is the individual. That is where everything happens.

The aftermath of the election in the US has provided excellent examples of irony, sarcasm, and humor to amplify the obvious – 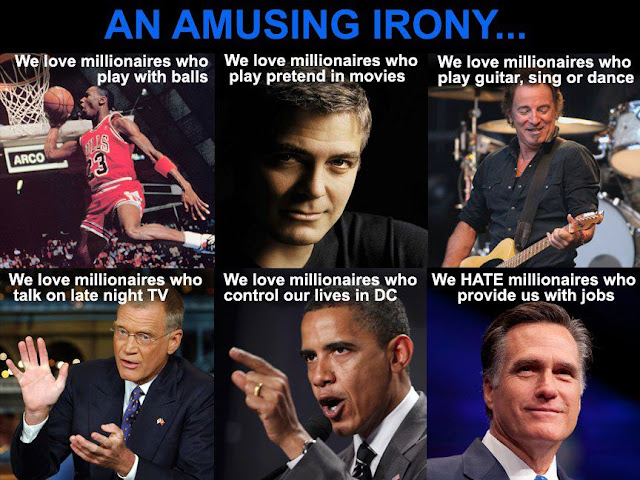 The atrocity of Benghazi has not been successfully hidden by this administration. I pray that all responsible are brought to “justice”. Here’s a summary to date:

With Benghazi so effectively smoke screened by the administration with unprecedented help from the main stream media, what chance is there to have an open discussion about Camp Bastion? Camp Bastion was the location in Afghanistan attacked 3 days after Benghazi, resulting in the worst single loss of military air power since Vietnam. Taliban murderers fully geared with American uniforms and armament infiltrated the base. Two American personnel were killed in addition to the loss of materiel:

The Obamamaniac’s administration is incompetent. If they are not incompetent it points to treason. Gotta get the following book: maybe it will help me understand the lunacy –

My bucket list is actually a trio of lists. The material list includes driving a Ford GT. Owning one would be a treat, too – 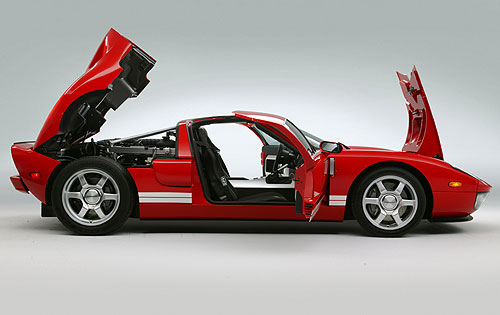 That wasn’t fast enough for Bill. Here’s his record run at Lorin – 311 mph on a motorcycle!:

So, what’s the fastest motorcycle? Here’s Rocky Robinson at Bonneville. 376 mph average (exit speed of 394 mph on one pass):

I’ve fallen off more than once. How far would a 240 pound fat bastard with a bad attitude skid if he fell off at 394? I bet I’d loose a lot of weight coming to a halt…..

My bucket list of things to see has several compartments, too. In the “technology achievements” category, I’d love to go to Bonneville for the speed week – http://www.scta-bni.org/events.html east of Wendover UT, and the Texas mile – http://www.texasmile.net/ at Beeville (south of San Antonio TX). I’d like to go to Beeville just to listen…… As opposed to a race or contest, these events are total technology – if the thinking and construction is valid, the outcome is usually satisfactory.

Items which made me smile or guffaw this week – Let him drink, and forget his poverty, and remember his misery no more.

I have megalomaniac tendencies. OK, ok, I am a megalomaniac. I find the following interactive site fun:

You can place the marker anywhere on the map of the world, determine destructive power (in a variety of kilo or megaton sizes), then light it off!! I chose Tehran just for fun. Big smoke! Fear me, weasels of Allah!

A definition of perfection follows – As if I needed reminding, ANOTHER indicator that I am above average:

No excuse. None proffered. None expected.

“I am not ashamed to confess I am ignorant of what I do not know.”
Marcus Tullius Cicero

Circular logic at it’s finest. And antique, too! Mayhaps it was a poor translation…..

Quotes are interesting. If you analyze a quote, really try to precipitate the meaning, and it becomes less coherent the longer you reflect on it, you have found a logical disconnect. Few quotes can withstand intense dissection. For example, here’s one from Canada’s “Great One”, Mr. Gretzky –

“I skate to where the puck is going to be, not where it has been.” – Wayne Gretzky

Seems sage, witty, intuitive, perceptive, even brilliant. Not everyone sees it that way. Here’s Jill Rosenfeld of the “Consultant Debunking Unit”:

The ability of the American people to maintain their republic rests on the foundation of a “virtuous and moral people”. The government as elected “democratically” is but a reflection of the virtues and morals of the citizenry, hence it is a waste of time and effort trying to change “government”. The issue is changing the populace. Remember when you were young? QED. This is painful to watch but full of good stuff (Ron Paul saying “goodbye” to politics):

Perhaps Mr. Paul didn’t make more of an impact in public life because he is such a poor public speaker. He couldn’t even read his own notes! Should have invested some time attending Toastmasters. Criticism aside, he presents many well founded thoughts about our current state. I AM a liberterian I reckon. Drover, heal thyself. Time to work on virtues and morals.

I am a gun advocate. No big mystery. My first gun was a BB rifle (Daisy) that I received before my 8th birthday. On my 9th birthday, I received a .22 rifle. My dad was very adamant that I understood what this tool was designed for, and how to handle it safely. The lessons never left my consciousness. The Canadian Gun Registry was a fiasco. There is a hero in our midst. The article spells out what we freedom seekers (more guns, less crime) already know and believe:

Remember the fiasco when Betta males were responsible for the “Montreal massacre” at Ecole Polytechnique……. Unpardonable, unbelievable, irreconcilable. A gun savvy Alpha male environment would have made this atrocity impossible…. I’m up with the American 2nd amendment. It is a universal (natural law) “right” that cannot be intervened by government. As a living entity, you have no requirement to seek permission from any authority to protect your life or property.

I read “Exodus” a very long time ago (Leon Uris). I was so taken with it, I read everything Mr. Uris wrote up to that time. These books (and world events, history) formed my appreciation for the state of Israel and those of Jewish orientation. This short video vividly demonstrates what it is like living adjacent to Gaza in today’s world:

This is normal? How long would it be tolerated here? It ain’t apples and oranges, but the V1, V2 rocket attacks on England by Nazi Germany were rejoined most vigorously and at great loss of treasure and blood to both sides. Time for Israel to be “the strong horse”.

Israel, I love you! Finally, the rocket attacks are visibly being thwarted (if not repulsed or paid retribution):

From the link below, this picture shows a rocket leaving Gaza headed for Israel –

If you want to see more pictures, here’s a link:

Observation: Either the press favors Palestine or the Israelis are much better shots….. Maybe it’s the payback the morons who claim to be “Palestinians” have been wanting to garner international sympathy……

Sign in a small town gun shop somewhere in America –

Here’s the oak tree in the back yard. She won’t give up her leaves –

Rain, snow (2 snows to date, totaling 3 inches of the not so good stuff), cloudy, but mild – hovering around zero at night, up to 4 degrees C during the day.

This is a picture of the Okanagan weather guide – 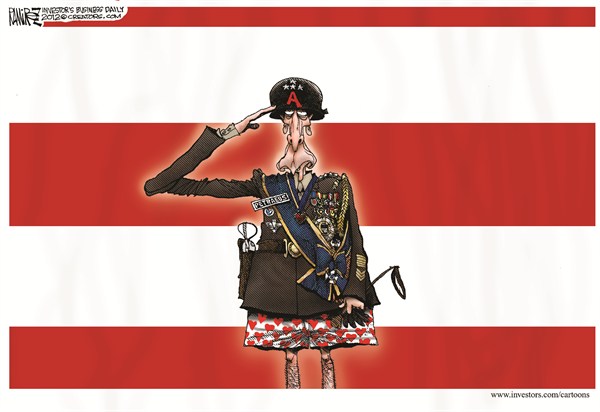 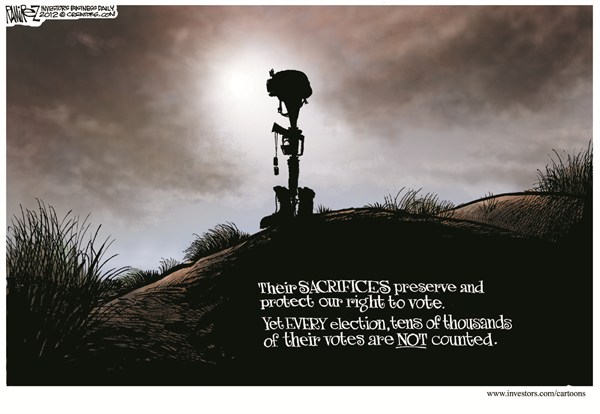 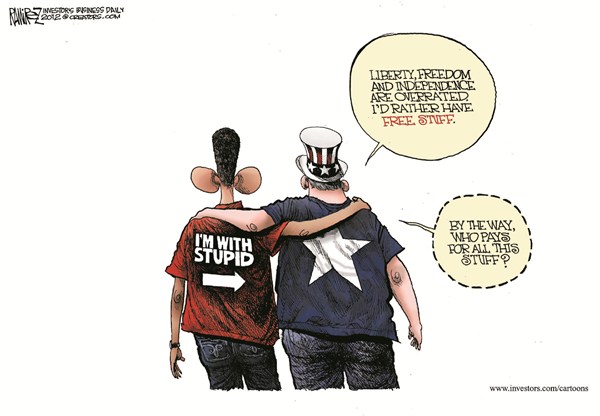