I’ve been remiss in sending my little treasures to all y’all (and myself) for weeks.

I thought retirement / summertime would be sipping lemon-aid and rocking on the porch.

A few weeks ago, I had an interesting trip to the (middle) north country of BC. Kitwanga was the destination, driving “Bru” (that’s Japanese for “blue”) the modus:

That load on the low bed weighed somewhere over 15 tons.

I expected to take plenty of pictures and create a storyline to help me remember the trip.

I left my camera on the kitchen table. So much for the pictures.

I drove 10 hours a day without stopping. So much for storyline featuring colorful characters and rugged individuals….

The route north of Kamloops I took was the # 5 “Yellow Head” highway because it is easier on a heavy truck more suited to prairie travel than mountainous BC. Fewer mountain passes / steep grades on that route. Bru is a 1999 Freightliner with 1887448.9 km. on the clock when I turned her over to Dan (the owner) at the Hat Creek Ranch. That’s right. Almost 2 MILLION kilometres on the chassis. The Cummins N14 engine (tuned for 500 hp) was re-built about 400000 km. ago. The weak link is the Eaton Fuller 15 speed transmission. The bottom 5 gears get you to 10 km/hr, so Bru is essentially a 10 speed highway tractor….. Gear separation is approx. 400 rpm (@ 1500 rpm shift point), which is too tall for some of the mountain passes – you end up above the best torque range, or below it because it is only 400 rpm (1300 – 1700 rpm). Bru would be more excellenter with a Road Ranger 18 speed, which gives you a half gear (or 200 rpm @ 1500 rpm shift point).

At Tete Jaune Cache I took highway 16 west to Prince George, continuing on to Kitwanga on 16.

The province of BC is magnificent. What wonderful geography. And the areas west of Prince George are spectacular farming / fishing / logging areas. Beautiful lakes, scenic views, and not too many humans. Marvelous.

I have driven or flown over a large part of BC. My summation?

Only politics and politicians could eff it up so badly that BC isn’t the most prosperous province in the Dominion.

Might as well stick both feet in it and say the unions and indians have a large role in the effing up, for the aforementioned reason above….

What’s noteworthy these past weeks?

Some say the Olympic Games!

Aren’t those little Chineeses something? The path to “winning” is devious. Badminton? Christ on a moped, what total idiocy.

And the Muslims, too. Olympics in Londonistan:

The word “Politics” must be a Swahili term for “ass kissing”. Or is that too frickin’ racist of me?

A short message about Mitt Romney / capitalism from a former Soviet official – Ion Mihai Pacepa – the highest ranking defector in the history of the Soviet Bloc. An important read:

There is no more positive truth to the media being a lefty political organ than their reluctance to critique the current administration.

In the absence of true “vetting” by the MSM, I feel the following pictures present thousands of attitude messages.

For instance, how could this arse hole ever become a “leader”?? – Mayhaps it is the work of his supreme leader –

Who has a certain problem – 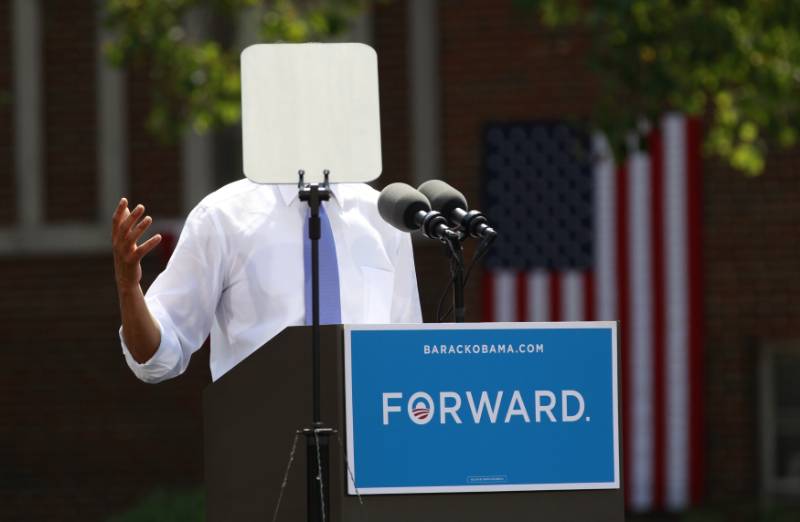 There is a theory that history does not repeat itself if diligence, comprehension, study, honesty, and truth are honored. Not so:

The nefarious approach to “sharing the wealth” the current US administration promotes bodes no wellitynesseroo…..

Another statement from the grass roots –

You can read about Mr. Gaster here: http://www.foxnews.com/us/2012/08/01/georgia-businessman-posts-sign-after-didnt-build-that-debate/#ixzz22K2GACc1

Some history reminders for the last few weeks –

Drop the bomb in Hiroshima. Where are you on the morality issue? Watch here and re-assess:

A pro Harper piece for all y’all prairie folks:

Can you believe it? A criminal prosecution when you try to sell your own (legal) crop? I can. Same thing happens at the dairy board, and the fruit “unions”.

Time never rests (just like rust). It’s a year since Jack Layton departed this “vale of tears”. I’m not and never have been a fan. I’m not alone:

Once in a while, don’t we all ponder the essential three questions? Who are we? Where did we come from? Where are we going…..? A short video on where we are going:

Should humanity still be present (in some form) those many years from now, it would behoove them (us?) to observe this event from some other perspective….. A short video on “cronyism”:

Other than the definition provided, my favorite line is “why be a tax payer when I can be a tax spender?”…… Indeed.

Femto-photography is a reality at MIT. That’s trillions of frames per second. The above video shows the travel of a photon through a Coke bottle filled with water.

Passing of note – Neal Alden Armstrong – first man to walk on the moon. Here’s the video of that famous time:

Of course, not all the media got it right. Here’s NBC’s attempt to tell the news – For the car addict I offer this comparo – Ford Fiesta vs Lamborghini:

His Fiesta is slightly modified from the one you would buy at the friendly Ford dealer.

A summer sunny day out here boss. Not much heat.

Joe (Got Nuthin’) Mekanic
p.s. Ramirez is a truther….. 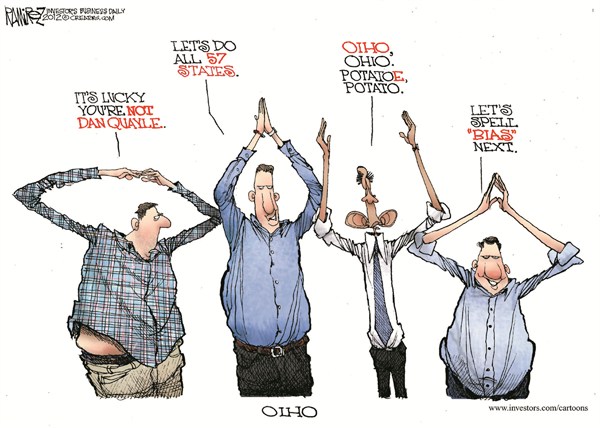 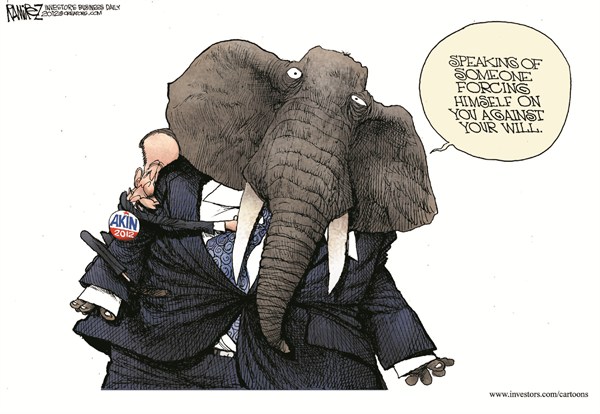 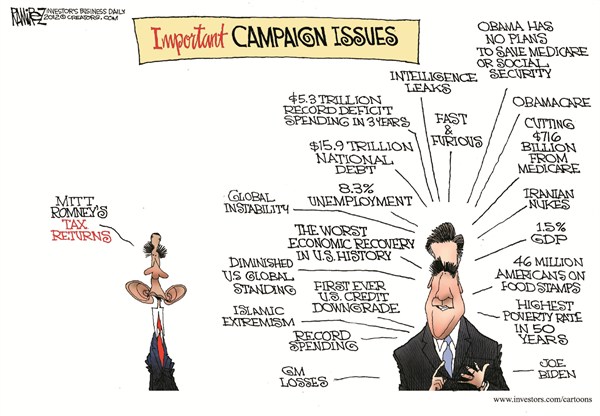 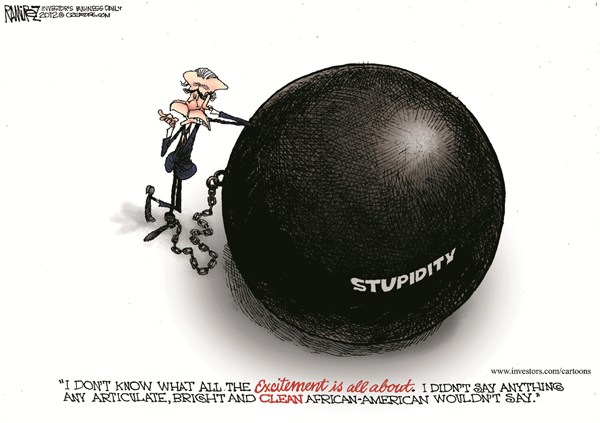 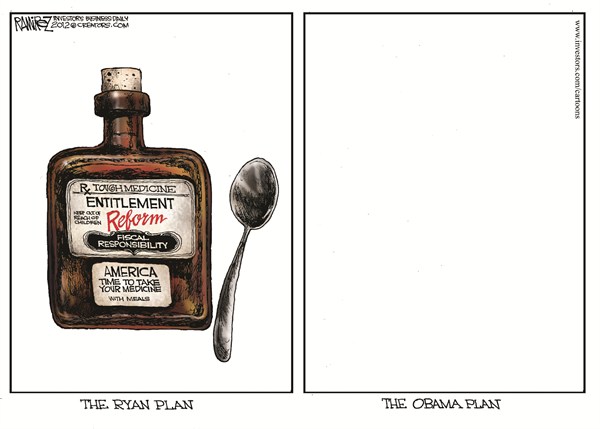 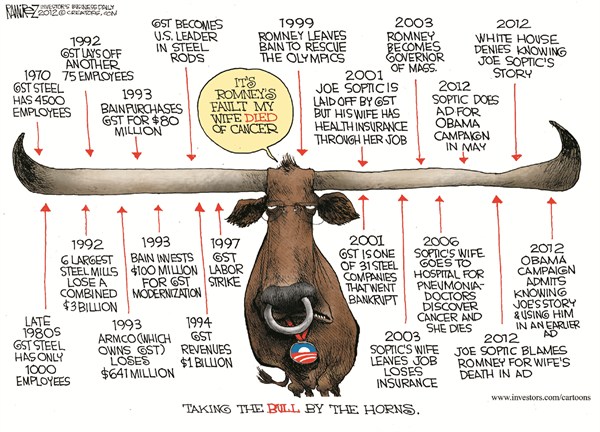