Some accumulated curiosities since the dawn of 2012. I’ve left out dozens. Feeling charitable…..

Victor Davis Hanson with an insightful review of “the no news stories of 2011”: 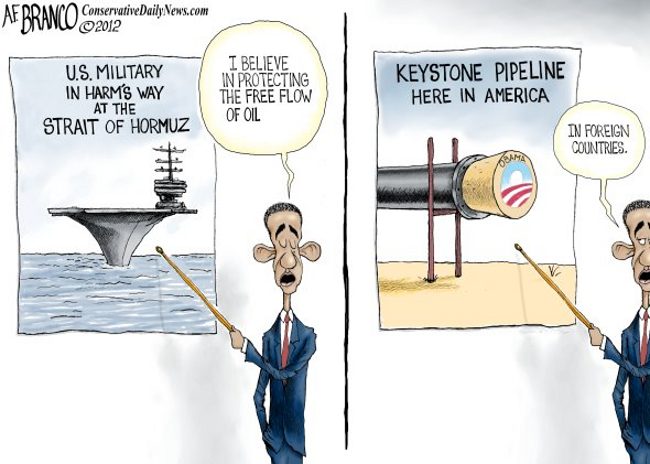 Click on this link to see an incredible collection of artwork on bomber jackets. Brings tears to my eyes:

Incredible artwork, and incredible audacity, all in the same picture. (Audacity – boldness or daring, especially with confident or arrogant disregard for personal safety, conventional thought, or other restrictions.) The heart rending feeling is reading the comments on some of the pictures about the fate of those bombers depicted on the jackets, and knowing almost without exception all of these fearless men have passed. Here is an example:

Ever wonder what would happen to the city folks if the bad guys ever gain the upper hand? Here’s an excellent recitation about THE most under rated individual in our society:

I have no idea where the “occupy” troops expect their daily bread to originate from, or under what wacky “rules of largess” they believe they are entitled…..

I find it beyond amusing (more like frightening) that your average citizen doesn’t know squat about much of anything, but when it comes to Armageddon-ish concepts, they are all over it like white on rice, each and every one a subject matter expert. Global warming is one. The crap with the Mayan “calendar” is another. I’m with Dennis Miller, who said he couldn’t trust any tribe predicting the future if they couldn’t invent pants. Listen here:

A couple of images on the same subject – A rather thorough and simple explanation of economics and how to solve the woeful economic problem in the States:

Once again, the plastic to oil conversion machine:

25 tips from everywhere to use in your home. Genius is everywhere!: Did you know the “March for Life” rally on January 23, 2012 flooded Washington DC with over 400,000 demonstrators. Betcha there was no news on your local / national network feed. This is the 39th year in a row – each year the number of participants grows. According to this “news” release from NBC (one of the very few I could find), “thousands” attended. Read and weep:

Really? Thousands = Hundreds of Thousands? If you ever had any doubt the press has an agenda, what will it take to open yer eyes?

It has been 39 years since the Roe vs Wade decision. Over 50 million abortions have been performed. How’s that for an “immigration policy”?

Canada is the worst. Abortion is permitted up to and including the moment of birth. Shame on you bold giants of legal hypocrisy.

How about a dissertation on the power of weakness? Read here:

A powerful quote from the above –

In a society where people are expected to feel responsibility for planetary catastrophes and local inequities alike– weakness is the greatest form of freedom.

Weakness is moral freedom because it liberates you from responsibility for your own actions and those of society. It is political freedom, because the weak can never say or believe anything that is inherently wrong, only “unhelpful”. It is political privilege because politicians are expected to pay more attention to the downtrodden. It is economic privilege because companies are expected to redress social ills by advantaging the oppressed.

This dependent-independence from the system is a paradox as the weak derive maximum benefit from the system, while taking the least responsibility for it. It is the essence of the un-citizen of the nanny state who does not need to care how things are run, so long as they appear to be run for his benefit.

Do yourself a favor and read the entire article.

Fried food isn’t the culprit. At least not with the beaners:

It is difficult to curtail the “bleeding heart” response in North American culture. Here’s an article that spells out the ill effect of “Aid” in places such as Haiti:

A photo that has received a lot of attention in recent days. Jan Brewer (AZ Governor) talking to “teh one” during his recent repeat snub in Arizona. The caption reflects the sentiment of a (very) large number of people –

Sheriff Joe is the famous Joseph Arpaio, the originator of the “Tent City” incarceration system in Arizona. And the revival of chain gangs. And pink boxers, and pink handcuffs. Read about him here:

He is of heroic stature. You might take a look at his website to see if anyone you know has a current mug shot. Take a look even if you don’t have relative in stir. These are the people he deals with on a daily basis. Holy mother of Jesus on a unicycle. Some crazy lookin’ mofo’s:

Under “Sex Crimes” take a look for a man named Robert Gene Hebner, and tell me women shouldn’t be trained in the use of side arms and granted concealed carry permits. No use. If you try to tell me, I’ll refer you to the article below –

Namely, the soft underbelly of life in the Western Cultures®, and the concept we refer to as “liberalism” or “progressivism”. Liberalism IS a disease, according to Michael Savage, and clinical psychiatrist Dr. Lyle Rossiter:

Speaking of POS individuals, Al Sharpton was allowed to speak at Etta James’ funeral. However, Etta James’ herself, and her family approved of Christina Aguilera’s version of “At Last”. I listened to her version that she performed at the funeral. FYI here is a link:

Alas, I couldn’t listen to the above. Perhaps I’m not black enough (whatever) to appreciate the grand-standing, dramatic, hyped rendition she offered. Instead, I give you Etta James in her prime singing her signature song: