In the tradition of Yoda (No! Try not! Do or do not. There is no try.) I did not this week. A most complex and wondrous “PN” rant segment was lost for all time on Wednesday evening. The new (to me) Microsoft Optical Intellimouse™®© I bought has features that I am learning the long hard way. I be Grasshopper. Black armband for lost rants. Boo hoo. The cartoons were awesome…… How many millennia to bake that cake again? (obtuse reference to “MacArthur’s Park”) Of all the music I’ve heard for the first time this year, nothing can touch this piece by John Prine and Iris Dement – “In Spite of Ourselves”:

Makes me smile every single time………. John P. is OK (for a high mileage burnt out Vietnam vet. and ex postal worker). Iris Dement is unique and fantastic. Here’s herself singing a most melancholy tune, “Walking Home”:

Evokes similar feelings in me as Lucinda Williams’ “Bus to Baton Rouge” – surges of melancholy mixed with remorse and smiles. Couldn’t find a decent version on YouTube (horror of horrors!) of Bus to Baton Rouge, but if you torrent you can get it all…..

Which segues to a contemplation of the word “semantics”. It oft implies a negative connotation in colloquial speech. It really means the study of what words mean alone or in the context of other words / a sentence. Combine this with memories (well remembered or imagined, or some combo), experience, and “G Factor” (a.k.a. the definition in “Intelligence, Race, and Genetics – Conversations with Arthur R. Jensen”, by Frank Miele) to produce a very complex understanding that the words don’t carry universally. Truly, the sum (of comprehension) is greater than the parts (words and phrases) for me. I wonder……… is it so for every listener? Must be so….

Another example, non musical. The following wonderful story puts in words some of the feeling I have for America:

Aside to self: Remember that first trip to Buffalo NY to meet your grandfather’s brothers? If my eyes had opened any farther my skull would have popped out….. Those were my first impressions…..

Back to music, what think ye on reviewing this list of the best all time no joking we’re serious one hit wonders:

Somewhere I’ve got a folder with 99 “one hit wonders” in it. I don’t recollect ANY of the above songs in the folder. A sign of aging……?……!

In memory of Twinkies, a few HoHos – When did you want that done? – CANADA POLITICS
What’s with Canadian politics? We have grown rather large international-size cojones. Big, big Stephen Harper fan these days (more than before). A short article of our man Harper:

Read it, and be proud. Very proud. But wait, there’s more! In UN news of the week, here’s a not very eloquent John Baird delivering the PM’s excellent Canadian position statement at the UN:

John could use some Toastmaster’s time, and maybe a year or two of drama coaching (refer to Nigel Farage – [youtube http://youtube.com/w/?v=HhGNoZfvRoA] ). Nonetheless, he makes an excellent case reviewing the history of the area from 1947 to date in UN articles and resolutions passed. The “Palestinian” effort to bypass all the history and effort is recognized and not supported by little old Canada…… Go Canada, go!

And what’s up with the bloody Liberals (Canada’s “natural” party). Ezra Levant tagged baby Trudeau with the moniker “Shiny Pony”, and it is sticking. Here is a comparison of the background and accomplishments of Marc Garneau vs said Shiny Pony – opponents seeking the Liberal leadership role (no contest in my humble O):

If the Shiny Pony succeeds in garnering the Liberal leadership, I’ll have to decide whether its deja vu (through an American Glass Darkly), presque vu (I haven’t seen this horror movie before!), or jamais vu (sacre bleu! C’est impossible que! Yet here it is!). See http://www.youtube.com/watch?feature=player_embedded&v=CSf8i8bHIns#! The dirty trick of manipulating “the culture” is out in the open…. Once “the culture” realizes how it has been played, what happens next? No worries! The Americans are exploring that 4 years ahead of us. Keep your citizens in the dark and feed them BS all de doo dah day: what’s curious with this picture? Stay tuned…..

AMERICAN IMPRESSIONS THIS WEEK
American Thanksgiving has come and gone, along with “Black Friday”, “Satiated Saturday”, “Some-more Sunday”, and “Much More Monday”. Veronica sums it all up nicely – Bill Whittle is getting better every day. Video of a presentation describing the shame the Republicans have in living their own message:

I’ve often stated similar reasons why I couldn’t be the leader of the “free” world (I would push the red button until all the bad guys were glass).

Here is the longer version – Awesome Bill from L.A. Raw, uncut, this is before the above first shorter clip. A warm-up while he collected his ideas.:

Glen Beck’s “Obama in Pee Pee” charity raiser (expose of the hypocrisy of the left in defending the First Amendment) caused an uproar culminating in eBay terminating / prohibiting the auction of the item. Here’s Mr. Beck explaining it all to the slowest amongst we:

I’m grinning. Glen Beck ain’t crazy. How did they say it in the theme song from “Shaft”? Oh yeah, –
They say this cat Shaft is a bad mother
Shut your mouth
But I’m talkin’ ’bout Shaft
Then we can dig it
The tendency to bend the law to your own devices is irresistible….. however, resistance is NOT futile. 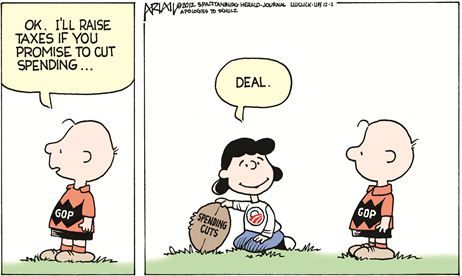 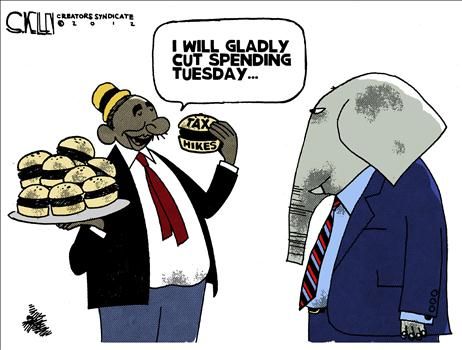 Meanwhile, in Greece, they are starting to shoot the messenger:

Once again, feed the citizens kumbaya until the fact(s) (de troot a la My Cousin Vinnie) is / are discovered. What a tragedy that people should be accountable for their own lives and welfare. I have it on good authority (my lyin’ eyes) that it isn’t a phenomenon reserved for foreigners….. Nothing scarier than a mob. Go ahead, keep voting yourself advances from the treasury. Keep robbing your children’s chances of prosperity. Democracy? Give your head a shake. It’s called mob rule for a reason.

Pat Condell is a consistent, clear voice of reason. Here he is again, fighting the good fight with well crafted language:

Why DO you think there are no bomb shelters in Gaza? Pat has X-ray vision.

I love Christmas lights. They remind me of the people who voted for Obama.

They all hang together; half of the little bastards don’t work; and the ones that do aren’t that bright.

GIFTS FROM OTHERS via eMail

Again from Bernie – the ultimate “Drunk Fails” video. Hilarious! I think I know some of these people: Quote of the Week

“The only rule that ever made sense to me I learned from a history, not an economics, professor at Wharton. “Fear,” he used to say, “fear is the most valuable commodity in the universe.” That blew me away. “Turn on the TV,” he’d say. “What are you seeing? People selling their products? No. People selling the fear of you having to live without their products.” Fuckin’ A, was he right. Fear of aging, fear of loneliness, fear of poverty, fear of failure. Fear is the most basic emotion we have. Fear is primal. Fear sells.”
― Max Brooks

It is Sunday. I was raised Anglican. Actually, my lovely well meaning parents tried to raise me as such. My time in Sunday school was brief. I did question a lot of things that didn’t make sense, which hastened an invitation to cease attending. As insightful as my observations were, I missed the following. Take a look at the 4 best over reactions in the bible. WARNING! Not safe for those with a sense of humor that does not include material related to Elahah / Ehyeh / Gitche Manitou / ho theos / God / Allah / The Big Cheese / Elohim / Jehovah / et cetera ad infinitum:

Maybe something was lost in translation from the original?

Somehow in my “education” the journalist H.L. Mencken was not given audience. A short article by Jared Taylor entitled “The Irreverent Mr. Mencken” has piqued my interest. All aboard for Menckenville!:

Gotta love anyone who tells it like he sees it (and you agree with). God spare me for dangling a participle….. Got excited…… and spare me for being the arrogant pea-brained weasel I’ve grown to be.

Weather continues gray, grey. Cloudy, rainy, still, still. The back yard is a mud bog. I’m smiling and wearing sweaters. Sorry for y’all in Cowgary. You DID have a chance to leave. 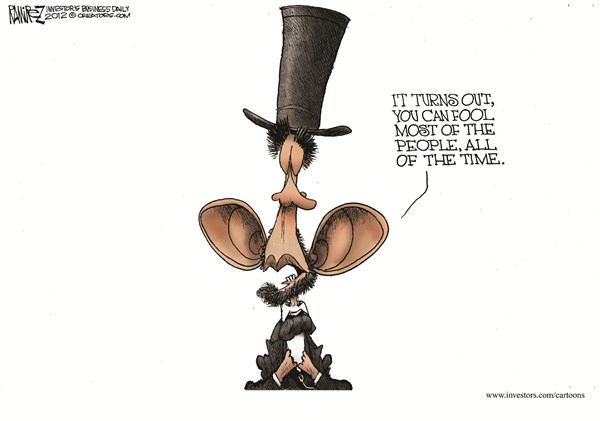 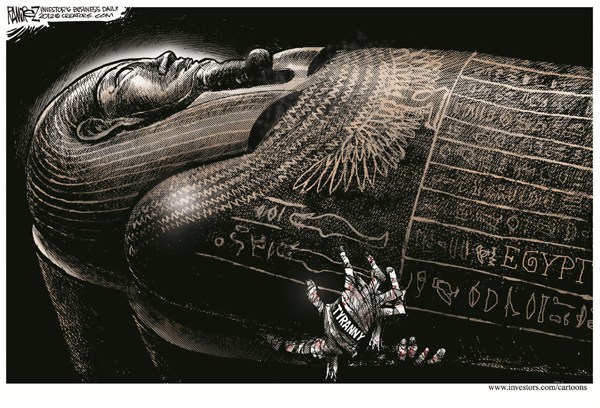 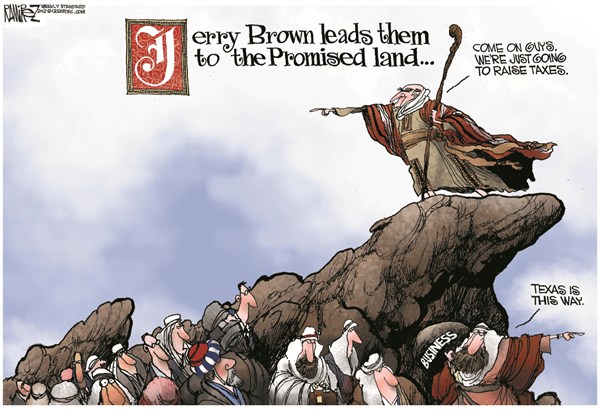 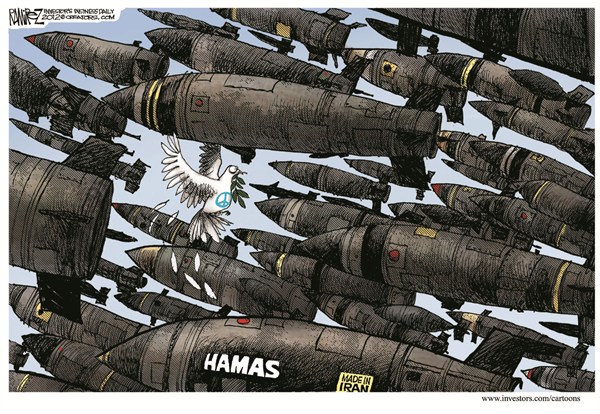