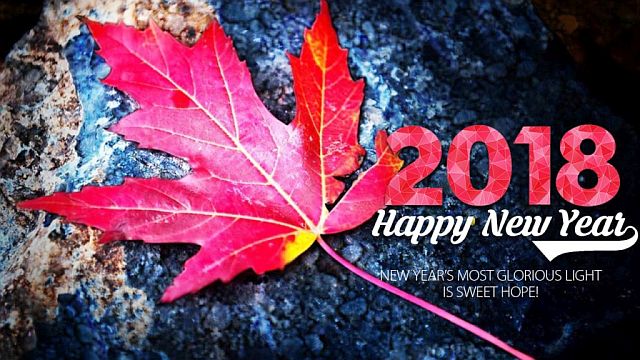 To all our family, friends, and acquaintances, the best year ever is nigh!
Sitting at our desk on New Year’s Eve, Joe and I are reflecting on the highs / lows, pros / cons, best / worst, as well as the bloody miracle that we’ve survived calendar year 2017.
And what a year 2017 was.  More in next year’s rants.
Even so, I’m convinced our 69th orbit of Sol will be more exciting than any other, of that I’m sure.
Joe says I feel that way because my memory is not too crisp….
I say it is because doG has been kind in letting me believe I haven’t yet reached personal apogee and awesomeness.
Which causes Joe untold paroxysms of mirth.
Joe below mirthing.  Don’t look behind you Joe!  It’s kinda scary! 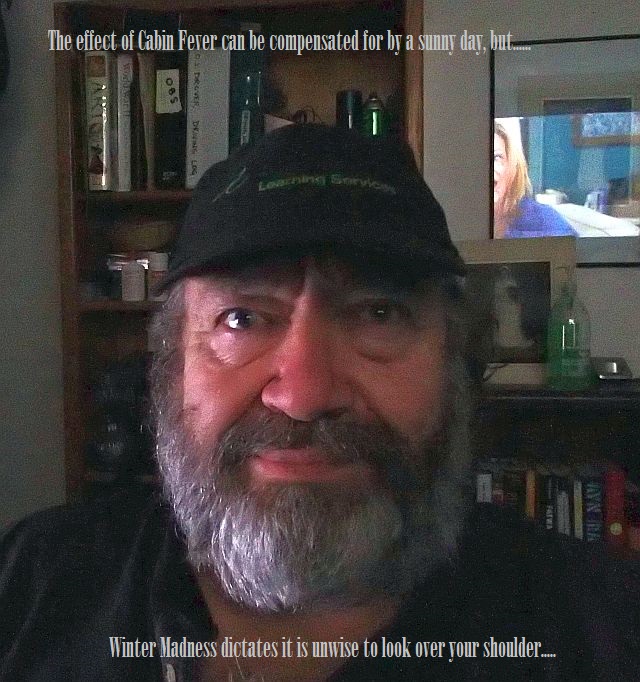 p.s.  Joe and I do NOT have hypertropia or hypotropia.  The eyes of people with that condition don’t point in the same direction (think Marty Feldman).
The condition of having one eye lower than the other is orbital asymmetry.
The condition of having facial hair is caused by genetics and testosterone.
The Cabin Fever and Winter Madness are optional extras….
Wishing everyone the best New Year ever!
Lyric from the Pink Floyd song High Hopes,
from Joe and I,
old and tired as we are,
whistling past the grave yard,
from lessons past,
to a hopeful future,
to the best in us all,
recall that…..
“The grass was greener
The light was brighter
The taste was sweeter
The nights of wonder
With friends surrounded
The dawn mist glowing
The water flowing
The endless river
Forever and ever”
a song of Hope and Renewal:

Special Math Edition
This week’s Sunday Rant is the 53rd release in 2017.
When (in October) Joe calculated remaining Rants for the year, he yelled at me for misnumbering one of the rants, because everybody knows one year = 52 weeks.
While he was yelling, Joe did a quick calculation: 365 ÷ 52 = 7 (with remainder 1)  and promptly stopped yelling.
Instead, he said how obvious!  Every 6 years maximum ( a Leap Year adds to the excitement) there will be an additional rant.
So Joe says David, go see the first year of our ranting, because this is the first time a 53rd rant was composed.
This website warehouses our ranting back before it was a weekly Sunday release.  The first (earliest saved) was an email dated October 19th, 2010.  These early missives were emails sent whenever I thought there was something of interest and / or value to share with “PN” (Personal Network).
That is 7 years ago, but not relevant.  What is relevant is the first Rant of 2017 released on January 1st was a Sunday.  Our convention is the Sunday date (year) determines the number.  Joe says this is the only way for this to happen in a non-leap year.
Going back in the way back machine (Mr. Peabody), the first Sunday (weekly) rant was on June 3rd, 2012.  Up to this time and ’til some time after these rants were composed in an email and sent on Sunday.
Not without incident.
The frustration was first with TELUS mail, which restricted the parameters of the note, and contributed to many bashing screaming tirades against their idiotic IT wizards who authored the TELUS email client.  We switched it all to Google mail in late 2010, but continued to have a problem with loosing information or videos or the entire note if / when an incorrect keystroke caused a calamity.  This frustration was band-aided by NOT filling in the group mailing list in the address of the email, prohibiting release, but the other problems that restrict the content of an email were not resolvable (because of the restrictions on email).  We decided that the solution was to build a website.
By “we” I mean Mr. David Sword, page builder and website supporter/builder extraordinaire.  If you are contemplating creating and owning a website, I recommend him without reservation.
In March of 2014 the idea donned on me to number each rant with the week of release.  The first done this way was Sunday Rant – 1014 (March 10 of 2014).
On October 26, 2014, the first Sunday Rant (4314) was released on my very own domain (Droveria.com rocks!) at 9:08 a.m.
Although the hosting server has changed three times (maybe more) since creating Droveria, the medium is much happier to work in.  Not perfect but much happier.
Next year will be the 4th of Droveria.com.
It will have 52 Rants.
Calendar Math says so.  Come on in and browse around.

Christmas Comments
I am a softy when it comes to Christmas movies.
For years I’ve forced Joe to watch them with me (he doesn’t complain or argue any more – we really did binge this year).
They are wonderful relief at a stressful busy nasty weather time of the year.
The bonus for me is you can fall asleep for any portion or part of the movie, but if you see the first 5 minutes and the last 5 minutes, you know what happened.
Joe says he likes the up-beat cheerful positive optimistic message, which is quite rare in the avalanche of hysterical media we all are exposed to hearing and watching.  Another plus is the women are all truly stunning beauties, and the men ugly enough to allow normal folks (Joe and I are a stretch) to believe.
It should be no surprise that the best of these “B” features (Hallmark produces them with a cookie cutter methinks) have drawn the scorn of the Lefty/Progressive crowd, who scream racist and white privilege and culturally oppressive/exclusive, depending on the particular lie they are shouting.
Indeed, they have targeted Hallmark.
HELLO PROGRESSIVE MORONS!! 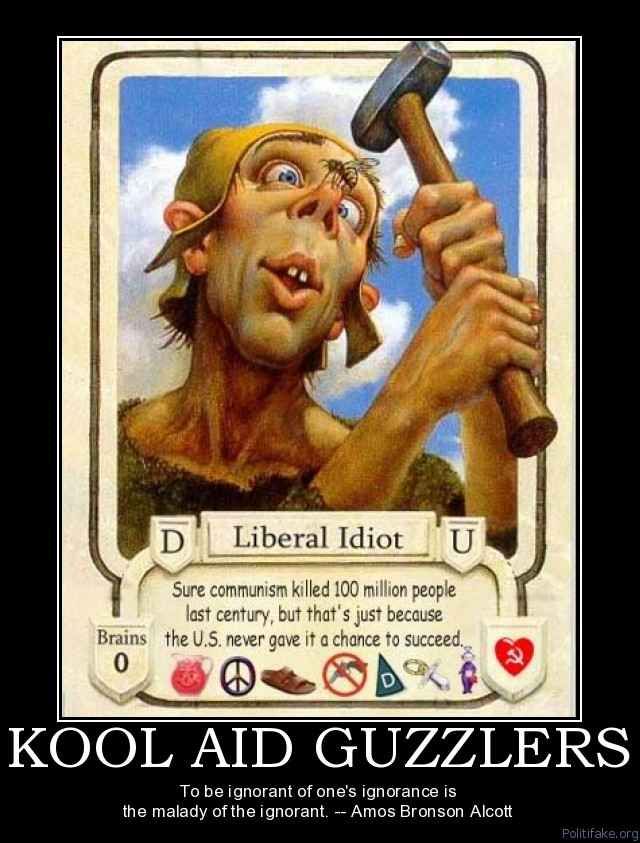 White Christmas means snow on the 25th of December (you ignorant asshats).  Snow is white (blood is red, the sky is blue, grass is green).
Just another attempt by the postmodern Marxist crowd to divide and conquer:

(The above excerpt from a convention sponsored by The Speakers Action Group early in 2017 – view it here.)
Time to break some PC norms and bring back the word “RETARD”, for that is who these upright on two (but not quite human) meat puppets emulate.
Retarded was the former PC talk to describe the IQ of extremely low functioning persons as a group, for the “technical” terminology was felt to be insensitive – i.e. Idiot = 0 – 25 IQ, Imbecile = 26 – 50 IQ, and Moron = 51 – 70 IQ (Note that this indicates the average person in sub Saharan Africa is a Moron at IQ 68).
Re-think……
To call the Left/Progressive mind “Retard” is not fair to those unfortunates who are retarded (idiots, imbeciles, and morons).
Joe says 10 out of 10 times, any retard would LOVE these Christmas movies, the seasonal festivities, the lights, the music, the focus on family, friends, loved ones, the food, the drink, the theme of joy to the world through the philosophy of love thy neighbor, and the hope that peace on earth is possible.
It seems only fair to generalize about the Left/Progressive folks the way they do about others.
Joe has suggested “Asshats”, “Jackasses”, “Stupids”, but realizes their true nature isn’t captured by any one of these words.  Fluggelsnorffs was also considered then rejected.
Joe and I (modestly) admit that we have been Masters of the art of name calling in the past, and we are working on coining the perfect all inclusive incredibly demeaning one word descriptor.  They deserve no less.
Until that time, suggestions anyone?

SkyNet Is Now
Joe and I stumbled across this little mind boggling item while enjoying a seasonal libation – CERnog (chocolate/eggnog/rum – yum yum!).
Joe muttered something about once more into the breech……

This is the Pandora’s Box Paradox.  Once the information is known, much like a bell ringing, it cannot be unknown, unheard.
The pleas for restraint will be voluminous but in the back room secret laboratories around the world, the trail will be followed to its logical end for scientific, defense, and paranoid reasons.  Joe says this is much to do about something.  Joe also says our Nazi scientists can beat your Nazi scientists (or we’ll steal yours away!).

Pamela Geller in Toronto
A most courageous woman who changed her entire life focus the morning of 9/11 in New York city.  Ms. Geller is a warrior.
The following video of her addressing a dinner sponsored by the JDL (Jewish Defense League) in Toronto shows her fire and drive and depth of subject knowledge.
It was iffy that she would be allowed into Trudeau’s marshmallow Canada – the land of NO FIRST AMENDMENT.  There was a concerted effort to deny her admission, but the effort was thwarted.  Ms. Geller’s entourage is replete with armed body guards who have saved her life on more than one occasion.
In this short video she re-visits her awakening to the sight of carnage, the smell of rotting Islam, and the steps she took to make her voice heard.
Joe (ever crude) says we should all have big balls like Pamela Geller:

The Left / Progressive / Uneducated continue to Orwell the language by re-defining common words we all use to mean their opposite or obfuscate their intended use.  The Left / Progressive / Uneducated continue to believe that all humanity at heart is kind and good and generous and forgiving and tolerant.
It is simply environment and nurturing and dialogue and endless choruses of kumbaya.
All of human history invalidates this belief.
Joe and I are not as courageous as Ms. Geller, but we do meet the PC meaning of an Islamophobe.  We are pro freedom of speech, pro individual rights pro individual freedom and pro private property.  Joe and I may only be potato peelers in the canteen of Pamela Geller’s army, but we will peel those potatoes to the best of our ability, knowing we are doing our small part to support her efforts.  In Pamela’s own words, Joe and I and all of us must be warriors for truth, warriors for free speech.  To say nothing to the face of evil in the name of tolerance is the highest order of treason against truth and justice.

Joe’s Garage
This week brought another foot of snow.
Ain’t no way Joe is going near that damn shop.
We are a perpetual summer supporter.
For amusement, the shortest landing by a fixed wing aircraft you could imagine: 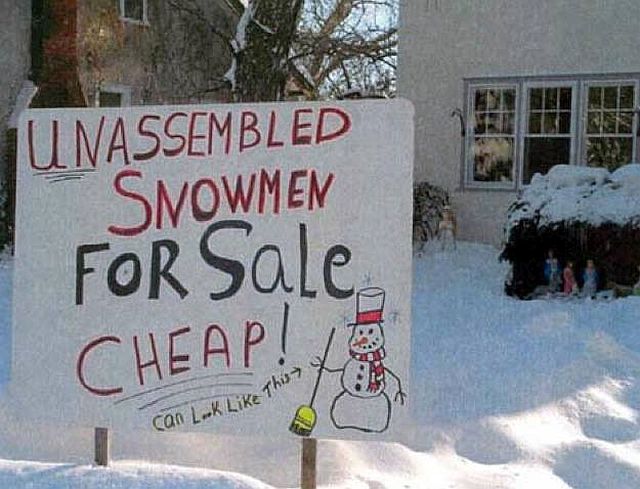 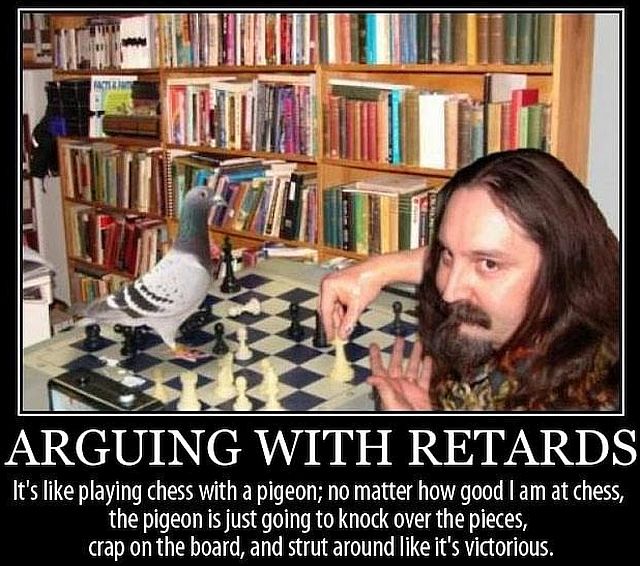 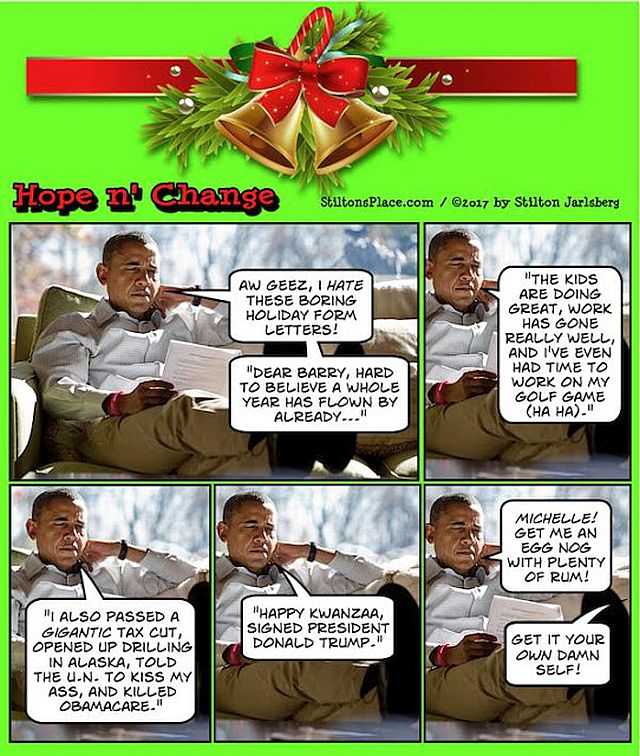 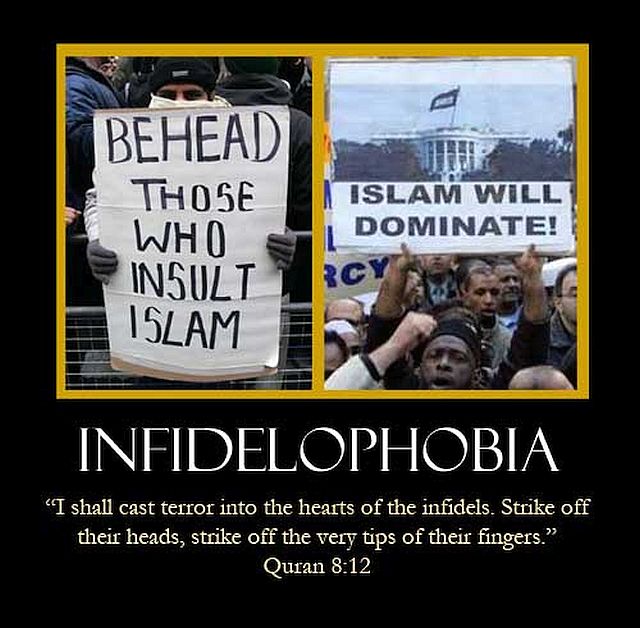 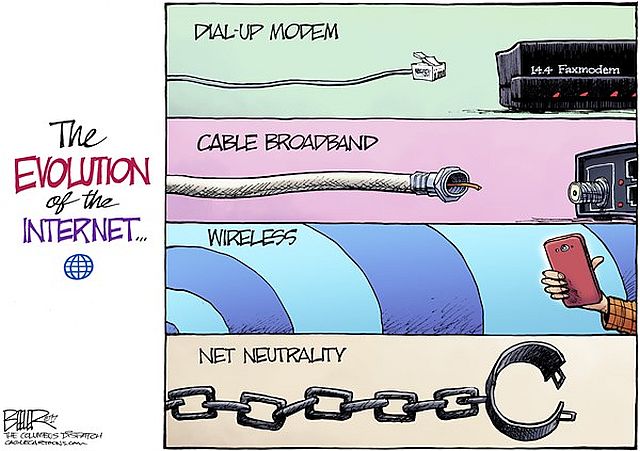 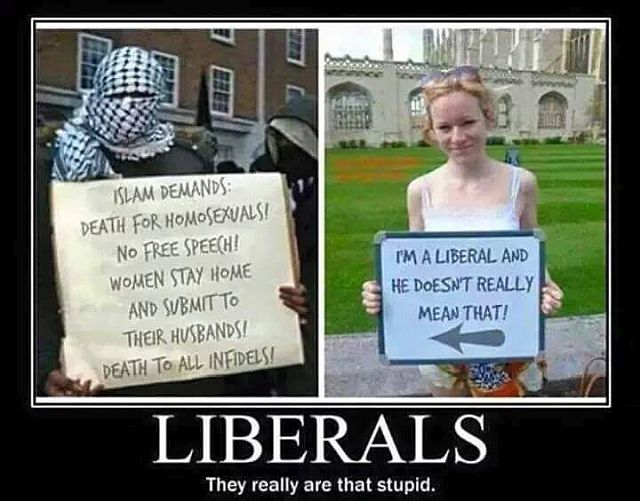 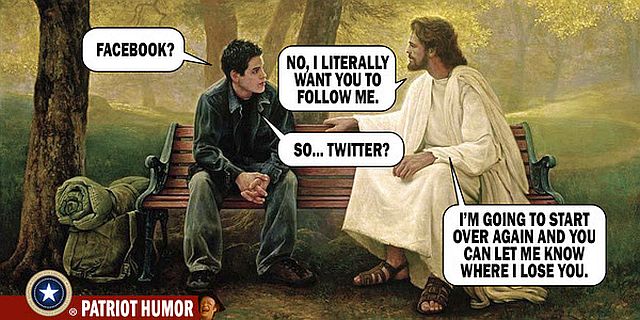 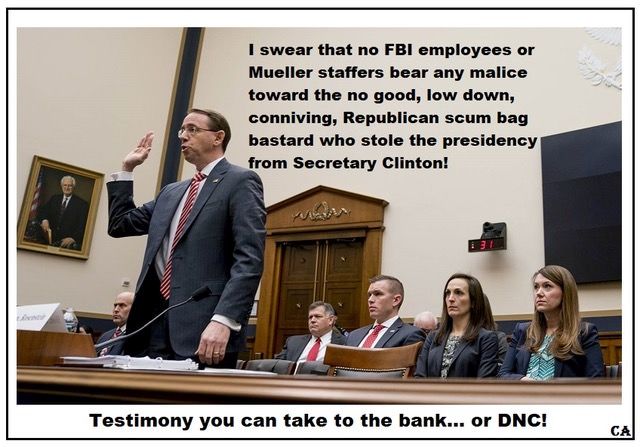 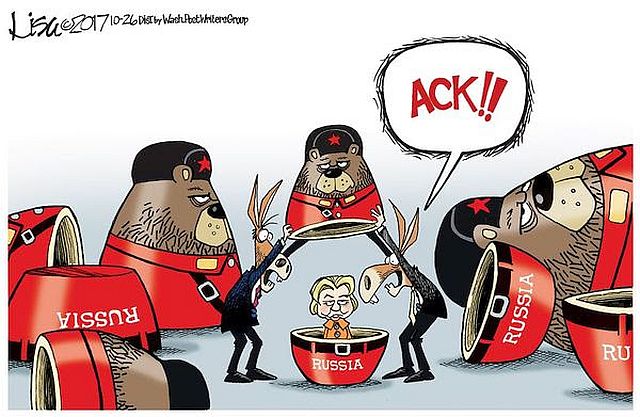 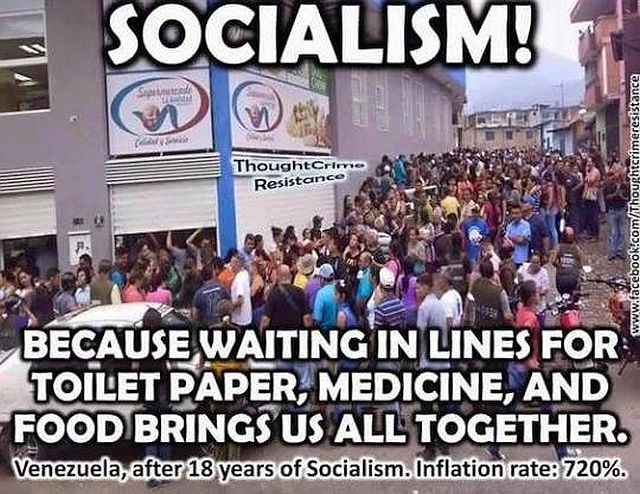 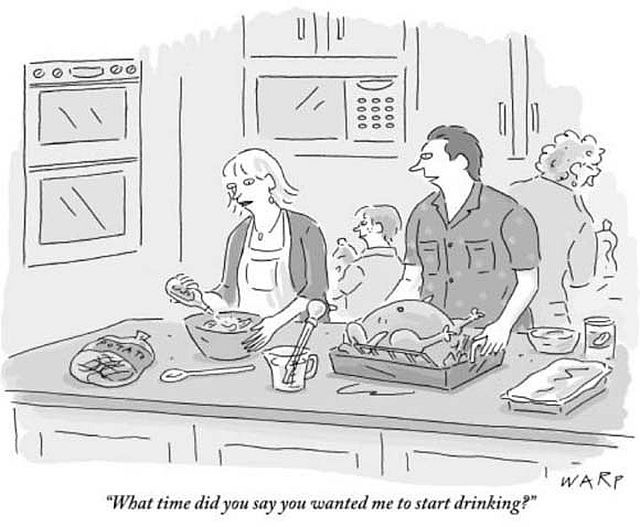 This week in Vernon was the Christmas snow extravaganza any child would cherish.
Joe isn’t much of a child anymore – he has a snow rash.
My spread hand – from baby finger tip to thumb tip – is 9 inches.
Snow is more than 2 hands high.
Here is a picture of a chair on the front driveway – 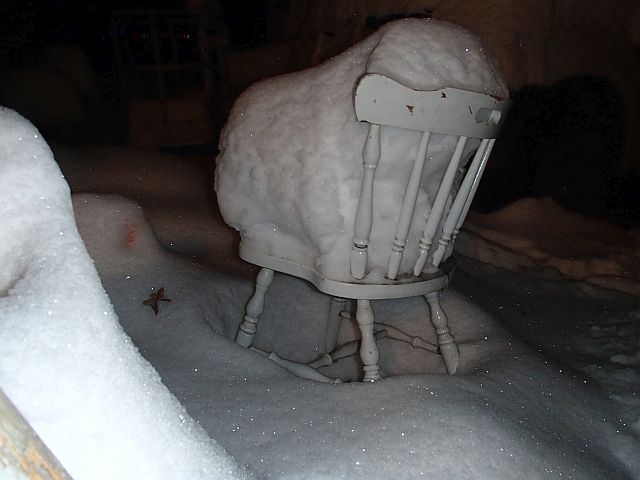 As you can see, the undisturbed snow is as high as an elephant’s knee.
Here’s a picture of an F350 Ford truck with a sprinkling of Santa’s dandruff – 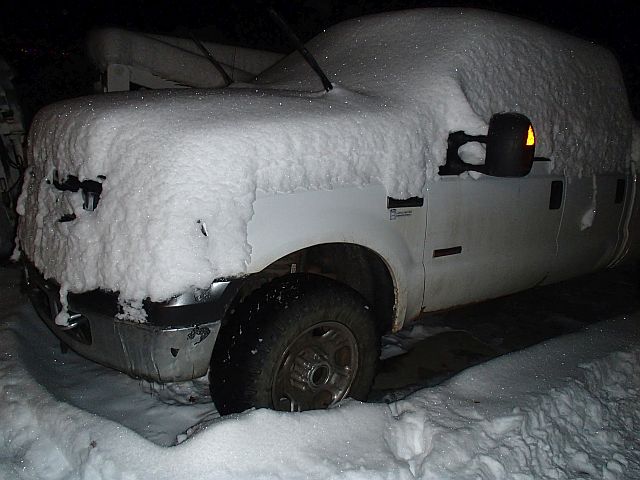 Doesn’t look too bad, compared to the chair.
That allusion was created by Joe cleaning the snow off the truck TWO TIMES before he gave up, came into the house, poured a very stiff drink, and applied medicated cream on his rash.
We drove the RobertCat for 2½ hours to clear enough driveway to park the vehicles at the front of the house.
For the sake of the children in all of us, it is a Winter Wonderland.
Joe has gone down for the third time…… 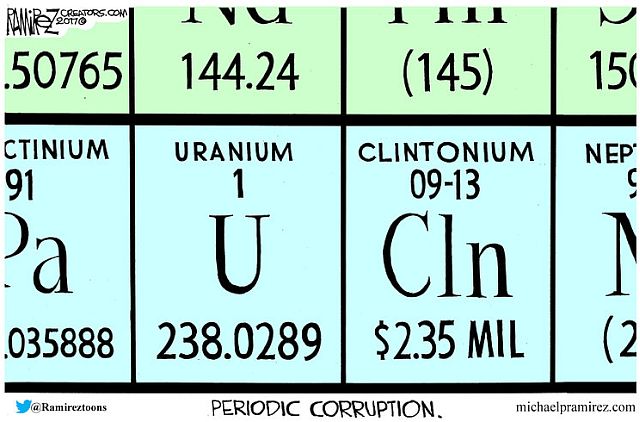 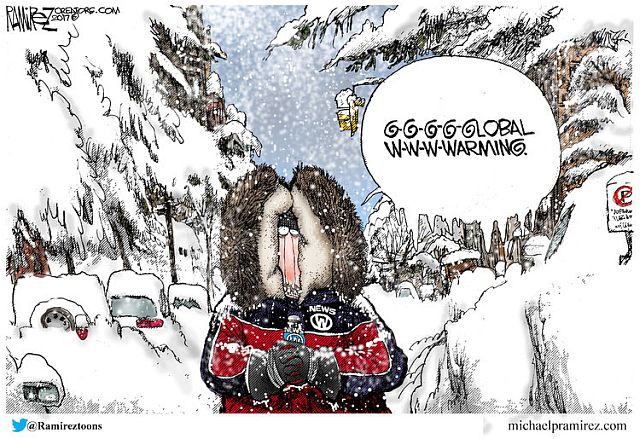 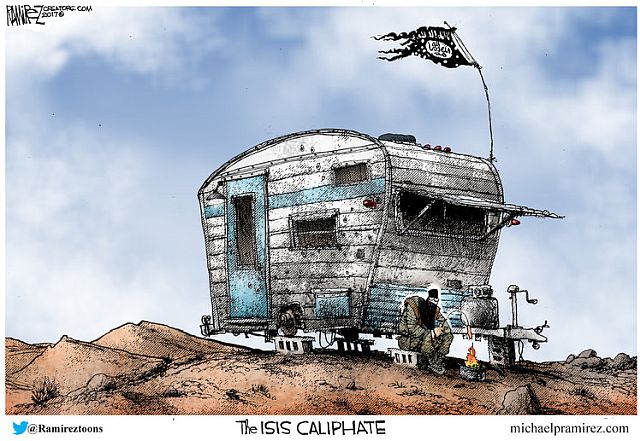 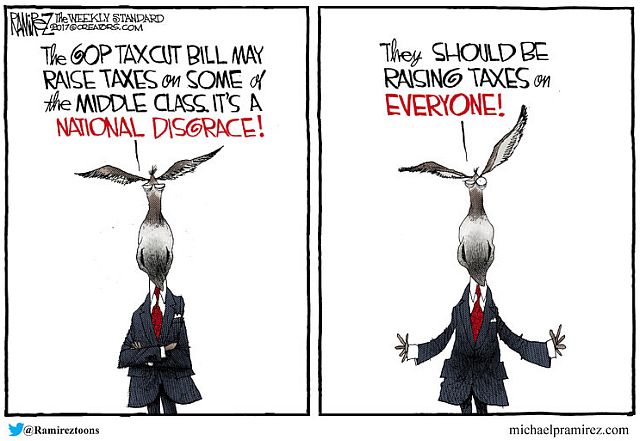 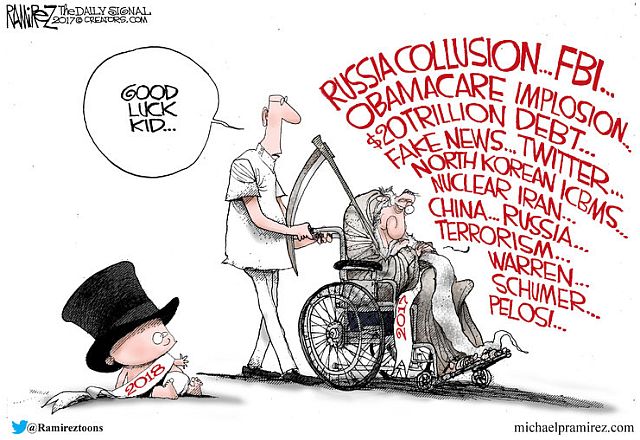