Every year is more awesome than the last. I expect the same in 2013…..

A hangover cure you may not have heard about:

I know asparagus is good to eat during St. Patrick’s Day celebrations ’cause it makes you pee green.

Didn’t know it could prevent or cure green gills…… I have visited most of these more than once…..

From The New Yorker, The Hundred Best Lists of All Time:

Mind studies – the 10 Most Popular Psychological Insights from 2012:

I paid great attention to: 4.Why the incompetent don’t know they’re incompetent, 6.Why do people yawn, and 7.How to defeat persistent unwanted thoughts.

Conclusion? I may be a boring incompetent stressed unhappy mind aimlessly wandering, who writes to dispel certain thoughts. Or not. Too great or little effect.

A poster for the front door – Sadly poignant that the men in the trenches could do what the ambassadors and “fearless leaders” could not…….. confirmation that the smallest minority is the individual. 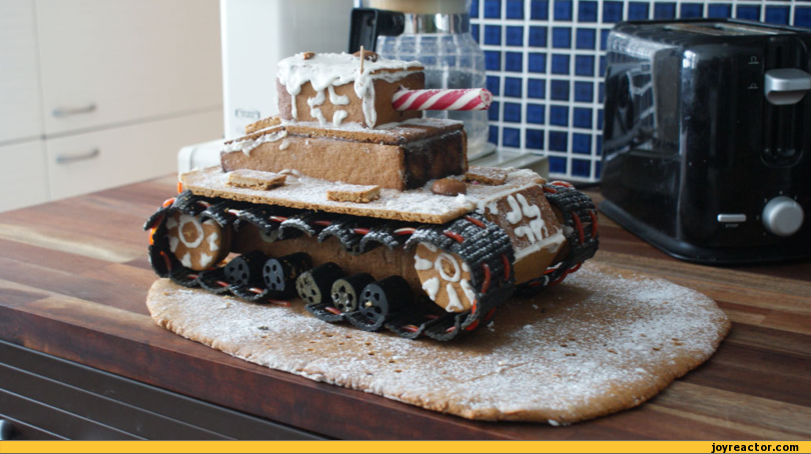 How soon it comes true – When you think of all the negatives in the world, it is wonderful to see evidence that human behavior is not totally predictable. I’ll drink to future days akin to olden times, when the governments weren’t so powerful, and the people were self reliant.

Remember when the CBC actually made you feel wonderful? Here’s a Christmas story from long ago, called “The Shepard”, about a De Havilland Vampire pilot in trouble off the coast of England on Christmas Eve:

I’ve never heard it before. Beginning in 1979 the story has been broadcast each year on the Christmas Eve edition of the CBC Radio programme As It Happens, read by the late Alan Maitland.

Merry Christmas, and may we all be guided safely home. (from SmallDeadAnimals.com)

An excellent article from BlackRod re: reneging on treaties, specifically, treaties with first nations “chiefs”:

The agitation and turmoil is the precipitate of ignorance about the letter of the treaty, or treaties – in this case, treaty 1 and treaty 2 between the Crown and the Manitoba indians. Which begs the question…… How responsible must we current citizens be for acts, agreements, understandings, arrangements, contracts, and treaties, made legally or otherwise by representatives of discrete parties in previous times? I hope all people agree the answer is that they are binding and all parties are to be held within the boundaries originally defined – no matter how many generations after the fact, “progress” not withstanding. Grave injustice(s), unfairness, or punitive compensations aside, until a new and legal adjudication is made, there is no “right” being infringed.

When in doubt, have a hunger strike! That’s keen negotiating strategy, logical accuity, and penetrating analysis all in one:

Good grief. Is there no relief? A quote from the article –

So, while Chief Spence, and others, may long for “nation-to-nation” discussions, there is I think a genuine question as to whether there’s enough of Aboriginal culture that has survived to even dream of that lofty status, or if the culture isn’t irreparably damaged already. Smudging, drumming and the like do not a nation make.

And, as SmallDeadAnimals observes, “They don’t a “culture” make, either.”

Always liked the actor Gerard Depardieu. I like him better since reading this article from TakiMag:

I should have paid more attention in Mrs. Levesque’s French class. Translatin’ is mighty thirsty work….. Another article about French taxes (and Mr. Depardieu) here:

Sacre bleu! The only way the smallest minority can be heard is by communicating, and spending their $$$ as they choose. Excess taxation is fascist, repressive, punitive, and not nice, either. France is a socialist nightmare. C’est domage…..

The smallest minority is the individual. No one has the “right” to dictate terms and conditions about personal defense, period. – New type of assault weapon (the Pentagon consumes on average 665 rolls of TP per day). Wish I could read her lips….. –

This is Walter, a creation of Jeff Dunham – 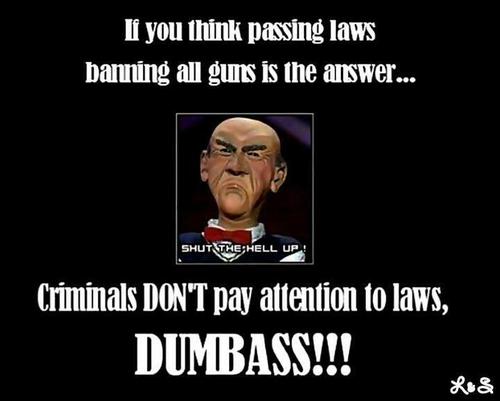 The re-incarnation of Gene Krupa: complex rhythms from a 10 year old boy:

How about lighting a fire using an orange, a stick, and a rock?:

Creativity and innovation are spectacular by-products of thought…..

There are a lot of used Mayan calenders with limited value. Get ’em while you can! –

This one is called “The end is at hand” – How I feel about beer –

Someone shoulda said something! –

Bill Cosby is my kinda guy –

Drug warning of the week – Beware the chains of conformity – SCIENCE (as in Blinding You With…..)

The old adage of wisdom and experience growing as the years go by may be only partially correct. The facts you know may not be so:

A good reason to spend a few hours every day on the Intertubes. A reliable web page link is worth a thousand stabs in the cloud…..

Over achiever I’m not. According to this list of attributes, I got two or three. Bully for me!:

A glimpse of intelligent-like behavior from a smaller mammal –

However, why bother? It does suggest that blacks can play BB better….. that other one has rather odd moves.

A great man has passed on:

Another American hero from WWII has passed away:

He escaped the Malmedy massacre. He was highly decorated. R.I.P.

A very well written article about guns from a first person perspective. New York city some time ago:

Make a choice. Reality or your dream.

Back to the “gun control” argument. Here are some facts (data at the very least):

My stance? A gun is a machine. It performs it’s function at the behest of whomever is operating it. I trust myself and my neighbors to be the first line of defense, whether it be 7th Day Adventists, thieves, or a mob trespassing into my space. The “Police” is a rock band from the ’70’s. Natural law rules.

Pat Condell – “Faith is believing what you know ain’t so”.

Second Hand Lions says: [youtube http://youtube.com/w/?v=wJemDZcgIZE] (……. because those are the things worth believing in.)

Little Davy Drover says – “I should get some sleep. Just one of many things I should do….”

Last rant of the year expressed mostly in pictures. Others say things so well, da? Verbosity to the Nth power (a picture is worth…..) Another perspective – a story about a blessed young woman:

Hoax? Don’t think so….. Delusional? Look at her smile…… Envious? You bet! I wonder what it’s like on the equator today………… 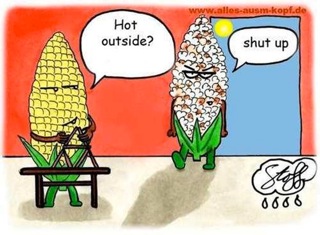 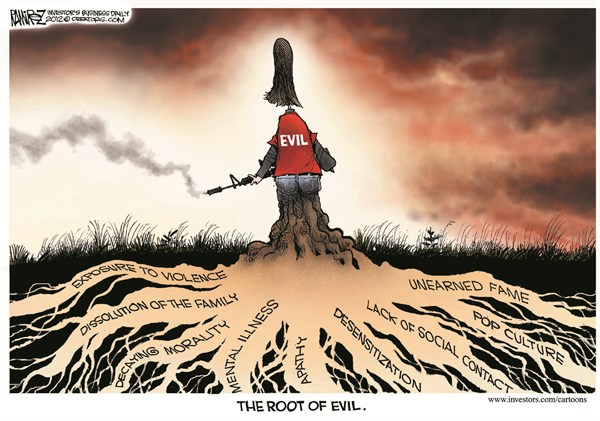 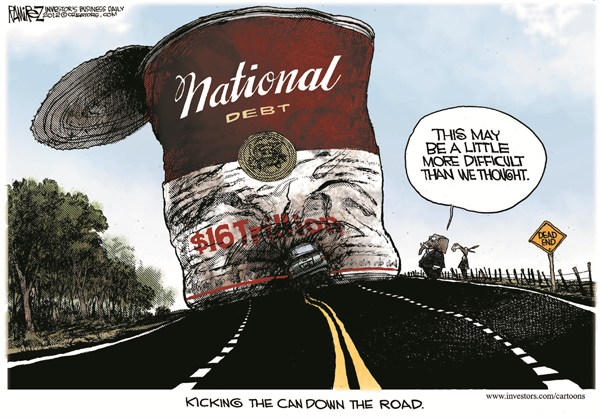 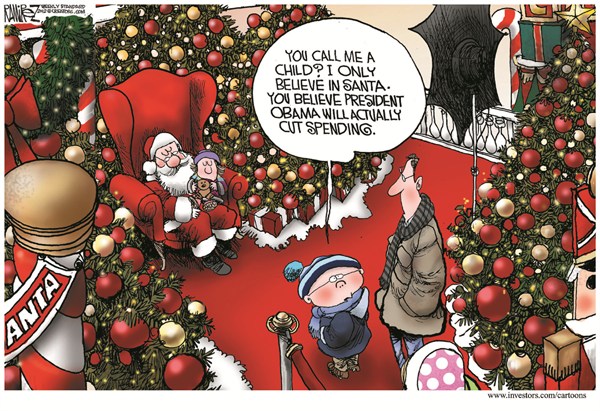 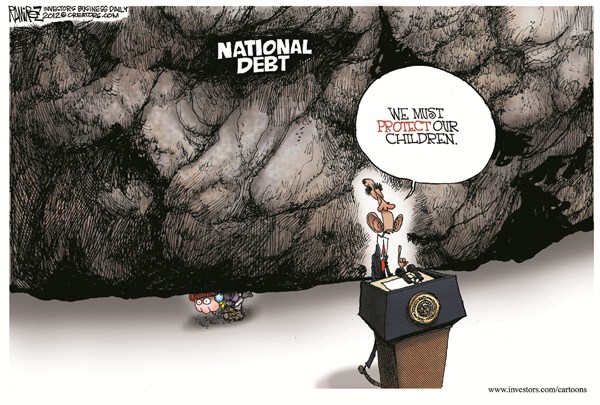