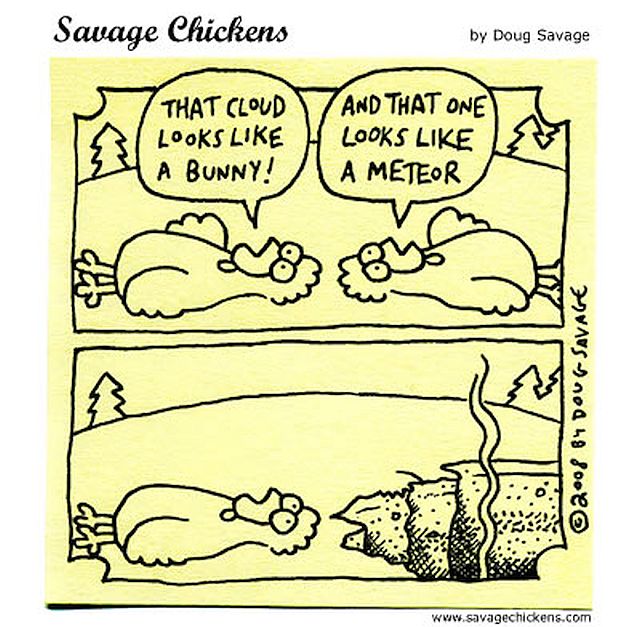 Joe’s Comment – Allusion or reality?  You be the judge…..

Solstice
Joe and I love Christmas.
A great time of year for family and friends and celebrating.
Only two drawbacks.
The weather.
And the daylight.
This year, 2018, in Vernon BC Canada, official daylight was a skimpy 8 hours 2 minutes.
It was 8 hours and 22 minutes shorter than summer solstice.
Joe and I have special days.
Christmas Day, New Years Day, birthdays of friends and family, and a number of additional days of celebration, memorial, and reflection.
Speaking for Joe and me, our official day of hope is the winter solstice.
The idea that every day has more daylight than the day before fills us with dreams of spring and summer. 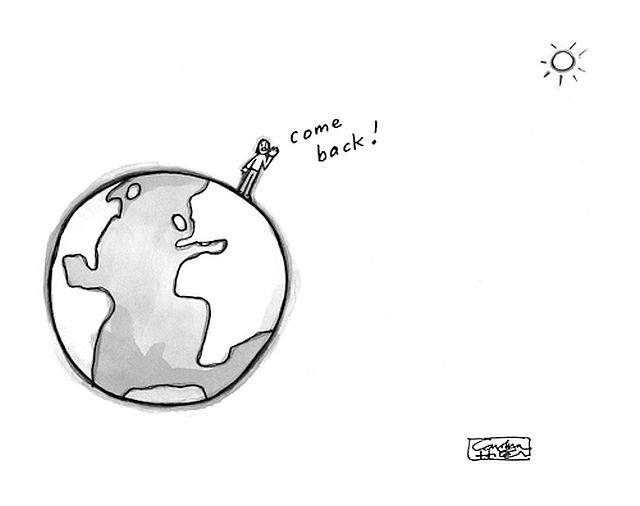 From that perspective, Christmas and New Year are a celebration of wonderful things past, and wonderful things to come.
An apogee.  A 6 month toboggan ride to perigee.
What could be better?

NOTICE TO ALL CANADIANS
Did you know Hog Town (Toronto) had a mayoral election this year?
Joe and I were cheering for Faith Goldy. 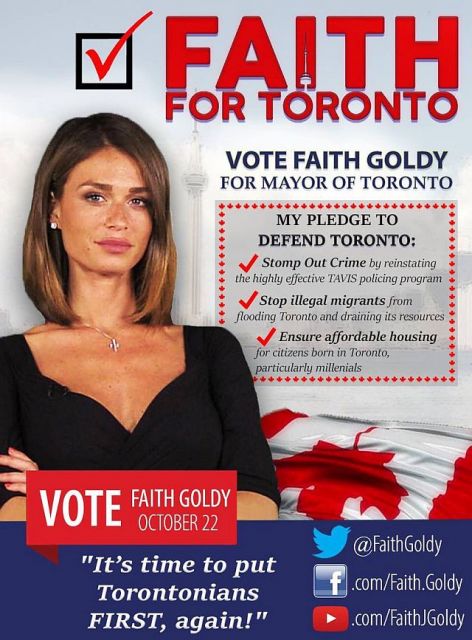 She came in third.
Not impressed?
Well, if you knew “the rest of the story”, it would give you pause.
Her campaign was boycotted.
She was not allowed to participate in so-called “debates”, nor advertise in any of the media in Toronto.
The elite, the ruling class, the media, the progressive / leftists / statists / big business (with their political whores), the Kathleen Wynn sycophants – all of them – tried their best to bury her out of sight (out of mind).
She still came in 3rd.
That ain’t the end of the story.
She is being further persecuted for being alive and Canadian in her own country.
Joe and I are furious.
There is nothing the powerful AND corrupt AND ideologically fixated will not do to get the outcome they desire.
Those fucking idiots in Toronto voted for the same old same old when they had a chance to bring sanity to the city.
Here is Faith bringing us all up to date on what followed the election (posted by her December 17th, 2018, in the event YoubeTube “disappears” her testimony):

If you listened to this podcast, understood what Faith is experiencing, you too should be pissed.
It isn’t about her politics: she is conservative.
It is about actually having some system remotely resembling a “democracy” (whatever the fuck that means in 2018).
A system that isn’t constantly being diddled by emotional hyperventilating progressive lunatics who believe that if you say it, and you believe it, IT WILL BE!  Argument, logic, rational thought be damned.  Don’t bring facts to a feeling fight.
What a bunch of loons (and we don’t mean the coin).
Maybe, just maybe, Ontario and Toronto will get their head out of their ass before Joe and I die.
We ain’t holding our breath.
We thank our father Donald Lloyd for getting us the hell out of there back in the ’50’s.
We am free (relatively) in the West.

Truckers for Pipelines
Joe and I would like to remind anyone who (whom) needs reminding: you ignore reality at your peril.  Or as Ayn Rand said – 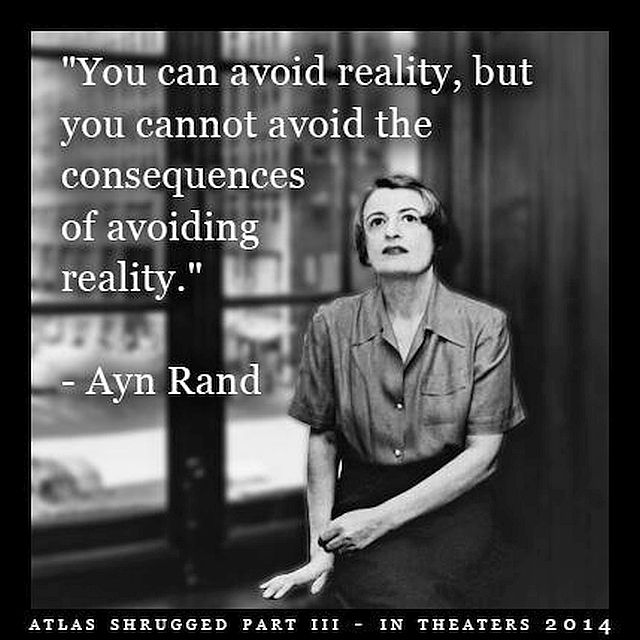 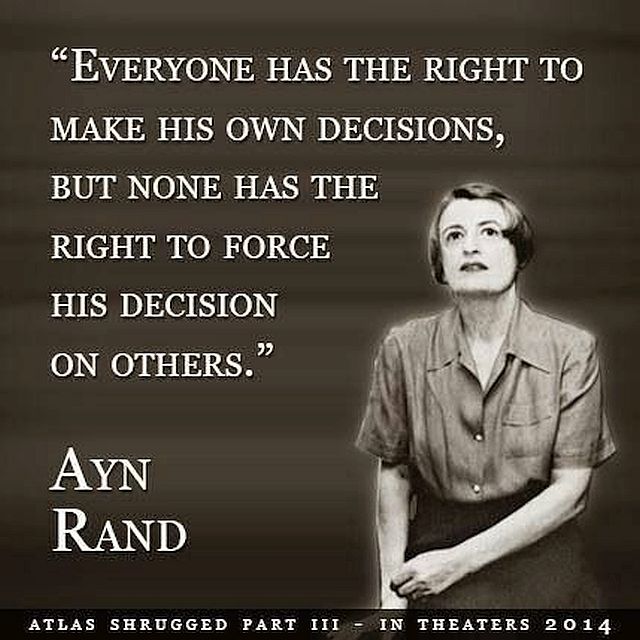 Ditto for this Ayn Rand wisdom – 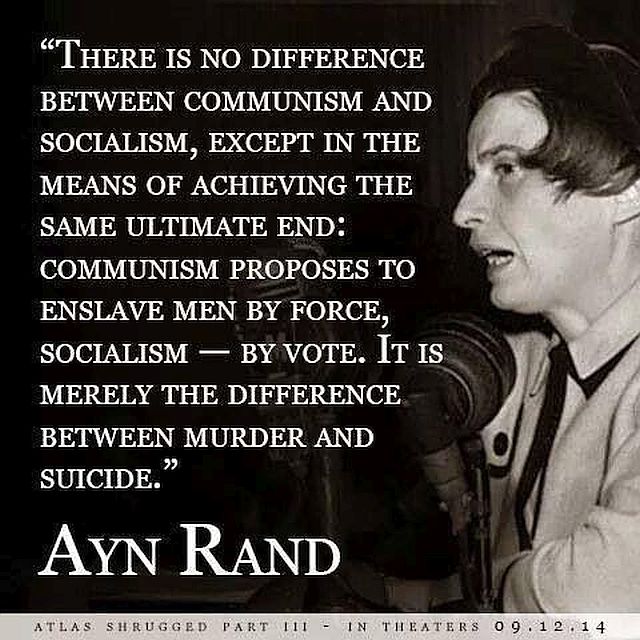 Which begs the question: is the party of Chief Rainbow Socks determined to murder Canada, or have her commit suicide?
Looky here!:

Some Canadians who are not afraid to make their position known.
This rally of 2000+ trucks was organized in approximately 36 hours.
When discussion and argument break down, when free men (or those who think they are free) are refused a voice in their governance, the next step is political action.
When political action is defeated and free men are subjugated, without recourse or choice, the next step is demonstration.
These truck drivers are like the canary in the mine.
The golden goose of Canada is in the energy rich Western provinces.
Joe can’t think of an appropriate fowl metaphor to express the peril of rebuke and non response to such a show of solidarity, but it is akin to “when the shit hits the fan”.
For youse mutts whom derides foul language, Joe says what is to follow is what happens “when the fecal excrement contacts the rotary air displacement mechanism”.
How dare the federal or provincial governments sacrifice the well being of the citizenry for political opportunity?
We have lots of relatives down East.  Good people.
Joe says it’s how we feel about China – lots and lots of wonderful people living in an unacceptable, poisoned political environment.

Classic Jordan Peterson
This presentation was over one year ago.
Joe and I remember watching this particular video then, and we may have embedded it in a previous rant.
The idea that conservative ideas are not widely known or broadcast may be attributed to the tendency of conservative people to exhibit conscientiousness (one of the big five personality traits).
Acting out in public isn’t (generally) their forte.
A description of the Big Five here.
Find out your own Big Five traits with a self administered test here, or here.
Joe’s results –

Note that these results are a “snapshot” of our mental state at the time of testing.
Analysis and explanation is provided with your results.
In this lecture, Dr. Peterson suggests 12 principles or talking points to introduce conservatism to a young and / or uninformed audience, or to use as counter arguments to leftist / progressive ideology:

Dr. Peterson’s Tenets of a viable 21st century conservatism:
1. The fundamental assumptions of Western civilization are valid.
2. Peaceful social being is preferable to isolation and to war. In consequence, it justly and rightly demands some sacrifice of individual impulse and idiosyncrasy.
3. Hierarchies of competence are desirable and should be promoted.
4. Borders are reasonable. Likewise, limits on immigration are reasonable. Furthermore, it should not be assumed that citizens of societies that have not evolved functional individual-rights predicated polities will hold values in keeping with such polities.
5. People should be paid so that they are able and willing to perform socially useful and desirable duties.
6. Citizens have the inalienable right to benefit from the result of their own honest labor.
7. It is more noble to teach young people about responsibilities than about rights.
8. It is better to do what everyone has always done, unless you have some extraordinarily valid reason to do otherwise.
9. Radical change should be viewed with suspicion, particularly in a time of radical change.
10. The government, local and distal, should leave people to their own devices as much as possible.
11. Intact heterosexual two-parent families constitute the necessary bedrock for a stable polity.
12. We should judge our political system in comparison to other actual political systems and not to hypothetical utopias.
Sounds good to Joe and me.
Funny, these are activities and stances our grandparents employed.

Off the Grid
There is a series of videos by “MrHydroHead” of a stand-alone off the grid power system somewhere in Colorado.
This particular video is #17 of a series.
Joe and I have watched a number of them, starting with #1.
What we have seen is totally organic engineering.
The first videos are much more amateurish, as is the quality and design of the water turbine electrical system.
We decided to place this video in the rant because it focuses on design improvements of the system which by now (8 years from the first video) is producing a reliable 4500 watts.
Joe is a gear head.
This is off the grid porn:

Turbinia
The revolution in marine technology of self powered mastless ships using “screws” (propellers) to provide thrust dates to the hey-day of the Royal British Navy in the 19th century.
However, the technology was NOT funded by the government.
It was solely the genius of one man, Charles Algernon Parsons.
In the 1880’s he designed and built the world’s first steam turbine.
In 1894 with the launch of the Turbinia, he had created the paradigm shift in propulsion that is still used today in modern ships, commercial and war vessels – the compound steam turbine.
The height of the Victorian era produced incredible scientists, incredible inventors, and incredible technology.
Here’s a brief overview of the time and the Turbinia by Lindybeige:

Autophagia (and Apoptosis)
WTF is autophagia?  The literal meaning is “eat yourself”.
That doesn’t seem like a grand scheme to reveal a personal path to nirvana.
Joe and I have taken an interest in how our body works.
We have a life-long abhorrence for the subject.  During university years we were counseled to pursue a career as a doctor.  Joe and I couldn’t think of a thing we were less interested in studying.  Peak of health, prime of life, no problemo.  Why mess with something that only affects / effects other people?
At the tender age of 69 orbits (around the sun) it has dawned on we that peak of health, prime of life, and no problemo are not exactly descriptors we or others would immediately (or ever) use to describe us.
Hence Dr. Jason Fung’s excellent video (Sunday Rant – 4918) on the mechanics of fasting.
Ever the gearheads, Joe and I wanted to know more.
Thanks to Dr. Yoshinori Ohsumi, 2016 Nobel Prize winner, the mystery of how a people like me and Joe extracts energy from food is no longer mysterious.
It might be the justification for a giant class action lawsuit against “the authorities” for misleading us about nutrition since we were a puppy.
Dr. Ohsumi might just be the world’s leading expert (careful with that axe, Eugene!) on autophagy:

Molten Stationary Battery
Don Sadoway is a professor of material science and engineering at MIT.  He is a Canadian inventor.  His discovery of a molten stationary power storage device (a battery) is what the solar and wind technologies have been seeking.
His approach to design was unconventional.
Materials had to be cheap, abundant, local, and easy to work.
This is the stuff Joe has been harping about for years (and years).
His company, Ambri, is still in existence although the video below is several years old.
Joe recollects that Thomas Alva Edison held 1,093 US patents (2,332 worldwide).
He spent a great deal of his capital defending his patents in various courts.
Joe thinks the invention of the stationary liquid battery by Dr. Sadoway will be a while coming to market due to the total muddle regulations and corporate lawyers have made of the energy market.
Watch this incredibly talented man (and his team) describe the methodology of directing their research, and the product they have created.
This may not be the solution, but it is a giant step down the road of industrial / city size power storage: 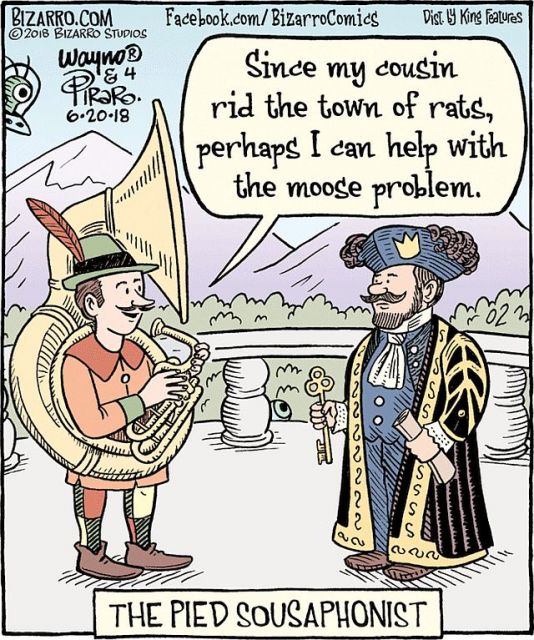 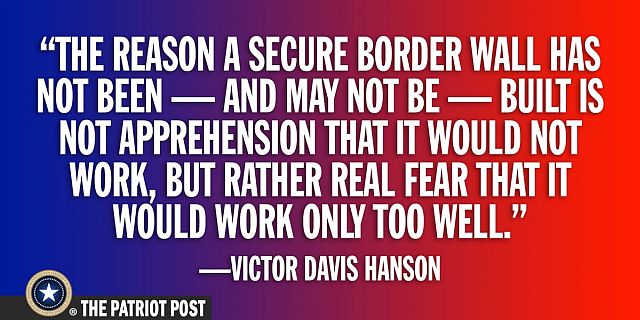 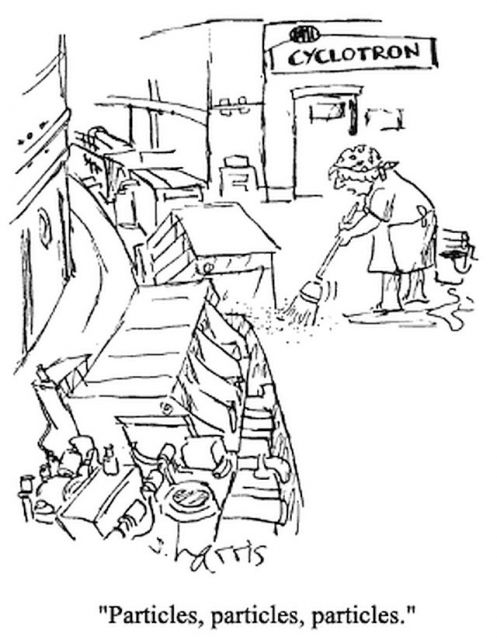 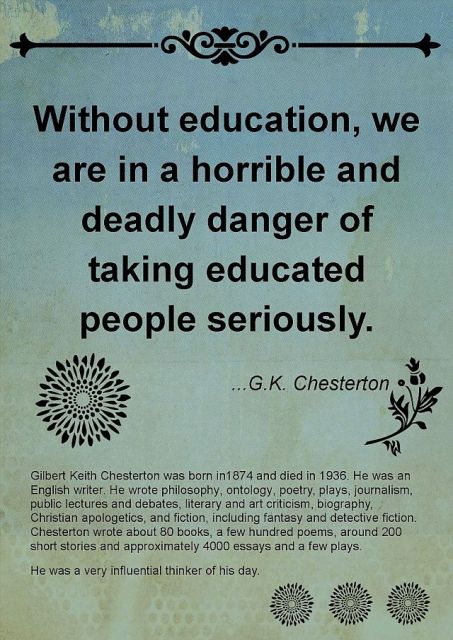 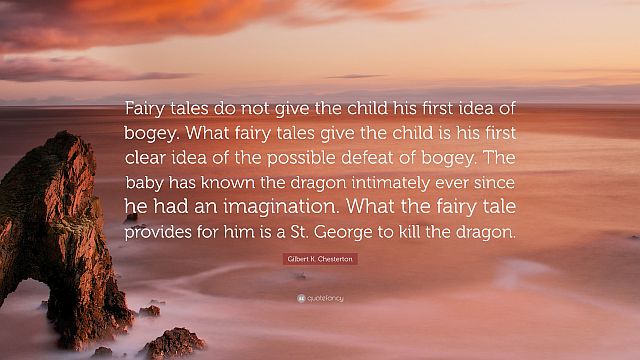 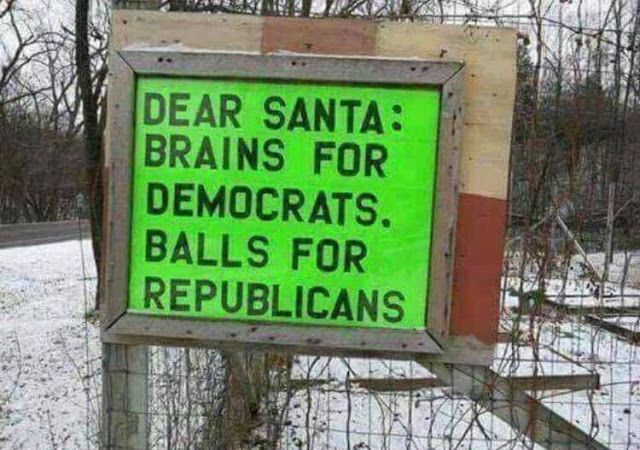 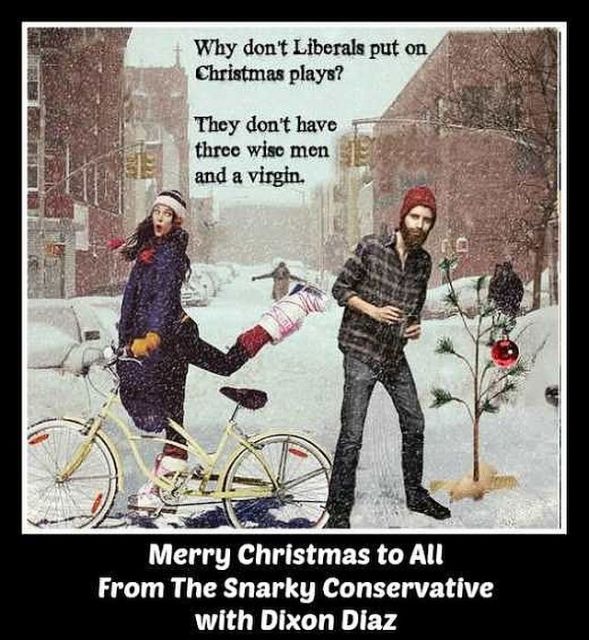 Our interest in the phenomenon of Jordan Peterson is obvious to any readers of this rant.
Here is a new video posted on the Winter solstice: a conversation between Jordan Peterson, Christina Hoff Summers, and Danielle Crittenden.
Ms. Summers and Ms. Crittenden have a platform called “Femsplainers“.
This is a more personal look at the life and times of Jordan Peterson the man:

Joe and I believe the Internet is the best invention ever devised for distributing information.  doG help us all if the “bad people” disrupt it more than they do now.
HANDS OFF!!! (That means you, government)

This week in Vernon BC was (finally!) Winter-ish.
Below zero Celsius at night.
Flirty-flirt with above zero in the day.
Finally snowed Saturday night.
But….
It is mild, still.
Miracle of miracles, the days are getting longer.
Lordy Jesu only 99 days to April 1st. 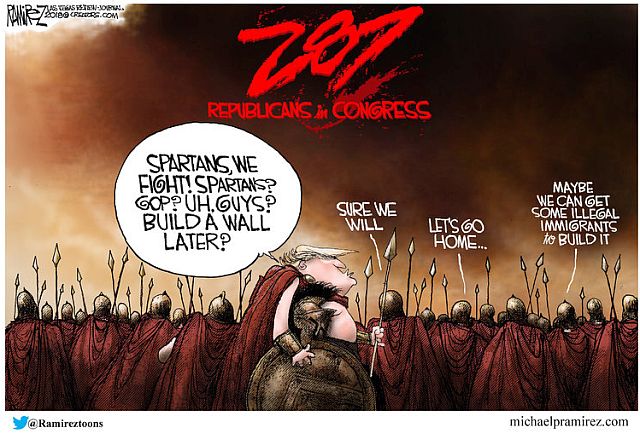 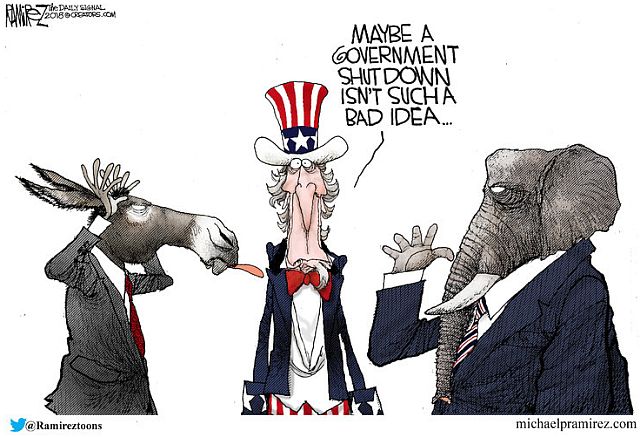 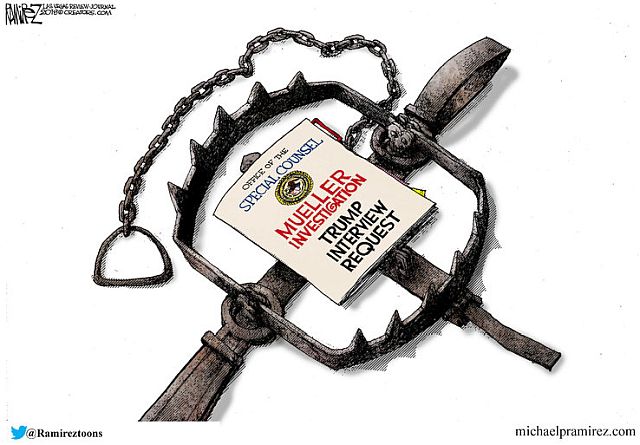 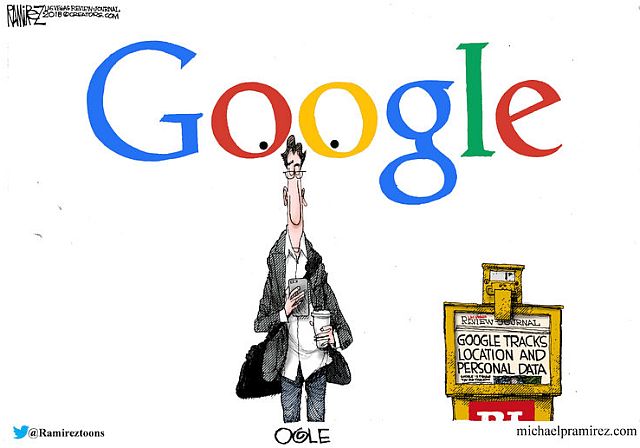