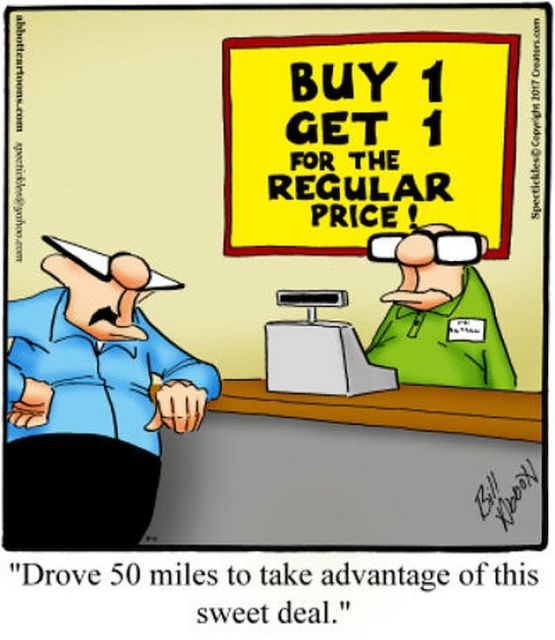 Joe’s Comment – If I had a nickel for every time I spent a dollar on a sweet deal I’d still have some money.  For the next sweet deal.  Which leads me to assume my deals haven’t been as sweet, for the vault is empty.
P.T. Barnum said there’s a sucker born every minute.
I must have been 10 of those minutes all by my lonesome.

Note to Selves
This rant is built with WordPress.
WordPress releases “updates” on occasion.
There was an update to 5.1 on Monday last week.
We still curse the code writers with the most foul curses on an hourly basis.
For the love of doG I don’t know why this bullshit is so difficult for me to absorb.
Each one of the graphics in this rant had to be “posted” to the rant AT LEAST four times.  Every time you “Save Draft” the damn thing stays right where it is; it used to refresh back to the top of the note.
Some icons changed.
The page looks different.
Navigating the post is difficult.
A “block” methodology has been adopted…… we still don’t have a clue (or give a shit) what that will benefit us.  We are certainly aware of how much time it has cost trying to do what was so easy last rant and has taken at least twice as long this rant.
Joe says he wishes we were born rich and smart instead of beautiful.
Hard to argue such logic…. 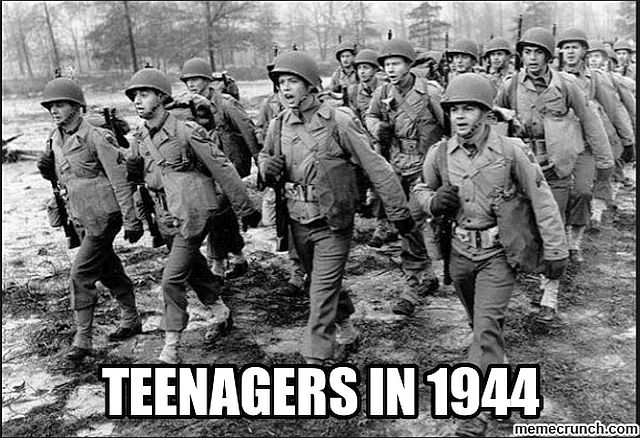 We have watched a number of videos (all we can find) by historian Victor Davis Hanson.  His recent book “The Second World Wars” and subsequent video releases introducing the book (this subject is now an Heritage course) are an historical review of the time before and during World War II.
Here is the Hoover Institution discussion:

Christmas Music
Joe and I love music.
We especially love Christmas music.
On a theoretical theme, Joe contends that of all the religious pursuits so far invented by the seething roiling twitching gagging putrid human mind, Christianity out shines every and all other religion.
What proof you say?
Joe says the proof is in the music.
Every other religion’s attempt at organizing noise in honor of their chosen Grand Fromage® comes up short.  Some of it is downright scary…..
Take this little ditty from our Buddhist pals:

Need we say more?  Christ, that sounds like something a room full of sugar intoxicated 7 year olds might create coming off an acid high….
Go do the legwork yourself and you will hear.
The (Christian) Christmas classics are many and varied.
We won’t play Bach or Beethoven or Handel or (your favorite here).
Take our word for it, there are a large number of seasonal songs and carols and musical observances not specifically religious in nature.
Here is a brief memory jogger of some of the best, performed by seasonal enthusiasts on steel plate with small caliber lead:

And don’t forget our perennial favorite:

Democrats New Victim Group (to “defend”)
Joe and I have been on this man’s team since before we saw this video, and before we knew his name.
Honest Indian!
See, what he is saying, is the lengthy and oft repeated “victims” list – the gay, the gender challenged, the poor, the legions of minorities under the progressive sun…..
This bright fellow suggests stupid people will be the next minority group the Democrats segregate from the general populace to herd onto their “victim” plantation.
Not a bad idea, no sirree.
Joe says without straw man logic, the lefties would only have violence:

GoldenHair
What amount of spare time would it take to produce this?
Gotta admit, we smirked and guffawed more than once:

Christmas Gifts for the Young
Joe says these may be good reads for the young and the young at heart, too.
As John Stossel says, if you know a person interested in Liberty and Freedom, what better gift than books on the subject?
This is a short (7 titles if you include Mr. Stossel himself) reading list of foundational reading about Western ideology that is not too high brow and very easy to read.  The list:

The list (in the event that YoubeTube alters this entry in the future) –
•  The Road to Serfdom – Fredrich Hayek
•  Basic Economics – Thomas Sowell
•  Atlas Shrugged – Ayn Rand
•  The Myth of the Robber Barons – Burton Folsom
•  Animal Farm – George Orwell
•  Free to Choose – Milton and Rose Friedman
The 7th book is by John Stossel – Give Me a Break.

Joanne Shaw Taylor
This young lady dominates her instruments.
Joe swears he saw smoke coming off that poor little guitar.
Her voice is a force of nature.  Gravely.  Smoky.  Unintelligible.
Bluesy-ish, but way too quick and frenzied for “the blues” (a la BB King et al.).
Lightning fast picking and chord changes.  Notes bent so far as to see their own ass.  Clear, sparkling, raw.  Almost (almost!) painful to watch.
If you are a beer drinker, she’s Guiness – one or two is enough, otherwise you will be overwhelmed.
This woman assaults you with her music:

Never mind Stevie Ray Vaughan.
Never mind Janis Joplin.
Never mind Jimi Hendrix.
Never mind Amy Winehouse.
Like any “dream team” fantasy about music performers, we’ll never know how it will turn out for her.  But we can listen and enjoy.
This girl is alive and burning just right!

Jordan Peterson Update
Joe and I love this man.
In this video he is in England at Ralston College, Cambridge, engaged in a discussion with Sir Roger Scruton.  The conversation was had on November 2nd, 2018.
Gotta love the school motto – Sermo Liber Vita Ipsa – Free Speech Is Life Itself.
From the posting notes Dr. Peterson will also be researching for his future discussions on the book of Exodus and related Bible stories with the Cambridge Divinity School while there.
The man is Chuck E. Berry (playin’ guitar like ringin’ a bell) – he sings his song consistently and constantly.
We are all ears (and other parts).
And as much brain as we can muster:

Black Pill
Thank you to cousin Delsie for sending the following Black Pill video.
Joe and I don’t know this person (Devon Stack) or this YoubeTube presence, but we will with time and viewing.
We thought of American Renaissance / Jared Taylor when we watched.
We also thought of some of the John Stossel reading list above.
The confluence of liberty and freedom with the cultural pressures of IQ, race, wealth, education, knowledge – the very basis of individual autonomy –  is a roiling tumultuous conflict.
Is there a right and wrong to it all?
Joe and I are always open to hearing ideas new and old.
Here is the first Black Pill video we have seen:

Prager U
An interesting perspective on the “Administrative State”.
An American perspective by Philip Hamburger (Columbia U Law) about what has become of the Founding Father’s clear and unambiguous wish for “No regulation without representation”.
Who knows what the situation is here in Canada?
The PM (Chief Rainbow Socks hisself) has more power (over the Canadian people) than the U.S. President has over the American people.
I think Joe and I will die from fright, caused by the blind bumbling bureaucracy doing what it deems best:

Inconvenient Lie Day 1
Joe and I stumbled into this information today (14th December).
The post date on YoubeTube is November 2017.
The actual conference was December 2016 at Freedom Force International, Phoenix AZ.  In this rant we’ll show the presentation of Dr. William Happer (USA) and Dr. Tim Ball (CDN) –

Dr. Will Happer
An American hero.
Dr. Happer is a famous physicist known for his invention of the “sodium guide star laser”, used to correct telescope data at observatories.
His presentation is titled “More CO2 Benefits the Earth”.
We have featured his presentations on climate change in previous rants.  This particular presentation has excellent graphics:

Dr. Tim Ball
A Canadian hero.
Dr. Ball is courageous in his defiance: he refused to drinking the climate change Kool-Aid.  His sense of humor got him sued by Michael Mann to the tune of 1.5+ million CDN $$$.  He touched a raw nerve!
Mr. Mann sued Dr. Ball in B.C. Canada because we do not have the First Amendment here in the true north strong and free.  Listen and learn:

5 Inventions
Joe thinks this is an interesting mix of stuff.  The TrackNgo looks cool until you look up the price – a measly $25,000 USD!  The vacuum and clothes folding machine is ho hum.  The wood splitter looks a lot safer than swinging an axe all over the place.  A drone that can do 40 mph might get you into a heap load of trouble:

Reading List
The latest tomb to cross our desk is by Norman Rogers. 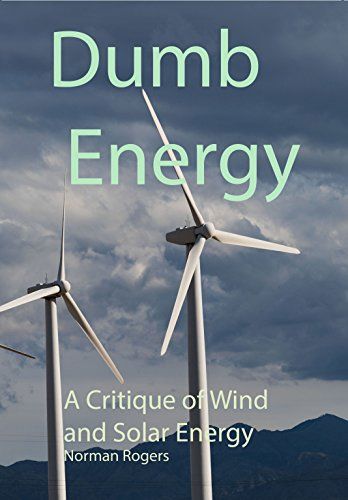 Joe and I have been soap boxing the idea that so-called “renewable energy” was a political boondoggle designed to fleece the public purse on behalf of some scurrilous and nefarious characters who have leeched onto the green movement.
Joe says bowel movement is more akin to what is up.
These obscene fiscal rapists have best friends.  Their group identity is “Politician”.
doG help us all.
That is not to say the technology is not interesting or useful or “space age”.  It is in spades.
If you are “living off the grid” in a remote area, conventional power (electricity) and conventional communications (cellular or land line telecommunication) may not be an affordable option.
For small power requirements (lighting, computing, control systems) a wind / solar array with battery storage may be the cheapest route to having “affordable” energy.  For heat or cooking or large machinery (washing machine, water heater, etc.) normally associated with a residence, not so much.
This technology is also important to the ISS (International Space Station), space exploration, terrestrial exploration (in the absence of portable fuel sources), or any endeavor where portable energy sources aren’t available.
Joe and I argue that it is NOT scalable (economically) to industrial dimension without immense cost, immense maintenance, and immense stand-by / conventional back-up.
This book has lots of plain English / lay explanations, and a lot of data, graphs, analysis, and engineering knowledge.
For gear heads like us, it is a nicely concentrated pronouncement of the state of affairs regarding “renewable energy”.
Once more with feeling.  It would be wonderful if “renewable energy” was the solution.  It is the barest of panaceas. 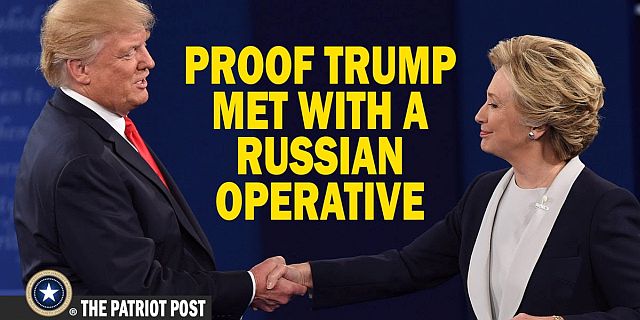 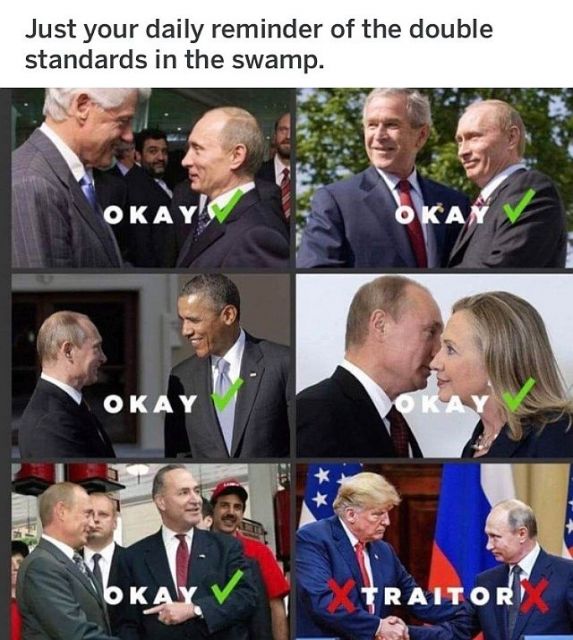 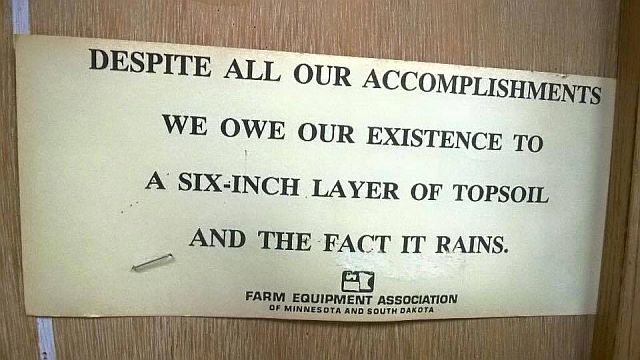 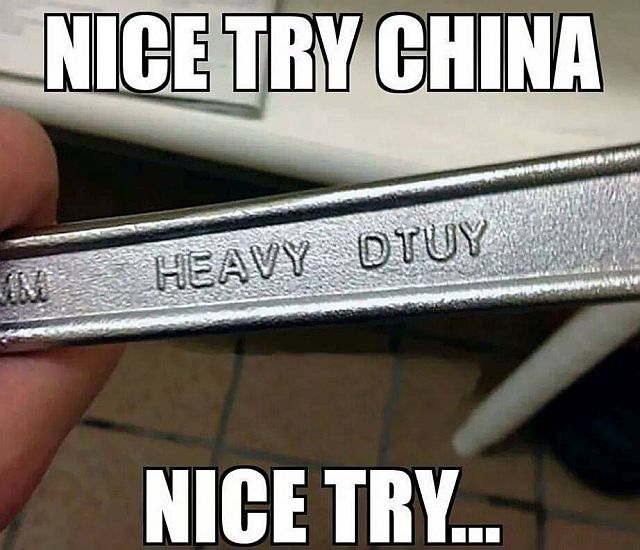 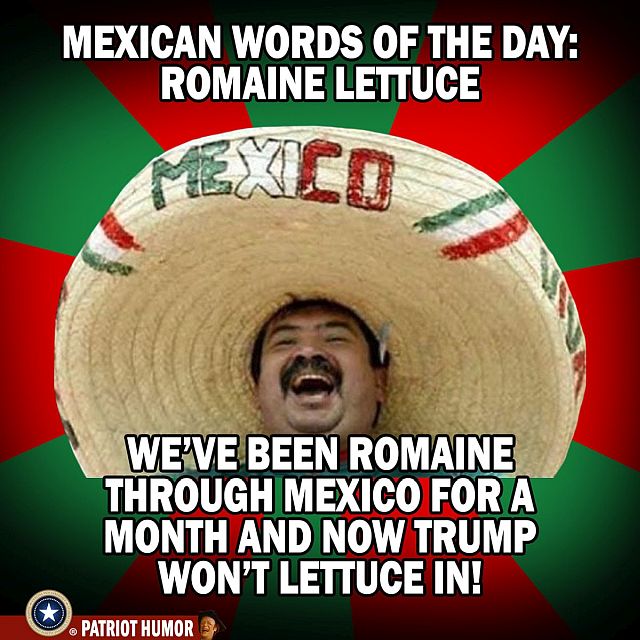 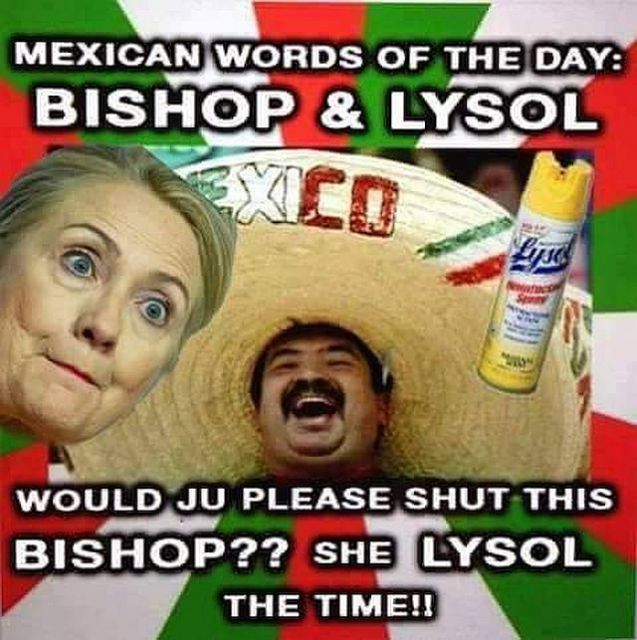 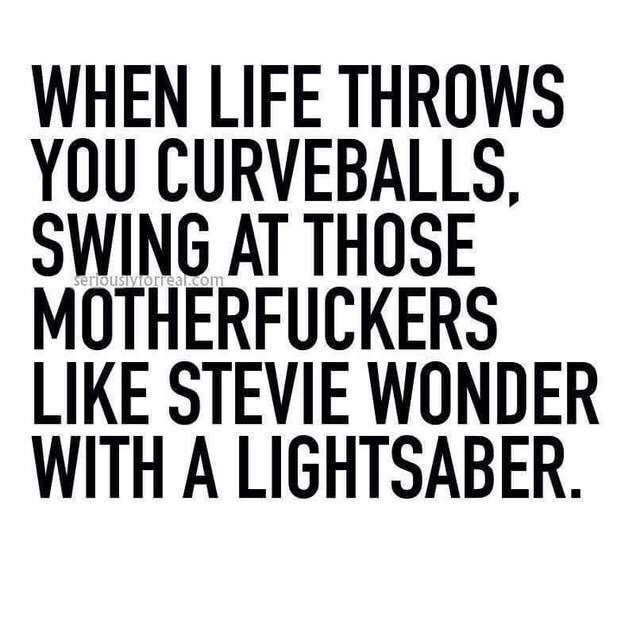 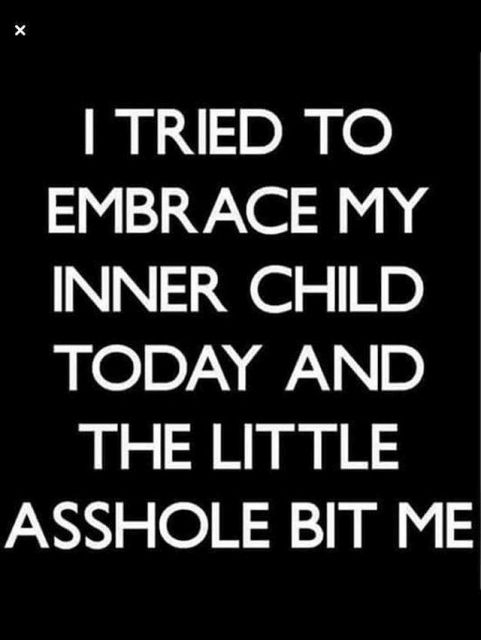 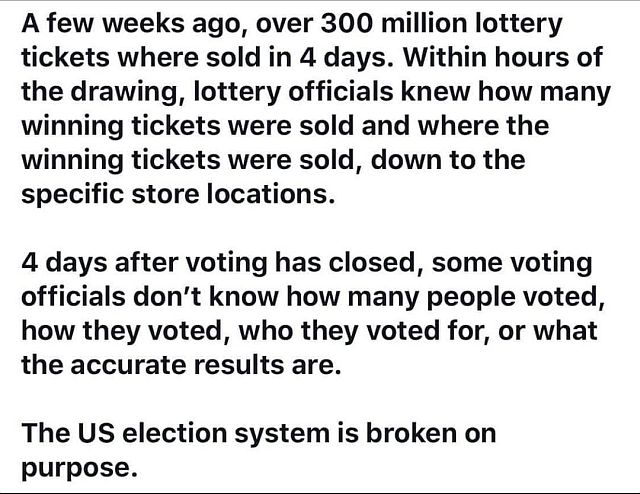 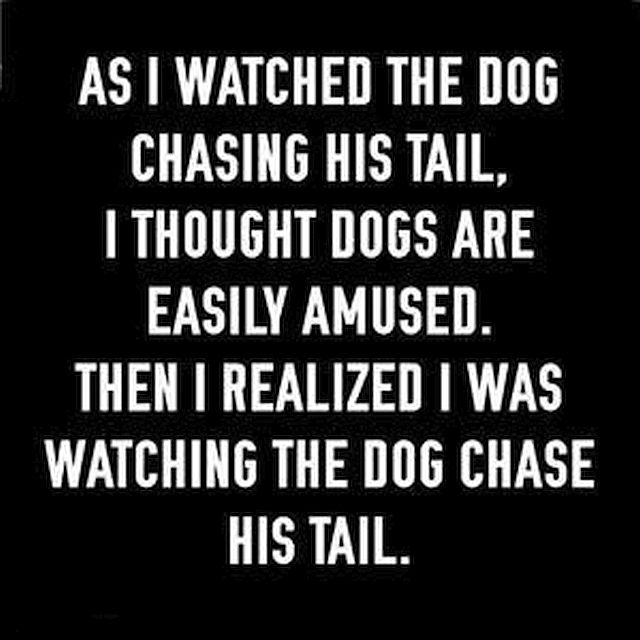 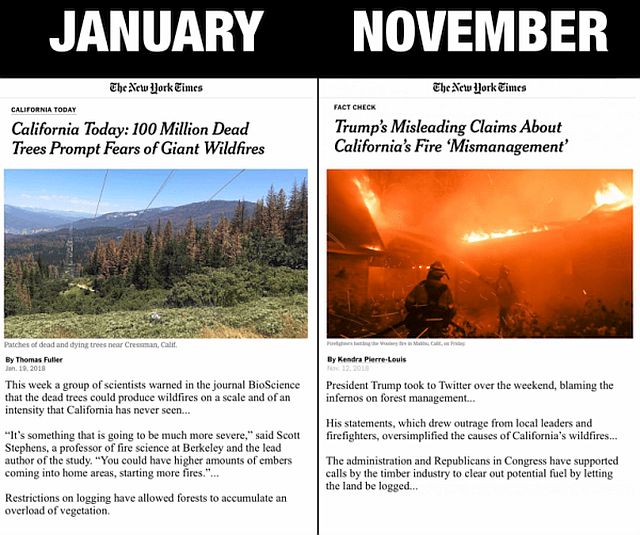 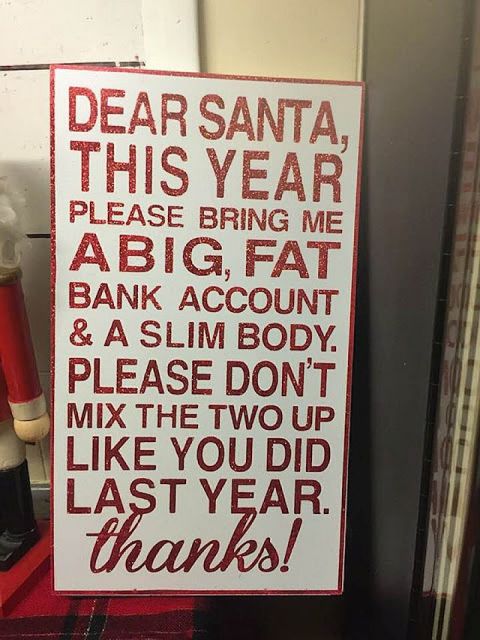 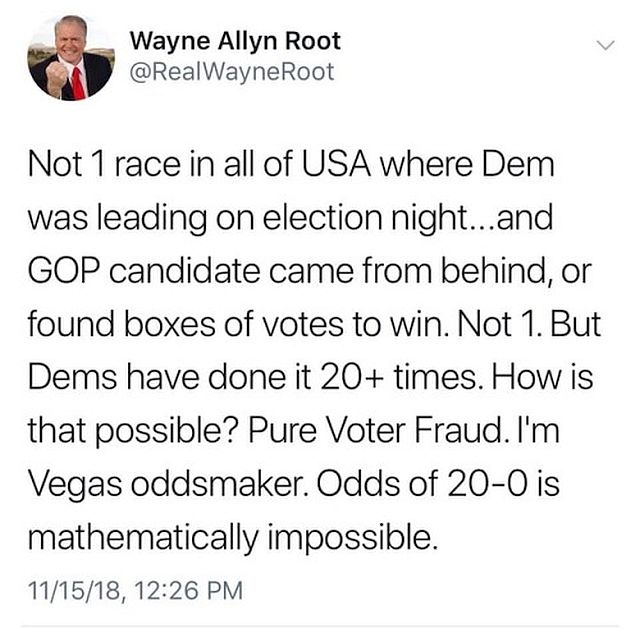 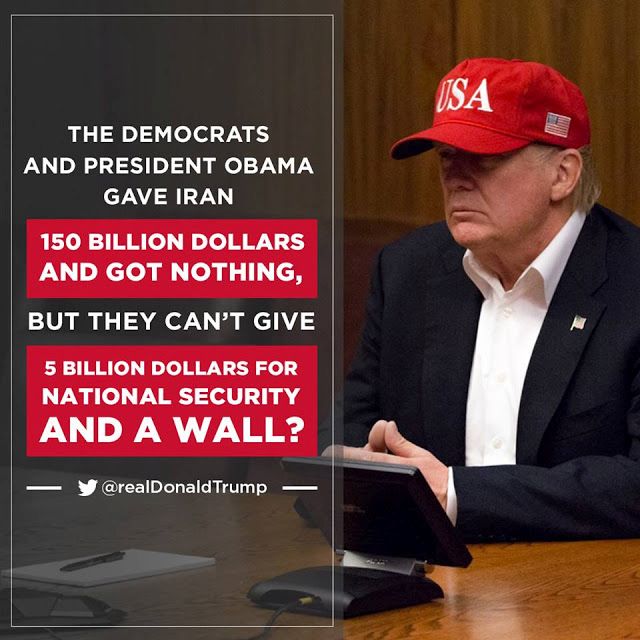 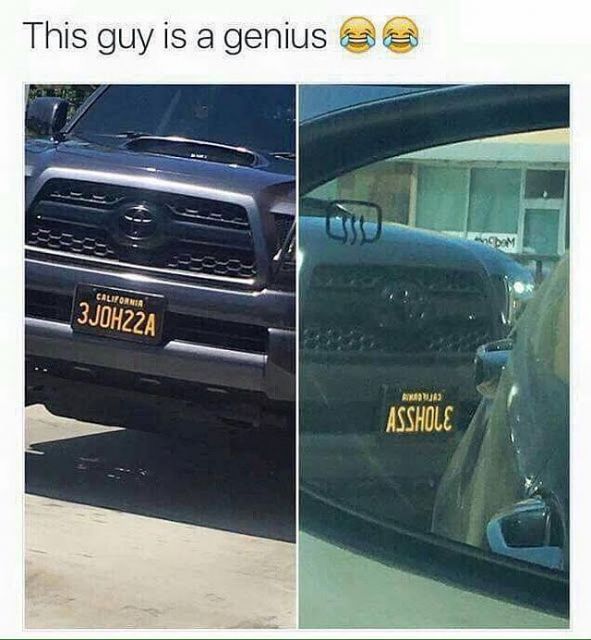 This week is a two-fer-one.
Joe and I have become aware that some people use economics, culture,politics, history, AND geography to analyze past and present in order to speculate about the future.
It is called GEOPOLITICS.
This is risk mitigation extraordinaire.
Two such people are:
– George Friedman (founder of Geopolitical Futures and Stratfor)
– Peter Zeihan (founder of Zeihan on Geopolitics).
Both are American citizens; George an immigrant, Peter born in America.

First up is George Friedman’s presentation January 2018 at the Chicago Council of Foreign Affairs.
What a grasp of the world’s political environment!
Lot’s more on YoubeTube.
Mr. Friedman discusses the dynamic between Russia and Europe, with attendant issues, problems, and tensions.
Fascinating perspective:

Second (only in order of appearance) is Peter Zeihan.
This presentation of geopolitical history is mind expanding for those such as Joe and me who are gear headed naifs.
A fascinating bold, arrogant, very cynical know-it-all “ugly American” presentation.
This is his presentation to the Kern County Energy Summit (California) from November 2018.
How the world was and will be, “America at the Edge”, by Peter Zeihan:

This week in Vernon BC was mild (for Winter, which hasn’t arrived yet).
Daytime around or above zero Celsius.
Nighttime barely below.
Cloudy.
One day of fierce wind.
A touch of snow.
Only 106 days to April Fool’s Day! 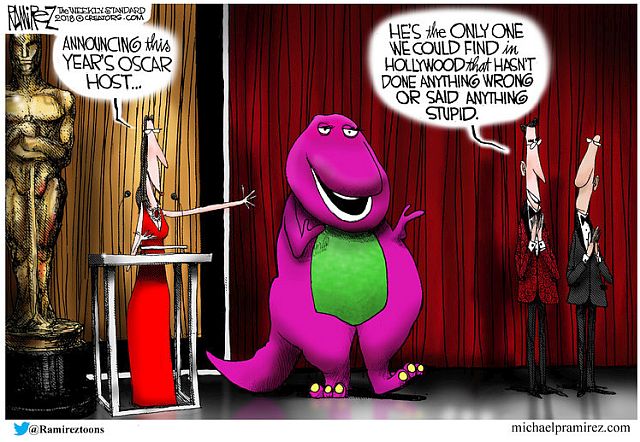 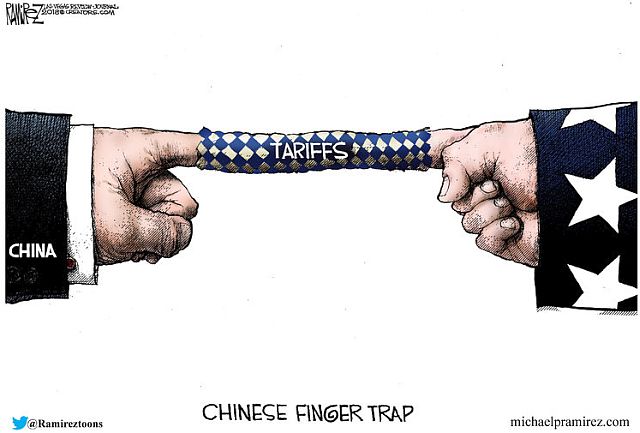 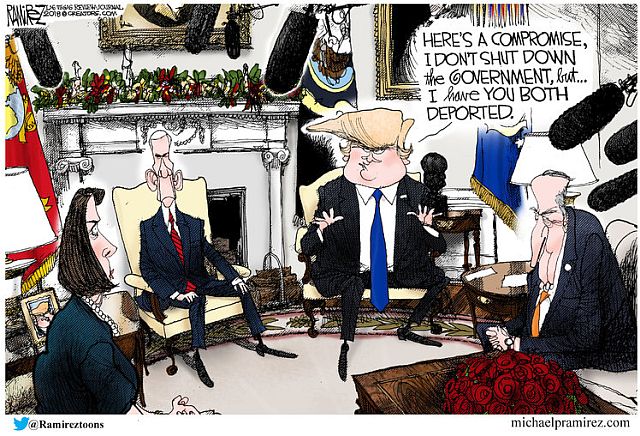 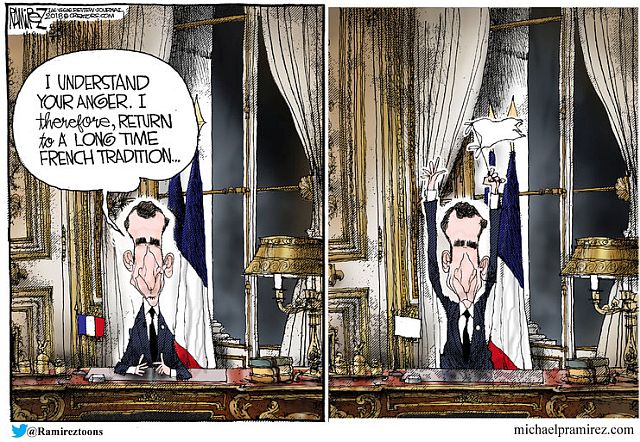 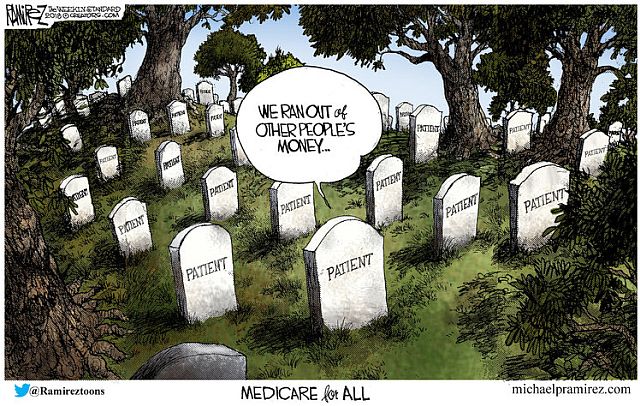 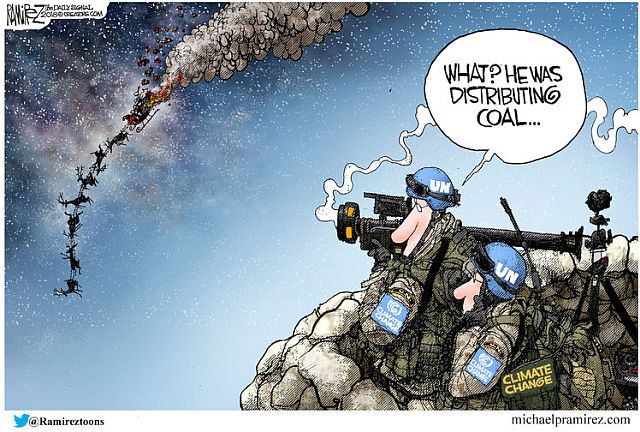 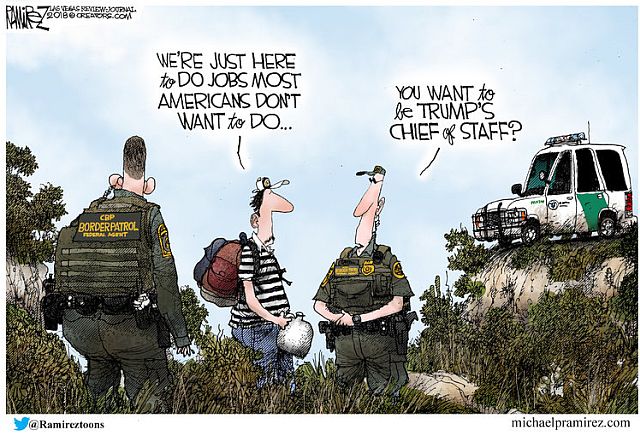 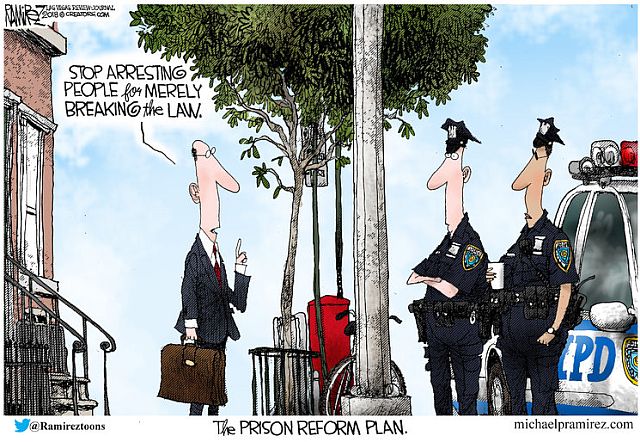