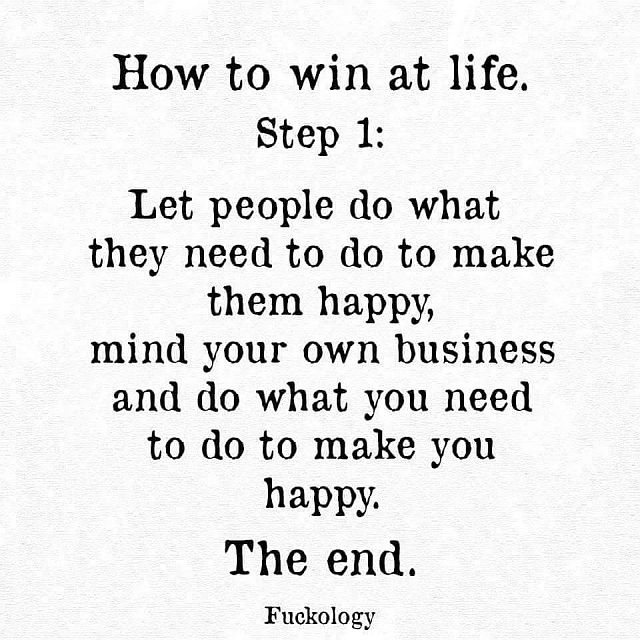 Joe’s Comment – Sounds like a play from the Libertarian playbook.  Works well in theory…..  Too bad reality is so tough on theory.

Left Is Left (and East Is East) 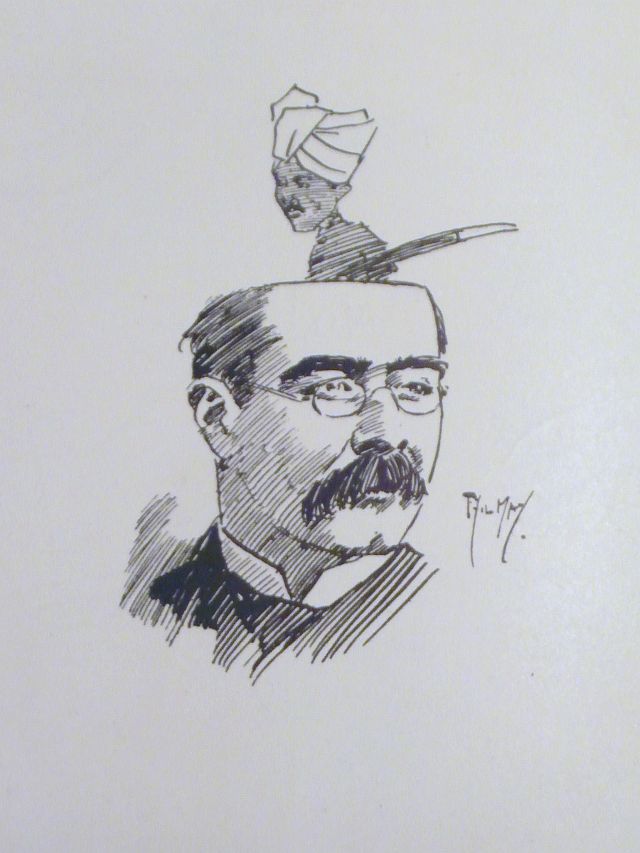 Joe and I think Rudyard Kipling wrote from his heart to the times he lived.
From “The Ballad of East and West“, the opening stanza sets the stage for confrontation of extremes –
“Oh, East is East, and West is West, and never the twain shall meet,
Till Earth and Sky stand presently at God’s great Judgment Seat;
But there is neither East nor West, Border, nor Breed, nor Birth,
When two strong men stand face to face, though they come from the ends of the earth!”
Joe asks, who are these two strong men?
From our (Joe’s and my) perspective, the Western world is dividing into two camps of irreconcilable ideology – socialism and capitalism.  Each camp is gaining momentum (via non complementary strategies).
There is an old advertisement about traffic safety that used a line from a poem by John Lyle called “The Showdown Might Be Tragedy“.  The first stanza –
“When our trust is in the gambler and the odds are on the wall
And all the whores can beg for rain-checks
While their johns lose all recall
And when our minds are always busy mailing letters to the sea
It’s the show-off age and it’s the show-off stage
And the showdown might be tragedy”
It is indeed the show-off age and the show-off stage in the Western political arena.  The raging progressives are screaming ad hominems at volume 11 with no data, no facts, and very little logic fueling their emotion.  The true conservatives are wishing they could just get on with their lives without constant interruption by beleaguered “minorities” demanding reparation, reward, respect, conformity, and resignation.  Oh yeah, and endless coerced financial support.
One man is rising to the top of Joe’s list as a sane and well informed vox humana of the conservative political organ – Dinesh D’Sousa.
If you haven’t purchased his latest book (The Big Lie), or watched his movies, or read any of his other books, Joe has a question for ya…. what the Hell are you waiting for?:

Islam Is NOT a Religion
Joe and I have a rough definition of what a religion embraces, and what it rejects.
Nothing too extreme – the Golden Rule (and the Platinum Rule).  Believe whatever you wish with a few conditions – the lives and property of “non believers” (those who do NOT think as you do) are beyond the direct influence of you and your fellow believers, the individual has basic rights, one of which is freedom from physical (or otherwise) coercion to change, conform, or subjugate their self to your beliefs.
Joe has always maintained that if you MUST be religious, practice your religion in private and alone.  Preferably in a basement somewhere out of sight or sound of others.  And in the dark.
An essay by Bert Prelutsky outlines what should be a national position on Islam.
The first few paragraphs of the essay set the tenor (worth the read – click the link)
“It is high time that we in the West acknowledge that for the past 1400 years, Muslims have been at war with us. Sometimes, you’d hardly be aware of it. On other occasions, as when they invaded Europe during the Dark Ages or the Barbary pirates attacked our ships shortly after we’d won our freedom from England, they became something more than a blight on the world’s landscape.
If Islam is to be considered a religion, so is Nazism, Communism and so is my left shoe. What Islam really is is a plague that spreads cancer to every corner of the earth.
Since 1979, when Jimmy Carter pulled the Persian rug out from under the Shah and ushered in 38 years of constant upheaval in the Middle East, Muslims have proven to be a worse nuisance than Russia, China or North Korea, and far likelier to use nuclear bombs to make a point.
By posing as followers of a religion, the barbarians have staved off a great deal of the hatred and derision that would otherwise be aimed in their direction. And what a religion it is that we’re supposed to respect! Its holy book calls for the subjugation and mutilation of women, insists that non-Muslims should either be killed or converted, and decrees that depicting Allah in a cartoon is a capital offense.
We are told that most Muslims don’t follow the teachings of Muhammad all that closely. If that’s the case, why don’t they take up another religion that would free them of the obligation of claiming they shouldn’t be lumped in with those who blow up, burn, shoot, stab, hack and drive over infidels? Moreover, often as not, “infidels” are simply those who belong to a different faction of the death cult, be they Shia or Sunni.”
After you read the entire article, Joe says we can talk.
ANY religion whose basic tenant is subjugate, tax, or kill those who do not believe is not a “religion”.
Maybe Islam is the political cause of low IQ people.
Joe says tone it down, Dave.  We have no data.
I say the data is there, but no one has the balls (or vagina) to collect it and present it.
Perhaps a space station populated with those wonderful entities exceeding 130 IQ might be a salvation, or perhaps a “country” that will not allow a citizen with an IQ below 120.
Joe says I’m a racist.
I say whatever….. stupid people should not be allowed to vote.

US of A, Israel
Joe and I are tickled pink that the US is building a military base on Israeli soil.
About bloody time.

Philosophy (or Bust)
Joe and I have dabbled with trying to understand something (anything!) about the Big Three (questions) – who are we, where did we come from, where are we going? for longer than we can remember, or wish to admit.
The branches of philosophy are charged to help in categorizing, explaining, and ultimately understanding complex conundrums of this nature.
Nice tools if you can use them, but, from whence came philosophy? (chicken vs egg)…..
Thank doG for the fine folks at exurb1a, who have summed the entire history of Western philosophy into a 9+ minute presentation:

Q.  And what pray tell allows this magnificent convolution of conflicting ideas and theories to be processed?
A.  A minimum of 1 (one) human being, gender non specified.
How is a human constructed?  Once more, the good folks at exurb1a have a summary, concise and efficiently delivered in just over 7:00 minutes:

Google Redux
Joe and I are concerned about an open and free Internet.

Joe’s Garage
No work accomplished on the ’49 F47 pick-up this week.
We have an electrical inspection in less than a month to finalize the turn-up of the 200 ampere service panel we installed about a year ago.
Moving the circuits from the old 100 ampere panel to the new 200 ampere panel requires identifying the old circuit, turning down the breaker, then removing the wire(s) from the old panel.  If the direction the old wire is routed allows, it will be long enough to swing to the new panel.  If not, there are two options: first, run a new wire(s) or second, install a splice box to hold a splice from the new panel breaker wire to the old wire at a convenient location.
While doing so on Sunday (today) both of the kitchen counter receptacles were the focus of a move.
Since moving to this house in 2005 Joe and I have been disgusted with the kitchen receptacles, of which there are three.  Kitchen receptacles should be split; i.e. each plug-in run from a different breaker.  This kitchen is not.  That is, the receptacles are not to code.  We figured when we upgraded the panel it would be time to bring the kitchen receptacles up to code.
The south receptacle looked like this – 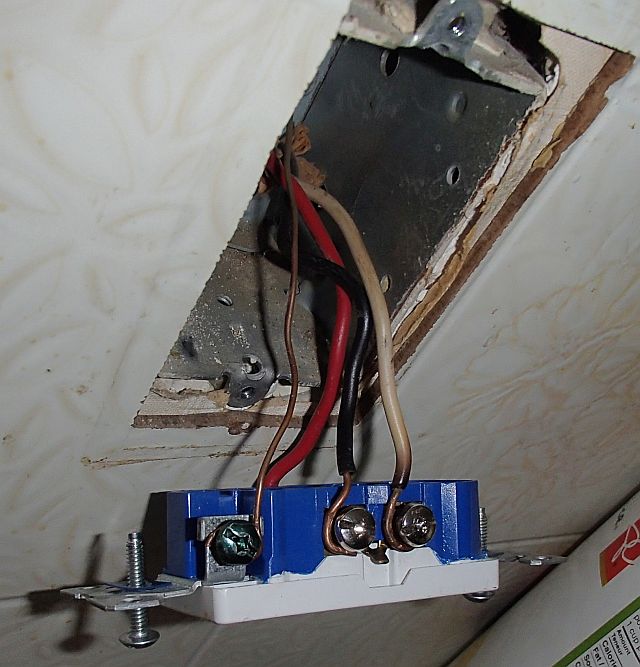 In household circuitry, the standard is as follows:
– black and red wire are 120Vac
– white wire is Common
– bare wire is Ground
On the receptacle, the green screw is Ground, the chrome or silver screws are Common, and the copper screws (other side on the picture) are for 120Vac.  If you look at this receptacle, you can see a tab connecting the screws – this tab must be broken to create a “split duplex”, where each plug-in is separated from the other.
Looking at the picture above, the electrician (? whoever did this was either drunk or ignorant) wired the black and white to the same point i.e. the black wire goes to Common (white).  You can see the result of what happened when they fired up the circuit – burny burny!  Only one plug ever worked on this receptacle.
The second receptacle wasn’t as spectacularly fucked up, but it was not split and the power is also running the front hall lights.
Not cool.  Not code.  Not acceptable.
I would like to say this is the only cock-up we’ve encountered, and everything is going peachy.
Joe says that would be lying.
Joe wanted to have a talk with the electrician who created this monster.
I reminded him the house is a ’60’s build.
The electricians might be in an old age home by now.
Joe says that’s more than they deserve….. 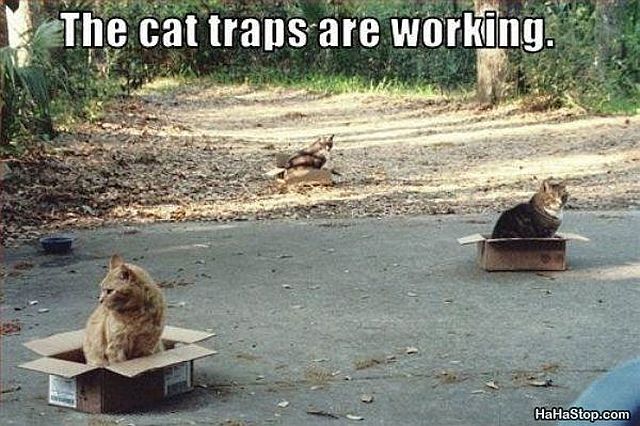 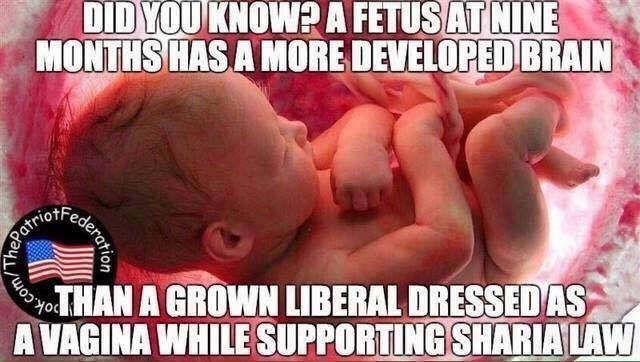 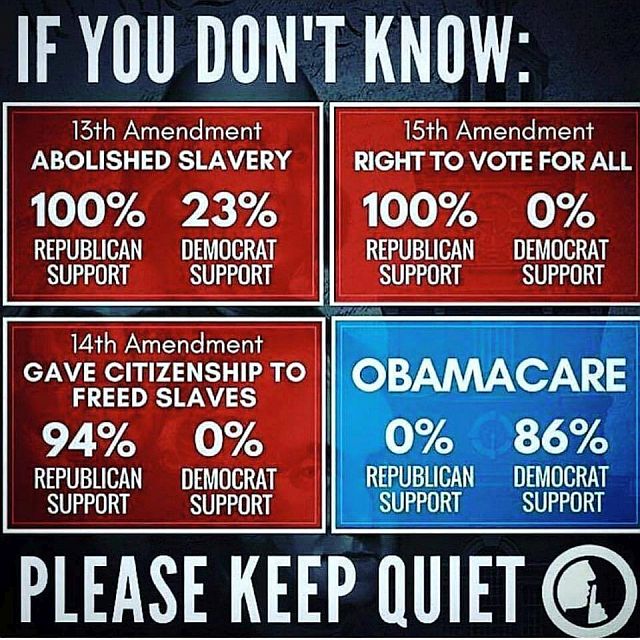 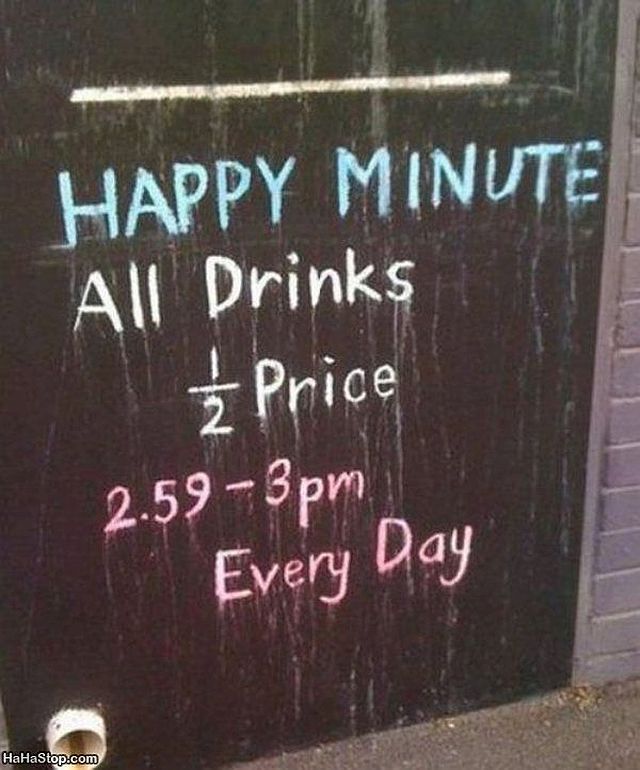 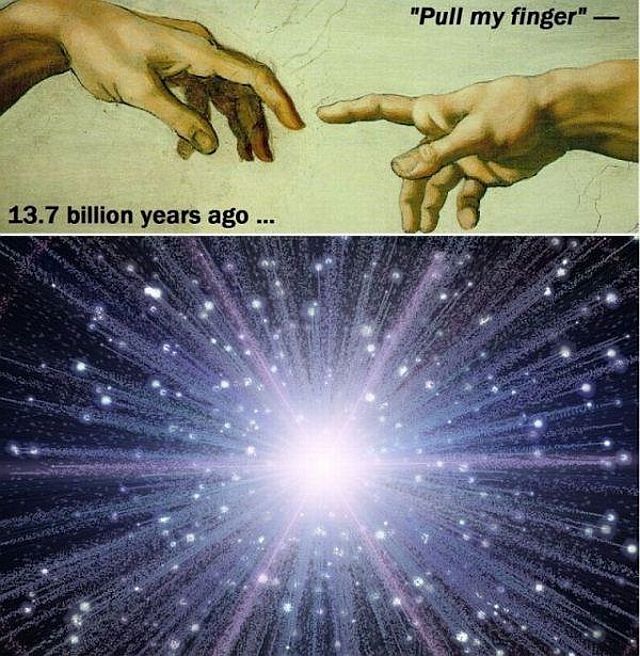 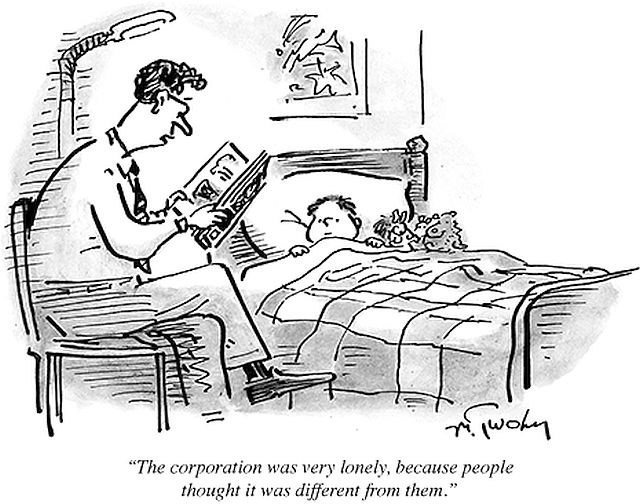 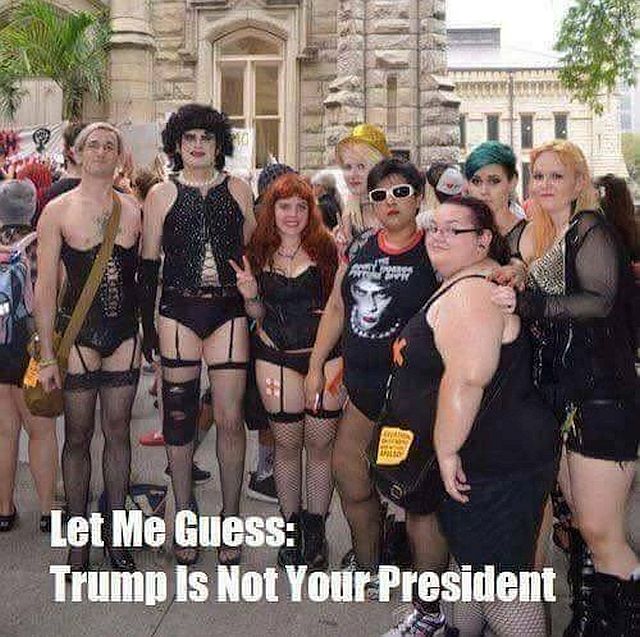 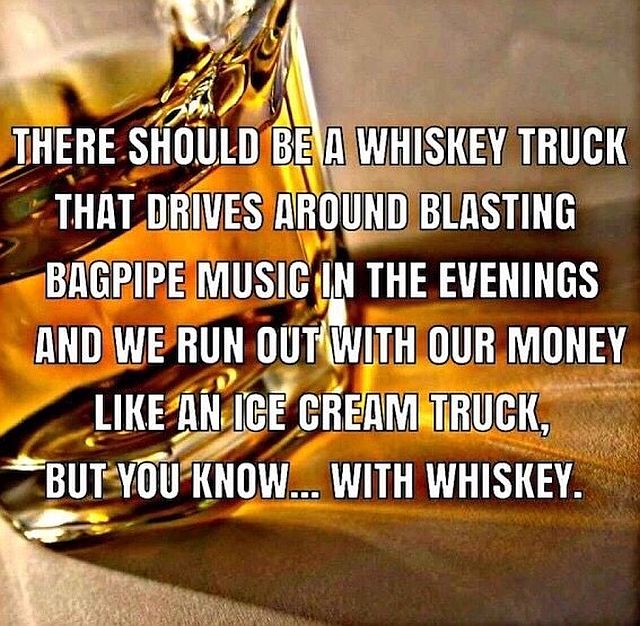 This week in Vernon was mild!
As of this writing (Sunday morning) all of the snow is gone (except for the small amount behind the shop out of direct sunlight).
The furnace isn’t rattling and banging non-stop as it was only the week before.
Joe says he’ll accept this until New Year, then let it warm up.
I’m not so cheeky…. 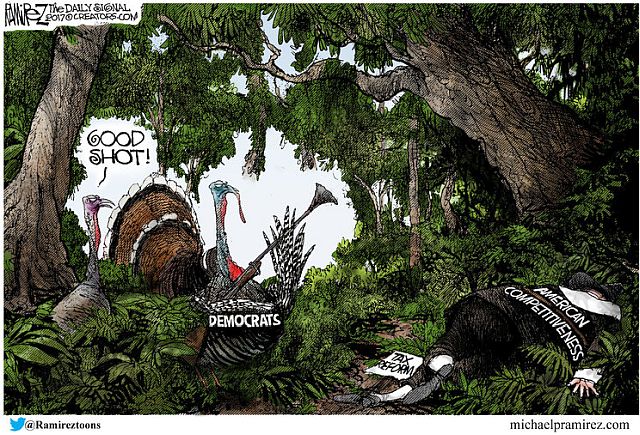 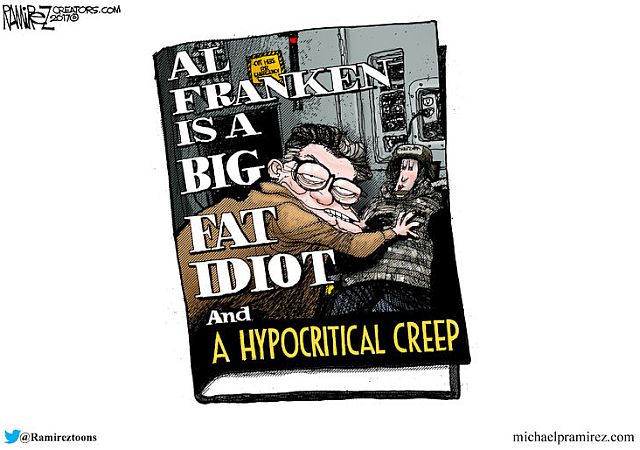 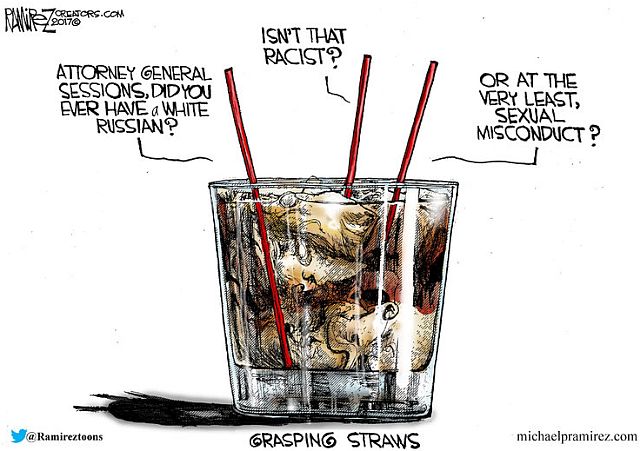 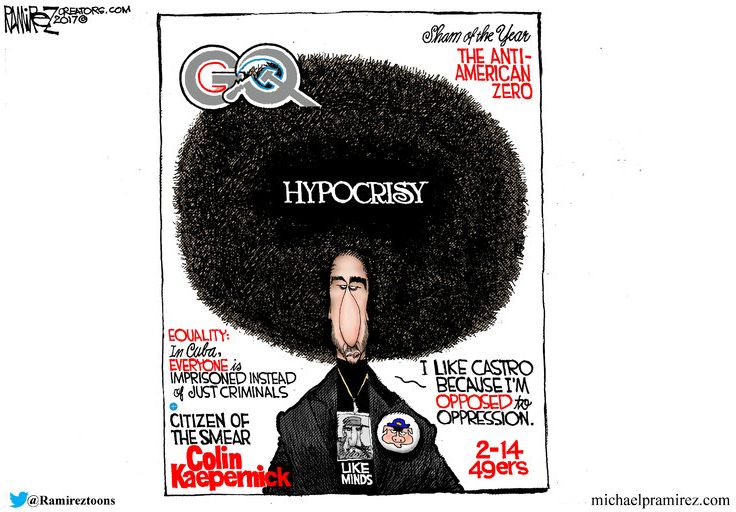 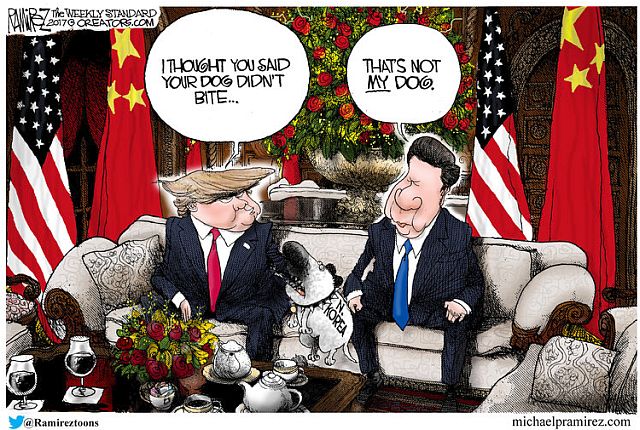 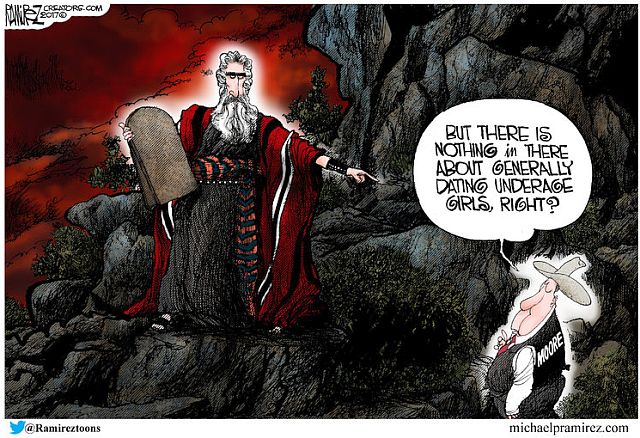