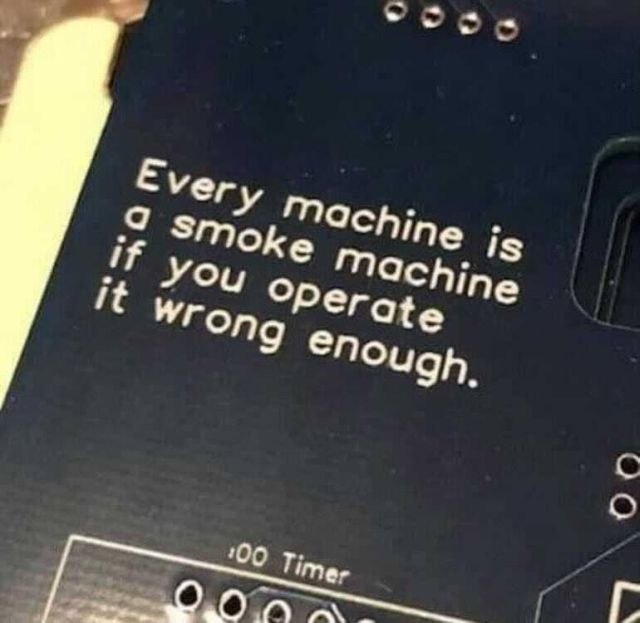 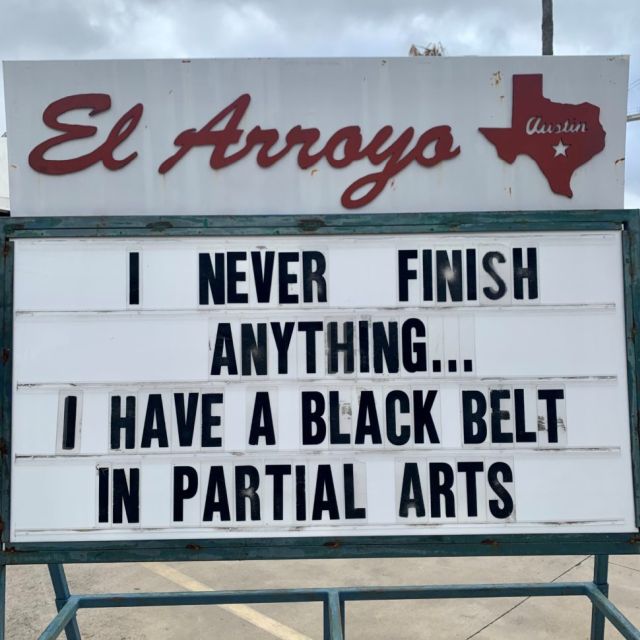 Joe’s Comment – Snow and wet this week.  Projects scattered all over the 1.25 acres of paradise I call Droveria.
Tools in the snow and clay mud.
Summer chores abandoned.
Autumn chores hastily ignored….. (gotta shut off the outside water taps!) (never did rake the leaves) (6 foot weeds still need wacking)
Well, you win some, you loose some…..
I am the King of Procrastination! 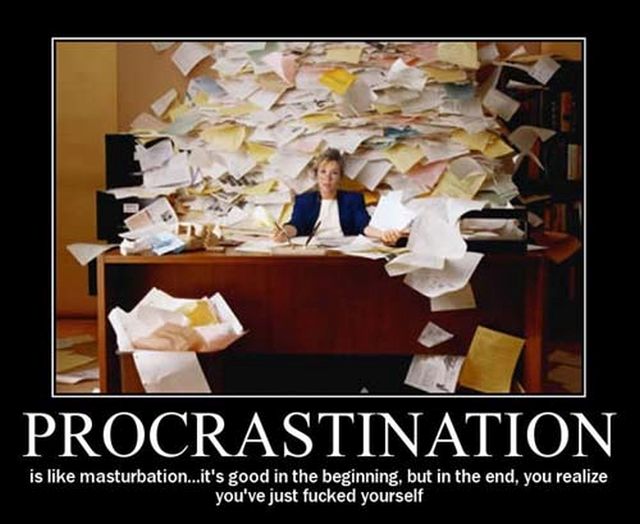 Only 7 more Sunday Rants this year.
Time flies faster every year.
The hope of an Indian Summer lasting ’til New Year is dashed.
Next hope in my infinite series is no precipitation ’til then.
Another hope is temperatures above zero.
I am the Don Quixote of Hope (not the city). 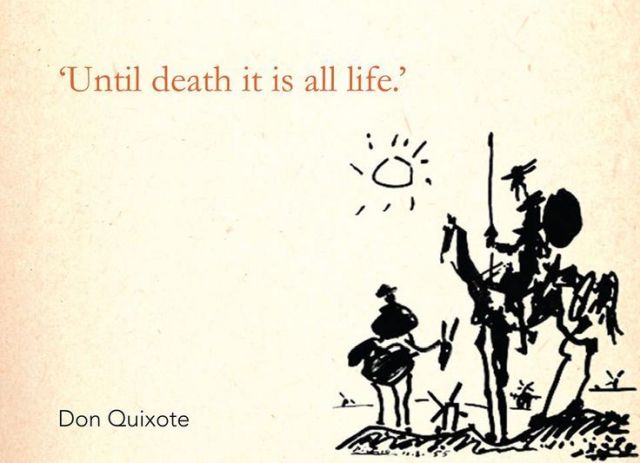 Quick Dick McDick
An update on QDMcD’s public appearances in the next few whiles (thank you Donald), plus a short on how to farm snow.
Short but sweet:

The following video is a preview of a Stew Peters production titled “Died Suddenly”.
Some horrific scenes in the trailer.
The full video will be released on November 21st, 2022.
Joe and I will be sure to watch and comment:

Neil Oliver on COVID Aftermath
Mr. Oliver captures the amazement us “Pure Bloods” feel when the crazies suggest they should be forgiven for their misdeeds during the so-called pandemic.
Joe and I agree with Mr. Oliver.
Let justice be done.
It is time for an end to action without consequence.
The sheer gall of the tyrannical progressive left leaves us speechless.
How can this be resolved if those responsible are left to do it again, whenever the next mass hysteria presents an opportunity?
Mr. Oliver, like Joe and I, will never forget.
Nor will we forgive:

Ukraine (+NATO) vs Russia
There is a man who posts to Ub2b named Gonzalo Lira.
Joe and I think he speaks with some authority about the situation in Ukraine.
The lighting of a cigarette seems a hallmark of his videos, along with a Cheshire cat grin:

Sanity4Sweden
Stefan continues his good work, observing world events and commenting from his perspective.
Joe and I watch Stefan every day he releases a new video.
We improve our Weltanschauung with his input:

Dr. Robert Cywes
Proof?
We don’t need no stinkin’ proof!
Do we?
Well, yes, when making a point, proving a theorem, or establishing a truth, it is helpful to have evidence supporting your argument.
The good doctor provides ample proof; enough to make you think hard.
And give new meaning to “You Can’t Go Home Again“, the Thomas Wolfe novel.
Meaning we humans weren’t exactly those humans, these animals weren’t exactly those animals, and modern plants didn’t exist!
Why not invest a few minutes and get a great big whopping cognitive disconnect, compliments of Dr. Cywes:

A quote from Mr. Wolfe’s book:
“You can’t go back home to your family, back home to your childhood … back home to a young man’s dreams of glory and of fame … back home to places in the country, back home to the old forms and systems of things which once seemed everlasting, but which are changing all the time – back home to the escapes of Time and Memory.”
Joe and I speculate that humanity is encapsulated in a time-space anomaly that is one directional only.  Almost as if time exists outside of time-space.
What we’ve gathered from the book and Dr. Cywes is our diet isn’t exactly what it was (refrain – The Old Gray Mare):

In summary, the old gray mare ain’t what she used to was.
Nor is humanity.
Evolution is slow and fast and undetectable and blatantly obvious.

Stella URS 100
What in the world is this?
A beast!
The URS 100 is a remote controlled mower/mulcher that can operate on a slope as steep as 55°.
Joe says a herd of URS 100 remotely controlled by a computer program would be a fearsome clearing team:

Artificial Intelligence
Who are the good guys?
The following two videos from Digital Engine may cause slight anxiety.
There are advocates of AI, and there are “The Sky Is Falling” reactions from AI’s detractors.
Joe would love to have a robot helper.
Joe and I would not like to fight against robots.
Joe says that pesky human instinct to be the destroyer before you are destroyed will insure that somebodies, somewhere, are working on being there first.
A strange world is here now!:

The other side of the coin is what the combination of AI and robots can do to make life easier for humanity:

Joe and I see AI and robots as an opportunity to usher Heaven on Earth.
As per Ms. Belinda Carlisle:

Smart Animals (Not Humans)
After the above AI videos, more pressure from smart non humans.
There is a lot of competition among the living.
Joe and I think the title is misleading.
We are not shocked, nor do we think IQ is the metric of measure.
Very entertaining video from WATOP:

Powerstroke Help
Powerstrokehelp.com has been a source of info for Joe since we bought our 2006 F350 about 6 years ago.
In this video, Bill and Mike instruct anyone watching how to inspect a Ford Powerstroke for issues.
Joe and I like our 6.0L Powerstroke.
Helpful info: 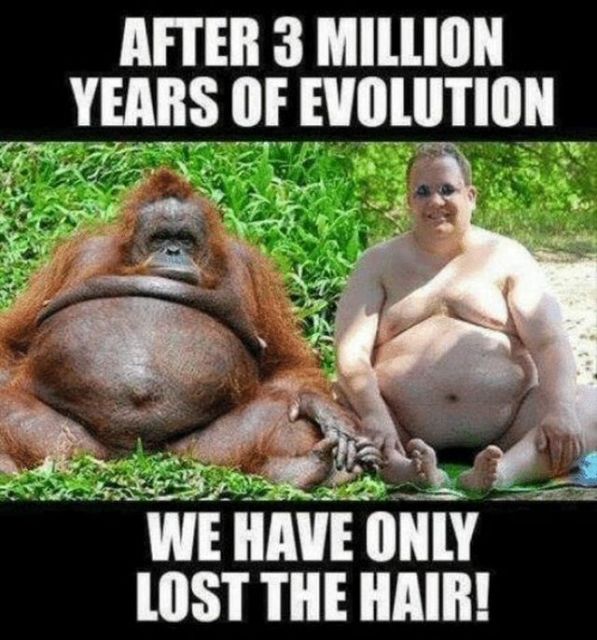 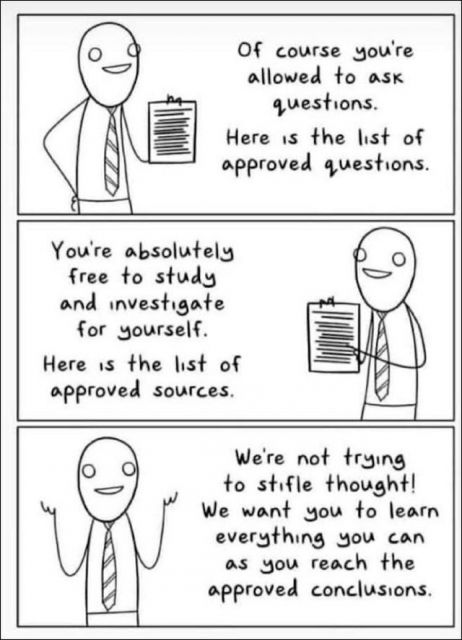 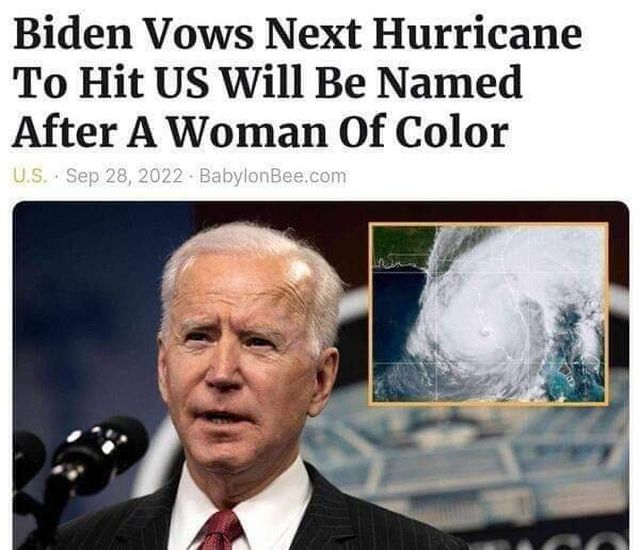 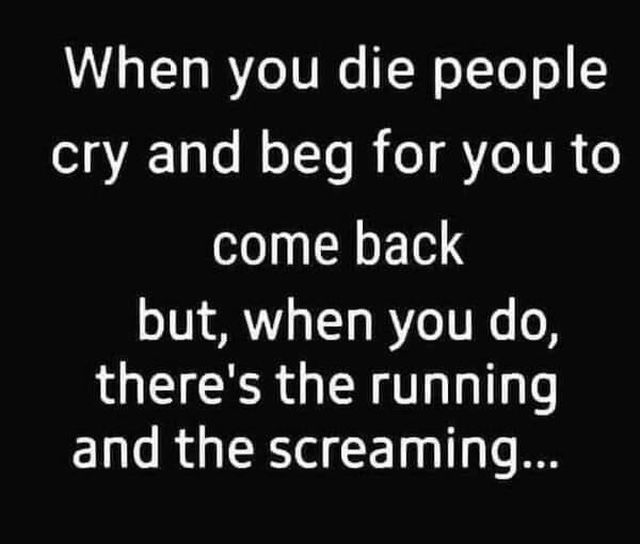 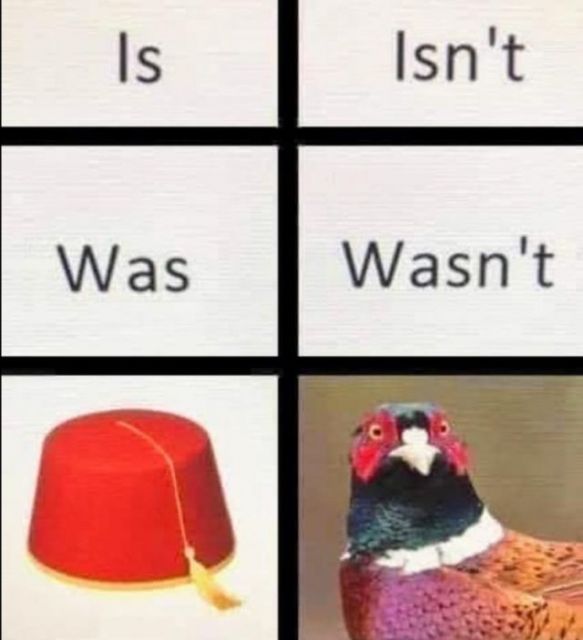 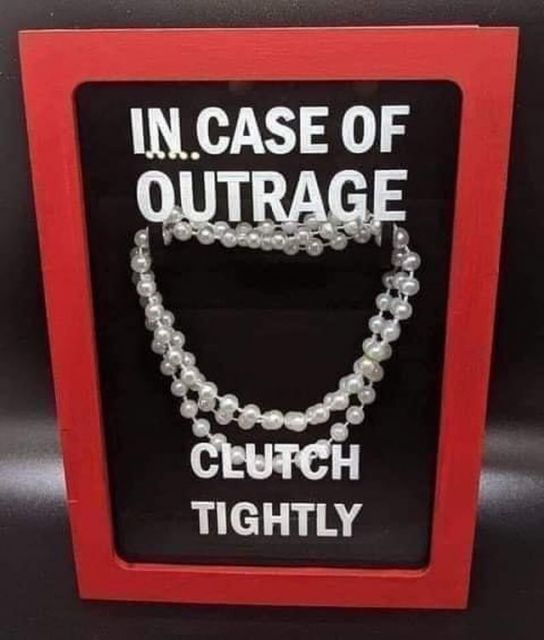 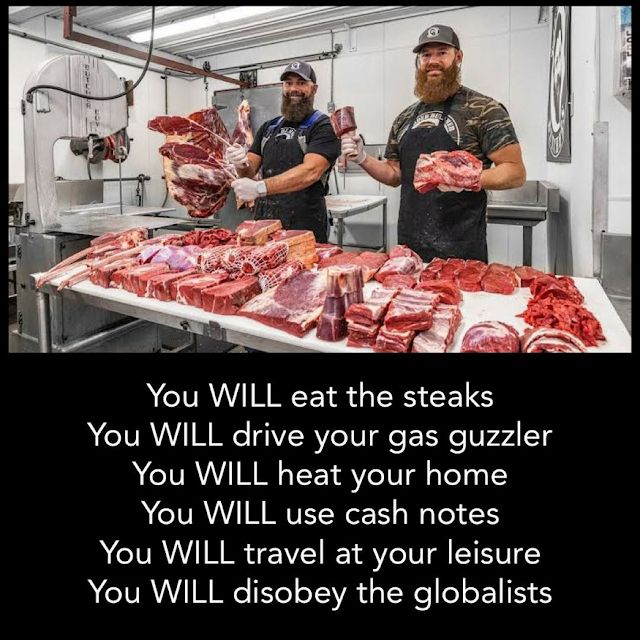 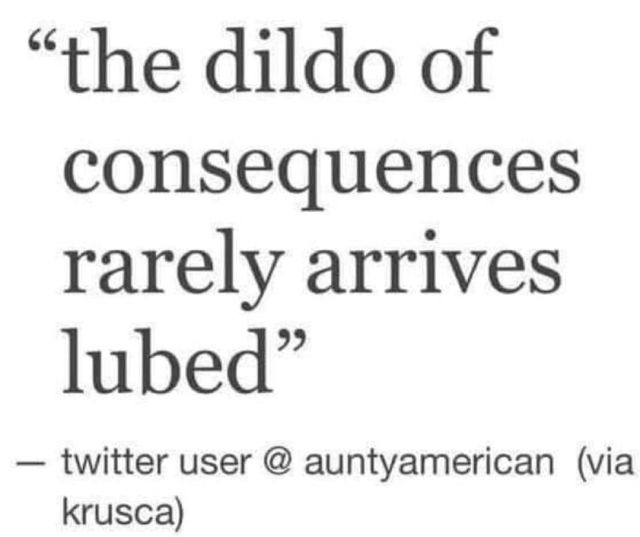 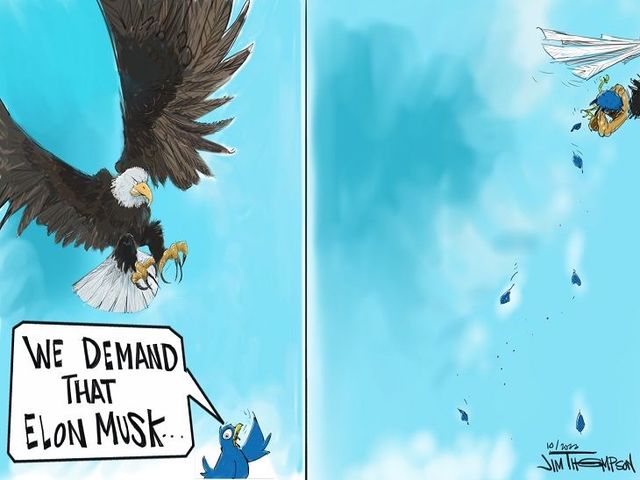 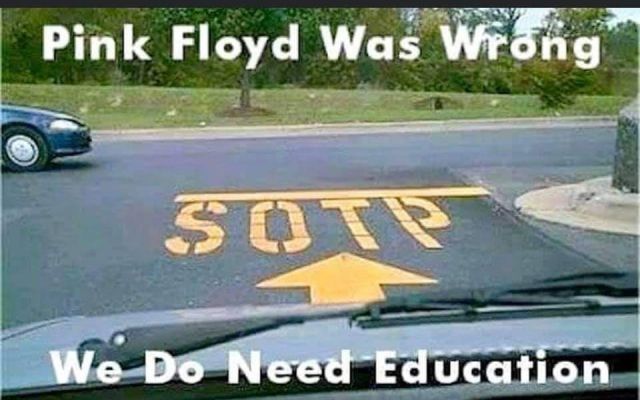 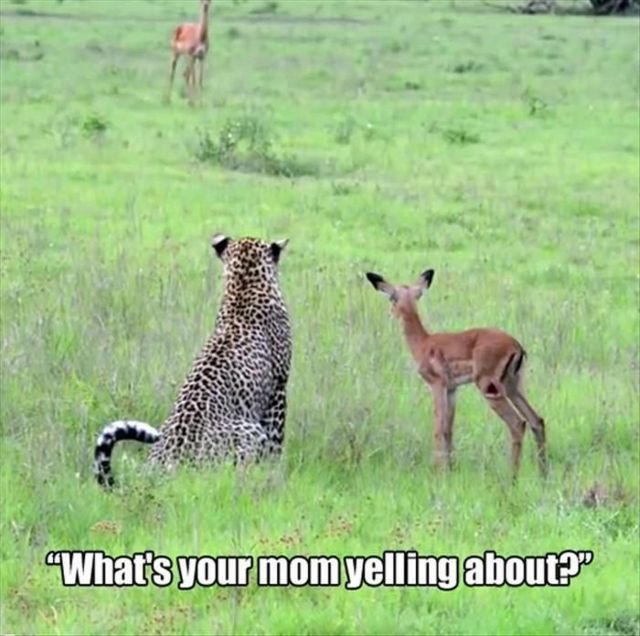 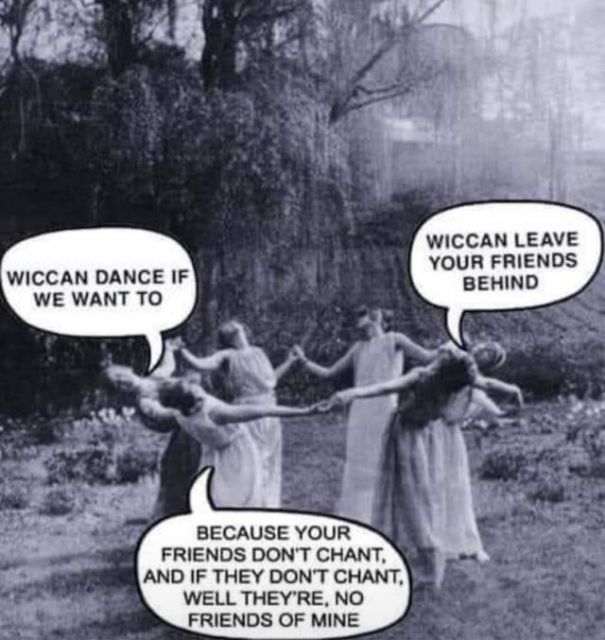 Next Tuesday there is a midterm election in the United States.
There is speculation that Joe Biden and his administration will be dealt a defeat of epic proportions.
Or not.
This Sunday Sermon is a discussion between Jordan Peterson and Newt Gingrich, former Speaker of the House.
The topics discussed cover a broad spectrum.
Joe and I think Mr. Gingrich does a good job educating Mr. Peterson about politics.
A psychologist and a politician having a deep conversation; who would have thought?
We haven’t seen JBP listen so intently for so long.
This conversation has helped Joe and I prepare for the Tuesday election.
Two wise men, worth the time to listen:

This week in Vernon BC there definitely was weather.
Cold.
Cloudy.
Below zero Celsius several nights.
Snow.
There.  We’ve said it.  Damn hard, white water.
Autumn is slip slidin’ away.
The ground isn’t stiff yet.
The back yard is not navigable via vehicle.
Because our property is slightly sloped downhill westward, and is on a bed of clay averaging 20+ feet thick, just a few drops of water make goose snot slippery.
Good snow tires rotate one time before clogging completely…..
Any effort to change inertial state with forward or reverse momentum results in a gradual downhill vector.
On the few flat surfaces around the property, in the past, Joe and I have been stuck in a 4 wheel drive vehicle during monsoon / first snow and freeze.
Time to say goodbye to the “back 40” until hard freeze or late fall warm and dry.
Below is a representation of what might happen driving in the wet soft clay of our back yard – 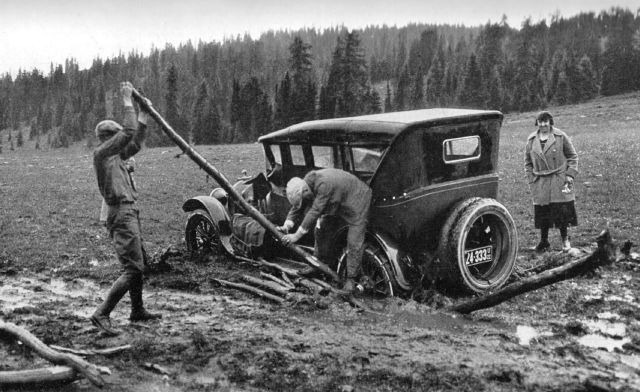 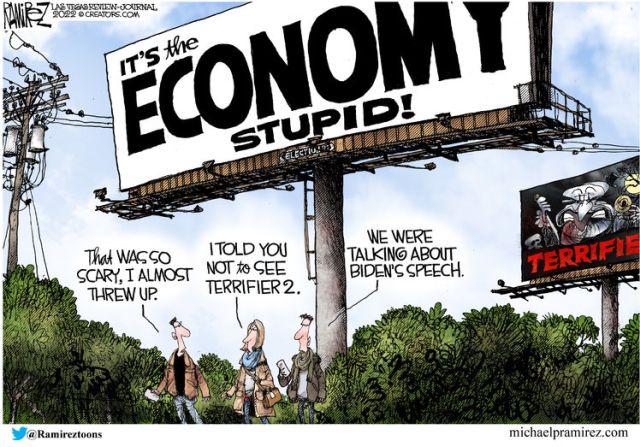 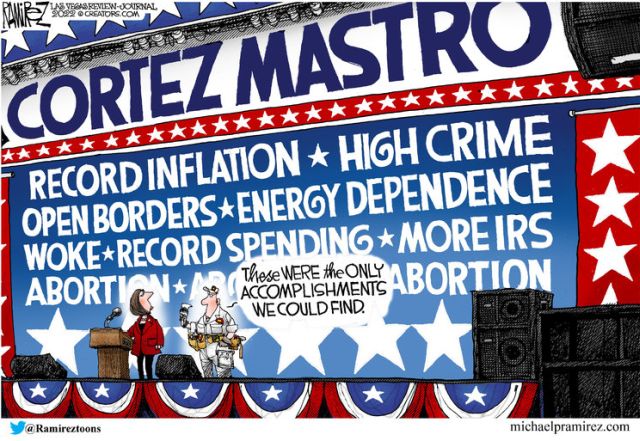 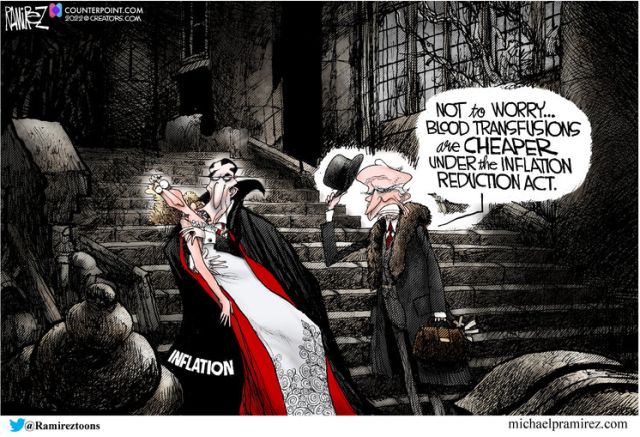 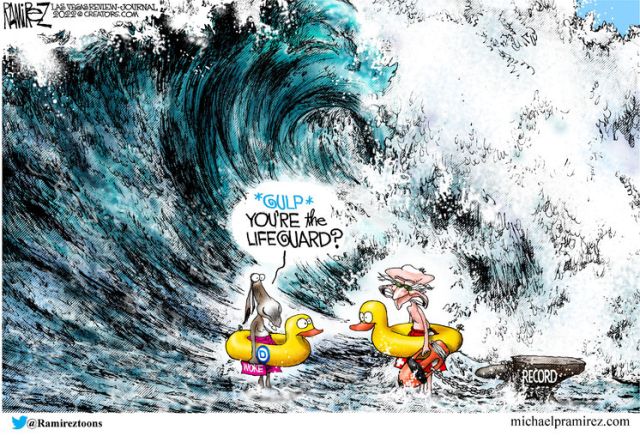 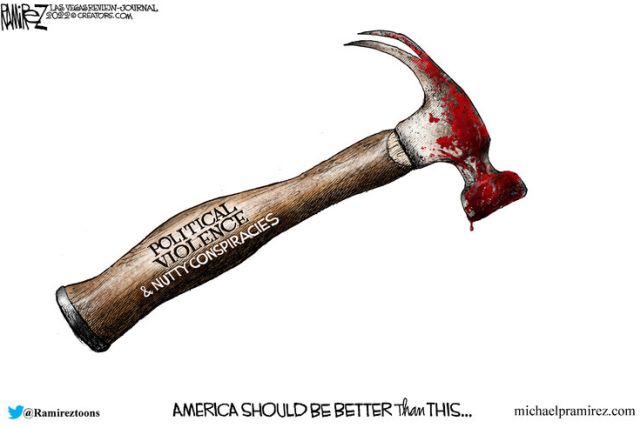 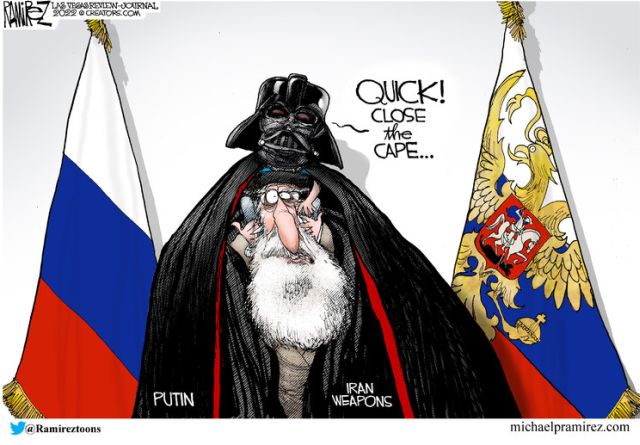