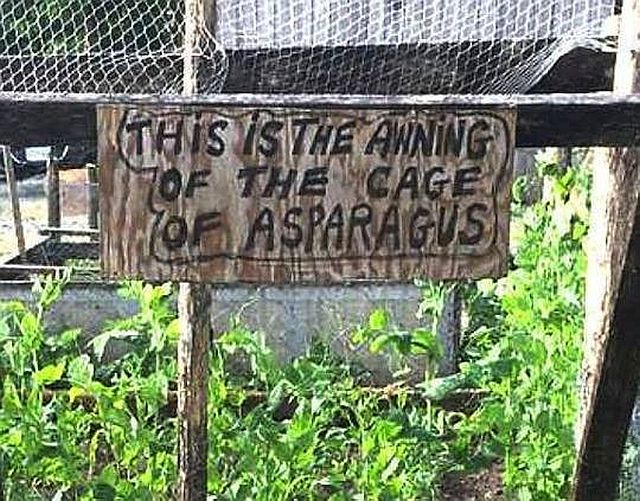 Joe’s Comment – The depth and breadth of humour exhibited by John Q. Public is astounding, astonishing, and humbling.  doG bless the Internet that enables mutts like me to experience and enjoy the frivolity and lightheartedness of fellow travelers.  The namesake (of the above) for the flummoxed:

Surstromming Saga
Joe has a sensitivity to stink.
I puke.
We hope we NEVER EVER even smell surstromming:

Luther Rocks!
This week in October, 1517, is the time Martin Luther posted his 95 theses to the door of a Catholic church in Wittenberg, Germany.  Five hundred years ago.
This is considered by some as the beginning of the Reformation.

Joe and I cannot imagine what life was like for the average Joe (or Shmoe) at that time.
For Martin Luther to take on the most powerful entity in Europe, the holy Roman church, was an act of courage and conviction.
Like opening Pandora’s Box, once the idea was born to Martin Luther and spread to the general population, there was no way to go back, to put the Protestant toothpaste back in the tube, much to the chagrin of the Catholic church.  His ideas were picked up by Calvin, Zwengali, and others who found purchase in his arguments counter to Catholic doctrine.
It can be argued that all of the advancements in the West have common foundation blocks.  The creation of “Protestantism” in all its forms that precipitated from Luther are surely one of those blocks.
Joe and I were raised Anglican, but have little joyful memory of the fact, of the experience.
When checking the known quotes of Luther, the following struck us as quote-worthy.  We can imagine him speaking thus when facing his accusers at the Diet of Worms, a Catholic inquisition  – 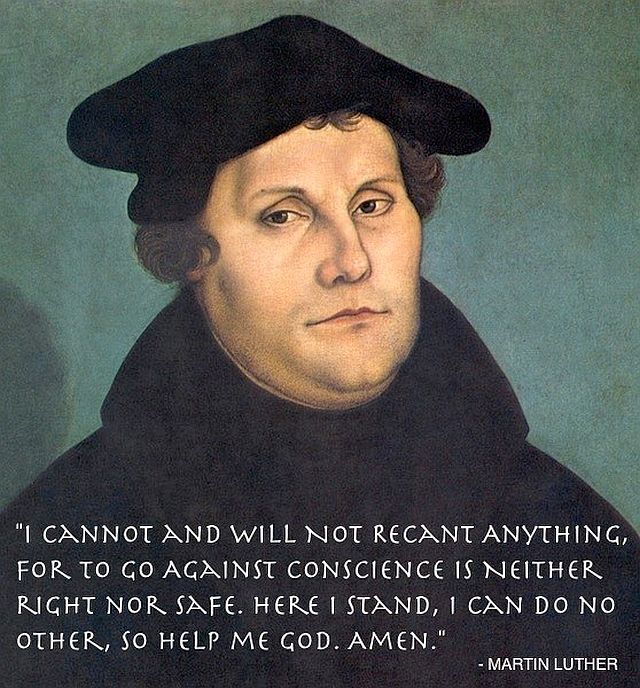 #1 (With a Bullet)
Joe and I think Bill Whittle is a master of presenting cold hard facts in a contextual manner which delivers an undeniable conclusion.
Take this one for example.
Mr. Whittle has rendered a fact that will make the gun prohibiters howl at the moon.
Joe says the problems of the world are brought by low IQ and progressivism, in that order.  As mentioned below in “IQ As Indicator”, the sweet spot for criminal activity is IQ 85.  Just the facts, Ma’am:

IQ As Indicator
Joe and I are in accord: IQ is a valid indicator of competency.  The correlation between IQ and various measures of capability are statistically high, ranging from 0.4 to 0.9+, depending on that which is being measured.
Joe says store that data for a few minutes, while you read on…..
There is a theorem called “Price’s Law“, which states that in any domain dedicated to a task, 50% of production will be the result of the efforts of a number of individuals equal to the square root of the total population.  I.e., if the workforce is 100 people, 50% of production will be the output from 10 workers.  Jordan Peterson makes the case in this short excerpt from a longer lecture (Personality 19: Biology & Traits: Openness / Intelligence / Creativity II):

Joe says hold that thought.  More to come…..
Now look at this essay by L. Todd Wood.  The following is an excerpt from the essay –
“Blacks are around 15 percent of the population. Depending on what study you look at, they commit around 40 percent to 50 percent of violent crime in America. Of course, there is going to be a problem with police. And, of course, there are some bad policemen. However, those bad apples do not kill black people statistically anymore than they kill white people. Even Harvard said that recently. If you were a cop, and you had to work in a neighborhood infested with crime and murder, wouldn’t you act differently than in a neighborhood where there was little crime? The most effective thing black America could do to improve its relationship with police is to significantly reduce violent crime where they live. Yes, that means change the culture of where you live and your community.
I for one am tired of being blamed. I am tired of dealing with people who only want something from others. I don’t oppress anyone. I don’t hold anyone down. I’m tired of getting on the D.C. metro and seeing white people being harassed by roaming gangs of black youth with their pants around their knees. Yes, you want a white person uncomfortable? That makes me uncomfortable. It’s our nation’s capital and it’s embarrassing.
Blacks have nothing but opportunity in America. Try finding the same opportunity anywhere else in the world. If you are born in America you’ve won life’s economic lottery. Take advantage of it.
The problem is this generation has been taught an agenda of cultural Marxism by our education system. They’ve been taught to be a victim, and it’s still going on. All you have to do is watch the young black, female student at Yale screaming at the college president to understand that. Blacks in America don’t even know how good they got it.”
Joe and I agree.
Some wit attached the following to the L. Todd Wood essay and posted it on the Internet, presumably to lend credence to the stated “facts”.  It states (as fact) the relationship between black people in the USA and national data:
“WHAT IF ALL THE BLACKS SUDDENLY LEFT AMERICA, WHICH IS 13.3% OF THE TOTAL U.S.POPULATION:
Amount of people in poverty would drop – 34%,
The prison population would go down by -37%,
Welfare recipients would go down by – – – 42%,
Gang members would go down by – – – – – 53%
Chlamydia cases would go down – – – – – – 54%,
Homelessness would go down – – – – – – – -57%
Syphilis would go down – – – – – – – – – – – – 58%.
AIDS & HIV would go down by – – – – – – – -65%,
Gonorrhea would go down – – – – – – – – – – -69%,
Average ACT scores would go UP – – – – – 5.5 points.
Average IQ would go UP – – – – – – – – – – – -7.4 points, putting us 3rd in the world tied with Japan,
Average SAT scores would go UP almost – – – – -100 points,
The average income for Americans would go UP over $20,000 a year”
Note:  These numbers are NOT validated, but the summary does beg a question (or two).
Joe says hold that thought, too, with whatever reservations you may have.  More to come…..
Here is a graph of IQ with a shaded “sweet spot of criminality” in red – 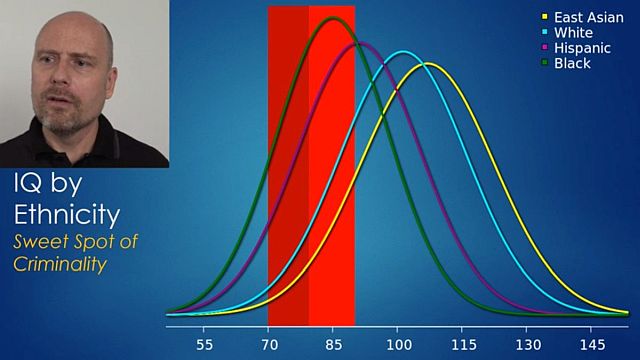 The distribution of IQ indicated on the graph is generally supported for North America / Europe / Western societies.
Joe says hold that thought.  You can do it…..
Hold them all together while you watch Jordan Peterson explain the correlation between IQ and the labor market in the West:

Note that the job market for ability IQ 87 and lower is very restricted.
VERY restricted.
The number of jobs in the West that are increasing in volume are jobs that demand a higher IQ.
As Professor Peterson explains, this gigantic elephant in the room is NOT being addressed.  If anything it is being ignored, denied, obfuscated, or associated with anti-social perspectives.  Unfortunately, these reactions do not lessen the problem.
Consider the above data as approximately accurate.  13% of 330 million people is approximately 42.9 million people – that is the number of black Americans, whose average IQ is 85.  That means that 21.5 million black Americans – half that population – have little chance of finding work of any kind (let alone “follow your passion”).
Too “racist” a comment?
Fuck you.
There are roughly 200 million white Americans, average IQ of 100.
That means 100 million white Americans with an IQ below 100.  Follow so far?  Using the “Normal Distribution Curve”, there are 15.87% of the white population with an IQ below 85% – roughly 31.74 million white Americans with little chance of finding work of any kind.
As Dr. Peterson explains, the jobless succumb to a variety of maladies which make them a burden to society.
Joe asks you now to bring back the first item on this list – the Price Law, or law of diminishing return.
In the United States, one half of the population doesn’t pay income tax.  We don’t have numbers for Canada, but would assume a high correlation.
As the future unfolds, the IQ demands of available work increase overall.
From our perspective, the reality will be fewer and fewer employed with the burden of supporting non working people on the shoulders of fewer income earners.
What say you?
Have you a solution?

Democrat Lunacy
Joe and I watch with amusement and a tinge of horror……
The Democratic Party twisting in the wind.
No need to reiterate all the talking points.
We will let Bob Hope (R.I.P.) speak for us:

Joe’s Garage
On Thursday, November 2nd, we woke to hard water precipitation.
That be snow in Joe jargon, matey.
The vernacular of the solid water averse.
Only 5 months to go…..
In the mean time, what to carry with you so ya don’t get stuck?
Here are 8 suggestions, some of which are time-tested, others new to Joe and very ingenious: 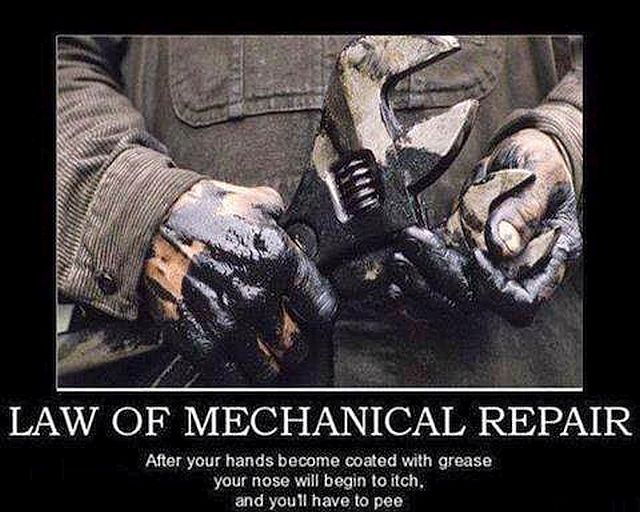 Joe’s Opera
Joe and I love opera.
We also love Meat Loaf and Karla DeVito rock opera.
If this isn’t proof of concept, please point us in the right direction: 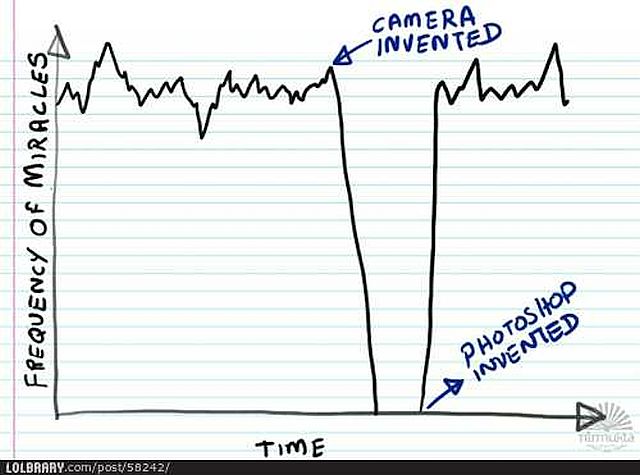 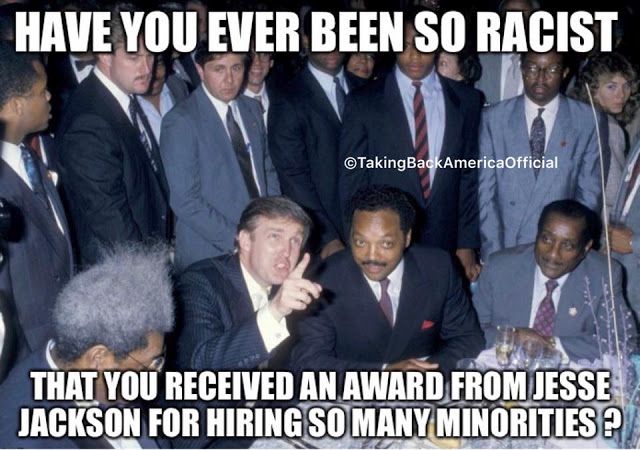 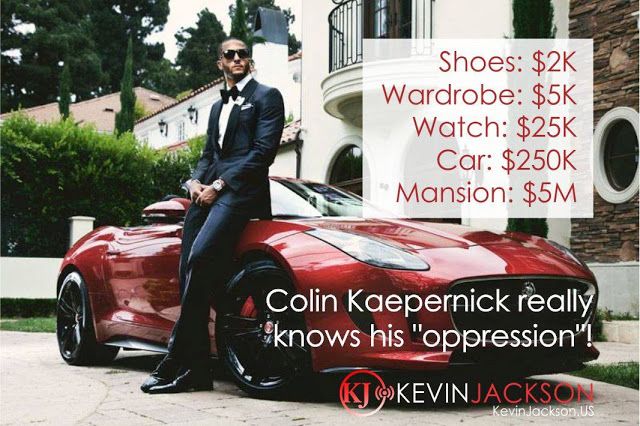 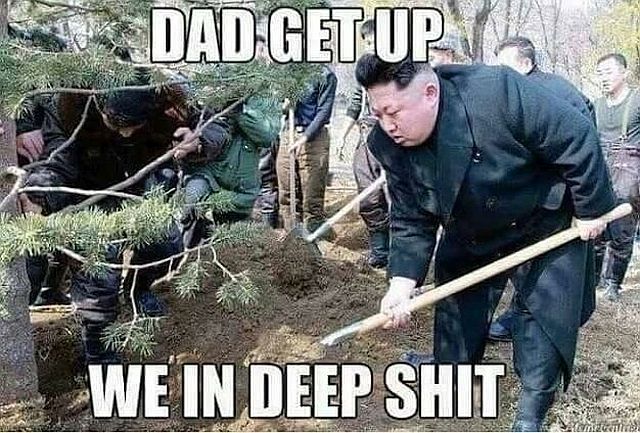 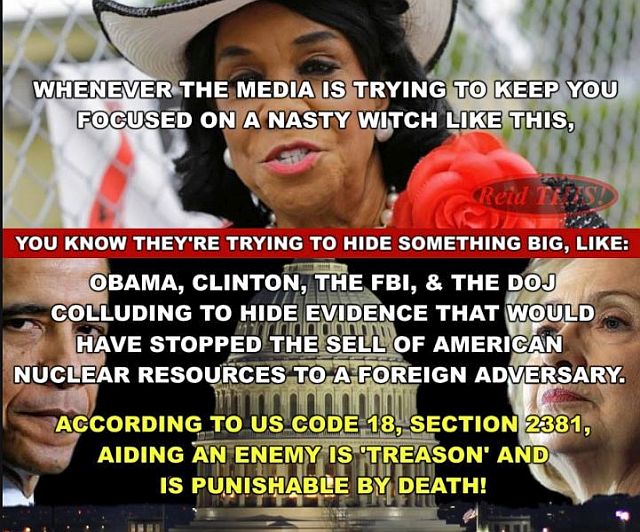 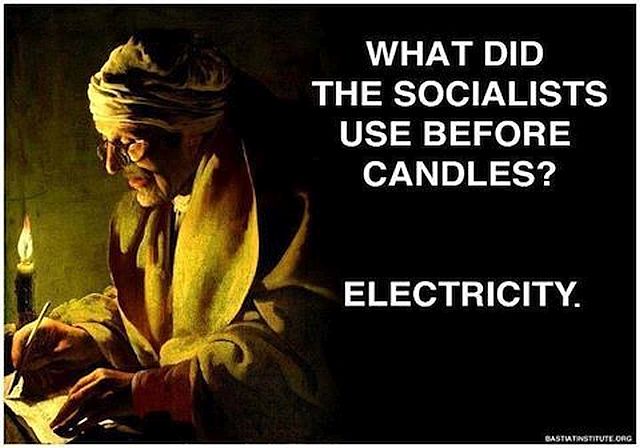 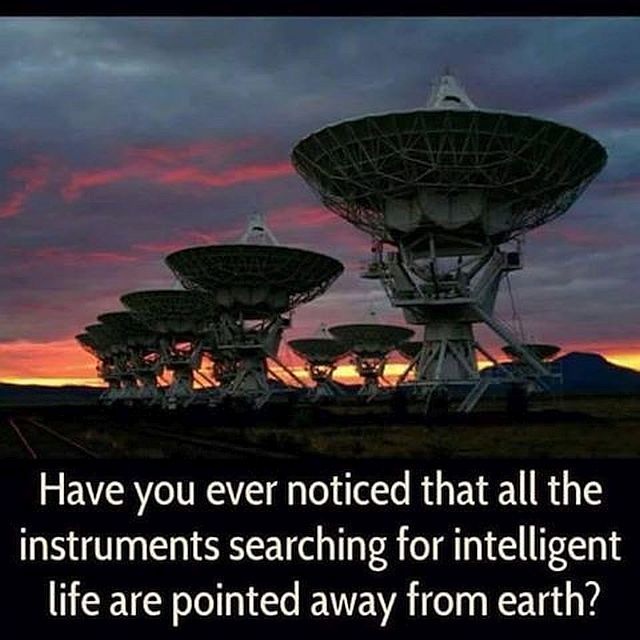 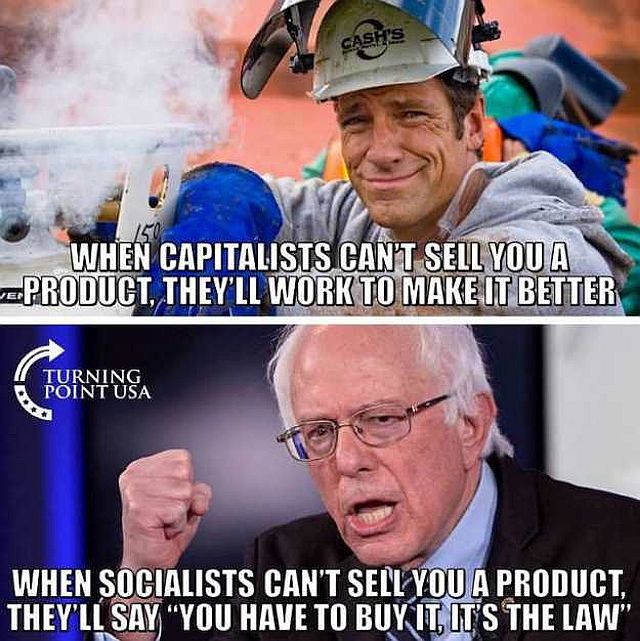 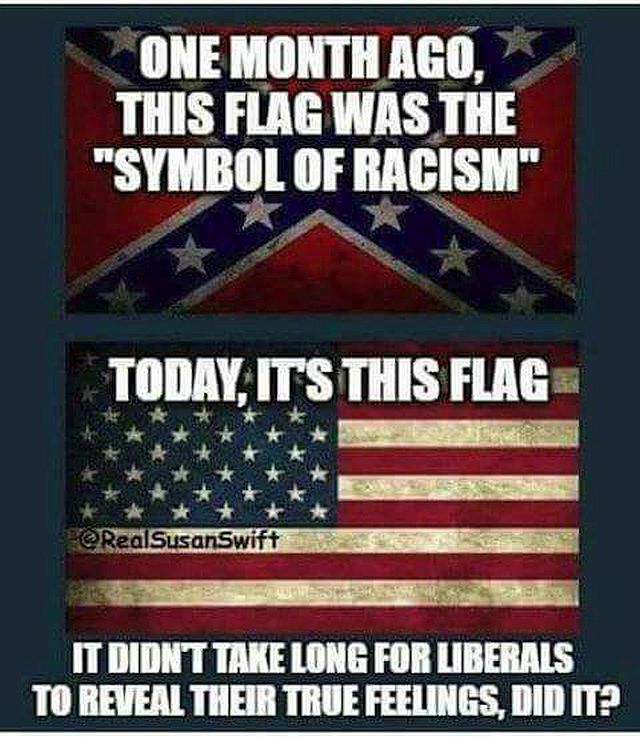 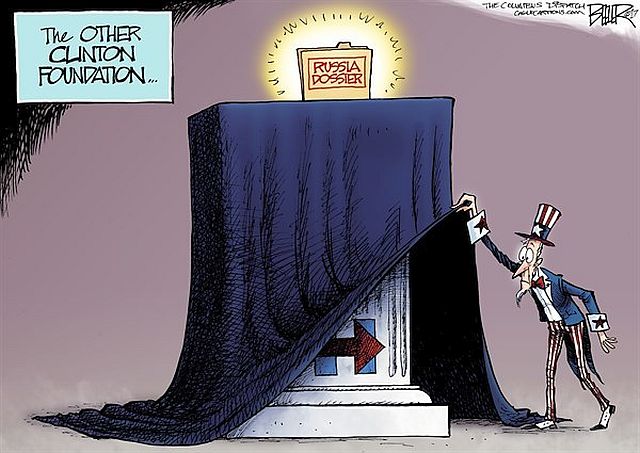 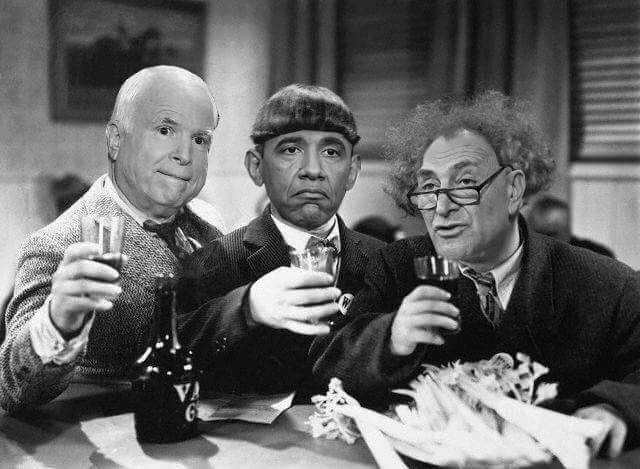 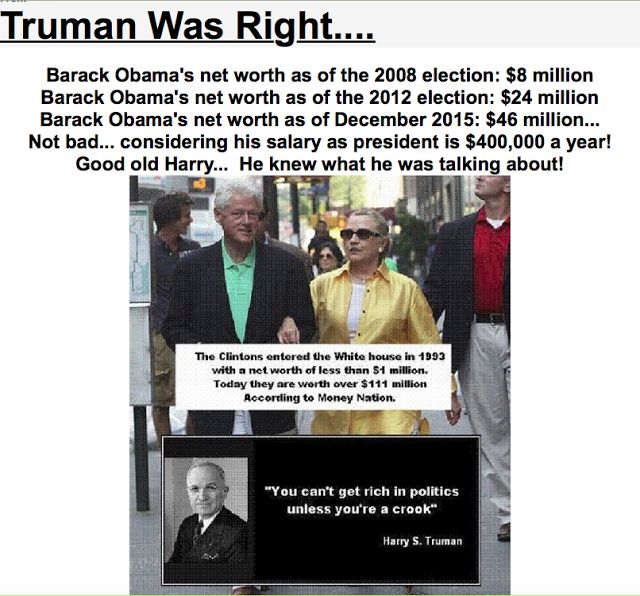 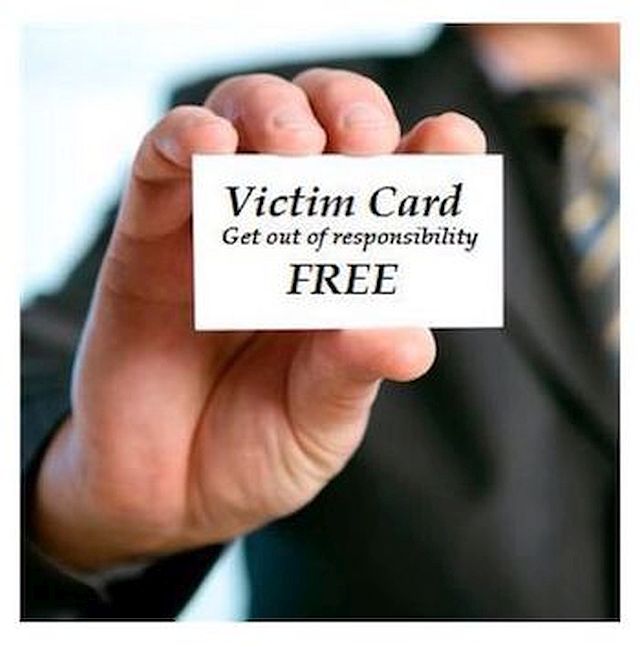 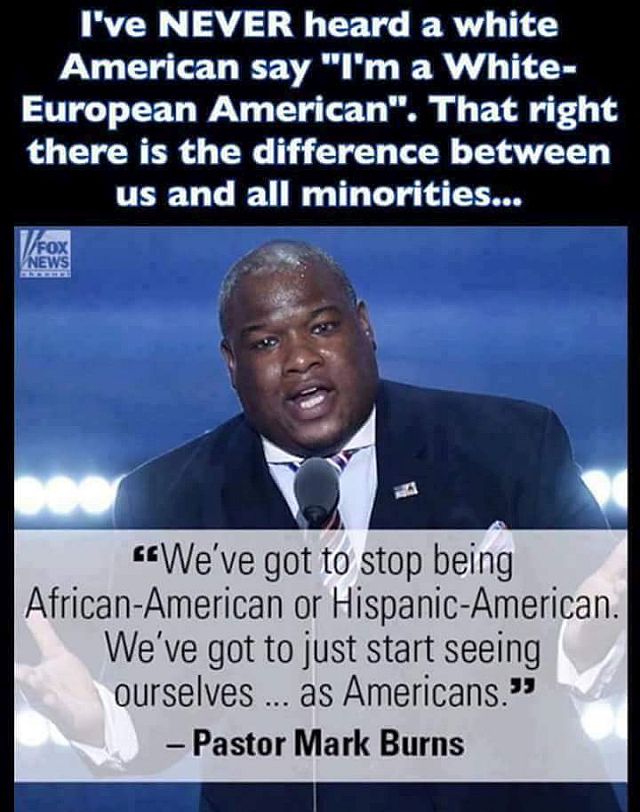 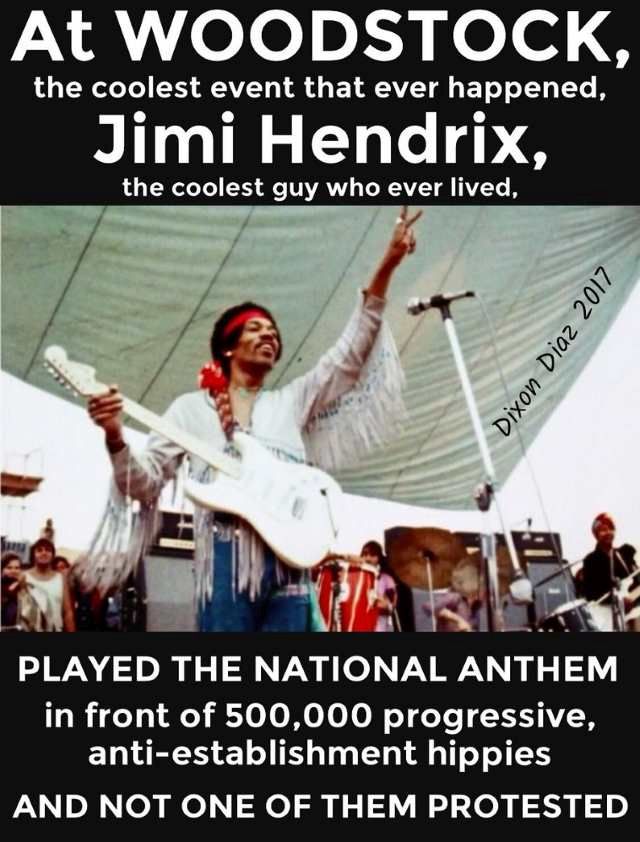 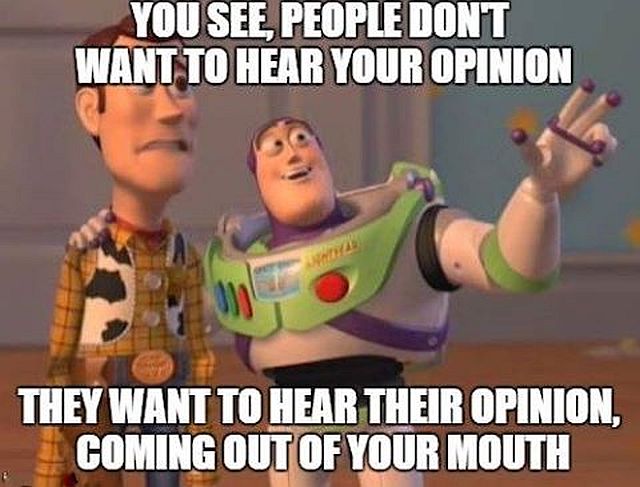 Joe and I have invited Dr. Jordan Peterson to present his lecture series “Personality” over the next number of weeks.
The first in the series is Personality 01: Introduction:

This week in Vernon brought a surprise! on Thursday……
The dreaded “hard water” and below zero temperatures.
Snow sucks.
Joe wants to crawl into bed and wait for April.
I have given up shaving – at this time of year we may work the razor side-to-side instead of the more typical and less dramatic up-and-down.  No more shaving until Bday time (International Women’s Day) or the end of hard water, whichever comes first.
Sunday’s excitement was trying to drain the outside hose bibs of frozen water.
One out of three is not good….. 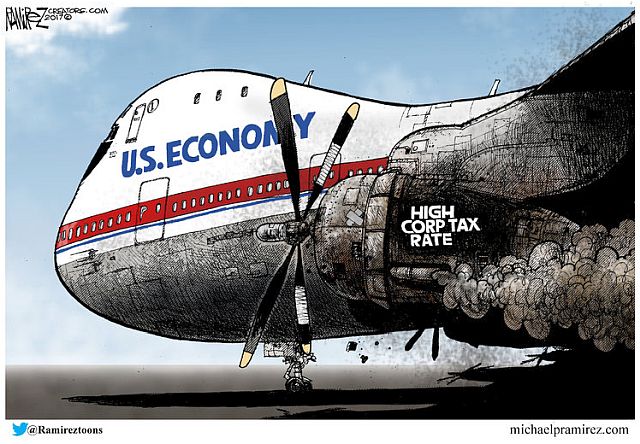 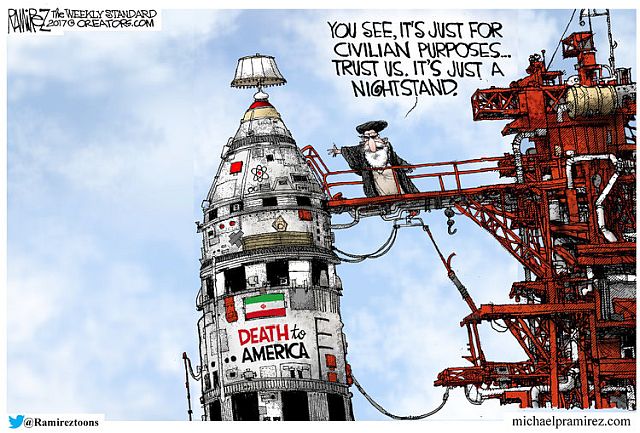 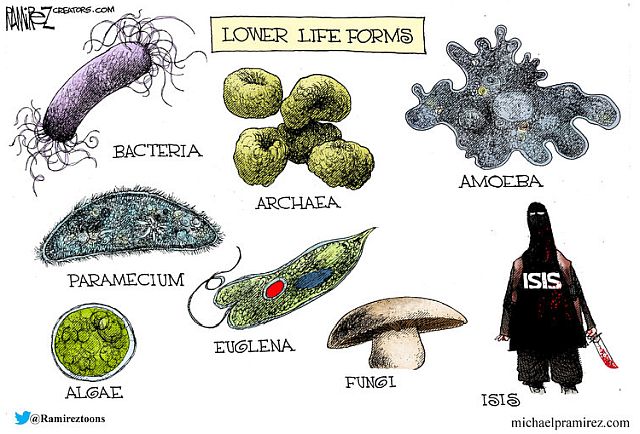 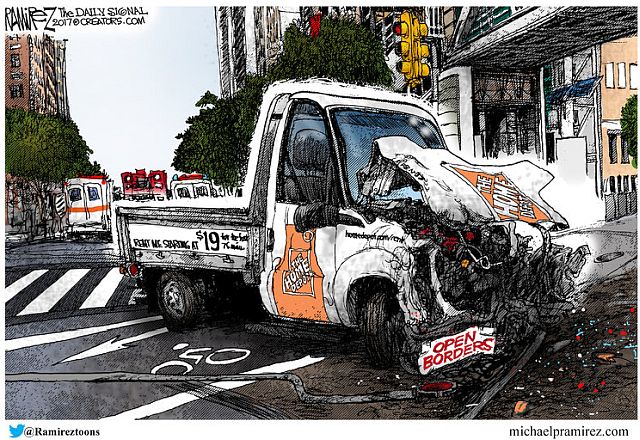