No pulchritudinous pontificating this week. I was consumed with a “virus program update” all week…… I caught a cold.

It was delicious! Whomever made it and gave it to me, I love you.

When you’ve got a bad cold, spicy food that makes your nose run is a true blessing.

I didn’t do much but eat, snort Drisdan, fill tissues with mucus, sweat, and grow hair all week.

Not my best productivity streak……. 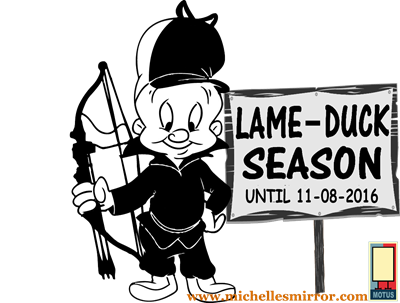 Tuesday I will be watching with trepidation to see if the home of the free is who they used to be. Mid-term elections. My prediction? GOP will take the Senate, keep the House, and give that half white lame duck jackanapes in the White House what he always needs – more excuse for no performance. Legacy? Already set. What a waste of protoplasm….. I don’t like to wish time away, and certainly can wait for 2016. Besides, what if the evolving demographic inspires a move even further left? Good grief! A song comes to mind: https://www.youtube.com/watch?v=ABbc-O_3_Ac I feel that a good sense of humor has become more than a luxury…. One of a large number of fascinating people who have lived peculiar / interesting lives DESPITE (or due to?) the prevailing cultural tides – The genome of a 45,000 year old man has been sequenced! This is the oldest homo sapiens genome known to exist. The data is fascinating. Read about Ust’-Ishim man here:

So, we modern European / Asian descendents had more than romantic trysts with the indigenous Neanderthal populations: we had offspring. Enough matings to effect the DNA of our species. Something the modern African DOESN’T have in their genome. Were the Neanderthal’s the species which gave us the question “why” before they became extinct?

I’ve never found the perfect mosquito repellant. Too late this year to try the following –

I think I’ll go with the catnip and peppermint oil next year……. Ronald Regan speaking over 50 years ago. Still makes perfect sense. It is, indeed, “A Time for Choosing”, from October 1964 :

There is no free lunch. How many politicians have greased their own skids at the expense of the citizenry? The most prevalent straw man argument about the “religion” of Islam is that “radical Muslims” make up only a tiny portion of the Muslim population in the world. Here is Ben Shapiro with facts and definitions to dispel the myth of a “tiny minority” of radical Muslims:

Have you ever wondered if “honor killing” was gender specific? Wonder no longer – People who do this have relinquished their claim as moral civilized humanity. They should be treated as you would a rabid dog.

Can you believe the twisted logic of Sharia law? Here it is again – These are misogynistic barbaric savages. How can we in the West write this off as “cultural differences”? That is shameful, even immoral – make a judgement and speak your mind. You’d sleep better. Sam Harris and Cenk Uygur discuss violence and Islam while having it out over Cenk’s previous guest list: The week has been akin to my health – runny nose, sniffles, hacking cough – with gray skies, rain, dropping leaves, chilly mornings. The saving grace? No frost yet. Always a silver lining…..