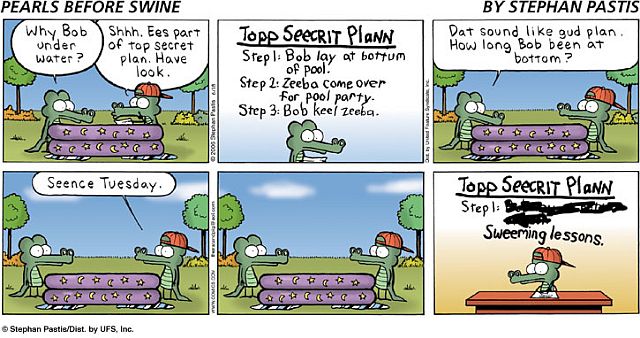 Joe’s Comment – Stephan Pastis cracks me up.  Larry the croc is a mirror image of me.  The number of well laid plans that have gone awry over the years vastly outnumbers our success.  With that kind of win / lose stat you’d think I’d be a lot more wise and experienced and knowledgeable.  You’d think wrong….

Gavin McInnes
Whomever you are, you will want to watch this video.
Joe and I watch Gavin occasionally; he is a dollop of Canadian fun imported/immigrated  to the US of A.  He has been a gadfly in the Progressive eye for at least a decade.
Gavin’s latest claim to fame is in 2016 he established the men’s chauvinist group the “Proud Boys” (chauvinist as in patriotic AND chauvinist as in MEN ONLY).
The Proud Boys mantra is “I am a Western Chauvinist and I refuse to apologize for creating the modern world.  The West is the Best!”
The first time Joe said the words “The West is the Best!” was in 1960.  Joe and I have witnesses: Ronnie D. and Steve C. were there.  Joe still says it, because he took Jordan Peterson’s words to heart: “if you can’t tell the truth, at least don’t lie.”  There is a complementary group “The Proud Boys’ Girls” on FaceBook.
The Proud Boys are the antidote to the “Antifa” lefties / progressives who are making the news by violently interrupting / attacking / harassing conservatives.
(Note from Joe:  read the Wikipedia information for Proud Boys above, then the Wikipedia information for Antifa.  Notice any bias?  Here is the Proud Boys official website, and here is the Antifa official website.  A different bias?  Joe is smiling.)
Here is Gavin from way back when (2017) explaining the roots of Proud Boys with his irreverent and very funny delivery.
Joe couldn’t stop laughing:

A lighthearted, humorous and cogent delivery.
Joe and I will be buying the T-shirt, and joining the Canadian version ASAP.
Stay tuned for further developments.

Prager U
This release from Prager U features Dennis Prager himself.
He defines “The American Trinity: The Three Values That Make America Great” in this short video.
Haven’t seen any such work outside a beer advertisement for Canada.
Coincidence or ???:

Gad Saad
Joe and I have become a fan of Professor Gad Saad.
When Dr. Jordan Peterson was first caught in the cross hairs of SJW stupidity, he turned to Gad Saad for consul and direction.
In the “intersectional value hierarchy”, Dr. Saad is not at ground zero (a white heterosexual male) because he is a Lebanese Jew.  His family literally had to flee for their lives from an antisemitic war zone.
Joe thinks if you hear some brass balls clanking when someone walks by, chances are you will catch a glimpse of Gad Saad.
Another personality Joe and I have watched for years and years, Greg Gutfeld, has a podcast.  This audio is from a recent conversation Greg has with Gad Saad.
Joe says this is good stuff:

IQ and Politics
How about this for a summary of the invasion moving north through Mexico heading for the light on the hill –
“Vote for Socialism.
Flee to Capitalism.
Vote for Socialism.”
Joe and I think this is the best Stefan Molyneaux monologue that we have heard.
The subject is the “caravan” of human misery from the Central Americas heading for the US of A at an incredible rate.
A “march” that covers hundreds and hundreds of miles per day with over 7 thousand people?
That’s a lot of roadside taco stands, toilets, tampons, and Coca-Cola.
To say nothing for medical attention, new shoes, water, and cheer leaders.
The whole fucking mess stinks of an “October Surprise“.
Funded by whom or whore is the question…..
Joe says we can’t directly finger the Democrats with this one.  They are devious, smarmy, immoral putzes, but they can’t think big like this (can they?).  Even if they think on this scale, could they actually organize and execute?
On the other hand….
The Globalists might have something to say.
And the Commie bastards (they’re everywhere, they’re everywhere!).
Joe says the following graphic might explain the “caravan” population somewhat.  The IQ mean for Hispanics is approx. 87.  The caravan is mostly young men.  These people aren’t Albert Einstein and his bridge partner.
Someone or something is paying for this farce, and these young men are, as Mongo says, just pawns in game of life. 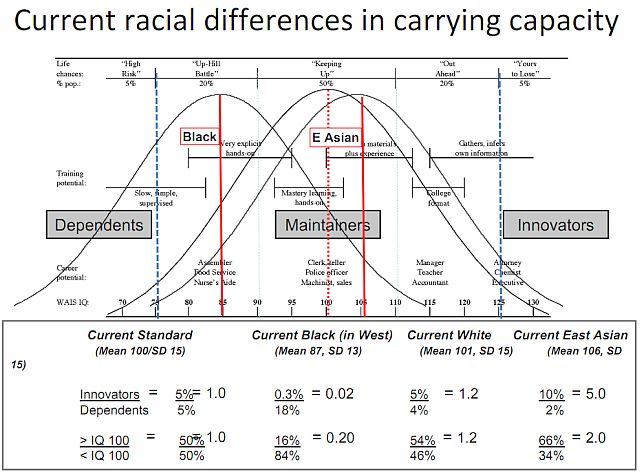 Joe thinks POTUS will derive a solution much like Alexander the Great did (with the Gordian Knot), by approaching the problem from an “end solution” perspective.
Joe might be wrong, but we both hope POTUS gets it right:

Ancient Sailors
Joe and I found this to be interesting.
The archaeologists are more interested in the artifact than the people who created it, it being the oldest known intact shipwreck.
Carbon dating puts this Greek vessel at 2,400 years old, sunk in 2 kilometers of Black Sea wet and darkness.
Joe wants to know what happened to the sailors? 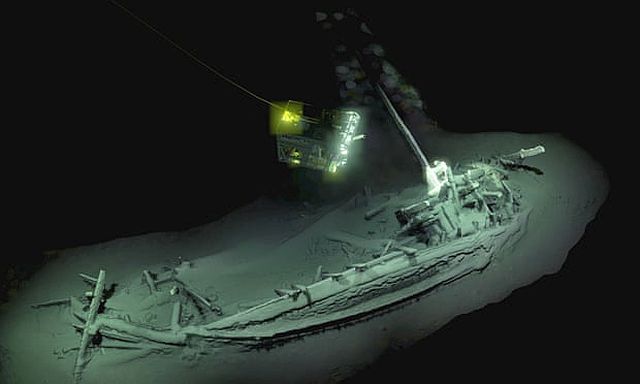 Elizabeth Warren Redux
Joe says this woman shouldn’t have a political career after her faux pas of extraordinary “cultural appropriation”.
However, she is a member of the emotional party, the Democratic Party.
They will probably erect a statue….
Joe thinks the depth and breadth of knowledge, intelligence, and humor of “We The People” is boundless.
As proof, Joe and I offer more (yes, more!) incredibly witty and ascorbic cartoons, memes, and observations – 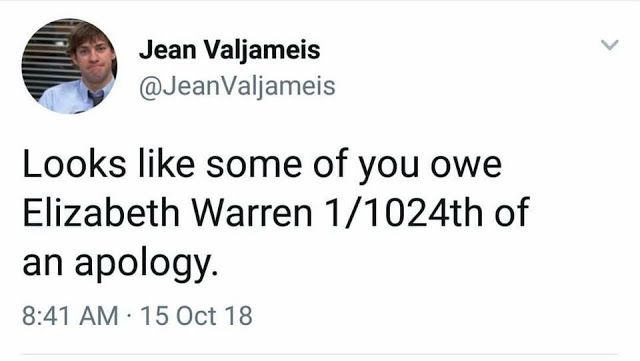 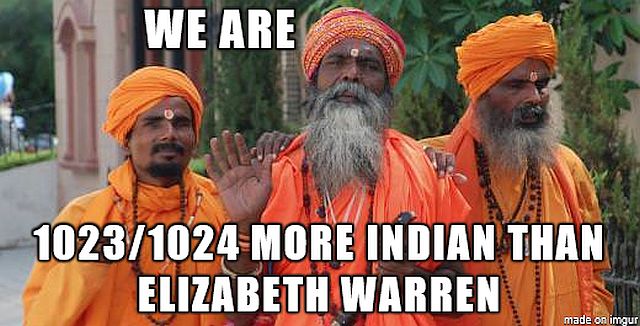 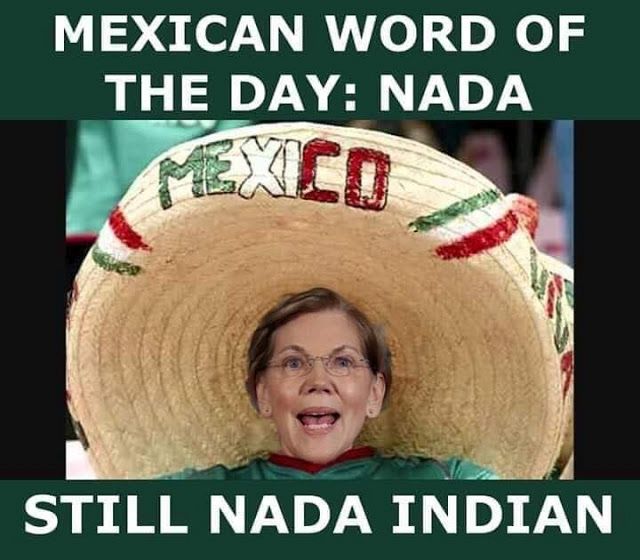 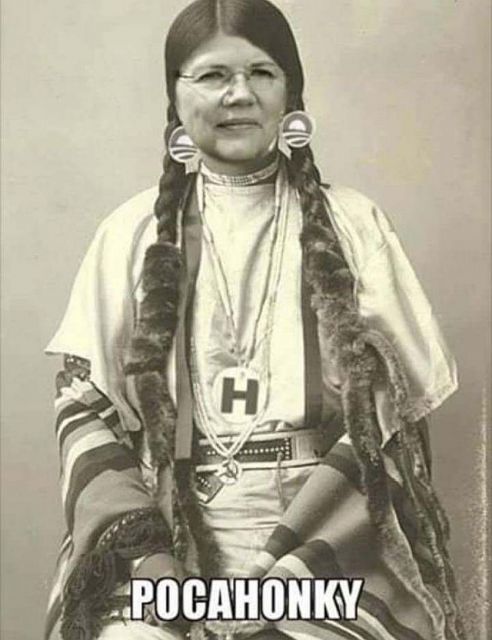 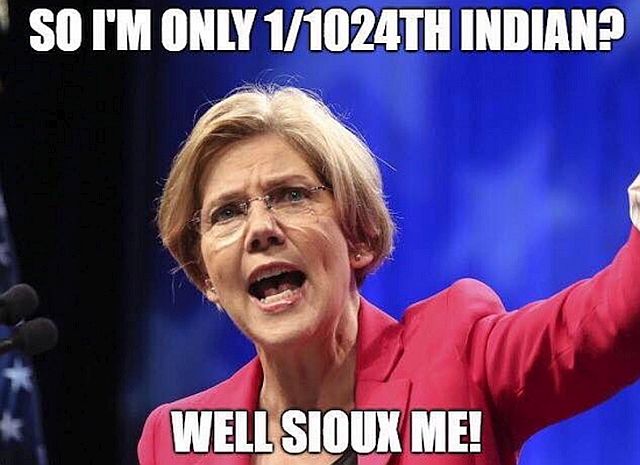 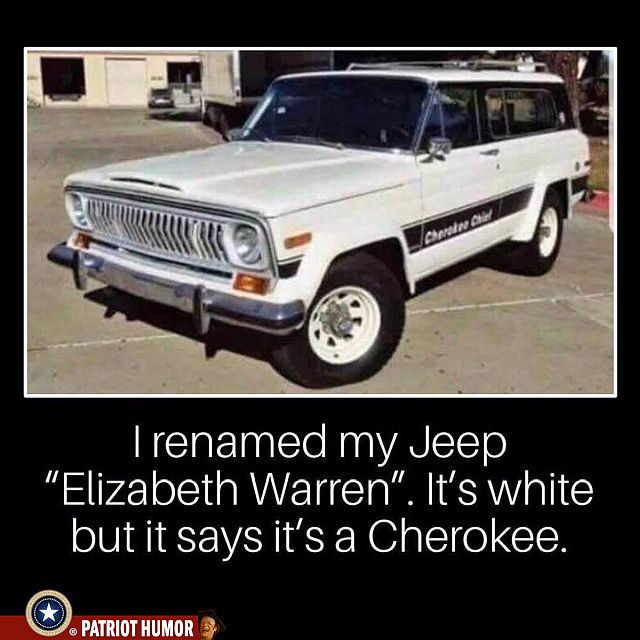 Joe’s Garage
Hooly is an old Scottish word for gently.
Joe was very hool(sp?) maneuvering an old E150 van body onto our new (to Joe) trailer.
Hooly, hooly.
The problem with loading the van is it has no frame or wheels under it.  The van body was removed to facilitate extricating the engine and transmission.
How to load it?
The van body by itself is too heavy for Joe’s RobertCat to lift.  RobertCat can only lift 1,200 pounds (BobCat 743DS).  Lifting one end or the other was a bit tippy, too.
As a fact, it was tippier to the point Joe backed off before it became tippiest – we don’t know how we’d ever get it back on it’s feet if we rolled it over on it’s back or side.
The new (to Joe) trailer is equipped with a cheap Chinese Snap-On® 10,000 pound (maximum pull) winch equipped with a four roller fairlead, and synthetic fiber cable.  Thanks to Ricky D. a removable winch mount bracket was fabricated to facilitate mounting / detaching the winch as required.
You can see the winch location in the photo below.
Joe’s mighty pea brain went into overdrive to attack the problem from all directions simultaneously.  He quickly came to the conclusion that a gyn pole  (gin pole) arrangement would be ideal.  A pulley mounted on a gin pole high enough to give the winch a vertical AND horizontal force would lift and separate….

Unfortunately, Joe doesn’t have a gyn pole.  Or a Playtex “lift and separate” bra big enough to move the van.  Or a Bernadette Peters….
To be clear, Joe doesn’t have a Playtex bra of any size or dimension.  Maybe he’ll get one from Santa for being such a good boy.
He can always dream about a Bernadette to stuff it.  But I digress…..
The idea of lift and separate gave Joe another idea – use a large round object as a roller at the end of the trailer to lift as it pulls.
What to use?
A quick search around the property offered several options – a 45 US gallon barrel, a wheel rim (without tire), an expired propane tank for the expired barbecue, various pails and containers.
The barrel was too cumbersome.
All the wheel rims we spied had tires on them.
The pails and containers were light gauge steel or plastic – too flimsy.
The propane tank won out by elimination.
Joe soon discovered that the winch cable connected to the under side of the van body and fed over the propane tank (lying on its side) at the back edge of the trailer was viable.  It worked.
Up, up, and away!
However….. the van body was on a slight downhill slope at 90° to the van.  As the winch cable drew the van up up and away it also drifted slightly downhill, not aligning with the center of the trailer.
RobertCat to the rescue!
With repeated setting and re-setting of the propane tank, and judicious use of RobertCat (equipped with his majestic pallet forks) the van body made a slow but sure traverse onto the trailer.
Total time was about 2 hours, most of which was spent cooling Joe’s mighty pea brain to prevent overheating and meltdown.
A detachable easily stored gin pole accessory is in our future trailer tool set.
A couple of cinch straps and the job is done – 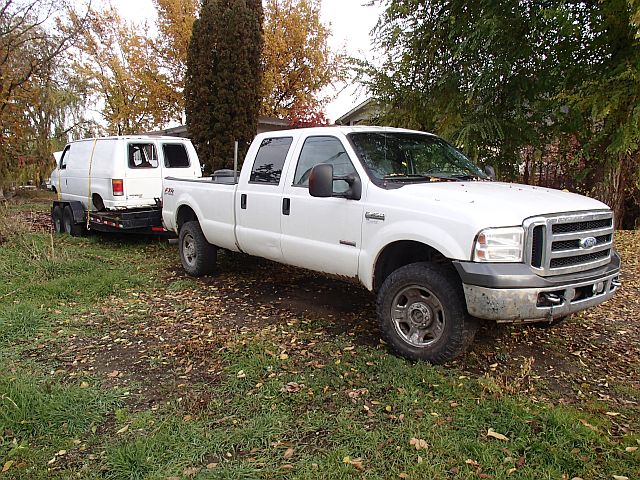 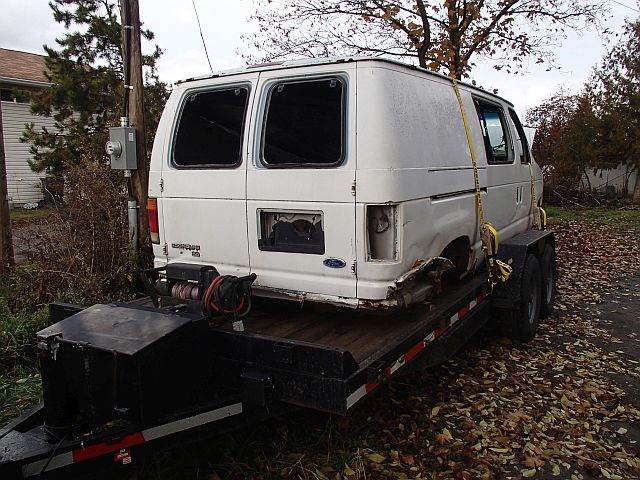 Ingenious as it is, the winch mount needs to be more ingenious.
In conference with Ricky D., we have agreed that an ingenious-est mount will allow the winch to occupy the space where the tackle box is now, and a new, improved tackle box will be built around and over the winch.  This will incorporate a “headache rack” functionality – not to prevent cab damage to the truck, but to store chain binders, chains, straps, and various materials needed to load and secure loads.
Good, better, beast,
We shall have a feast,
Hooly, hooly as we go,
Problem solving redux.

Joe says it doesn’t rhyme.
So Sioux me. 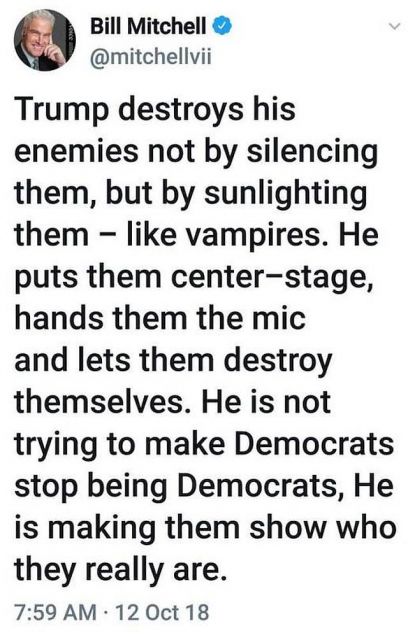 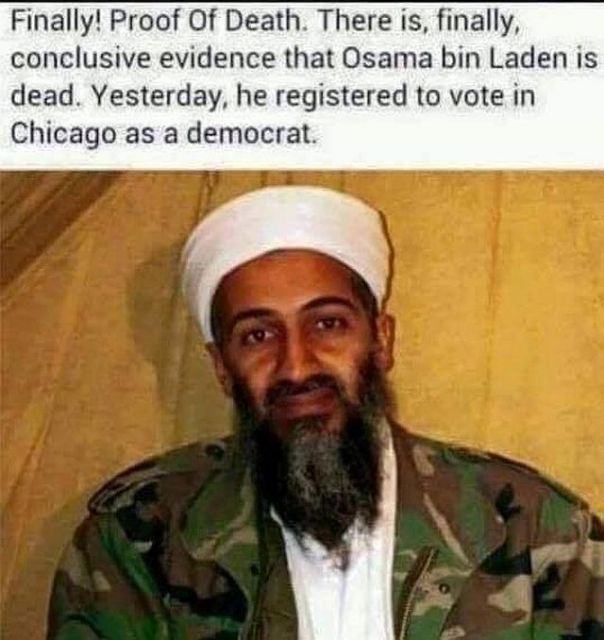 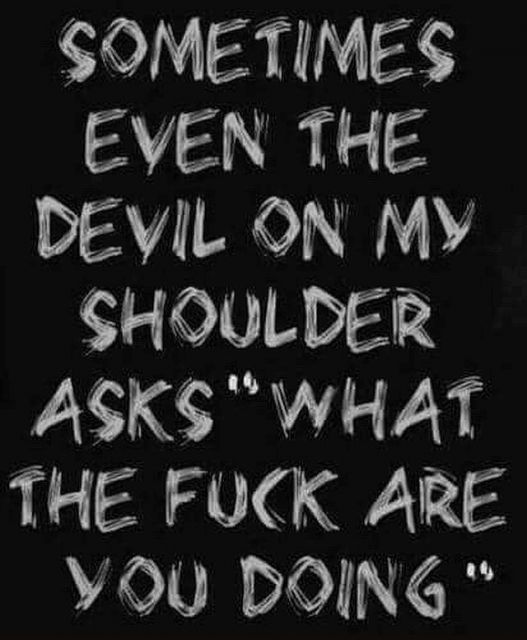 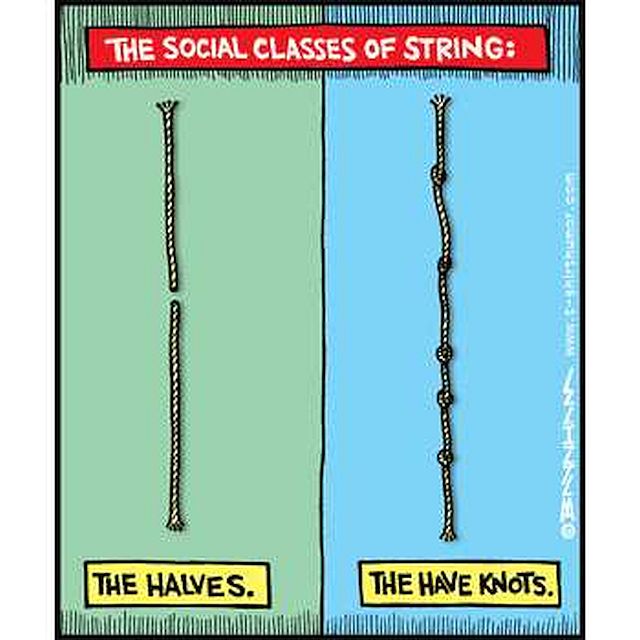 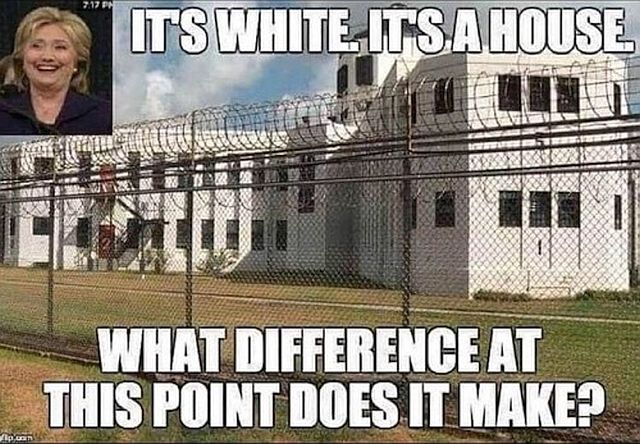 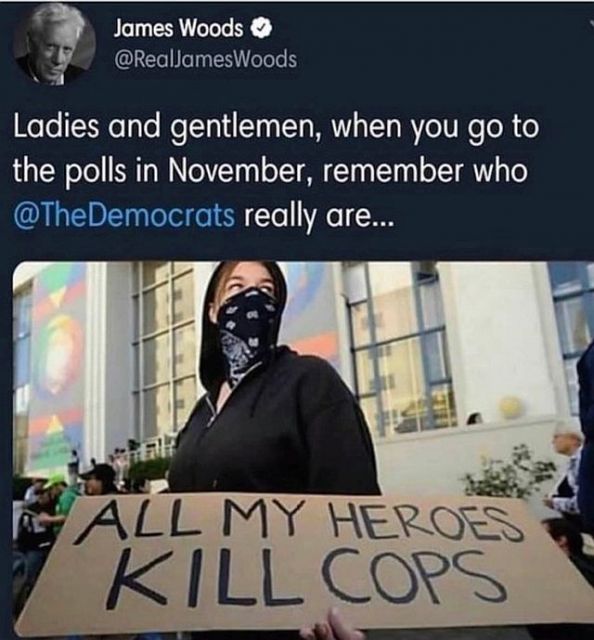 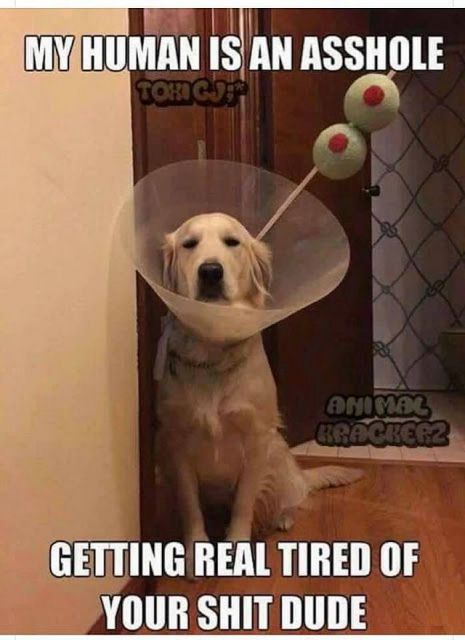 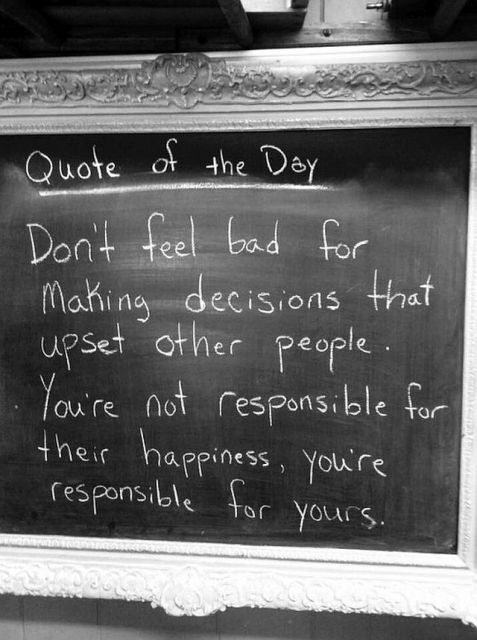 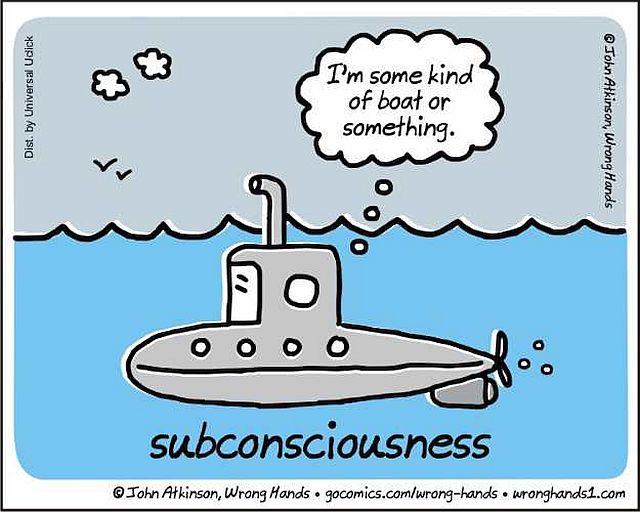 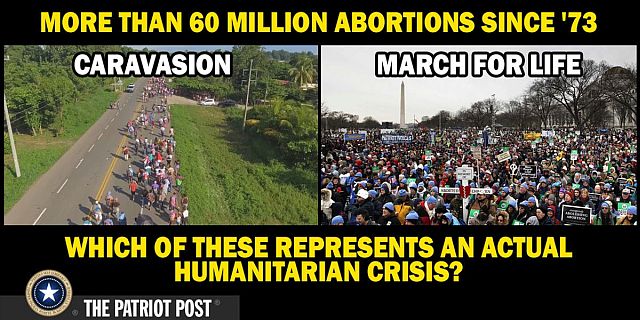 Joe and I have followed Ben Shapiro and Andrew Klavan since we retired in 2002.  We were learning how to “spend” our 8+ extra self directed hours per day.
They have had interesting career paths over the past 10+ years.
Currently, they both work at “The Daily Wire” (founded by Ben Shapiro).
Their modus is different: Mr. Shapiro is a trained lawyer; Mr. Klavan is an author and humorist.
What they share is political punditry, gifted thinking, high intelligence, a “right of center” focus.
They also share a religious conviction: Mr. Shapiro is a Jew, Mr. Klavan is a Christian.
Joe and I have struggled with the basic question of what makes the Western culture so exceptional, can it be quantified, is it “morally equivalent” to any other?  If you’ve read any of our 5 years of ranting (to date), you know that we have opinions galore.  Some we still adhere to as valid.
This conversation between Ben Shapiro and Andrew Klavan is very deeply religious in nature.
In the conversation they outline the difference they have between them and other modern Western thinkers like Jordan Peterson, Steven Pinker, Sam Harris, and others.

This week in Vernon BC was very autumn-ish.
Lots of cloud.
Lots of rain; not torrential, not monsoonish, heavy cloud drip and shower kinda misery.
If the sun showed up at all it was late in the afternoon.
Almost a taunt.
On Friday and Saturday there was a reprieve of sunlight and cloudless sky.
Sunday back to rain / cloud / some sun.
Joe has gone hibernate.
The sight of a hornet today was an anomaly.
Haven’t seen a fly for a week.
Come on April! 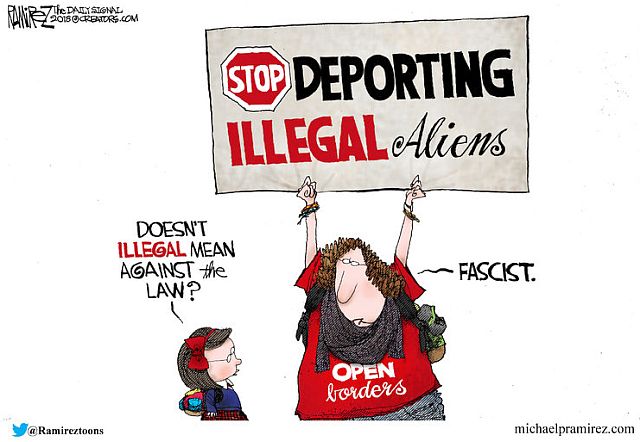 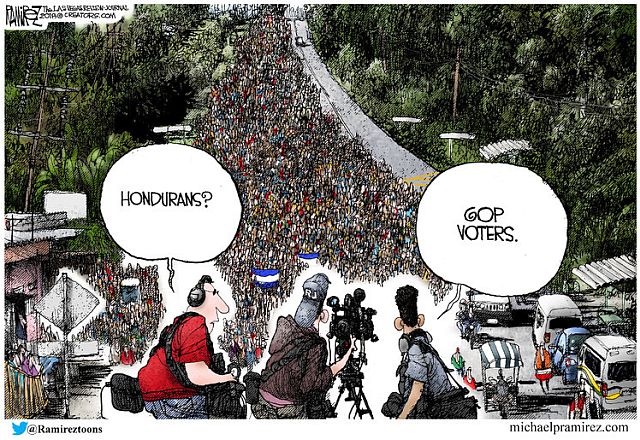 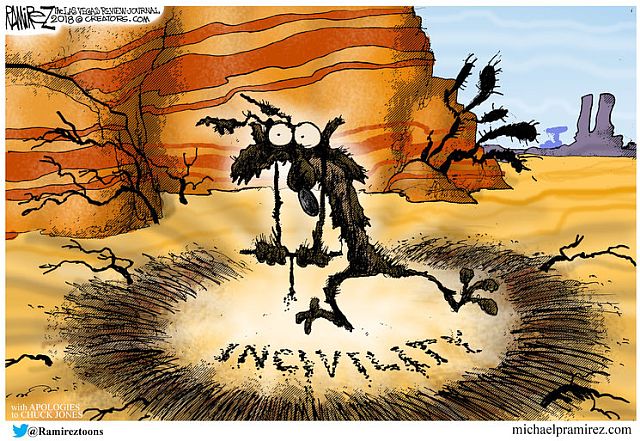 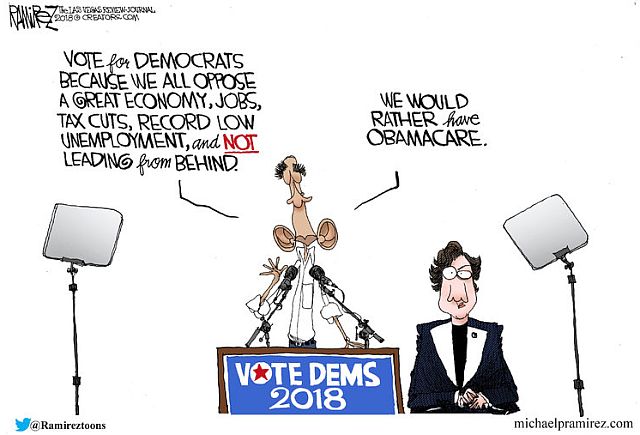 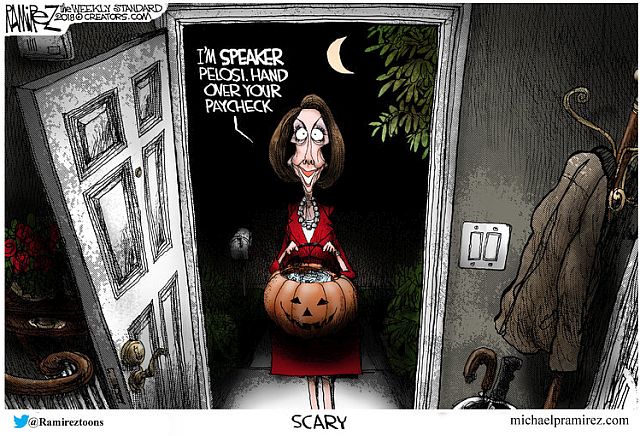 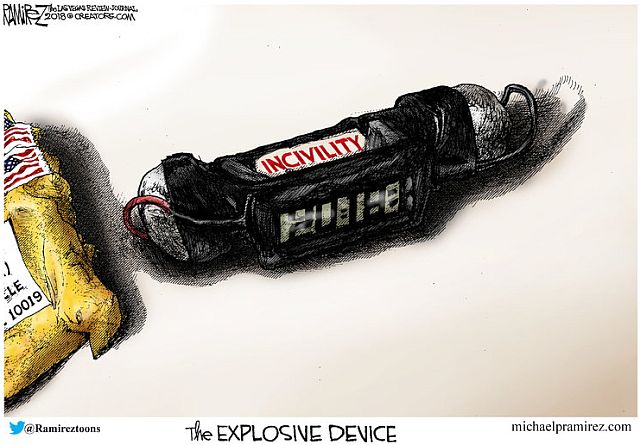 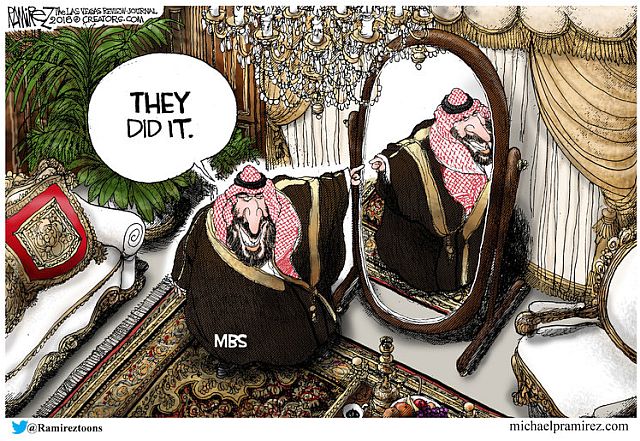