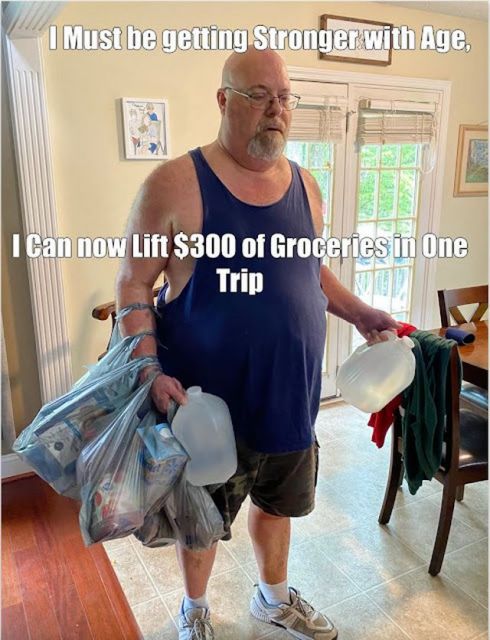 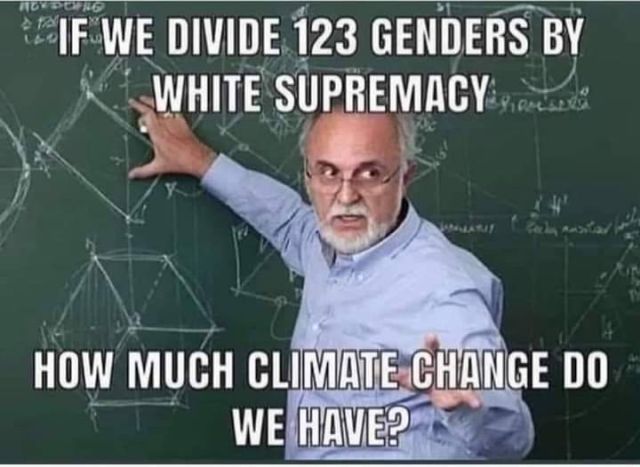 Joe’s Comment – As the days of Autumn march on, and the average daily temperature continues to decline, I am obliged to face the music.
There will be a Winter.
No matter the naysayers with their prophesies of doom and gloom, the end of the world, the death of the planet – cold temperatures and hard water are on the way.
The calculus is clear.
There are a few important things to complete before the cold descends.
Consequently, I’m spending more time outdoors attempting to get ahead of my “open air” projects before it becomes too difficult to continue.
I’m unsure of how the world will tilt during the coming flu season.
Or the cost of goods and services.
For that matter, the availability of goods and services.
The solution to Europe’s energy future is nowhere, man.
The conflict in Ukraine same same.
I think that it will be a good year to celebrate Christmas with earnest intent.
There might not be a surplus of good news in the coming Winter months.

QEII
In memory of a former time that was stable, productive, and fulfilling – 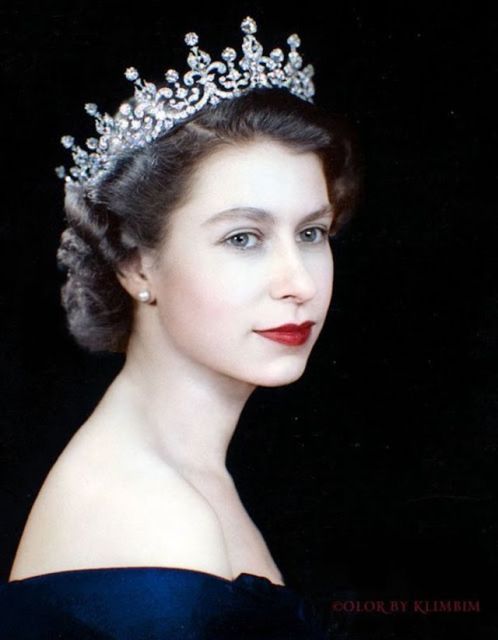 IQ
There is no question that the average IQ of your country has more impact on your quality of life than your personal IQ.
We state that for the most part, smart person = better life.
Ergo, smart nation = better life for everyone.
There are always exceptions.
After watching the following video, Joe and I picked a few of the countries that were low average IQ and a few high(er) average IQ.
We then did a search to find out a few of the tangibles and intangibles related to quality of life.
We weren’t surprised at what we found.
Our observation?
It is a tragic reality.
It is an explanation for the best and brightest leaving their birth country to find a better life in a higher average IQ nation.
It is also a probable cause for tyranny: those born with a high IQ and an evil disposition in a low IQ country will have easy pickings:

Joe and I were gobsmacked when we were educated about the functional operation of the microwave oven.
Another in a large number of ideas we never dreamed.
Once familiarized with the idea of resonant frequency, we wondered if everything has one, i.e., a resonant frequency.
The following video talks about cancer cells being different from healthy cells.
This difference can be medically capitalized by bombarding the cancer cells with certain frequencies.  The cancer cells don’t like certain frequencies…..
Brilliant!
Of course, a “notch filter” is also required, because the target cell’s resonant frequency might be very close to other, healthy cells.
A very interesting presentation:

Dr. Robert Malone
The website “The Train to Freedom” has a mission statement: Uniting the world against medical tyranny.
The following conversation with Dr. Erin Stair and Dr. Malone is current.
How corrupt the “authorities” behaved during the last three years may never be entirely known.
Asking questions and demanding answers will help.
Citizens do not have the coercive arm of the government to wield in self defense.
The path forward is clear – heroic people speaking truth will make a difference:

Neil Oliver
The wee Scot has a few astute observations about the aftermath of COVID-19, particularly the role of authority in a citizen’s life. He is calling for a “reformation”.
Joe and I resonate with his statement that “our relationship with authority has become abusive”.
He observes that most governments have wandered off the reservation into areas they are not legally sanctioned to operate.
Joe has oft stated that at the first sign of tsunami or catastrophe or emergency or disaster or cataclysm, authorities (much like individuals) revert to “fight or flight” behavior.  The Law goes out the window.  The cudgel of the State is wielded – whether it be incarceration by the judicial system or oppression by the jackboot gang (the police, the armed forces, the state controlled media, the financial institutions, and increasingly, social media).
Say nothing of the actions of the Mob, that mindless, dangerous, half-witted oft violent cornucopia of wild eyed idealists looking for instant gratification.
What then follows are years and years of legal wiggling, denial, lies, and procrastination.
Meanwhile, the mud peckers, dirt people, salt of the earth folks bear the brunt of the travesty.
Mr. Oliver seems to see clearly, and offers solutions.  We like that:

Reading the comments under the video (at Ub2b) is like reviewing our own history of naive trust slowly eroded to a bitter disbelief, to a shocked realization that what was once unquestioned faith in authority on our part was dereliction of duty.  Once again Joe and I are harshly reminded of the endurance and persistence of the belief in a higher power by humanity.
Left to their own devices, most of humanity does a crappy job of getting it right:

Joe and I, unlike Ambrosia (How Long?), aren’t questioning when this ass-wipery first started.  Our speculation is that it started with the first two beings who were at cross purposes while pursuing their goals.  Many generations, many millennia, many species ago.
A permanent solution may not be possible.  Joe says people don’t live long enough to become “human beings”.
Speaking the truth, formulating ideas, identifying issues – all lead to objective definition of the problem.  As Ms. Morrison (grade 10 math) told Joe and me so long ago, “Drover, defining the problem is 95% of the solution!”
Well said, Ms. Morrison, well said.
We will have to stop whining about being left alone to do our “thing”.
Just get on with it…..
Another video, a thoughtful reflection by Mr. Oliver, focused on the problem with the progressive weapon of “group identity” politics:

James Rhodes
A renowned musician speaks of his muse, after playing Bach:

On the subject of Bach piano pieces, here’s a collection: 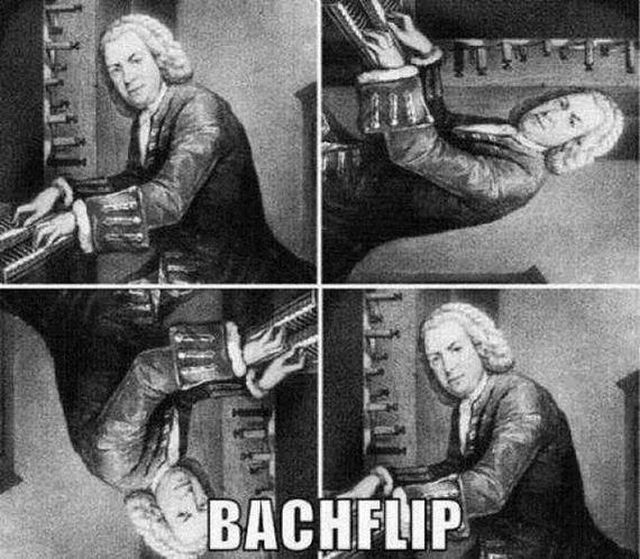 Why not a collection of the best in piano compositions:

Sabin Hossenfelder
Joe loves this physicist.
She knows her subject matter and delivers it with great humor.
Joe and I are having our foundation beliefs about reality altered by her words:

David Tong
Mr. Tong lectures at Cambridge University.
The real building blocks of the universe should be mandatory viewing for all.
Joe is impressed!
An entertaining hour filled with the foundation facts of physics:

If you liked the above (we did, we did!), you’ll like the Q&A that followed:

Whistlin’ Diesel
Cody Detwiler bought a Chieftain.
This video covers his trip to England to view and drive his purchase.
He was able to throw a track in a matter of minutes.
An amazing war machine: 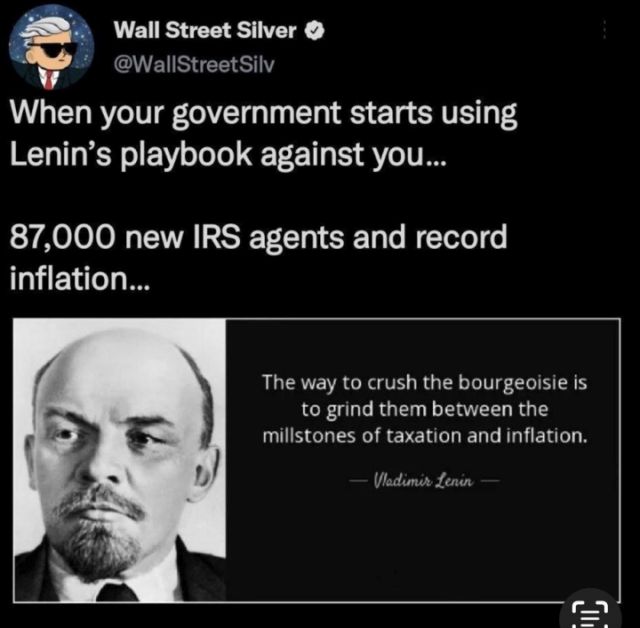 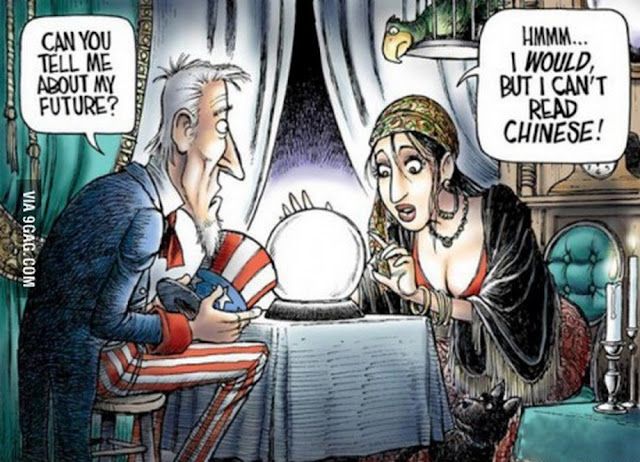 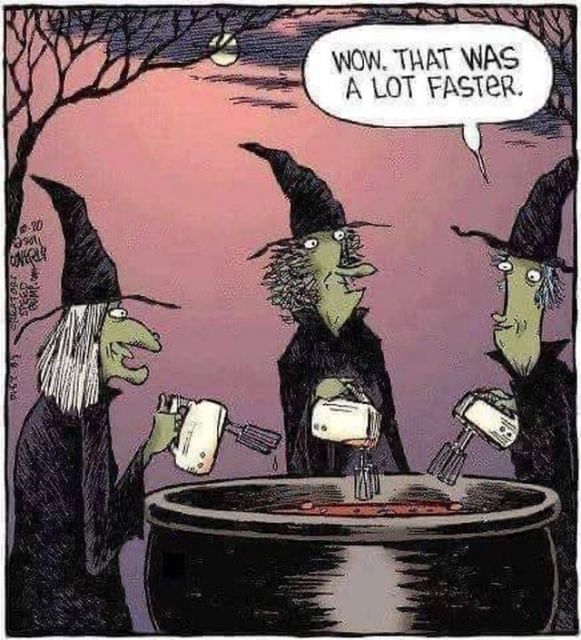 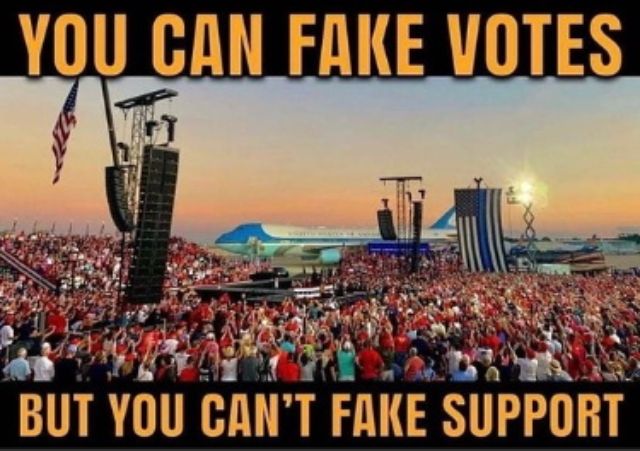 This week, Dr. Nicholas Eberstadt talks with Peter Robinson.  The subject matter is the depopulation of the world.
Not Globalist hack and burn, war, pestilence, and poison with “vaccinations”.
The “De-Population Bomb” is an exploration of the declining birth rate in developed nations.
From overpopulation hysteria of the ’70’s to a dearth of people in our near future, all in the span of half a century.
What has changed?
Is the nemesis a fear about the future?
Is it a break down of morality, of order, of security?
Is it a narcissistic obsession with satisfying personal appetites, without thought of future generations?
Are the rumors true that doG is dead?
Joe and I admit we know not the drivers.
Perhaps it is an angst driven by too much negative information gushing relentlessly from every perceivable orifice of social and main stream media, tyrannical government bureaucracies, and ginned up special interest groups.
In our family history, mother came from a brood of 12 children.
Father came from a family of 8 children.
Joe and I have 3 offspring, and have two siblings.
When we contemplate what our grand parents experienced (World War I, the “Dirty Thirties”) and our parents experienced (the Dirty Thirties, World War II), our struggles seem trivial, but didn’t feel so while raising a family.
The world needs some Pollyanna people pronto.
A worthwhile hour spent pondering the speculations of two intelligent men in conversation:

This week in Vernon BC was another reprieve.
Joe and I make it a point to avoid going outside too early.
The warmest hours of the day are typically in the early afternoon.
This week has had wonderful weather.
No rain.
Lots of sun.
Cloud cover, consequently no seriously cold overnight temperatures.
The forecast is for nasty weather as soon as Thursday this coming week.
We’ve been in the Okanagan for 45+ years, and have formed the following opinion – by the end of October the jig is up!
Joe is on his knees praying to the weather doGs for a miracle.
Old people die off in the nasty cold Winter months.
We say more global warming if you please.

Joe (steady) Mekanic
p.s. Ramirez soldiers on despite the chaos all around – 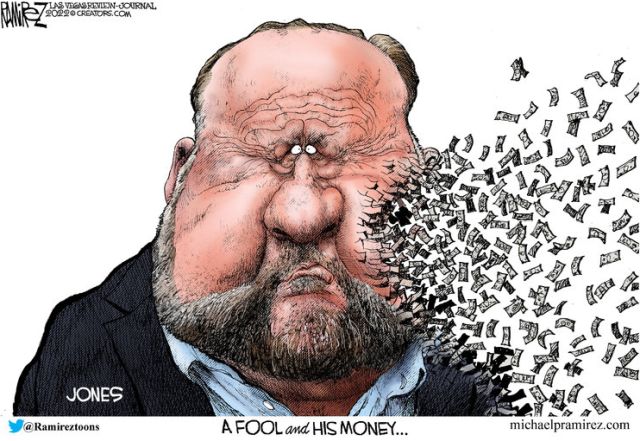 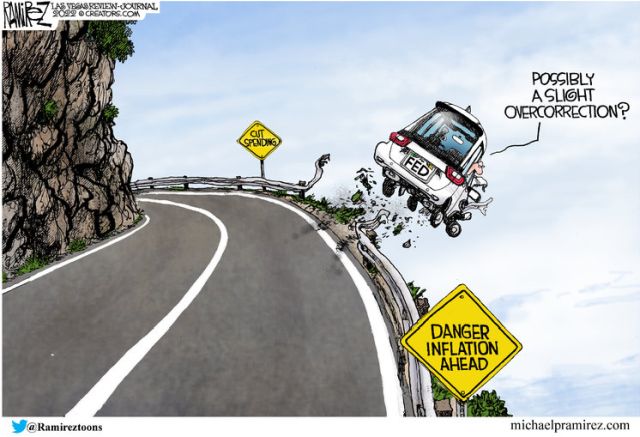 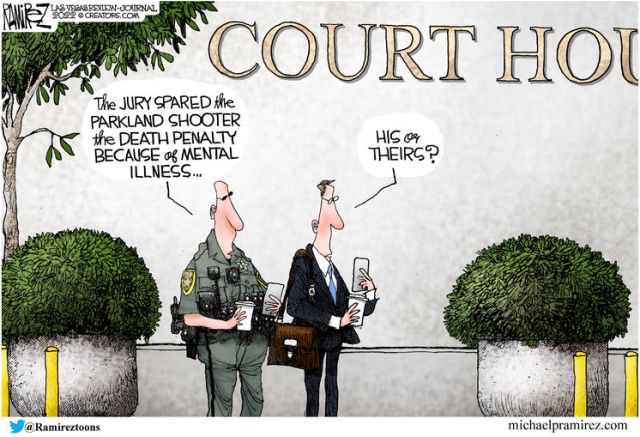 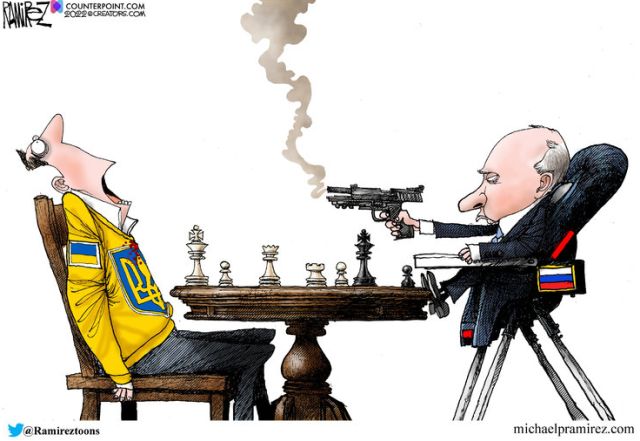 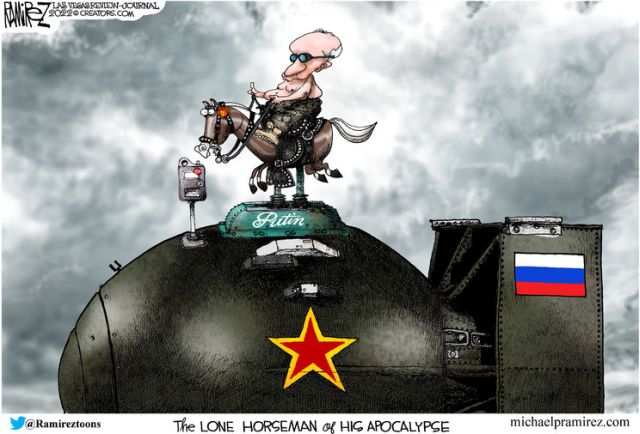 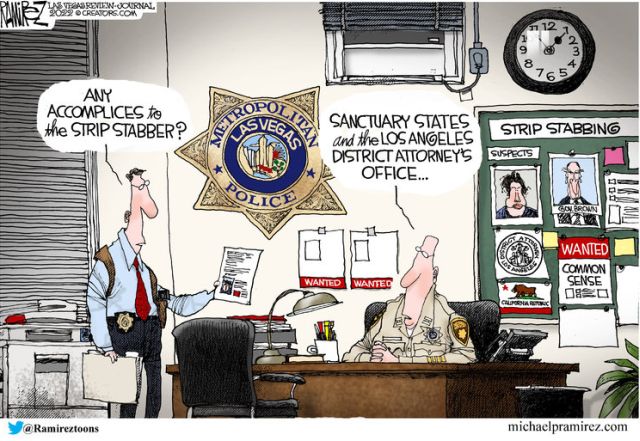