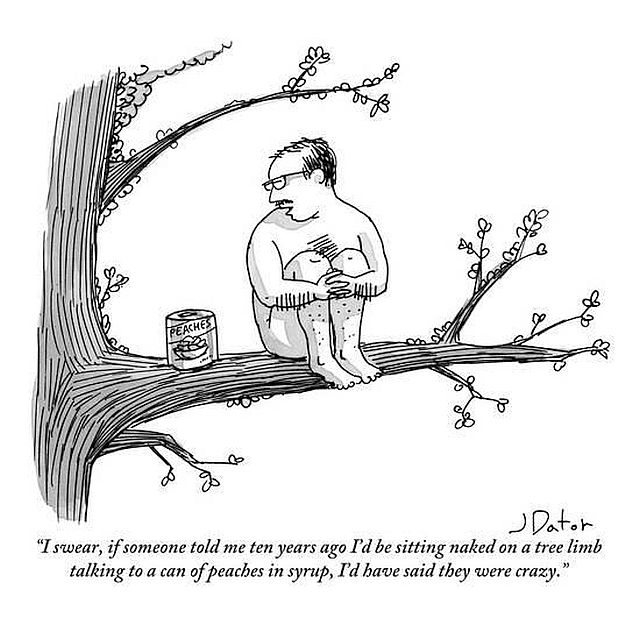 Joe’s Comment – This cartoon strikes at the heart of all humanity.  Just when you think things can’t be stranger, a new strangest pops up and waves you over.
The best part is you want to stick around to see how weird it gets!  Joe Dator is a special kind of cartoonist…..

Dark, Darker, Darkest
The group called The Dead South has some very catchy tunes.
A Canadian band from Regina, SK.
This one, “In Hell I’ll Be in Good Company” is very dark.
A lyrics displayed version:

Prager U
A discussion of healthcare.
From more than an economic perspective.
The cost of health care is only a portion of the problem.  Innovation, research, accessibility, training, regulation, government intervention….. the list is legion.
Joe and I have had a few intersections with the Canadian system, some good, some not so good, some bad.
Everyone gets old and dies.
The devil is in the details:

Flashback Funnies
Joe and I remember the 2016 election way better than what we were personally doing in 2016.  It was a nail biter for Republicans.
No one saw it coming except a few people (such as Ann Coulter) – those people were derided and guffawed and scorned.
This compilation video is an excellent reminder of how little the “experts” actually know about the future.
Lots and lots of projection by many folks had an insignificant influence on the outcome.
Joe enjoys this video (more than once, more than now).  You can enjoy it too:

The Power of Humor
Anyone who has viewed more than one of Joe’s Sunday Rant postings knows how relevant humor is to our perspective, our presentation, our point.
If a picture “is worth a thousand words” then, in Joe logic, a picture with words is an order of magnitude greater in worth.  Especially when humorous, funny, or outright hilarious.
Here’s an example: the nutcase Elizabeth Warren, her lying past, and her tone deaf knee-jerk left hand cigarette footsie-ing with the truth.
Joe says she is a certified moonbat.
The latest off-key rantings of Elizabeth Warren (“Pocahontas”) insisting her 1/1024th “Indian” DNA (Native American DNA for the faint of mind) qualifies her as an Indian (as before you wimps) is so laughable as to beggar the imagination.
1024 is a power of 2, i.e., 210, or 10 generations in terms of ancestry.  It is a binary expression because offspring inherit 23 chromosomes from each of their parents (a woman and man pair – suck it up gender confused diasporans).
The average European white has twice this amount.  Just sayin’.
You know, science.
The simple volume of humorous memes, graphic comments, videos, and annotated pictures is staggering.
Everyone is watching.  Hard to hide the salami in the age of the Internet.
Here are a few Elizabeth Warren “truth outs” Joe found grinningly fabulous – 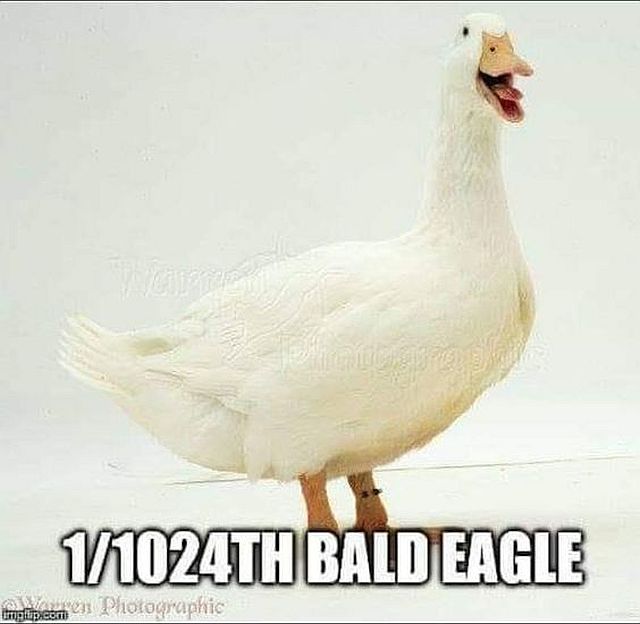 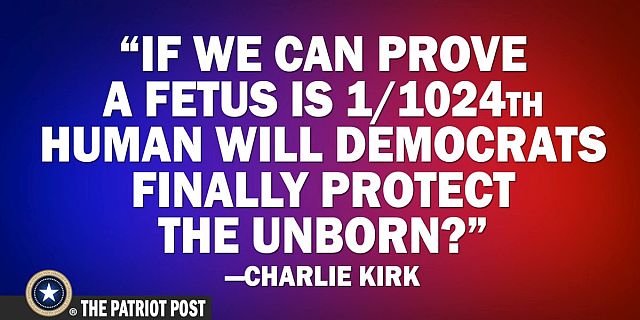 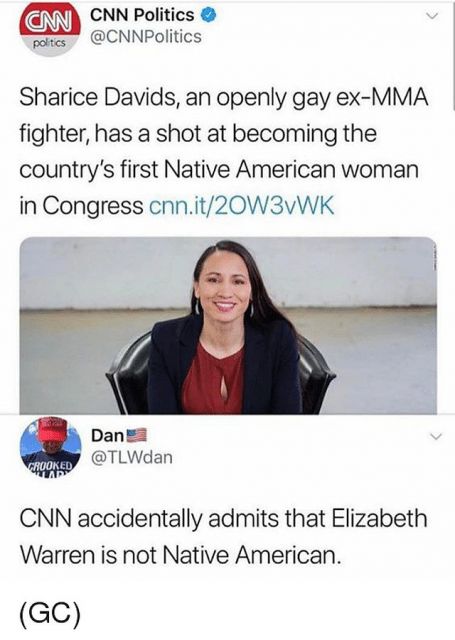 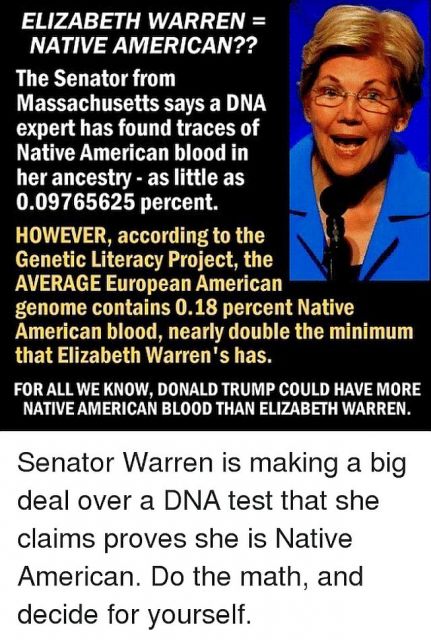 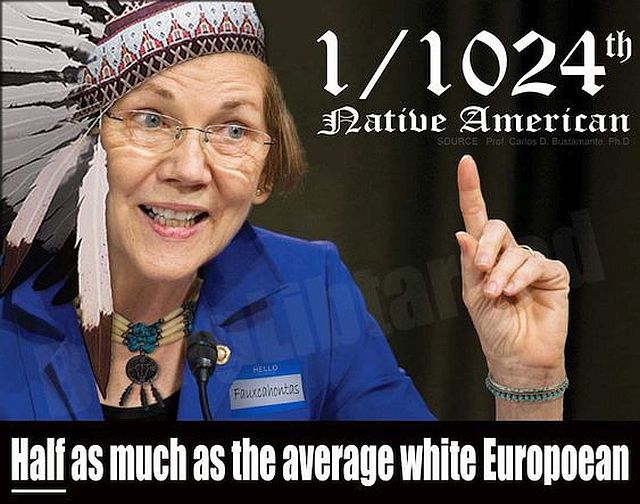 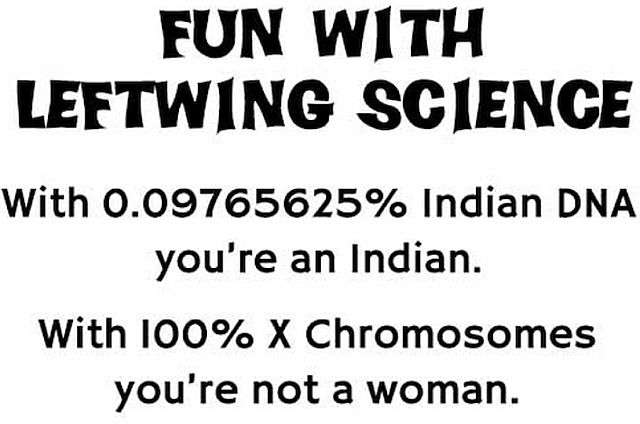 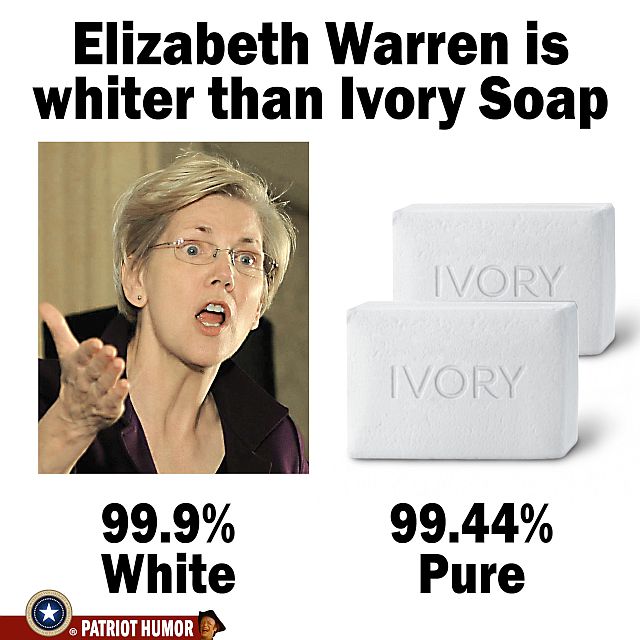 This piece of video is from “The Five”.
Pretty well covers all the points of interest in this saga.
Even Waaaghhn Williams has trouble peddling his usual Loony Lefty bicycle.
Gotta love “The Five”:

Tucker Carlson also does a good job of outlining the magnitude of the deceit promulgated by Ms. Warren.  The history, the flim-flammery, the stick handling in the corner.  Several subject matter experts are also interviewed for their observations.  This is a career advancing strategy that she benefited from in the past but is now a millstone around her neck.  Joe says her political aspirations (presidential run in 2020) are/will be thwarted.  The truth will out.
The short version from his October 15th evening show:

What is the moral of the story?
I say karma is a bitch.  The only way to avoid getting your comeuppance delivered by the Karma FedEx is twofold: don’t mess with her/it/they in the first place, or die before the delivery lands on your metaphorical doorstep.
Joe says (over and over) sane normal people can make a rational / good decision if given the facts.  Therein lies the problem.  Where are the factoids of yesteryear?  (Apologies to Catch-22: Ou sont les Neigedens d’antan??)
Joe also says the corollary is true: insane abnormal people, given the facts, are not predictable.  They are the entities which go bump in the night.
A virtuous and informed electorate seems further and further from the infinity of possible universes.
Only a couple of weeks to the midterm election.
Hold on to your hat…..

NPC
Joe and I are noobs when the topic of “NPC” (Non Player Character) popped into our lexicon this week.
Seems the holy arbiter of what is just, the majesty known as Twitter, has deleted 1500 “NPC” meme accounts because……
For an explanation of what an NPC is, who is creating them, and why the Left/Progressive ninnies are wetting their beds:

As usual, there is beacoup explanation, examples, and humor to be found on the Internet.  Until the government manages to shut it down.
Some examples of NPC power – 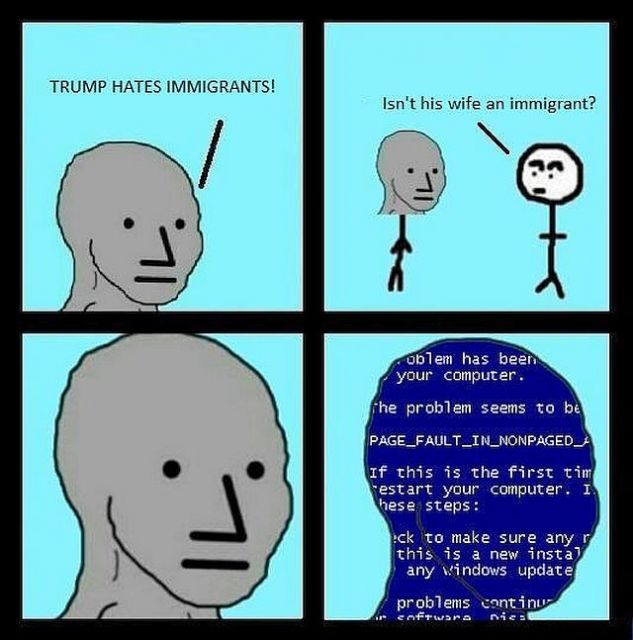 Trudeau Not Love
Joe is feeling a tiny bit grumpy.
Weather, age, that itch in his armpit; whatever.
Some Paul Joseph Watson kicking Chief Rainbow Socks in the place where balls would be makes Joe feel a tiny bit better.
A PJW rant from the early Spring this year:

A few more to appease Joe’s misguided sense of justice – 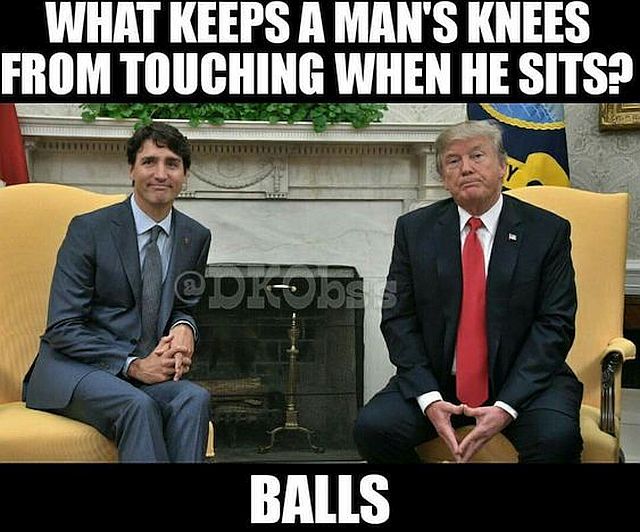 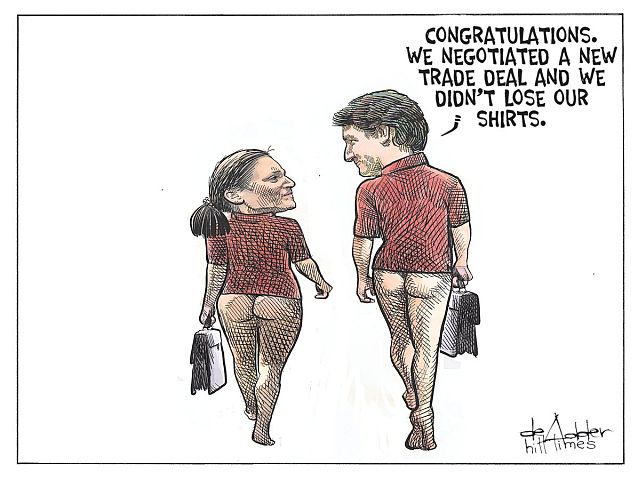 Joe’s Garage
A few weeks ago Joe and I had a visit from little miss Emma.  She brought her parents along, too.
Jess snapped a picture of the two of us walking toward the shop.
As Ms. Gayle said, looks like a Rockwell – 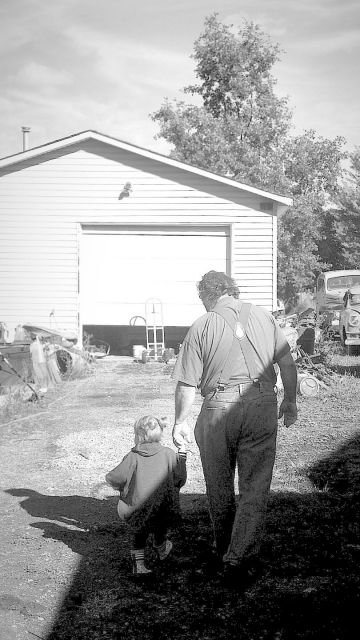 Work on the patio and garage remodel continues.
Joe was worried about the floor in our new electronics lab.
He didn’t want concrete like the shop and the attached garage; he wanted wood, warm, friendly, soft and textured.  And warm.  Did we say warm?
After many nights of tossing and turning, a few sleep deprived nights, and one sweaty screaming nightmare, Joe came up with a plan.
The plan is three footings to hold floor joists.
Remove the forms and back fill between the footings with gravel.
Then place the floor joists, and pack the spaces with Rockwool™ insulation.
Surface with 2X10 planks.
Here’s the first step, only a few days ahead of sub zero freezing temperatures that stop concrete from curing.  We’ll leave the forms on for a week to promote a nice hard cure.  Joe put a tarpaulin over the large door opening and a work lamp to keep the nighttime temperatures above hard water levels.
We don’t like playing footsie with the weather, but this once we gambled and didn’t come in second – 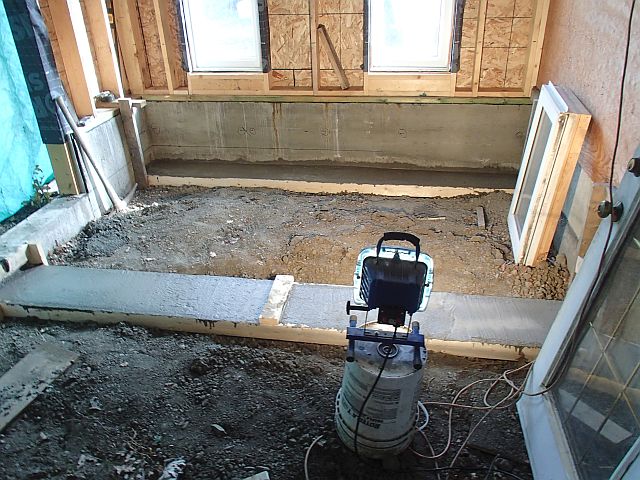 Today Joe and I traveled to Oyama to help Tanner D. move his F350 dually, which has a very sick 6.4L engine.  A beautiful if not running truck.
Ricky D. did a great job building a winch mount for the trailer.
A few mods on the go and there you have it!
A sturdy trailer with more than 3½ tons of Ford sitting on it – 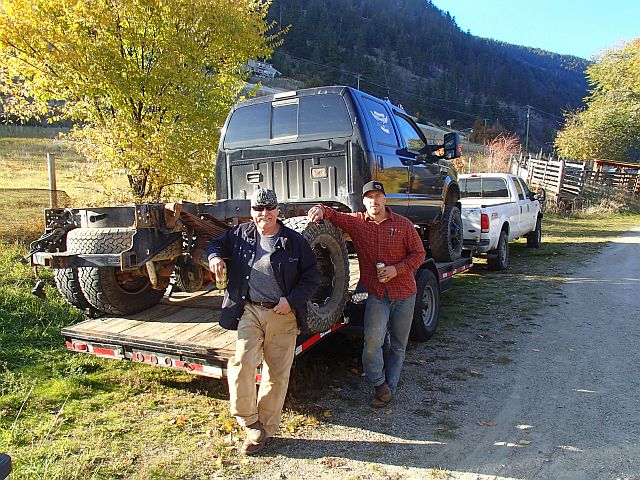 A great day with good friends, a project to fabricate, a job to do, a few beers, and sunshine.
Life is good….. 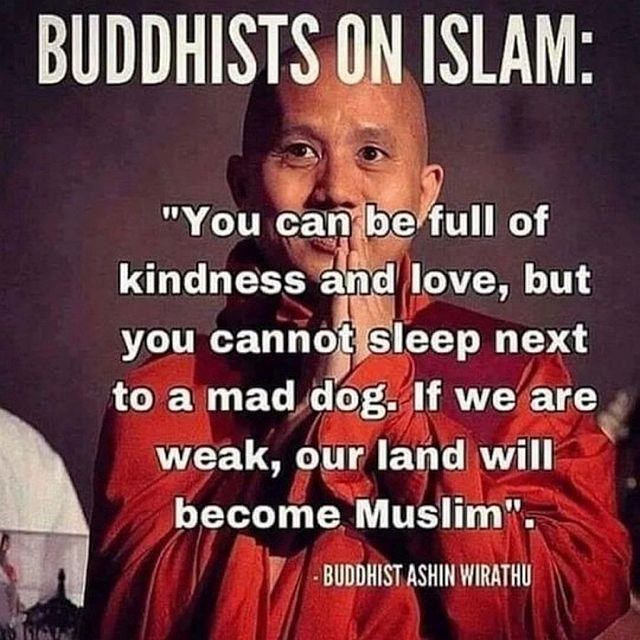 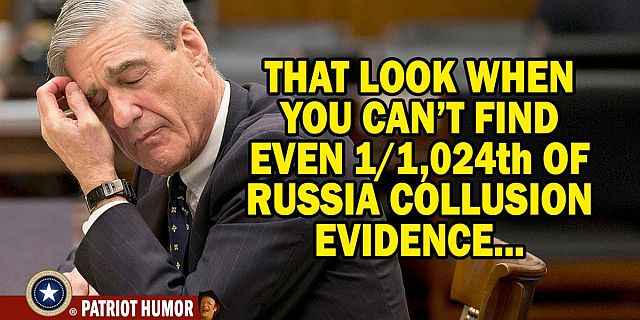 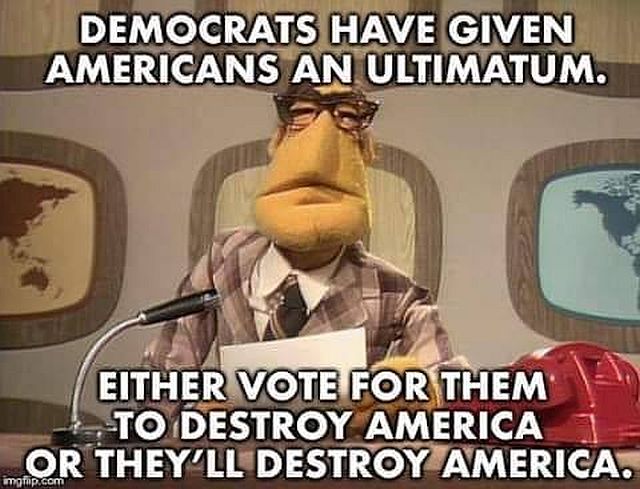 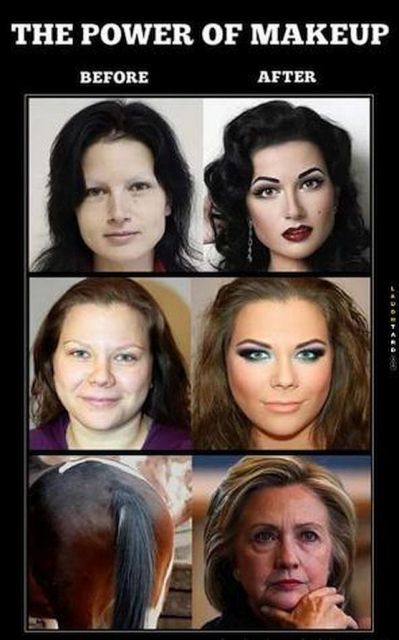 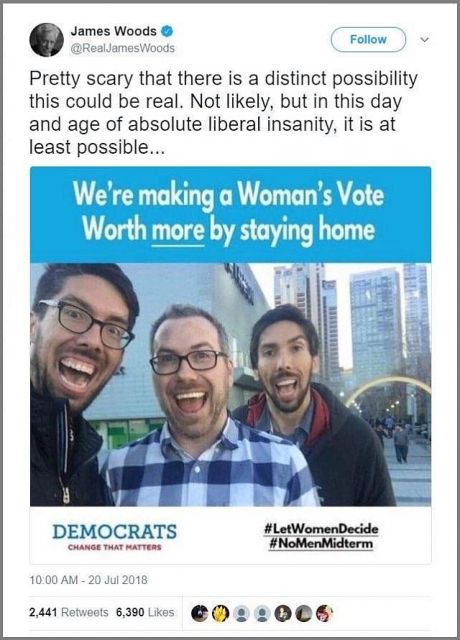 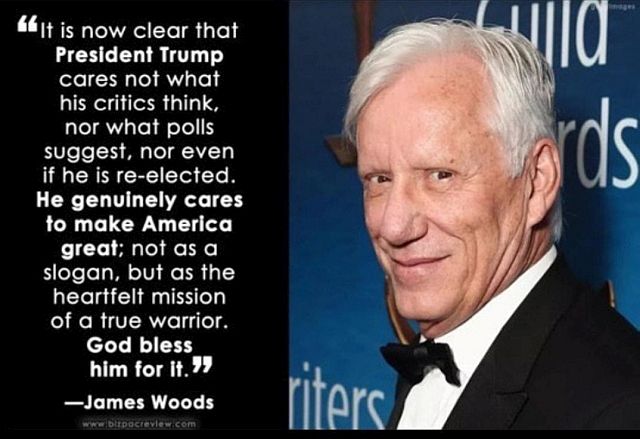 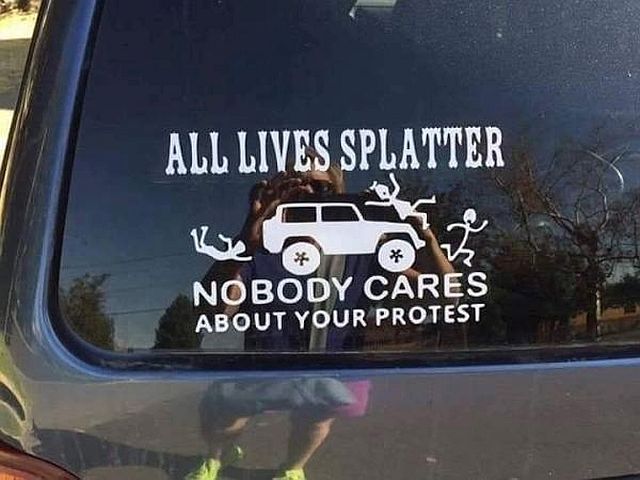 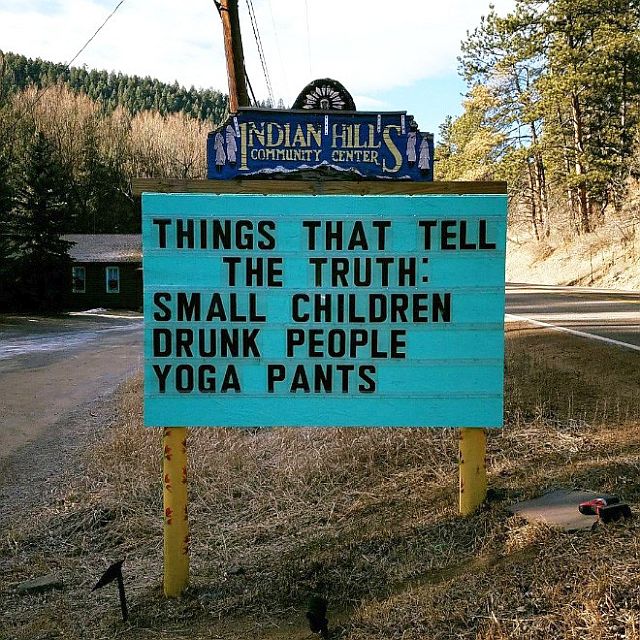 Professor Gad Saad (evolutionary behavioral scientist – John Molson School of Business, Montreal QC) interviews Dr. Robert Lustig, author of “Fat Chance (2012)”, “Sugar Has 56 Names (2013)”, “The Fat Chance Cookbook (2013)”, “The Hacking of the American Mind (2017)” and many research papers.
He is a pediatric doctor specializing in childhood obesity.
His research and data point directly at sugar (56 names) as a cause of childhood illness such as diabetes and gross obesity.
A sobering review of his work, the political and economic issues opposing the dissemination of his team’s findings, and future research and direction.
Well worth the time to watch and listen:

This week in Vernon BC was not so bad.
For 7 days it has been sunny!
Not hot.
Not cold.
Mostly cool during the day.
Touching freezing at night (frost on the car windows).
As long as the rain and clouds stay away, Joe can wait another day. 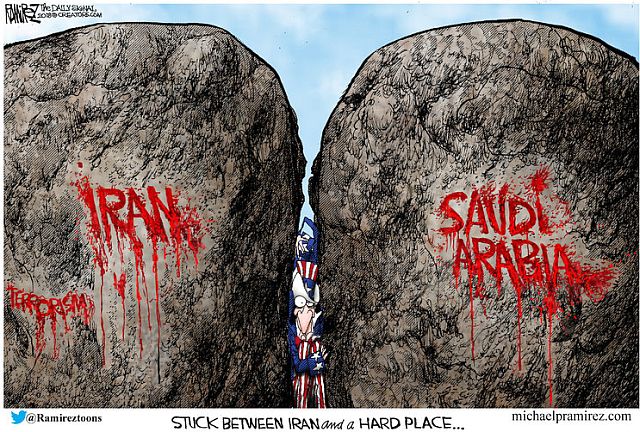 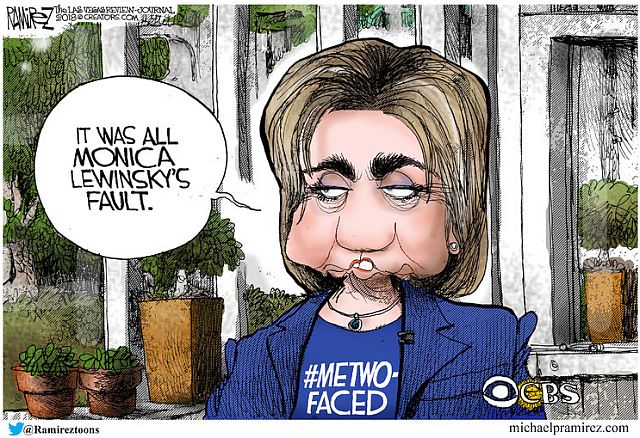 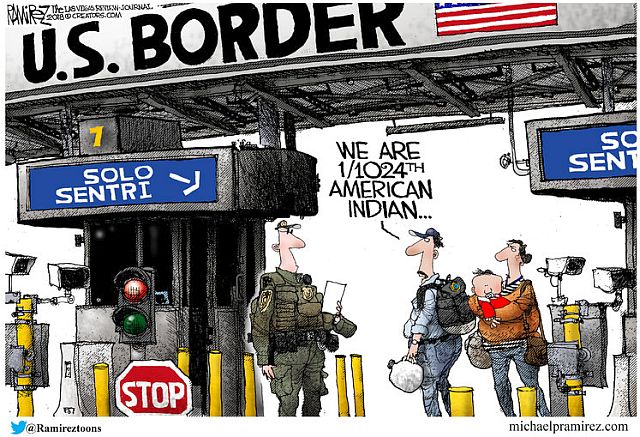 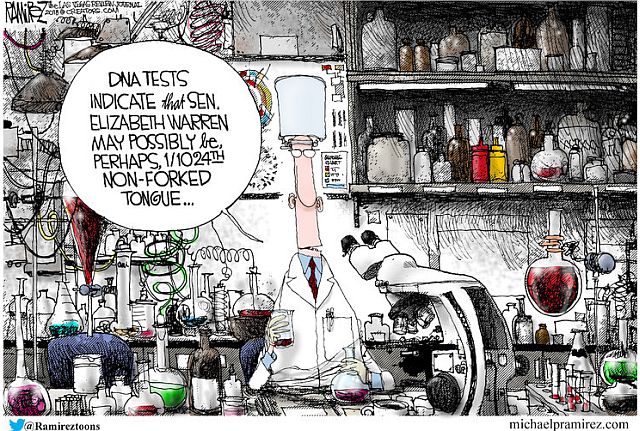 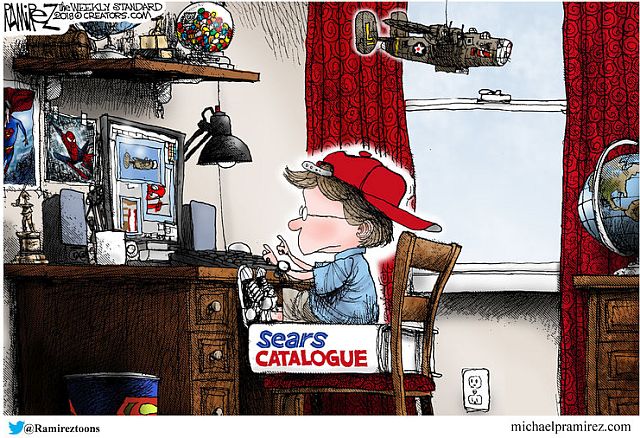 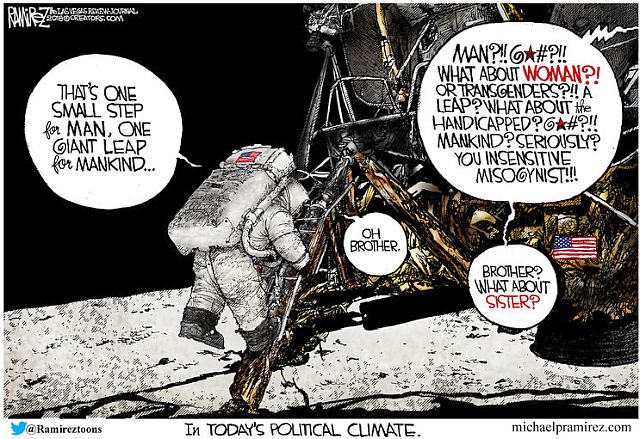