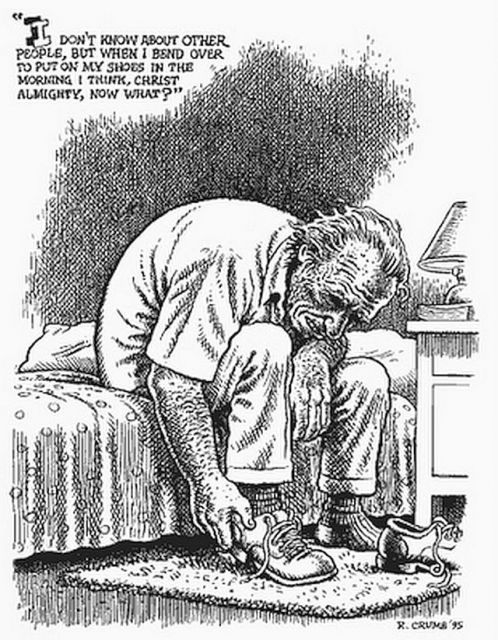 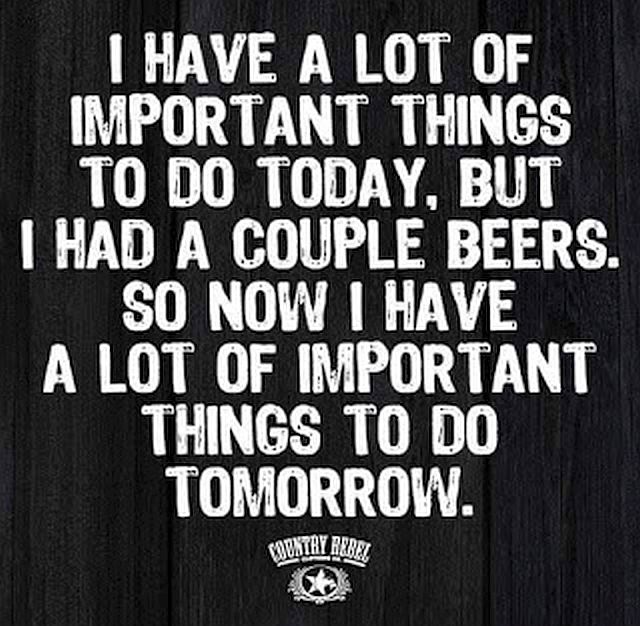 United Nations
Joe and I have been pretty well disgusted with the discrepancy between the noble, lofty mandate of the UN and the actuality of down dirty corrupt UN reality.
Since the appointment of Nikki Haley as UN Ambassador, our view has become more hopeful.
This week, the UN received a double barrel blast from America.
Here is an incredible address from POTUS, DJ Trump:

There are (finally!) adults in the room.
Cockroaches start scurrying…..

SCOTUS Redux
Joe and I have watched with growing disdain the character assassination of Brett Kavanaugh by the Democratic Party.
These people are right on the border of not being people.
Their 11th hour attempted character assassination of a good man AND his family, not to mention the abuse of “just pawn in life”, Dr. Ford, tells us how low and desperate the Demonrats are, how craven their lust for power.
Literally, the Democratic party will stoop to the lowest low to achieve their political goals.  Literally, the Democratic party believes that any means to an end is fully justified, fully legitimate, fully defensible.
Watching the event unfold in real time led Joe and I to believe that the adults in the room were by and large Republican.  The Democrats, idealists to infinity, behaved like emotional meat puppets.  Logic, rationality, sequential timelines be damned.  Women MUST BE BELIEVED!…. Well, this particular woman.  Never mind the dozens of women who accused Bill Clinton of much worse behavior when he was a much older man with more gravitas and power.  To a woman, they were smeared, denigrated, threatened, belittled or prosecuted by that world class harridan, Hillarious Clitwon and her murderous band of ambulance chasers.
Who can forget the blue dress?
Joe says he wasn’t there and he knows all about it.
Yet Dr. Ford can’t remember even one salient detail of the most traumatic event in her life.  Outside of pointing at Judge Kavanaugh.
When you saw Dr. Ford “testify” did you not see that she is incapable of rational thought?  By the by, her “crowd funding” appeal has paid off quite handsomely.  Yikes!  Bad choice of words, Joe.  Better say quite beautifully…..
Joe says the Dems were simultaneously building their retreat (in the event they didn’t come across as the Defenders of Women™ they falsely promote themselves to be) by coaching this unstable woman with two legal assassins.  This  enables a plausible withdrawal of accusation, based on outcome.
Joe is a cynically biased bastard of a cynical cynic.
You don’t want to hear Joe’s response to the next two accusers.
A serial gang rapist?
A drunkard serial gang rapist?
Dear doG Democrats, go fuck yourselves.
You really do believe that destroying the Republic one brick at a time is in the best long term interests of “We The People”?
After 235 years of stellar performance, all of a sudden if a Democratic house, senate, and executive is not supported by a Democratic judiciary the world will end?
This sounds to me and Joe like the oft quoted line from Shakespeare – “the lady doth protest too much, methinks” (Hamlet, Act III, Scene II).  The emotionally driven Democratic Party is an hysterical woman, with vengeance in mind.
Another quote that seems apropos – “Heav’n has no Rage, like Love to Hatred turn’d, Nor Hell a Fury, like a Woman scorn’d.” (Act III, Scene II) from The Mourning Bride – William Congreve  (note 1: if you click the link, the line is the last of the scene, note 2: also Act III Scene II – co-inky-dink?)
Enter Hillarious Clitwon and the dark forces of the Foundation.
Joe and I watched many videos and read thousands of words after viewing the live interrogation.  The outrage of Sen. Lindsay Graham, the Judge Brett Kavanaugh righteous defense of his reputation and his family, the cold reptilian Democratic logic deniers – we saw it all.
Hand wringing aside, abuse of woman(en) aside, man’s inhumanity to man aside, what can we learn about what we cannot know because there is no evidence whatsoever that is conclusive…..
Another quote from The Mourning Bride – “Musick has Charms to sooth a savage Breast,” (Act I, Scene 1)
So what musick helps sooth Joe’s breast?
The commentator which we resonated with most (so far….) is Stefan Molyneaux.  Two videos, in this order:

Stefan M. has a logical approach that we found refreshing.  Good forensic review.
Joe says and I make the following points about what we’ve seen and heard and deduced –
– Dr. Ford has a mental problem, an illness (aside – who’s clinical psychoanalyst publicizes your personal information), an infirmary.
– If Brett Kavanaugh is who they insist, Joe and I have no idea of how to judge character.  The man is just whom he says he is in our estimation.
– So much for Christian belief (on the Demonrat team).  What is the primary teaching of Jesus’ followers?  Love.  Love and forgiveness.  Love your neighbor.  Love your enemy.  Pray for the salvation of souls.  Forgive them (and us!) our trespasses.  Seems that’s what Brett’s family was raised to do.
– So much for “reformation” and “rehabilitation”.  Even if three (she was inebriated too, da?) drunken teenagers were goofing off and someone got frightened, seriously frightened, is this a “can’t change your spots” moment, or a bad choice made by young people who learn from a mistake?  Like the time we locked Ricky D. in the trunk of a car….. not knowing of his incipient claustrophobic tendency…..
Foul!  Shame! Learn!  Don’t do it again.
Joe says the progressive view is that criminals can be re-engineered into model citizens.  Except (of course) those that cannot be re-engineered into model citizens.  And who (or whom) determines who (or whom)?  The Demonrats of course.
Joe and I are not insisting nothing happened to this woman.  Joe and I are insisting she is not mentally stable.  Can’t fly?  Evidence says otherwise.  Can’t remember where, when, and how many, but knows beyond doubt who?  “Lie detector test” where she is asked only two questions, but nothing about Brett Kavanaugh?  Life long Demonrat with family ties to the nasty side of “collusion”.  WTF?
Where is this nasty coming from?
Try this on for size.
Someone is connecting dots….
This article shows a very ugly very deep very nefarious manipulation by the Clinton mob.
An honest (read: constitution focused) Supreme Court would make mincemeat of the bad dudes and dudettes (Joe is sexist!) if this information became public knowledge.  Read the article and be afraid.  Be very afraid.
A bit of the article –
…….”Now who is LISA BARSOOMIAN? Let’s learn a little about Mrs. Lisa H. Barsoomian’s background.
Lisa H. Barsoomian, an Attorney that graduated from Georgetown Law, is a protégé of James Comey and Robert Mueller.
Barsoomian, with her boss R. Craig Lawrence, represented Bill Clinton in 1998.
Lawrence also represented:
Robert Mueller three times;
James Comey five times;
Barack Obama 45 times;
Kathleen Sebelius 56 times;
Bill Clinton 40 times; and
Hillary Clinton 17 times.
Between 1998 and 2017, Barsoomian herself represented the FBI at least five times.
You may be saying to yourself, OK, who cares? Who cares about the work history of this Barsoomian woman?
Apparently, someone does, because someone out there cares so much that they’ve “purged” all Barsoomian court documents for her Clinton representation in Hamburg vs. Clinton in 1998 and its appeal in 1999 from the DC District and Appeals Court dockets (?). Someone out there cares so much that even the internet has been “purged” of all information pertaining to Barsoomian.
Historically, this indicates that the individual is a protected CIA operative. Additionally, Lisa Barsoomian has specialized in opposing Freedom of Information Act requests on behalf of the intelligence community. Although Barsoomian has been involved in hundreds of cases representing the DC Office of the US Attorney, her email address is Lisa Barsoomian at NIH.gov. The NIH stands for National Institutes of Health. This is a tactic routinely used by the CIA to protect an operative by using another government organization to shield their activities.
It’s a cover, so big deal right? What does one more attorney with ties to the US intelligence community really matter?
It deals with Trump and his recent tariffs on Chinese steel and aluminum imports, the border wall, DACA, everything coming out of California, the Uni-party unrelenting opposition to President Trump, the Clapper leaks, the Comey leaks, Attorney General Jeff Sessions recusal and subsequent 14 month nap with occasional forays into the marijuana legalization mix …. and last but not least Mueller’s never-ending investigation into collusion between the Trump team and-the Russians.
Why does Barsoomian, CIA operative, merit any mention?
BECAUSE….
She is Assistant Attorney General Rod Rosenstein’s WIFE!”
Joe and I are not conspiracy theory fans.
But…. something is way beyond coincidence.  Let the sun shine in:

Prager U
Joe and I love us some Prager U.
We find Dennis Prager somewhat pompous for our liking, but Prager U freedom videos are an awesome force for liberty and free speech.
“Who is Karl Marx?” is presented by Paul Kengor, professor of political science at Gove City College:

Super Surfer
Joe and I tried “riding a wave” many years ago when we were agile, robust, athletic, and stupid(er).
What a ride!
After we recovered consciousness on the beach, shook the sand out of our shorts, ass, hair, and spit out a gallon of water, we concluded it wasn’t as easy as some make it look.
Here’s a surfer pro that makes you want to try, try, try again: 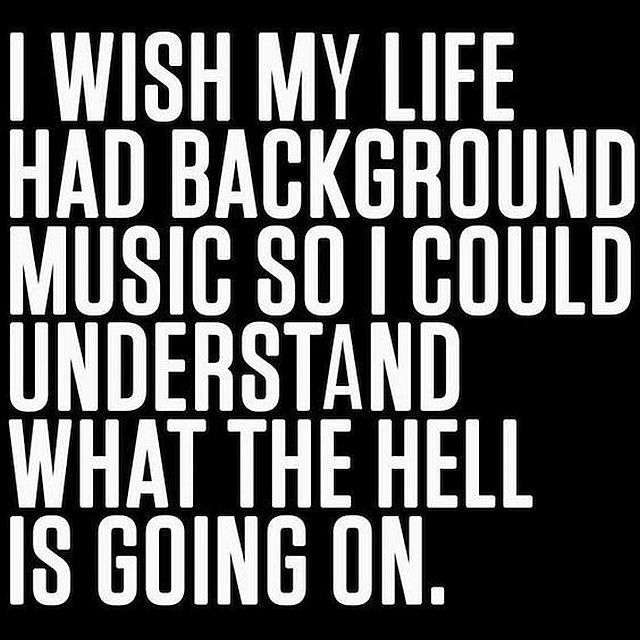 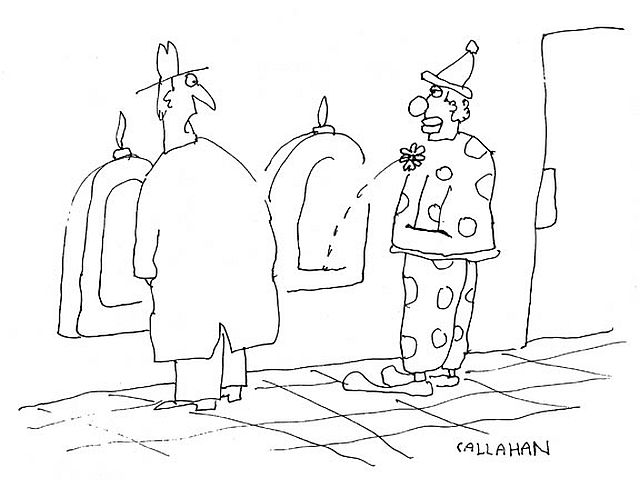 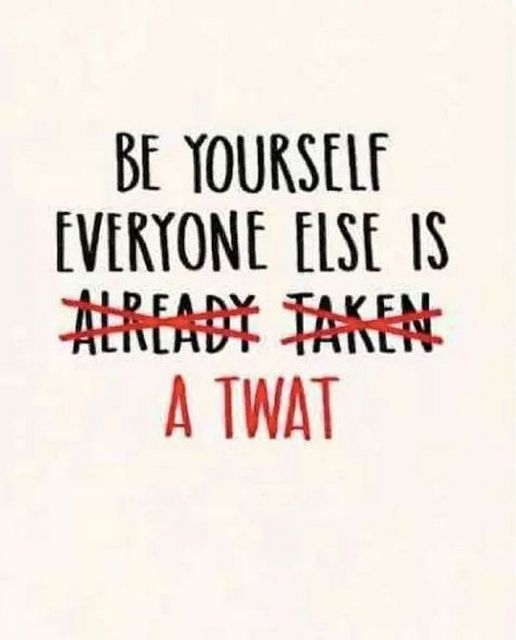 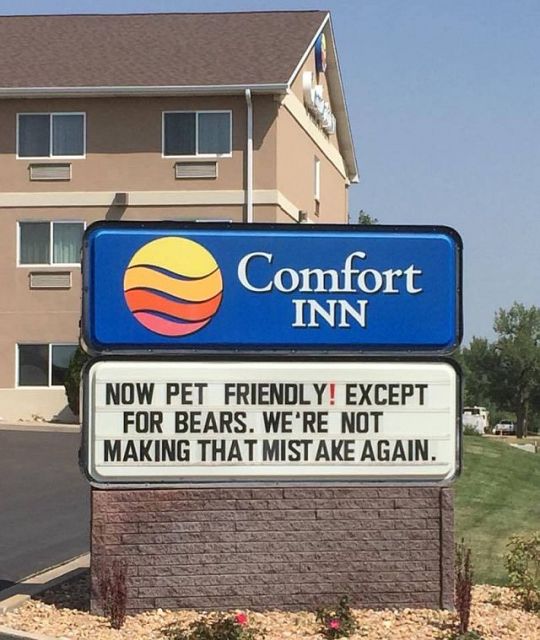 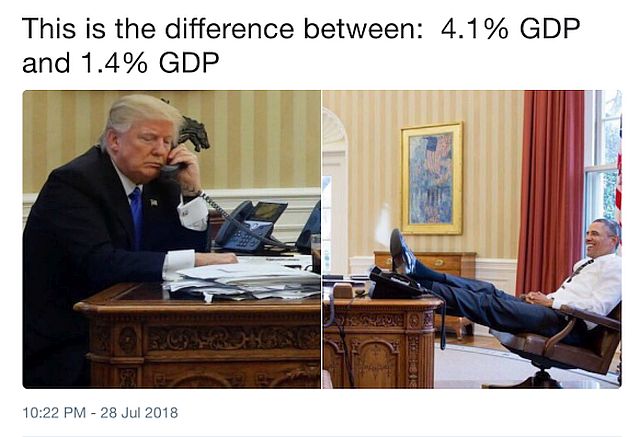 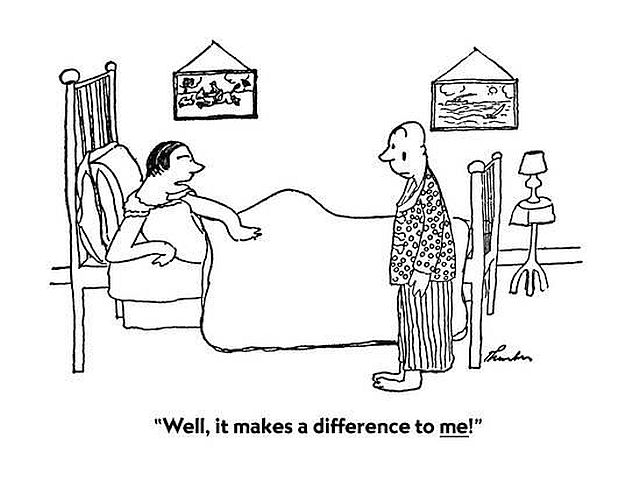 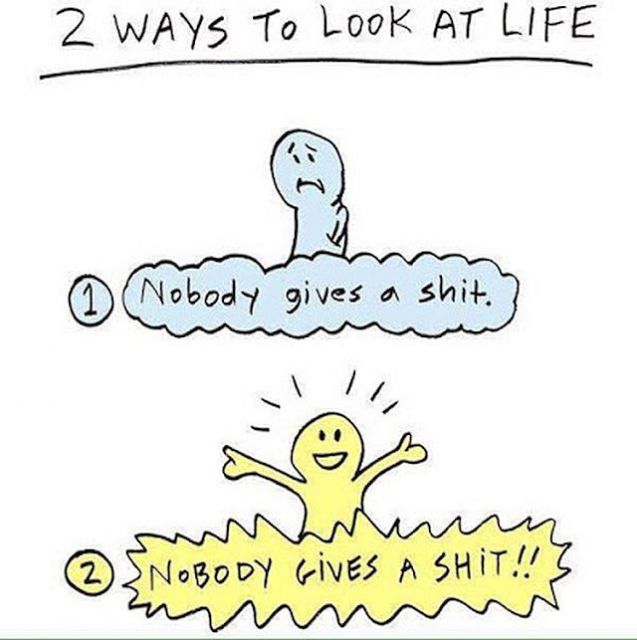 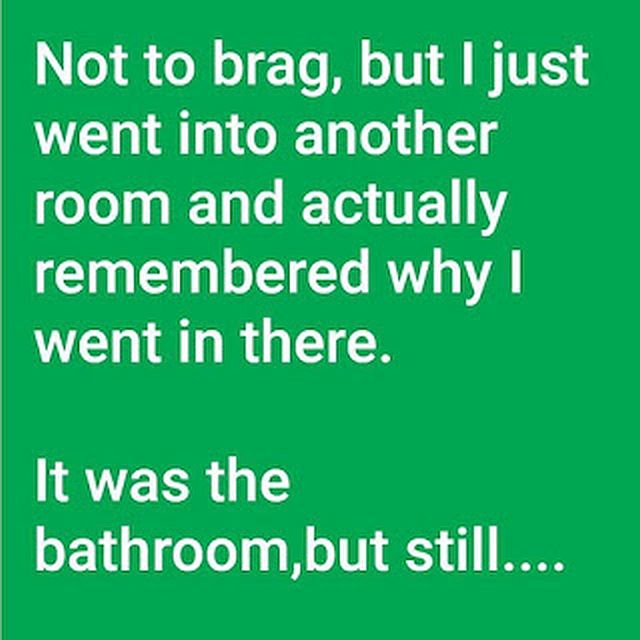 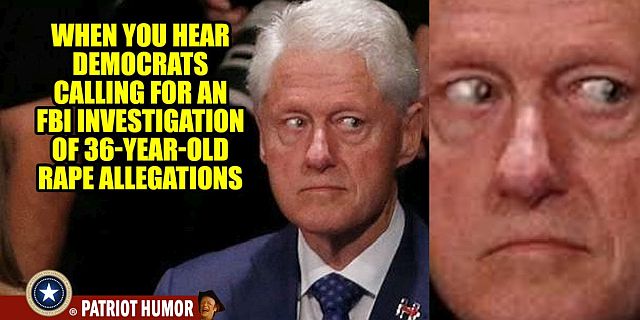 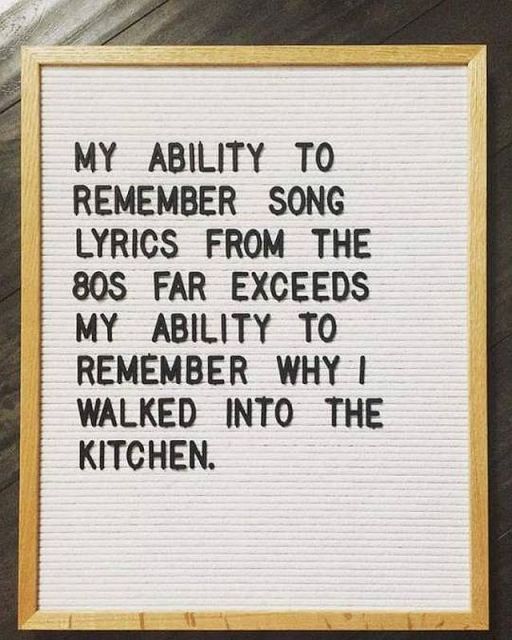 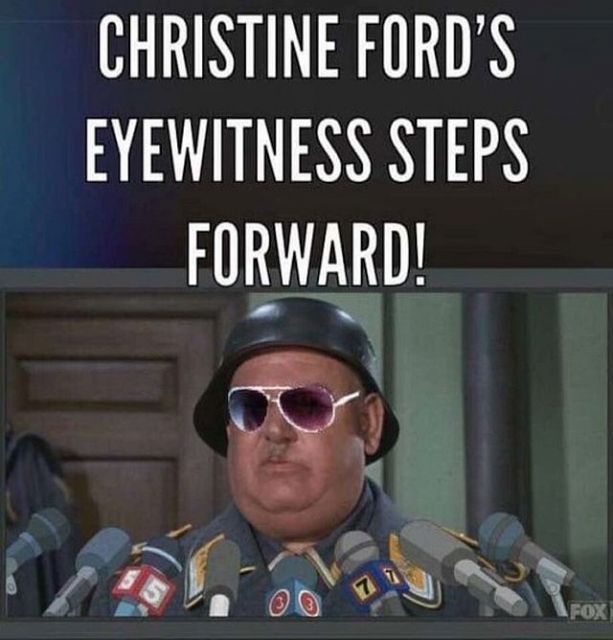 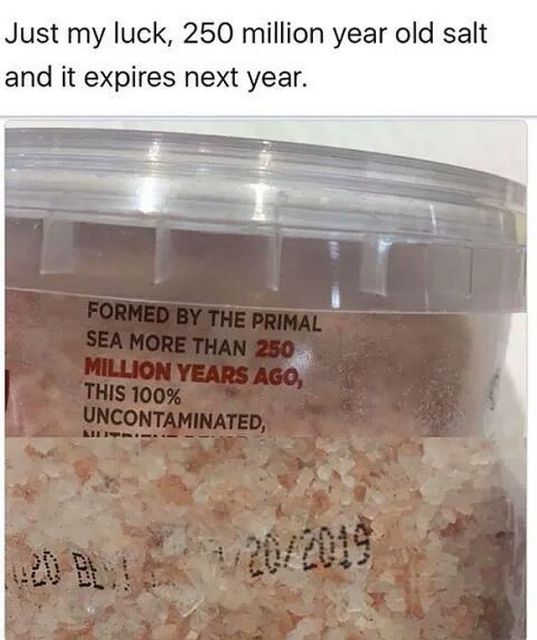 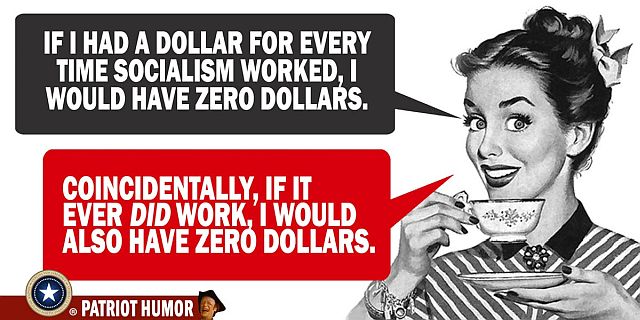 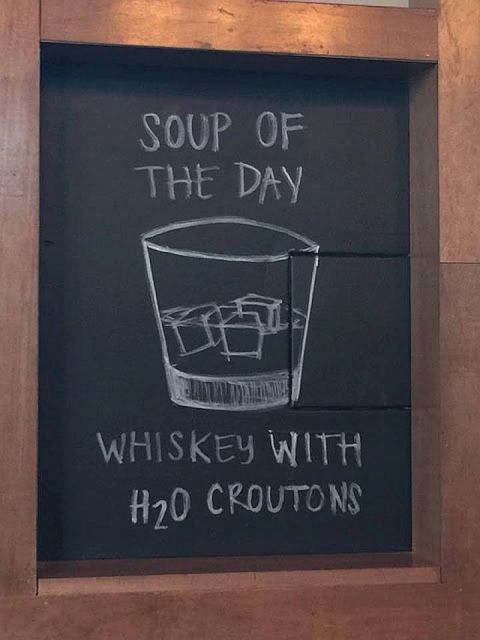 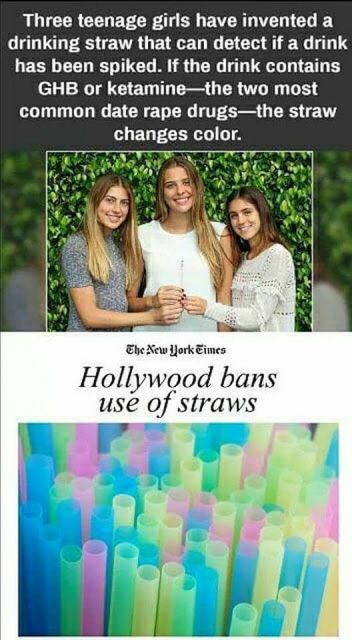 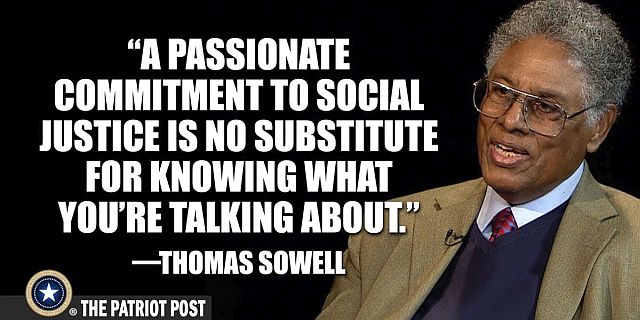 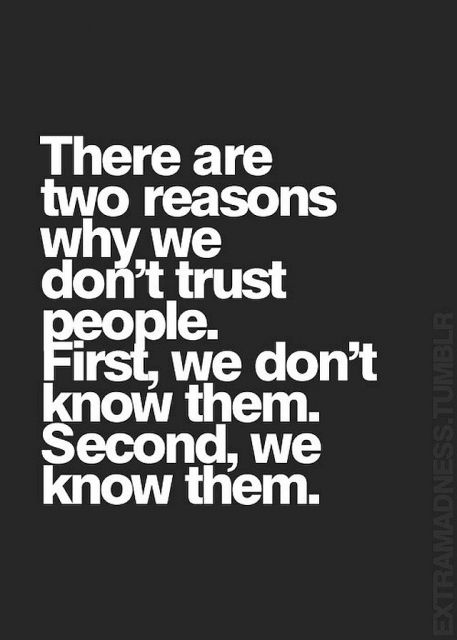 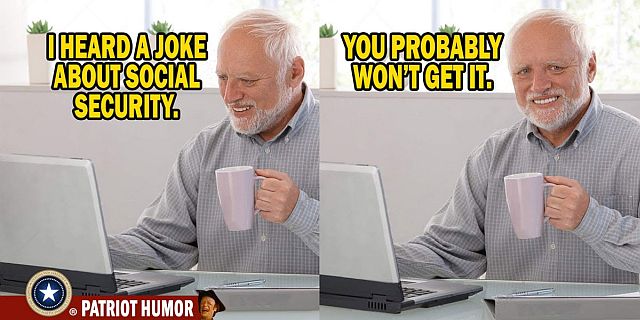 This week the sermon is NOT about the fabulous carnivore diet, although more of Kelly Hogan is always a good thing.
This week the pulpit is commandeered by one of Joe’s heroes, Dr. Victor Davis Hanson.  Ben Weingarten of Encounter Books interviews Dr. Hanson about the decline of the American academy, threats to Western civilization from within and without, the effect and affect on the Trump presidency, and more:

This week in Vernon BC was, sadly, more like November than September.
Is it racist to yearn for an Indian Summer?
Today, Sunday, was the rainiest, but there was competition earlier in the week for “Monsoon Day o’ the Week”.
Joe has resigned himself to leaving the furnace on all day.
And wearing a sweater.
We both dream of sunny warm cloudless days.
Maybe music will help: 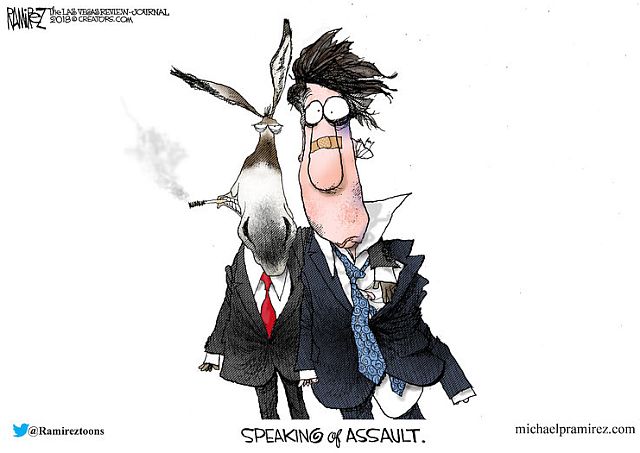 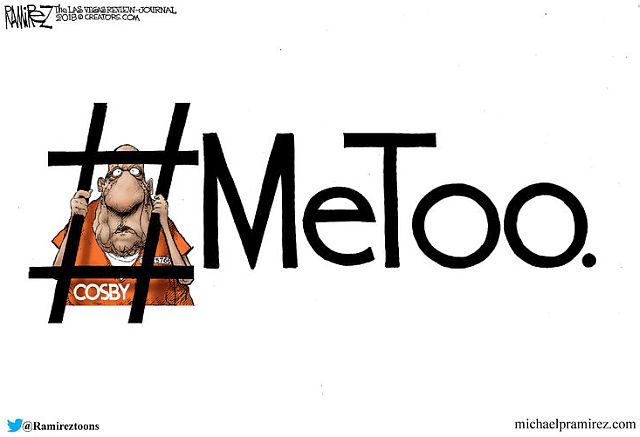 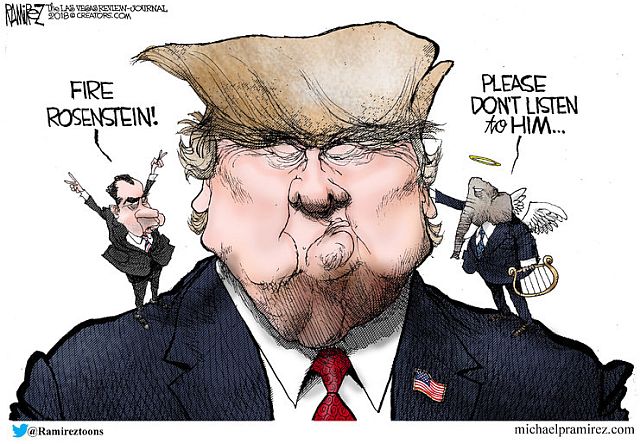 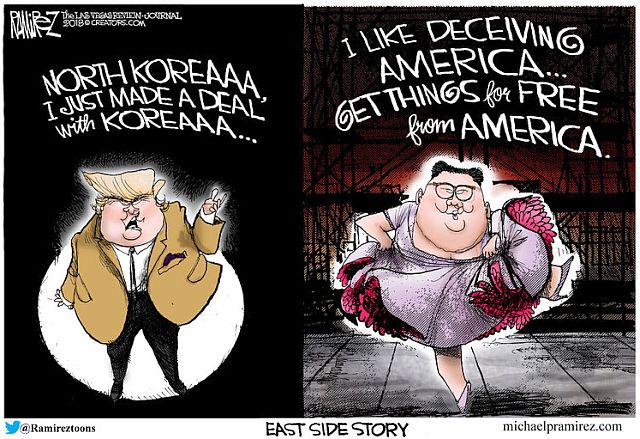 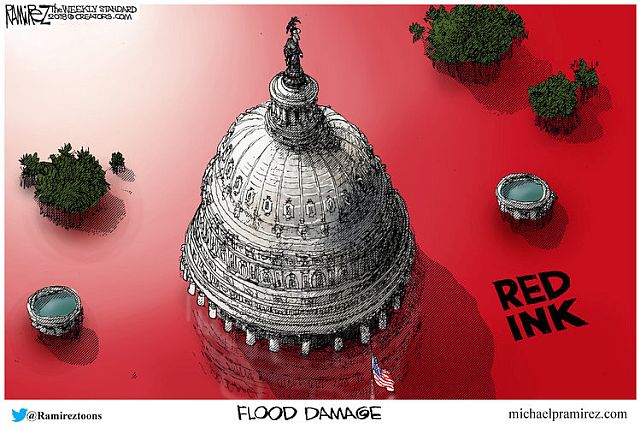 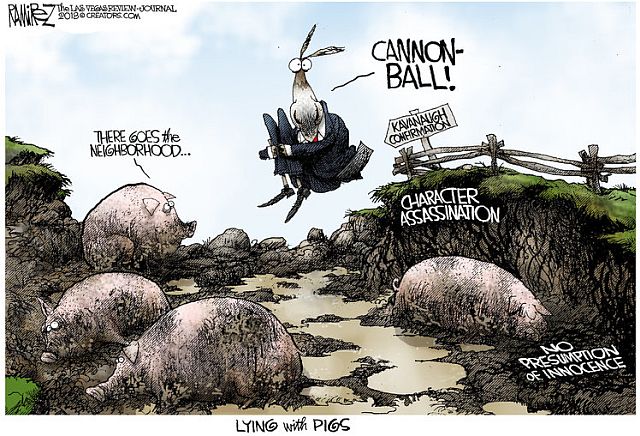 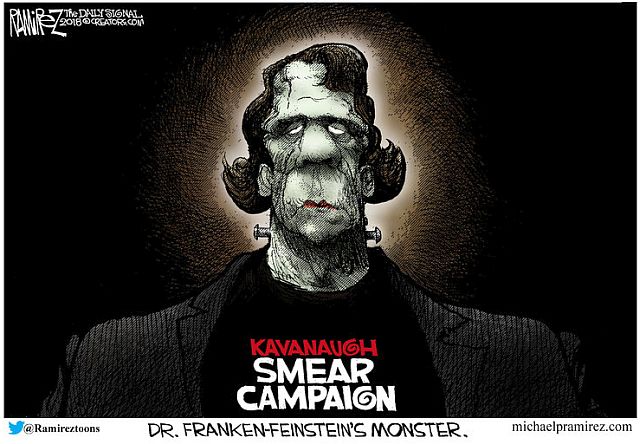