Break out the tape measures, scales, and logical concepts….. lots to do before the snow comes to town.

Pamela Geller and Robert Spenser spoke in Toronto re: the threat of Islam to civilization. These videos are worth watching again and again:

Pamela and Robert were refused entry to Britain earlier this year. They were asked to make the same speeches to a crowd of like-minded Brits. Makes me proud to be Canadian. Free speech still means something in the frozen north………

From Bernie M. a most interesting video on the Canada – U.S. border. How it began, some of the quirks and anomalies, the future:

The inestimable Mark Steyn comments on what he calls “Party Politics” (hint: wear something casual):

David Suzuki is Canada’s answer to Al Gore – a money grubbing climate hustler. Suzuki didn’t invent the Internet® but he does know how to strum the guilt guitar. Apparently, our Australian cousins aren’t amused: they see through his rhetoric, circular arguments, and straw man logic:

Canada allows veiled women to bypass security checks. The only veiled women I’m aware of are Muslim. According to The Religion of Peace ( http://www.thereligionofpeace.com/ ), there have been over 21,000 deadly Islam based terrorist attacks since 9/11. WTF?:

Have we forgotten that Muslims are the reason we have the security checking and issues we have? What did I miss?

The “One Million Muslim March” did not pan out well. There are not many pictures on the Internet or in the news, because there was very very little support. The march obtained a permit….. the media was there…. they built it, but nobody came. A picture of the organizers below. The turnout was estimated at 25 to 200 people – They changed the name of the rally for obvious reasons to everyone except the organizers….. Which one of their brilliant intellects decided to march on September 11, and use the word “Muslim” as the chief adjective?

The counter protest ( 2 Million Bikers) was denied a permit (to roll through red lights and ignore traffic signs), but decided to come anyway:

At 2:00 p.m. on September 11th, the D.C. police department reported they had counted over 1 million bikes in Washington. From all over Canada and the United States. Would I had been there, tears would flow.

I love Sarah Palin. There, I said it out loud. Here she is laying into union bosses for their complicity in the “train wreck” that is the affordable care health plan:

I’m with Rush Limbaugh. Sarah Palin scares the crap out of the left AND the right…..

The ever resourceful politicians are trying to pass law to tax the sale of items over the Internet. They can’t come up with a good idea to save their souls. Bad ideas? By the train (wreck) load:

Electric cars? We don’t need no steenkin’ electric cars! But, in California, the rich are taking advantage of the law:

When oh when will politicians stick to something they know how to do and what to do about it? Two words: CF

Big problems with the financial manipulation of gold and silver markets / marketing:

Who will it affect (and effect)? The innocent of course. Generations of them to come………

He qualifies as a “Manchurian Candidate” solely on his lack of consciousness of reality………… Here’s some of his brilliance:

So, raising the debt limit doesn’t increase the debt. Right. Does chopping your foot off grow two new ones? What an asshole. Seriously, if “democracy” (whatever that might mean) delivers to the citizenry exactly what they deserve, we are in a world of trouble….

The “Navy Yard Killer” didn’t get much of a press run. Could it have something to do with his color or politics? Just askin’:

A great article and link from Daniel J. below, which identifies the real problem. (Hint: it isn’t guns) –

An insightful doctor friend of mine wrote the following answer to my question as to what kind of drugs the shooter in the article below was on. Balanced healthy living is really, really important. – DKJ

These drugs are known a SRIs (Serotonin reuptake inhibitors). Serotonin is a naturally occurring neurotransmitter that the brain produces. It produces a sense of calm and peace. When you get adequate exercise in fresh air and sunshine and adequate rest without the use of excitotoxins such as caffeine, alcohol, nicotine, large amounts of refined sugars, particularly high fructose corn syrup, etc, you produce serotonin. You brain reuses it over and over (reuptake). These psycho drugs inhibit the reuptake of it and as a result the level of it drops and the person can have episodes of uncontrolled violence.
Evidently a person who has fouled up their body chemistry with drugs, alcohol, and various other excitotoxins can exhibit manifestations of severe depression, bipolar (used to be know as manic depression), and schizophrenia (can hear voices telling them to do horrible things). I believe the Bible referred to this as possession. I suspect the devil will gladly take advantage of such a person.
The medical profession puts these disturbed people on these drugs to counteract their depression, etc., but the side effects are frequently worse than the psychological problems.
Drug, drugs, drugs, seems like the medical profession doesn’t know how to use anything else. Sad. – G

(NaturalNews) We weren’t planning to cover this story until the Associated Press confirmed that Aaron Alexis, the shooter believed responsible for the recent mass shooting at the Navy yard, “had been treated since August by the Veterans Administration for his mental problems.” This is proof that Aaron Alexis was on psychiatric drugs, because that’s the only treatment currently being offered by the Veterans Administration for mental problems. Alexis’ family members also confirmed to the press that he was being “treated” for his mental health problems. Across the medical industry, “treatment” is the code word for psychiatric drugging.
Nearly every shooter has a history of psychiatric drug use
As Natural News readers well know, the vast majority of mass shooters in U.S. history have all been on mind-altering psychiatric drugs. Those prescription medications create feelings of detachment in people, making them feel like they “playing out a video game” rather than acting out in the real world.
See a list of some of the other shootings where the perpetrators were taking psychiatric drugs in this Natural News article.
Not coincidentally, Aaron Alexis was also “obsessed with violent video games,” reports The Telegraph. Violent video games allow potential shooters to “rehearse” their first-person murderous rampage actions, reinforcing the actions in their brain neurology. It makes the act of killing seem normal, if not habitual.
This combination is repeated over and over again in violent mass killings: psychiatric drugs + video games = mass death.
Press once again lies about the AR-15
Of course, a mass shooting also needs to have a firearm present, but even facts surrounding those claims are now proven to be widely and inaccurately reported by the mainstream media — an institution which has now utterly abandoned the concept of fact checking in its rush to get the story out. Not only has the media had to retract its initial claim of the identity of the shooter, it also turns out that there was no AR-15 used in the shooting at all.
“Federal law enforcement sources told CNN Tuesday that authorities have recovered three weapons from the scene of the mass shooting, including one — a shotgun — that investigators believe Alexis brought in to the compound,” reports CNN. “The other two weapons, which sources say were handguns, may have been taken from guards at the Navy complex. The sources, who have detailed knowledge of the investigation, cautioned that initial information that an AR-15 was used in the shootings may have been incorrect. It is believed that Alexis had rented an AR-15, but returned it before Monday morning’s shootings.”
Regardless of the shooter’s weapon of choice, it also turns out that once again he chose a “gun-free zone” to carry out his crime, knowing full well that no ordinary citizens would be able to return fire, giving him plenty of time to carry out his mad killing plan.
This is another characteristic of recent mass shootings: they have all taken place in gun-free zones. Such zones are obviously the preferred targets of mass killers who seek to minimize their own risk of being taken out by return fire.
Finally, it is worth noting that the SWAT team which eventually shot and killed Aaron Alexis most likely did so with an AR-15 rifle, proving that AR-15s are extremely useful in protecting the public when deployed in the hands of someone who has the best interests of the public in mind. The actual rifle model used to kill Alexis has not yet been released, so it could have been something else, but there is no question that SWAT team members were well armed with AR-15-style tactical rifles and that such rifles in the hands of those men unquestionably served a positive role of protecting the public.
You can’t trust the media to tell you the real story
The bottom line in all this is that when it comes to shooters, psychiatric drugs and firearms, you simply can’t trust the mainstream media to tell you the real story. They will often report half-truths or even just invent bizarre new “facts” they want you to believe, but they have no real investment in the idea of getting to the actual story of what happened and bringing that story to the public.
The media is mostly just using this shooting as another way to sell more advertising while pushing a particular political agenda that utterly ignores the far more dangerous chemical holocaust taking place in our nation due to the widespread deployment of psychiatric drugs.
In fact, I am the author of the widely-shared article from 2012 entitled, Gun control? We need medication control!
And I stand by that argument today. A firearm in the hands of a competent, ethical person who protects innocent bystanders is a blessing. But a mind-altering medication in the hands of a violent video game addict with extreme anger issues is a catastrophe waiting to happen.
Learn more: http://www.naturalnews.com/042096_Aaron_Alexis_psychiatric_drugs_mass_shootings.html#ixzz2fIKVq5Wd 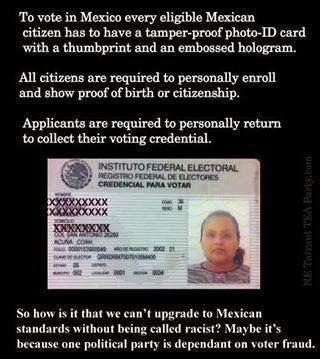 Lots of tax crap this rant. How to sum it? Tim Hawkins sings it best: I know I couldn’t name the prophet’s mother (research reveals it is Amina). Those at this Kenyan shopping mall who couldn’t name her paid with their lives:

How long will this madness hide behind the skirts of “religious freedom”? Today’s sermon is not a sermon. It is a discussion / debate between Sam Harris and Reza Aslan, moderated by Jonathan Kirsch. Subject is “Religion and Reason”: p.s. Ramirez is steady in any weather – 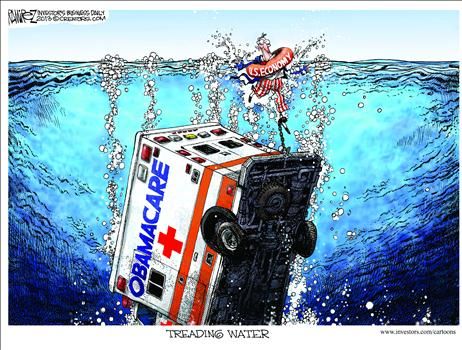 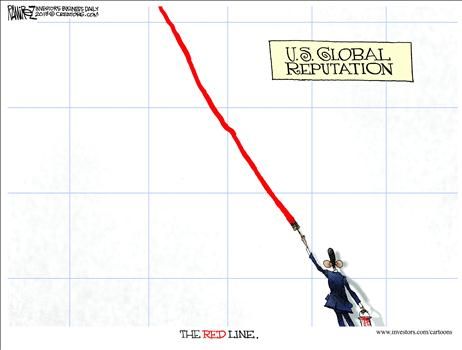 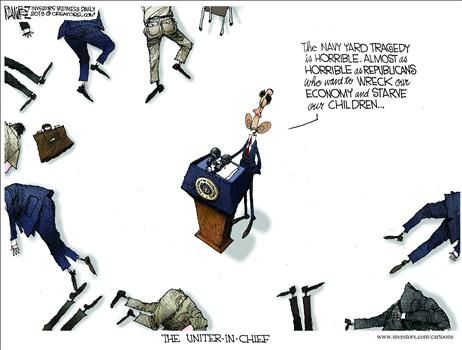 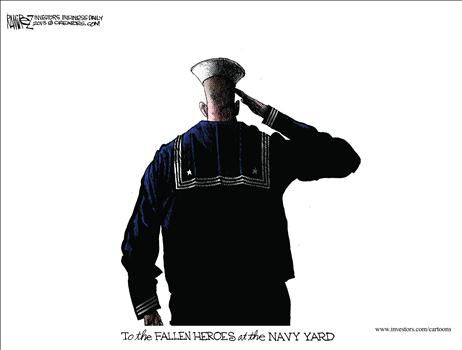 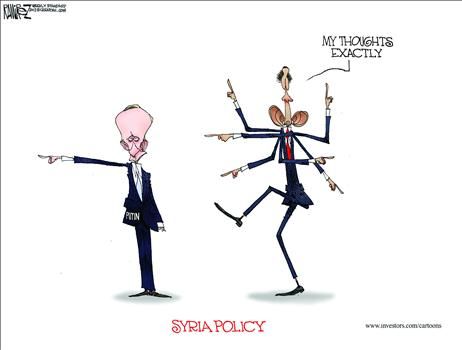 This is the absolute kernel of the matter – 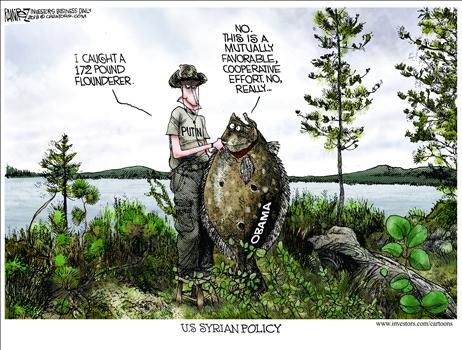 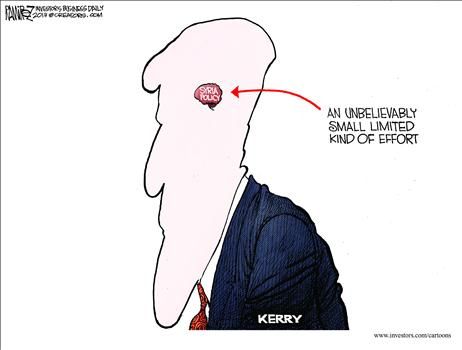 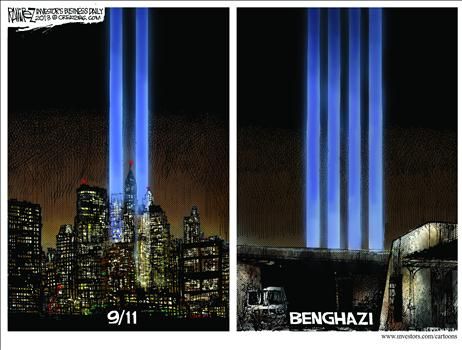