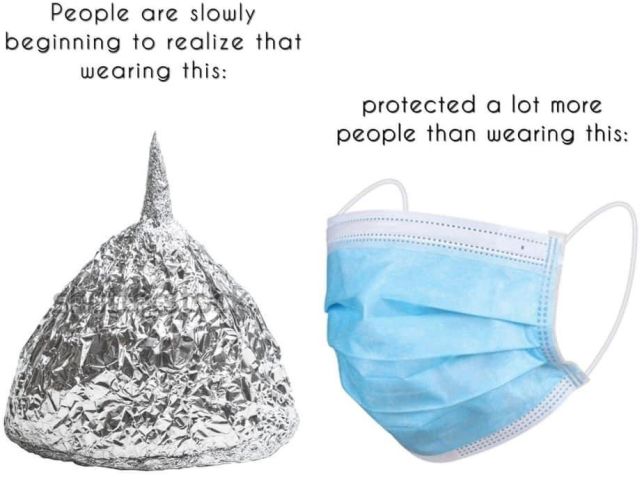 Joe’s Comment – Summer is winding down, although there is still 3+ weeks on the calendar until autumn.  I’ve been working hard and enjoying the weather, trying to store up enough vitamin D and trying to warm my old bones enough to get through another Canadian winter.  Yes, a winter in the Okanagan Valley isn’t exactly 3 months of forty below Fahrenheit like some provinces we know.
But for old guys who have grown allergic to cold and feel offended when the water on the ground gets hard and slippery, Canada is a paradise for less than 4 months of the year.
The above meme about tinfoil hats needs no explanation, so let me be a provocateur to make a point.
The absolute bull shit of the last 2.5 years pushed by big governments, local governments, big and small business, the legal system(s), the policing forces, the financial systems, Big Media, big social media, Big Pharma, government medical systems, your own goddamn doctor, dentist, banker, lawyer, and any assholes who swallowed the fake “pandemic” line, my question to you is “DID YOU LEARN ANYTHING?”.
I have been an angry man most of my adult life.
Not in the sense of fear, but from my perspective that morally just behavior is a last resort for many people who know better.
That ain’t right…..
Is it a coincidence that criminals find Jesus in lockup or on death row?
I’m with Steve Bannon on this point: there are no conspiracies, but there are also no coincidences.
There are three conflicts: man vs the elements (nature), man vs man, and man vs himself.  From my perspective one of them is more tragic than the other two.  More toxic, more deadly, more evil.
Man vs man is an aberration.  The last century bore witness to 100+ million innocent people slaughtered by their own governments according to people who study such things.  There is a line that must not be crossed.
What will this Winter bring?
I’d say I’m prepared and ready, but it would be a lie.

Quick Dick McDick
Not to put too sharp a point on it, but the “specialists” in Ottawa who think they know what is best for the farming community in Canada should shut up, sit down, and watch a few dozen episodes of QDMcD, an organic ambassador (naturally occurring) for Canada and Saskatchewan.
Then, just maybe, they will have an inkling of how sophisticated farming is, who is doing it, and how it provides for everyone who eats.
After that, it is incumbent the political class does the least damage possible with their lust to meddle where they are hopelessly over their heads.
This episode of QDMcD excellence is called “What Is Silage?”.
In Joe and my early days, all this work was done on grandma Winniski’s homestead by hand, with local hired help and family “volunteers”, and if you were better off than most, there were horses and/or tractors to save backs.
At the tail end of this excellent “documentary”, you will see the QDMcD silage team – we counted 8 – celebrating a job well done, Saskatchewan style.
There are many Ub2b channels telling the story of where food comes from.
This is one of the best, out of Tuffnell Saskatchewan:

If you are a human reading this Sunday Rant, do the world a favor and forward the Ub2b channel of Quick Dick McDick to all your “betters” who know so much more than you what is good for you!  Forward this link – https://www.youtube.com/c/QuickDickMcDick
Who is Quick Dick?
Simon Frazer University has a program called “Conversations That Matter”, hosted by Stuart McNish.  In this 2020 video Stuart interviews QDMcD:

Praise for the Unvaccinated
Chris Sky gave a speech in Ottawa during the so-called “pandemic”.
The footage for this video is from that speech.
According to Indianinthemachine, the author of the spoken words is unknown.
Joe and I remain unvaccinated.
We remain healthy.
We haven’t forgotten the crimes perpetrated against “We The People” by the authorities.
We also haven’t forgotten the personal snubs, and the illogical arguments used as proof, nor have we forgotten the lack of rigorous research on the part of most acquaintances, friends, and family.
We haven’t forgotten the betrayal by our personal “medical professionals”.  Our search for a doctor and dentist who have my best interests at heart continues…..
There are many memes, many data points, many researchers, many professionals who warned against the lack of rigor in testing the one size fits all “solution” on the human population.
Many more researchers and professionals who produced real data regarding the efficacy of existing medications “reassigned” as treatments for those who were ill, or as a prophylaxis.
Some of the unvaccinated adopted the title “Pureblood” to describe their COVID vaccine/booster status.
Joe and I don’t use this descriptor.
We were vaccinated decades ago for smallpox, for rabies, for diphtheria, for a plethora of real and imagined threats to public health.
We did what we do, and will continue to do so.
Which is, analyze the information we receive, assess our coordinates in the current environment, and make the best informed choice of paths to take for our self.
To do otherwise would be shirking our personal responsibility to our self, our family, our community.
As Mr. Murikami, our grade 8 science teacher used to say, “Don’t be such a moan baby!”  That was his admonition to those who shirked doing the work of thinking about the problems and puzzles he presented for our soft brains to digest.
We add don’t be lazy.  Don’t rely on others to make decisions that are solely yours to make.  Don’t defer to “authority” unless their direction and instruction is clear, logical, well informed, and non-coercive.  This includes the thug arm of Canadian governance, the Raw Carrots Mashed Potatoes gang (RCMP).
Canada promotes itself as a “Constitutional Democracy” relying on the “Rule of Law” to guide behavior.  Yet, at the first sign of change, all laws are ignored.
A cognitive disconnect at the very least.
Despite our semi-hardcore theoretical Libertarian mind-set, Joe and I see the following video as an endorsement to all who declined the COVID vaccination.
And a vindication.
It is confirmation that your choice, however derived, was the correct path for you.
Nothing more, nothing less.
How patronizing…..
The government has no business telling you what to do in matters of health.
Those decisions are yours alone.
Hopefully you will have adequate and factual data and information to choose your path.
Good luck and doG speed:

Naomi Wolff – COVID Skeptic
Liberal author and well respected lefty no longer has the support of the Far Left.
She is a journalist.
Apparently telling the truth while being a journalist is not reason enough to break step with the Left – she has been highly critical of the government response to COVID-19 – and has suffered for her lack of loyalty.
She has suffered the vitriol, spite, character assassination, scorn, and hissy fits of the berserk hysterical Left Establishment.
Will it be enough for her to cross over to the Right?
Joe doesn’t think so.  She’s lived and been copiously rewarded in her leftist big city cocoon life.
Recently she and her husband left the city to their property in the country.
Perhaps living among the mud peckers and dirt people will help her see clearly:

Health Canada Child Abuse
Joe and I cannot forgive and forget.
Child abuse is unforgivable.
Don’t ever forget.
These assholes must live in a vacuum.
The entire world knows better.
Not the Turdeau government:

Once again, with feeling, we ask…..
What is the acceptable “collateral damage” these Nazi Scientists have in mind?
What is the “Holy Grail” they seek?
Joe and I feel that any answer given will be insufficient.
May they all burn in Hell.

Jordan Peterson on the Prime Minister of Canada
Joe and I honestly feel shame that out of damn near 40 million Canadian citizens, this flaming asshole is our Prime Minister.
It is painful to hear his voice.
It is impossible to understand his platform.
We don’t think he’s out of his mind like the gangster Joe Biden.
We think Mr. Turdeau is evil.  And delusional.
Jordan Peterson shoots from the shoulder without losing his cool.
From Australian news source Sky News:

1928 Studebaker
Joe and I grinned all the way through this video from DeBossGarage.
What an amazing combination of this and that to produce a totally unique machine.
Talk about outside the box.  The man who imagined, planned, designed, scrounged all the parts, and did “97.5%” of the build is a furniture salesman.
His Ub2b channel is called “Snap1843“.
If “cool!” means chilly, Snapper’s Studebaker Commander is liquid nitrogen.
We are gobsmacked!:

Old Smokey
Another video from DebossGarage.
The Pike’s Peak hill climb was run in less than good weather this year.
No new records were set.
The record for diesel powered vehicles was set in 2020 by Old Smokey, a 1950 Ford F1.
Old Smokey didn’t beat it’s existing record this year, but no other diesel did either.
Rich talks to some of the builders of diesel and electric powered vehicles trying to beat the mountain.
Joe says if we were driving that course we’d want a parachute:

DFI (Ducted Fuel Injection)
The optimum output of diesel engines is compromised by the direct relationship of combustion temperature with production of nitrous oxides.
Because nitrous oxides are considered to be a “pollutant” and a “greenhouse gas”, current diesel technology is hampered by regulations restricting NOx emissions.
Otherwise, diesel engines would increase their efficiency by higher boost, higher burn temperatures, and no exhaust gas recycling.
Work being done by Charles Mueller, a combustion scientist at Sandia National Laboratories, using similar technology to Bunsen burners, is claimed to reduce soot production in diesel combustion at lower temperatures.
This will render the current expensive and complex DEF systems unnecessary.
A graphic from the above link – 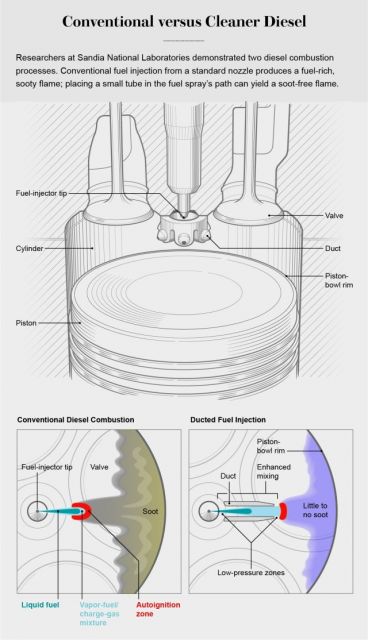 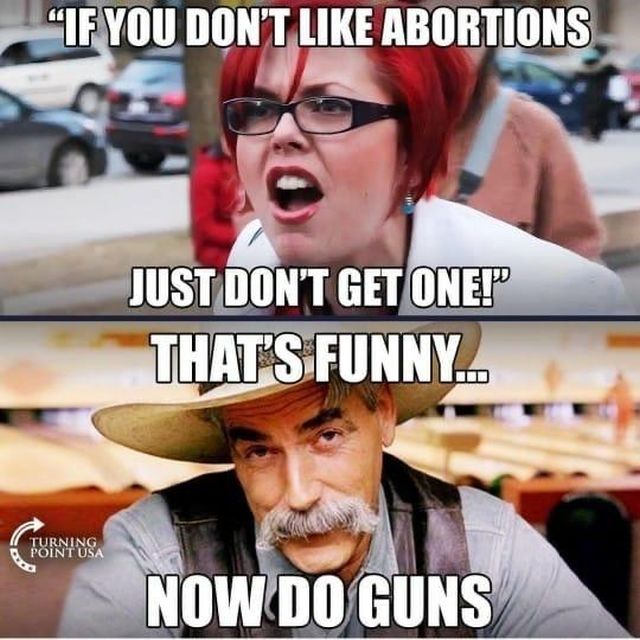 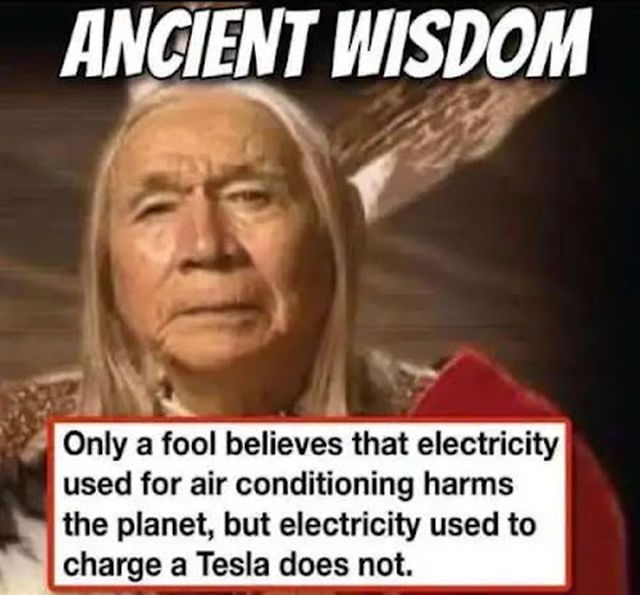 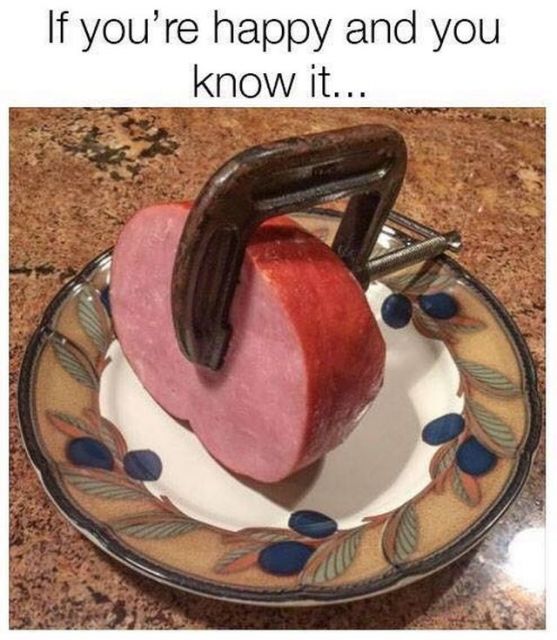 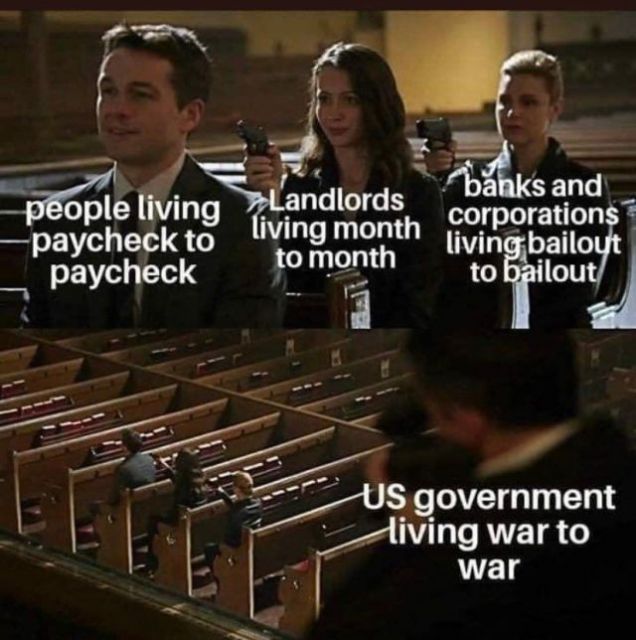 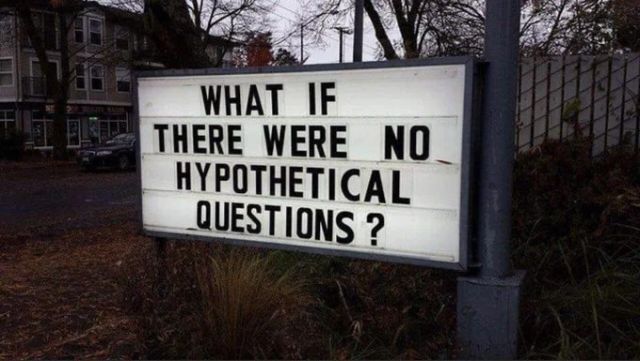 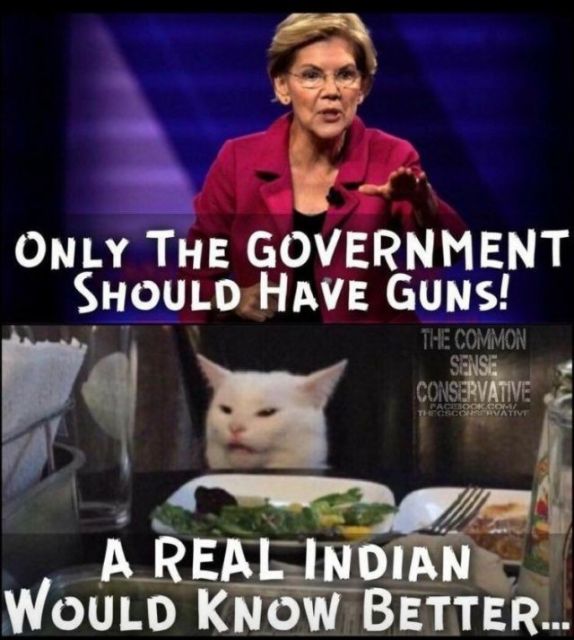 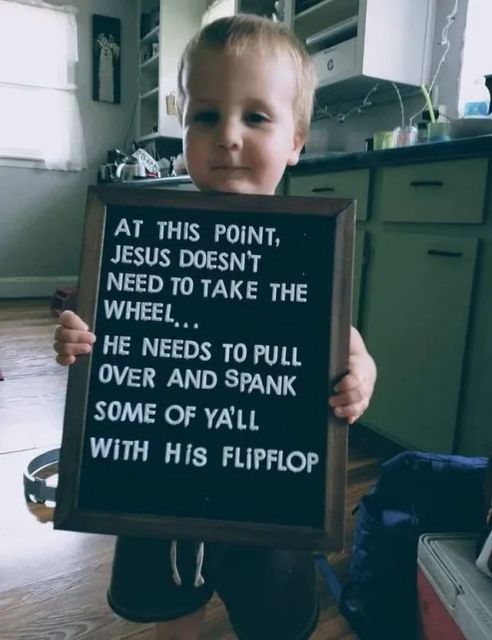 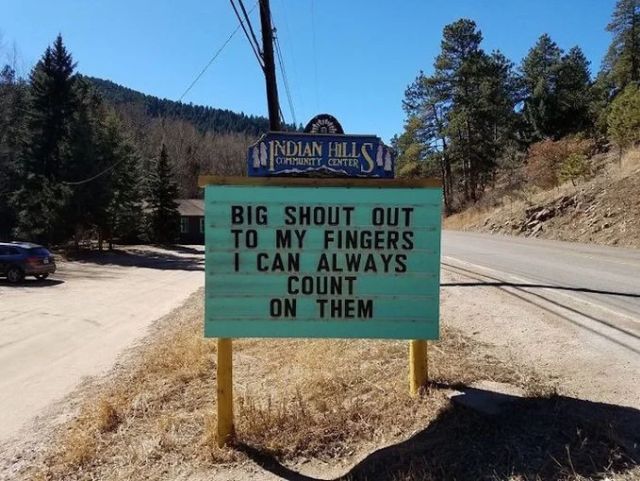 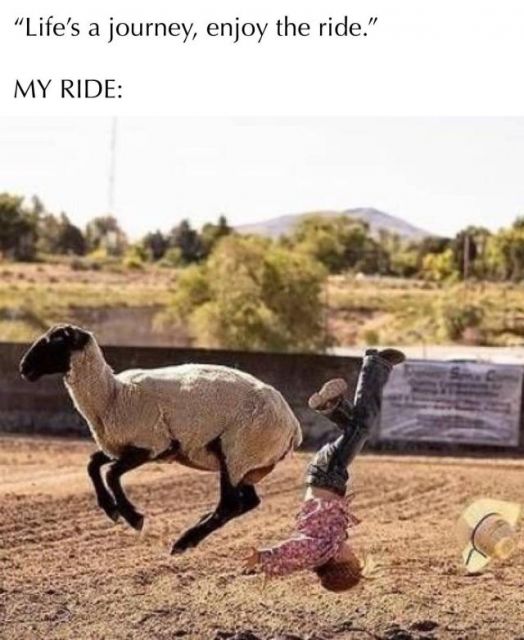 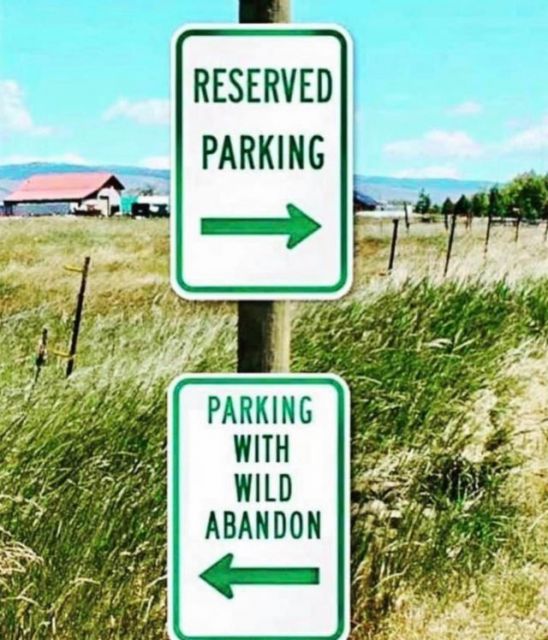 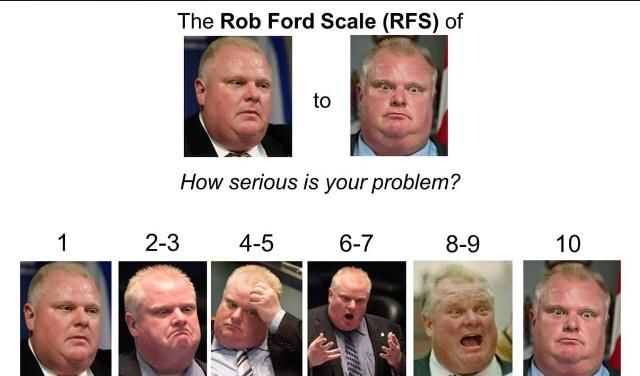 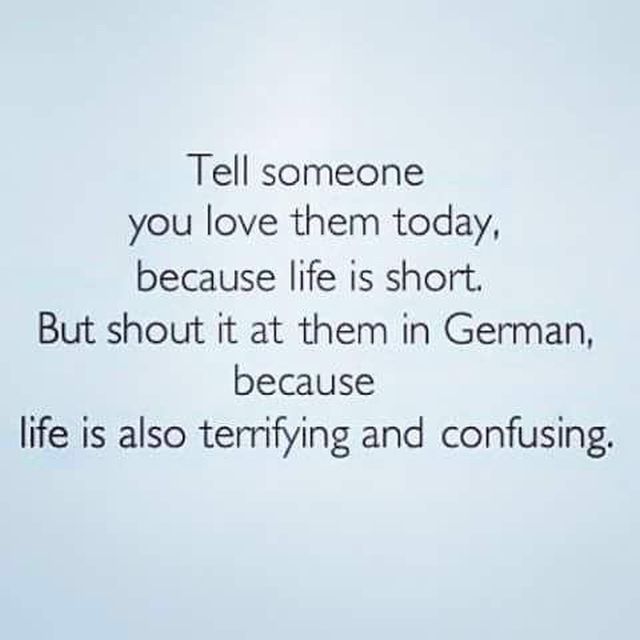 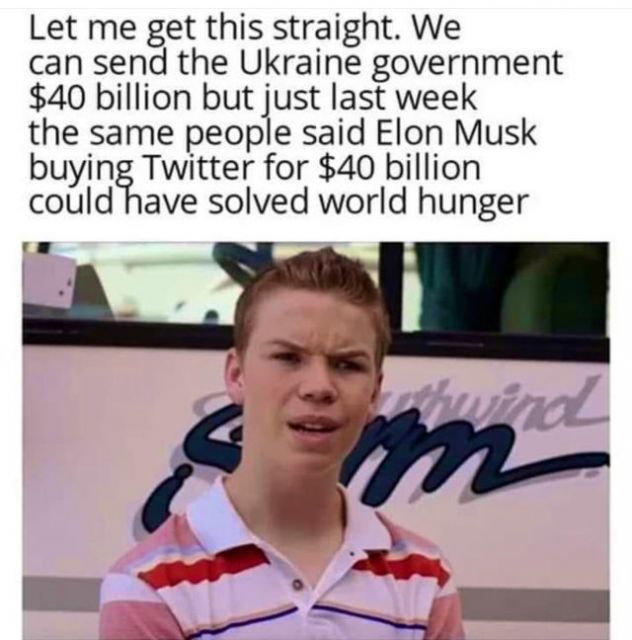 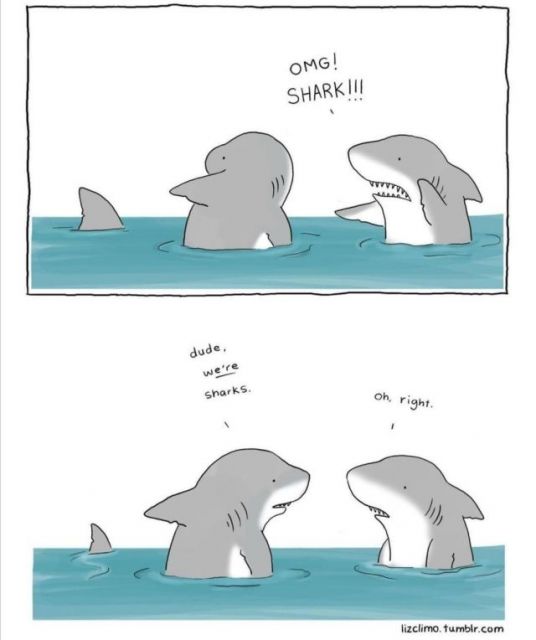 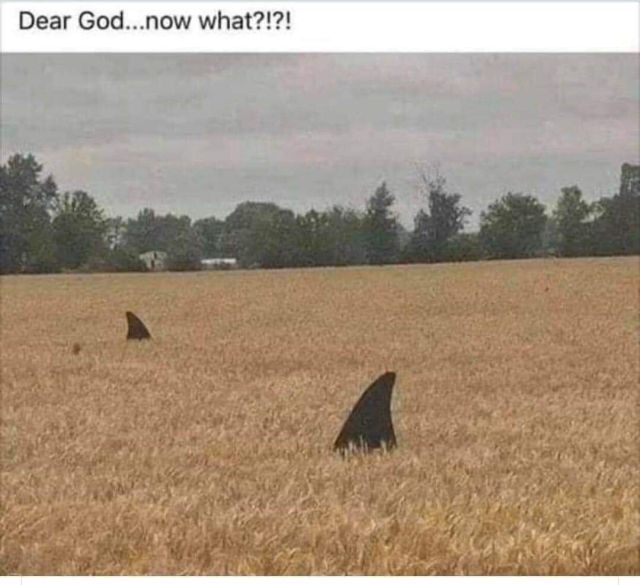 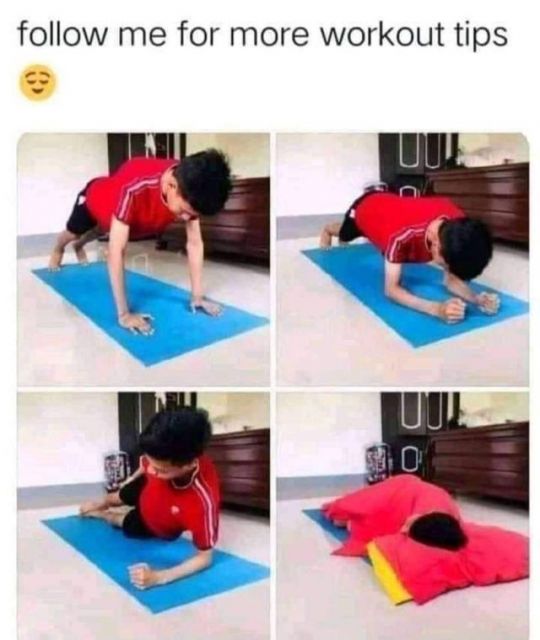 This weeks sermon is delivered by Dr. Victor Davis Hanson, and is a reminder as well as a caution: ignore the lessons of history at your peril.
Joe and I have featured this lecture in a previous Sunday Rant.
We thought it pertinent to view again.
Dr. Hanson is a very knowledgeable speaker who knows military history.
The current lunatic political climate in the world has history: there is nothing new under the sun.
Despite the progress in technology in the past 75 years that has made communication worldwide and instant, our political leaders seem trapped in amber like a prehistoric bug: they cannot seem to stop what is happening as they helplessly (or not….) watch it happen.
The more jaded will say that it is all power and/or money.
Joe and I think there are evil people who have dark intentions.
Enjoy Dr. Hanson’s argument about the importance of understanding World War II and why it matters:

The weather in Vernon BC this week has broken the summer heat.
Wind, heat storms, a couple of nights of rain, and plenty o’ clouds have taken the “caliente” out of our days and nights.
Not autumn weather, but not Summer as Joe and I love it, either.
Unless the doGs of Summer, Aestas (Roman) – 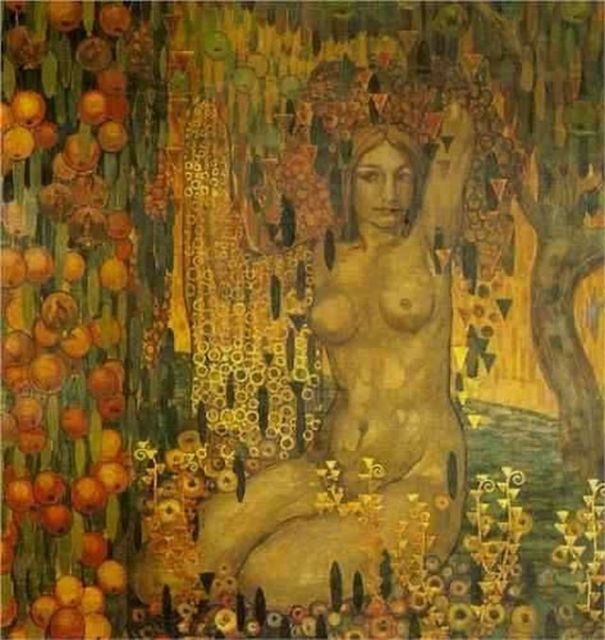 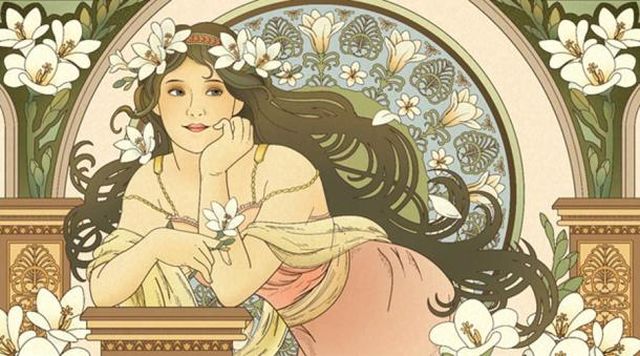 or the myriad of other pagan entities responsible for the best time of year are feeling magnanimous, Joe and I have bid fond farewell to our order of magnitude favorite over the others.
We are grieving, with a good tan….. 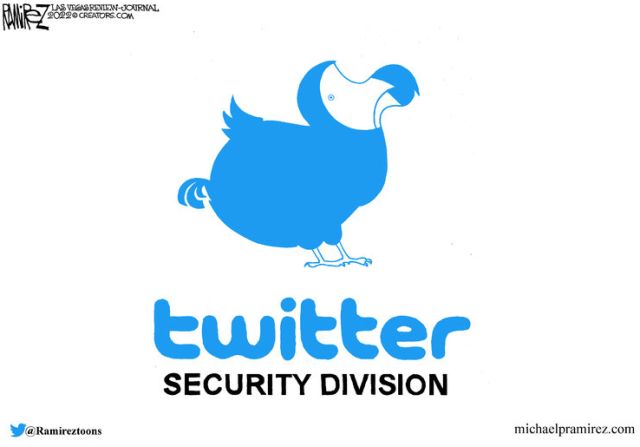 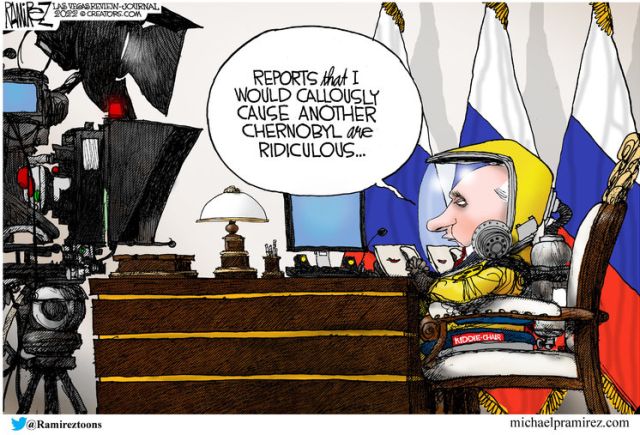 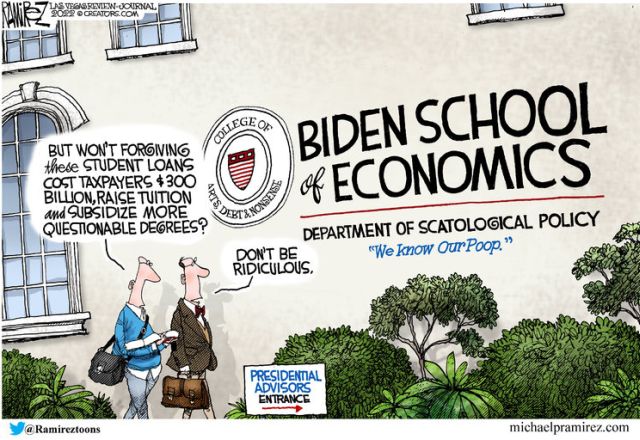 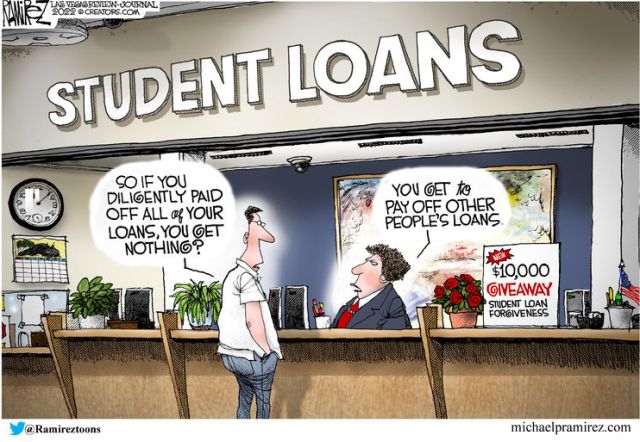 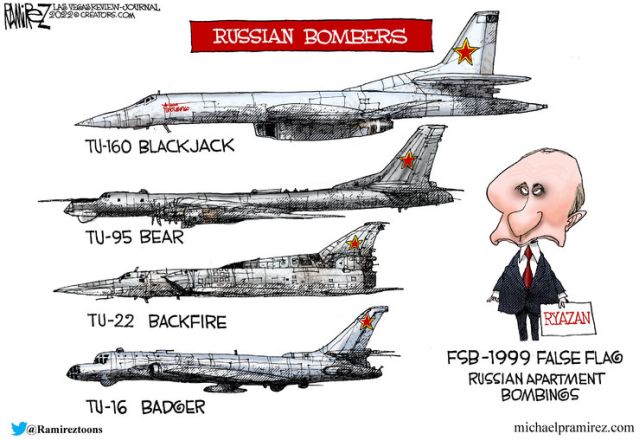