This week I drove(r) east. Way east. New Jersey east. From Lumby to Trenton NJ. Clay at Prairie Equipment has to be the salesman they talk about who sells snow to Eskimos….. If you have a craving for heavy equipment, he’s the man to call. This is my ride – A 58,000 pound beauty. Freightliner chassis, Detroit Diesel DD13 engine, and an 8 speed (actually has 15 total speeds but ya don’t need them all). Elliott 30 ton crane. Yow!

Here’s a short summary of my trip to date (I won’t deliver the truck in Trenton NJ until Monday (tomorrow) morning). – I left Lumby and by the end of the day I’d driven across the border into Washington, traveled to Idaho, and stayed overnight in Wallace, a town from the heydays of mining in the eastern mountains of the state. Beautiful mountain scenery and pristine surroundings. Stopped in Spokane to buy a new laptop (my trusty old HP is 14 years old, running MS XP). The new laptop has MS 8. More on that issue later. Only 763 km. due to border crossing and shopping cutting into daylight hours. I try to finish the day before sunset.

Wednesday (day two) – Left Idaho behind, crossed Montana (the Continental Divide), and stopped in Sheridan, Wyoming. Gotta love Wyoming. Speed limit 80 mph. Construction zones whoa Charlie! to 65 mph. In Canada, it’s almost a “park and walk” moment. Funny, nobody gets killed….. Perhaps the drivers are more alert and well trained. People under 18 years wear a helmet on a motorcycle. Anyone older it’s a personal choice. How civilized. You can’t get a permit via email – you have to be there at the “port of entry”. The smells of the plains / grasses / flowers in the fields the road ran by were spectacular. Best perfume ever. 942 km. traveled.

Thursday (day three) – Left Wyoming for South Dakota. The incredible aroma of the fields around the road are fantastic. If you could bottle this scent, I’d sniff it all day every day. SD continues the tradition of WY in high speed limits, personal liberty. There is a theme developing….. Spent the night in Worthington, Minnesota (a relative of long ago Keith?). 1039 km. this day. 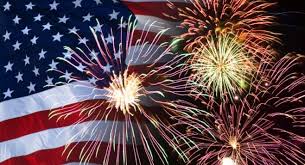 From Minnesota to Indiana in one day. Illinois is a special (short bus) state. At Rockford, the Interstate 90 becomes a “toll” road. My little pea brain thinks (BC experience) OK, a toll road. Limited access, some cost, faster and more secure speed. Not the case. From Rockford to the east side of Chicago the whole f’n toll road is “under construction” and the speed limit is 45 mph. WTF?? They take your $$$ and say “thank you for your patience”?? Wear your helmet. Buckle up. Don’t go fast. Watch out for that axe, Eugene! There is a pattern here. After 7 toll booths and an ever increasing toll, I finally entered Indiana. Thought I was clear….. BUT….. $1000 USD fine for speeding. 8 years in prison for “dangerous driving” (whatever that might be). More evidence of a pattern. Here’s a picture of the Chicago skyline as I thunder along at 45 mph (save me Jesus!) – ​I targeted South Bend Indiana as a stop-over for the night, but forgot to factor Independence Day in the calculus. Alas, no rooms in the entire town! Wandering around in the dark after an 11 hour drive looking for an inn brought me to a lovely town east of South Bend named Mishawaka. The only room available was the premium suite at the top price. Jacuzzi, three rooms, top floor, oooo la la! The Freightliner is a day cab (no sleeper). To continue driving might have been safe, but had I done so and been challenged by “the authorities”, it would have led to the confiscation of the truck and big fines for me. Chose the lesser evil and paid the big bucks to stay. Nice little town, very enjoyable meal (Liz at the Appleby’s across the road). 984 km. on the clock.

Saturday (day five) – Still over 600 miles to go. The US Federal commercial driving rules (simplified) are as follows – maximum 13 hours “on duty” per day, maximum 11 hours driving IF there has been a 30 minute break during the first 8 hours on duty. Otherwise a maximum of 10 hours driving time per day. If you could average 60 mph for 11 hours you’d travel 660 miles. This requires a 12 hour day, minimum (1/2 hr. break, 15 min. pre and post trip check). The Freightliner is governed for a top speed of 110kmh (approx. 68 mph). You might realize this is impossible. If you don’t, yer on a different planet. Anyhow, whatever I drive on Saturday won’t get me to Trenton NJ legally. Left Illinois (didn’t get fined or thrown in jail), and passed through Ohio en-route to Pennsylvania. Stopped at Somerset to overnight. A “dry” state, getting a beer for diner is more complicated. Missed Pittsburgh entirely. Couldn’t see any of the city. No mountains, wimpy hills. It’s like driving through a countryside of giant broccoli – deciduous forest standing 60 to 80 feet tall. As far as you can see – ​
Amazing that the early settlers could find their way. Lots of building materials to hand. Only 250 miles to Trenton! 688 km. was a short and friendly day.

Sunday (day six) – A short haul day that had to be just that. Talked to the customer – he wants delivery Monday morning. Only 250 miles (give or take) to Trenton NJ. What could go wrong? The truck didn’t. She ran strong and flawless all the way, all the do dah day. It was the navigator. Reluctant to work with a GPS, relying on 10 year old Rand McNally data, the path to Aetna Roofing Corp. in Trenton eluded me at first drive by. Almost to Princeton (just north of Trenton), I realized the road I had identified as a signpost no longer existed. Two stops later and a short talk with a black man (no idea where I wanted to go) and an East Indian man (he DID know where I wanted to go) I was on the road to getting where I needed to go. East State Street in Trenton is a “black” community. I saw a few scary goings on, but arrived at the Aetna yard without incident – I have been driving truck long enough to know if you have an opportunity to reconnoiter your destination before the appointed time, better do it. I would have been lost if I had waited ’til Monday morning to find this place. As it is, I found a Howard Johnson motel about 4 miles away, and retraced my path to make sure I know how to get there at 6:30 in the a.m. My West Jet flight leaves Philadelphia at noon on Monday, leaving little time for sight seeing or beer drinking. My new friend Raj at the HoJo gave me the number of Jesse who will pick me up at Aetna 7:30 a.m. in his cab and off to Canada I go. A great early summer adventure. Some of the realities, grim and otherwise:

Lots of time to figure the expenses on the plane, boss, the plane.

What’s happening in Toronto? The Palestinian and Israeli supporters are clashing. Ezra Levant offers his viewpoint:

The West had a chance to bottle this BullShit in the Middle East. Unfortunately, the politics of the left held sway…..

The clown in the White House and his cronies can’t stop providing grist for the plethora of mills anxious to grind their bones. The latest giant CF involving Central American children at the California, Arizona, and Texas borders is enough to infuriate even the lefties. Information is leaking that this is a GOVERNMENT instigated fiasco. Information is also emerging that the children want to go home to their parents – back home from whence they came. Those accompanying them are not their parents! Impeach the bastards!

The United States cannot absorb all the world’s poor and disenfranchised. What can possibly be the motivation behind telling these people if they can only set foot in the USA their problems will be solved?

How can the “President” talk about the best and brightest in referring to these unfortunates? Why would he endorse raping these poor countries of their “best and brightest” in the first place?

Citizens of the world, fix yerselves, then fix yer own countries. Keep your “best and brightest” home. You’ll need them. 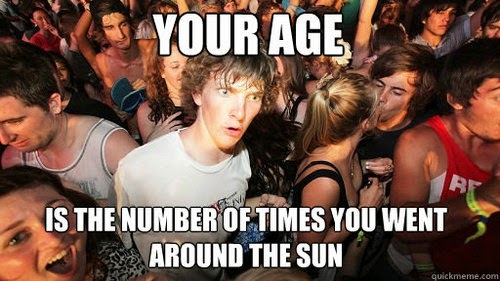 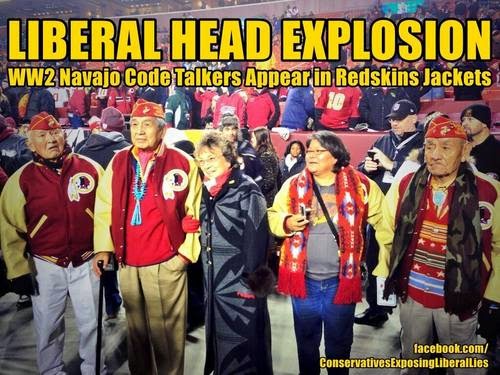 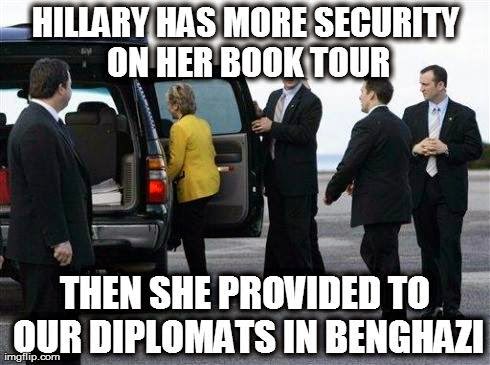 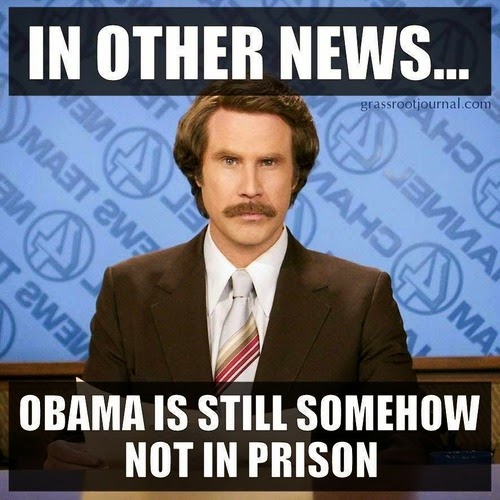 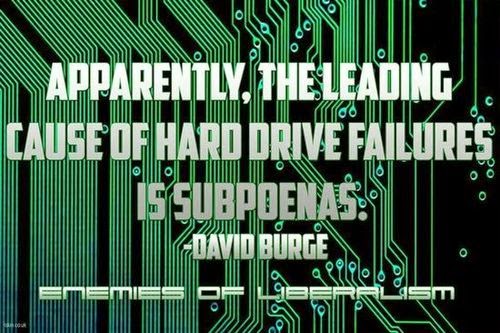 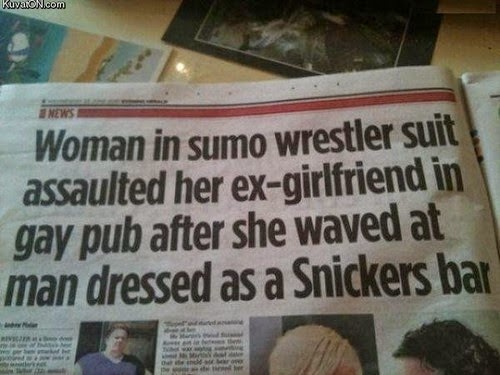 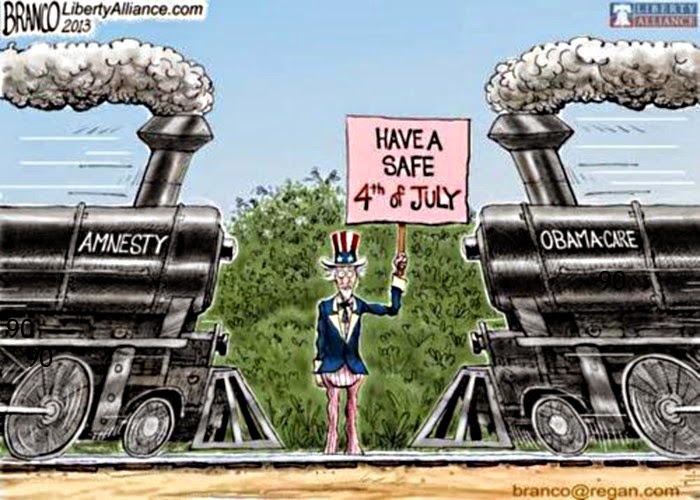 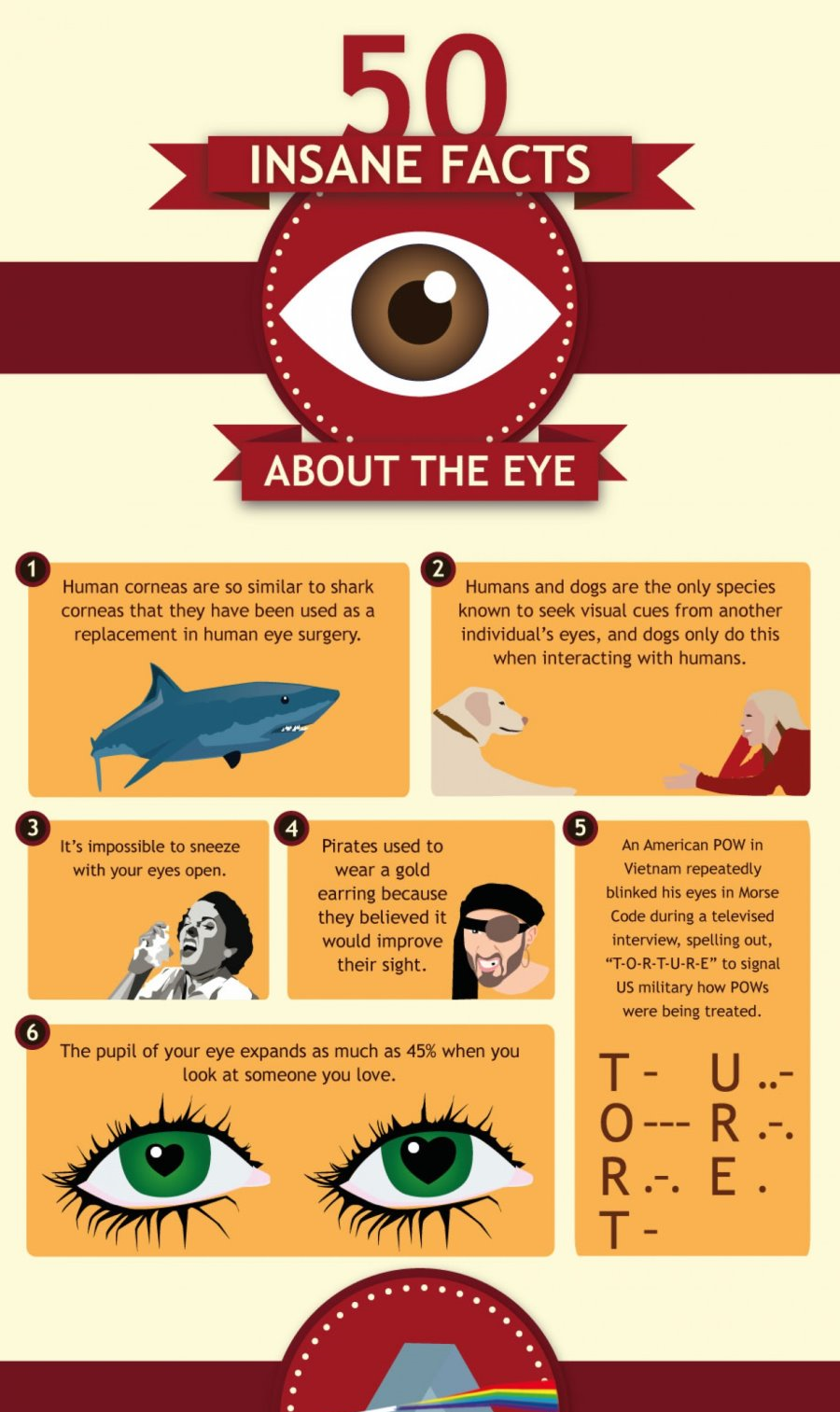 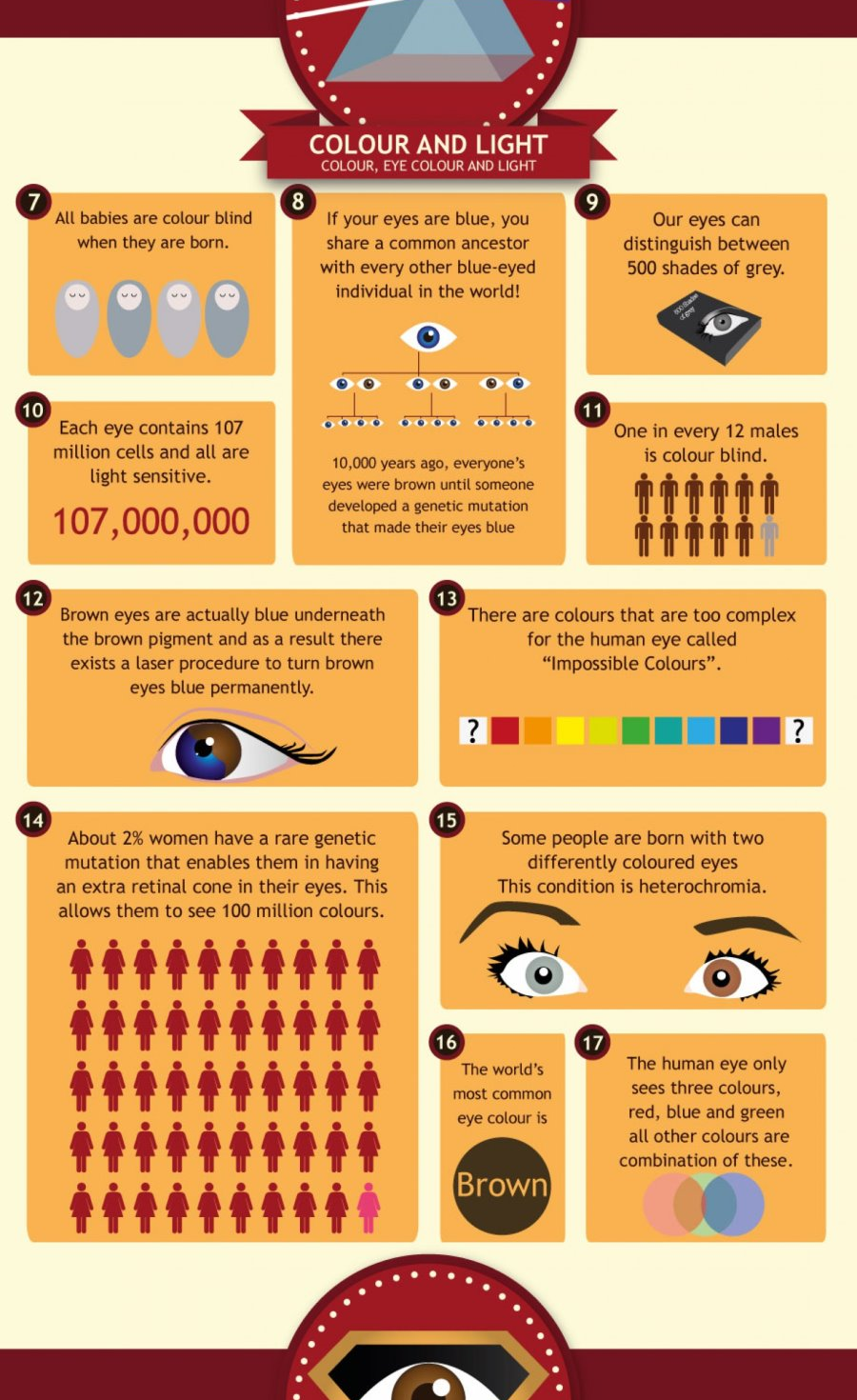 Brigitte Gabriel words of wisdom that cross all politically correct wires with the facts:

The peaceful majority is irrelevant. True words spoken with passion. This is mandatory viewing!

Nicholas Humphrey explores the question “What Shall We Tell the Children?” in this 2011 Oxford Amnesty Lecture:

This very question has been burning me up for dozens of years. What possible good comes from frightening children? When frightened children grow to maturity, what sort of persons do they become? Are frightened people easier to control? Easier to frighten? More gullible? Just stop. No foolin’.

Lots of sun for me all week. Temperatures in the high ’80’s more than not. Clear sunny skies. I came to America for the weather! p.s. Ramirez is hot all year ’round –