Joe’s  Comment – Every now and then, when I least expect it, the fog dissipates, the focus intensifies, the objective is real, attainable, finite.
Then I take another breath………….

Joe and I in recent years have felt somewhat despondent with the lack of fortitude and vision of political elites in the Western world.
We admit to the following: confusion, anger, fear, disorientation, resignation (to a small degree).
Sounds like Madam Kubler-Ross and the five stages of grief.
In the last year there have been faint echoes of feet marching in unison.  The groundswell of support for the populist Donald J. Trump, and “redder than a beet” Bernie Sanders is NOT an anomaly, nor is it an unforeseen event in political history (think French Revolution circa 1790).  Just how long and how far can you push the “governed” before they pay enough attention to do something about it?
Joe and I find this refreshing, and a testimony to the veracity of the first phrase of the Declaration of Independence – “We the People”. Joe and I will bet that one year from now, the stampede to leave the EU will include every member that has a hope in balancing their budget. Who Dat?
In the immortal words of Sam the Sham (and the Pharohs)
Who’s that I see walking in these woods?
Why, it’s little Red Riding Hood!”
A song of seduction and veiled sexual innuendo:

Unfortunately, the “migrants” to Europe from all over Africa have something in mind a little more deceitful than misleading innocent “Little Red European Union” into illicit carnal activity.
Joe says revise the moniker to “invaders“, remove the politically correct welcome mat from the Mediterranean nations, and batten the hatches, for there is a shit-storm of imminent unintended consequences gaining momentum, impossible to reverse.
Douglas Murray represents the “Voices of Reason” in this short presentation “Is Europe doomed by invaders?”.
Watch, think, make a conclusion:

Hillary
Jeff Dunham has an opinion!

Dunham Diplomacy
Joe and I were not aware of the international fame of Jeff Dunham.  Or should we say Achmed the Terrorist!
The following video gives us pause to reflect on the true nature of diplomacy.
We watched the video because we are fans.
We gained immense respect because Jeff, Bubba, Peanut, Walter, Achmed, and a rare, first appearance of Jacques Merde, French terrorist, showed us that humour is a universal human trait.
And that Jeff Dunham & Co. are brave, brave enough to side-step the theocratical dictate of conformity in hostile cultural surroundings.
Check in at 1:10:00 of the video to see how responsive his fans are to the back-assward laws of Muslim Malaysia and how he circumvents the political pressure.
An underground communication between America the free and the rest.
Worth the time invested:

Bernie Math
Bill Whittle, as always, connects A to C via B (for Bernie).  Commie times:

Venezuela
How is it possible that such an energy rich country can be so impoverished people cannot obtain “daily bread”?
Riots over food in a country that once was net positive in basic food production.
People are dying.
The government is using the military to keep “order”.
Why is this happening?
The short answer is socialism.
The complex answer is national IQ.
Why is it the non-English speaking countries of the Americas are shit holes?
Joe and I will leave all y’all to contemplate that puzzler.
We will say that it can happen here.
All it will take is a government that thinks it knows better than you how to live your life. A law enforcement representative who speaks truth.
This is Sheriff Wayne Ivy from Brevard County, Florida:

This point is what assholes like Barrack Obama don’t acknowledge (as they saunter around with 15 person security details).
The safety of self is paramount to survival.  There ain’t no “second chance”.  No try again.
One ticket, one trip.
It is as enunciated in the Declaration, an “inalienable right”, and a quick Google search gives the following explanation –
“Natural rights are those that are not dependent on the laws, customs, or beliefs of any particular culture or government, and therefore universal and inalienable (i.e., rights that cannot be repealed or restrained by human laws). The concept of natural law is closely related to the concept of natural rights.” This week, Bob G. sent a short video clip about Donald Trump and the American presidential election.
The first few minutes of the video was a segment of an interview with Dan Pena – the 50 Billion Dollar Man.
Joe and I were struck with some force by his words, his body language, his attitude.
Here is the entire interview by Brian Rose of LondonReal, about Dan Pena (not Donald Trump):

There is a consistency of perspective between this man and “The Donald”.
Is it the $$$?
Is it mind-set?
Is it evolution?
An interesting video…….

This week in Vernon was dull, cloudy, rainy, and cool all week until Friday late afternoon.
The weekend has been fabulous.
The hot April followed by a cool, rainy May and early June has provided us with unlimited wasps, hornets, and earwigs.
If you’ve ever seen our yard, you’ll understand that a can of insect spray is a recommended accessory when opening hoods, trunks, cabin doors, and fuel doors.
Not quite as established or entrenched as the following: 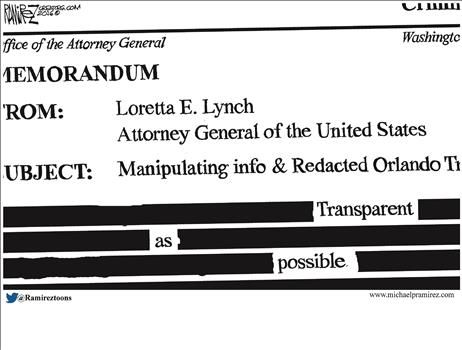