A beautiful city in peril. Worst flooding since 2005 and 1995. Fearsome pictures, worse reality. Downtown completely flooded. No (or little) crime being reported. This AIN’T New Orleans……

So far, no reports of friends or family drastically affected. The vagaries of life on planet earth renders risk mitigation theoretical once in a while.

Calgarians are tough and able. They’ll be back on track as quickly as possible – probably faster than anywhere else in the world.

We’ll discuss building on a flood plain some other time…..

Rosie the Riveter is dead….. As is often the case, the icon and legend is way different than the reality. Nice pipes tho’.

Drinking with Bob sums up the Obama-man quite succinctly:

What Bob and millions of others have not calculated on is the massive swing in demographics the U.S. has and is experiencing. The old school precepts of right and wrong are not the foundations of society……

The greenies at the EPA and in California have shut down a Vernon California lead recycling plant. Exide batteries is seeking chapter 11 protection:

Our civilization and western way of life depends on energy. Forcing closures instead of finding solutions is harsh. The plant has been operating since the ’80’s. Exide deserves to fail if the toxic effluents from their process cannot be safely managed and neutered. Does this mean the Chinese will sell more batteries? Do THEY have EPA standards in China? Stay alert chilluns!

The position taken by the Obambi administration was to put a damper on the energy sector. Specifically, coal, oil and gas, nuclear, and hydro-electric dams. They have succeeded. One of the instruments they used was the EPA with jacked-up mandates (declaring CO2 a “dangerous substance” was one approach). Here is a synopsis of the effect on coal, oil, and gas production:

Without energy (especially in seasonal extremes such as “Winter”), the quality of life and civilized behavior suffers. Not rocket science. Thorium reactors to the rescue, please!

China has been identified as a “cyberwar” enemy to the West. Edward Snowden’s “leaked information” condemns the NSA. Another revelation is that the U.S. has been guilty of engaging in developing a “cyberwar” machine. An article (definitely left leaning) about the same:

I hate picking sides in emotional disputes. If druthers were druthers. With the recent revelations about the current administration’s sneakyness, and the history that is theirs, I’m not too keen on picking a side……….

The ChiComs are scary. The U.S. is scary, too. How about Canadian cyberwarriors???

It is a toss-up as to who is worse – Eric Holder or Barrack Obama. Judge Jeanine Pirro lays out the case for indicting the most pathetic Attorney General in living memory:

Detroit city is in ruins. A very frightening article about the decline and decay of what once was the 4th largest city in America, with the highest average income:

Is it the fault of a never ending stream of corrupt Democrat city administrators? Is it because the white and black middle class abandoned the city for the suburbs? Is it because the powerful unions made it untenable economically? Whatever the cause, Detroit is now officially a third world shithole (in Joe Mekanic’s lexicon). Oh! the humanity……….. More astounding, brutal facts here:

Margaret Thatcher said: “The problem with socialism is that you eventually run out of other peoples’ money“. My favorite fact in the above article is number 12: If you can believe it, $10,000 from the federal government was actually used to purchase talking urinal cakes up in Michigan. I’d like to know what the urinal cakes had to say. Check out the link – it goes to a 202 page document (Waste Book – 2012) listing government mismanagement of taxpayer $$$…… Depressing, unless one can get a government grant to do some of these zany things. On second thought, I don’t think I’d like to know what a urinal cake has to say. I might not approve……… The Waste Book is worth skimming through. I wonder who is doing the same regarding the Canadian government? Let’s see……….

The above picture is of Jay Carney, the Obambi administration’s White House Press Secretary. He is a shitweasel of the highest order. Here is some analysis of his stonewalling, garble-ated, double-speaking, outright lying past performances:

I suppose he will end up doing comedy. It will be hard to top the hilarity of his current gig…..

The immigration debate rages on in the U.S. Canada also has immigration problems. Are the correct ideas being argued? An article worth reading again about getting the politics out of immigration policy:

I don’t like wind turbines that are cropping up at alarming rates across the land. Why not like them? Wrong technology. Extremely expensive. Danger to people and wildlife. Noise and sight pollution. A Sun TV article:

I’m a Rex Murphy fan. His views and opinions are always thoughtful. His greatest attribute is combining words in sentences that would choke a mere mortal. Yet he manages to eruct his erudite epistles with mind-boggling sincerity and arm gesticulation, if not clarity. A role model, so to speak. Here he is on the Berlin speech recently given by Barrack Obama:

I would use the term “charlatan”, not “ordinary”. Otherwise, great quasi-diatribe Mr. Murphy.

The Shiny Pony® keeps jumping back and forth from the frying pan to the fire. Is there a politician that actually puts their mind in gear before they put their mouth in motion? If there is, it isn’t Mrs. Trudeau’s little angel:

When you read articles such as the following about the “Quebec Language Police”, it is difficult to believe that they are rational human beings. A yogurt spoon? $30,000 Cdn fine? WTF: The above cartoon says it quite well. In the OQLF offices, they probably speak like everyone else…… An older but revealing article on the same subject: “My name is Paul Weston and I am a racist”:

I follow and agree with his prime argument until he starts bashing Tony Blair. Not that I’m a fan of Mr. Blair (quite a ways from it, although he is an eloquent and talented speaker). Mr. Weston’s passionate disabuse of Mr. Blair dilutes the focus of his main points.

“The reason for the problem of terrorism is a seven letter word”….. An intriguing lecture by Dr. Jonathan Matusitz entitled “How Culture Shapes Terrorism”. The introduction by Rep. Sandy Adams is very good, too:

The same video of Dr. Matusitz (minus the Ms. Adams intro.) is posted on an Islamic website with the title “University of Central Florida Professor Spews Anti-Islam Hate”. Presentation influences the attitude of the listener….

Jumping to conclusions can sometimes be very embarrassing. If you are capable of being embarrassed…..:

Them thar propellers makes for some gud $$$. That’s wut they tol me….:

Another article linked in the above article regarding GMO (genetically modified organism) foods. Apparently the tinfoil hat crowd is spreading misinformation in the guise of “scientific study” results:

Lord, please help me communicate with the wack-jobs of the world. Listen up, wack-job! When your mother and father made you, they were voluntarily (unless they are Muslim) creating a genetically modified organism called YOU! That is the nature of natural reproduction. To use science in order to try and determine the outcome BEFORE conception / fertilization is all the guilty are are guilty of doing. Try and tell me your mom and dad didn’t have an idea of the “perfect you” or the “perfect mate” for you….. they just didn’t have the science to reduce the risk (I’ve heard of people with extra toes and fingers and nipples too!). This is what happens naturally – Not saying that I wouldn’t want eight toes on each foot, or six fingers and no thumb. Maybe three eyes would be a benefit. Who am I to judge? (Well, I’m me, that’s who. I and everyone else, make judgements all de do da day).

Real problems like cleft palate or Siamese twinning, or cancer at 1 year of age, or defective hearts and other internal organs are a different story. Telling me that eating a slice of bread made with GMO wheat is dangerous is ludicrous. Let the scientists do science. One of the greatest adventures humankind has ever embarked on is the discovery of HOW things are, and HOW they work. WHY is NOT the answer science provides.

English is a marvelous language. It’s roots and development are a lifetime study for academics. Here is a list of words that escaped the “scrap pile” of history:

ATTACK OF THE NERDS

Self explanatory payment with awesome memo – I have an intense love of cartoons and cartooning. My workshops are full of cartoons. Why? An appropriate cartoon is powerful, humorous, graphic, and if I’ve done it right, memorable. The two cartoons below illustrate the largest obstacles an instructor / facilitator must overcome in their clients – Today I “discovered” a website that underscores and validates my gut feeling about cartooning as a powerful medium to alter behavior. The people at GapingVoid have made it their business:

Good stuff! I’ll have to try and draw a cartoon myself……..

Political cartoons are wonderful. My cartooning hero is Ramirez. The following cartoons from Mr. Ramirez and others exemplify how effective a one frame cartoon can convey an idea (whether valid or not……) – 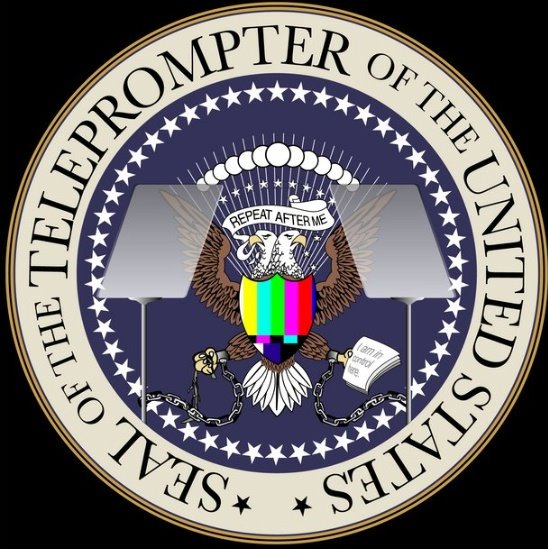 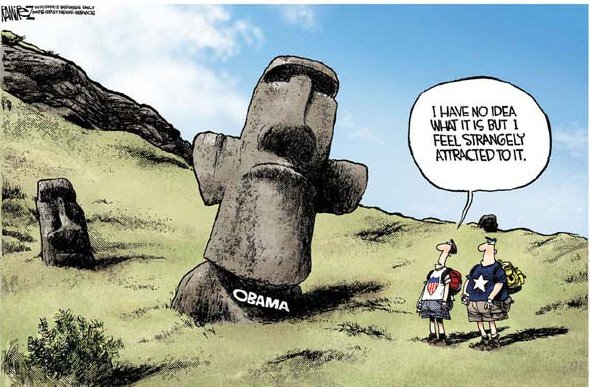 Focus on Calgary Alberta. Prayer will work to help concentrate on rebuilding…… 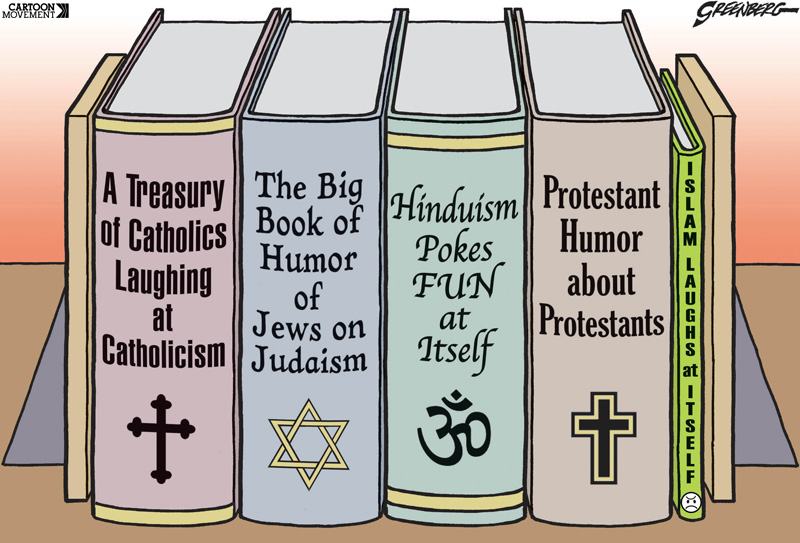 For all my friends and family in Calgary, and all the good people there I haven’t met, remember Mazlow’s Hierarchy. It is a state of mind –

It’s been raining so much I’ve got rice paddies in the back yard. Standing water everywhere….. I need a cheer-up, because no sun for a week can get on yer nerves. What better way than Kathleen Madigan to bring some chuckle? One of the best comedians ever….. 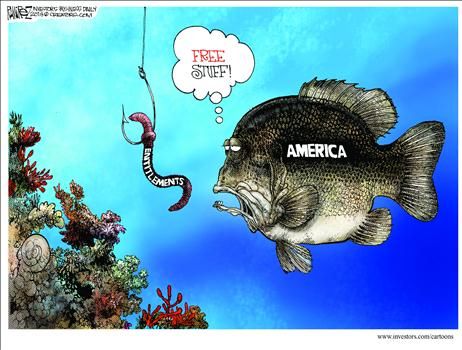 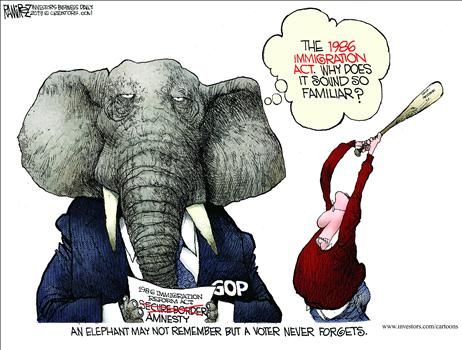 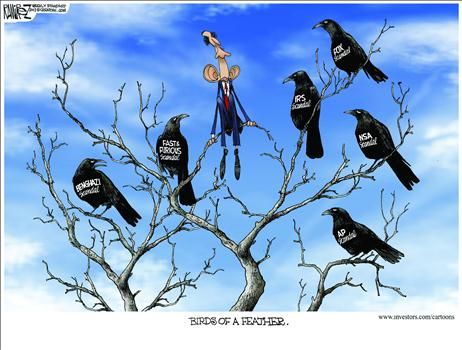