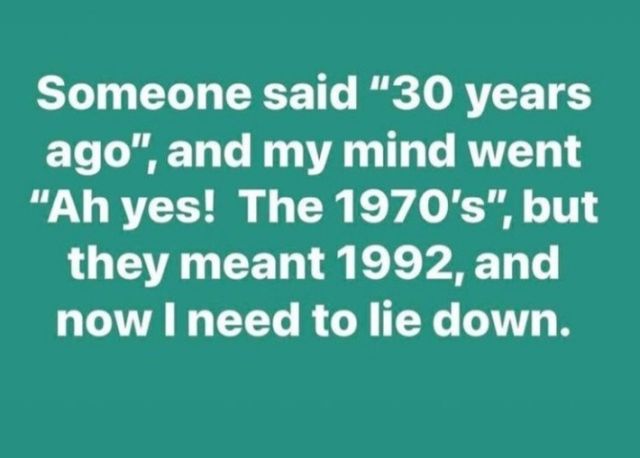 Joe’s Comment – This week has been challenging.  Like the meme above intimates, my time checks have been unsettling.  The upcoming recession/depression/stagflation/hard times isn’t the issue, it’s just a pain in the ass.
I’ve been through 3 financial train wrecks in my short time on Earth.  The prospect of “losing everything” once again isn’t daunting.  It is ho-hum, whatever.
Why?
Because experience, rote, age, friends, family, acquaintances, ability, some knowledge, and a wee bit of wisdom.
Wisdom has to compensate for any shortcomings.
Shortcomings in the sense that I remember being very able, very able bodied, and full of piss and vinegar (whatever that is supposed to imply).
Had I been born with my current abilities and had not changed, it wouldn’t be a distraction or perceived shortcoming.
As Dave has long stated, you are your best friend and your worst enemy.
I reckon that is a statement of attitude. 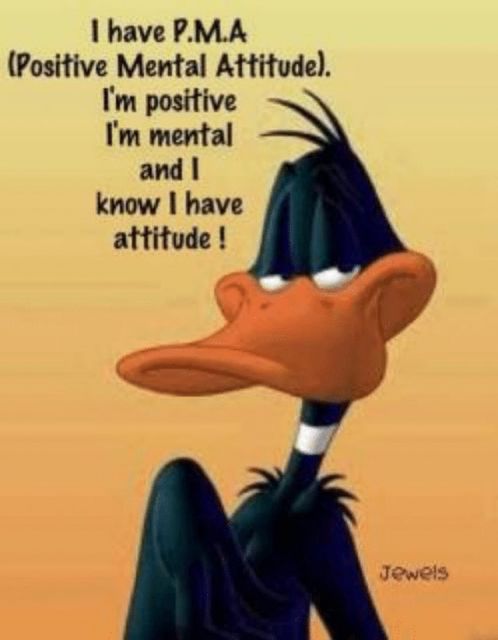 I have attitude.  Maybe it is dated.  Maybe it is time for modification.  Maybe an attitude adjustment.  Maybe my attitude is just fine as it is.  My approach to attitude is as follows: does it prohibit your progress in Life?  If so – 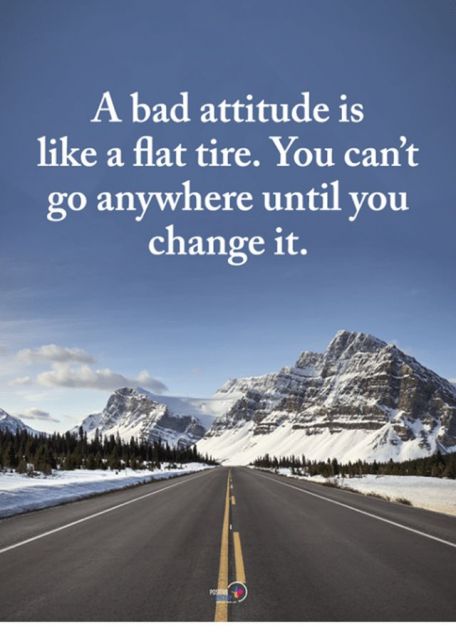 Time and experience will tell.
What pisses me off is lying.  Lies with lies compounded by lies on top of lies.
Lies about the facts.  Lies of omission.  Lies of misdirection.  A ton of lies that are carefully obfuscated as facts.  Perfect straw man proofs.  Here’s a fine example – 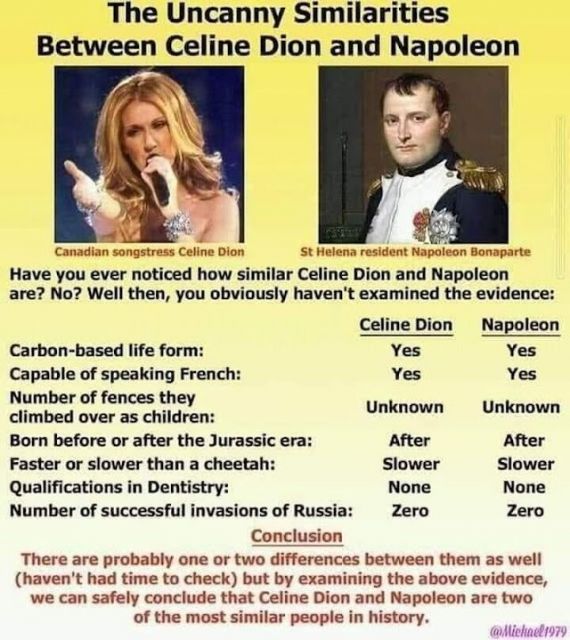 As you can surmise, all the above truths are a pack of lies!
Lies about COVID.  Lies about protests.  Lies about the Holy Grail of the Left – the gosh darn Climate – with a special mention of Canada’s mentally inept Prime Minister.  You can’t change it, you don’t know when it was perfect, but you gotta stop humans from being human.  Lies about Canada’s government run medical establishment.  Lies about science.  Lies from politicians so brash, so bold, so outrageous, so costly in blood and treasure, that you contemplate moving to the bush. 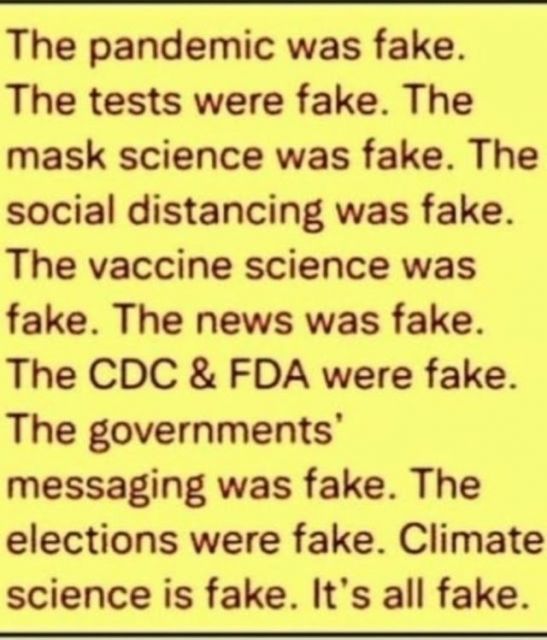 Perhaps my touchiness is a product of the weather and age and current events.
No matter.
As Gloria Gaynor most ably proclaimed, I Will Survive:

As did Donna Summer:

Fine role models for a senior citizen.
My advice?
Think and plan to survive.  Despite the government, the medical community, the financial community, and any other cohorts comprising more than one, the person responsible for you is….. you! – 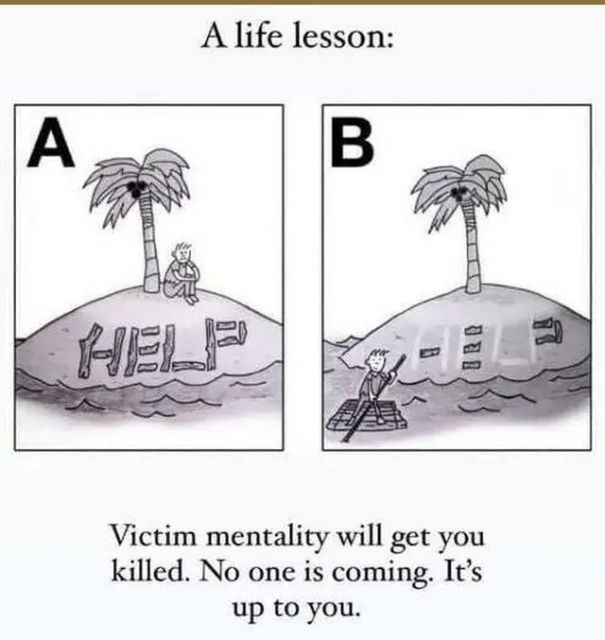 Nyctalopia
What a word!
Joe and I receive daily word challenges and quizzes (usually more than two a day) from “Word Genius“, somehow related to Dictionary.com.
One of the words that came today (Tuesday) is “nyctalopia“.
Nyctalopia: 1. The inability to see in dim light or at night. Also called night blindness.
Joe and I have replaced writing on paper with pen or pencil almost entirely in our daily life.  Joe suspects that the simple act of writing in cursive or printing is strongly related to spelling (and grammar, too), for we seem to misspell frequently.  Memory by rote  was the norm way way back when we attended grade school.  Typing on a keyboard doesn’t have the same affect for us.
We also spend from 4 to ∞ hours reading off an LCD screen.  Hard on eyes.
We experience nyctalopia but it could be from getting old(er).
In daylight, we have trouble seeing into shadow or shade areas.
It is an inability to see contrast, a problem with granularity.
What in the world are our rods and cones up to?
Our thinking about politics is somewhat nyctalopian.
Time to coin the word – politalopian.
The too often jackassian antics of our fearless “leaders” leaves Joe and me gobsmacked.  We didn’t see it coming, we didn’t suspect it, but here it is, complete insanity for all to see (thank you Ms. E. Thrasher).
Like making it nigh impossible for Canadians to buy a handgun, because the sellers of handguns cannot sell or buy them!
Jesus H. Crackers Mr. Castreau!
Some fuckwit in Crazyfornia or Texass shoots up the townsfolk and suddenly Canadians are busting at the seams in their haste to go rogue.
Or so our coward PM, surrounded by armed men for protection 24 – 7 seems to fear.  We would have said armed personnel but we haven’t seen any female security around Chief Rainbow Socks.  What about “equity” Mr. Fair and Balanced?
William S. Burroughs had it spot on –

And so did George Washington – 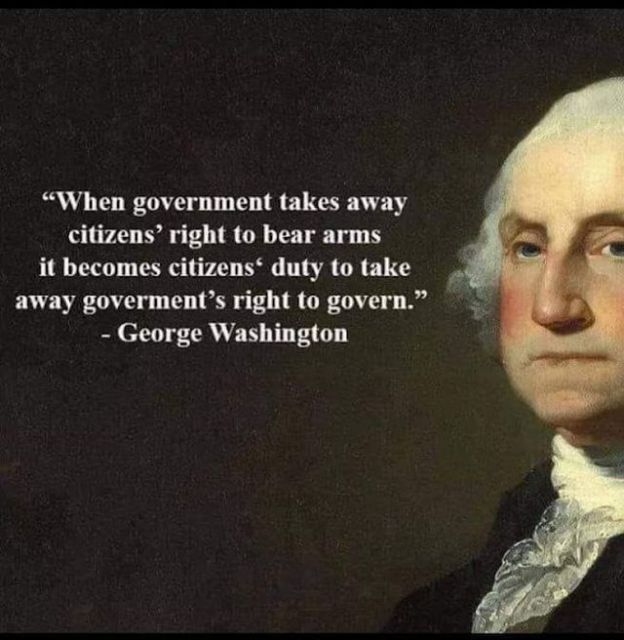 Out and about today, I heard some local boys mention that Del, the owner of Del Selin Gunsmith Gun Shop here in Vernon, is sold out of handguns.
Del had his best years ever during the COVID hysteria.
So the story is told.
My favorite on-line store, Firearms Outlet Canada, announced they were out of stock of every one of their 395 types of handguns two days after Turdeau made his smirky butt-faced announcement.
Today Firearms Outlet Canada emailed to say they have re-stocked many handguns – come and get it!
Joe and I shake our head in disbelief.
The current government has no fucking idea what the average Canadian Mud Pecker thinks or does or believes.
A fearless leader whose party garnered only 32% of the popular vote is convinced he represents all Canadians.
Joe and I beg to differ.
His party represents 32% of all Canadians.
The rest of us look on with absolute horror and disbelief.
doG better help us, because we seem helpless to help ourselves.
Joe says what we need is MORE democracy, so the numbskulls, the lazy, and nitwits can vote more treats, more favors, more privilege for themselves.
Joe is a jokester, da?
More Democracy = the death of freedom.
Democracy = mob rule at its best.
When 50.00001% tell the other 49.99999% how to live.
Special rules for Canada is when 32% tell 68% where the bear shit in the buckwheat.
Joe and I have a joint wish.  We wish the ninnies who comprise the government at all levels would do only that which they are elected to do.
We’ll have a nice glass of unicorn milk to go with our fantasy cookies…..

Jordan Peterson Says a Bad Word
We just love when JP talks to daughter MP about current events.
The good doctor can’t say anything whatsoever that doesn’t irritate the colon of some segment of the Leftist population.
In this short excerpt from MP’s upcoming podcast release, they discuss the Sports Illustrated swimsuit edition for 2022.
Mr. Peterson says what was on his mind when he critiqued the model on the front page.  Seems the busy bees on the Left clutched their pearls, wrung their hands, and crapped their panties.
Joe says good for them!
I say good for JP.
Common sense is no longer admirable or admissible or common, it seems:

As you can see above, Ub2b is in the business of being a busy body.  We looked around for other sources.   Not on Rumble.  Not on Odysee.  Here it is on BitChute:

Joe and I notice that as the Internet becomes more of a backbone for communication around the world, political wolves continue to howl and salivate.
Is it possible that the “Golden Age of Internet” is passed?
We did a search engine query of that very topic.
The overwhelming opinion was it has passed.
Only a few sites proposed that more and better is in the future.
Joe speculates that the next “leap forward” (thanks Chairman Mao) will be the introduction of a proxy arbiter.
The proxy arbiter will be some form of AI (artificial intelligence) who interprets your commands and interfaces with the Internet.  It will no longer be “hands on” but “command so”, somewhat advanced from the current systems (i.e., Siri, Alexa, Cortana, Google Assistant).
Damn frightening.

Quick Dick McDick
Seems like Canada’s farmer ambassador is back with a regular schedule.
In this new series, Tractor Talk, he gives his perspective on Royalty.
Long live the Queen:

Ivor Cummins
Mr. Cummins is very nimble with data and statistical analysis.
The focus of this short video is the actual COVID death statistics as published by the Irish government.
Joe and I are not surprised.
Neither should be you:

Baseball
Joe and I used to watch baseball when the Blue Jays had Randy Johnson pitching.
He was amazing.
The Jays currently have a very talented pitcher, Adam Cimber, who delivers his pitches sidearm.
They call it “submarine” pitching, because the ball is thrown from down low upward toward the home plate.
The following video follows Mr. Cimber through several years and teams to his current Blue Jays relief pitching job.
Incredible to watch!:

Randy Johnson was an incredible pitcher.  At 6 foot 11 inches, he could throw consistently in the high 90 mph range, and has an incredible lifetime record.
The following video is witness to a unique pitching accomplishment Mr. Johnson achieved, never duplicated, much to the chagrin of ornithologists everywhere: 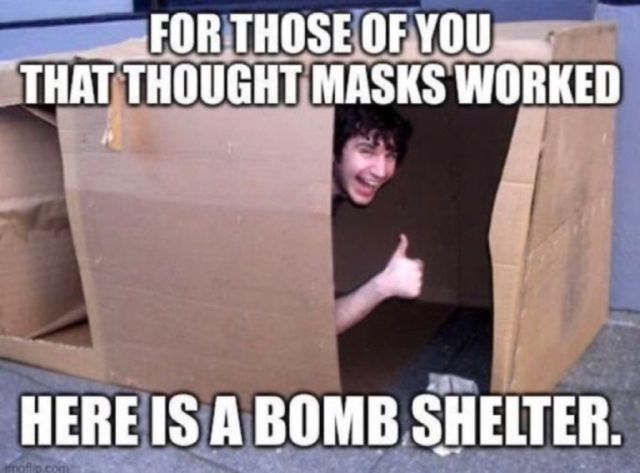 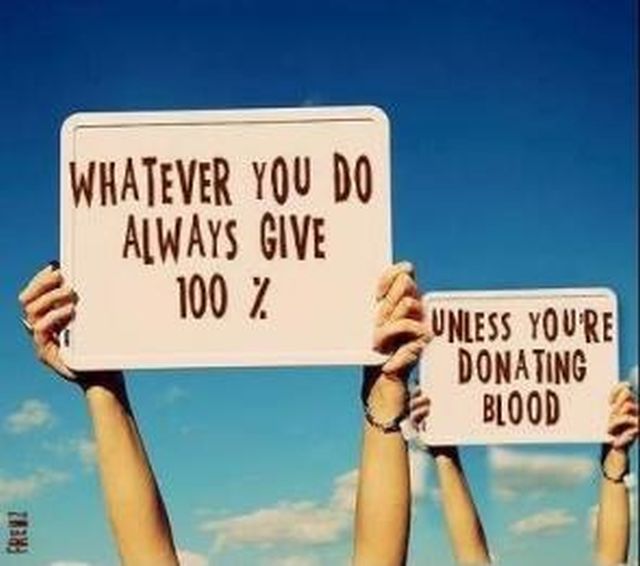 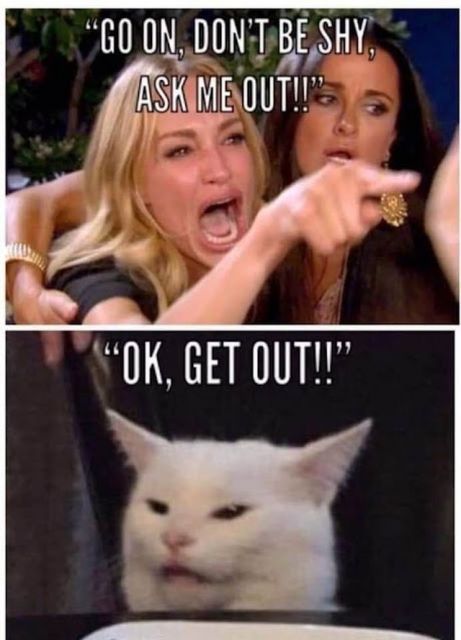 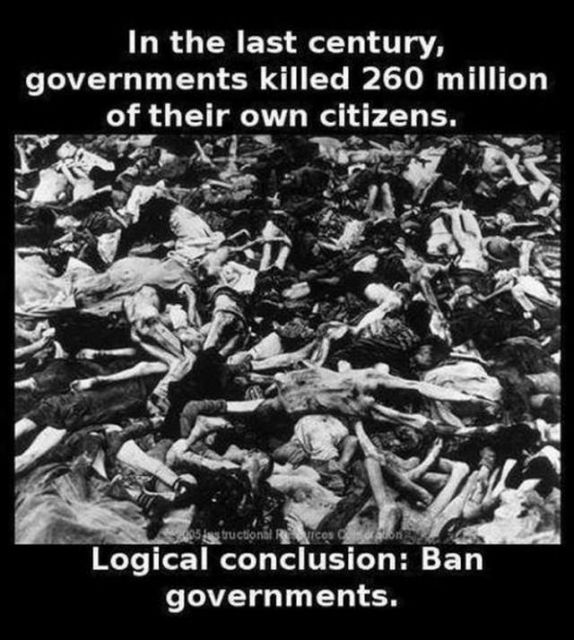 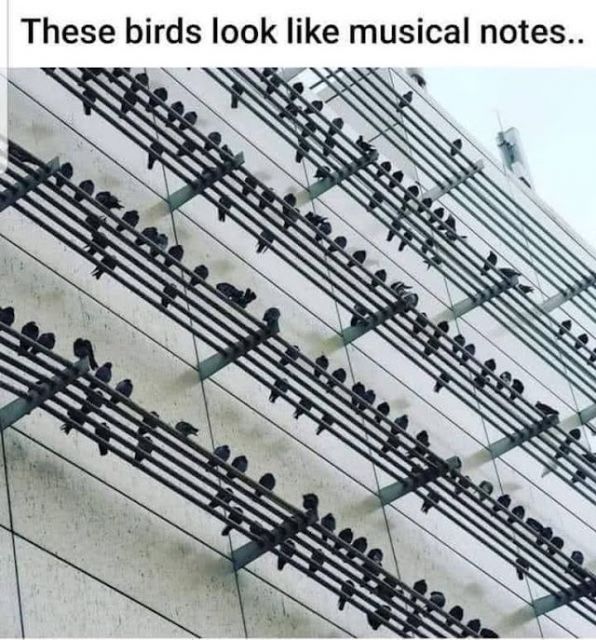 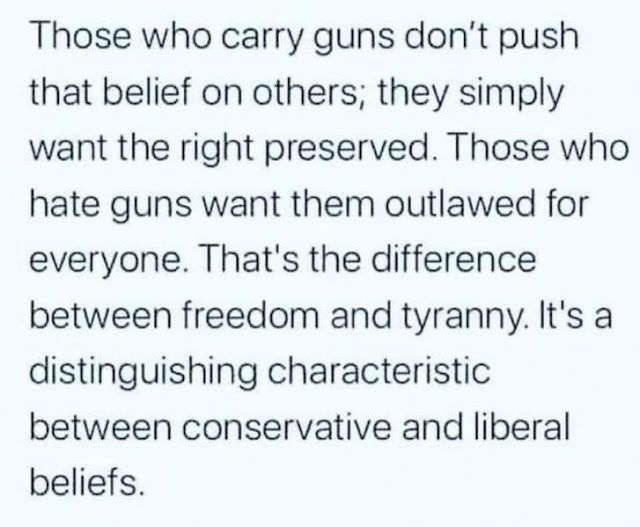 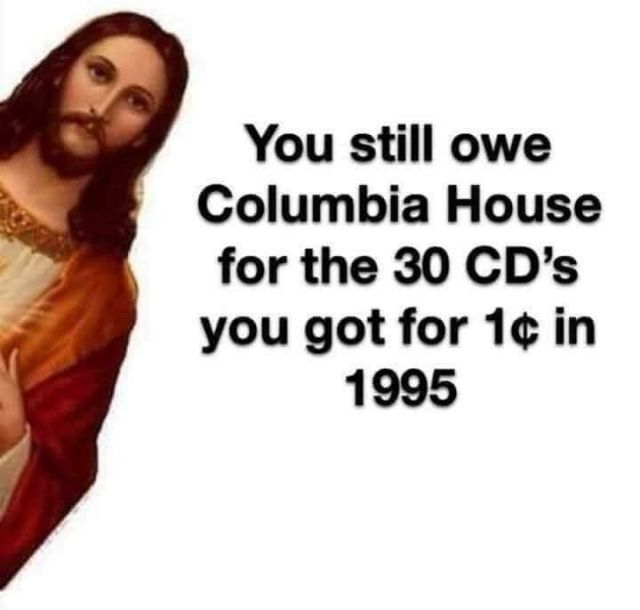 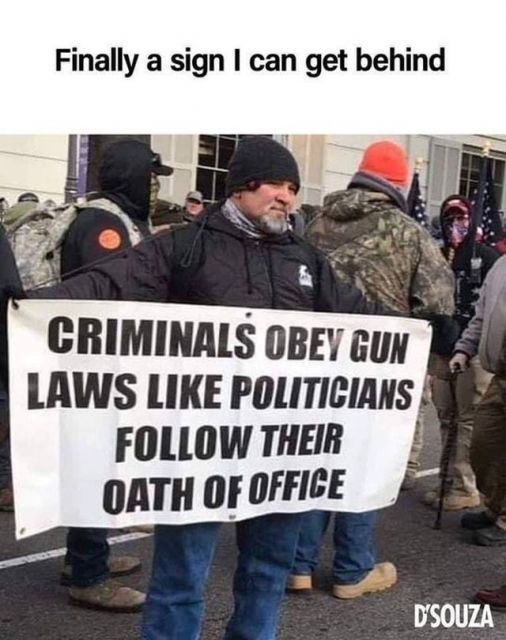 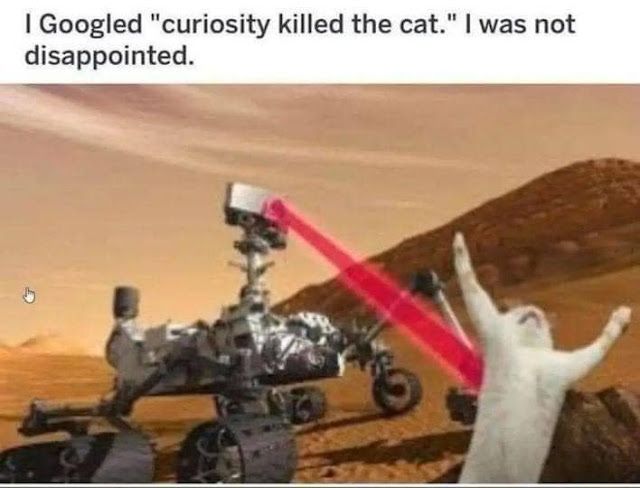 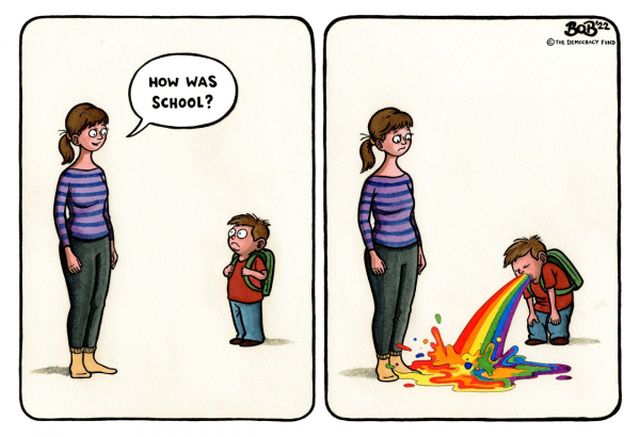 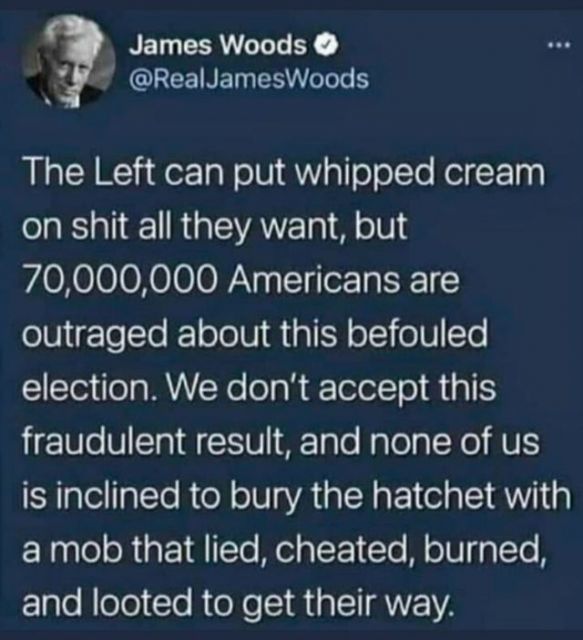 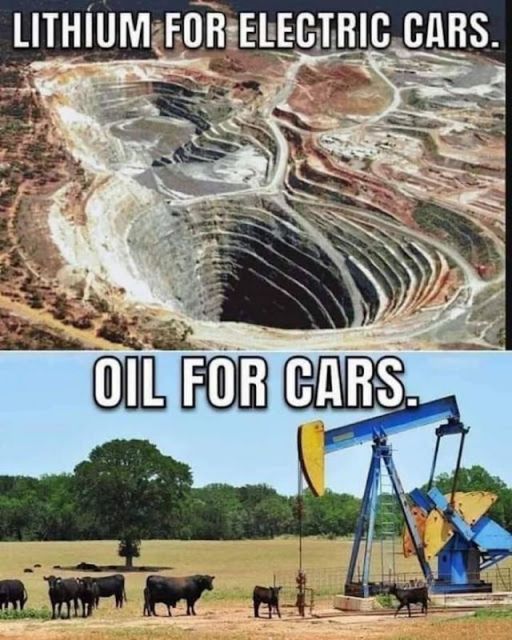 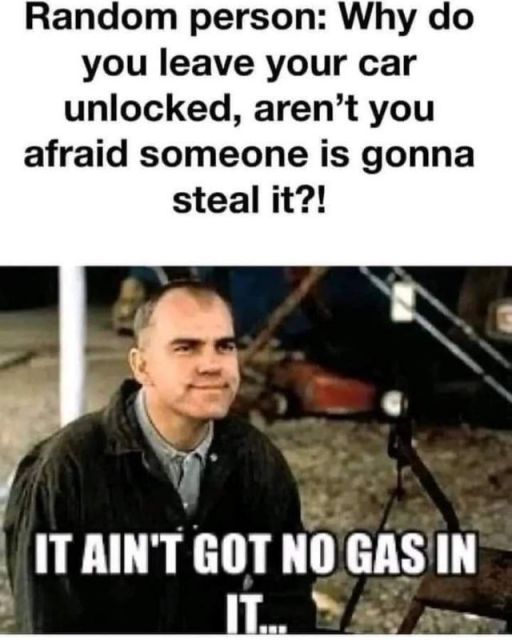 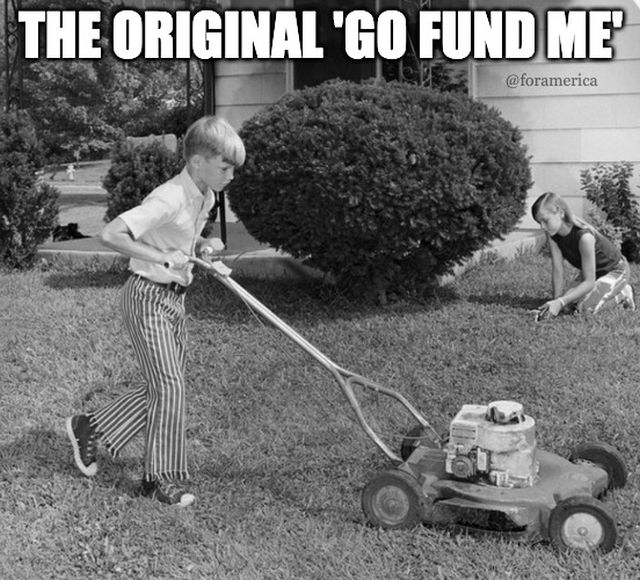 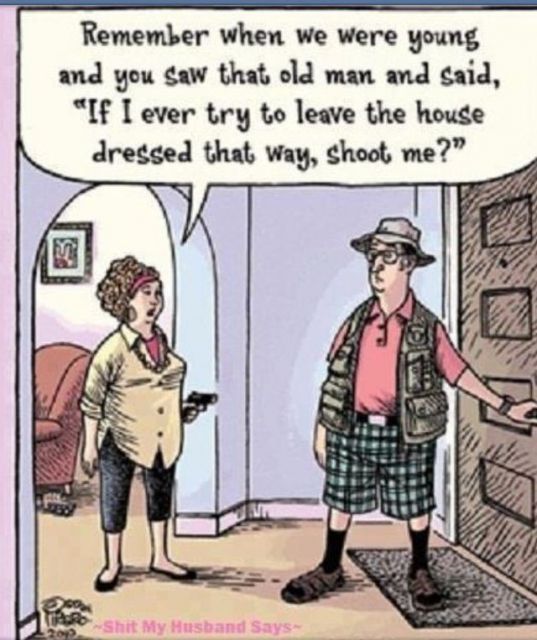 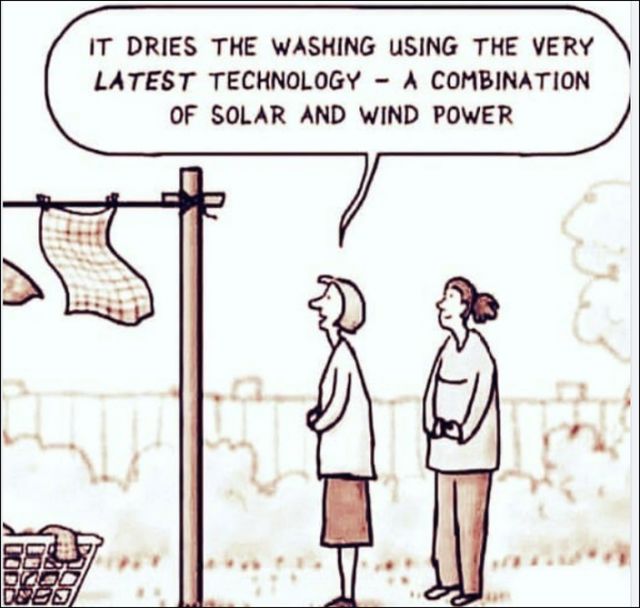 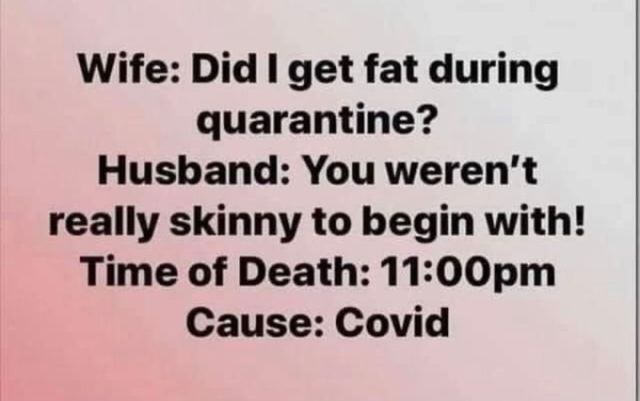 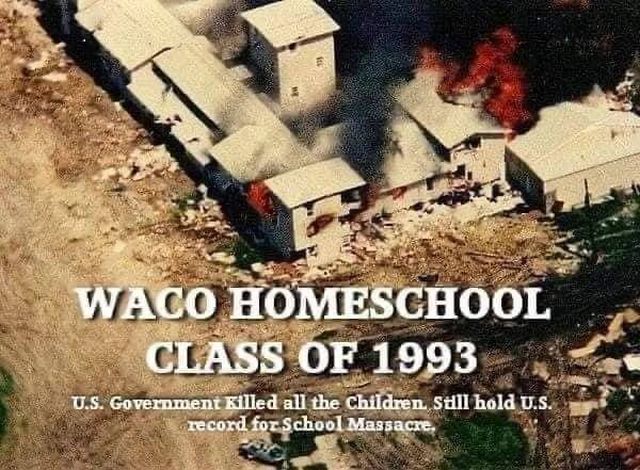 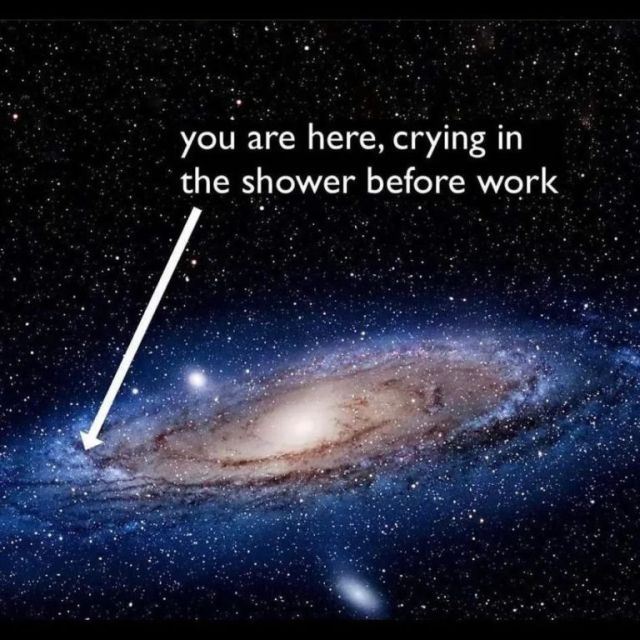 Times are getting tough, but the forecast is for tougher and toughest.
A lot of Baby Boomers like Joe and I think we know a bit.
But not enough to stop or change what is coming.
Casting about for some inspiration or attitude guidance, we stumbled over this talk from Ronald Reagan.  It is an assembly of many ideas, still valuable, still pertinent today.  From a man who lived through the Dirty Thirties.
Joe and I think these are words of inspiration and wisdom for Mud Peckers and Dirt People.
And aging Baby Boomers, too:

Anomalous weather in Vernon BC for this time of year.
Joe and I have been taking note of the number of days in a row we’ve had rain.
By our reckoning, it is over 2 months and 2 weeks that there has been precipitation (we’re talking rain) every single blessed day.
It is discombobulating.
Not because it rains, but because it is discordant.
If it were every morning, we would organize our day around that fact.
If it were every evening, same same.
But it has been as varied and as volatile as imaginable.
Despite the dreaded rain, we are getting a good farmer tan!
Today, Sunday, we decided that grass up to our waist wasn’t good, so we rode the Craftsman lawn tractor around for 4 hours.
We destroyed many a tall grass plant.
And lots of weeds.
There is an equal number of weed whacking hours to perform.
This year’s generous and unprecedented allocation of water has stimulated plant growth, aided by often cloudy skies and cool days.
Our outdoor project list grows.
We better learn how to work in rain and like it.
Why?
Out to the West and the South are the darkest meanest clouds we’ve seen today!
More wa wa on the way. 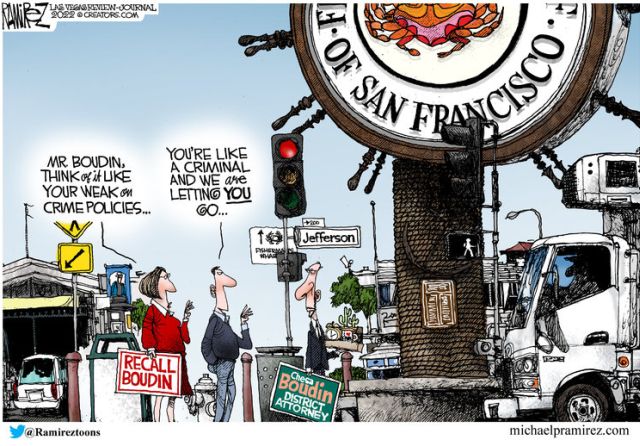 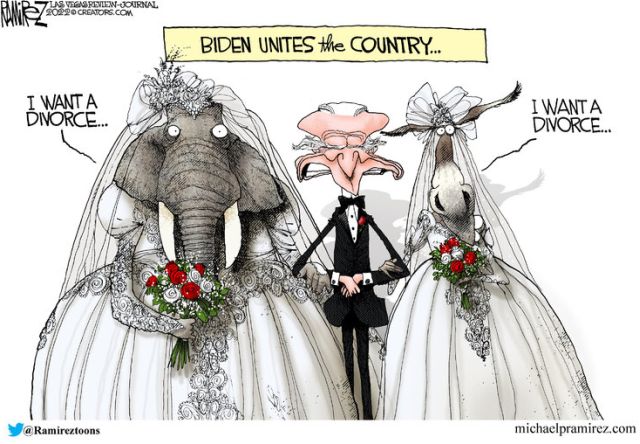 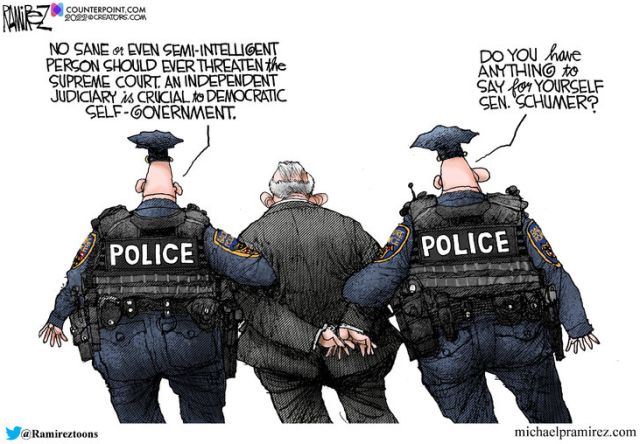