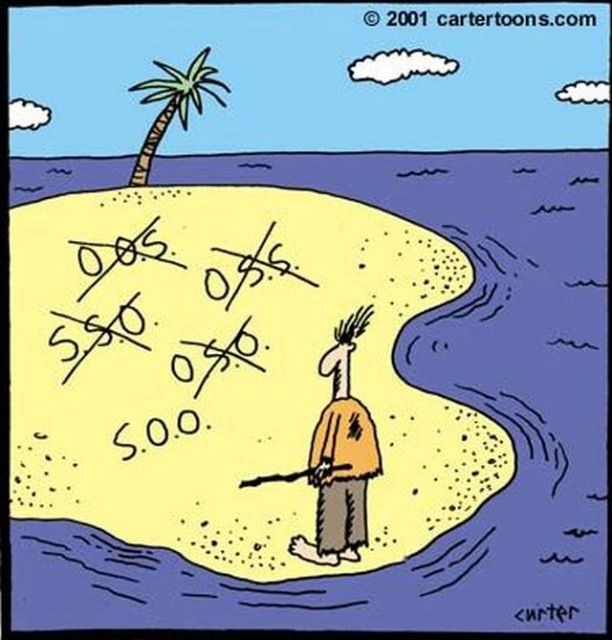 Joe’s Comment – Every once in a great while, I’m not even sure how to ask for help.  What are the chances I need it?  Panic is setting in, for it’s a few days before the first day of Summer, and I’m pressed by Autumn and Winter every day.
Too many projects, chores, tasks, not enough nice weather to accomplish.
Maybe next year…..

PragerU
A reflexion on women’s political status in the American media.
Why is it a conservative woman is rarely mentioned, and when mentioned, only disparagingly?
A left-leaning / progressive woman, in contrast, is celebrated at every level and in every medium, endlessly, often without merit.
Heather Higgins, CEO of Independent Women’s Voice, and chair of Independent Women’s Forum has a theory:

Inequality Myths
People are able to perform logical deduction.
Making change for a dollar or determining why a baby is crying both require logical deduction.
Joe says that just because people can make decisions based on logic, doesn’t mean they will.  Or that they are logical.
Joe says that is seldom the case.
Sadly, people are emotionally driven.
There are many myths that have an emotional “logic”, not based on “if a=b, and a=c, then b=c”.  Emotional logic is often based on jealousy, biased perception, propaganda, ignorance, simple stupidity.  Or darker, maligned, evil intent.
Professor Antony Davies of Duquesne University does a good job of clearing away some of the emotional underbrush surrounding the concept of inequality in this short video produced by the Learn Library:

Tariff Reality
Joe doesn’t understand a lot of things financial.
On one hand, there are well over 7 billion human souls inhabiting earth.
Economics, from dictionary.com, is defined as a noun: “ (used with a singular verb) the science that deals with the production, distribution, and consumption of goods and services, or the material welfare of humankind.”
Using logic™, it follows that every single living human (and a number of dead humans too) has a role in economics.
Joe notes that in the definition, money, wealth, and finance are not implied, nor are they mentioned.
Akin to the intelligence argument where IQ is NOT a direct measure of G or G Factor (general intelligence), yet is a useful metric in measuring and gauging intelligence, so too is the concept of money, wealth, and the study of “finance” (noun: “the management of revenues; the conduct or transaction of money matters generally, especially those affecting the public, as in the fields of banking and investment.“) in the study of economics.
In the last decade, Joe and I have been lambasted, inundated, overwhelmed, avalanched by evidence which precipitates cognitive dissonance regarding what we thought to be hard, cold, beyond challenge facts.
In matters of human health generally, and personal health specifically,  such topics as diet, exercise, mental attitude, comprehension, IQ / G Factor, psychology, et cetera many (almost) universally held ideas and “facts” have been challenged, refuted, disproved, or discovered to be a marketing scam devised by nefarious lobbyists or special interest groups manipulating data, government, and public opinion.
In matters of environment much the same.
How could the world of economics (and it’s indicators “finance, wealth, money”) be any different, be exempt?
The answer is duh…..
Joe and I are theoretical Libertarians.  “Theoretical” because Libertarianism, Libertarian fundamentals, and Libertarian actions strongly belie reality.  All men are NOT created equal except when viewed using a peculiar lens, or restricting principle.
We are also theoretical “free traders”, laissez-faire-ists, open market capitalists.  At a grass root level, mano a mano, neighbor to neighbor, no problemo.
At a national, international, or global level, good fucking luck.
Man’s basic nature is NOT good.  Or fair.  Or civil.
Back to reality i.e. American trade with Mexico, Canada, China; the American Chamber of Commerce is threatening legal action against the Trump administration re: the threat of Mexican tariffs.
Joe immediately smelt a rat.
The CoC is wailing at the top of their lungs about the poor consumer and how this will burden them, the poor wee beasties.
Another iconic fiscal cornerstone is tariffs = bad, free trade = good.
But wait just one gosh darn cotton pickin’ moment, José.
That’s not what the data, the facts, and the history indicate, so says “sundance” of The Conservative Tree House.
In this article, titled “U.S. Chamber of Commerce Threatens to Sue President Trump Over Mexican Tariffs…“, sundance argues that there are plenty o’ examples such as Chinese tariffs since 2017, Canadian softwood tariff since NAFTA, which are contrary to commonly held belief – no impact whatsoever.
Sundance questions “The supply chain results completely refute U.S. CoC Tom Donohue’s doomsayer-promised economic proclamations.  If tariffs are so destructive, why was/is everyone ‘except the U.S’ using them to protect their industry segments and economies?”
He (she / it / they / etc.) continues to make the case that the CoC, in cahoots with very powerful, rich, and influential forces, are responsible for destruction of the American middle class, the decimation of manufacturing and heavy industry, and a host of no-no economics, all designed to diminish America.
Why? you might ask….
Huge multinational corporations no longer participate in “market economy”.  They control the market.
Joe has always wondered how some material thing common to North America and most of the world has such a spectrum of pricing.
The linked article theorizes thusly –
“…. In underdeveloped countries the process of buying a political outcome is called bribery. Within the United States we call it lobbying. The process is exactly the same.
With control of the majority of actual lemons (ed. the author chose a product as an example) the multinational corporation now holds a different set of financial values than a local farmer or national market. This is why commodities exchanges are essentially dead. In the aggregate the mercantile exchange is no longer a free or supply-based market; it is now a controlled market exploited by mega-sized multinational corporations.
Instead of the traditional ‘supply/demand’ equation determining prices, the corporations look to see what nations can afford what prices. The supply of the controlled product is then distributed to the country according to their ability to afford the price. This is essentially the bastardized and politicized function of the World Trade Organization (WTO). This is also how the corporations controlling WTO policy maximize profits.”
Joe concludes that the small producer simply has no chance at “free trade”.
A thought provoking article that undoubtedly has more than a grain of truth.
(Speaking of grain, anyone remember the “Wheat Board” fondly?)

Trump Economics
Long ago and far away, Joe and I watched Kudlow and Cramer, a left – right economics program that was aired on CNBC from 2002 to 2005.
We found it a learning experience, for Joe and I aren’t in the financial wizard cadre: we’re more booger eatin’ dirt people.
Time flies by…..
Larry Kudlow is now an advisor to the POTUS.
The following video is an interview with Mr. Kudlow to discuss the Trump administration’s financial policy, strategy, and objectives:

Patrick Moore
Dr. Moore in a recent interview with Gov. Mike Huckabee.
This man is a Canadian hero, a humanitarian, and a realist.
His major assertions have not been refuted to date.
He speaks the truth:

Earl of Taint
Joe and I crack up when we visit the Earl of Taint website.
Whomever this person is their sense of humor is beyond the edge.
Our cup of tea (with 1 ounce cream).
Let’s face it.  We didn’t get past 14 years old!
Some current taints – 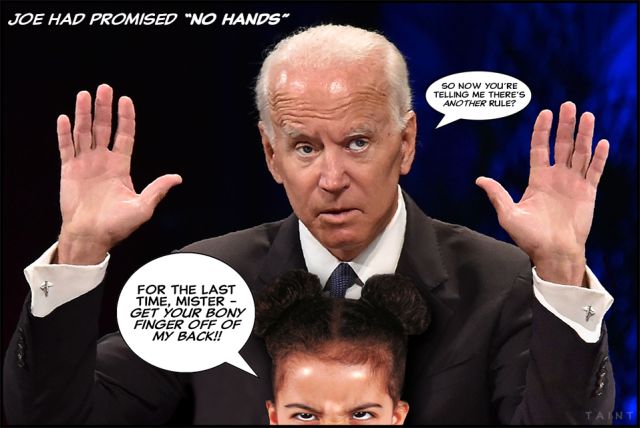 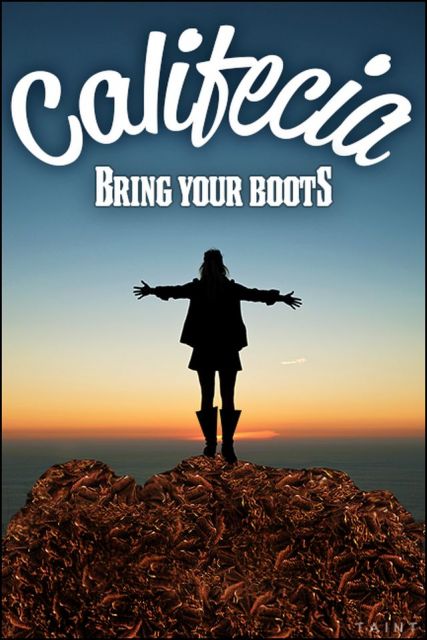 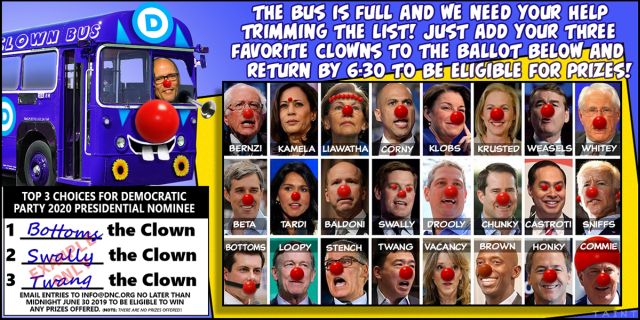 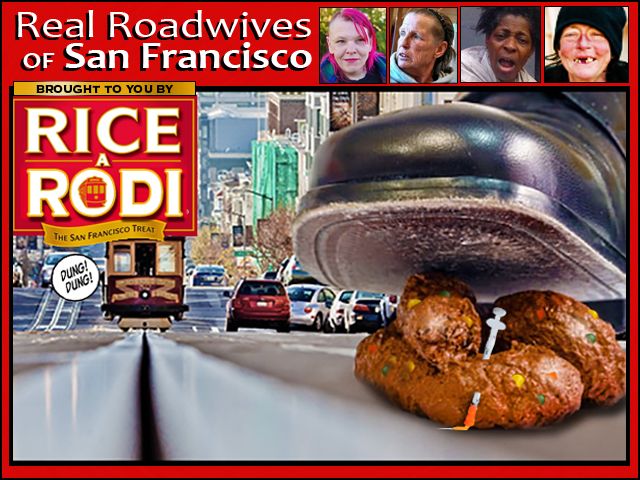 Big Rig Drags
All up gross weight for a tractor and a “B Train Double” (in Canada) as listed in the 2005 “Memorandum of Understanding” for Interprovincial Transport is 62,500 kg, or 137,788.9 lbs (for white people) as graphed below – 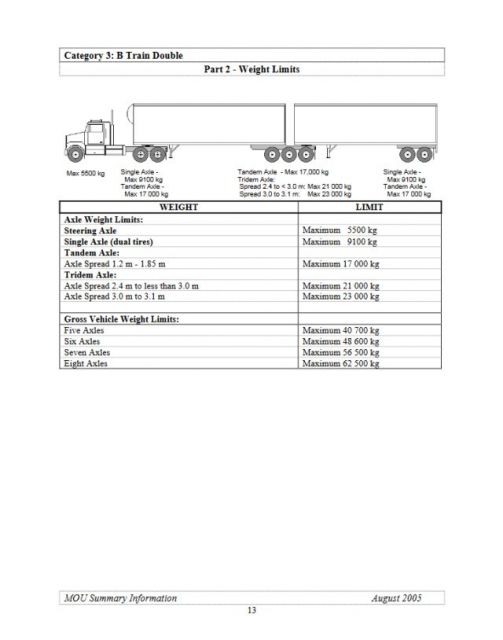 The following video is footage of drag races with heavy trucks.
These races were held May 18 and 19 of 2019 in Onaway, MI.
The trucks are pulling a 128,000 lb. trailer uphill.
Lord Jesus and Mary, when a tractor unit pulls the front left wheel off the ground accelerating a massive load, Joe gets a tent in his pantaloons:

The power required to do this is 10 points beyond ridiculous.
Joe and I loved the comments!
A few favorites –

Superload
In this video, Lone Star Transportation (of Texas, naturally) is moving a demethanizer tower across Texas to it’s refinery destination.  The tower weighs 403,486 pounds (201 tons +) and is 294 feet long.
That would be a superload.
If you have ever wondered how all the fine products you buy get to where you buy them you discover that most everything you buy, if you didn’t build it or grow it yourself, may have come on a boat, a plane, a train.  Almost always it WILL have come some part of the trip in or on a truck.  It may even go home with YOU in a truck.
This video shows extremely well disciplined and trained men doing an incredible team job of moving massive equipment safely and expeditiously.
Joe drools – a 600 horsepower Detroit diesel?
Sign me up!: 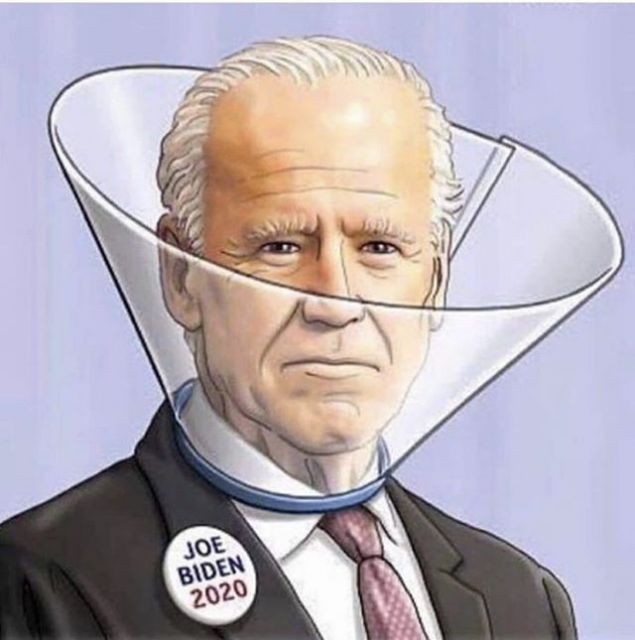 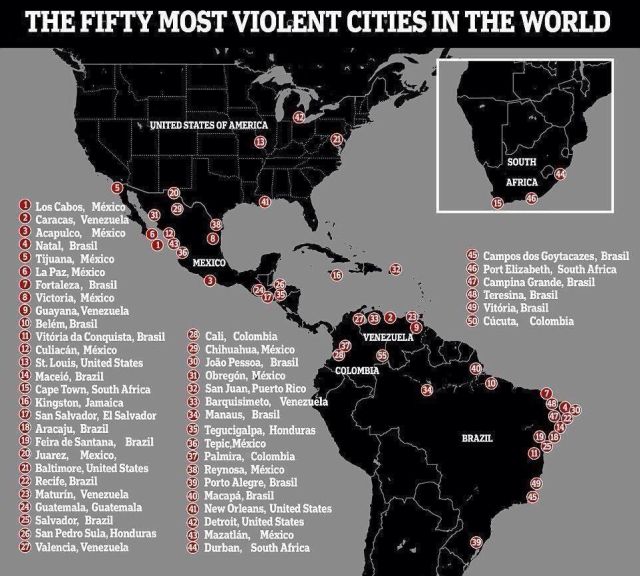 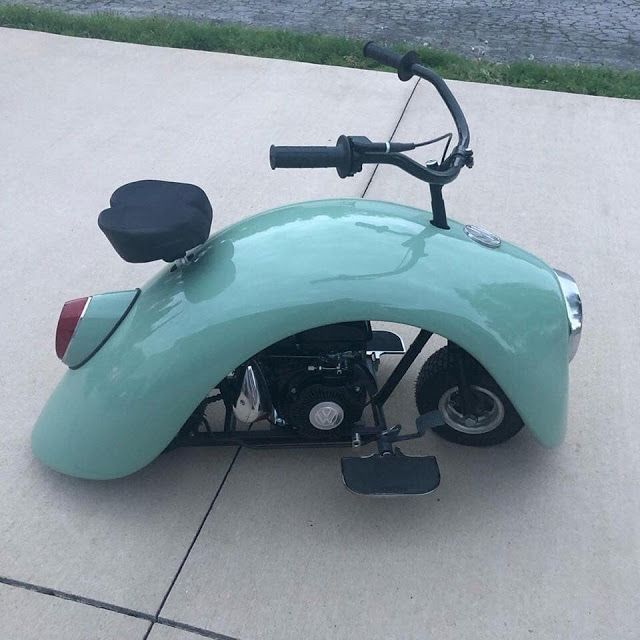 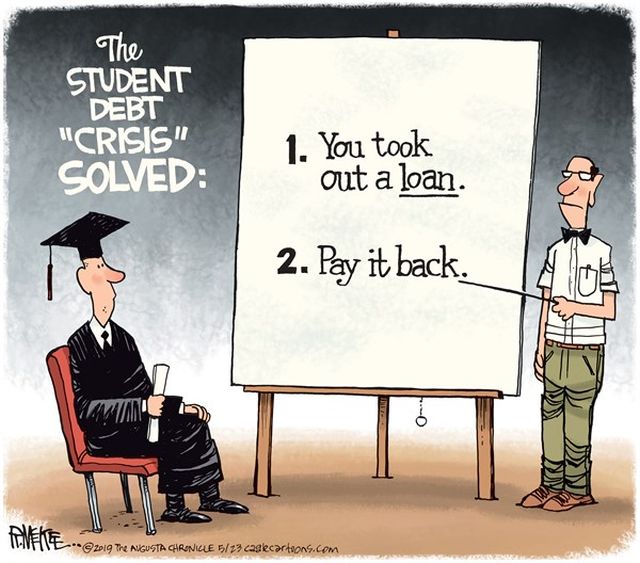 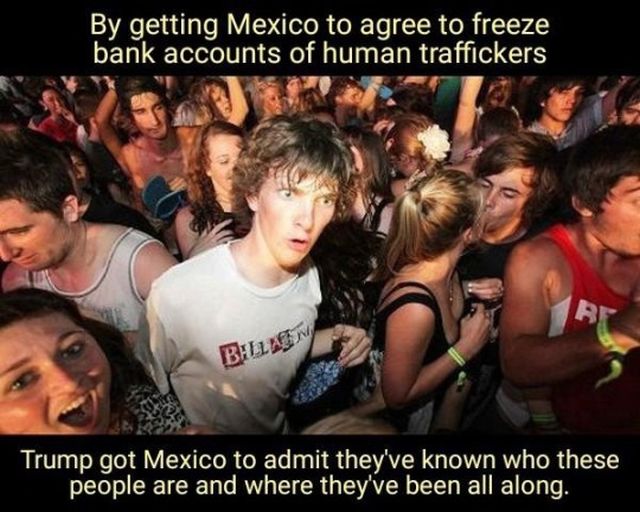 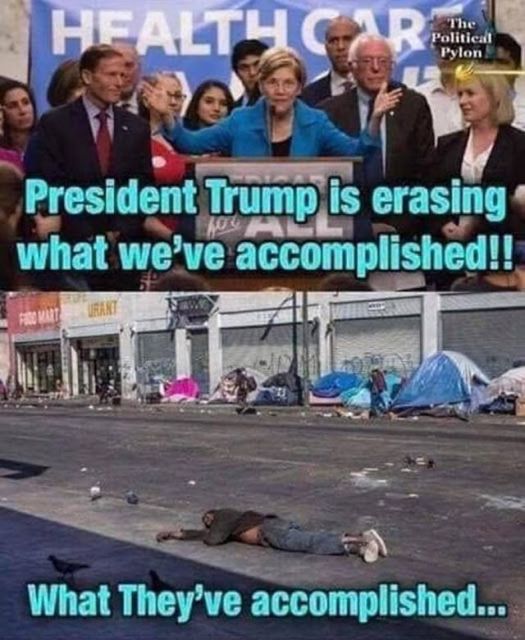 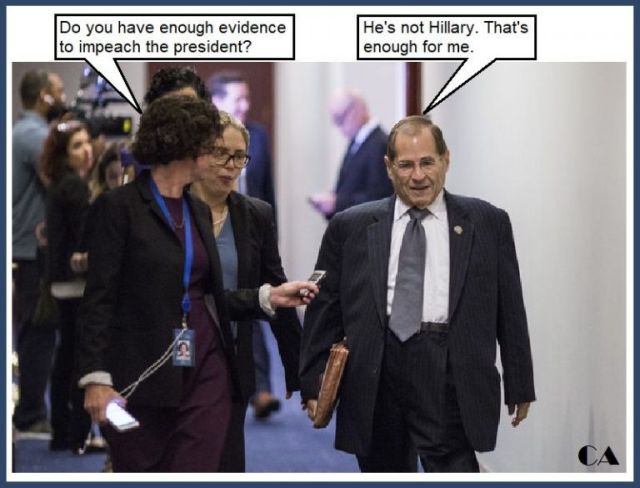 Jordan Peterson takes the pulpit this week, to answer a question he is often asked; do you believe in God?
Joe says that most people can answer that question in a few seconds.
That would be a short video, and we all go home happy.
However, JBP don’t roll that way: profound question answering takes precise question definition.  About an hour and a half in this case.
After watching the entire lecture, Joe understands the title Dr. Peterson chose:

This week in Vernon BC has been a slice of heaven, weather-wise.
Joe and I argue whether or no it has been “hot” or just “warm”.
We decided no to hot.
We also decided more the same or hotter would be heaven, too.
We ain’t hard to please…..
More heat, better health is our motto. 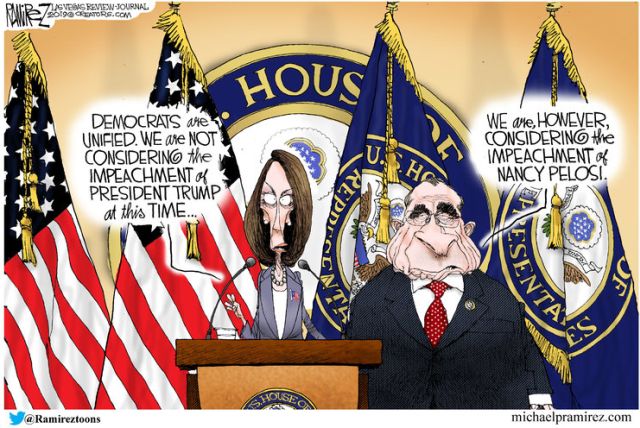 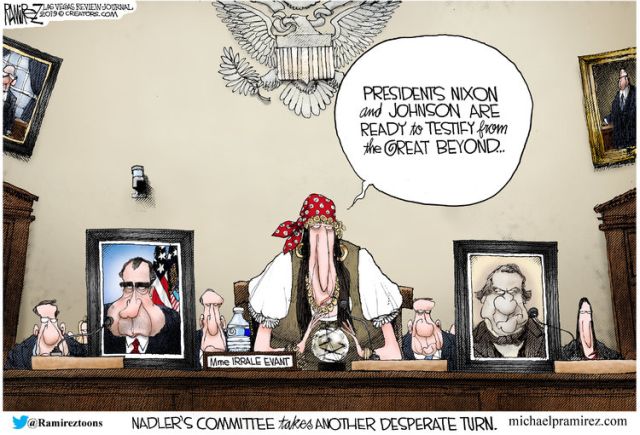 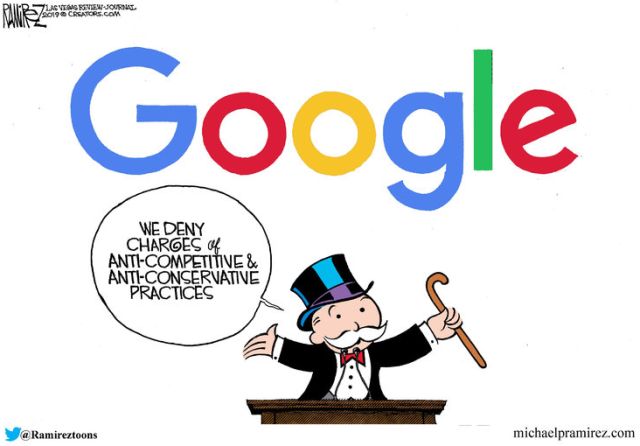 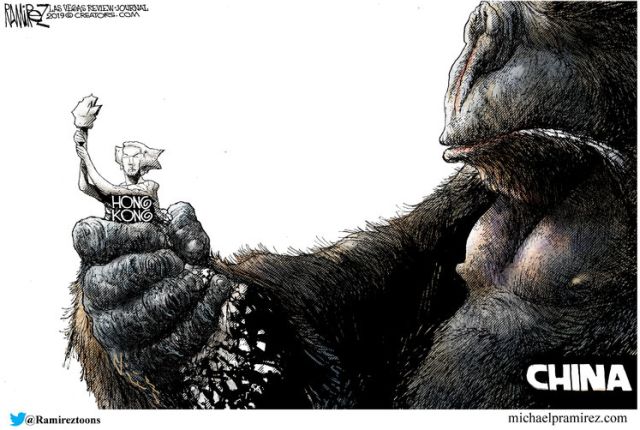 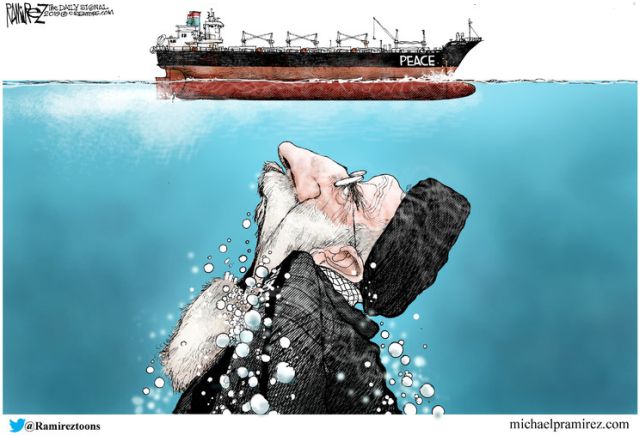 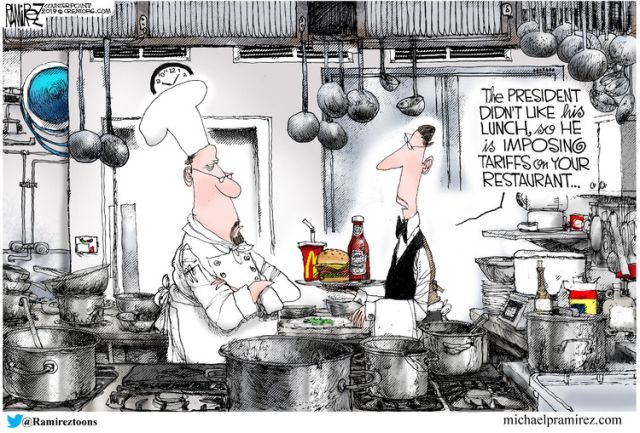