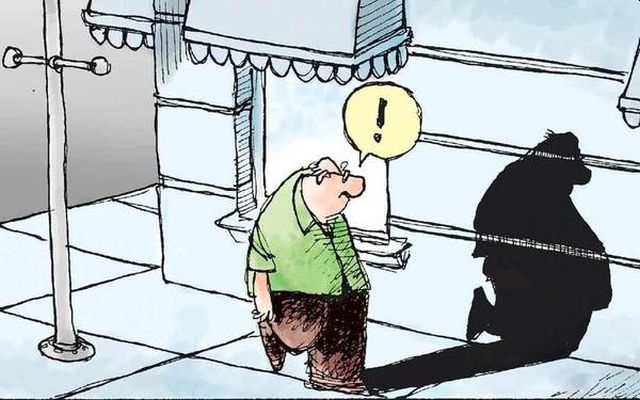 Joe’s Comment – Wiley Miller is the cartoonist who creates “Non Sequitur”.
These two beauties make me snort and guffaw.
It’s all about perspective.
I’ve now obtained a new understanding of grave yard visits.
I feel I’m 14 years old most of the time….. then I get a glimpse in the mirror.
As McWatt observed in Catch-22, “oh well, what the hell”.
Time for a perspective adjustment.

Black Lives Reality
Candace Owens tells it like it is (thanks Dave M.).
Joe and I are very pissed off at the number of videos we have seen of people being coerced to “take a knee” and recite “black lives matter” and apologize for their so-called “white privilege”.
Thank doG for the Candace Owens’ of the world.
Excuse our ironic selves when we say Candace’s rant carries so much more weight when she speaks it than anything Joe or I could say.
It would be off-color for us to comment publicly.
If Candace is indeed an “Uncle Tom” or “Coon”, or some other derogatory term applies to her, Joe says we need more of her no matter how you call her :

Joe and I say we are not racist.
Well, we don’t say it; we’d never say it, but we think it.
But, are we?
Watching misguided evil people demand white folks supplicate to make certain black folks feel better about their lot in life might change our mind about being racist.
Except race isn’t the bug-a-boo.
The real problem is IQ.
Stupid people do what their namesake suggests – they do stupid shit.
They have stupid ideas.
Their stupid ideas invoke stupid pursuits.
Hence, they do stupid shit.
And the angry evil envious no good stupid people get up to no good in obnoxious brazen and dangerous stupid ways.
Especially in a mob of stupids.
Especially especially when following the leadership of angry evil envious not good smarter people with very destructive agendas.
Forest Gump had it right – stupid is as stupid does:

There are videos of the normal folks doing what the American Constitution and Amendments prescribe: they are forming militias to protect their businesses, their properties, and their fellow citizens.
Here’s a tame version from Coeur d’Alene ID, local station KREM.  The local citizens are pissed.  They came together with communications, scouts, patrols, and plenty of armed folks to send a message to those who do dirty deeds, do them dirt cheap:

The good folks of Coeur d’Alene said, quite clearly, don’t do it here.
The message was heard loud and clear.  Those with evil intent boarded their buses and left without incident:

Blue Collar Logic
Joe and I are mud peckers.
Dirt people.
Hoi polloi.
Dave Morrison and Jason Siler are working men.
We speak their language.
Dave Morrison on the looting and rioting in Santa Monica, CA:

Jason Siler explains how statistical juggling can and is used to misrepresent facts:

Much more at the Blue Collar Logic YoubeTube channel here.

Treasure Chest of the Rocky Mountains
Joe and I remember some chatter about this hidden treasure years ago.
We thought it bunkum.
And the poem was hokey.
Oh, wait!
$2 million worth of bunkum ain’t too hokey for us:

Joe’s Garage
HDYSYT?
How do YOU spend your time? 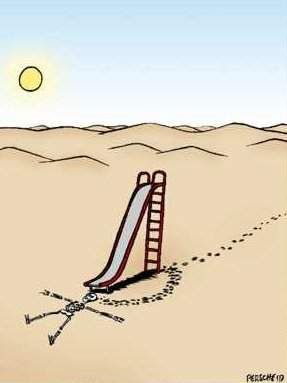 After all, there is a limit – each person is a unique “hour glass” with a specific totally personalized amount of “sand”.
Joe has a few most worn shoes for time travel:
Shoes 1.  Enjoy yourself (it’s later than you think) – there are more adages and moralisms and homilies and cautionary paraphrases than you can shake a stick at or follow to the letter.  If you look long enough, you will find that some are directly at opposition to others.  What’s a fella to do?  Joe says that some challenges are like eating an elephant – the only possible way is one bite at a time.  All those “at a time” bites add up.  Down deep we have a voice that warns of danger and shame and pride and desire and joy and all things good and bad.  Your choice for life if you listen:

Shoes 2.  Woe is me (the world is a giant struggle) – everyone has challenges.  Everyone has abilities.  Everyone either does or doesn’t.  No one has an identical paradigm.
This is the “feeling” time sucker.  Get your attitude aligned and time flies along.  Get out of phase by chasing attitude and time really becomes your master.  After many years of screaming at the sky, Joe knows that it isn’t the problem you face or the task at hand that is important, it is how you respond and behave, how you invest yourself.  That’s all there is:

Shoes 3.  Busy Bee (be busy, be productive, be immune) – worky worky is a way to burn time by the bushel.  Projects come and go, time flies by, and when you lift your head up to see where, exactly, you are…… it makes you smile!
And shake your head…..
You might not be able to find a cure for cancer.  How about something more fun?  How about an obstacle course for squirrels?  Amazing discoveries as a reward:

Interesting Website
Joe and I spend a lot of time (after the work is done) wandering around on the Internet gathering data, pursuing interesting ideas, and generally amusing ourselves.
We thought to highlight what we consider exceptional web sites as we find them.
This site is called “Interesting As Fuck“, which is a somewhat crude name, but accurate to a fault.
Some examples we thought worth embedding – 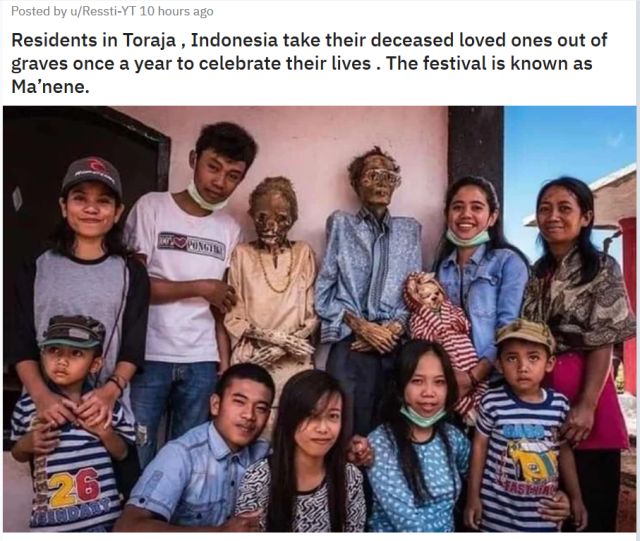 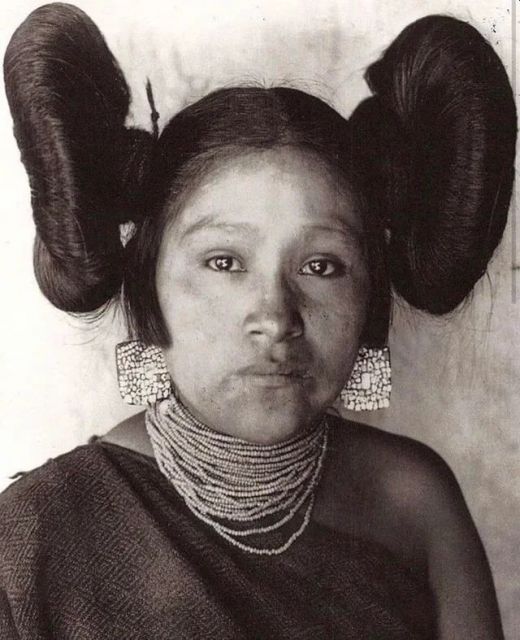 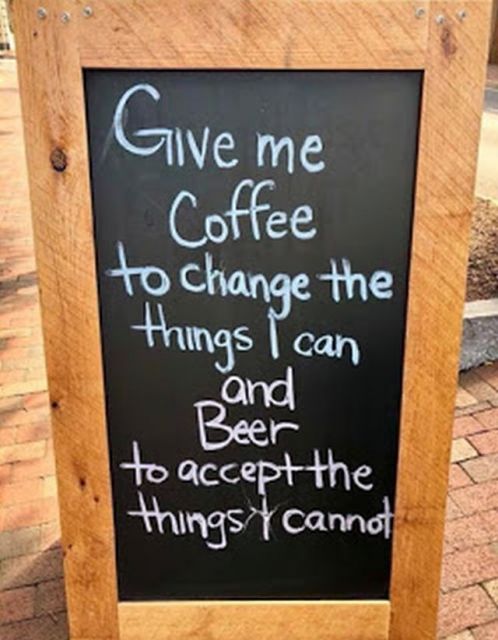 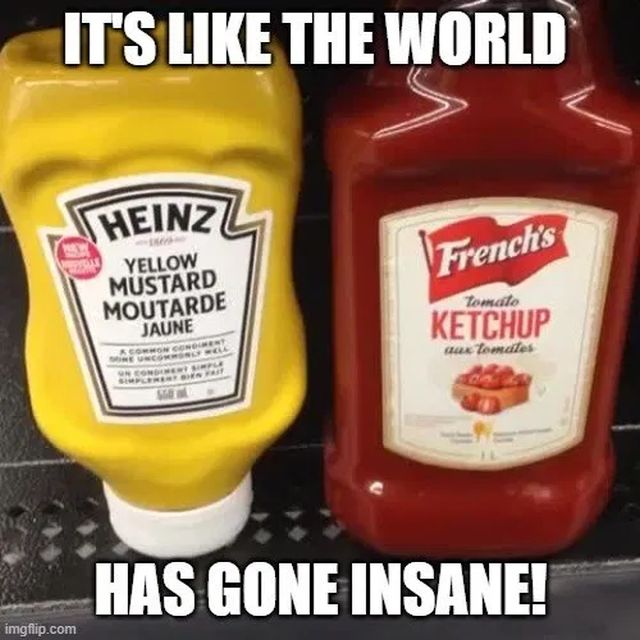 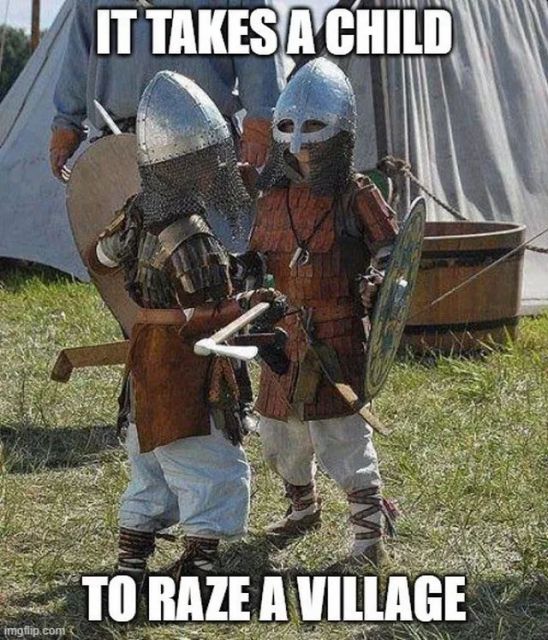 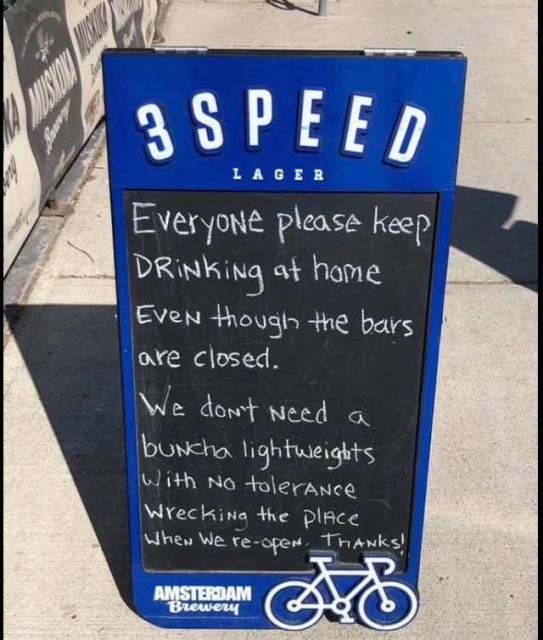 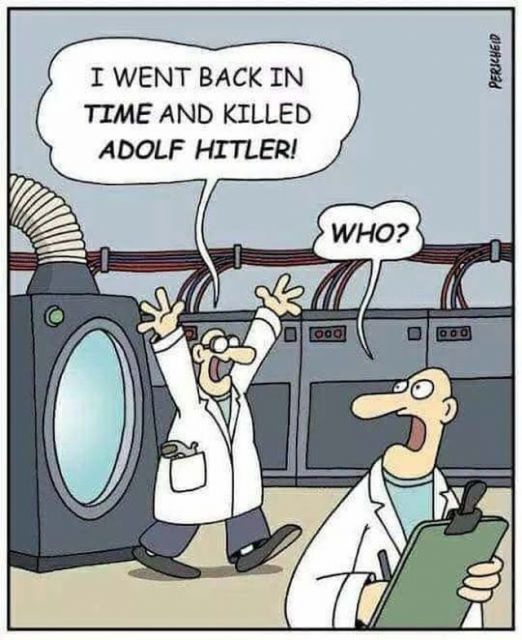 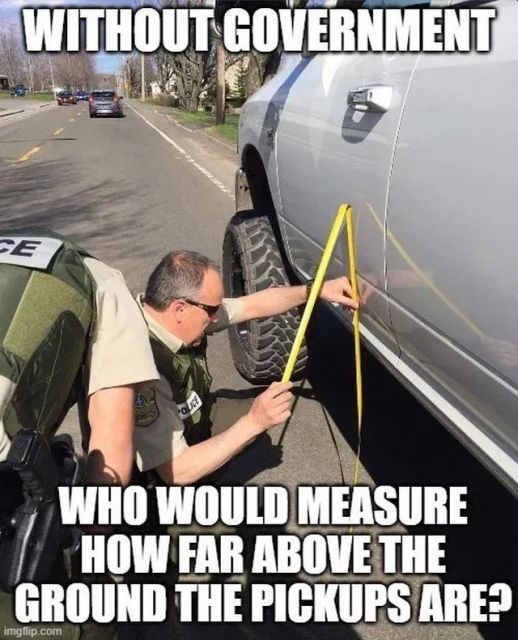 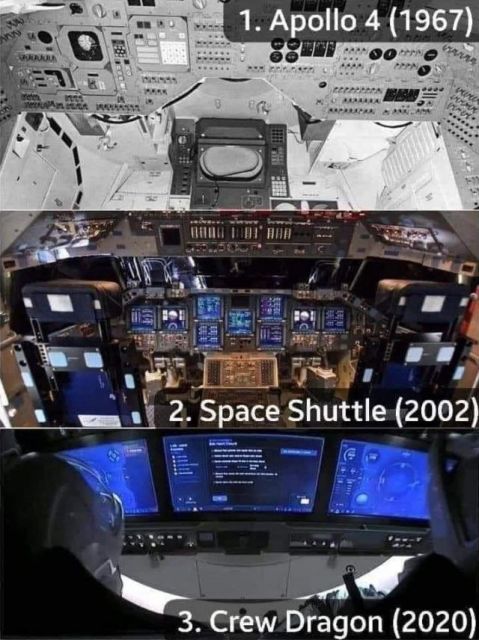 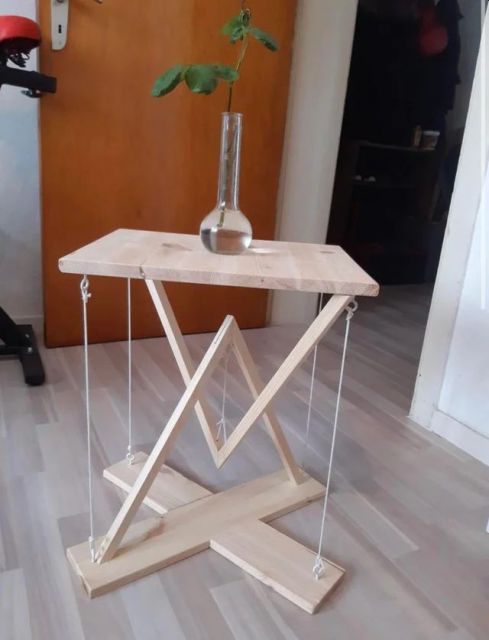 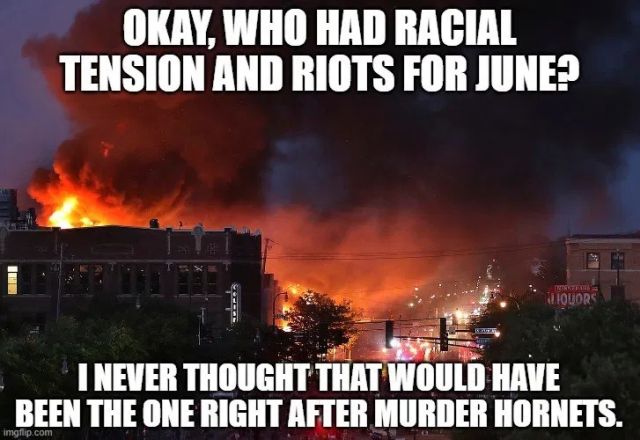 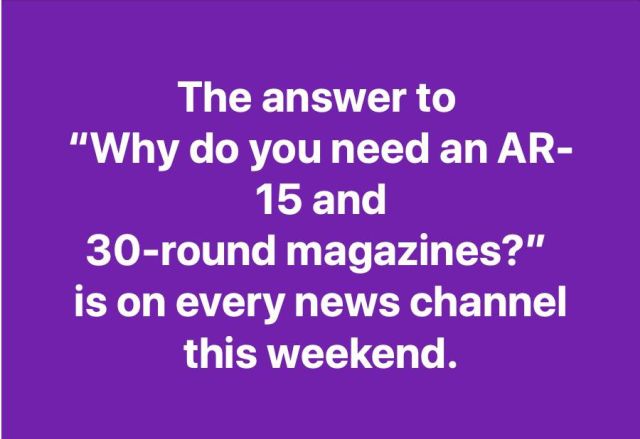 Brian Kennedy is a man with many hats.
He is Chairman, Committee on the Present Danger: China, President, American Strategy Group, and former President and current Senior Fellow of the Clairmont Institute.
In this interview with Jan Jekielek of The Epoch Times, Mr. Kennedy discusses what tactical and strategic benefits recent actions of the CCP (Chinese Communist Party) might deliver to China, and he speculates about the impact on the United States.
Mr. Kennedy considers the Trump administration policies and trade agreements combined with an election year have precipitated the criminal actions of the CCP.
The world is entering very dangerous times.
Joe and I cannot be convinced otherwise: the CCP gangsters are rat-bastard commies.
Following the format of Steven Crowder, we ask, change our mind:

This week in Vernon BC the weather continues to be a sub-average chilly wet Spring.
Rain every day or night this week.
The damn sun coming out at 6:00 p.m. only to say “good night!”.
Clouds.
Chilly/cold.
Sweaters.
Gum boots.
Joe has now been waiting three weeks to construct the forms for a sidewalk alongside our itsy-bitty patio at the north side of the house.
Every time he dares to THINK about that damn form, the sky starts crying:

Joe starts crying, too.
He pines for the hot summers of yesteryear, for we have few summers left.
Two weeks and the days start to get shorter.
Two weeks and Summer starts.
Coincidence?
If only….. 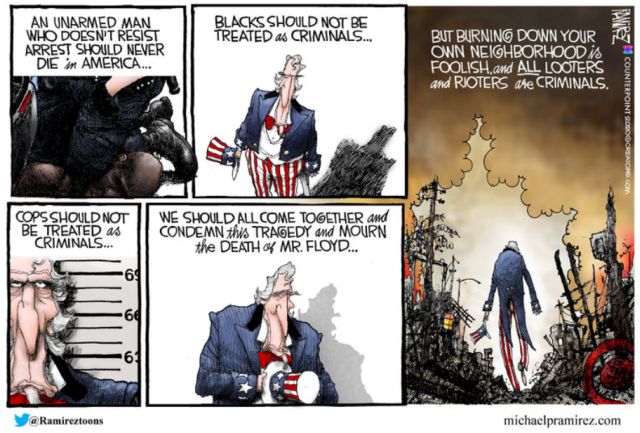 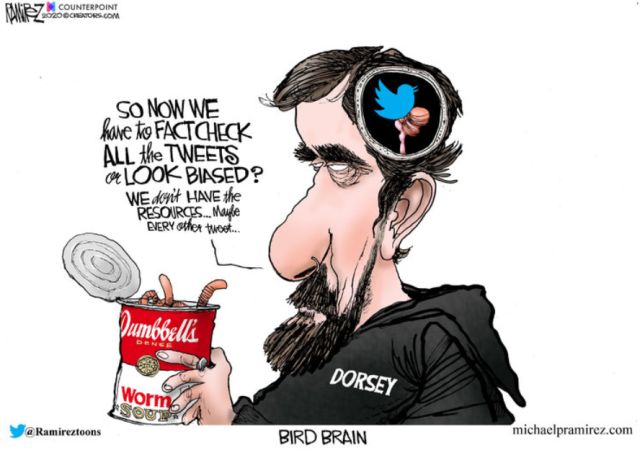 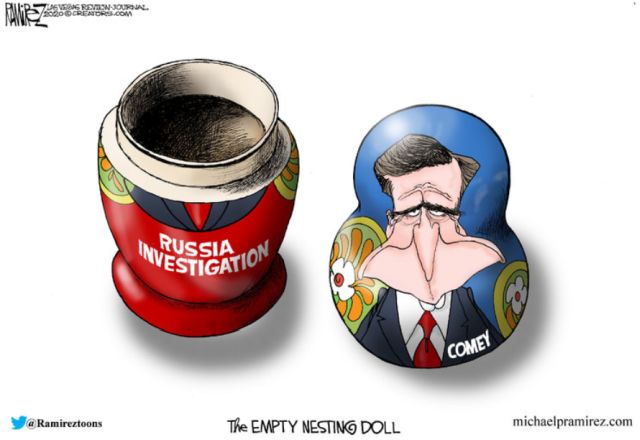 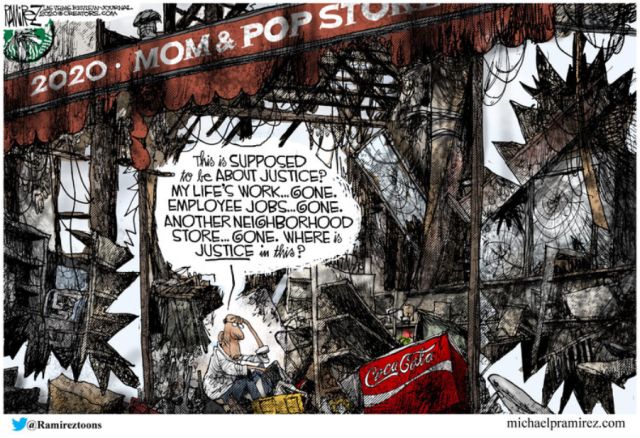 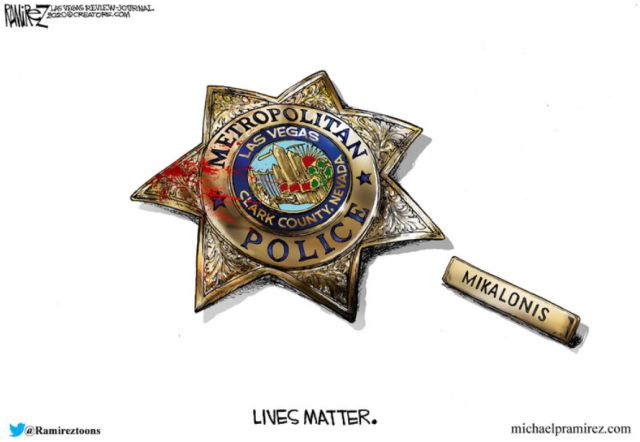 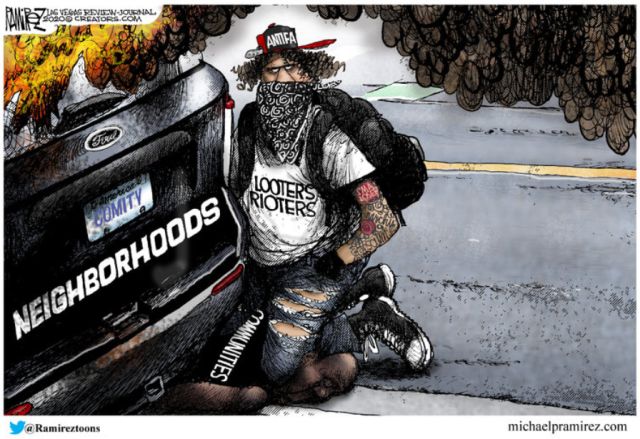 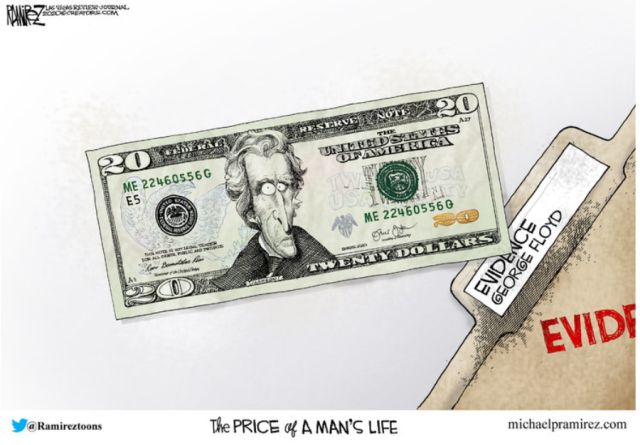