Joe’s Comment – Above you see Nature’s manifestation of how “sub species vs sub species” confrontation can be managed without tragic outcomes.
If you notice, the “behind the line” activity has nothing to do with aggression or territory or defense.  It is literally termites and ants going about their business without the burden and danger and inefficiency of direct conflict.
I reckon the human species could learn a lesson.
I’ve been reflecting on the news of the last week.
Evil walks among us.
It seems some entities feel the competition for resources is a zero sum endeavor.
Their attention is shared between doing their thing while carefully monitoring “the others” doing what they do.
If it stopped there, well and good, no harm done.
Some don’t know when to stop.
Anyone who has had the good fortune to have a “meemaw” in their life has heard the expression “Tend to your own knitting“.
As a fond memory of Naomi Judd (RIP), a hopeful message regarding the most toxic conflict, “man vs man”:

Life is difficult enough.  Why not judge others one by one, one on one, if need be, and disregard the cacophony of government propaganda, Big Media, Big $$$?
It is a measure of how small my pea brain really is.  For the life of me I don’t understand the rabid distrust and hatred that consumes so many people, or the evil they perform as if it were a sacred duty.
As for Ecclesiastes 3:1-8, there seems to be a time for all things, but question where free will exists in such a foregone fatalistic view:

Is life simply a series of actions and events that occur, that cannot be altered by the human participants?  Are we merely actors in a play, incapable of changing the course of evil?
I’m with the Judds.

Quick Dick McDick
QDMcD’s fund raising for the Saskatchewan Cancer Society continues.
Cut-off this coming Friday (27 May).
This man is an ambassador of good will for all of Canada:

COVID News (Swept Under the Carpet)

Preston Manning
Mr. Manning made his voice known during the so-called “pandemic”.
We featured his discussion with Jordan Peterson in the Sunday Sermon section of Sunday Rant – 0122.
At that time, Mr. Manning vowed to make his voice heard.
Recently, Mr. Manning released a work of fantasy titled
“REPORT OF THE COVID COMMISSIONJUNE 5, 2023BY PRESTON MANNINGA fictional, futuristic description of relevant politicaldevelopments in the post-COVID period in Canada”
You can read the entire article here.
Joe and I are including the introduction to the article in our Sunday Rant, because we read the opinion piece by Mr. Manning and liked it!
Here is the introduction – 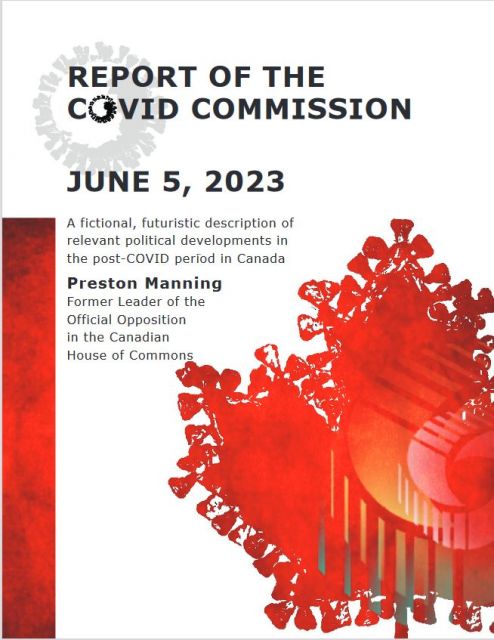 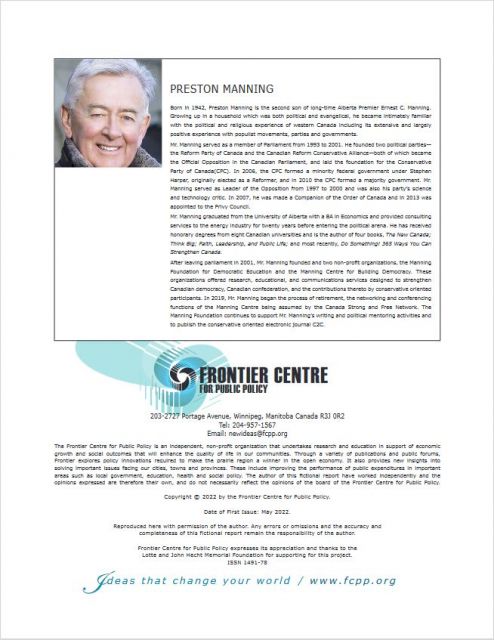 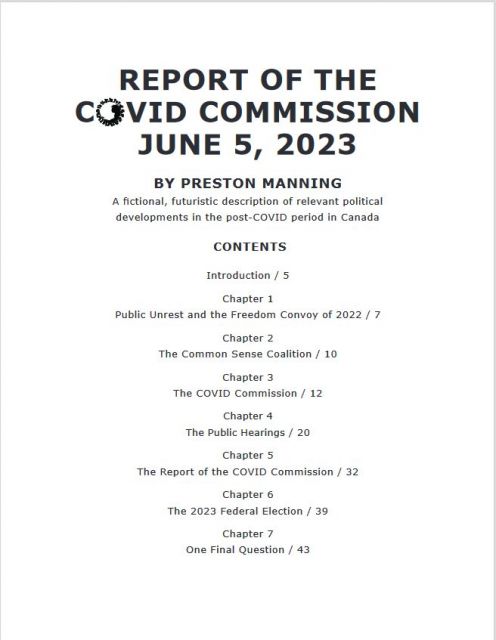 INTRODUCTIONBy way of introduction, I come from a Canadian political family with 55years of experience in the political and public policy arenas; 33 of those inassociation with the legislature and government of the Province of Alberta,and 22 in association with the Parliament of Canada. My father spent13 years in the Canadian Senate, and I myself spent nine years in theCanadian House of Commons, serving three years as Leader of the OfficialOpposition.By way of experience with COVID-19 and its mutations, being 80 years ofage I am a member of a highly vulnerable segment of the population, thismade more so by my family’s history of susceptibility to lung diseases.Both my paternal grandmother and my father contracted tuberculosis andI myself have experienced numerous bouts of pneumonia over the years.Since the inception of the COVID pandemic, I have faithfully adhered tothe various health protection regulations put forward by our governments.I have practiced mask wearing and social distancing, taken the PCR testand the Rapid Antigen Test prior to travelling. I have been vaccinated twicewith the Pfizer vaccine and have received one Pfizer booster shot.Notwithstanding adherence to these measures, in December 2021 bothmy wife and myself came down with the Omicron variant of the virus,experiencing health effects milder than those associated with the commonflu.While the following story is fictional, the principle objective is non-fictional—to explore the likelihood that sooner or later Canadians will demand a fullscale investigation into the management of the COVID crisis by our federalgovernment, that any such investigation will occur despite the objectionsand opposition of the current Liberal-NDP Coalition, and that the findingsof any such investigation may well provide additional reasons to support afuture change of government at the federal level.The telling of this fictional story provides an opportunity:• To identify the many unanswered questions that Canadians have raisedconcerning the management of the COVID pandemic.• To imagine the voluntary testimony of public witnesses, medical andscientific experts, and government “insiders” whose advice has previouslygone unheeded, in seeking to answer those questions.• To imagine in considerable detail the conclusions, recommendations,and lessons which would result from such an investigation.Note that the focus of the investigation described in this story is onmismanagement of the COVID crisis by the federal government. Somewill rightly suggest that the provincial and large municipal governmentswere just as much responsible for any mismanagement and that anyinvestigation should include an examination of their policies and actionsas well. Without denying the validity of this suggestion or the possibilitythat such a broader examination of responsibility for mismanagement maywell occur in future, the following story nevertheless focuses on the mis-management of the COVID crisis by the Government of Canada for reasonsthat will become clear in due course.But how, it might also be asked, would any such investigation actually comeabout in reality? Certainly the current federal government would neverauthorize such an inquiry—for example, by appointing a Royal Commissionto conduct it. And so, would not the initiation and conduct of any suchinvestigation need to await a change of government at the federal level—by which time public concerns over the mismanagement of the COVIDcrisis may well have faded?To address that question, I further imagine and describe an alternativepolitical scenario in which mounting public unrest leads to the creationof a bottom up “Non-Governmental Commission” with a composition andfocus sufficient to gain widespread public credibility and support. A changein government at the federal level is not necessary for this scenario tounfold, though the findings of such a Commission might well contribute tosuch a change in the future.So join with me then in imagining what a thorough investigation of ourfederal government’s mismanagement of the COVID crisis might revealand what we might learn from such revelations to ensure that suchmis-management never occurs again. Let us do so through a fictional,futuristic description of that investigation—fictional, because it is a vehiclefor presenting inconvenient truths about the management of the COVIDcrisis and close enough to what is possible to be thought provoking andinstructive.

Nota Bene:  This is speculative fantasy only! It is a fictional pondering of how Canada might recover after twisting and turning in the wind during the so-called pandemic.  The Federal, Provincial, and municipal governments and all levels of bureaucrats shamed Canada around the world.  This work of fiction suggests some atonement is possible, that some justice might prevail.  P.s. click on this link for the entire article.

Paul Johnson
Mr. Johnson wrote many books.  His book about the 20th Century, titled “Modern Times” is on our reading list.  It is 800+ pages of criticism of the world.  No mean feat!
The following video is the reading of an essay he wrote in 1987, published in the Wall Street Journal, titled “Intellectuals: Heartless Lovers of Mankind”.
Joe and I heard every word, and consider his analysis to have merit.
Our first question for the Intellectuals and Elites is “what is the collateral damage you will accept to implement your ideology?”
The second question is “why don’t you listen to your meemaw?”:

Dr. Shawn Baker
Joe and I are fanboys.
Dr. Baker is a confirmed carnivore who has made great efforts to educate people about the benefits of a no carbohydrate high animal fat/meat diet.
His very existence as a laboratory for self experimentation tells the story.
He is the inspiration Joe and I followed into carnivore.
This is one of his daily inspirational short but pointed videos:

The Drinker Recommends
Mr. Iconoclast, The Critical Drinker, aka William Thomas Jordan reviews the new “Top Gun: Maverick” movie.
Joe and I liked the first movie.
Our suspicion is we will like this one too.
The Critical Drinker definitely gives it two thumbs up.
That should be enough for any red-blooded heathen.
It is A-OK with Joe and me:

Zip Ties N Bias Plies
Peg does it again!
A rescue mission to revive a 7.3L IDI Ford F350 turns out as expected.
This man is also an ambassador for Canada.
Don’t believe us?
Check out the comments section: 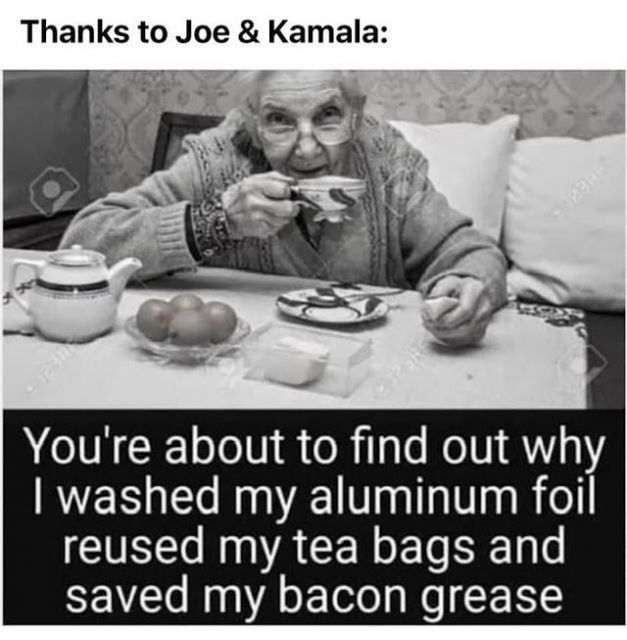 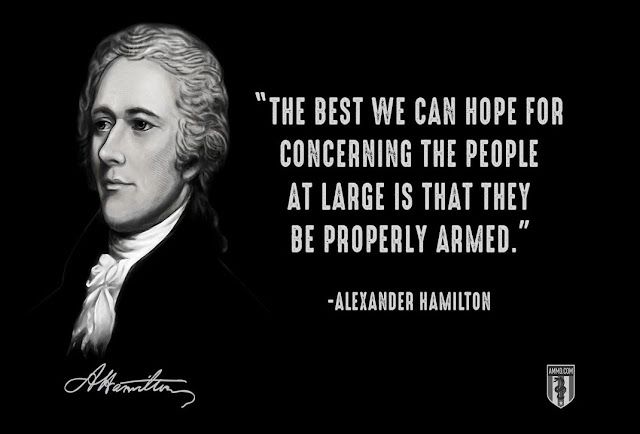 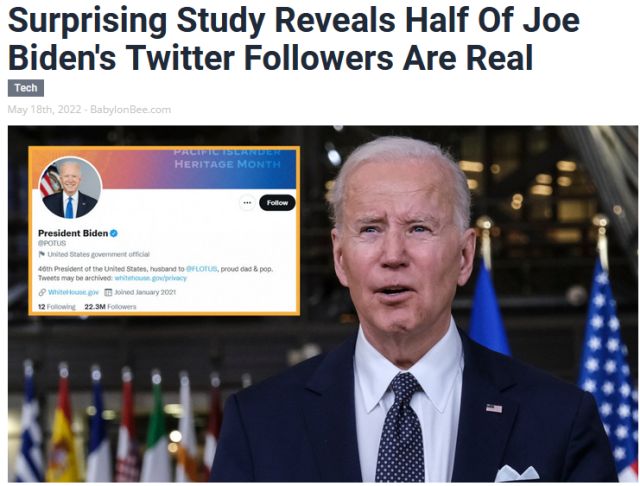 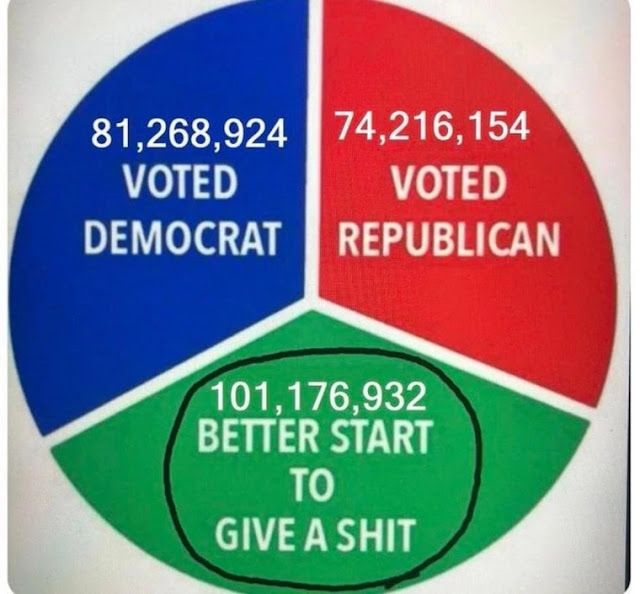 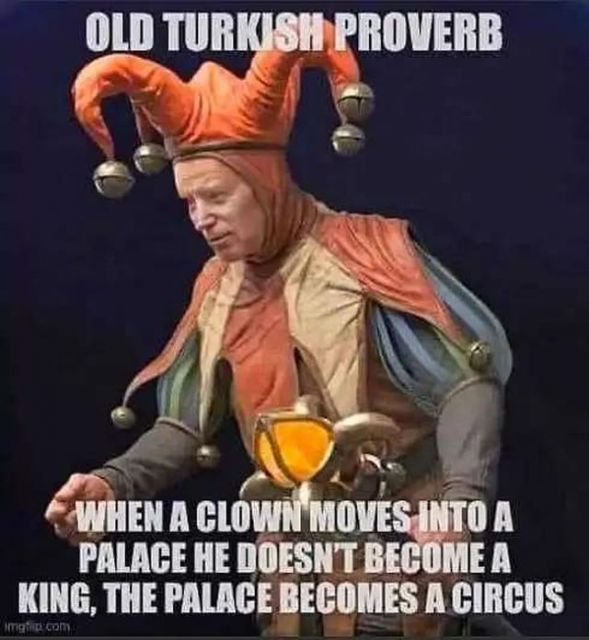 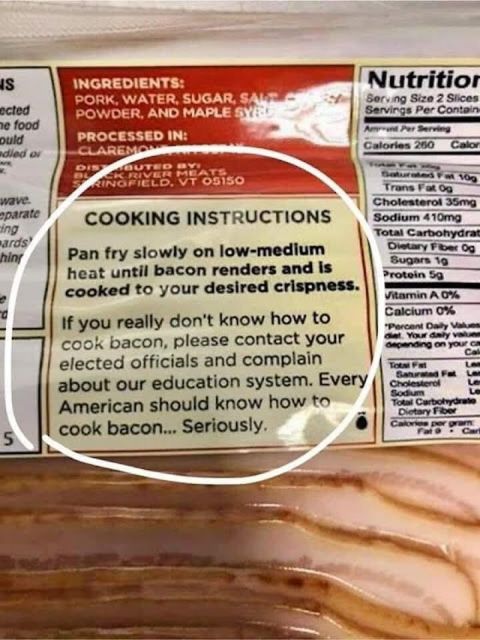 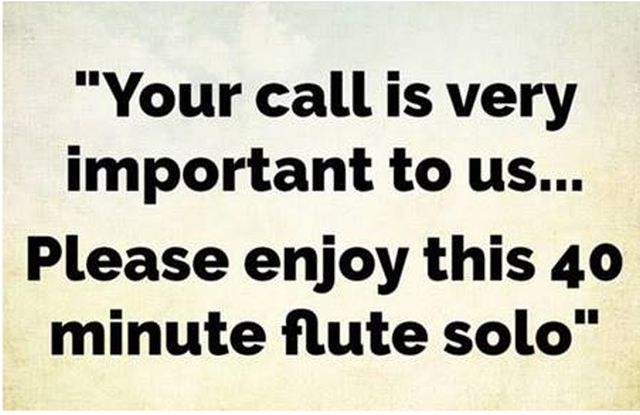 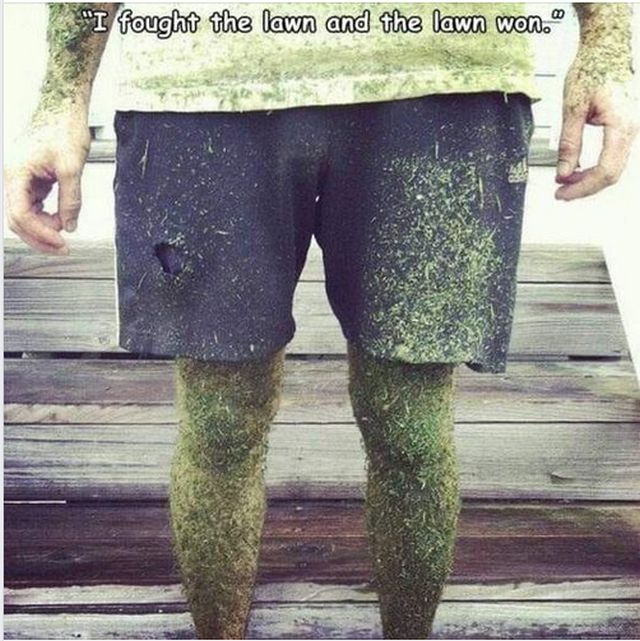 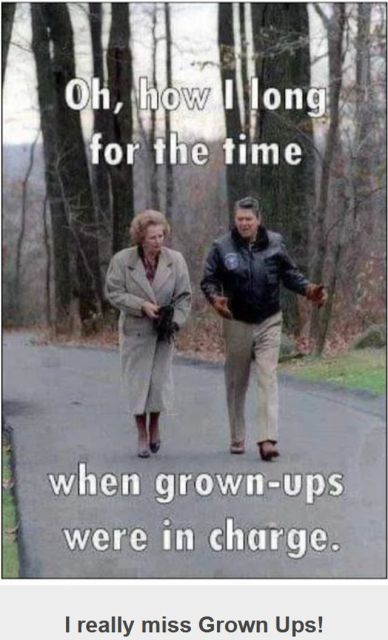 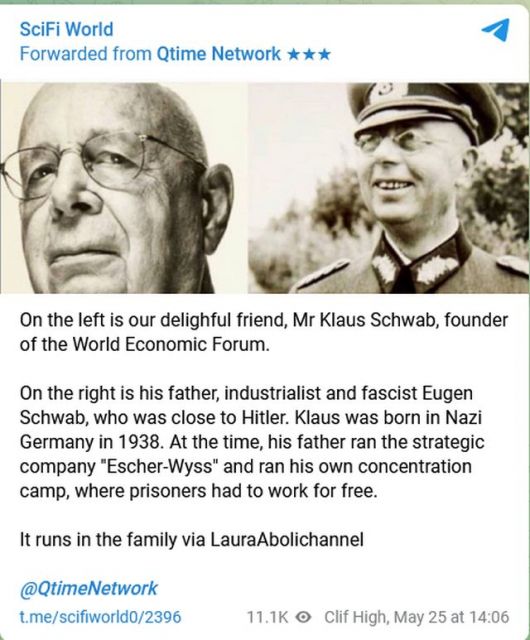 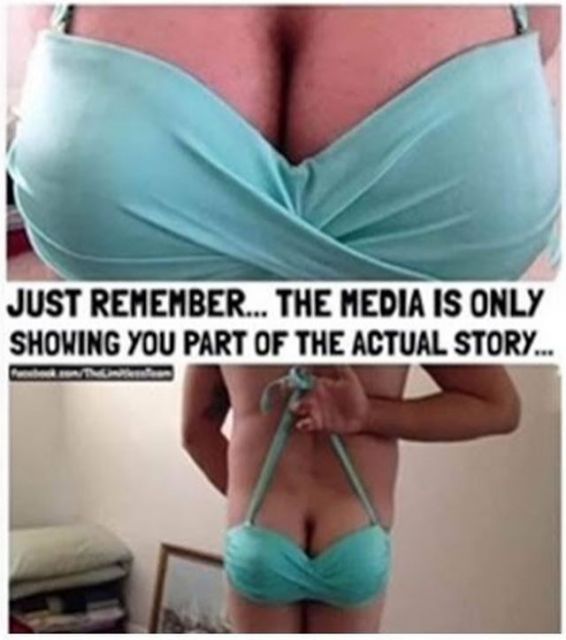 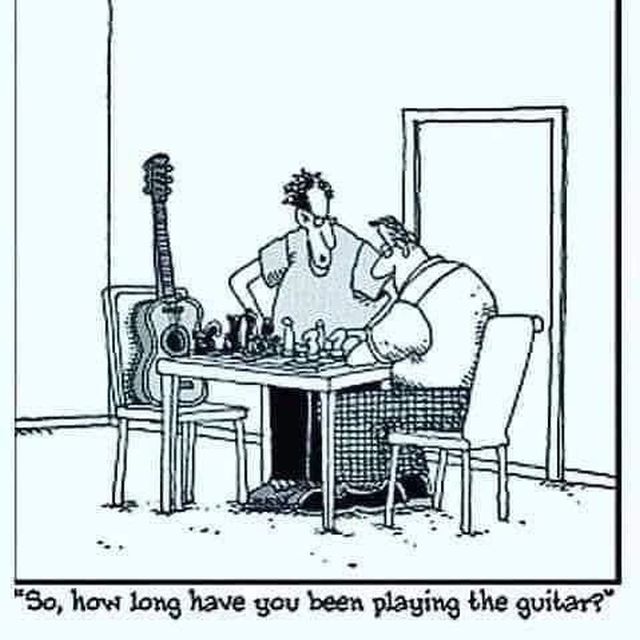 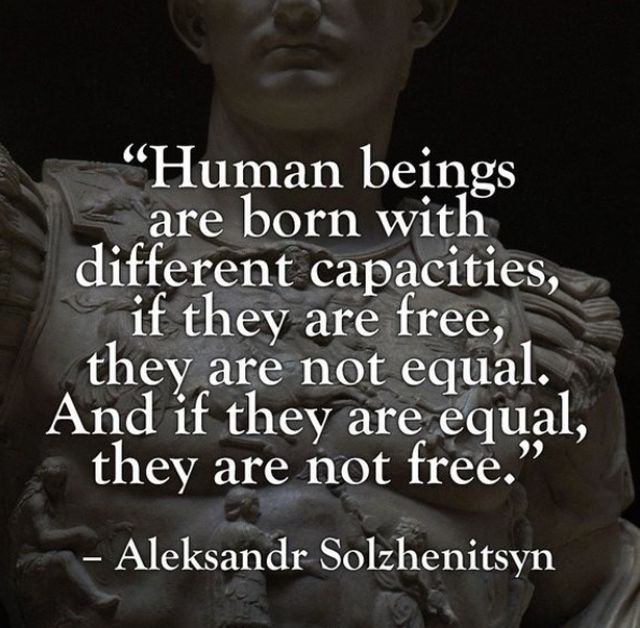 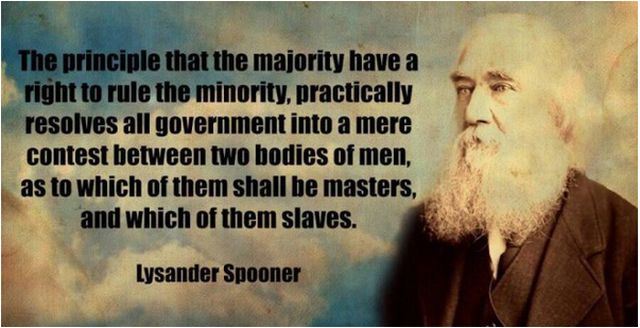 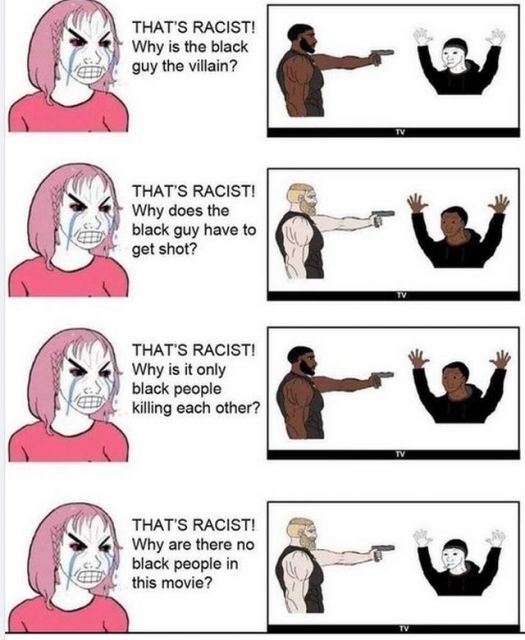 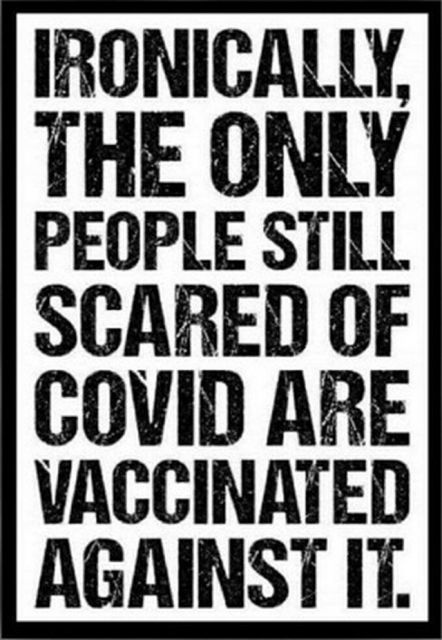 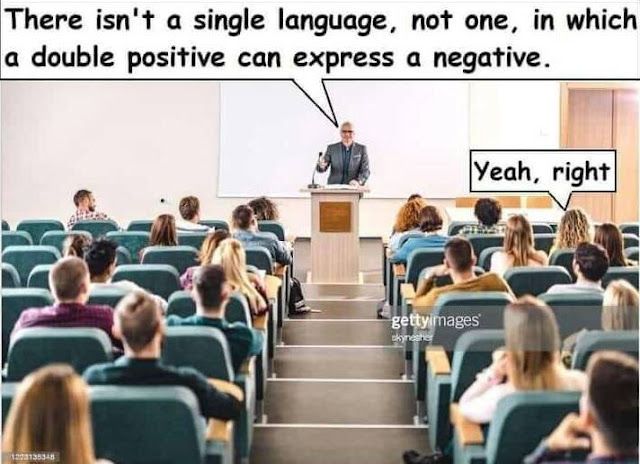 Lots of folks have been anticipating this conversation; Joe and me too.
Dr. Jordan Peterson talks to Dr. Richard Dawking.
We think Dr. Peterson was so excited to talk to Dr. Dawking that he forgot his manners and spoke overly.
Nonetheless, an interesting and revealing discussion whereby these two intellects compared and contrasted perspectives, beliefs, and syntax.
Joe says the time flew by:

This week in Vernon BC has been a warmer continuation of the same old.
It has now rained every day for two months.
The forecast is for no rain on Wednesday and Thursday.
Long ago and far away, Joe and I spent a summer in Tucson AZ.
It was crazy good hot every day.
Maybe it was a unique year, because it rained occasionally at night.
Never during the day.
We say again, never during the day.
Our weather in Vernon has been raining on some mysterious schedule.
Some days in the early morning.
Other days, sunny until late afternoon, then here comes the rain.
Night rain too.
Joe and I have not established a repetitive work regime, because most of what we do is outside, and most of what we do isn’t best done in rain.
Two days of wild wind this week too.
Less than a month to the first day of Summer.
We have no idea what the Farmer’s Almanac predicts for the next 4 months.
Joe is expecting record highs, no cloud, no rain, no mercy.
I can do that too. 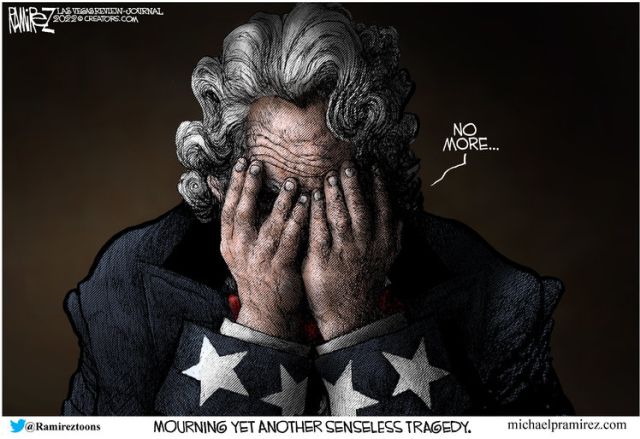 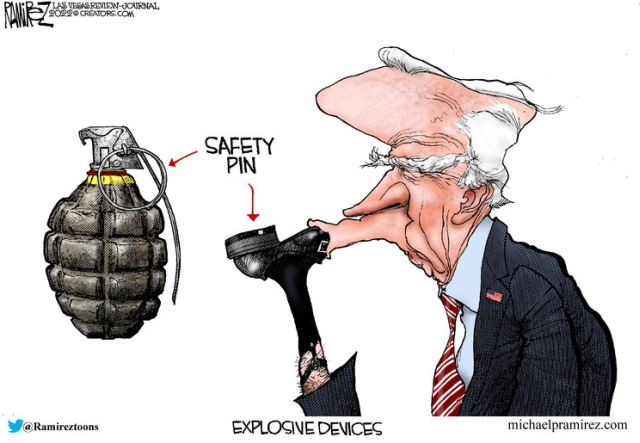 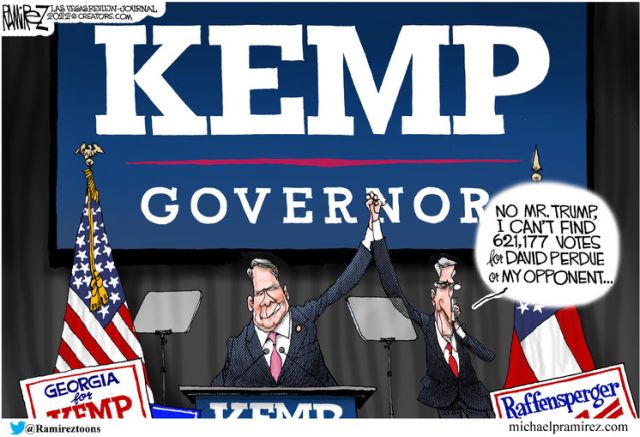 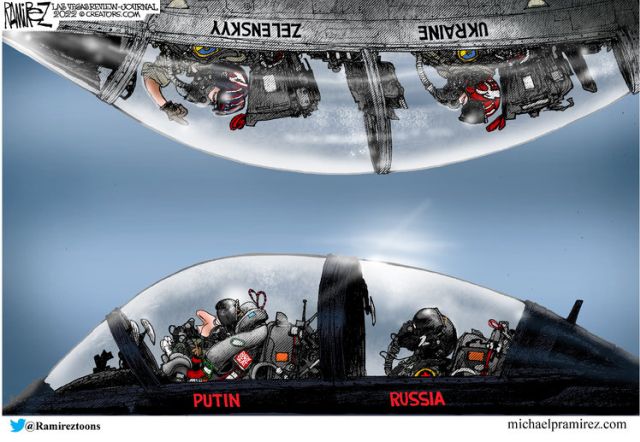 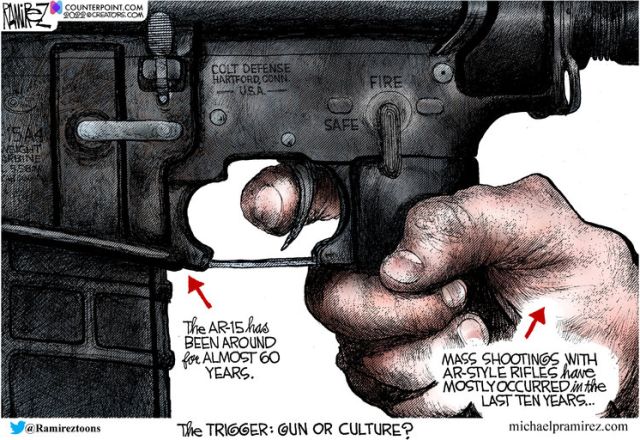