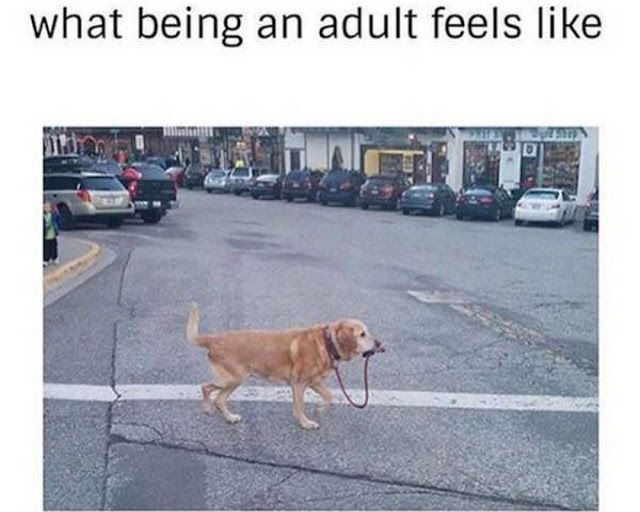 Joe’s Comment – It’s a dog’s life, being an adult.  Wouldn’t have it any other way.

American Memorial Day
Monday, May 28th was Memorial Day in America.
Ben Stein summarizes the debt of gratitude due the Allied forces.
He also recognizes the contribution of the Russian armed forces: Ben considers their sacrifice to be the salvation of Western countries.
It would be grand if all the Allied survivors came home after World War II.
And World War I, too, which was called the Great War until WWII blossomed.
Unfortunately, the living pawns of war, the POW’s, are at the mercy of the vanquishing forces.  In Europe of 1918 and 1945, the American, Canadian, British, French, and any non Russian POW’s in any camp NOT freed by the West, a terrible reality unraveled.
Russia did not release prisoners from the West to return to their homelands.
This profanity continued in the Korean War and Vietnam.
Diana West discusses this tragic and suppressed shame of our Western politicians. Ms. West’s conversation with Stefan Molyneux has left Joe and I angry, sorrowful, and furious:

IQ Drop in Nations
Here is an interesting graphic –

The website Humans Are Free posted an article titled “IQ Drop Due to Immigration: “Not Sending Their Best”“, from which this graph is reproduced.
Joe and I have long pondered what the ratio is of immigrant “value” entering western nations, in terms of average IQ (or “G factor” if you are anal retentive like Joe).
Our argument is as follows:
Stating fact, the culture, the society of the West cannot survive in a “low IQ” population.
(This begs a question: the top 10 financially distressed American cities are Detroit (87% Black & Hispanic), Memphis (52% B&H), Milwaukee (27% B&H), Atlanta (44% B&H), Baltimore (67% B&H), Fresno (57% B&H), Las Vegas (41% B&H),  Chicago (60% B&H), Tucson (40% B&H), Houston (53% B&H).  Of these 10 cities, 6 were in the top 16 murder cities (% per population) – statistics from Statistical Atlas.  Republicans say their abjectly ruinous economies and standard of living is a result of decades (in the case of New Jersey, over 100 years) of Democrat governance.  Of the above 10 cities, it is true of 8; Fresno is Republican and Las Vegas is non partisan.
Joe says it might be a product of low IQ voters, i.e. Democrat governance due to low average IQ voters falling for the Democrat “free stuff” platform.)
If the average immigrant’s IQ is lower than the average (defined as 100), this is a net burden.
Conversely, if the average immigrant’s IQ is higher than the average, this is a net plus that will benefit the host culture if measured by certain criteria (such as IQ).
However, shouldn’t these above average (by Western standard) individuals stay in their native country to benefit their native culture?  Do they have a moral obligation, either way?
Is the host country obligated to only take low IQ individuals, or high IQ individuals, or no individuals depending on the individuals home country’s needs?
This leads to a discussion of framework:
– Is their native culture oppressive, tyrannical, dictatorial, coercive, limiting personal / economic / cultural freedom?
– Do they have Judeo-Christian values (rights / worth / supremacy of the individual, free speech, personal property, rule of law, free association), or are their values incompatible to those of the West?
– Is their form of government supportive of the rights of the individual; i.e. influenced and controlled by the “will of the people”?

In Honor of Women
Andrew Klavan speaks for Joe and me.
Women have been seduced by third wave feminism to believe they are men.
That is, they can do everything a man can do, equally well.
This is bull shit.
Why would any movement ever, ever, ever play down the absolutely unquestioned unchallenged unequaled and unbelievable special woman ability – to make a human being?
Andrew Klavan is an amazing pundit.
This video of the Andrew Klavan Show Episode 711 showcases his talent.
His analysis of women and the feminist movement is totally accurate.
Wake up, women!: 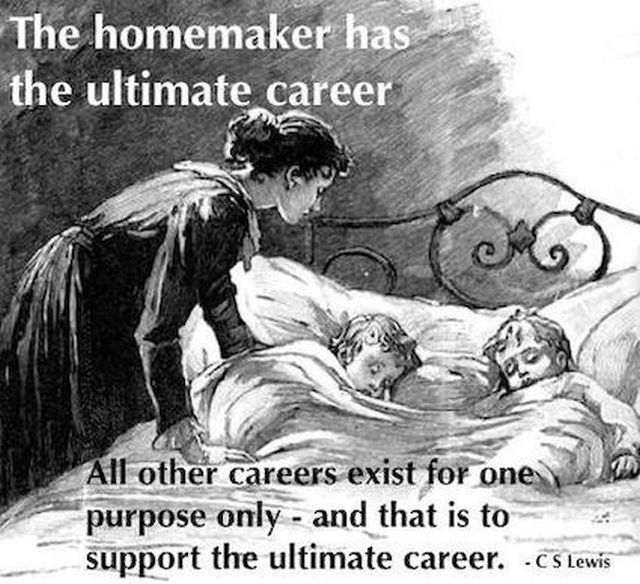 Somebody Should Do Something
Joe and I can’t count the number of times we have heard a complaint about this or that or the other.  Almost without exception, the suffix statement is “somebody should do something”.
Watch the following.
You will see some somebodies do some something.
Sick and tired and tired and sick of pleading with a gridlocked Congress for relief from illegal aliens breaching the border, these patriots started a movement to fund private border wall construction.
Brian Kolfage, a disabled American veteran, founded a movement called “We Build The Wall Inc“.  This link has much more detail about the organization, the funding, the building of, and the political support for We Build the Wall.
Due to death threats, political flack, cartel pressure, and bureaucratic mumbo-jumbo from government at all levels, the work of this group of stalwarts has been kept secret.
The following video is proof of their concept.
This is a press conference to reveal their first half mile of wall construction near El Paso TX near Monument One and Sunland Park, NM:

Mueller Redux
Joe says Mueller (and his report follow-up report) is like a lingering bad smell.
The more that is revealed the higher the entire “witch hunt” (quoting DJ Trump) stinks to high heaven.
Joe and I have a “holier than thou” attitude about the West, about the legally mandated respect for private property, free speech, the rights of the individual to own property and pursue his / her / its own interest, the right to life, liberty, and pursuit of happiness (not the jolly gay happy kind of happiness).
Sine non qua – without which, nothing.
When it comes to light that the “wise guys” have manipulated the country bumpkins by using the sacrosanct weapons of the government and the law to bend light in favor, not in truth or law or right, the citizenry has every right to tar and feather with vindictively (apparently lynching is now verboten).
Sidney Powell is a Texas lawyer who has a stellar reputation, and has written a book about misuse of government agencies in the past – “Licensed to Lie”.
Jan Jekielek of The Epoch Times interviews Ms. Powell in light of the bizarre statement from Mr. Mueller regarding his report on collusion and obstruction:

Another excellent conversation with Ms. Powell with Mark Levin from January 2019.
An intensive look at Mueller and Weissmann, their history, and current actions:

If you like horror stories Joe and I recommend watching the above videos.
An American government agency using the weapons of government for nefarious purposes, against American citizens (or organizations), even though eventually reversed by the Supreme Court, it strikes the fear of doG in a fella.  How can the lost time, the lost fortunes, the damaged reputations, the loss of career reward, the ruined relationships ever be restored?
Joe and I are going to watch some Jordan Peterson.
It is a fact that pure evil resides in every soul.
Only the virtuous and moral can chain personal evil in the maximum security cell block of the mind with a conscious effort.
What of the less or non virtuous?
Joe and I will never understand…..

Blue Collar Logic (aka SOGOTP)
Joe and I have very limited exposure, association, contact, or cultural interface with the minority described as “Black American”.
We have more experience interacting with Caribbean and African black persons, although overall, very little exposure.
OTOH, we have read thought provokative literature, research documentation, popular psychology, and watched a thousand + hours of YoubeTube videos arguing the world population IQ statistics and what it all means.
Time, study, experimentation, testing, data collecting, facts – all seem to point to a universal and (to date) unchanging status quo.
It may be sad, but factually true.
What to do?
Dave Morrison of Blue Collar Logic has a unique coinage to describe a form of soft racism – “black nosing”.
His point is color blind.
Reward excellence.
Identify and reject negative harmful destructive behavior.
Be consistent.
Joe and I say this approach will not fix the world.
What it will do is open an avenue for people to improve themselves, thereby benefiting society at large.
To be clear, there will still be bad people.
Joe says this is a form of SOGOTP (shit or get off the pot):

Rocket Science
Here we go!
We watched a few videos about Elon Musk this week, specifically interested in Space X, and the re-usable first or main stage rocket body.
And the Mars mission objective.
Having been told that “it ain’t rocket science” as a measure of difficulty for most of our life, we thought that after 70 years of existence we must be at or near or over the hill (apogee wise) of the holy trinity of cognizance: experience, wisdom, knowledge.
In other words, we’re as good as we get, so it’s now or never!

What is special about rockets that evades simplicity?
From Joe’s perspective, the design of an internal combustion engine of variable output using a variety of available fuels to be used in an ever changing (ratio wise) oxygen rich corrosive environment (we’re talking Earth’s atmosphere) that must be efficient, enduring, and (relatively) inexpensive is a tough problem.  The modern computer controlled automotive / transport IC engine is a marvel of metallurgy development, applied physics, electronic transceiver design, and chemical engineering schools.
Whereas rockets carry their own oxidant and fuel, expend same, and are done.
What’s the big deal?
Joe goes to rocket school…..

Tstud™
Joe and I have done some framing in the last year.
We are busy insulating, wiring, vapor barrier hanging, and covering.
The insulation we are using is Rockwool©, because it is water resistant (can be dried and re-used), and mouse / rodent proof (they don’t like chewing rock!).
We were happy with our work.
Until we saw this video about a product called Tstud, invented by  Brian Iverson, of Minneapolis, Minnesota.
This product will replace 2X6, 2X8, 2X??? standard framing lumber, deliver excellent insulation values, and out perform in terms of strength.  Building with Tstud alone is compliant with hurricane and seismic standards.
Builder Matt Risinger explains the product, and discusses performance with Brian Iverson in the following video:

More info at the YoubeTube Tstud channel, or the Tstud webpage.
Joe says why didn’t I think of that?  Excellent concept! 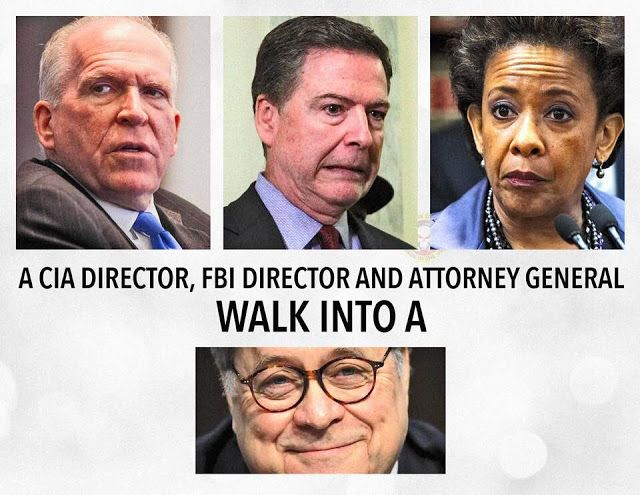 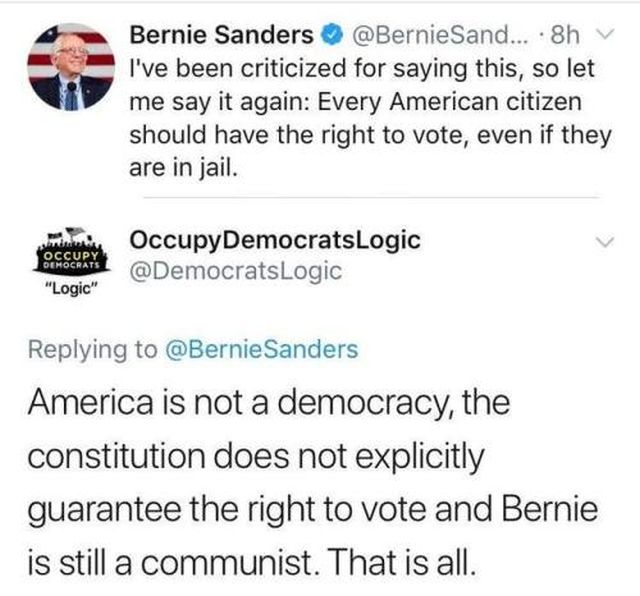 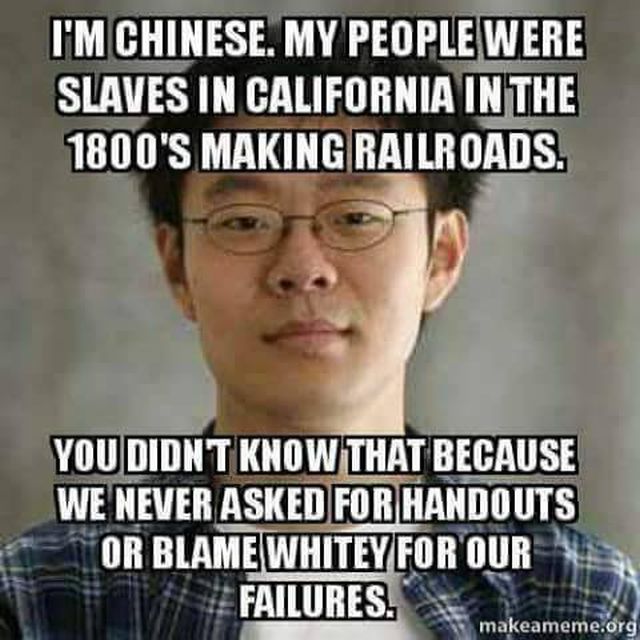 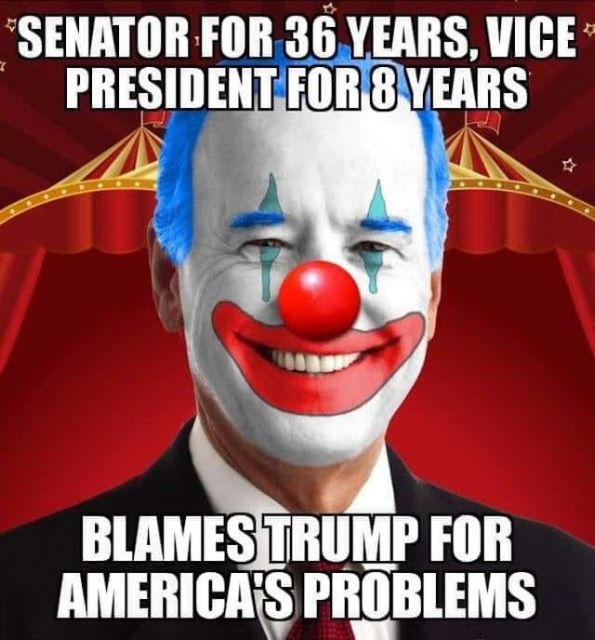 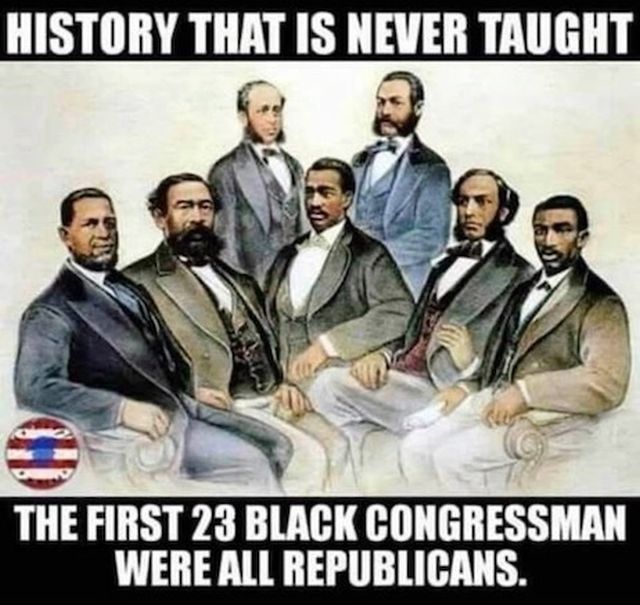 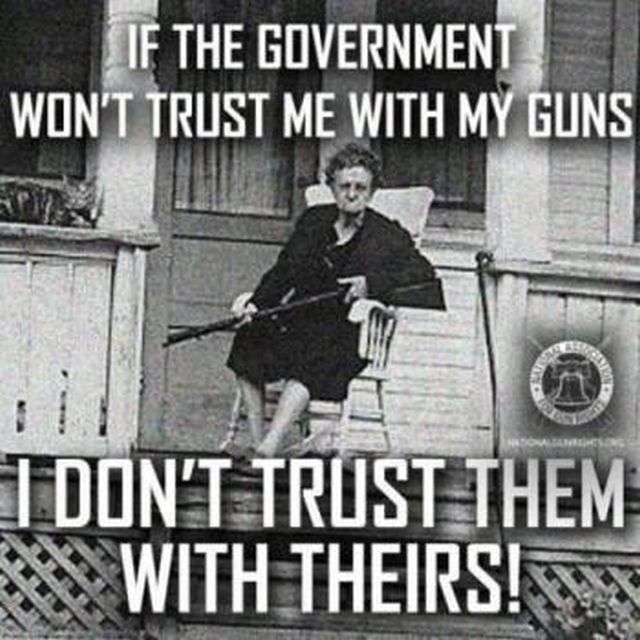 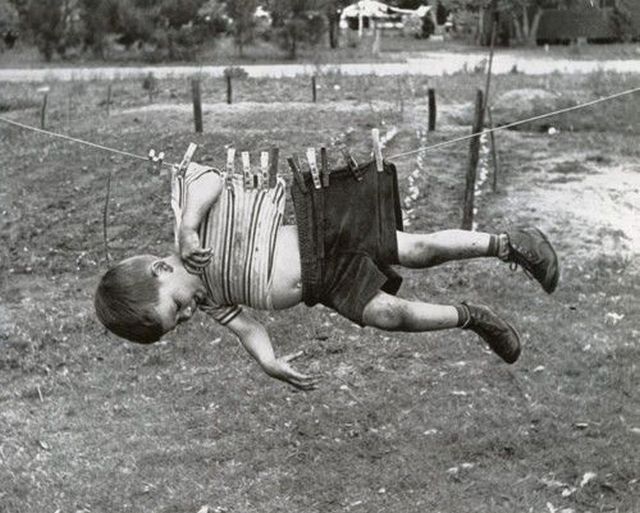 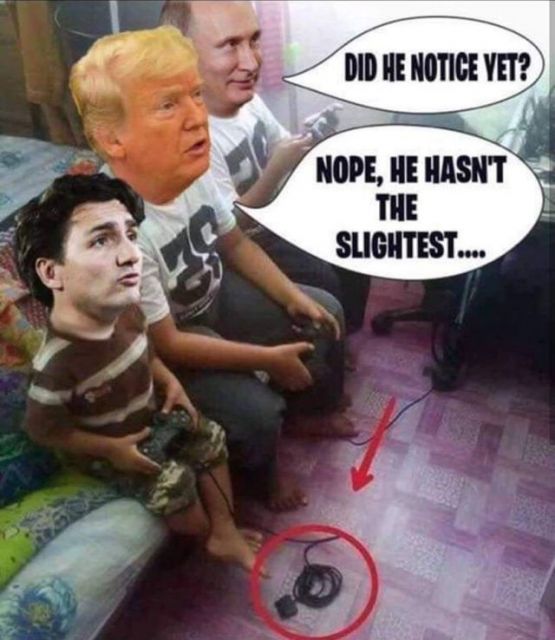 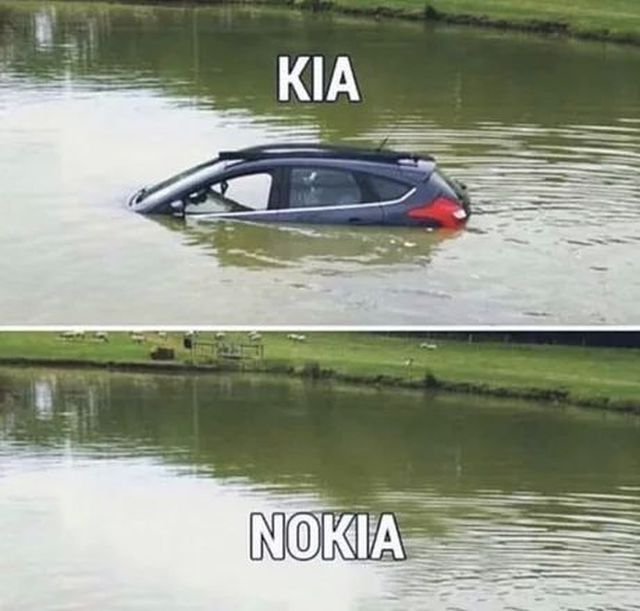 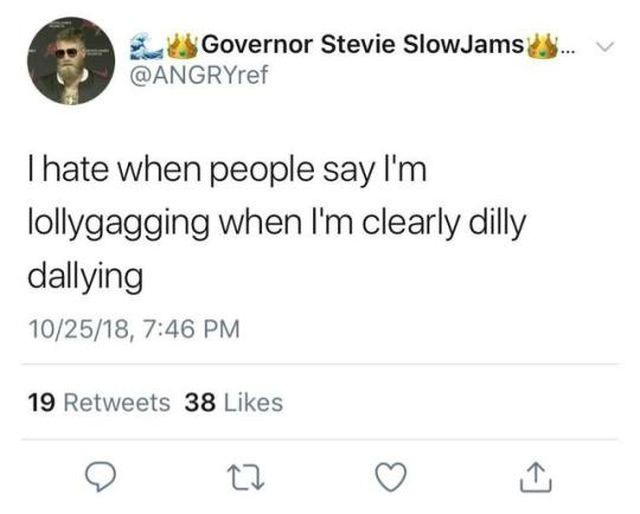 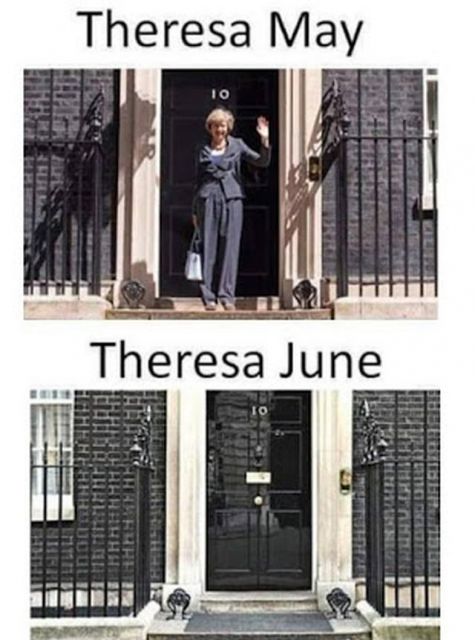 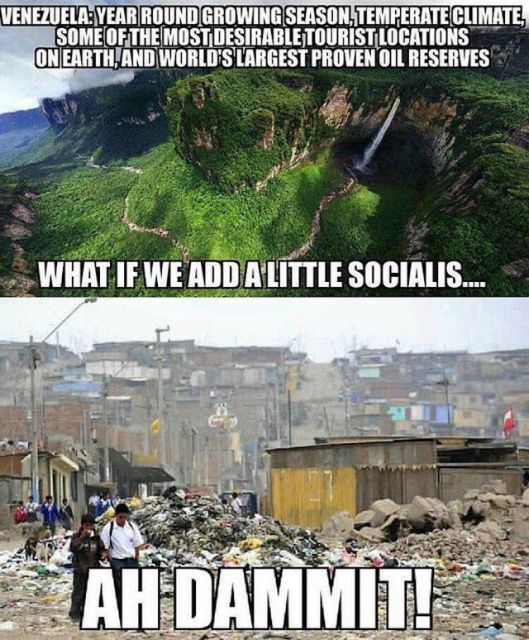 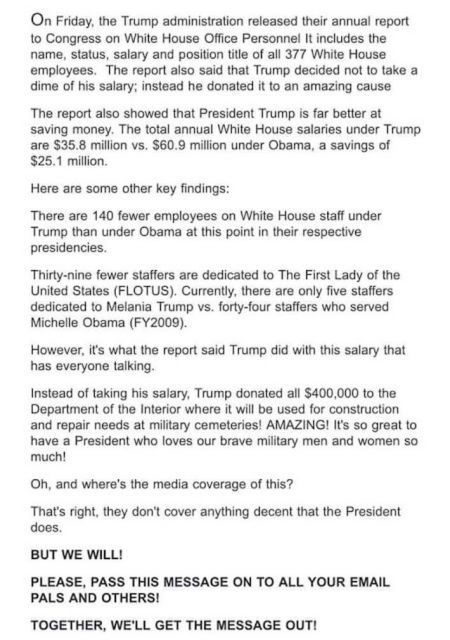 This week the pulpit hosts Theo Van and Jordan Peterson in a short discussion about alcohol.
Pros and cons.
Spoiler alert – the cons outweigh the pros.
This is a subject close to our personal life.
Joe and I invariably preface discussion of this topic with concepts such as will power, and disclaiming the existence of “addiction”.
Of course, any time you try to have a conversation with such self identified bias and prejudice, the end result is not positive, not constructive, not changing.
This is a non judgemental assessment by a psychologist.
Joe and I appreciated JBP making statements such as “alcohol is a good drug for coping with anxiety”, “if you really like alcohol it does two things to you: it makes you more extroverted and enthusiastic, more full of positive emotion, while you are on the ascending limb of the blood alcohol curve, and two, it lessens anxiety”,   “it actually doesn’t make people stupid.  It makes you care less about risk taking”.
The romance and reality of alcohol in 15 minutes:

The entire discussion is very interesting.
Here it is:

This week in Vernon BC was an excellent prelude to Summer.
Actually, really, spectacularly hot!
The sun was supreme.
There is a wonderful satisfaction being in Vernon in great weather.
You will never ever hear from Joe or me one single complaint about hot weather.
More than a promise….. 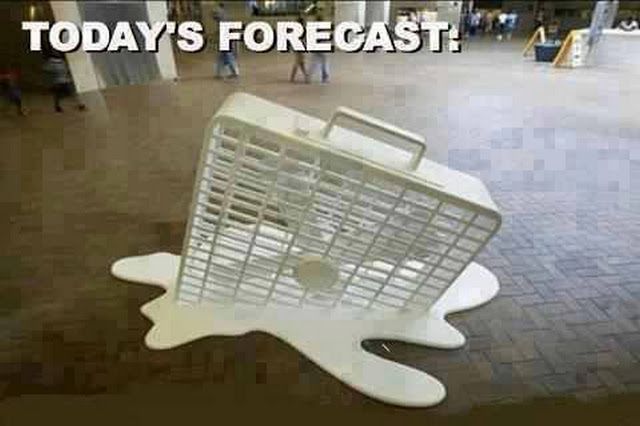 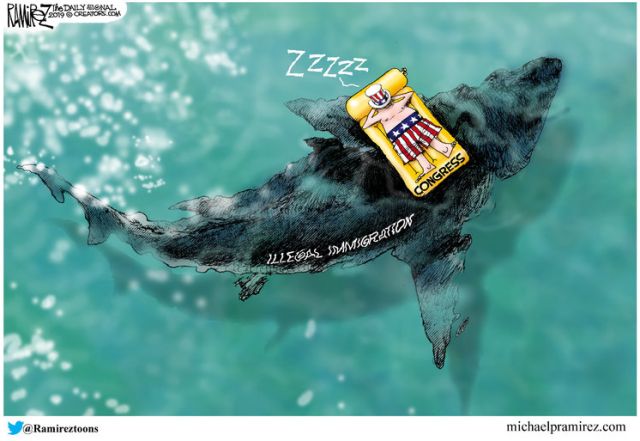 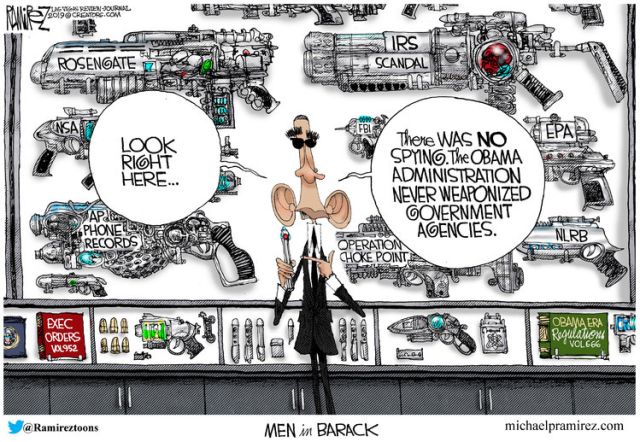 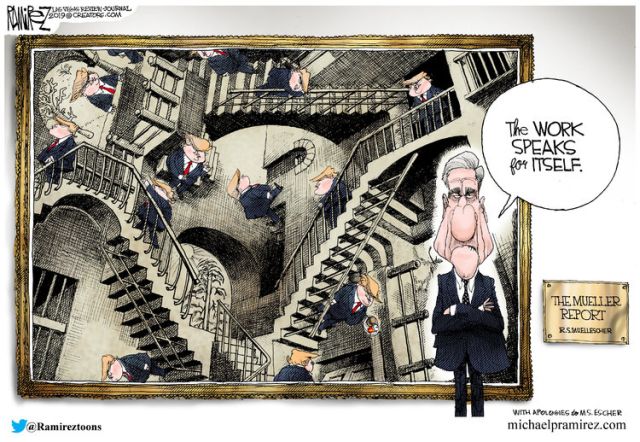 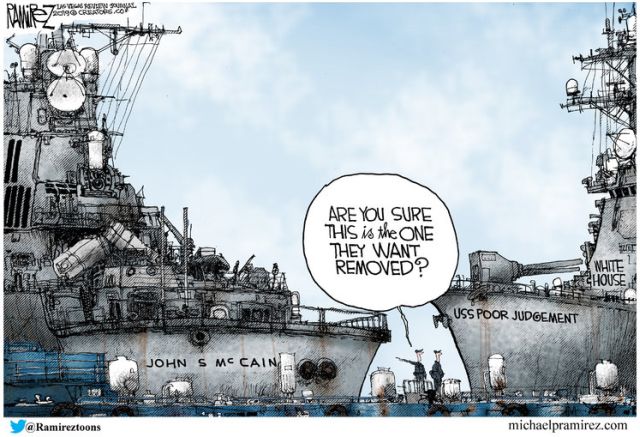 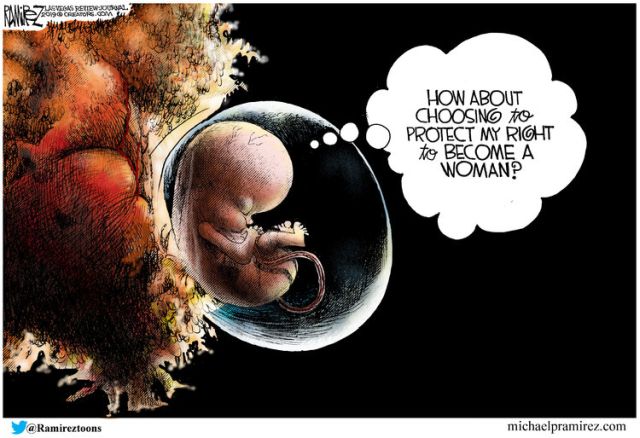 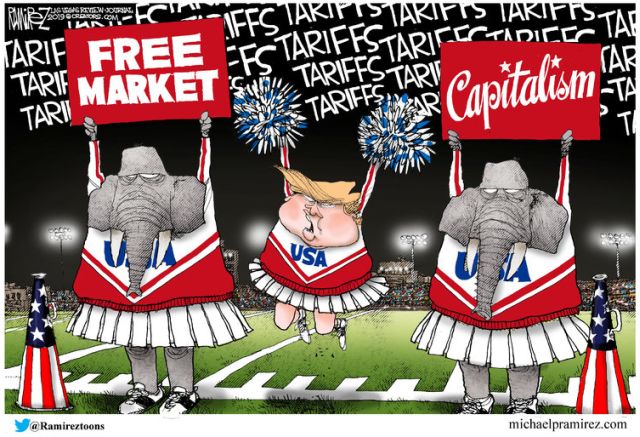