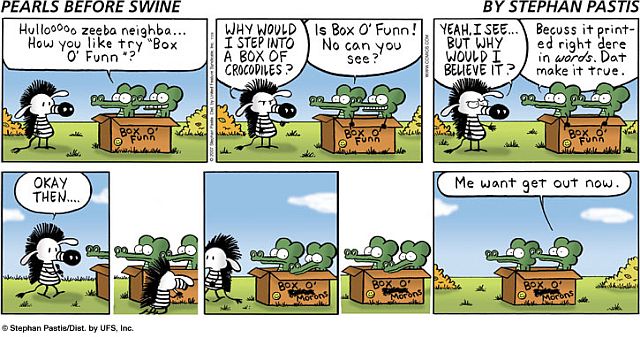 Joe’s Comment – Every time I think I’m the zebra, it turns out I’m a crocodile.
Doesn’t seem much I can do about it.

Last Man Standing
Joe and I laughed and smiled a lot watching Tim Allen & Co. perform in the sitcom “Last Man Standing”.
The mix of satire, conservative vs other ideology, and political comment made all six seasons (TV!) a pleasure to idle away a “few whiles” (as son Donald coined many years ago).
We always enjoyed his stand-up comedy too, because he took common themes and stretched them to the limit to reveal the human orthodoxy behind his observation(s).
And, he doesn’t have to say “motherfucker” or the “nigger” word, or any of a host of so-called profanities to impart his meaning with precision and good humor.
Anyway, Last Man Standing was aired on ABC network but “owned” by 20th Century Fox.  After six years, ABC did not renew the series although it was their second highest rated show.  It was a surprise to Tim Allen and the cast and the fans of the show – the failure by ABC to renew was not anticipated – the show was cancelled in 2017.
Many fans, Joe and I included, thought there might be a whiff of Hollywood politics involved in the cancellation.  According to this article, there are many reasons, including those espoused by ABC, that are plausible and possible.
Why did Joe and I like to watch?  An example is in order.
Here is Mike Baxter (Tim Allen) with his daughter Mandy Baxter (Molly Ephraim) as they talk about editing his speech to her college class for “politically incorrect” transgressions.  From S6 E9, titled “Precious Snowflake”:

Which reminds Joe and I of the iconic and epic PC observations of Colin Quinn:

The idea of ever smaller ever selective “minorities” determining the language of the culture gives Joe and I the shivers.  We are so not PC it is only a matter of time until our carcass is stewing in hot water.  As cartoonist Stephan Pastis so eloquently states the case –

Dial forward…..
Last Man Standing will resume in the fall of 2018.
We look forward to clean biting humor…. some of it political in nature.

IQ² Interview
Dr. Jordan Peterson has a discussion (for the nth time) with a person who has a misconception about his position and perspective.
The interviewer, Anne McElvoy, is a senior editor of The Economist.
Joe and I have literally watched dozens of “interviews” with Dr. Peterson.
We have watched hundreds of hours of his university lectures.
Our observation?
Some of these “interviewers” should do the audience a favor by familiarizing themselves with Dr. Peterson’s work and message.
We are growing weary of smart people not equipped to joust with a very focused and passionate Dr. Jordan Peterson.  It short changes JBP and the audience.
View for yourself.  Make up your own mind:

On the other hand, this interview with Bettina Arndt (Australian psychologist) is an open discussion of some of the pitfalls and pratfalls of delivering the data supported facts to the hoi polloi.  Not confrontational, not biased, not screaming emotional Armageddon.  An exchange of ideas between professionals.  To quote Jordan in this video, “we live in a delusion of a 13 year old adolescent”…..  More, please:

Intellectual Froglegs
Joe Dan Gorman has been true to his colors for as long as Joe and I have been scribing this rant.
Excellence!
Seems like his intuition was spot on:

Inequality Myths
The devil is in the detail:

Bacteria are older than humanity by an order of magnitude.  Medicine has had a fixed idea of the 5 W’s and H of bacteria life.
Bonnie Bassler and her team have discovered that bacteria communicate – intra and inter species!
This research is believed to be the key to developing a new family of antibiotics to counter the “bad” bacteria, and a methodology to enhance the “good” bacteria.  Her research team’s average age is between 20 and 30 years of age:

In the following video, Geraldine Hamilton models the game-changer for testing medicines – human on a chip.
This technology eliminates the historic methods of testing new drugs (test dishes like agar and living animals).  Because human cells don’t thrive in a test dish without their native environment, and because testing with animals other than human cannot predict exactly how a human will react, these two methods are inefficient and thus costly, both in time and $$$.
Geraldine and Co. are growing human cells on chips.  A lung-on-a-chip.  A stomach-on-a-chip.  An entire digestive system on a chip.
She predicts the future will have individualized chips for custom tailored medication / health solutions for each person.
Joe says cool!: 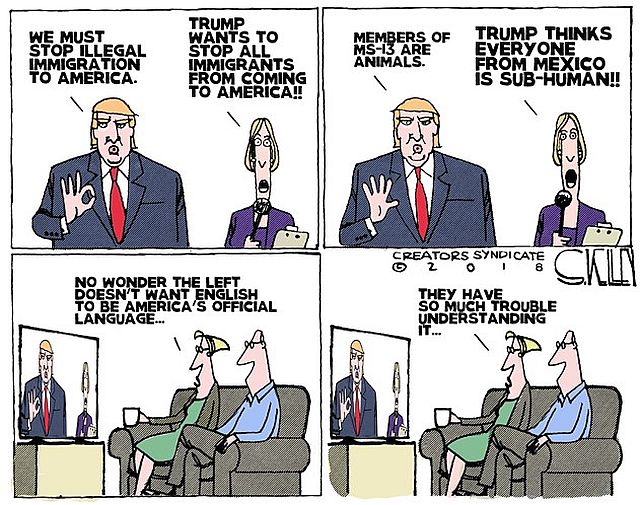 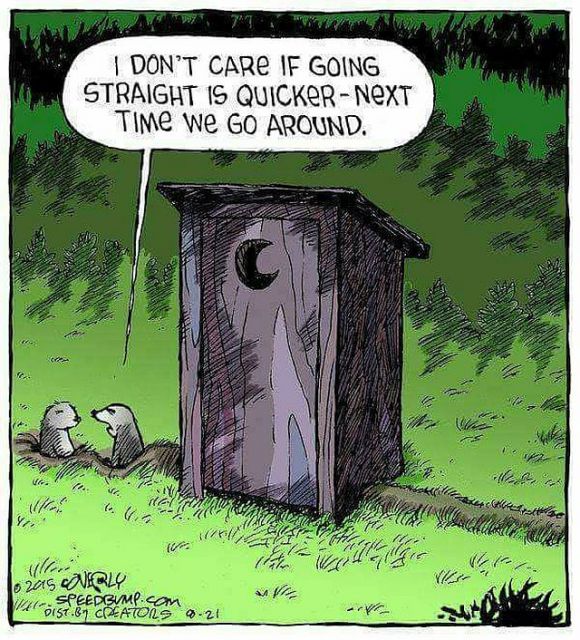 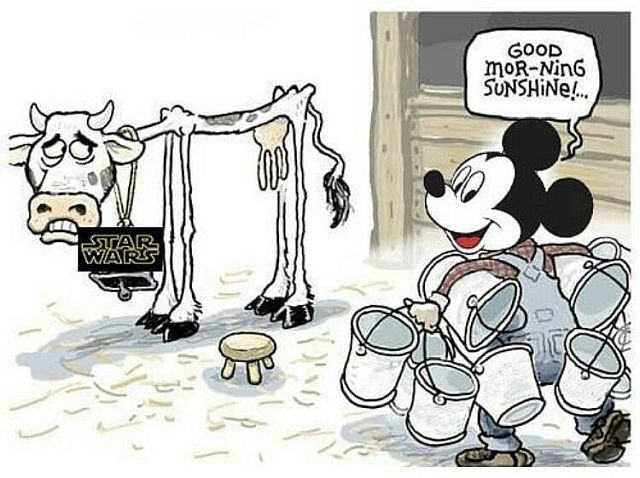 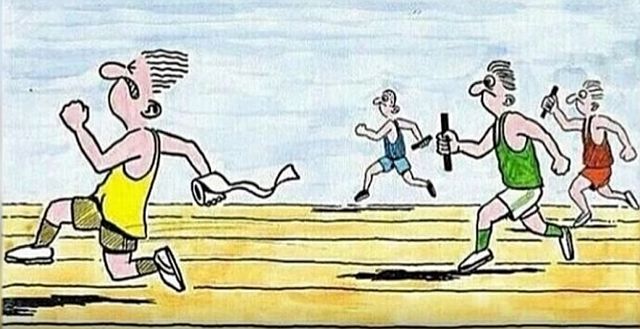 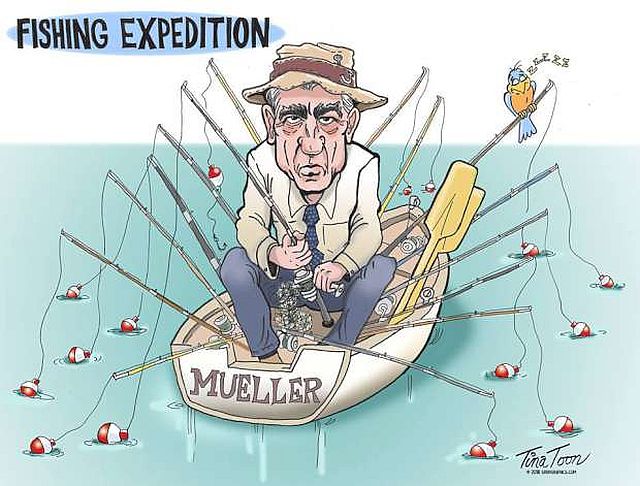 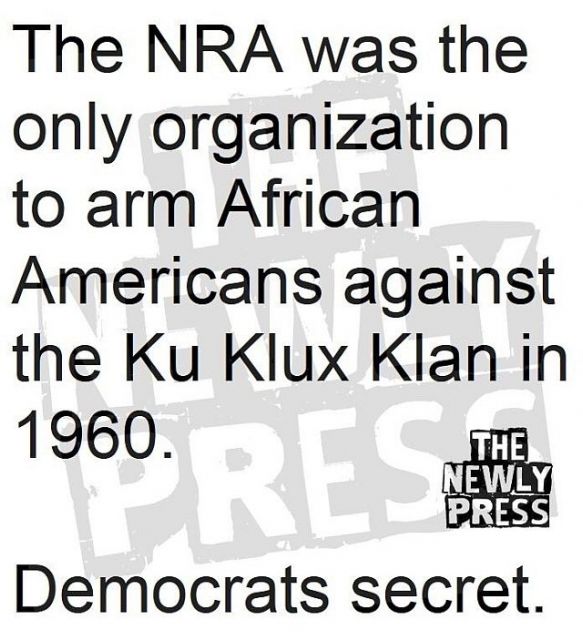 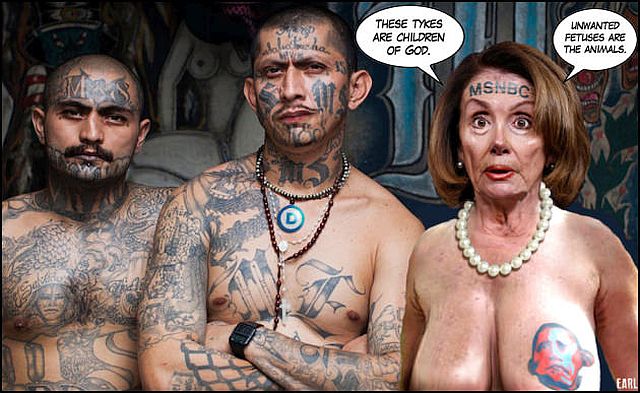 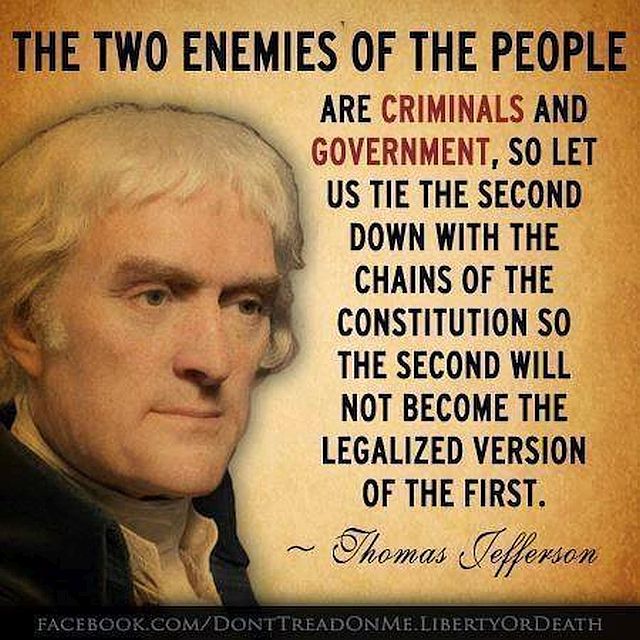 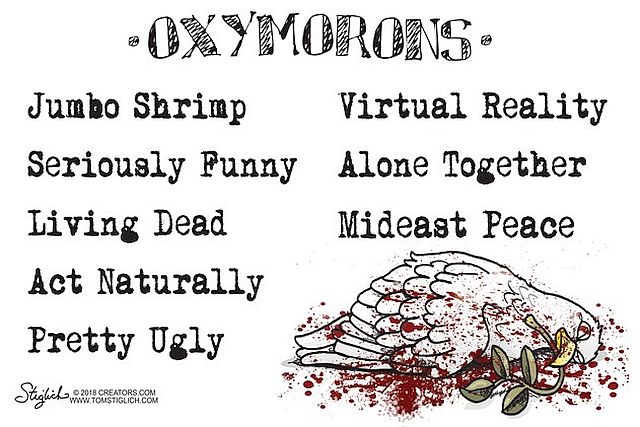 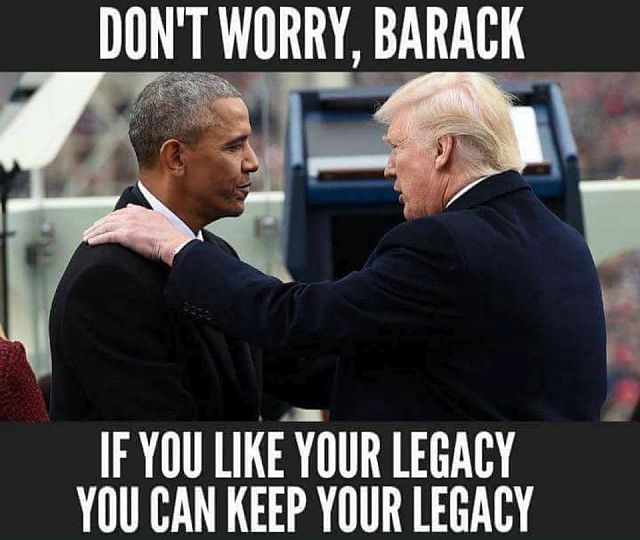 Last week was the final Jordan B. Peterson psychological analysis of the Old Testament bible stories.  To be continued (when Dr. Peterson continues).
This week, another Canadian professor, Dr. Janice Fiamengo, author of “the Fiamengo File” presentations (viewable on YoubeTube), makes her argument against “third wave feminists” with File #1: Why I Am an Anti-Feminist”.  This was posted to YoubeTube in 2015.
Her outspoken opinions led to protesters at the University of Ottawa interrupting her speaking engagement in March of 2014: the event was moved to another U of O venue.  She argues that academic feminism has been hijacked by leftist politicos with a grievance against the “patriarchal hierarchy” or some such twaddle.
This is the first of what are over 80 Fiamengo File volumes.
Joe and I will post a few of these early presentations then zoom ahead in time.
We think she is clear and convincing in her argument:

This week in Vernon the pre-summer heat and sun and loveliness came to an end.
Early in the week had sunny warm days but mid-week unsettled cloud patterns came drifting across the sky.
Cloud.
Cold – I thought the furnace would kick in on Thursday and Friday morning.  Joe told me later that he shut the damn thing off the first week of May.  Maybe that’s why it DIDN’T come on…..
Today, Sunday, the rain came.  First as a spitty spotty sprinkle.  Then as big fat wobbly rain drops.  Get your shirt soaked in a few seconds.
Everyone says we need the rain, and cool the air – snow  pack run-off isn’t finished.
Joe says we have 5 boats in the yard.  Not one of them runs, but all of them float.
I hope that Summer comes back early and stays late. 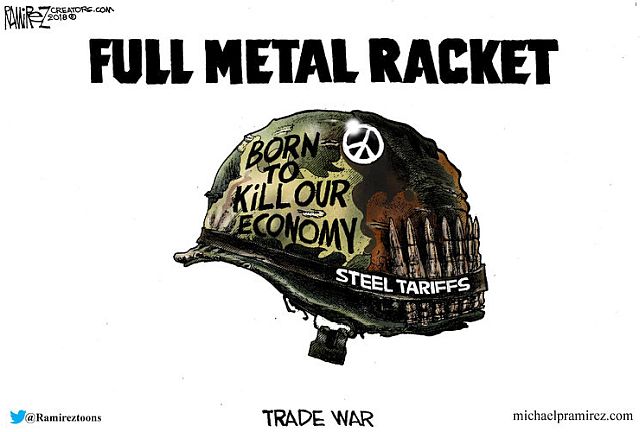 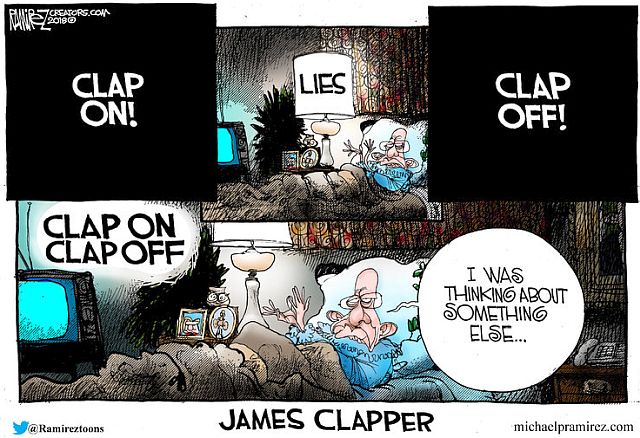 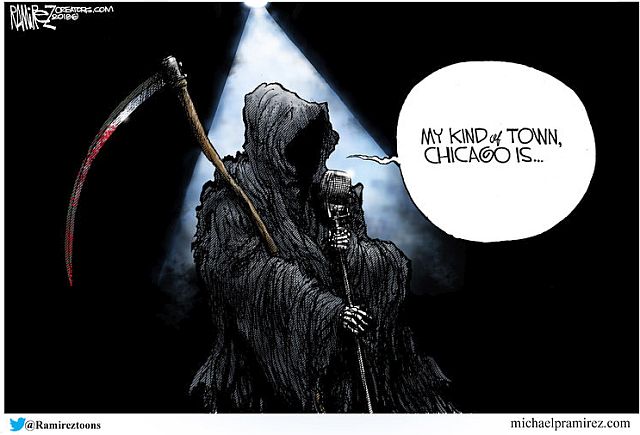 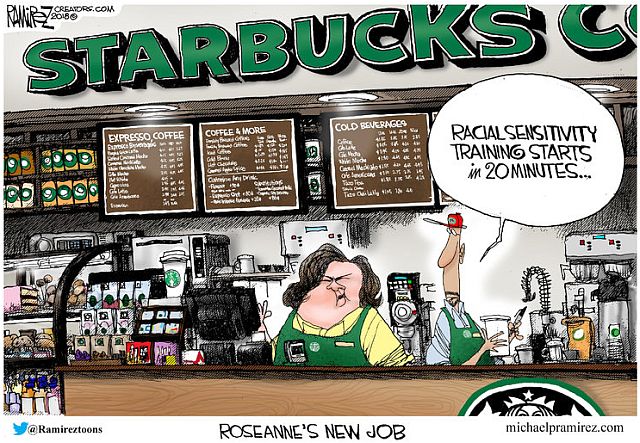 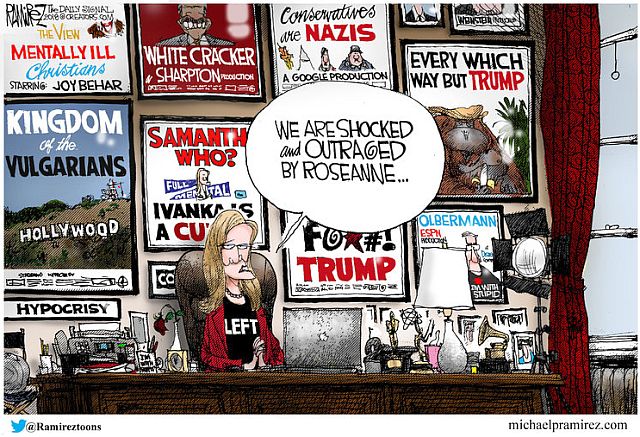