An apology to anyone reading this email. It was sent in error TWICE this week! There be monsters………. 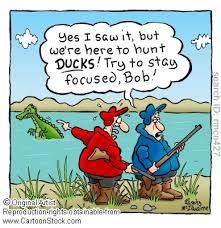 There may be a solution………… FINALLY!

The idiocy of my keyboarding which sends my journal prematurely (blush!) IS UNDERSTOOD!

The dreaded keyboard strokes that send a gmail email winging on gossamer hyperlinks is as follows:

TAB key then ENTER key from anywhere in a line. Keyboarding as if typing a note in MS WORD doesn’t work with gmail. I wonder if it’s the same with other mail clients?

And this is how you control the keyboard shortcuts:

The curiosity and mystery is my keyboard settings were set to “off” but the key combo still sent the email. There is no mechanism in Gmail to retrieve a sent email. Grrrrrrrrrrrrrrr………. 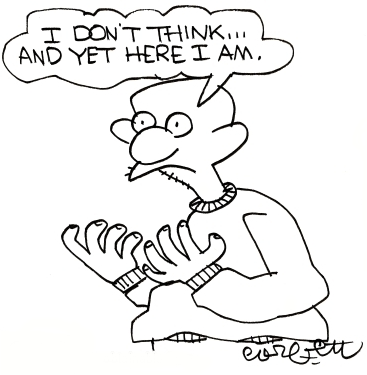 Memory is not static for me. The abuse of power demonstrated by the current administration defies description. I’m at a loss for words. Thank God (or your “higher power” of choice) for Jeanine Pirro. This is an excellent no-holds-barred assessment to date of the activities this corrupt administration. She is heroic:

This is a MUST VIEW over and over again.

Four events (out of hundreds) that should bring about the end of the Obambi administration and the end of his presidency. These are only four of many (too many) – it can’t be incompetence for them all, can it?:

Of course, progressive thinking won’t allow the admission of culpability in any of them. What a sad, incompetent, ignorant, and dangerous mob. 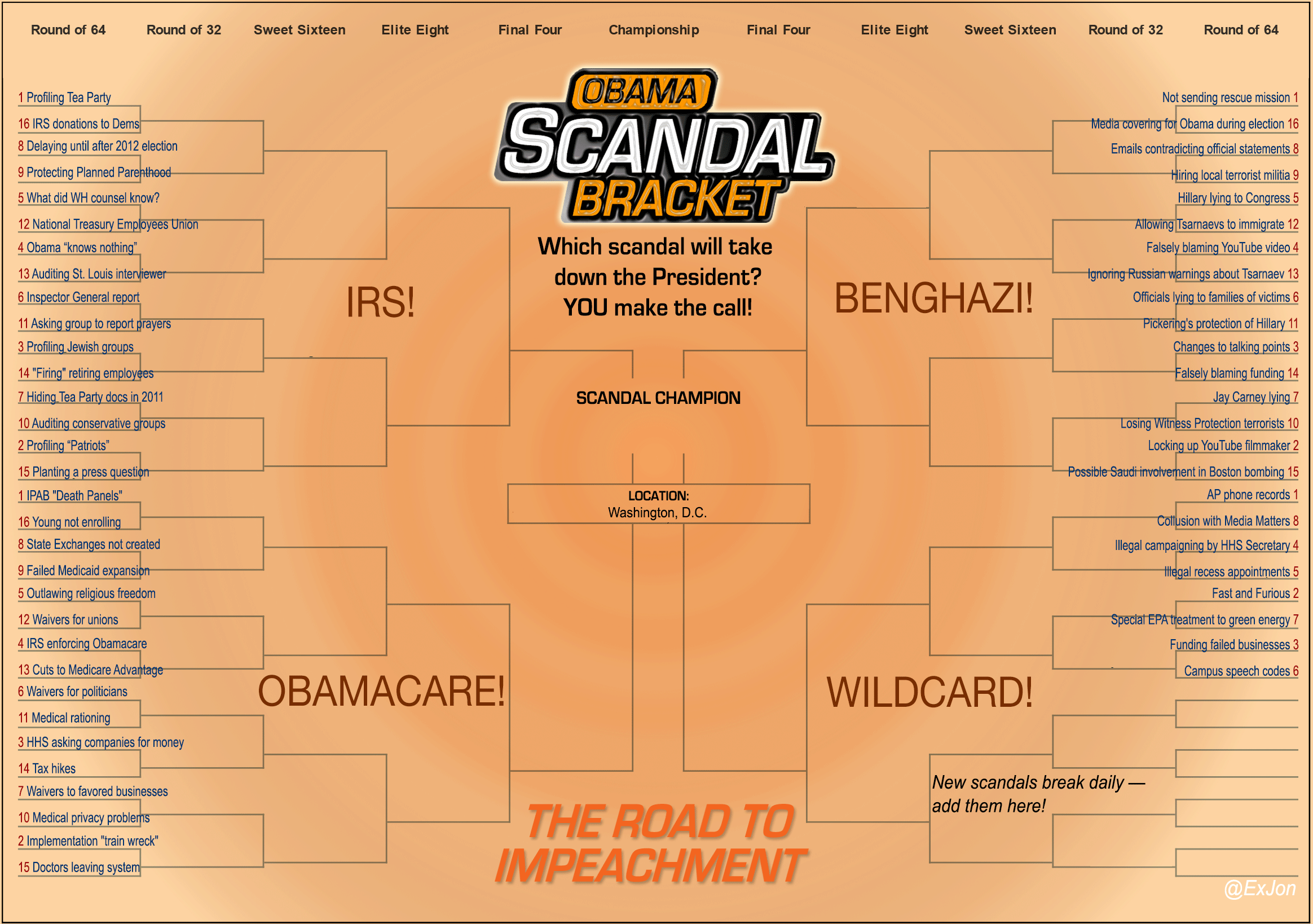 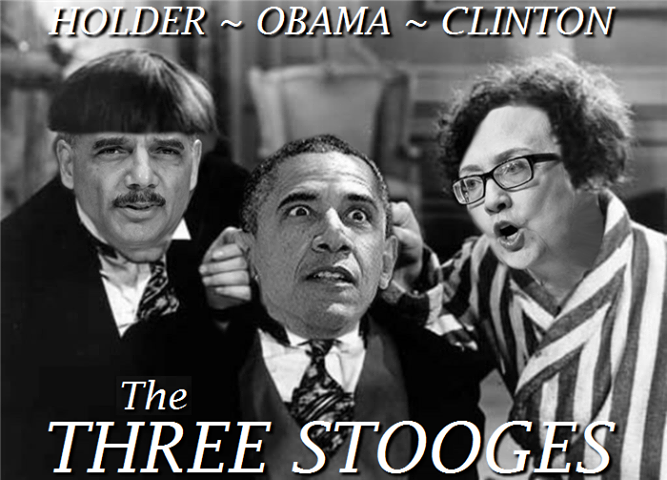 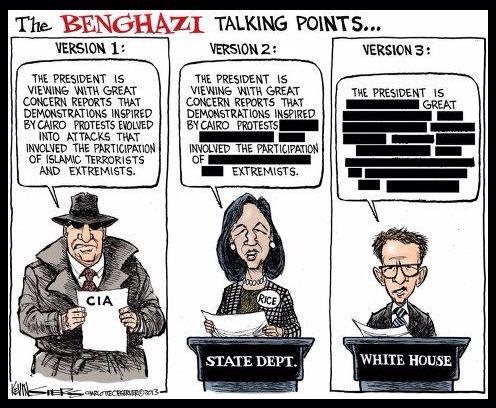 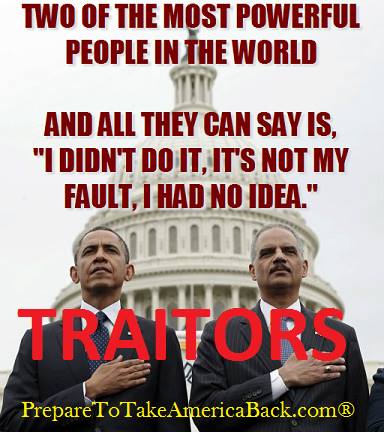 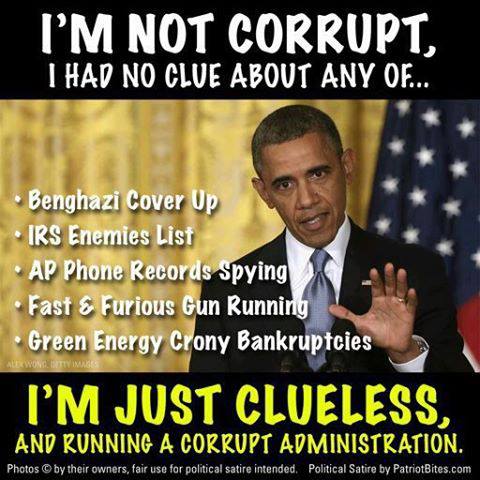 (NOT SO) UNITED KINGDOM

A service person beheaded in broad daylight and everyone takes a picture? Are these the end times?:

The statement from the Cameron government is most shocking of all…………. At the expense of whom does “multiculturalism” and “diversity” flourish?

The fastest growing segment of gun enthusiasts is women. Here is a public service web site that features lots of links with female shooters:

Tommy is the head of the EDL (English Defense League). He has a thick accent, but I agree in principle with his position. People have to reflect on what their life will be in the future if there is no change in their approach to change of environment.

“It requires wisdom to understand wisdom: the music is nothing if the audience is deaf.” – Walter Lippmann

I comprehend this above quote a certain way. The metaphor is a bit off for me….. a problem I have with most quotes. The music is the music, whether anyone else can appreciate (hear) it or not.

Consider some of the great minds of the past, such as Isaac Newton. I can imagine he felt alone in some of his endeavors, but his singularity wasn’t a burden. Consider this quote attributed to him –

“Live your life as an Exclamation not as an Explanation.” – Isaac Newton

Is this wisdom? Or is it knowledge? Or is it enthusiasm? Here’s Henry Ford on the latter subject –

“Enthusiasm is the yeast that makes your hopes shine to the stars. Enthusiasm is the sparkle in your eyes, the swing in your gait. The grip of your hand, the irresistible surge of will and energy to execute your ideas.” – Henry Ford

As to the Lippmann quote, does wisdom have a language? i.e., is wisdom portable / documentable / teachable? If a “wise” person from New York City meets a “wise” bushman from the Kalahari, do they recognize their mutual “wisdom”? Is there a “universal” wisdom? Is there a wisdom “ceiling” beyond which some cannot pass, while others do? Is wisdom directly or inversely related to intelligence, or is there no causal relationship?

I need to know. I’m like a two year old: lots of enthusiasm, not much wisdom….. I’m working on it.

“I do not know what I may appear to the world, but to myself I seem to have been only like a boy playing on the sea-shore, and diverting myself in now and then finding a smoother pebble or a prettier shell than ordinary, whilst the great ocean of truth lay all undiscovered before me.” – Isaac Newton

I try the local newspaper crossword puzzle every issue. It seems a bit “crossword for dummies”, because sometimes I get it 100%, and I don’t have an imaginative or deep vocabulary. Nevertheless, today I learned a word I’d never heard, and didn’t have a clue –

Wisent. The spell checker underlines it in red because it doesn’t know it either. If you pronounce the “W” as “V” (a la German), and make the “T” silent, you get “visen”. The word means “Bison”, referring to the European Bison. By writing this note about wisent, I hope to remember the word and the meaning. I miss the Reader’s Digest for that…… 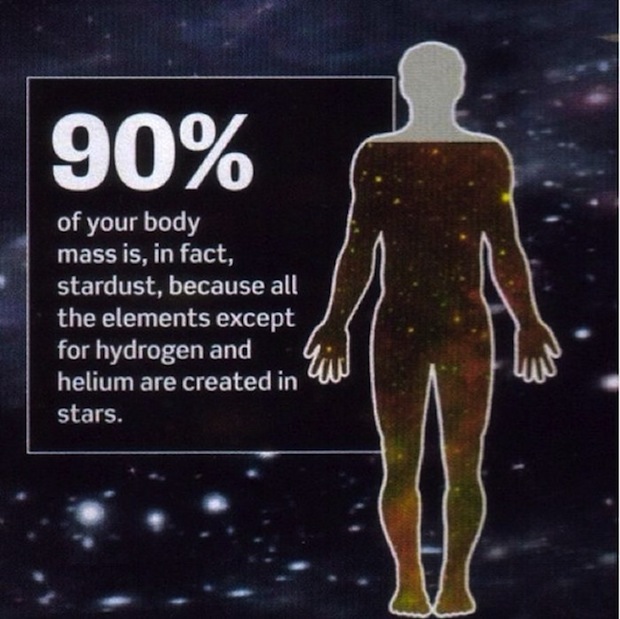 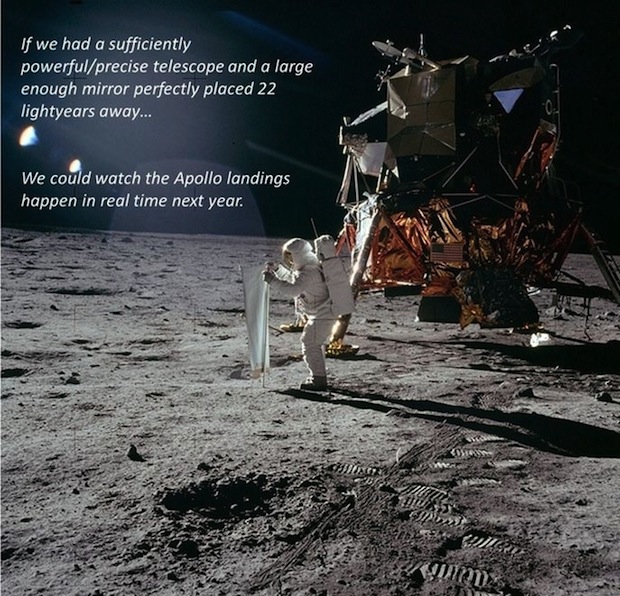 Titled “Historical Atlas of the 20th Century”, lots of data. May not be maintained because a lot of the links don’t work. However, the references and names are good for other searches. HT to FiveFeetofFury:

I did some work for a friend on his daughter’s Subaru. They complained of “brake noises” in the front end. I investigated. Here’s what I found –

I was astounded! The picture is of the right front steering knuckle and spindle. The knuckle (on the left) is ruined. The inner race of the double taper wheel bearing, the knuckle inner surfaces, and the sealing surfaces had been beat to hell and over heated. The spindle (on the right above) was also ruined by heat and friction. The two collars you see on the shaft are the outer wheel bearing races. They are a press fit on the spindle when new – totally falling off in the picture. The blue discoloration is the result of overheating caused by friction. WHEN I DISASSEMBLED THIS UNIT, THE TAPER BEARINGS WERE ALL MISSING!!!!! The only thing holding the wheel and tire onto the car was the brake disc running in the caliper, and the half shaft (to a lesser degree). There were no bearings whatsoever. As in gone, absent, missing, not there, not one, lost. Like most newer vehicles, the steering wheel bearing sets come as an assembly which cannot be preloaded. The preloading is dialed into the close tolerances of the machined surfaces. All fine and good when the assembly is new. However, when the bearings wear in, if the tolerances are not exact, the preload on the taper bearing set is either too little or too much. In this case, it was loose enough to destroy the bearings, and eat (or lose) all of the taper bearings. Phenomenal. The other astounding fact is the car still drove (not well), and didn’t make huge noises. A steady grinding sound was all she wrote. Here’s a picture of the right front CV axle (half shaft) –

The sealing surface is totally ruined. The discoloration indicates overheating due to metal on metal friction. Here’s a picture of the old and new CV axles together –

The brake caliper and pads were totally trashed as well. New parts? Two new wheel bearings. A trip to the wrecking yard to find a right side knuckle. New calipers, pads, discs. And a new CV axle. Not cheap at all…………..

Rebuild both front knuckles was the order of the day. Unlike Ford, GM, and Chrysler who have a one piece replaceable spindle set, Subaru Legacy has a removable wheel bearing set that takes a strong press to remove. It was all my 12 ton press could do to remove the inner bearing races – with heat! Snug as a bug…..

When you hear a strange noise or feel a different response, always find out PRONTO!! what is going on. Although it is a major to replace the wheel bearings on this Subaru Legacy (I feel it to be a poorly engineered arrangement), the calipers, discs, pads, CV axle, and steering knuckle could have been re-used. That was over $1000 in parts! The wheel bearing sets were $100 each list, and the seals another $30 a side. About 10 hours labor…..

Another stranger than friction event. About 3 years ago, I bought a 20 litre pail of carb cleaner for doing some R&R on the few carburetted vehicles I’m stuck fixing. I put a Holley 750 in the cleaner and promptly forgot about it. For 3 years. I thought to use the carb cleaner to clean up the spindles for the Subaru job. When I opened the carb cleaner container and pulled out the parts cage, this is what I saw –

The carburetor was under all the gunky stuff. It came out somewhat worse for wear. Don’t know if it is re-usable. The dog ate my homework……….

Of all the varieties of “religion”, the best music comes from the Christians. No contest. Here’s a website that advertises a “6 CD set” of the best classical religious music:

I can’t torrent this CD set. Can’t find it. Rap I can find on YouTube….. Not so much all of the music listed above. If you have patience (or $$$) you can search or buy.

Here’s an example of a few pieces to support the above claim:

Gibbons – Hosanna to the Son of David – https://www.youtube.com/watch?v=ZdMxe13XTX8

Seems like human beings respond in an extraordinary manner to the God concept. Correction. The Christian God concept.

Other religions don’t quite get it, music wise. I say it’s a flaw in their foundation documents.

And in ways other than music. It is so funny.

The Okanagan has had much rain. B.C. has had much rain. Mud slides, swollen rivers, gumbo yards. A verdant, virid year. End of May approacheth….. Four grass cuts (between monsoon downpours). Another overdue. No respite in sight…. 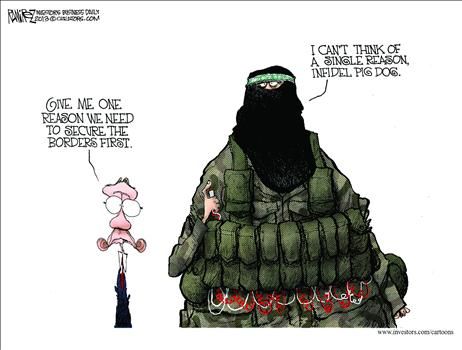 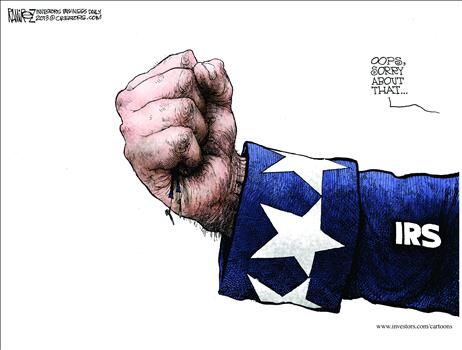 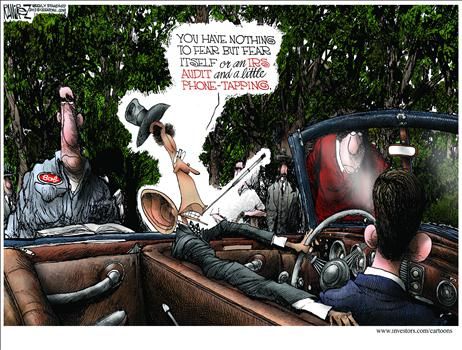 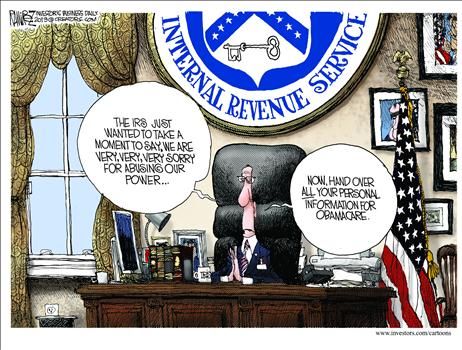