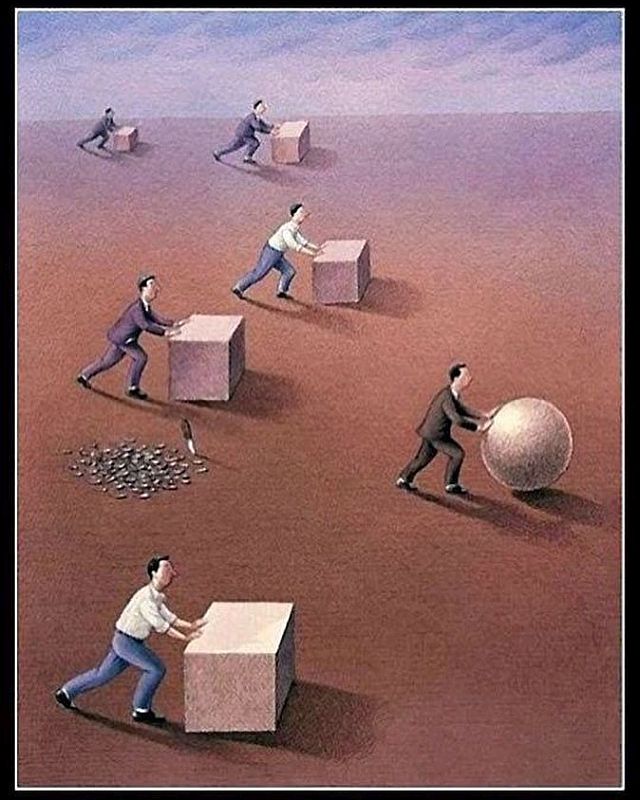 Oh! Canada!
Joe and I say now and said before and will say again, the US of A is the greatest nation to have ever existed.
We have had our fill of Canadians who claim superiority to our American brothers and sisters.
We have had enough of moral elitists quacking about gun  control, the first and second Amendments, declining cultural norms, the tragedy of a Donald Trump as president.
From our perspective, Canada and America are twins, one of which is envious and constantly argues that she is better looking than the other.
Joe asks which is more appealing to you –
“Peace, order, and good government” (Canada)
or
“Life, liberty, and the pursuit of happiness” (United States of America)
For Joe and I there is no contest.
We celebrate the individual over the collective EVERY SINGLE TIME, WITHOUT EXCEPTION.
The Canadian adage (we use “adage” sarcastically) is a remnant from the British North America Act of 1867 (section 91 original constitution) but is older by at least a century.  It is a phrase describing a detail about the authority of the Monarch over their subjects.
The US statement is from the Declaration of Independence, and is a short list, examples, not exclusive or limited, of “inalienable rights” guaranteed by the constitution.  This phrase, and many more, defines and restricts the limits of power the government has over “We the People” (the individuals / citizens).
Joe asks, would you chose security over freedom (if you had to chose)?
I ask, who would you trust to make decisions about your security?
We both ask, is it a “false dilemma” to place Freedom and Security as poles on a continuum? (argument here)
You might ask, why are Joe and I twisting our panties into such a knot?
We saw the following headline while Internet meandering:
“Canada Now Wants U.S. to Enforce It’s Immigration Laws – To Protect Canada”
It seems that once inside the U.S. of A., illegal aliens can walk across the Canadian border without consternation.
Consternation comes later when Canada’s “holier than thou” attitude is replaced by “holy shit! how many of these unfortunate assholes are there?” and a desire to blame someone else for the problem.
Canada’s go-to beating boy is the United States, our better looking twin.
When the political elite in Canada is a gaggle of _____________ (fill in the blank), not much changes or is different from our beautiful Southern counterpart.
Seems Canadian immigration law is flawed (too).
Seems like Canadian legislators were short sighted (too).
Seems like the bleeding hearts are too numerous, too busy bleeding (and bleating) about “Global Governance” to plug the hole in the dam (too).
Seems like “good intentions” once again have lead to “unintended consequences” (too).
Joe says an osmotic membrane and a diode have several things in common – both are “one way” devices designed to provide a beneficial output.  Both can easily be destroyed – too much pressure (water for one, voltage for the other) and the desired output is no more.
The population of Canada(35M) + the United States of America(327M) = 362 million souls
The population of the world (UN estimate) = 7.6 billion souls
Canada and the USA are 5% of world population, give or take.
For the Western culture, the Western nations, the pressure is overwhelming from hopeful immigrants.

Conundrum
Joe says if AI (artificial intelligence) gains ground and replaces people, will they live in houses and need furniture?  I don’t see either of these dudes drinking beer while they ponder the mystery of IKEA:

Will they too work themselves out of a job?
Imagine (if you will) robots on crack cocaine and opioids…..
We wonder what an AI / robotics old age home will be like.

Speak Engrish
What’s in a word?
If you have read this weekly rant before, you will have read about the anger and frustration Joe and I feel when well known stable unassuming centuries old words, minding their own business, are hijacked and subjugated to do the political bidding of some group or system.
For example, we have pointed out to strangers in the supermarket the ridiculousness of naming food “organic”, when it is patently true that ALL FOOD IS ORGANIC! 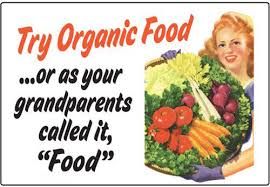 The reaction is varied.  Our point is you can’t live on a diet of sandstone…..
If you mean food that was produced without pesticides, or grown in human feces, or slaughtered inhumanely, why not say so?  If you can’t tell the truth, at least don’t lie! (HT to Dr. Jordan Peterson).
Another profanity is when perfectly good phrases are replaced in a decidedly Orwellian way to mean exactly what they don’t say.
There are many words and phrases that were honest and made a decent living in the past by conveying an unambiguous meaning to multiple generations and sometimes even cross culturally.  Now those words and phrases are ashamed to know their new meaning, and plead innocence of intent.  Yeah, right….
Michael Knowles makes the case for identifying word abuse and fighting the good linguistic fight (not linguini damn it!):

Speaking of Feminism
What say you about the female gender?
When Joe and I were a youngster, we had the belief that a man and woman (or if you must, a woman and a man) were the composite parts of one human being.
It was a quaint belief that we sometimes re-visit.  Sort of like sucking our thumb.
Our “Baby Boomer” generation came along after the first Feminists, but we were right there in the thick of the second wave’s anguish and rebellion.
We are now old.
The third wave of feminism is somewhat unidentifiable to us as “feminism”.  There is a shrillness, a fascism, a “take no prisoners” mantra about it.
Joe would use the words “harridan” and “harpy” and “Jocasta” (Oedipius’ mother/wife) and “idiot”, or phrases like “Man hater” and “misguided misandrist” as descriptors.  Me?  I’d say “yes dear”…….
Joe and I are certain should an original first wave Feminist meet a third wave Feminist, the cognitive dissonance would be overwhelming.
Here is Allie Stuckey from The Blaze to put into words what you may have been thinking but couldn’t enunciate clearly:

Uni-Scouts
Joe and I were Cubs.
We joined the Boy Scouts but something went amiss (Joe says he didn’t do it) and we were invited to stay away.
The young ladies (females? girls? women? it is getting complicateder) had Brownies and Girl Scouts.  This smells of post-modernist ideology:

Jordan B. Peterson
An interview of Dr. Peterson by Patrick Coffin.
Totally interesting ideas and thoughts.
Probably why Joe and I failed at religious training –  nobody, and we mean NOBODY talked like this in the churches I attended or in my home, family, and community life.
That is our recollection.
We may have found an error in our thinking…….
OK.  More than one (∞?):

Brilliant Man Dept.
Joe and I have listened to Nobel Prize winner Dr. Kary Mullis before.  His outlook is scientist with a keen sense of humor.  His Nobel prize was for inventing the polymerase chain reaction (PCR) process, an epoch level development in biology.
In this presentation he discusses his approach to the “plausible fables” (vs “laws”) that make up the body of scientific knowledge.  I.e., science is constantly changing as new discoveries and thinking change the paradigm.  An entertaining and enlightening perspective given at Saddleback College in 2010:

Alfie Evans R.I.P.
Where does the power of the state end?
Conversely, where does the power of the state start?
Sadly, and with grievous heart, Katie and Tom, the parents of young Alfie Evans lost their hope and their dream on Saturday last.
The state not only refused to keep Alfie on life support but the State refused to release Alfie to his parents, who sought and received International help on Alfie’s behalf.  Only to be thwarted by their own government.
A tragic outcome in a world of finite resource. 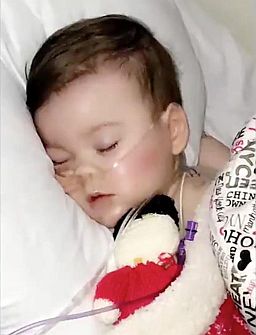 What is the nuts and bolts of this morality?  Is it money?  Is it medicine?
Joe and I grieve for Alfie, his parents, and all the good people who want to have children but are somehow deprived.
Life is indeed tragic, fraught with suffering; it is vicious, and unfair.
We think of the 60 + million children who have been aborted in North America since the atrocity called Roe vs Wade changed law and opinion in the Western world.  From that time, the risk of natural childbirth, a very real and present danger, has been eclipsed.  Whether a whim or a tragic deliberation, government condoned abortion makes murder of the innocent non criminal.
What a world it would be if all children were planned for and welcomed with love.  The third rail is that they survive the birthing ordeal.
Once born the very real challenge is to be and stay a healthy organism.
There is much work to be done by medical science.
Much debate over the power of the State.
Much soul searching about the moral compass of our culture.
Gallows humor isn’t as funny as it is thought provoking – 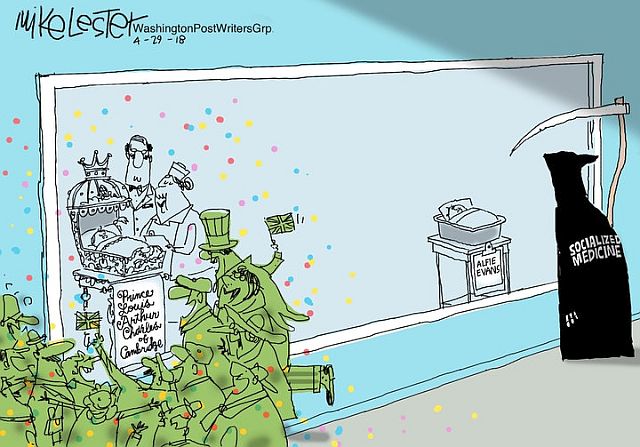 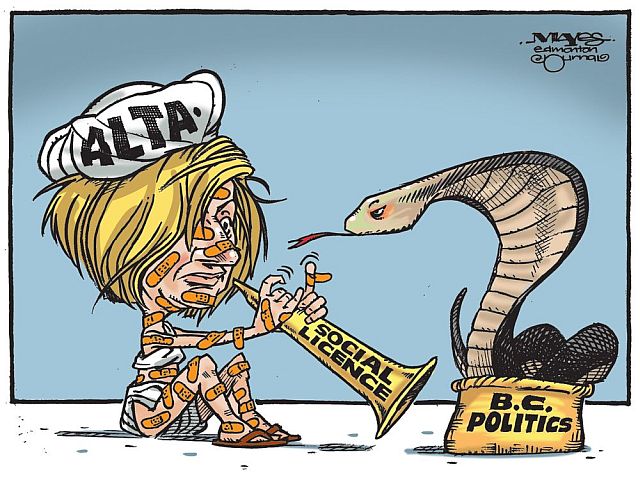 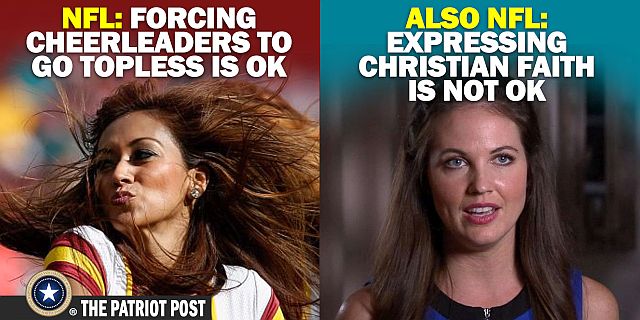 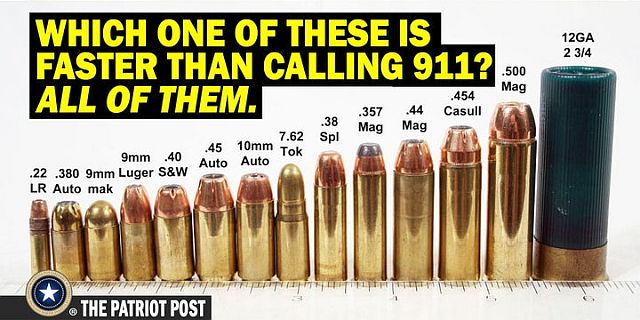 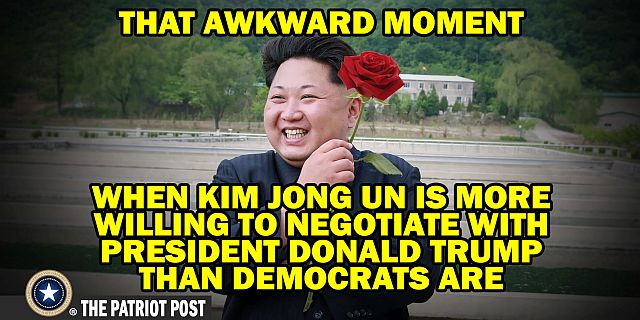 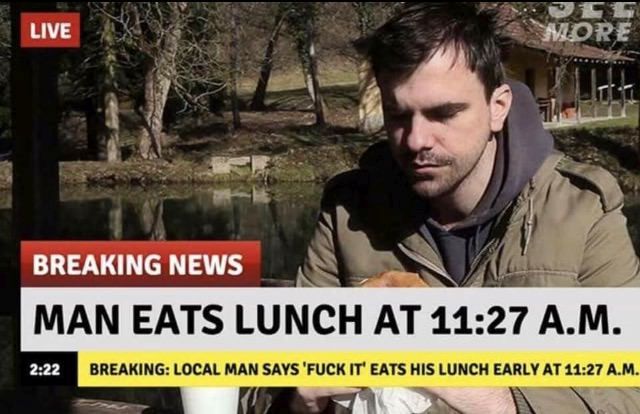 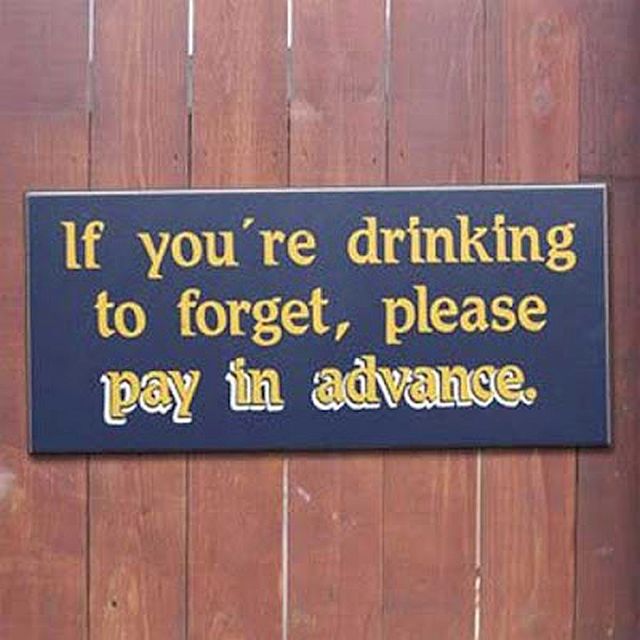 This week Dr. Jordan Peterson continues his psychological analysis of the Bible with series XII: The Great Sacrifice: Abraham and Isaac:

What to say about the weather in Vernon BC this week?

Joe (sunnyO) Mekanic
p.s.  Ramirez + sunshine is good for you – 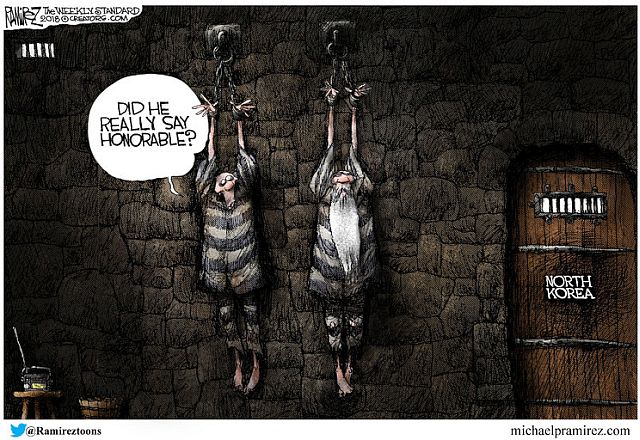 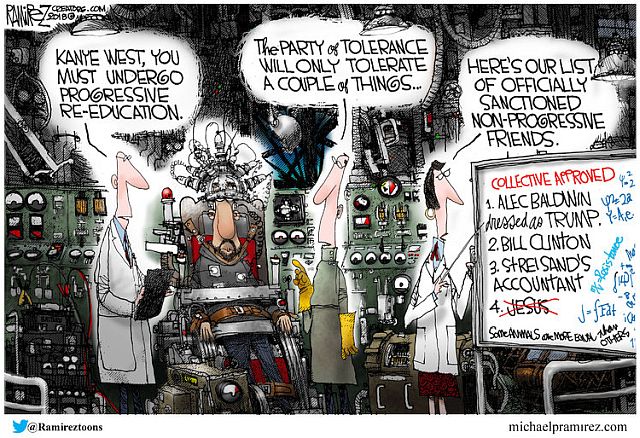 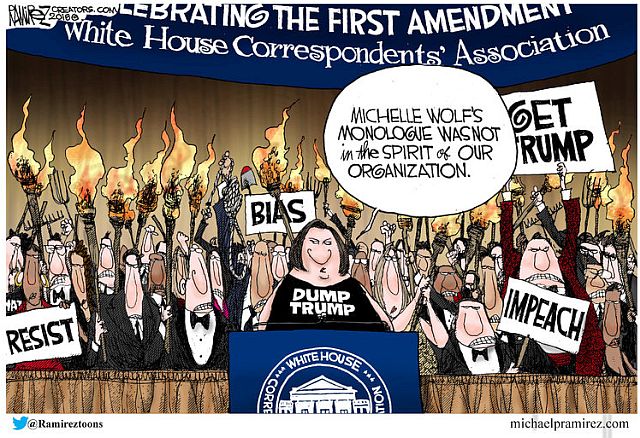 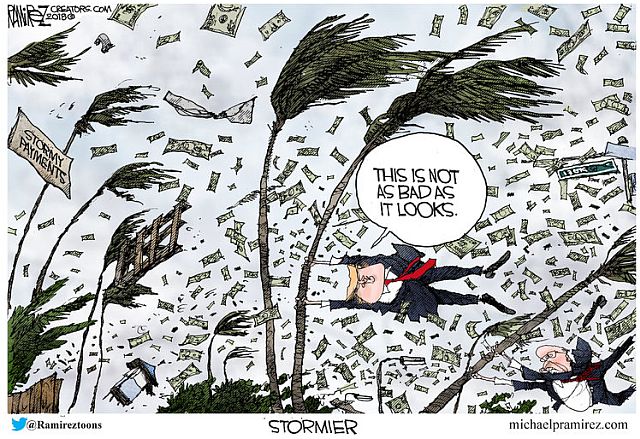 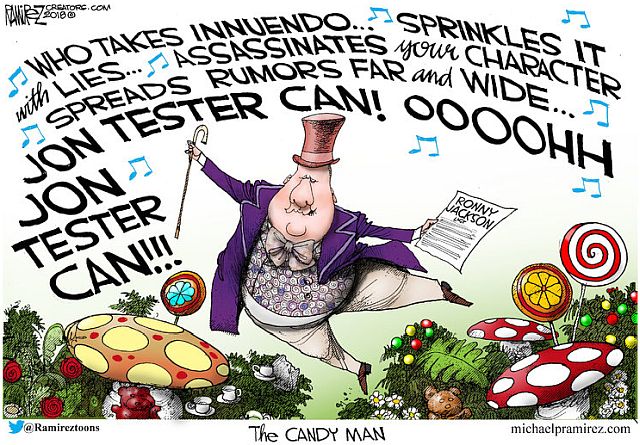 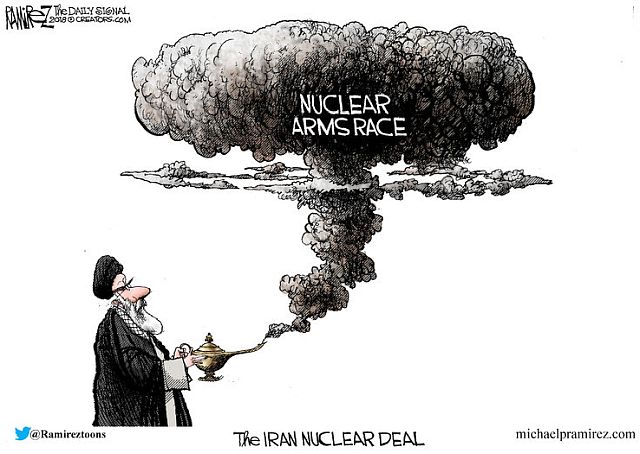