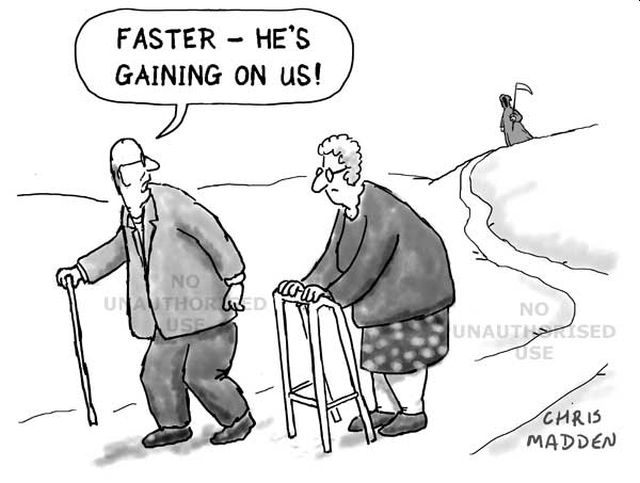 Joe’s Comment – Chris Madden is an amazing cartoonist from the UK.  The above image is quite poignant to me.  Pardon my gear-head manner of seeing things, but this cartoon reminds me of an engine power graph of torque and horse power vs RPM.  At some point the torque curve crosses the horsepower curve.
I like the old guy’s attitude.
Naive?
Naw.
Hopeful and active….. in the face of inevitability.

Joe’s Coronavirus Musings
Is there any good coming out of this mess?
Well, yes, there is.
–  For starters, the spirit of innovation, of cooperation, of good-will, of heroic action is alive and well in the West.  In blushingly copious volumes.

–  The amount of humour I see in everyday social interaction (albeit I’m not a social butterfly), the generous respect for the guidelines, however misguided (or not), is enough to make someone like me (think wheel-chair bound old lecher in the Catch-22 whore house scene) swell with patriotic pride.  This proves what they are finding in Sweden, and Switzerland, and some Eastern European nations, and Japan, and South Korea, and Thailand: a homogeneous population, not a “diverse” population, reacts with a narrower bandwidth of rebellion and broader bandwidth of compliance.  The humor on the Internet is voluminous and ubiquitous.  Here’s an update on COVID-19 from Bubba J, one of Jeff Dunham’s creations:

–  Furthermore, I am fully convinced that our Nazi scientists can kick the ass of their Nazi scientists to an Ivory Soap degree of excellence (99 and 44/100 % pure).
I.e., check out the segment below titled “COVID-19 Mistreatment“. 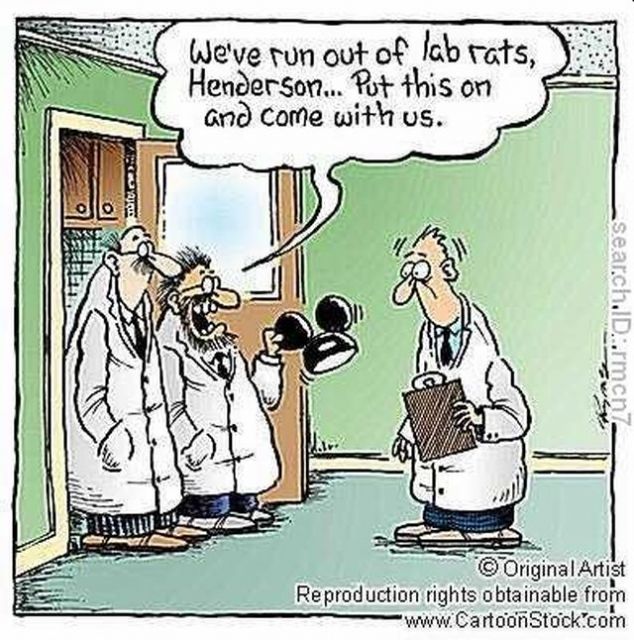 –  The importance of “supply chain logistics” is being and has been hammered home.  Perhaps the average Joe (and Josephine) will think twice before buying product or service from rat bastard pinko commie thugs who terrorize their own citizens while pursuing a philosophy of world dominance.

–  Modern medicine is a marvel, but it isn’t perfect.  The health of the average individual is also not perfect.  These two facts give much food for thought, subject for study, opportunity for advancement.
–  President Donald John Trump has totally interrupted the Chinese Communist Party’s “world domination” strategies: One Road One Belt, and World economic domination by 2050.  Their strategy, a “30 year plan”, slowly but surely maneuvers China into an unchallenged World economic powerhouse.  Trump has changed the rules.  China has no recourse at present than to comply.  Joe says coronavirus COVID-19 is not a coincidence.
–  I am thinking deeply (as deep as I go) about my economic theory, which I have named “The Milking Stool Economic Theory”, which is three legged.  If you have ever sat on a three legged stool, you know that it is stable on any surface despite how rough; unlike a four leg stool.  But, in a three leg stool, removing a leg is catastrophic.
The first leg of my theory is what Adam Smith wrote about in the “Invisible Hand”, that is, the free market.  “It is not from the benevolence of the Butcher, the Brewer or the Baker that we expect our dinner, but from their regard to their own interest” – Adam Smith, The Invisible Hand.  The invisible hand metaphor distills two critical ideas. First, voluntary trades in a free market produce unintentional and widespread benefits. Second, these benefits are greater than those of a regulated, planned economy.
The second leg is the degree of tilt or the un-level nature of trading.
As soon as tariffs and taxes and caps and government control or regulation of any stripe dictates the parameters of trade, it becomes very difficult to measure the economy of the trade.  A “level trading field” is optimal but rare.
The third leg is the most controversial leg.  It is the leg of virtue and moral action.  Once a person is victimized by a deceptive and criminal party in matters of commerce, they realize that a level of good faith is required in every trade.
Using Joe and my “MSET” parameters, i.e. only do business with 3 legs – free trade, level playing field, good faith.
Our method would exclude China, North Korea, Iran, and probably Russia from trading with us.
This is similar to the “3 S’s” approach to selecting a supplier.  The S’s are: Sales, Service, Support.  An inexpensive price is soon forgotten if the product is not available when required or backed by the vendor when something goes awry.
There are new opportunities just around the corner!

COVID-19 Mistreatment
Joe and I saw this information in several sources over the last week.
Watching yesterday’s task force presentation, the press is not only ignorant of this information, but insists that the president was dangerously misleading when he suggested there was positive response to Hydroxychloroquine combined with Azithromicin (a zinc compound).
Read all about it here.
According to the linked article, published on April 8th, 2020, the real cause of death is NOT related to pneumonia, and the “relapse” is the result of oxygen starvation, i.e. hypoxia.  A summary from the link –
“In the last 3–5 days, a mountain of anecdotal evidence has come out of NYC, Italy, Spain, etc. about COVID-19 and characteristics of patients who get seriously ill. It’s not only piling up but now leading to a general field-level consensus backed up by a few previously little-known studies that we’ve had it all wrong the whole time. Well, a few had some things eerily correct (cough Trump cough), especially with Hydroxychloroquine with Azithromicin, but we’ll get to that in a minute.
There is no ‘pneumonia’ nor ARDS. At least not the ARDS with established treatment protocols and procedures we’re familiar with. Ventilators are not only the wrong solution, but high pressure intubation can actually wind up causing more damage than without, not to mention complications from tracheal scarring and ulcers given the duration of intubation often required… They may still have a use in the immediate future for patients too far to bring back with this newfound knowledge, but moving forward a new treatment protocol needs to be established so we stop treating patients for the wrong disease.
The past 48 hours or so have seen a huge revelation: COVID-19 causes prolonged and progressive hypoxia (starving your body of oxygen) by binding to the heme groups in hemoglobin in your red blood cells. People are simply desaturating (losing o2 in their blood), and that’s what eventually leads to organ failures that kill them, not any form of ARDS or pneumonia. All the damage to the lungs you see in CT scans are from the release of oxidative iron from the hemes, this overwhelms the natural defenses against pulmonary oxidative stress and causes that nice, always-bilateral ground glass opacity in the lungs. Patients returning for re-hospitalization days or weeks after recovery suffering from apparent delayed post-hypoxic leukoencephalopathy strengthen the notion COVID-19 patients are suffering from hypoxia despite no signs of respiratory ‘tire out’ or fatigue.”
Once again the investment in time studying the ailment outstrips the crazed frenzy spending.  As if money can solve problems.
Money is an Avatar.
Western medical science, when following scientific process, is powerful stuff.
As our grade nine math teacher, Ms. Morrison used to say to us, “Drover, understanding the problem is 95% of the solution!”
On the other hand, if “science” is conducted by a profit interested pharmaceutical corporation, use the old Teddy Roosevelt approach – walk softly, but carry a big stick.  A helping of Ronald Regan too – trust but verify.
If Joe and I have any criticism of how the Western governments have handled this “pandemic”, it is the quality of the data and understanding of the data before the trigger is pulled.
There has been plenty of “Fire! Aim, aim, aim!”
Anybody want a ventilator?
Sale starts now…..

Intellectual Froglegs
Joe Dan gets better every month.
We vote him as “Dirt People Spokesperson” every year.
The following release is titled “The End Is Near”, April 20th, 2020 or thereabouts (in the event it gets “disappeared” on the Internet):

Shopping
Joe and I have taken up a new paradigm while shopping.
We found this chart – 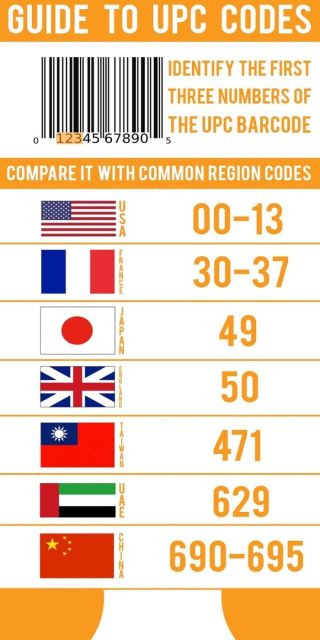 Canada is lumped in with the U.S.A. (00 – 13).
China is 690 – 695.
We have sworn for years we will avoid buying Chinesium.
Unless of course there is only that choice.
All y’all take the time to view the UPC bar code when you are shopping. 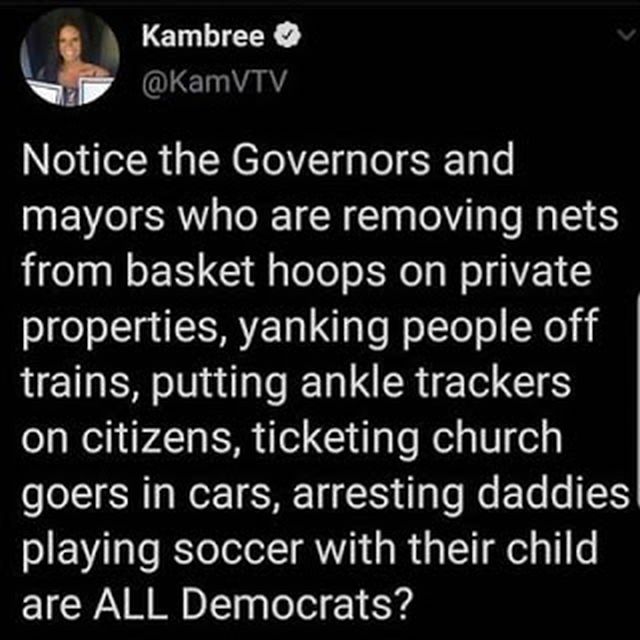 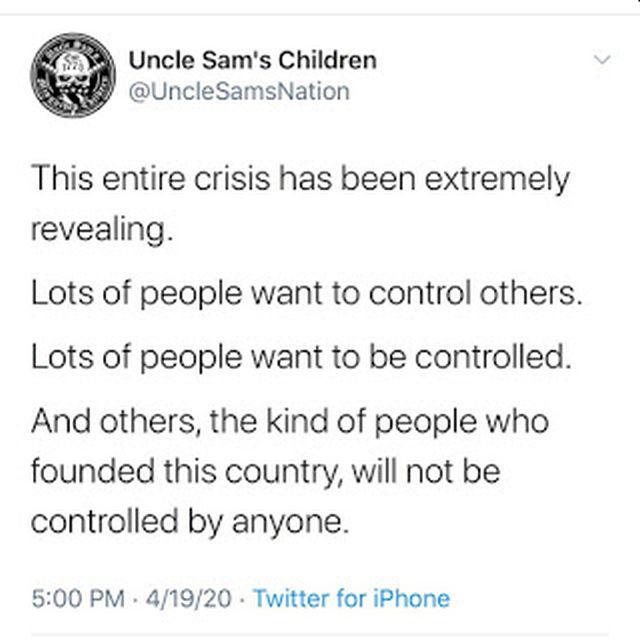 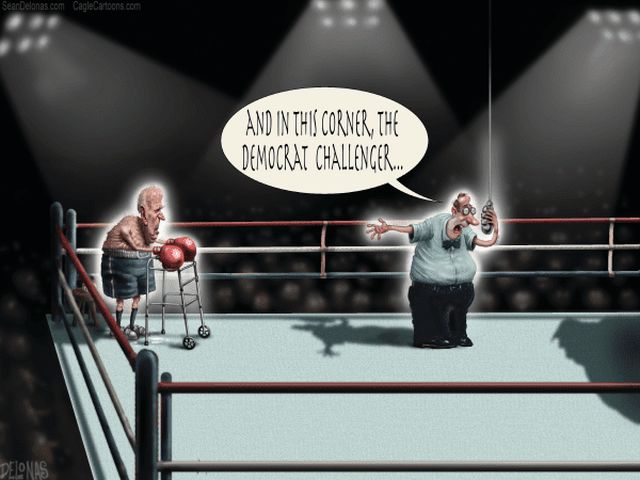 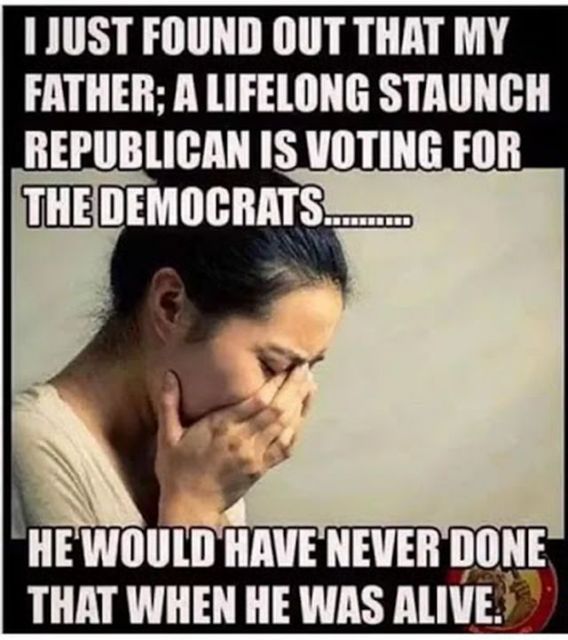 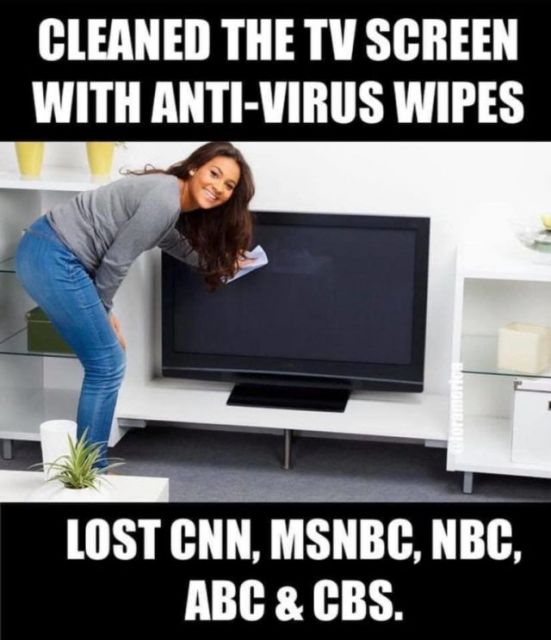 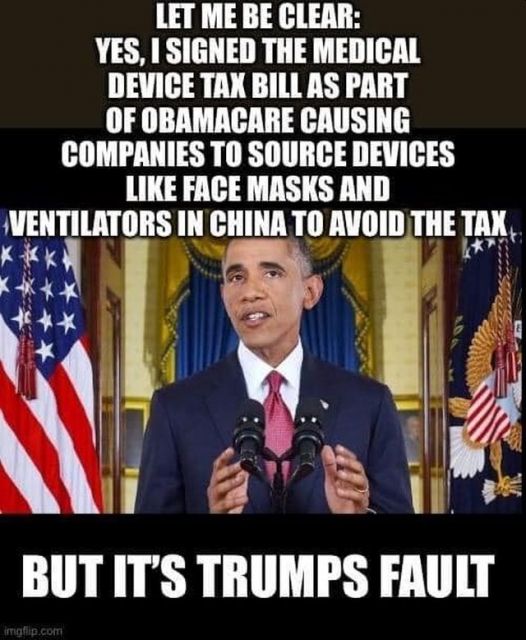 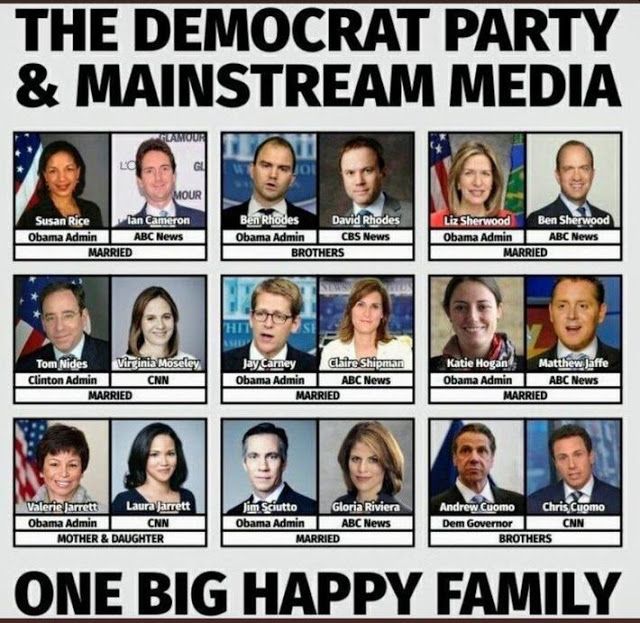 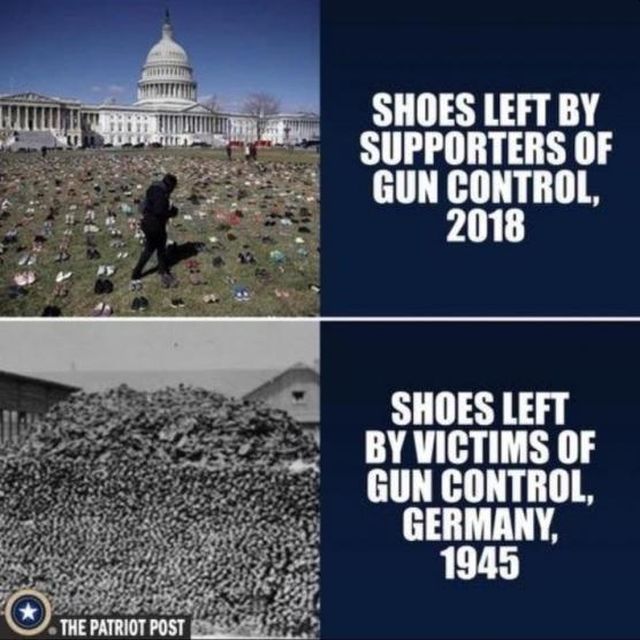 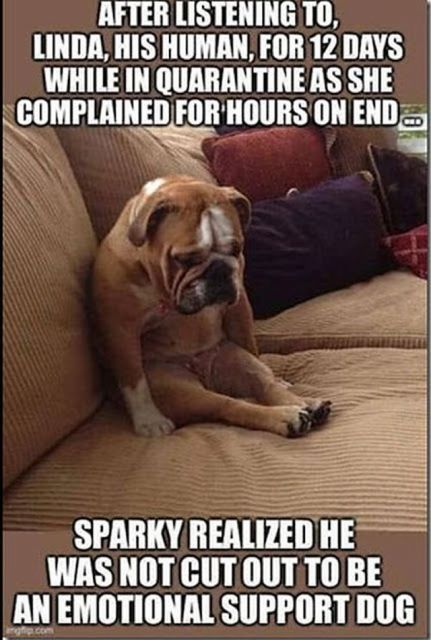 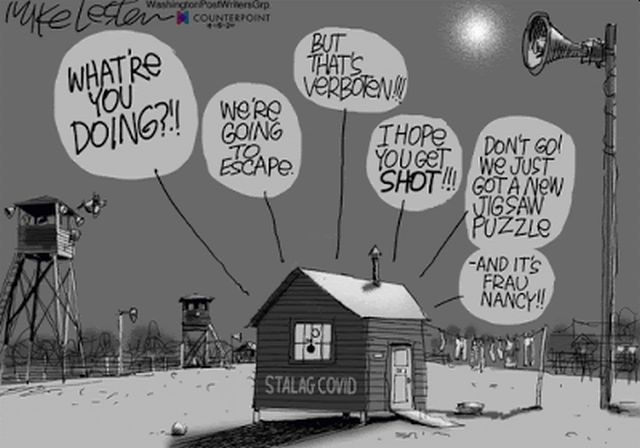 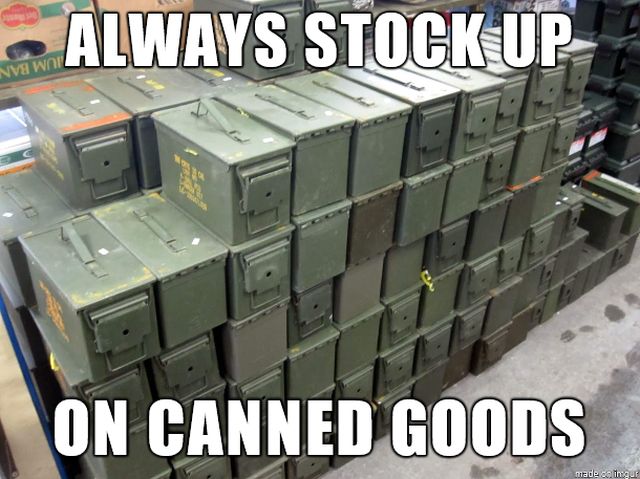 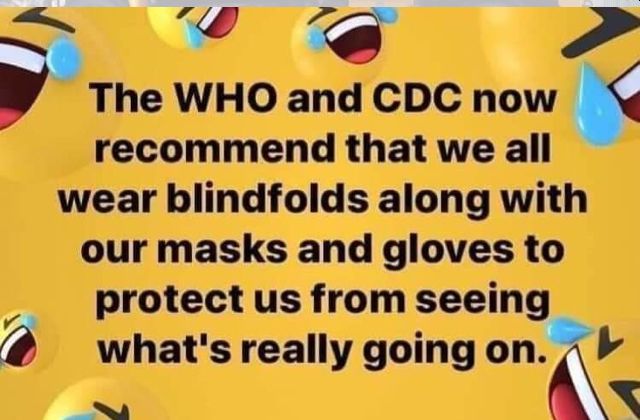 Dr. Dan Erickson and Dr. Artin Massihi both work in Bakersfield, California.
They held a joint press conference on Saturday, April 25th, 2020.
Very informative information about the current hysteria surrounding COVID-19 and the knowledge they now have about this new virus.
The world (outside China) has now been dealing with this scourge since January.
China had a head start.  Who knows how much.  They are poor sports, and won’t share data or knowledge.
Finally some good science gives some good data.
Joe said told ya!
Our Nazi scientists will beat their Nazi scientists like a rented mule.
Ms. Morrison would be proud!
The incidence of child abuse, spousal abuse, depression, and various other pathologies is on the rise.
A sobering analysis of the effect quarantining the healthy is having on those practicing social isolation while unemployed, broke, with diminished hope, and no foreseeable end.
Joe found their review of how a person’s immune system is an interactive living response to environment very enlightening.
The reporters asking questions are enough to drive Joe and I to drink.
Two brilliant front-line doctors telling what they know for fact vs “journalists” who don’t understand anything they’re hearing (per the brillnut questions):

This week in Vernon, BC, the chilly spring continues.
Some cloud.
Some rain on Saturday.
The furnace in the house chimed in a few times during some nights.
Surprise, surprise!
Sometimes the furnace in the house chimed in during the day, too.
This is one of the years we haven’t turned off the furnace the first week of April.
Joe is not so patiently waiting for sunny T-shirt days.
Carefree sunny warm (soon to be hot) long days. 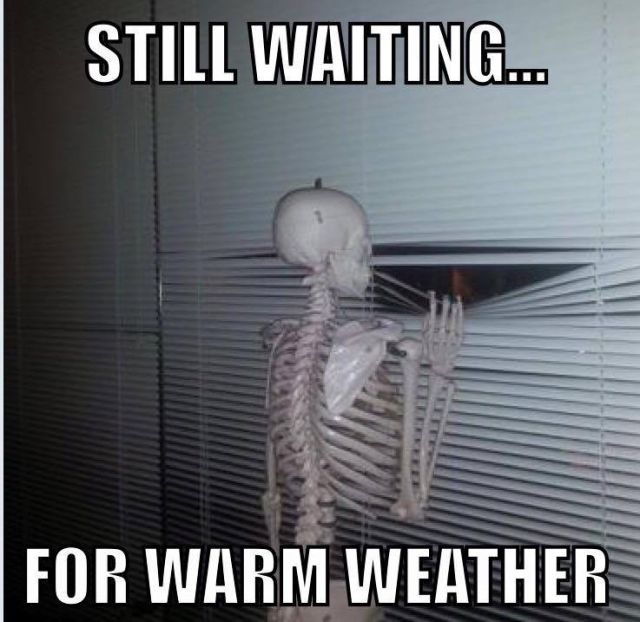 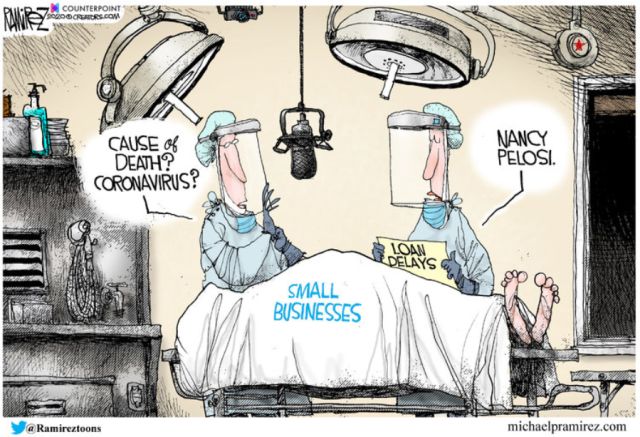 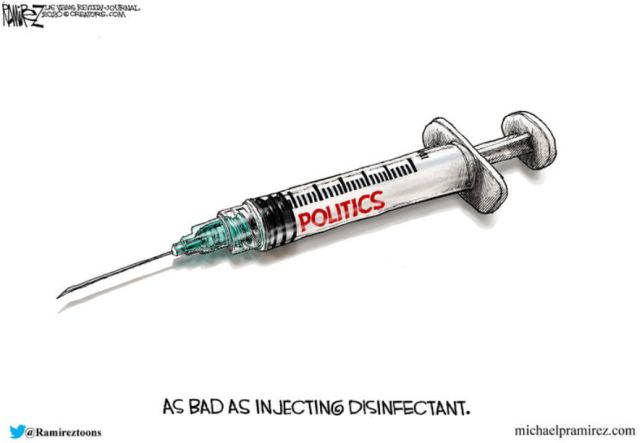 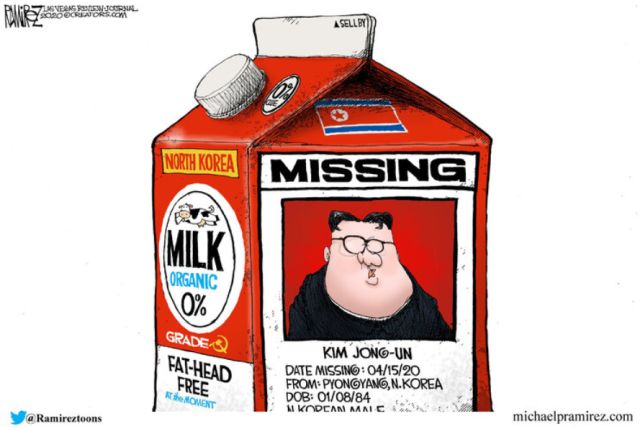 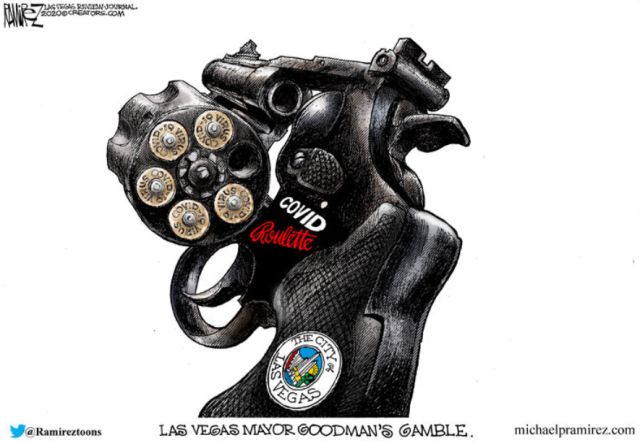 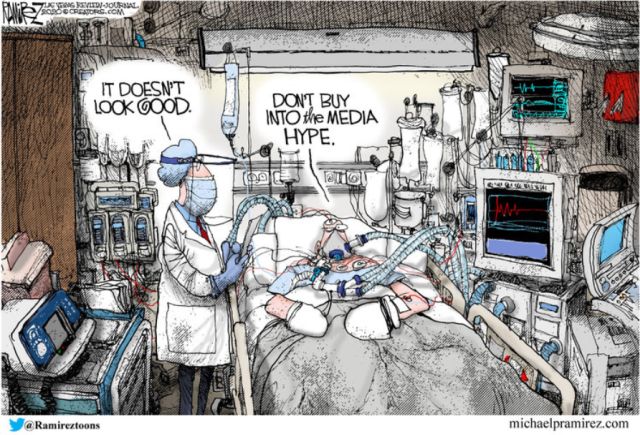 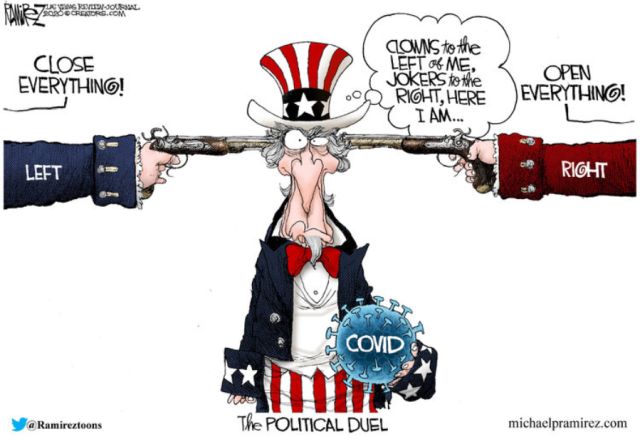