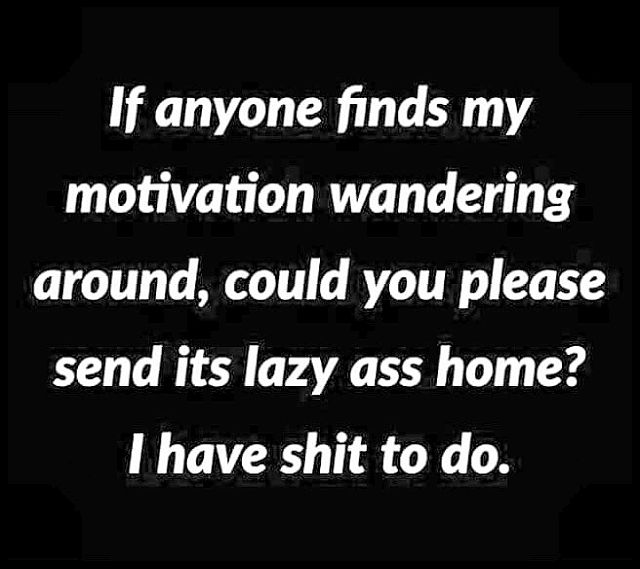 Joe’s Comment – Over many years my reaction to seasonal change has been honed to a razor sharp meh.  Winter each year leaves me lolling in lethargy when beautiful Spring invites me out to play.
Every passing year I am excited to wake up and do very little.  I am, indeed, a Doctor of Do Little.
The source of this malaise is reflexion.  Each Winter is the season of deep (as I can do) review of my life and accomplishments.  What an empty box canyon.
The unread books are stacking up.  The GAF meter needle is below zero.

Spring has finally sprung (it’s a month old, and a month late – see the WTF Weather video below) but my inertia is damn near infinite.
I have owned a small propane fired foundry for 5 years – it is still packed in the original cartons, unused.  I own a metal lathe that has only spun two small simple pieces in the past 3 years.
I’ve been stubborn in waiting for a week of warm weather before cranking up my “get ‘er done!” reflex.
Today it dawned on me that it may be one of those rainy years.
The knees and hips and back will let me know.

Finland Fantasy
Joe and I are getting old.
69 years is advancing ripeness in our part of Canada where the average life-span of a male in British Columbia is 84.2 years.
The CCHWebsite has a calculator for Canadian citizens.
We entered our info – it says 77.5 years.  We assume these are metric years.
Our estimated time of departure is less than one decade, based on the above.
In Finland, the average life expectancy for a man born in 1960 is 65.4 years.
We couldn’t find data for men born in 1949.  Seems Canadian men live longer.
Harsh climate?  Political malfeasance?  Cultural dead-end?  Genetic pool pollution?  Bad karma (in Germany, bad Karmann Ghia)?
Who knows.
The Fins have recently completed a trial of “Basic Income” for all citizens.
The result was not encouraging.  The government is considering alternate welfare pilot schemes.
The base philosophy underlying this program (and most welfare programs) is equality of outcome vs equality of opportunity.
In a world of ever increasing technical sophistication, well paying jobs are even more demanding of basic skills.  The robotic tool inroad into the workplace has ensured greater output with fewer human functions.
Joe and I maintain that in a world where those with an IQ of 83 or lower (approximately 10% of the white population in North America) cannot contribute to productive work.  An ever increasing efficiency with fewer workers spells less well paying jobs.  The service industry is heavily person reliant, but wages are governed by supply and demand: a surplus of qualified and available workers (and flush customers) determines remuneration scale.
To compound the inevitable crunch, Tide eating condom snorting Millennials seem to be fiddling while Rome burns –

Who Your Daddy?
Joe and I are polymathic.  More accurately, we verge on incipient polymathy (“learning in many fields; encyclopedic knowledge“).
The meaning of the word polymath is: “a person of great learning in several fields of study; polyhistor.”  Another definition is:”a person of great and varied learning.”
As defined, Joe (and especially I) do NOT meet the requirements of the definition.  The stick in our craw is the word “great“.  Our rancor is spurred from the knowledge that we, Joe and me, try and try but “great” will not be our legacy in any field or pursuit.  Our best is sometimes “above average”.
Personal rankle aside, to know new things has been a life-long endeavor.  Especially when the new things are the best that all of humanity can determine to be facts.  The icing on the cake, the cherry on the sundae, the top of the heap, the Ace of Aces, is when facts are used to derive truths.
Charles Murray (political scientist) and his co-writer Richard Herrnstein (psychologist – RIP) wrote “The Bell Curve: Intelligence and Class Structure in American Life” in 1994.  The book caused a massive upheaval in the Humanities; a red line was drawn in the sand.  Red, because the combatants from the post modernist school (all people are the same, there are no differences between male and female, intelligence is environment not genetic) are strongly Left / Progressive in outlook.  The opposing force is more disbursed, relying heavily on scientific data and logic to define their ideas and position.  I.e., ideology vs evidence.  Joe and I read and re-read The Bell Curve.  We loan it out to people we hope will read it and argue for or against the concepts.  If you haven’t read it, what are you waiting for?
The next landmark study of IQ that Joe and I read (with conviction) was the work of Richard Lynn (psychologist) and co-writer Tatu Vanhanen (political scientist), “IQ and the Wealth of Nations”, released in 2002.  The voices of the Left / Progressive wailed louder, the gnashing of teeth was audible.  Meanwhile, the truth was shining like bleached bones in a high noon desert.
Some time ago, in the early 2000’s, Joe saw an advertisement in the Legion magazine soliciting participation in the “Human Genome Project” – a first attempt sponsored by National Geographic to gather DNA data from humans all over the globe.  The cost at the time was $115.00 USD per person.  For your money you received a DNA sampling kit (a swab and sterile bottle), some instructions, and a return addressed package to mail away your unique contribution.  In time, an email response linked you to your personal DNA analysis and a current interpretation of what that analysis might mean.
This was the dawn of DNA science, when the human genome was finally mapped.  The idea was underwritten by the US of A government in 1984, undertaken starting 1990, and completed in 2003.
Science marches on.
Joe and I recently purchased a book written by David Reich titled “Who We Are and How We Got Here: Ancient DNA and the New Science of the Human Past”, released in March of 2018.  This book advances the understanding of the science of genetic study by questioning the root understanding of race in the context of global populations and our human prehistory.
The Left / Progressive voice is a loud banshee wail.
We haven’t read the book yet, just the fly leaf.  It is a challenging read by all accounts.  The content is extremely scientific.  The conclusions are being argued.
We read a review or two.  Here is a highly annotated critique from Vdare.com.  Another from the Financial Times.
Slowly, ever slowly, the work of scientists will reveal the facts and truths about the nature of living things.  Especially human things.
Joe and I read and wonder and are humbled that such great work is being undertaken, often against the tsunami tide of progressive activism.
Where it will lead we know not, but that it will change the current reality.
Some changes are overwhelming –

WTF Weather
Joe and I have been alive long enough to have a personal history with weather, which is a sub-set of climate.
Our personal impression of the most recent winter cycle is that it was colder than memory.
Funny thing!
It was!
Here is a short video that talks about what has happened this winter season.  Coldest Spring since 1895. 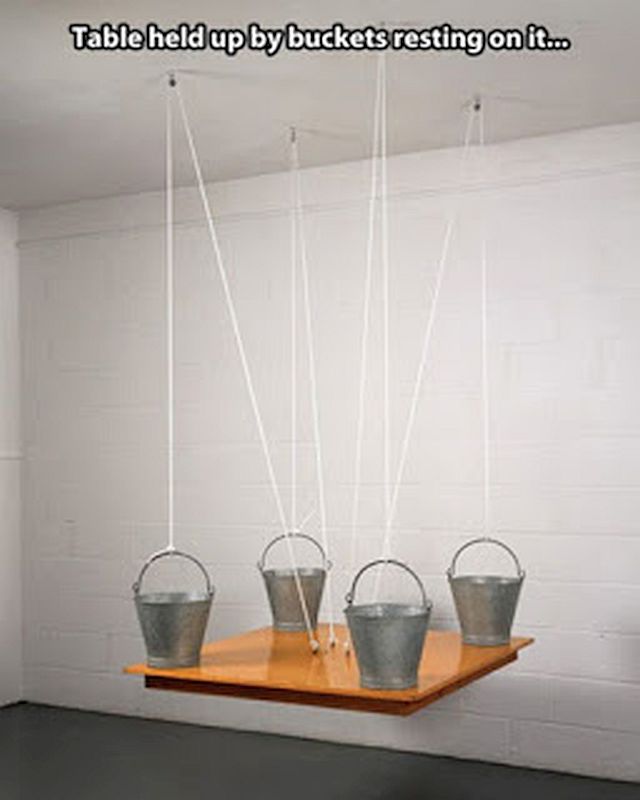 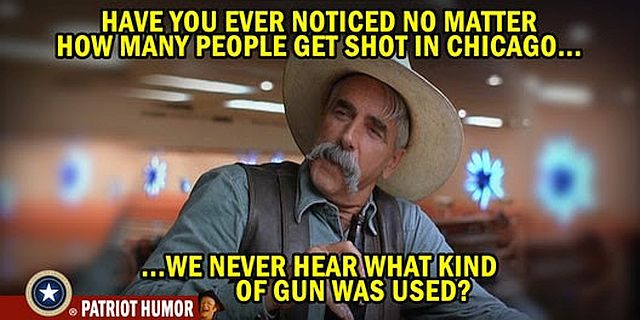 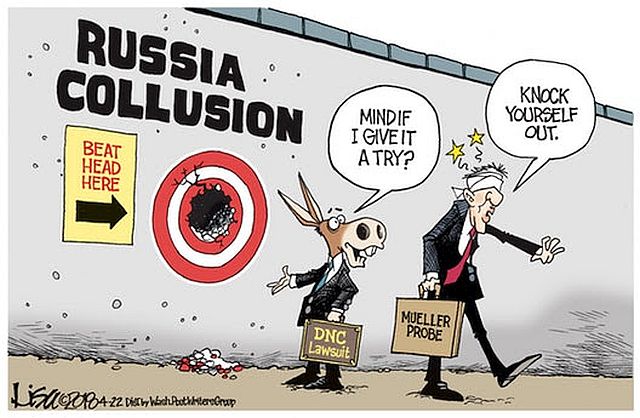 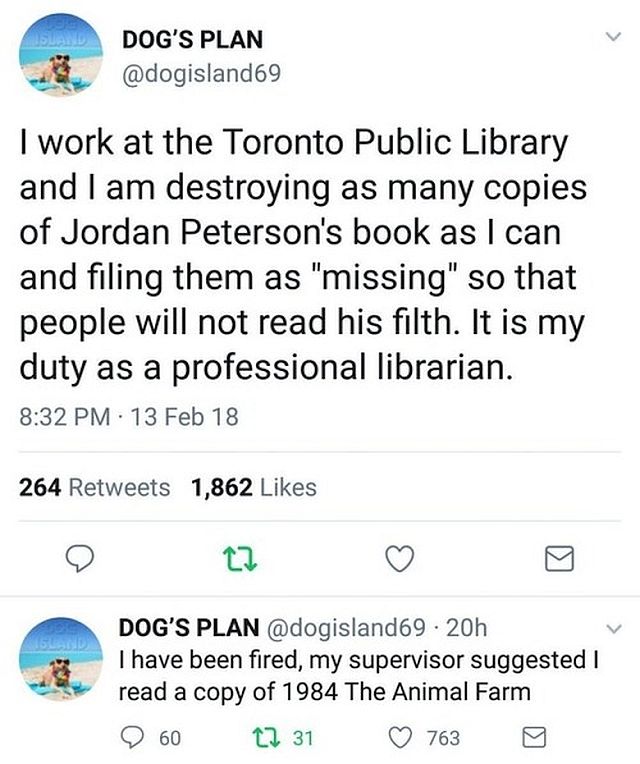 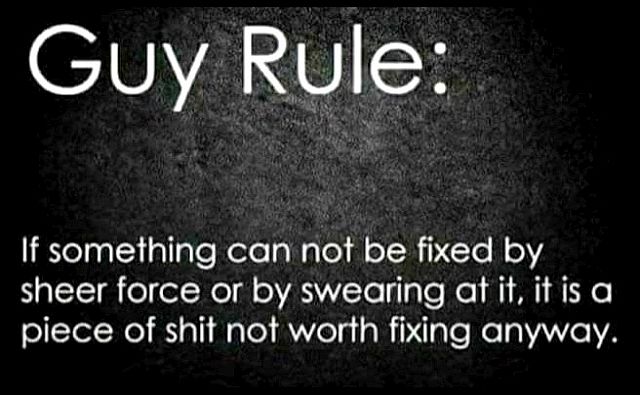 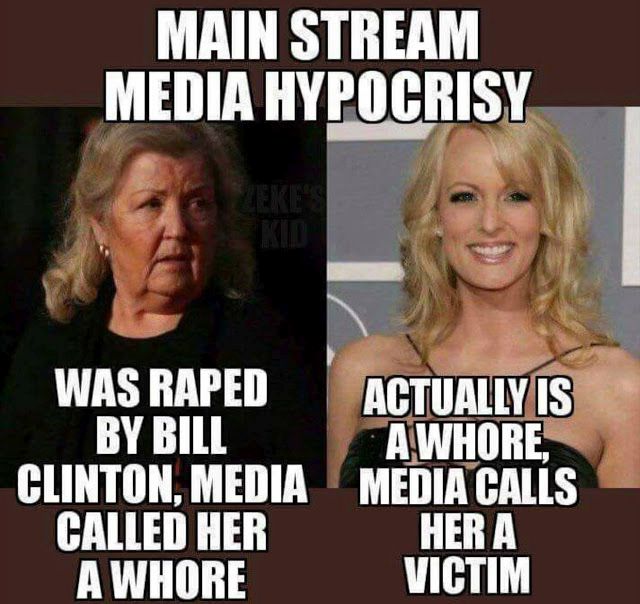 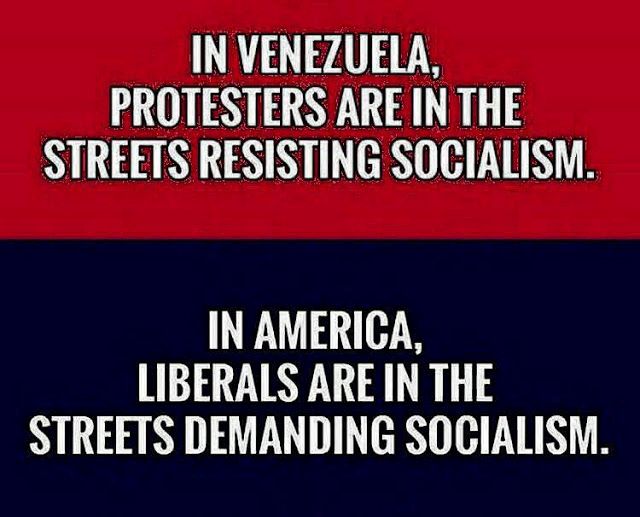 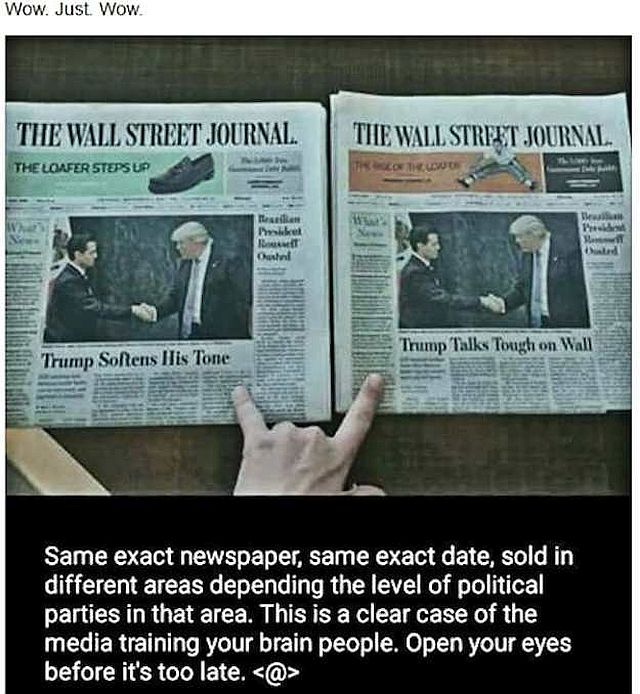 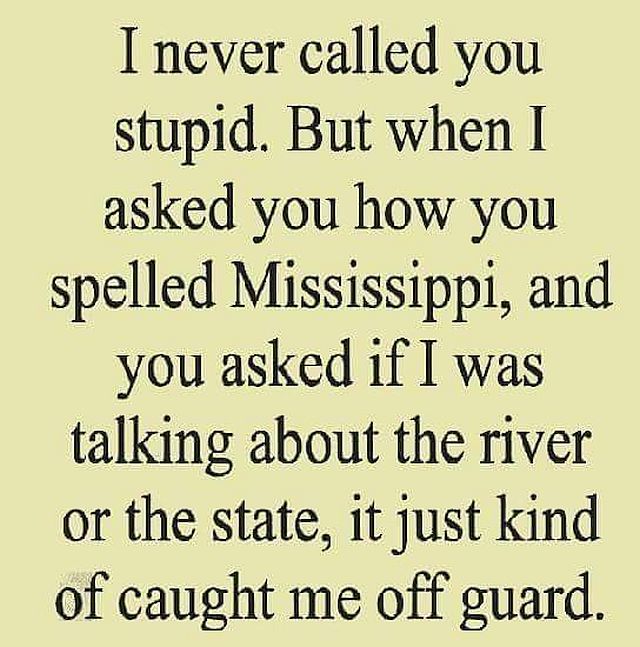 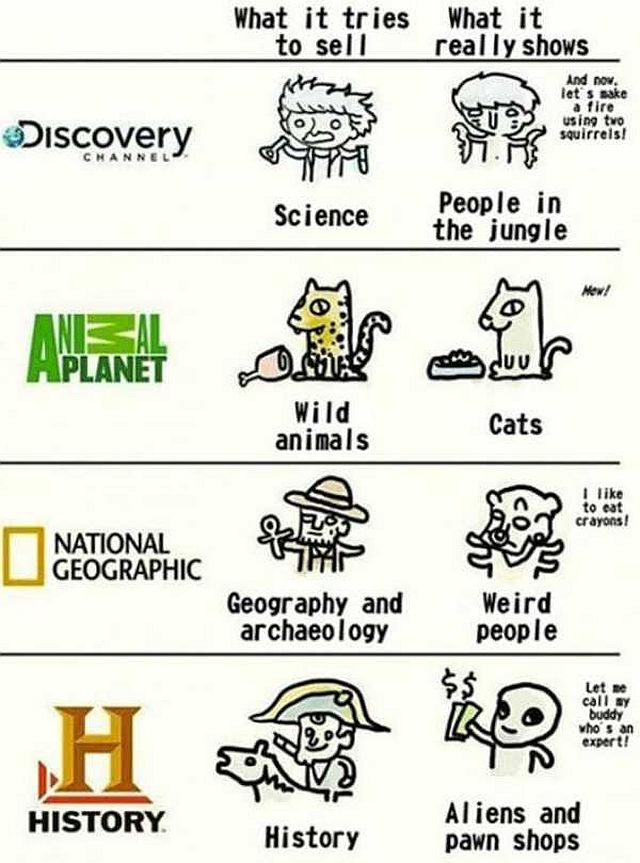 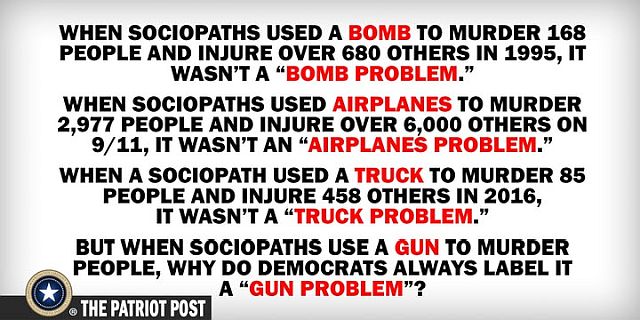 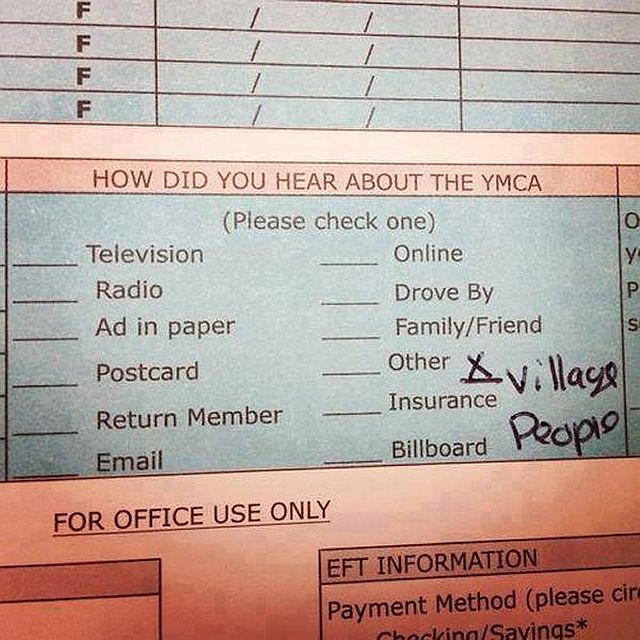 This week Dr. Jordan Peterson continues his psychological analysis of the Bible with series XI: Sodom and Gomorrah:

This week in Vernon BC has had it’s ups and it’s downs.
The ups were Thursday and Friday.
Joe says it was the first time this year that the knees didn’t ache, the hips didn’t seize, the back didn’t click then cripple.  There was a lilt in our voice, and a spring in our step.  Sure, we had some fine days in February, a few in March, just as few so far in April.  The bloody year is 1/4 finished, but you can still find snow without sending out a search party.
But Thursday and Friday….. the weather on those two days was majestic.
Warm and warmer, sunny, dry, no breeze.
You could see the plants and trees turning greener by the minute.
Bees were beeing.  Flies were flying.  The birds were screaming their little brainless heads off.  The ground smelled fecund.
The downs were the rest of the miserable week, comprised of rain, wind, cool temperatures, cloud and more cloud.
It makes a fella want to act out – 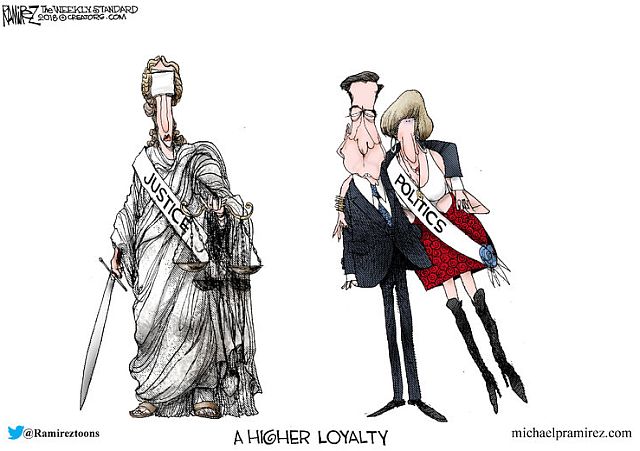 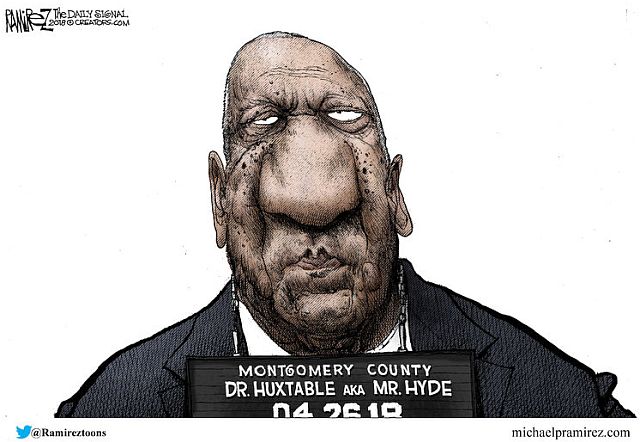 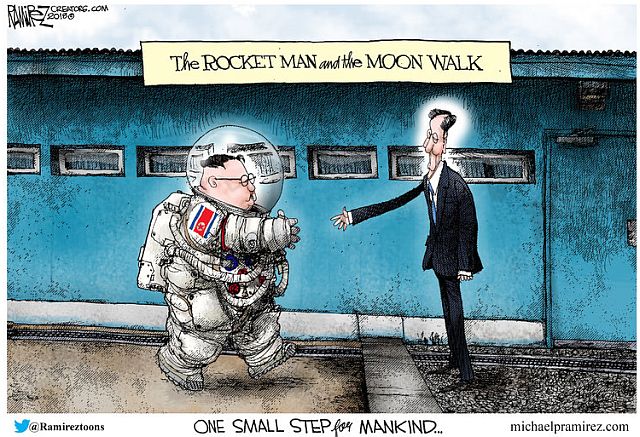 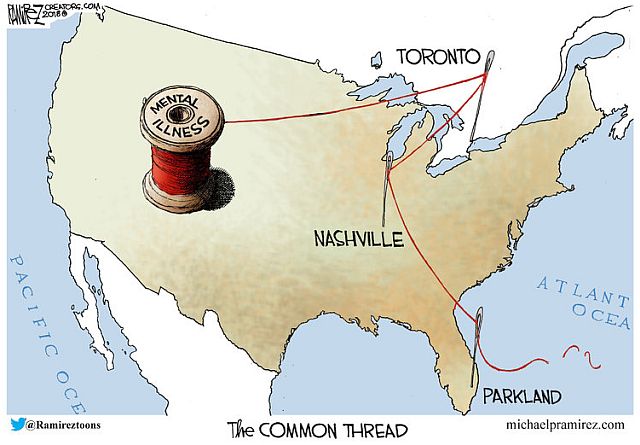 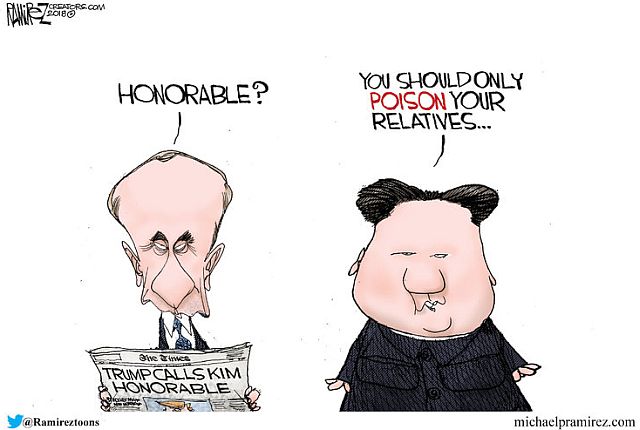 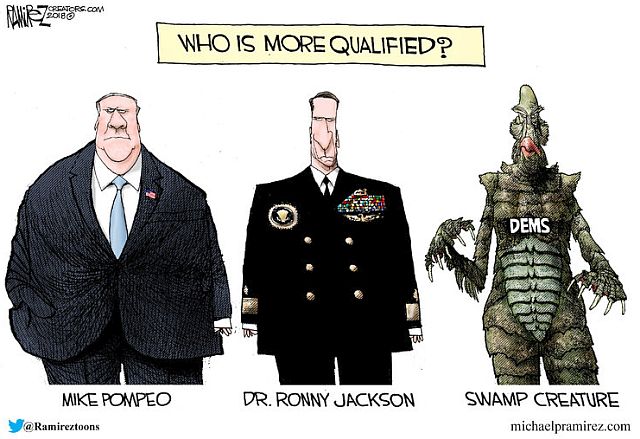