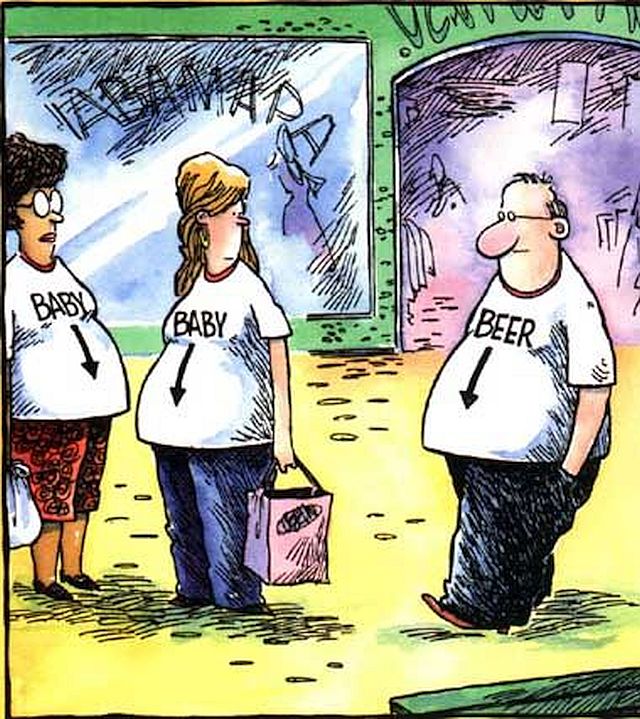 Joe’s Comment – A blatant statement of the obvious is sometime required.  For the record, my beer muscle is the result of many years of dedicated exercise – lifting my elbow!

Government 101
Joe and I take exception to a number of pundits (and non-pundits) who claim that the “extreme right” politically is the home of the Nazi / White Supremacist® and various and sundry others.
Not so, we say, without prejudice.
We read the book by Dinesh D’Souza, “The Big Lie”, and agree that the Nazi movement was far left, and, (arguably) not as far left as the modern Democratic Party in the US of A.
From our humble perspective (and immense arrogance) the landscape of government looks somewhat like this – 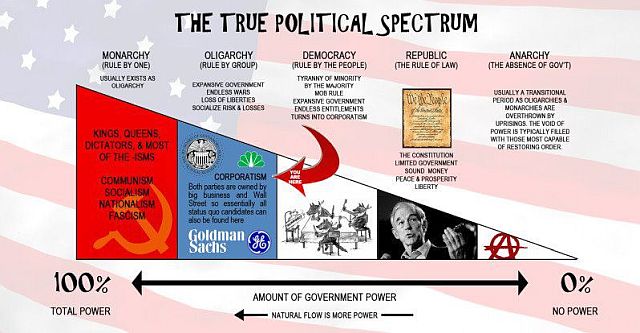 This is the accurate generalization that we feel describes the basic forms of collective government.  It covers every possible variation from small tribe to giant ant hill.
As “theoretical Libertarians”, Joe and I favor the right hand side of this graph.  Joe’s recipe would be just a pinch of law to offset the imbalance of anarchy…. the imbalance caused by the FACT that all people are NOT created equal, but, on a good day, just maybe, they are equal in the eyes of the law; i.e. will receive equal and fair judgement from the law, should the law be required to resolve a dispute.
As we have stated in this rant many times before, the American Declaration of Independence and the American Constitution do NOT mention or use the word “democracy”, for it is a transitional form of government based on mob rule, and has never lead to anything but oligarchy.  Canada is NOT a democracy, no matter how many powerful famous admired people bandy the word around.  Canada is a “Constitutional Monarchy” relying heavily (in the past, at least) on the tradition of English Common Law, whereby all citizens have all rights, relying on the law to resolve disputes within that framework.  The US of A is a Republic, if they can keep it (paraphrase – Benjamin Franklin).  The “Electoral College” is one of the methods the Founding Fathers used to offset the possibility of “mob rule” (democracy), which is nothing more than a system whereby the base appetites of the majority determine the fate of all citizens.  Remember the outcry of the Hillary supporters who screamed not fair because she won the popular vote but not the EC.  If the popular vote won the day, the major cities on east and west coasts (all Democrat) would ALWAYS determine the election.  A graph – 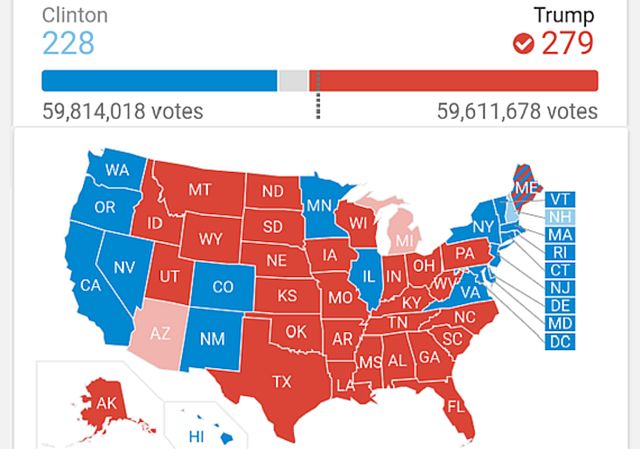 Following is a short primer that underscores the basic spectrum outlined above.  It was produced before the 2012 election in the US of A when B Obama won a second term but the Democratic Party suffered untoward losses at every level of government, Federal, State, and community.  Well worth the refresher:

Dilemma Dilettante
Joe and I have a moral dilemma to resolve.
We take hours out of every day to improve our weltanschauung (individual world view).

[An aside….. there are a number of German words that wholly encompass a meaning in one word – i.e. schadenfreud – satisfaction or pleasure felt at someone else’s misfortune.  Doppelgänger, Blitzkrieg, kaput, kindergarten, many more.]
Our dilemma has been voiced in these Sunday Rant musings since 5+ years past.
Joe and I are not complex in our outlook, although the ever shifting cultural tension exerts perverse and variable pressure on the meanings of words, making a simple definition that encompasses the entity of Joe’s and my weltanschauung impossible.
Some of the things that define our “world view” are the Natural Rights any human being has, in our view, simply by existing.  The right to be.  The right to defend being.  The right to property (including the Self).  The right to speak freely.  The right of free assembly.  The right to associate freely.
These last two listed (assembly and association) have a corollary meaning that is also, in our mind, a right.  It is the right to disassemble, the right to disassociate.
Herein lies the rub.
The old adage from Benjamin Franklin is “In this world nothing can be said to be certain, except death and taxes.”
Joe and I accept only half of BF’s sarcasm / cynicism.  Joe says there is only one thing in life you HAVE TO DO.  That is die.  Everything else, including taxes, is a choice.  Some imaginative, creative, and spiritual folks may disagree (i.e. you don’t have to die, either).
Therein is another rub.
Choices are a part of life.  We all make choices over and over and over every moment, every day.  The question is, how to fulfill your life goals while making acceptable choices every time?
Needless to say, Joe and I haven’t done well in that endeavor.  A subject for future reflexion.  (I like the English spelling).
What to do?
This exercise of writing is a good step.
Writing is thinking in the sense that teaching is knowing – i.e. you cannot teach something you do not know any more than you can write something incomprehensible that makes sense.  Writing solidifies and clarifies thought, with that comes understanding.
To write means to think.
To think means to gather data, information, knowledge, statistics, truth, then grind it gizzard-wise against the stones of personal prejudice, delusion, falsities, and untruths (i.e. weltanschauung) in your mind.
In order to do the above you need access to various sources of said data et cetera.
Joe and I use (in order of importance) our own knowledge with reference material at hand, the Internet via Google, YoubeTube (Yoo Bee Too Bee), DuckDuckGo, the public library, subject matter experts, friends, the General Public™.
But how can you be sure your research is bringing truth and facts?
Oh oh…… oh no!
This bugaboo conundrum was brought on by the ever more obvious knowledge that Google, YoubeTube, FaceBook, Twitter, and ??? have grown so much that a political pattern has emerged.  This pattern identifies and squelches certain points of view from being published.
It is not an agenda that we honor, respect, or follow, for the simple reason that we might not agree on the identity of the arbiter.  Simply put, we our self and I are the judge and jury of what we can see or what we would decry.
Joe and I are “theoretical Libertarians” (i.e. our ideal society is bounded only by limited government, the caveat to harm no one else, and the credo of the platinum rule (do unto others exactly what they want done unto them)).  We say theoretical because this utopia requires a modicum of virtue, morality, and common sense as a common denominator.  Good luck finding that common denominator.
We are at odds about the above right to disassemble, to disassociate.  Although Google and YoubeTube are the old “gold standard”, we are looking for alternative services which are less restrictive; more first amendment friendly.
In terms of Google, Joe and I are using DuckDuckGo on a more regular basis.  It is hard to break a habit like Google.  DuckDuckGo has some advantages and some drawbacks, but often produces results in the top 10 or 20 links that are NOT brought by Google.  For now we are using them both.
As for FaceBook, we signed up many years ago but have NEVER USED IT OR MADE A POST.  Ignored Twitter entirely.  Joe says we don’t need no stinkin’ social media accounts….
That leaves YoubeTube (Sung to the tune of Frank Sinatra’s Dooby-Dooby-Do):

What are the alternatives?
There are three that have some of the folks I want to hear:
– LiveLeak:  https://www.liveleak.com/
– BitChute:  https://www.bitchute.com/
– PewTube:  https://pewtube.com/
To date the “nesting” of videos into this rant is automatic with YoubeTube and Vimeo, but all others require some technical knowledge.
Joe and I have received instruction from a trusted expert.
What could go wrong?
Stay tuned…….

Pat Condell
The latest from the eloquent master on Europe culture.
This video was not available on YoubeTube, but it was on BitChute, PewTube, and Liveleak.  The following is the BitChute version.  Note the appearance is NOT the same as YoubeTube.  As per the note above, Joe and I will use non YoubeTube in the future.  Here’s Mr. Condell:

The Religion of Peace
Joe and I are not numb to the antics of the Islamic crazy people.
Nor are we amazed at the number of crazies.
We are sorrowful that so many persons can make hate a core principle of their “spiritual” life. 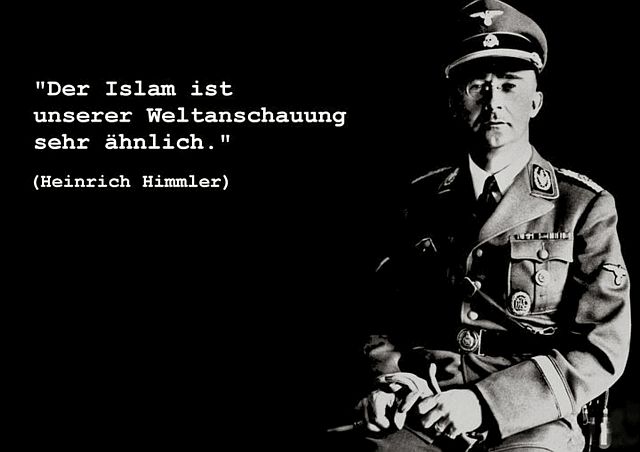 Translation: “Islam is very similar to our [Nazi] Worldview“.
From the watchdog site “The Religion of Peace” comes this dismal news –

It is not likely that Joe and I will see the end of this 1400+ year pogrom of insanity in our lifetime.  Of all the constants in our life, this is negative unnecessary fruitless behaviour.  The United Nations is a eunuch (eunuchus / spado / castratus) whose impotence and kidnapped well-meaning cause misery out of proportion to it’s influence.  Nations stand by while atrocity blossoms.
Ironically, the bounty of earth is great enough to make this type of aggressive antiquated horror pointless.
So goes the world of humans.
Perhaps Shirley Bassey and the Propellerheads have wisdom beyond our years:

A fitting piece of music from the Mel Gibson movie “We Were Soldiers”: 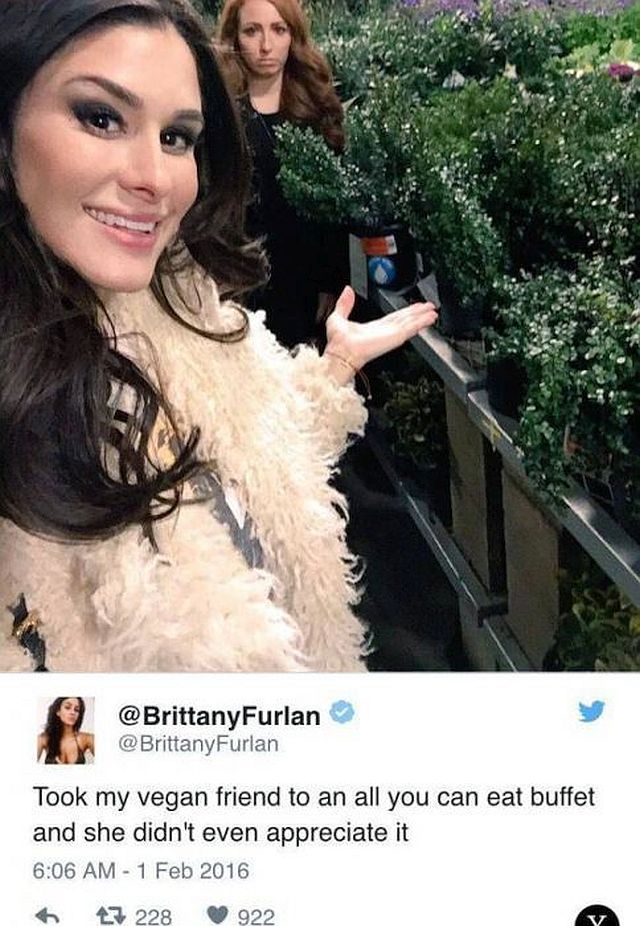 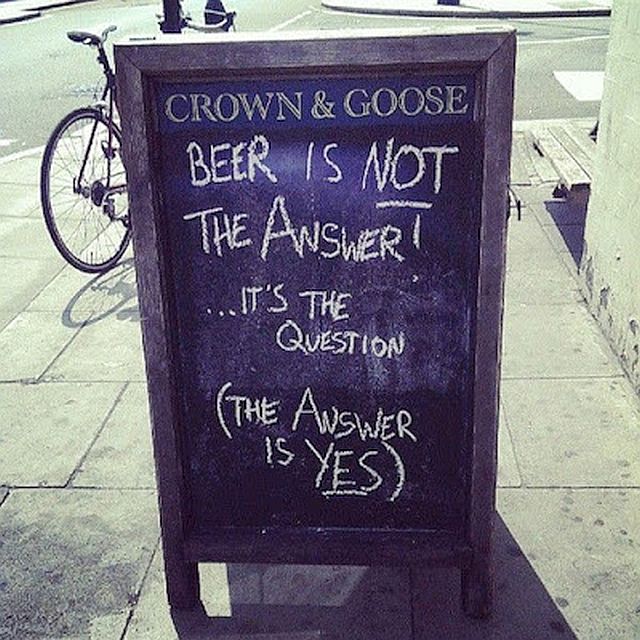 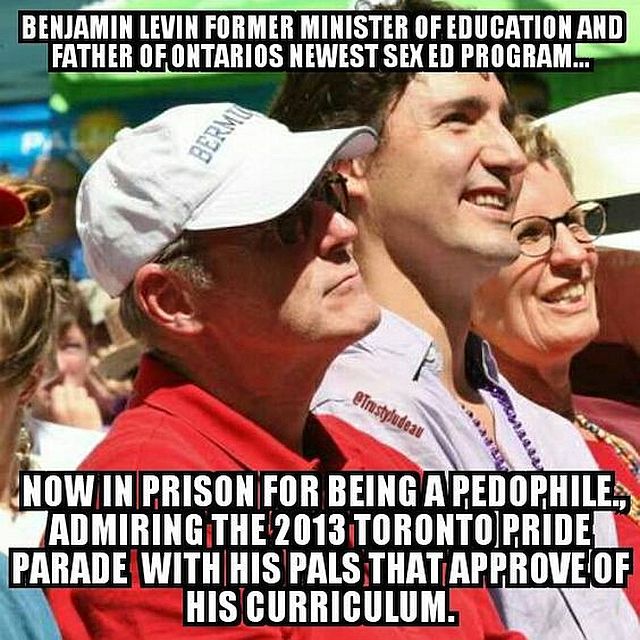 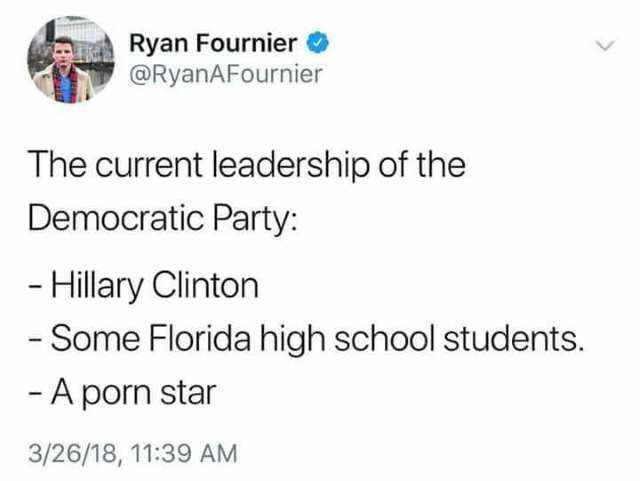 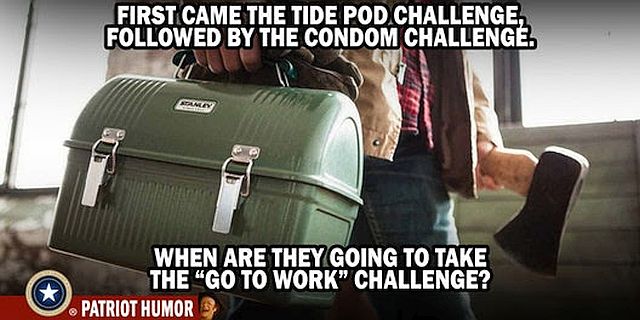 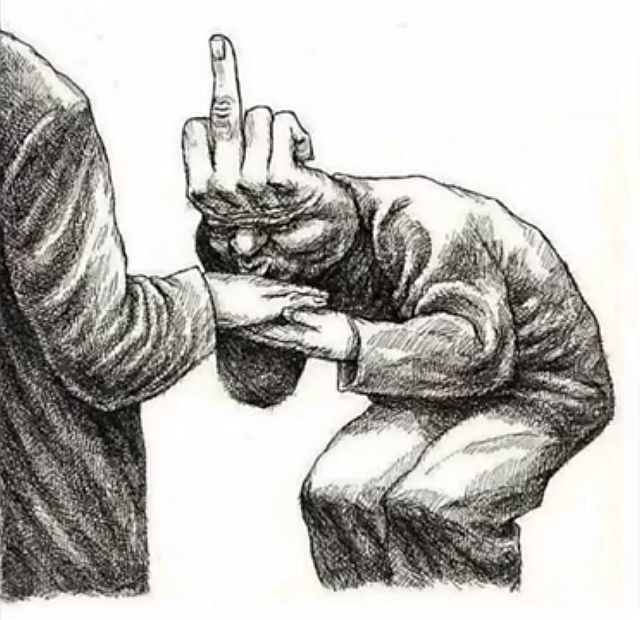 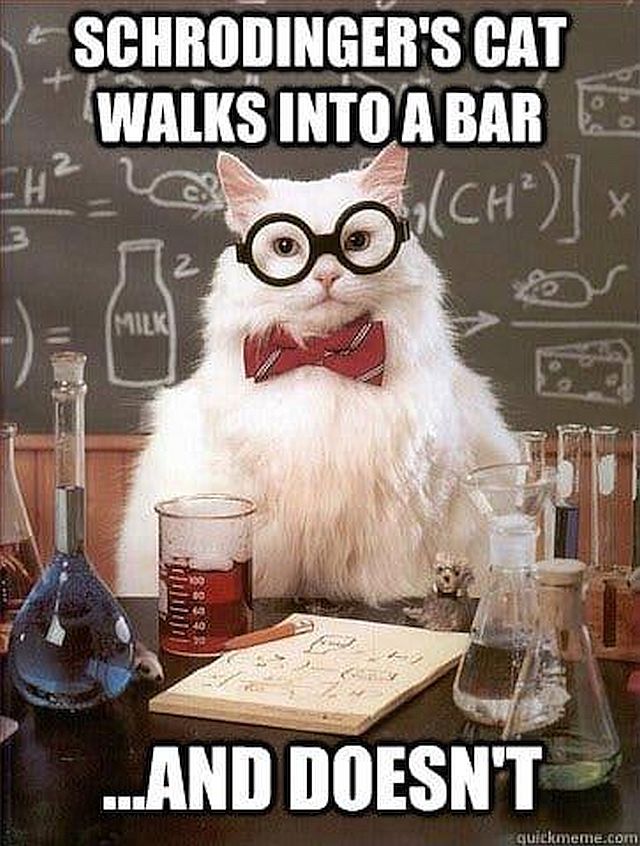 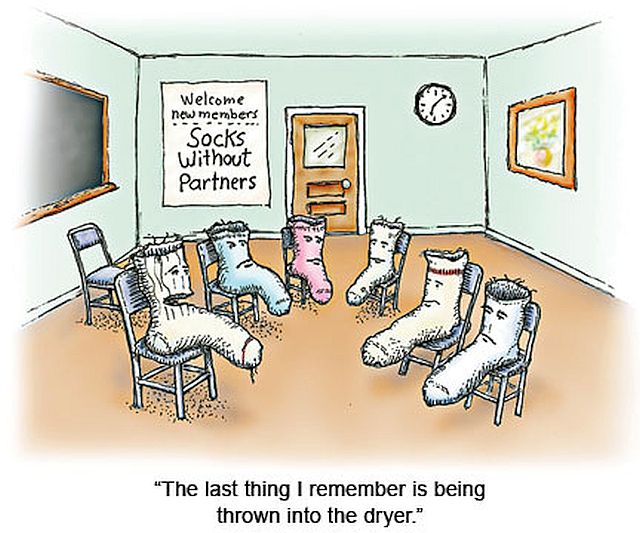 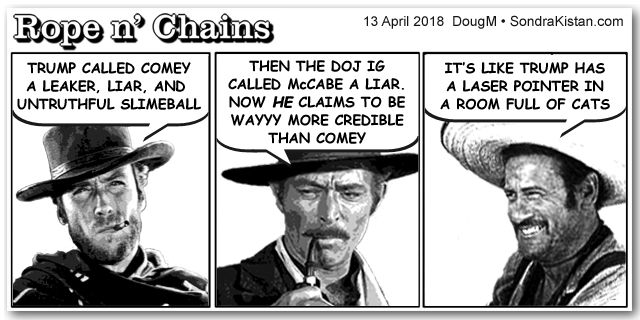 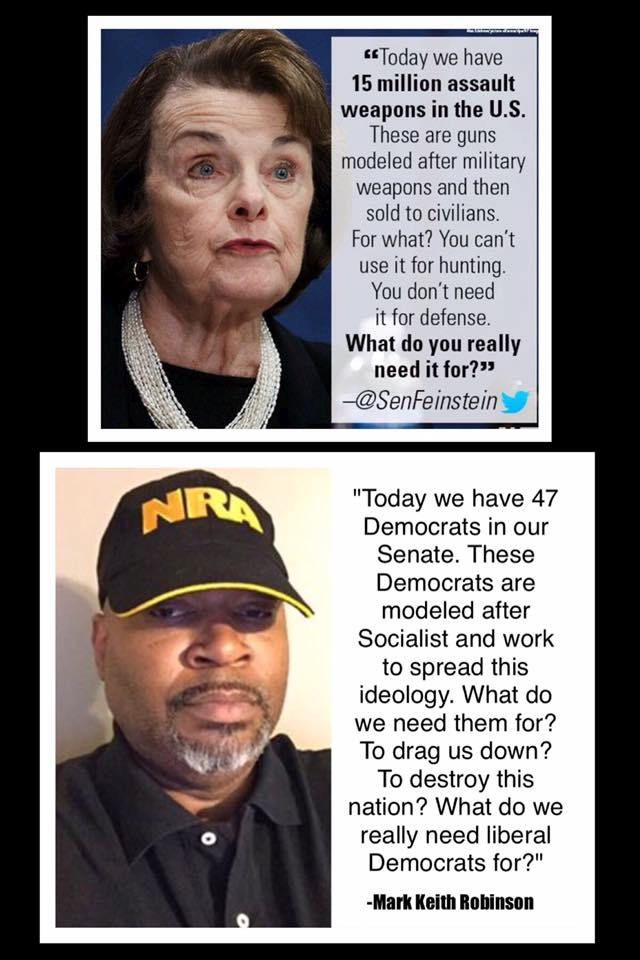 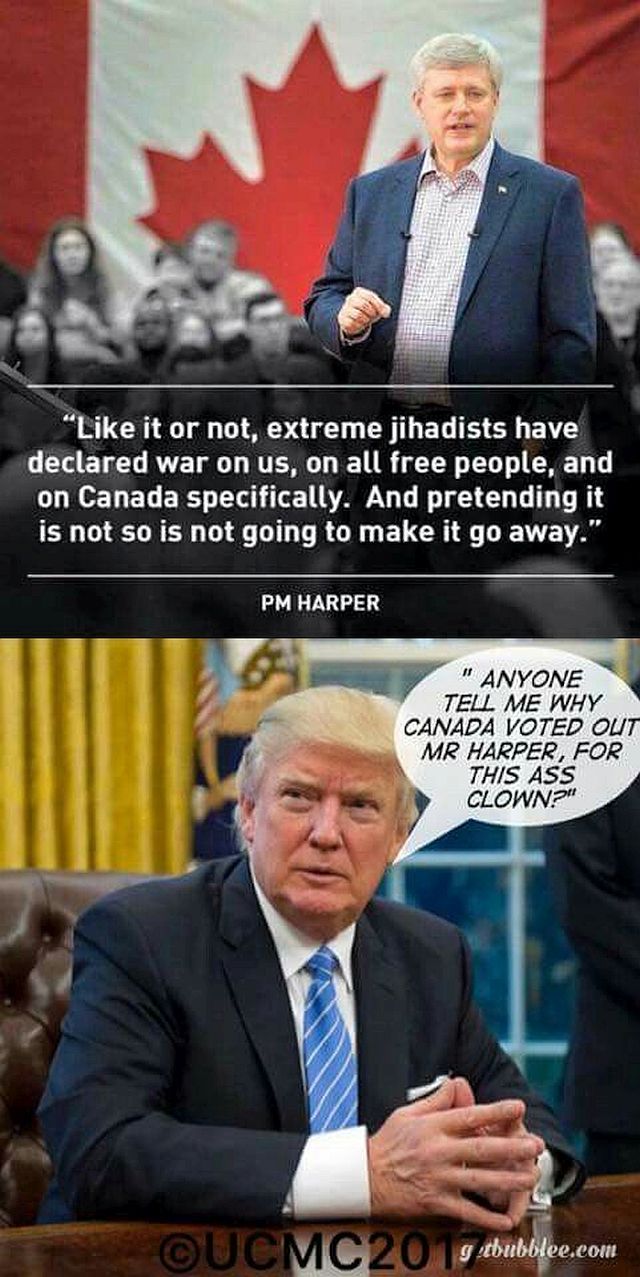 This week is a continuation of Dr. Jordan Peterson’s psychological analysis of the Bible stories.  Here is episode IX: The Call to Abraham:

This week in  Vernon BC was pleasing to the birds, who are yelling at the top of their little tiny avian lungs from dawn ’til dusk.
It was pleasing to all the dormant plant life which is budding and blooming and greening and un-dormanting all de doo dah day.
For Joe and I, not so pleasing.
Dull, cloudy, rainy, sometime windy, most always sunless.
Poo.
A sunny hour or two on the occasional afternoon does not a happy Joe make.
We are still awaiting……

Joe (Prune-like) Mekanic
p.s.  Ramirez will get us through to Summer – 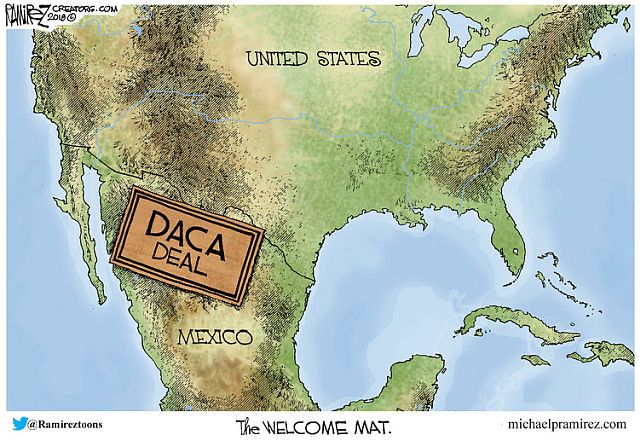 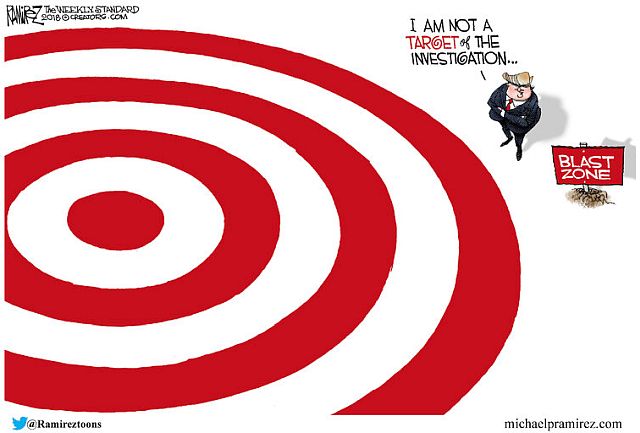 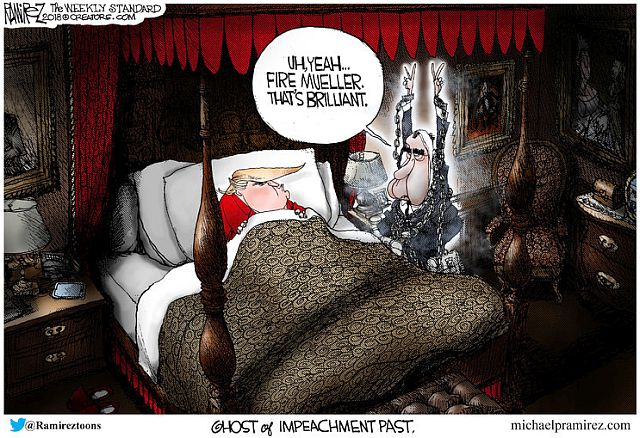 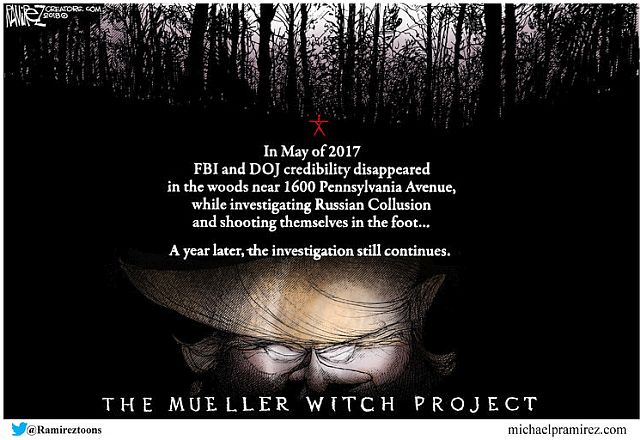 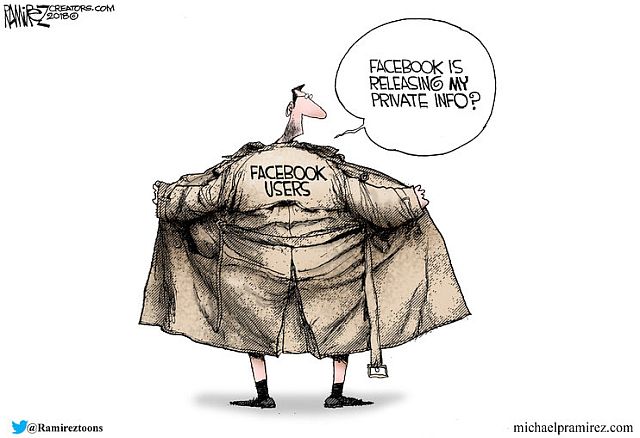 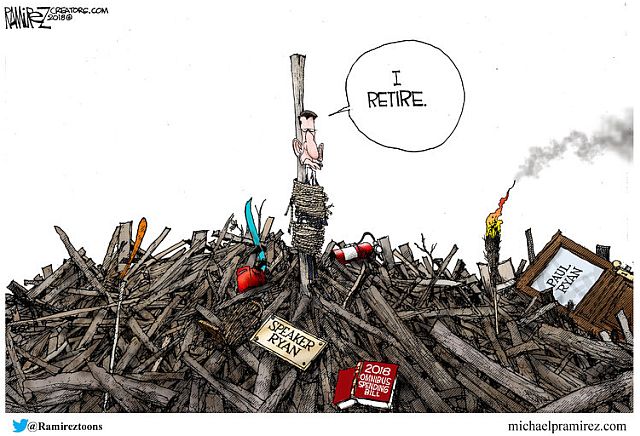 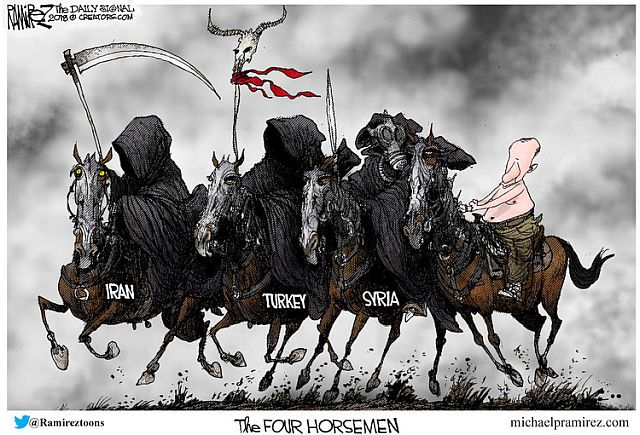