To those of you who actually read my meanderings, and sent along a note of encouragement, commiseration, or condemnation, I thank you one and all. This was not my closest dance with “Mr. D.”, but in retrospect, it may have been my most intimate:

The saga of the “Fecalith Appendix” has not been completely writ. –

Since Sunday last I have plumbed the depths of the Internet (and beyond, with the help of some scary drugs) to determine how so much pain can fit in one old fat man. My latest tactical approach? Loose 50 pounds – less to feel hurt. Crappy theory. You’ve got the same number of nerve endings whether you’re fat or thin. Gotta find a better tactic……..

Thank you Wendy, for giving me succor, solace, respite during my ordeal with internal organ rebellion. You are a beautiful and gentle humanitarian. And a worthwhile role model. May the sun always shine on you. Figuratively and literally.

I (on the other hand) was filled with a slow boiling rage that the surgeon wouldn’t turn over the little traitorous bastard appendix. I had imagined a thorough interrogation (with much torture) to find out who sent it, why it failed, and where the originator of my flawed design might be found. Man of retribution if not logic…….

There is much to discuss with the “Intelligent Design” boss. I understand the need for telemetry to assess the relative environment of any appendage / organ / process – a self survival argument. However, excruciating pain (as experienced) serves no useful purpose. Conversely, it saps energy, concentration, rationality, and functionality………… rendering response or remedial activity an impossibility, and lessens the ability to invoke the “survival” response.

Remember the scene in the movie Terminator when the alien is assessing and repairing / treating his wounds? He is hurting, but not incapacitated.

And the movie No Country for Old Men? Same scenario when the character Anton Chigurh assesses then treats his own wounds………… much pain, but not incapacitated.

Both of the above entities relied (heavily, I more than imagine) upon aggressive pharmacological intervention to render ineffective the self immobilization of pain.

Ready for the intuitive leap of logic? I’m all for genetic engineering. If the designer (conscious, cognizant, or otherwise) can’t do it right, we the living would benefit mightily with a few mods. The Sunday Sermon addresses some burning questions on the subject.

If man cannot be or become GOD, what is the reason for existence?

I might be almost ready to appreciate poetry. William Butler Yeats wrote of Byzantine –

“THAT is no country for old men. The young
In one another’s arms, birds in the trees
– Those dying generations – at their song,
The salmon-falls, the mackerel-crowded seas,
Fish, flesh, or fowl, commend all summer long
Whatever is begotten, born, and dies.
Caught in that sensual music all neglect
Monuments of unageing intellect”

We all pine for the perfect place, for we have all had a taste, however brief: a feeling of how everything else is marking time with you; in harmony. Pink Floyd’s “Comfortably Numb” lyric states it so –

“When I was a child
I caught a fleeting glimpse
Out of the corner of my eye
I turned to look but it was gone
I cannot put my finger on it now
The child is grown
The dream is gone….”

Thumbing your nose at death is a lot more fun when you feel good (and invincible). I feel gooder than good: damn near goodest! Better than I have in years! The “two fer” I got (appendix out, umbilical hernia fixed) cured my drag leg, shortness of breath, and halitosis. I am going to try and run soon….. or scamper if I can’t run. I can’t find my 3D glasses. Gotta get some, ’cause this is an awesome graphic –

This is best viewed with 3-D glasses – I am living on a fixed income (more or less). I completed my tax summary yesterday. Part of my annual review is a spreadsheet to help me monitor the actual costs of owning a home in a monthly spreadsheet. Last two years here:

The first year I kept a record was 2005. The average monthly cost was $384.85. Natural gas was close to the same, but Hydro has doubled +. My friends at TELUS were hard on me last year – I converted to Optical TV, highest speed Internet, bundled with the basic phone. Then, I didn’t pay attention for months. I was paying for way more “service” than I needed. I expect 2013 will see this number drop to close to $110.

Anyone reading this, I’ve attached the spreadsheet to this email if you want to use it for your own tracking.

That Shiny Pony Trudeau might be the correct choice after all. See here:

Gotta admit the logic is sound given the frame of reference. Which begs the question(s) doesn’t it? Are us Canadianianans

I call on Jimmy Soul to pray for Canada : [youtube http://youtube.com/w/?v=7myjFBwDlIk]

This is a sad story. There are always Generals, because there will always be military. But great Generals are few & f.b. The greatest military force in the world is a tool in the same sense that a gun or a pruning shear is a tool: the outcome and consequences of it’s use can be beneficial, or tragic. Too bad (did I just say “too bad”? I meant to say “it’s a travesty”) politicians aren’t cut from whole cloth to a similar pattern as these men. Four incredible leaders, gone:

A boots on the ground leader like “Mad Dog” Mattis could only gain respect and loyalty from his troops with statements such as “Be polite, be professional, but have a plan to kill everybody you meet,”. The message is clear, the orientation is unmistakable, and the sense of purpose cannot be confused. He also told the Iraquis that the Marines would be “no better friend, no worse enemy.”, once again clear, concise, unambiguous. Mattis is the general who stated at a 2005 press conference “You go into Afghanistan, you got guys who slap around women for five years because they didn’t wear a veil. You know guys like that ain’t got no manhood left anyway, so it’s a hell of a lot of fun to shoot them.”

Contrast this with Jug Ears (that would be the fearless Commander-in-Chief) mixed messages and barely concealed contempt for the military. I think Obambi could benefit from 6 weeks of basic training at boot camp. There is no way he could go Marines or Special Forces. If nothing else, it might bring him the understanding that he is in the presence of superiors, each and every Gomer Pile and Audie Leon Murphy one of them.

The word “Immigration” evokes a response from almost everyone. Add in the word “mass”, and the response meter goes into the red. I like the cut of Steve Sailor’s jib:

I am reluctant to post anything which is not vetted (unlike Obambi supporters). The following graphic representation can be “food for thought” if nothing else. As for which I would prefer, clarity is platinum. Arm up, pilgrim! –

Some Easter wishes (and hijinks) from Rated RR:

Cody R. Wilson is an American Patriot. Matter of fact, he is a freedom fighter for humanity. A short documentary called “3D Printer Guns”. This is a clear thinking 24 year old man:

Well worth the time to view. A 3D printer primer here: [youtube http://youtube.com/w/?v=B3D56IpACME&feature=youtu.be]

Survivalists, “Bugging Out”, Being Prepared –

I haven’t been in the area of a natural (or otherwise) disaster since Hurricane Hazel. I was pre-school (1954), but I do have some images in my mind about the event. There is a buzz in the Internet concerning post disaster survival. Hence, a few stories, for some of my acquaintances say “ya, but, it couldn’t happen here because xyz”. My argument is not a refutation of the feel good noble response legend. I believe it better to be prepared for the worst, than to expect the best.

Story 1: A long but worthwhile read in broken engrishhh from an Argentine man who survived the economic collapse in 2001. He is talking about how he survived / survives in Buenos Aires and he doesn’t pull any punches. Seems like a middle class in the economic environ gives stability to a nation / country / community:

I agree that the “SHTF” moment won’t be an exact date and time event, but more an insidious continuous corrosion of freedom until there is no alternative. Human nature to swap freedom for security. More human nature to want “someone else” (there you go, Mr. Ling) to bear all the responsibility for the decisions, actions, and consequences related to security. It ain’t easy bein’ green, and it ain’t easy being a human, either. The defacto default is animal: it is a cameo role for us all……

Story 2: A citizen of Bosnia shares their experience from the 1992 – 1995 breakdown of law and order:

Story 3: A personal and anecdotal account of events after Katrina and Louisiana met (if you don’t remember, Louisiana lost). From a retired pastor:

The recurring theme from all of these stories is how quick law and order break down. The self indulgent luxury of “rights” based on race, wealth, age, health, gender, intelligence are pushed aside almost immediately. Survival changes all perspectives. 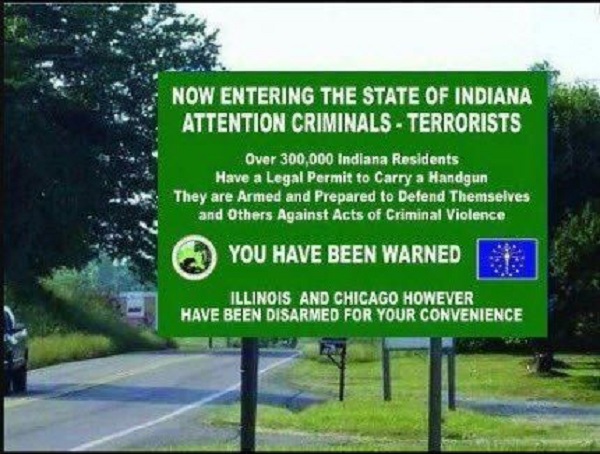 One last video from Colion Noir that breaks it down to the individual. Can you imagine Joe Biden at the south border of Arizona some night with only himself to meet and greet the influx of southern “neighbors”? The thought makes me smile large: I was mildly contemplating looking for a job. Not because I want to work, more like wanting $$$ for toys. Thanks to Bernie M. for sending me this reminder, so meaningful – 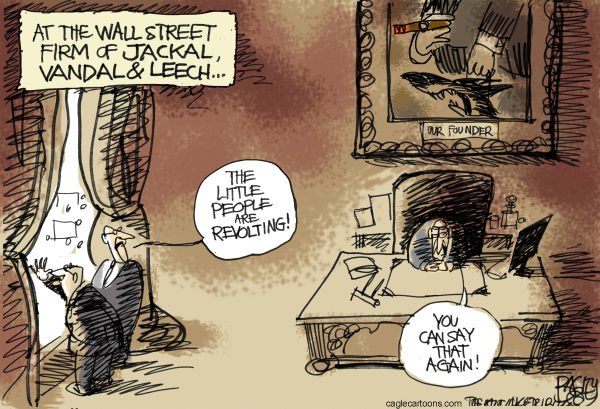 Finally, his prediction that “you’ll turn to God”:

Tell me wise ones, open my eyes…. Is it really as simple as powerful people forcing logic and truth into submission? That ain’t right, Right? Jesus, & Fats Waller & Ada Brown says so:

Personal perspective? Articles such as this:

indicate there was compassion before there was language. Why so? These would be behavioral strategies to support survival, yes? On a biological plain, there is no intelligence demanded or required (is there?) in survival strategizing – nothing conscious on a petri plate (?) . To help another stay alive is an extra-personal activity, a behavior. Why? My humble guess would be the dawn of rational thought / consciousness was accompanied or perhaps married to emotional thought. The sages say a modern human child only becomes aware of “the other” around / about 3 years of age. Following my bent / mutilated / stapled / misinformed trail of logical disconnects, I blame the whole thing on language.

Why would an Imam tell his followers that every single problem they ever had, have, or will have is the work of the Jews? Why instead, doesn’t he tell them that by denying them education, and subjugating their will, they appear as 7 century savages to the West? I guess with nothing to play with other than ossified camel turds in a 50 Celcius inferno (that would be the dessert and rocky parts), it might seem digestible. Haven’t they pictures of what Israel looked like before 1949 to compare with the garden it is now? How in the great roasted garlic clove of goat ass breath do they figure that happened? Maybe, just maybe, hatred isn’t the answer.

Videos such as this clip from a larger “documentary” titled Zeitgeist identify (albeit Michael Moorishly) common themes amongst the “great” religions of the past (& present):

I missed all the warm and hot days in Vernon while in Cowgary (moo!). However, since I’ve been back (Thursday) the rain, cloud, light breeze, combined with the blooming magnolia and budding lilac has been quite pleasant. The hills are turning green and the grass needs to be cut. More chance of pruning your skin than burning it. All in all, beats the hell out of snow and freezing temperatures…… Leaving only one question to ask – 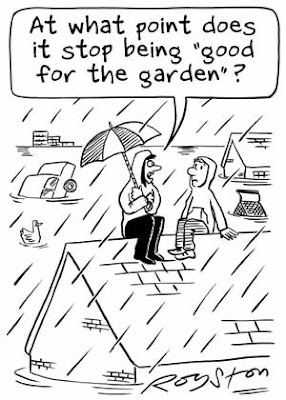 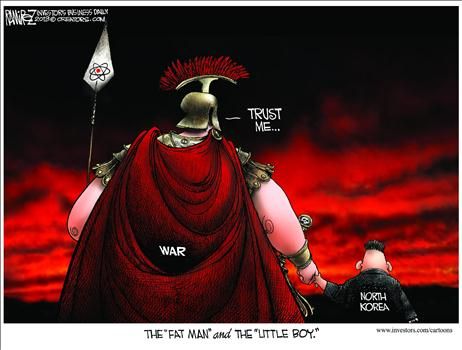 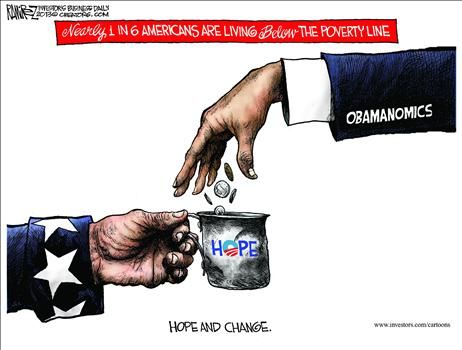 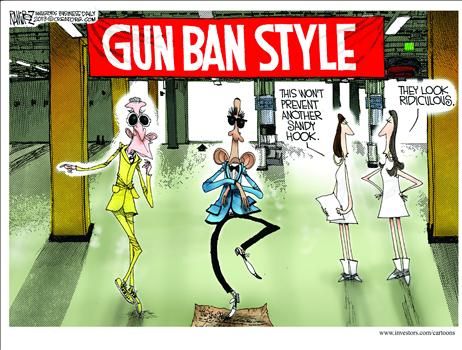 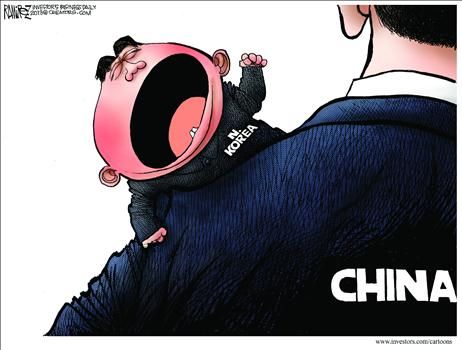