Q.  How often is Easter Sunday synchronous with April Fool’s Day?
A.  Today for sure….. time for cartoonery! 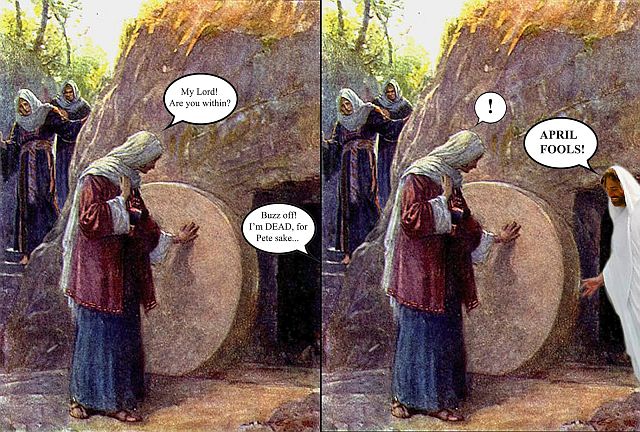 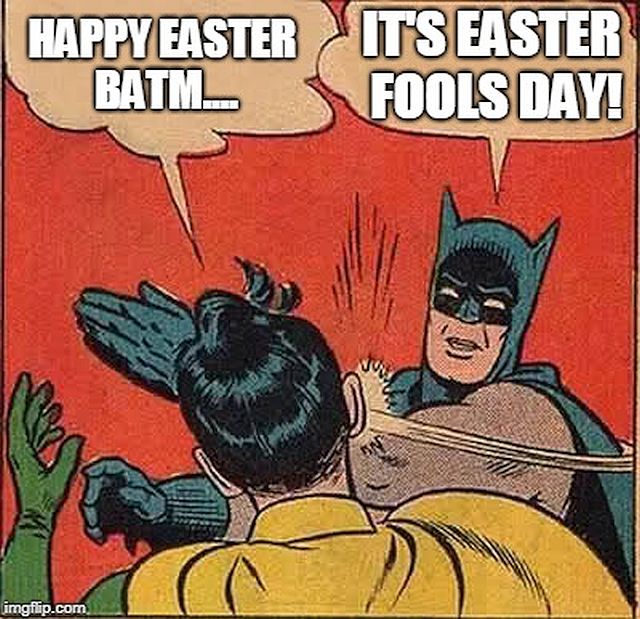 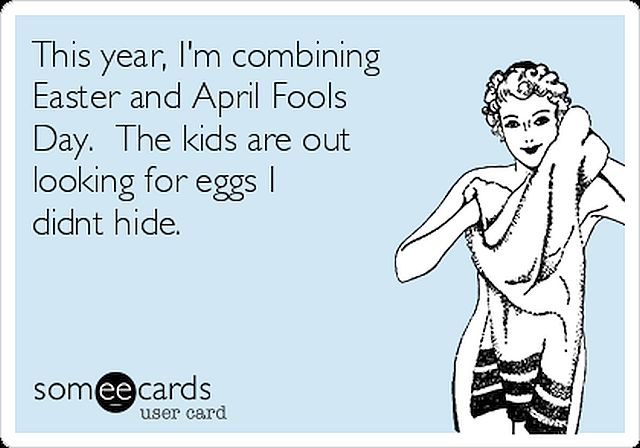 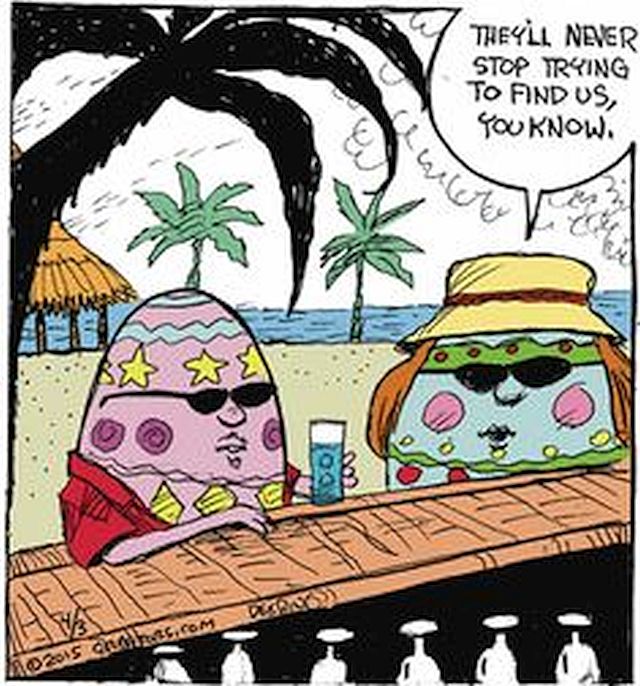 Westernism Is an Idea
Victor Davis Hanson says that a newcomer to the West can become more Western or more American (for example) than anyone else because Westernism is an idea.
Joe and I fully support and condone this concept.
This man, Victor Davis Hanson, is a walking talking historian on the origin of Western society.  He has with his many books detailed the development and building of our Western values, our foundational laws, and our fantastic culture.

The following video is one of many available on YoubeTube wherein Prof. Hanson eloquently goes back in time and identifies the source of Western uniqueness.  Joe and I couldn’t find any video of the original speech.  If anyone else has a link, please forward if you would:

A companion speech that is perhaps older (we can’t find the original video) and is brilliant:

Trump and the Prostitute(s)
Joe and I are theoretical Libertarians.
Theoretical in the sense of Wouldn’t It Be Loverly?” sung by Audrey Hepburn:

Unfortunately, Libertarianism is more likely in an ant colony, for it depends (like voting in a Western country) on a virtuous and informed electorate.  Or, from another perspective, a homogeneity of thought about fundamental values and an equal portion of common sense.
Dennis Prager has a thoughtful and logical commentary on the furor surrounding the contrary claims of POTUS Trump vs the beautiful ex-porn star Stormy Daniels (aka Stephanie Gregory Clifford). 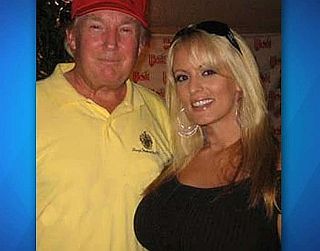 Mr. Prager lists examples of presidents past who were inclined to stray from marriage vows: sometimes before, sometimes after, sometimes during public office.  Sometimes all of the aforementioned.  Joe and I add that politicians have no strangle hold on indiscreet and harmful behaviour that strains or breaks hearts and relationships.
Some say it is a biologically determined drive, that males are dispensable (in terms of fertilizing eggs) from a female perspective, ergo every opportunity not taken is wasted.  Others may say that it is a tango – it takes two.  Still others rely on a moral compass or indoctrination gained via cultural imprinting; i.e. society, religion, community, family, influencing their judgement.
Joe says the only guaranteed fact is that every single one of us judges, and what we are hearing from the main stream media and the blogosphere is the competing judges out-shouting one another.
Joe and I tend to agree with Mr. Prager’s assessment, that in the case of the President of the United States, there are priorities that supersede or render moot his sexuality / sexual proclivities / dalliances / indiscretions.  Other American presidents are peccadillo positive: Jack Kennedy, FDR, LBJ, “Slick Willy” Clinton – the tawdry list is long (link here).  These are the heterosexual American presidents.  Other countries leaders are not saints either.
What about those fearless leaders who answer to a different romantic song?
Need we mention Kathleen Winn, hysterical lesbian (Ontario Premier), or Barry Obama (Chicago gay bathhouse member) or Barney Frank (US Congress) who ran a male prostitution service out of his apartment, or the perverts like Anthony Wiener.  Other countries (sadly) don’t differ.
Joe surmises that asexuality is NOT a hallmark of the political class.
Despite (or because?) their “orientation” all of these people have or had a job to do.  Joe says their sexual orientation when contrasted with the quality of the job they do or did speaks volumes.  Just saying….
Quotes from the Dennis Prager article –
“The most obvious is that adultery is frequently an inaccurate measure of a person’s character. Indeed, many otherwise great men have been unfaithful to their spouse. And while it is always a sin — the Sixth Commandment doesn’t come with an asterisk — there are gradations of sin.
Let me give an example of when adultery would be a lower-grade sin: when it is committed by men or women who have taken care of their Alzheimer’s-afflicted spouse for many years and the afflicted spouse no longer even recognizes them. Of course, the healthy spouse could find love with someone else without committing adultery — by divorcing their demented spouse. But few people would be so heartless as to recommend that avenue. At the other end of the sin spectrum would be flaunting one’s adultery, thereby publicly humiliating one’s spouse.
The second problem with the adultery-matters-in-a-political-leader argument is that the policies of a political leader matter much more — morally — than that individual’s sexual sins, or even character. It is truly foolish to argue otherwise. Would we rather have as president a person with racist views who otherwise had an exemplary personal character or a believer in racial equality who committed adultery?
I have considerably more moral contempt for the media’s and the Left’s obsession with Stormy Daniels than I do for Donald Trump for his alleged night of sinful sex with her. That “60 Minutes” correspondent Anderson Cooper and many in our country found it acceptable to ask a woman, “Did he use a condom?” on national TV is a far graver reflection of America’s moral malaise than a man having a one-night affair 12 years ago.”
Joe and I heartily agree.
It is sad there are no Supermen.
Or Superwomen.
But, it is comforting in a melancholy way that every one of us is human.
With that humanity comes the possibility of individual betterment and fair, compassionate, thoughtful interaction with others.
Quit your laughing.  I said “possibility” didn’t I?

Famous Food
Joe needs to be on a diet.  Me too. 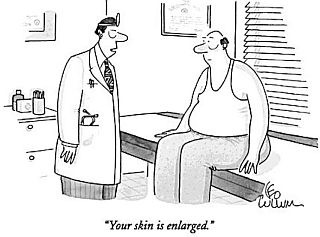 We blame our weight gain (maxed out at 263 pounds!) on Old Man Winter.
Winter is our season for reverie, reflexion (and reflection too), thinking (which is very hard work), reading, research, self indulgence, “squaring the circle” with oblique contemplation, studying, planning, organizing, et cetera, etc……  More thought than action.
All this head work exacerbates our already keen appetite for flora and fauna, prepared by expert hands.  We are wont to slake our prodigious thirst with several libations (one beer gets lonely).  Overall result is a conundrum where tare weight = gross weight = net weight, i.e. no deliverables.
Maybe reality will change…… 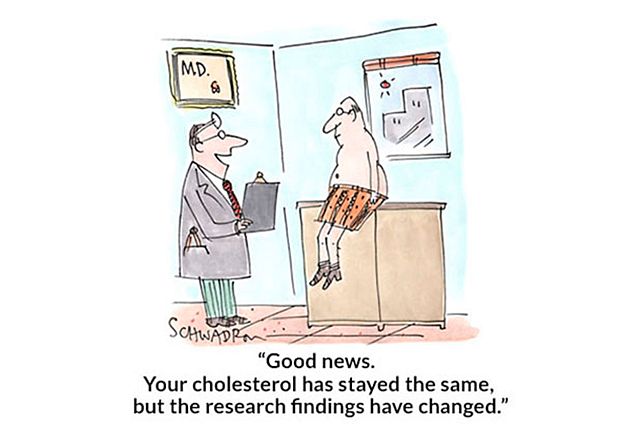 Thank doG the winter is past.  Spring brings activity.  Activity, we hope, brings weight loss.  Weight loss would be good.
Imagine our chagrin at stumbling over this information in a blog out there somewhere ( Thrillist ) – “The 101 Dishes That Changed America“.  The linked article starts with the 1910’s and proceeds by decade to 2010’s, highlighting many foods Joe and I eat with gusto.
A short history of their origin accompanies each listed epicurean delight.
You can watch a short video teaser here.
Maybe we diet tomorrow….. 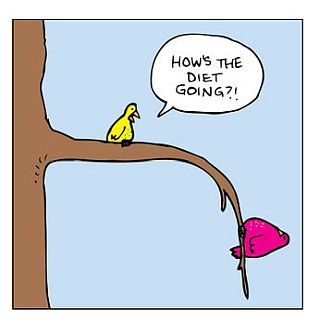 Freeman Dyson
Joe and I have reverence for this wise and learned self-made man.
He has been included in previous Sunday Rants, specifically featuring his observations on the controversial topic of climate change.
This presentation is a marvelous recounting of his life, living through four major revolutions.  An hour of light-hearted reminiscing from Mr. Dyson’s unique and special point of view.  From 2011: 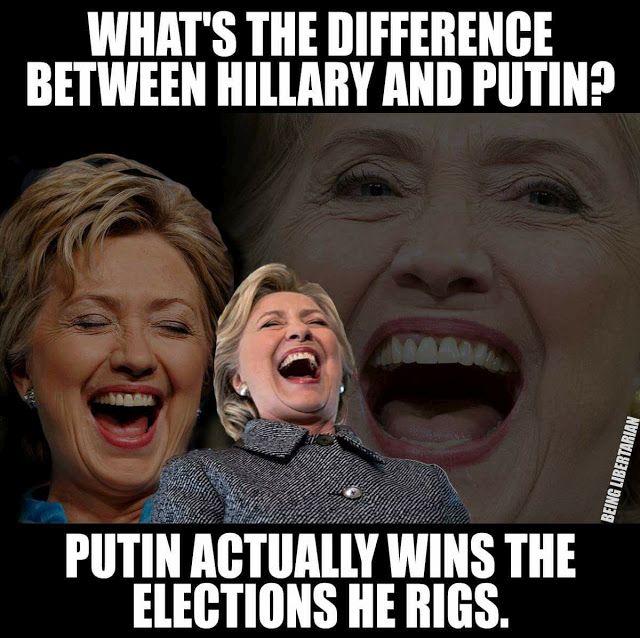 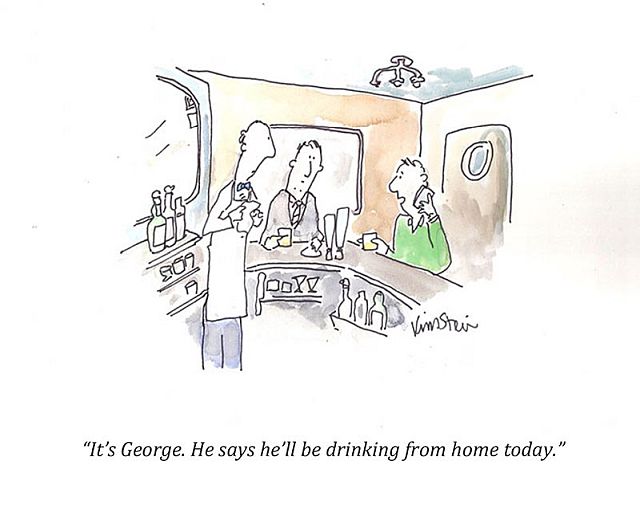 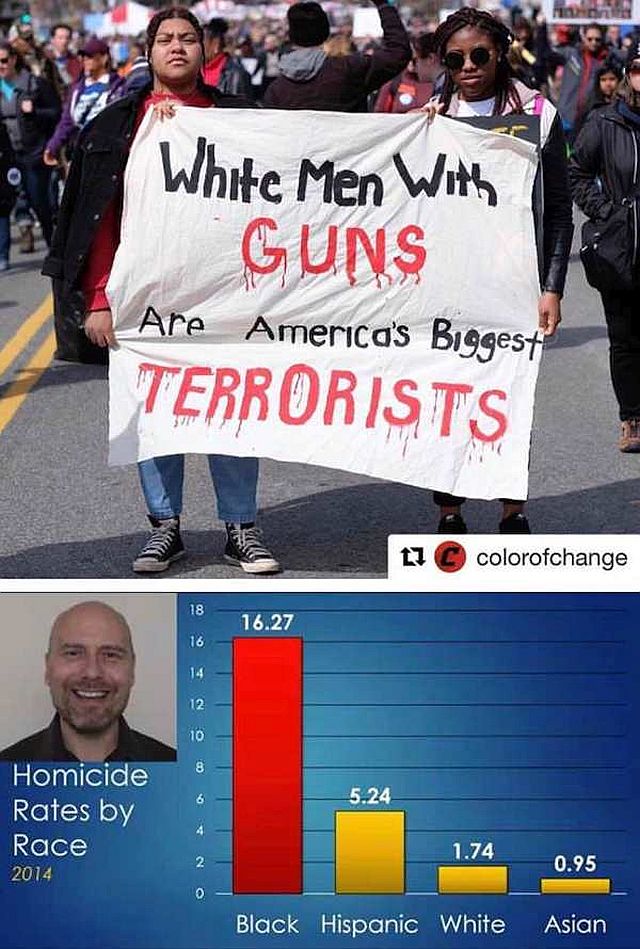 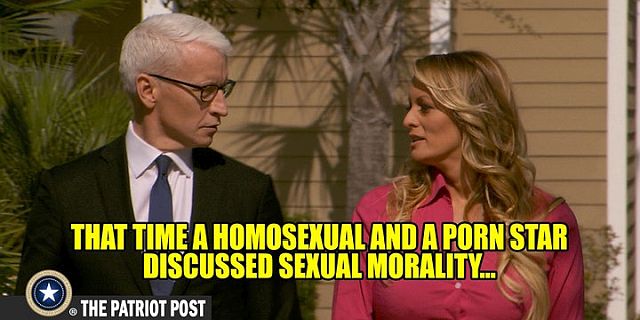 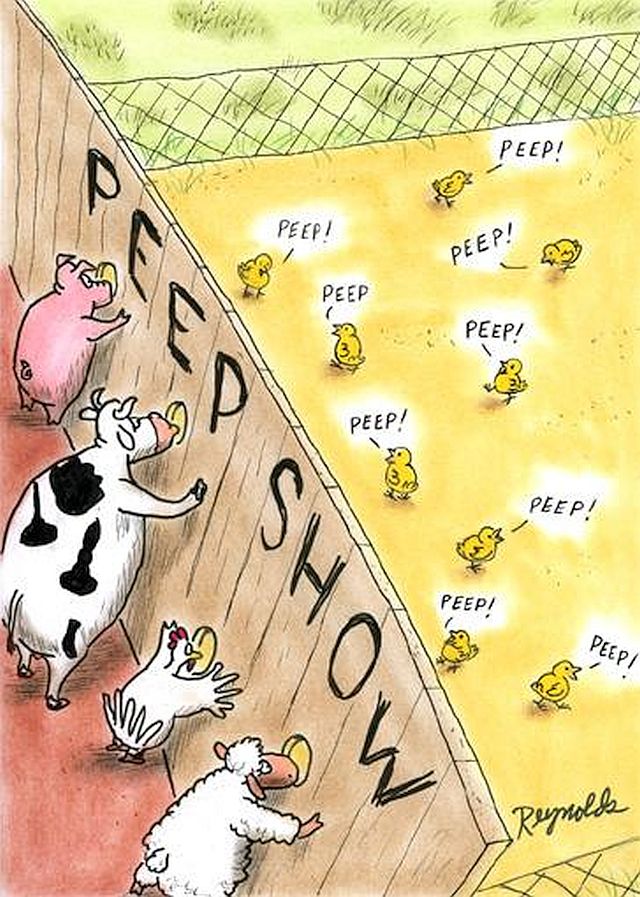 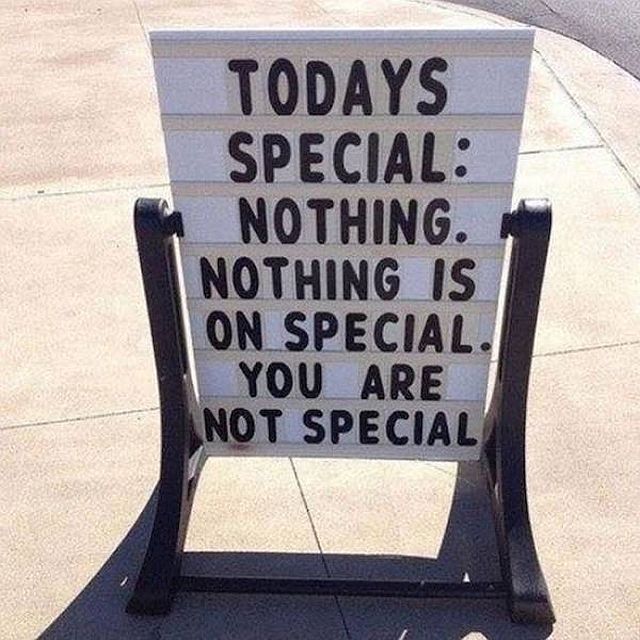 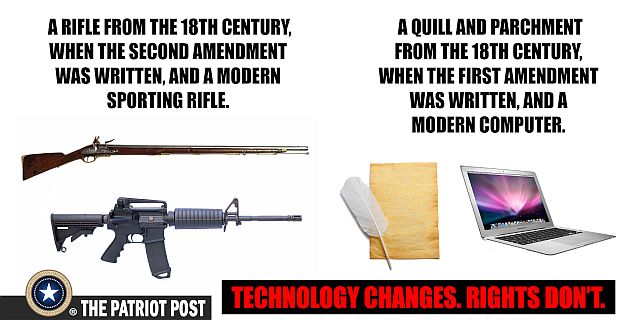 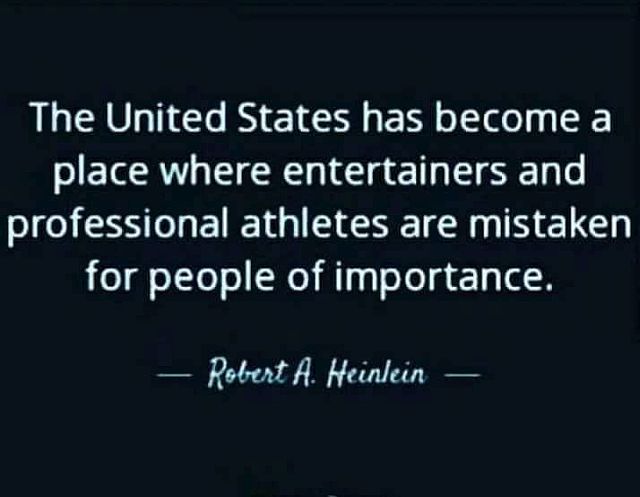 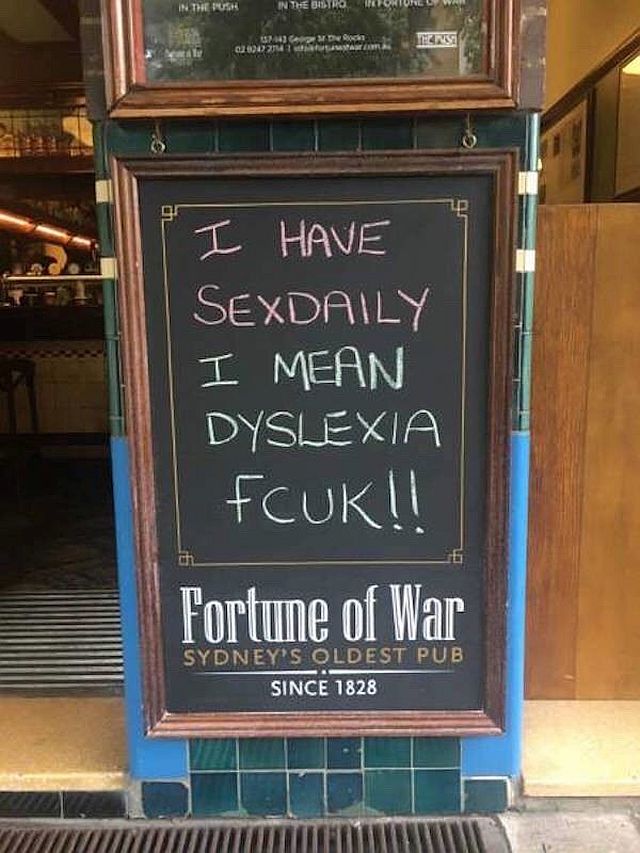 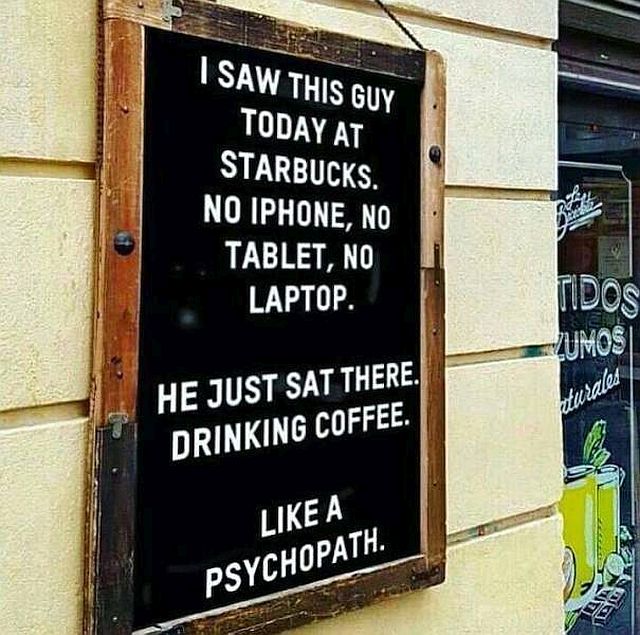 This week Dr. Jordan Peterson continues his lecture series on stories of the Bible. Here is presentation VII: Walking with God: Noah and the Flood:

The weather this week in Vernon BC was analogous to an “incipient spin” in aviation parlance.  An incipient spin is a stall condition that a pilot may or may not notice.  The angle of attack / power setting / airspeed are in juxtaposition such that the aircraft is not flying but not spinning.
So was the advance of Spring this week.
Cool days with sun, cloudy days with a touch of rain, and capping the willy-nilly, snow for an hour or so this morning (Sunday).
Much like the flying analogy, it ain’t Winter (flying), it ain’t Spring (spinning).
Incipient Spring.
The year is going so fast.
April Fool’s Day today.
Maybe the snowfall was the joke….. 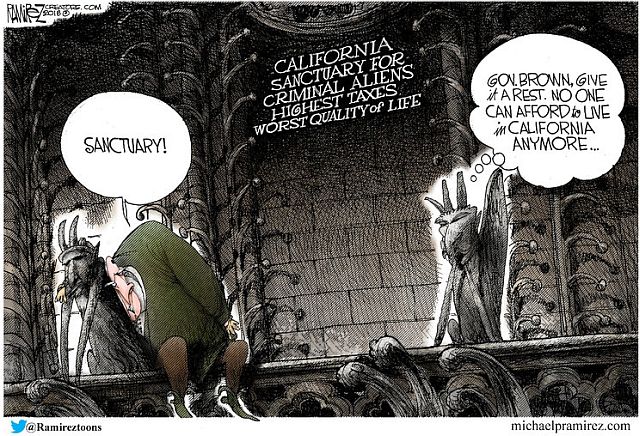 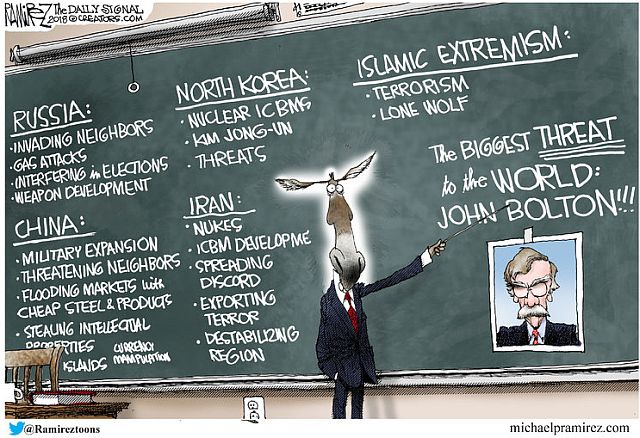 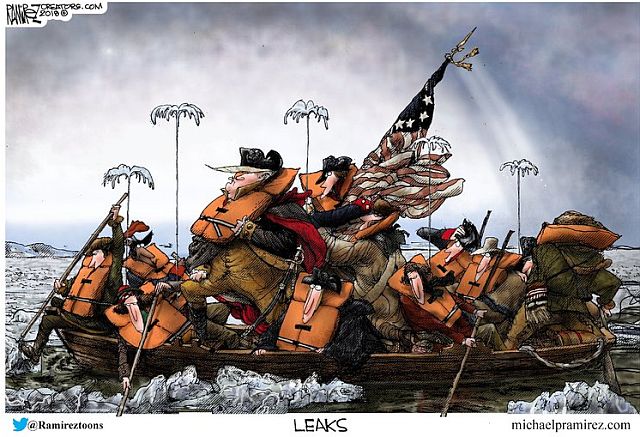 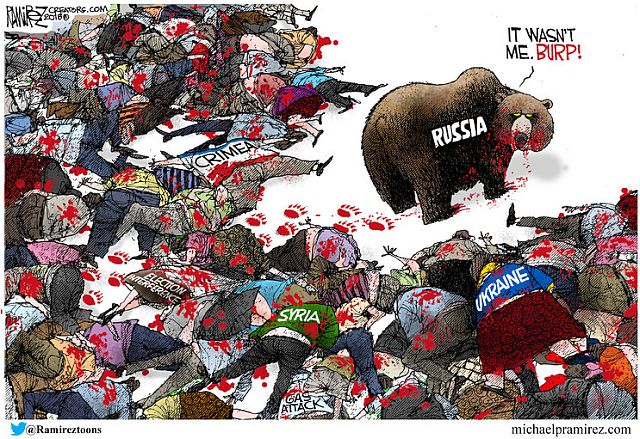