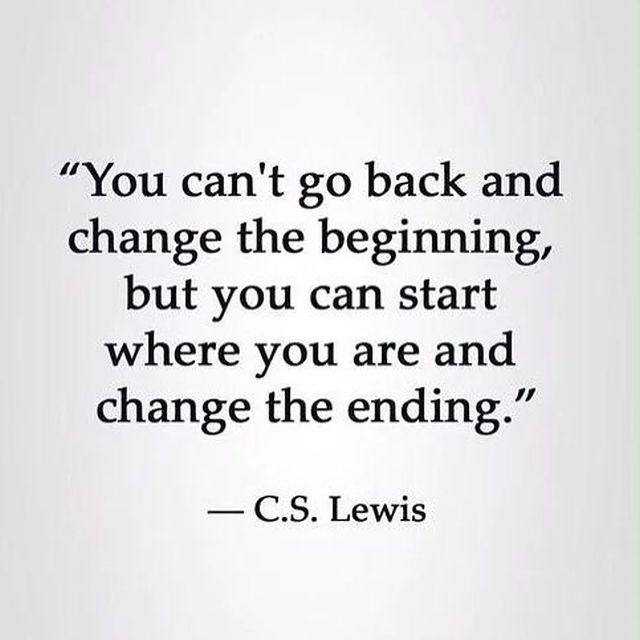 Joe’s Comment – Trust C.S. Lewis to succinctly suggest an important attitude adjustment in less than 20 words.
The human condition requires you make mistakes and take risks to learn, all the while you will develope an aversion to making mistakes and taking risks.
Nobody wants to fail, even if it is essential to developing and learning.
Being human ain’t easy.  Much conundrums.
I chose this quote because I’ve been wrenching on three different Ford vehicles this week.
Happy ending here I come!

Patrick Moore
This week in the Sunday Rant Joe and I celebrate Canadian heroes and heroines.
Patrick Moore is one of the sane voices regarding “climate change” in the rugby scrum of warring perspectives and Chicken Little ideologies.
He self identifies as a humanist, a realist, and an environmentalist.
Joe says that makes him a threeist (ist x 3).
We ordered his ists according to our impression of their importance to Dr. Moore.
Watch the following appeal he makes on behalf of millions of third world children who die every year from complications of vitamin A deficiency:

Joe and I are old enough to have seen the pictures of Patrick Moore and his Green Peace comrades thwarting the Russian whaling fleet.
If we had access to Mr. Peabody’s wayback machine we’d show you a thing or two:

Anyway, President Donald Trump chimed in to support the bona fides of Patrick Moore as an original founding member of Green Peace.

From this article at Breitbart and the associated links found there, we discover that Green Peace has removed Patrick Moore from their foundation’s history.  They’ve air brushed him out of the historical photos.  They deny his involvement!
From this article in wattsupwiththat they compare the Green Peace website photos to the Soviet “disappearing Commissars” photos where Stalin and Co. became Stalin alone.
What a catfish stew.  With heads.
Green Peace has become what Dr. Moore has been saying for over twenty years – they are all about the $$$, and not about the environment.
Patrick Moore is a Canadian icon.
Joe is especially chatty when we go about our business in town.
We quiz folks about various and sundry topics.
Most are ignorant of the important work of great Canadians like Patrick Moore and Tim Ball in the war against ignorance about climate change.

Faith Goldy
Joe and I were somewhat crestfallen to read Faith has married.
We held her in our life much as we do the BCLottery Foundation®.
There are tickets in our shop many years old: why check and lose when you can keep the dream alive?
Here is Faith speaking with Jesse Lee Peterson (no relation to JBP (we think)):

Joe likens Faith to pitchblende.  Or Kimberlite.
That is to say she has some incredibly valuable substance.
Mixed with a cornucopia of other mishmashy often edgy ideas and theories.
Joe and I experience a certain heightening of awareness when she speaks.
Unlike Chris Mathews, it isn’t “I felt this thrill going up my leg”.
We are much more North, much more sophisticated.

Historic Tim Ball
Dr. Tim Ball is a brave heroic Canadian.
Dr. Ball is a climatologist of pristine calibre.
What Joe and I like is his political consciousness and his ability to connect the dots.
We also like his candid calling out of cads and scoundrels.
This video is before the outcome of the law suit against him (Michael Mann – “hockey stick” et cetera) was determined.
At this time his legal bill was in excess of $1.3 million CDN.
Our Canada is proud of Dr. Ball and his effrontery in the face of such a miscreant as Mr. Mann:

Bill Whittle
Joe and I have been following Mr. Whittle for over 10 years.
He’s had many revelatory thoughts and ideas in his polity of work.
This is an example of his perspective and his analysis.
Here’s Firewall and Why Johnny Can’t Think:

Pretty Woman – Take Two
Joe and I were quite stimulated by Mr Regan’s analysis of how the Pretty Woman (AOC) was selected and supported during the 2018 mid-term election.
If you watched the part I video, it was noted that the objective is to take over the Democrat Party with a shotgun approach to conscripting, grooming, and promoting a candidate by a well funded far left group of ideologues.
Well, what about the others?
More from Mr Regan:

The West is Best
PJW is a canary in the Western coal mine(d).
Is the West in decline?
Joe says, can a duck fart?
An overview of the decline:

Is this true?
Joe and I think not.
Our belief is the West is more than an idea.
We think the West is a people.
Here is a rebuttal to Mr. Watson from Jared Taylor:

Joe and I are not sure about the term “racism” or “racist”.
Humans are part of the animal kingdom. 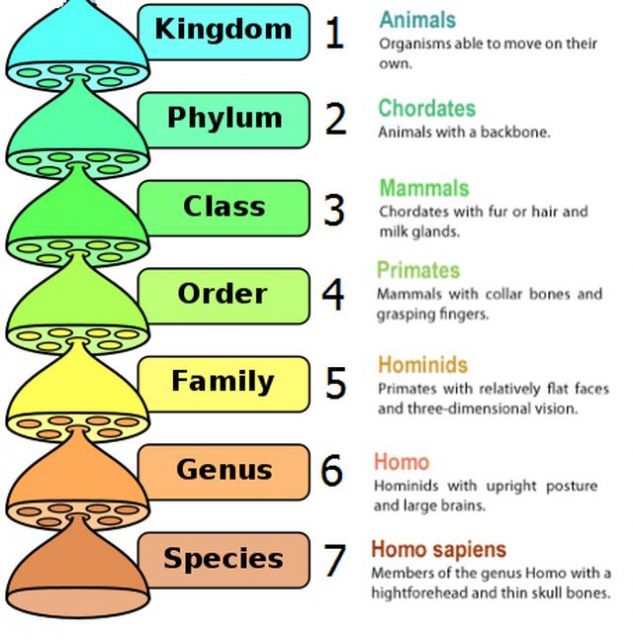 All animal species specialize.
Cross breeding is possible across some but not all species.
For example, theory states Homo Sapiens interbred with Neanderthalensis because DNA. 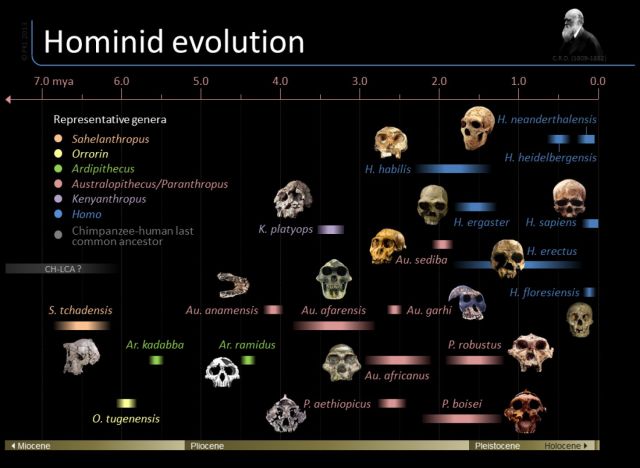 However, when you introduce the concept of subspecies = race, the argument begins.
Joe and I are only mildly interested in the semantic battle.
Our observation is that the differences among the examples of the species homo sapiens are legion.  No two snowflakes and all that crapola.
Just like the areas of the earth.
Hence our speculation that environmental differences, nutritional opportunities, isolation factors, cultural behaviour, cultural awareness, and gene pool size (to name a few categories) cause specialization in the “strain” or “tribe” or “ethnicity”.
And the specialization can be observed.
Our observation is Frank Herbert’s novel “Dune” was an intuitive look at the human condition.
Joe and I still consider IQ the greatest factor in the level and degree of specialization a person or culture or ethnicity or tribe or strain will accomplish.
The peoples who built the West were unique specialists.
It remains to be seen if the influx of migrant populations from other specialist societies can adapt enough to promulgate the Western culture.
This is where Joe agrees with both above authors.
I reserve my opinion.

Mass Murderers
Joe and I are tired of certain tropes.
Trope this.
Trope that.
Certain memes, too.
Meme this.
Meme that.
How about “religion has killed more people in the history of humanity than any other ___________ (fill in the blank)”.
How about “war is never justified”.
How about “IQ is not relevant, but if it were it is the product of environment and nutrition, not genetics”.
There are many more equally pompous pronouncements that don’t really bear intense scrutiny.  Or detailed analysis of “frame of reference”.
Or theoretical vs actual projection.
And any other metric you might choose to measure validity.
One such trope / meme is that Stalin, Pol Pot, Mao see Dung (that’s a play on words), and Hitler were the massiest messiest mass murderers in history.
Attila the Humdinger (word play again!) is a bigger killer than Pol Pot.  The “Scourage of God” is estimated to have killed 12 million via compound bow, hand-to-hand combat, fire, and siege.  Given the time period (and a small (relatively) population density), with no “weapons of mass destruction”, his head count is impressive.
However, these men, these killers, were at war or worse.
Worse is political chicanery (from the mouth of Joe the Mekanic).
What about ideological killers?
You might argue that Stalin, Pol Pot, Mao see Poo (ha ha!), and Hitler were ideologues, too.
It gets complicated.
What if we told you that two seemingly harmless women brandishing nothing more than ideology and righteous certainty eclipsed (and continue eclipsing) all of the above mentioned kennels-men of the dogs of war?: 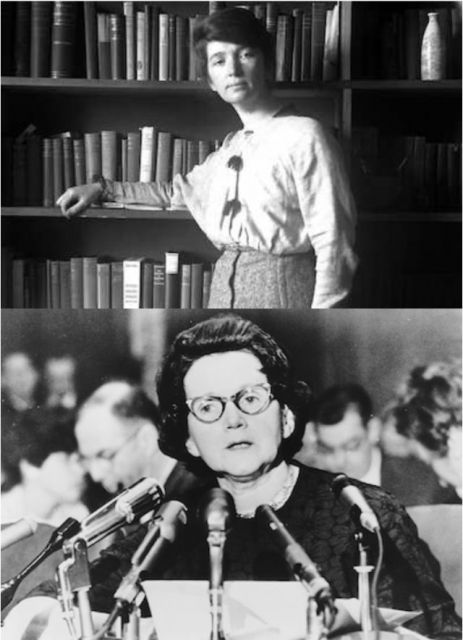 Joe and I aren’t condemning these ladies.
However, the head count of abortion since Roe vs Wade in North America (minus Mexico) has exceeded 60 MILLION, showing small signs of lessening.
This doesn’t include whatever twaddle the UK, Australian, European, and New Zealand and the rest of the world used to justify killing children in the womb.
Margaret Sanger is the mother of Planned Parenthood.
What about after being born.
What are the hazards of being a child?
The titular (a boob joke) originator of the environmental movement was Ms. Rachel Carson.  Her book “Silent Spring” is credited with the ultimate banning of DDT production.
DDT was sidelined in 1972 under the Nixon administration.
Ironically, the regulatory body which curtailed the use of DDT was also created by Nixon’s administration in 1970.  That body is the EPA (Environmental Protection Agency).
Latest figures for death due to lack of DDT application (control mechanism for prohibiting the spread of malaria, yellow fever, typhus, etc.) since 1972 is 50+ million.  And growing.
There are counter arguments.
Of course these two well meaning women would have never intended these chain-of-event catastrophes to play out.
Joe and I bet they never personally took a life.
Also, neither woman controlled government or any agency that had or has the power or authority to implement such policy.
Furthermore, the US of A did NOT prohibit the production of DDT internationally: they had no such authority outside the borders of America.
However, when the funding and provision of DDT was left to the third world countries / tropical areas to support, corruption and political malfeasance often reduced or eliminated the program.
That is the power of an idea.
And here we are….. 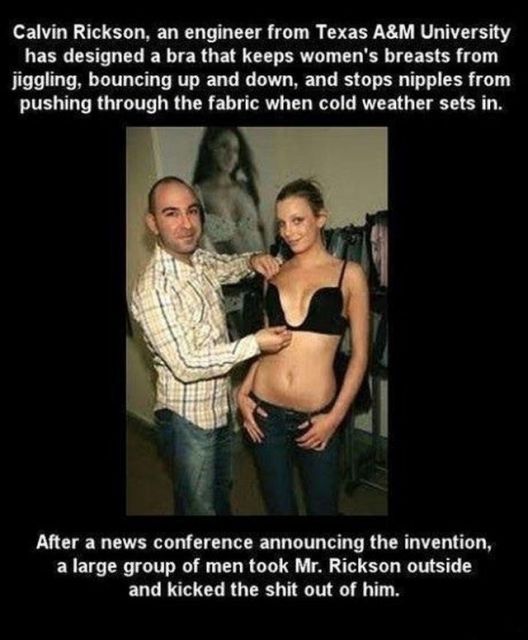 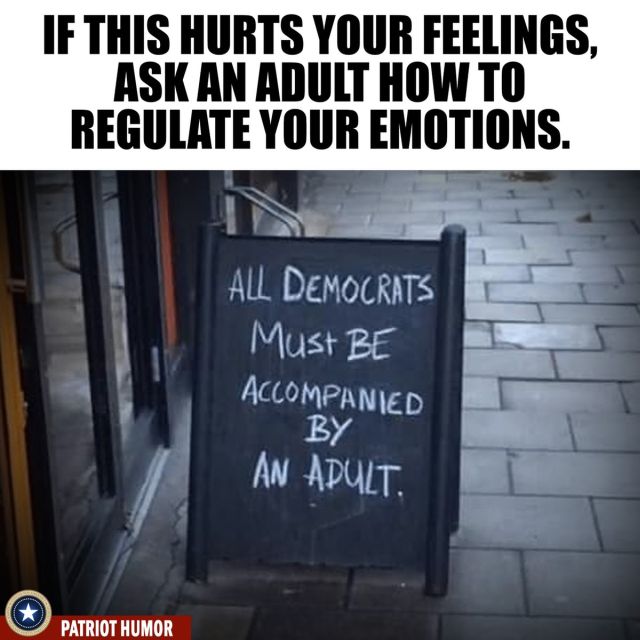 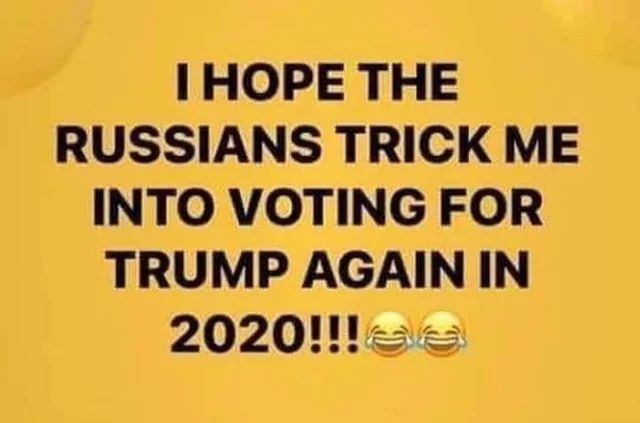 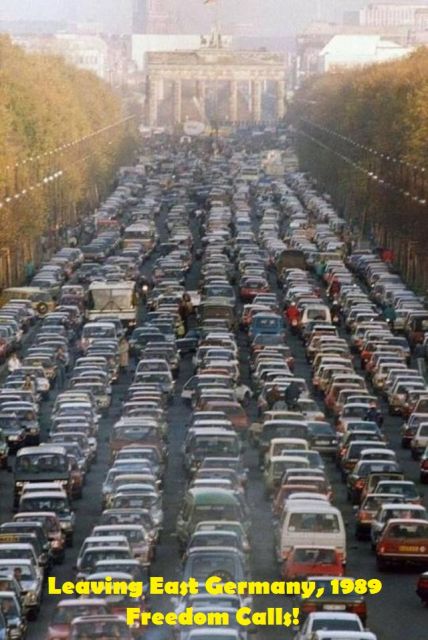 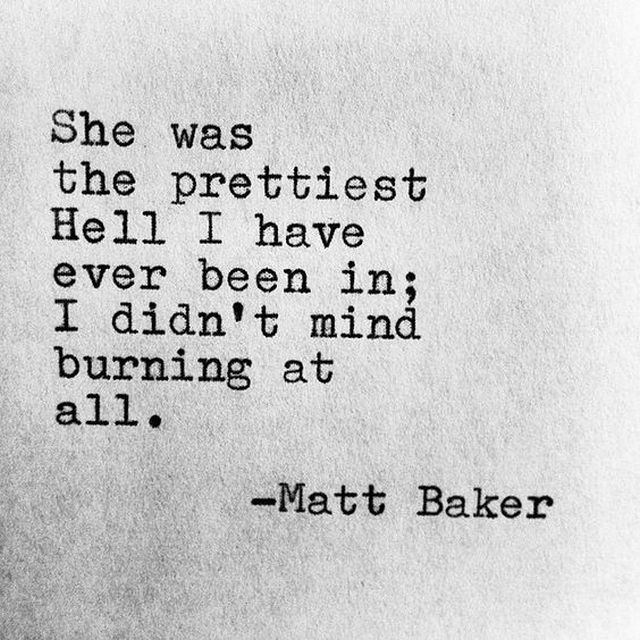 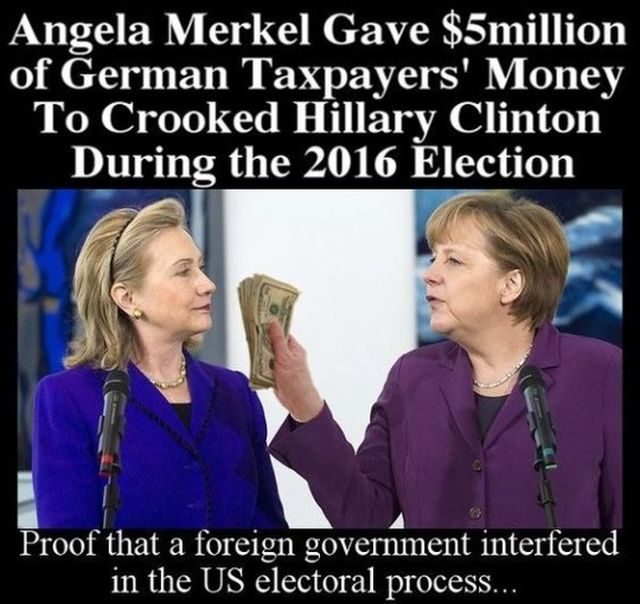 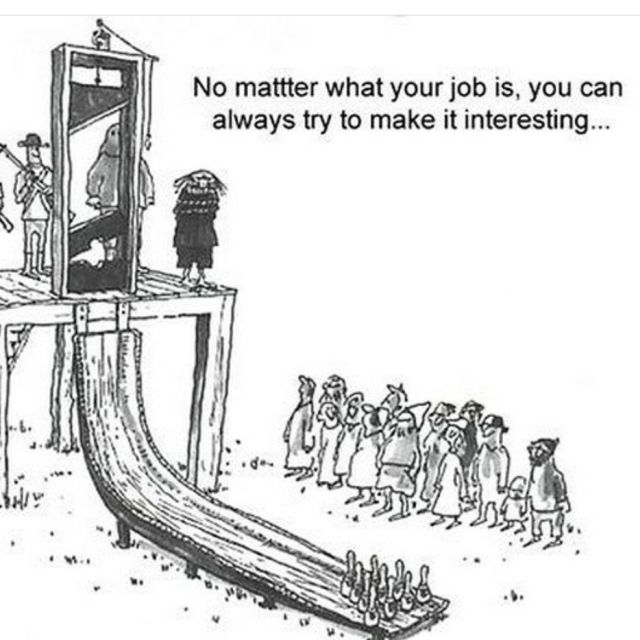 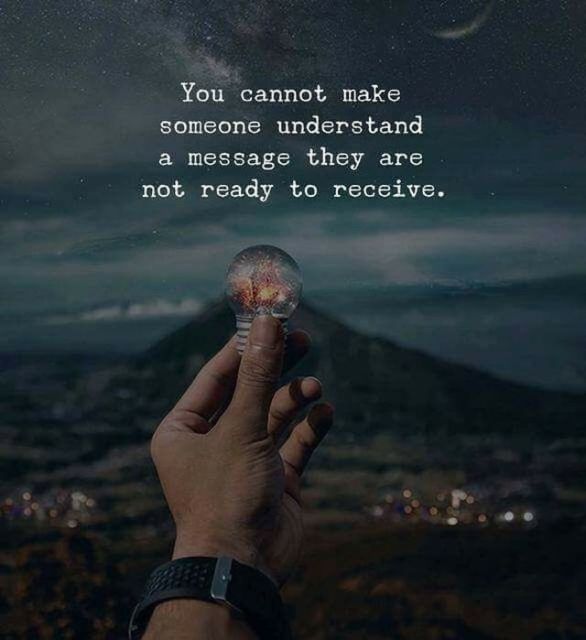 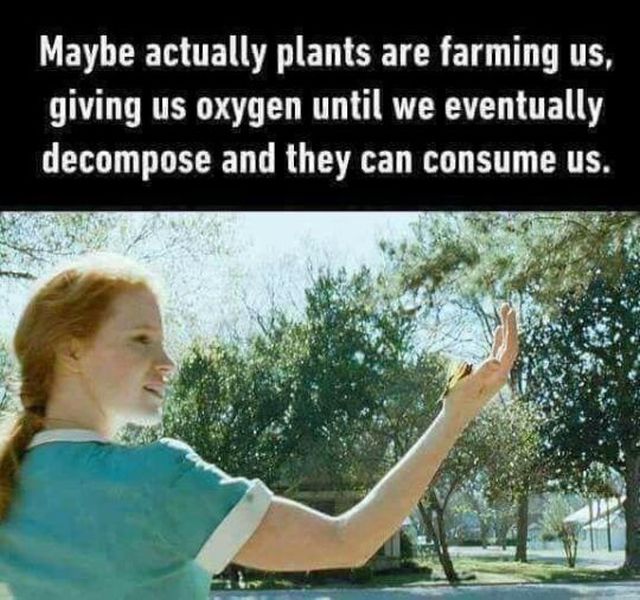 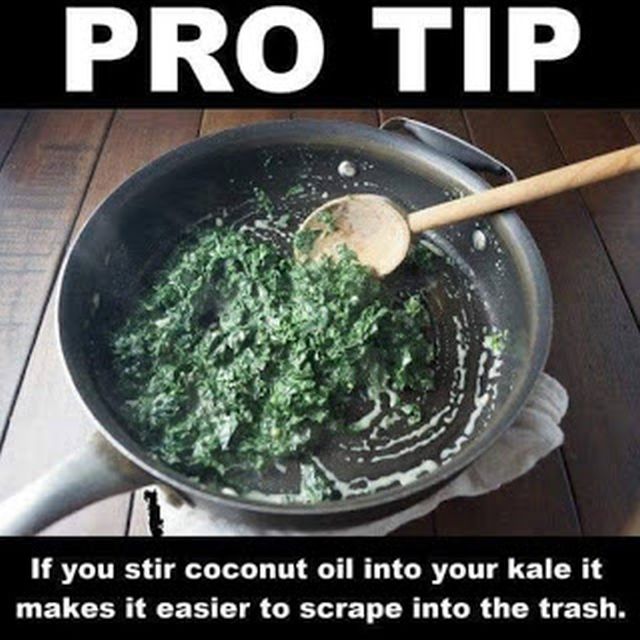 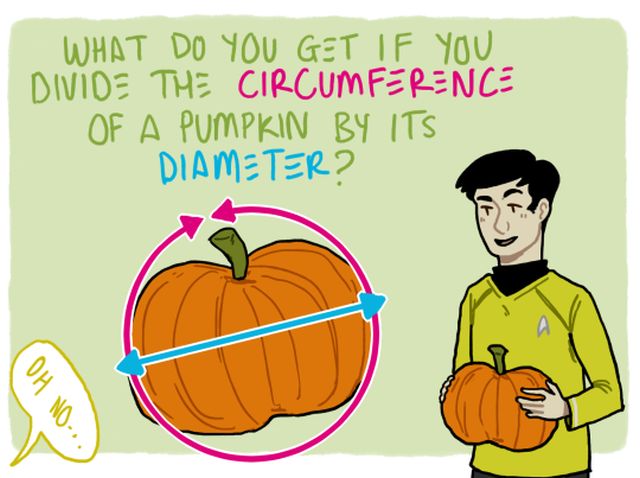 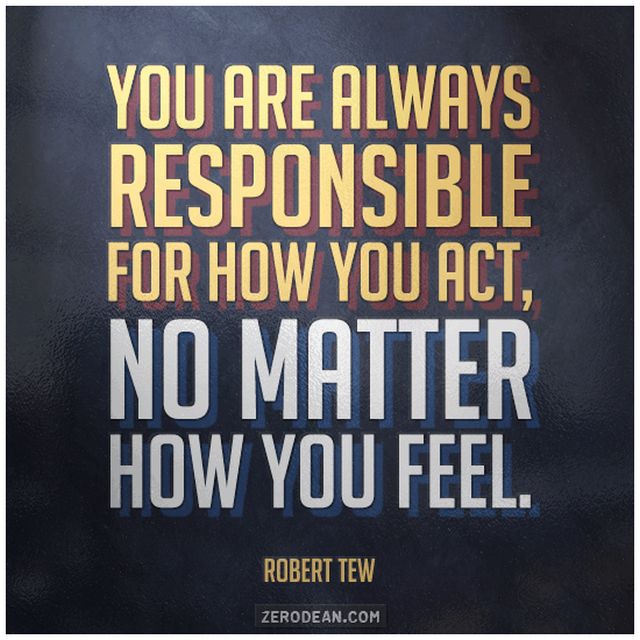 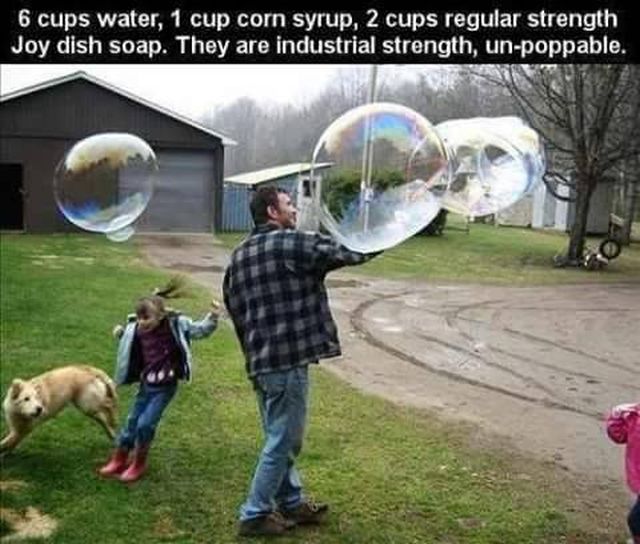 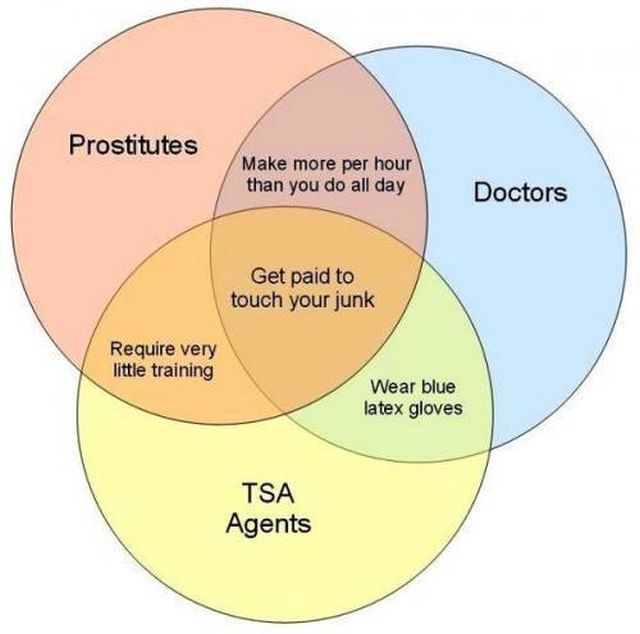 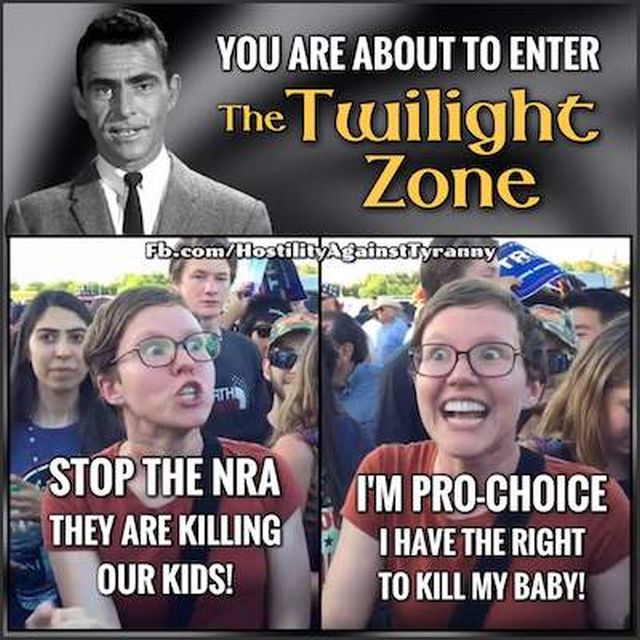 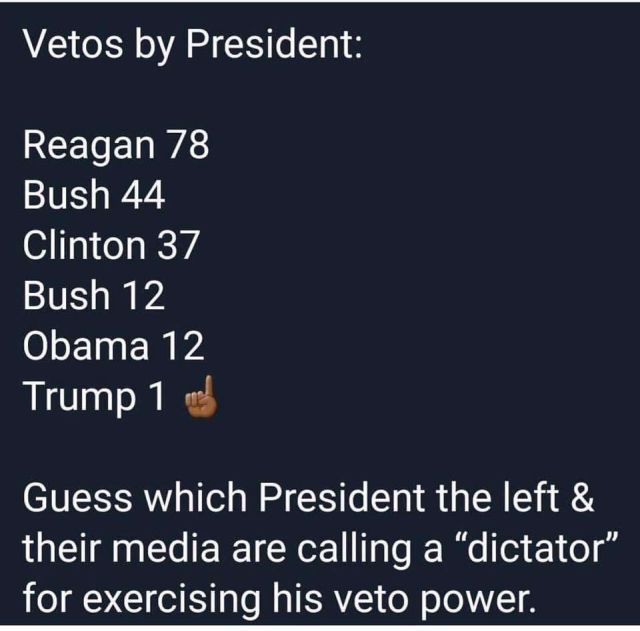 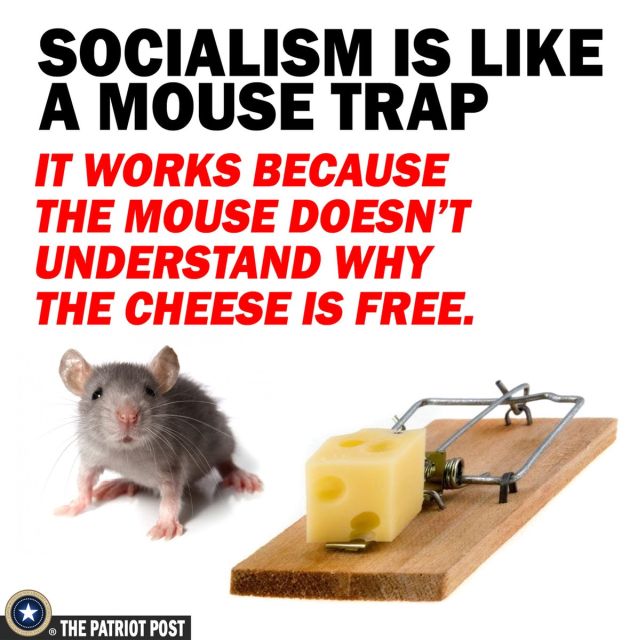 This week’s sermon is delivered by Stefan Molyneux.
In Vancouver Canada on March 15th, a speaking engagement with Mr. Molyneux was cancelled due to what is becoming a normal event: the lunatic left has learned that by uttering death threats and showing up to carry on as an enfants terribles, you can cow the “police”, shake up the organizers, and disrupt an event.
Mr. Molyneux had a prepared speech for the event.  Here it is: 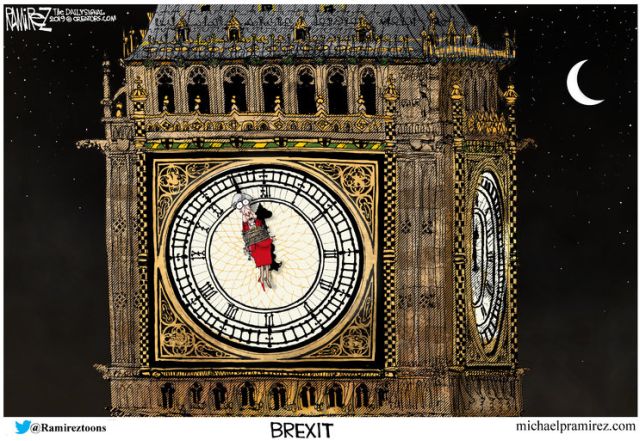 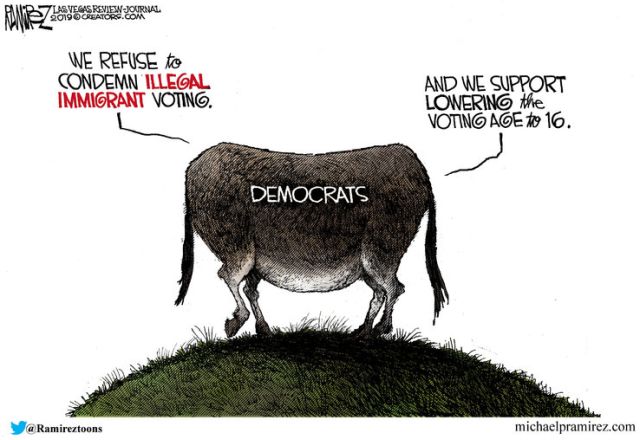 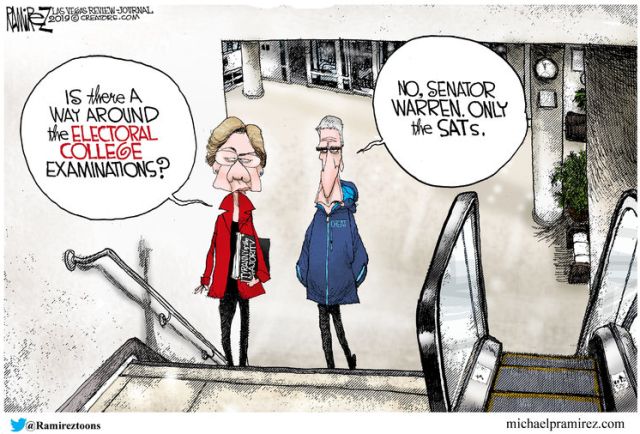 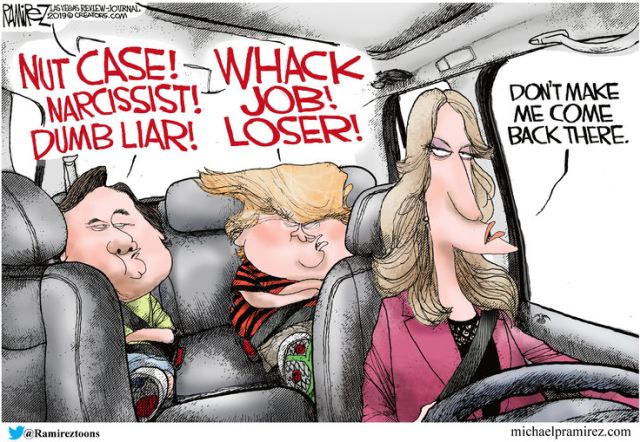 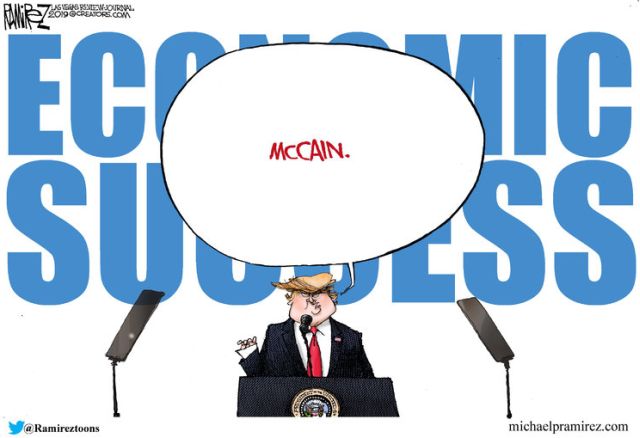 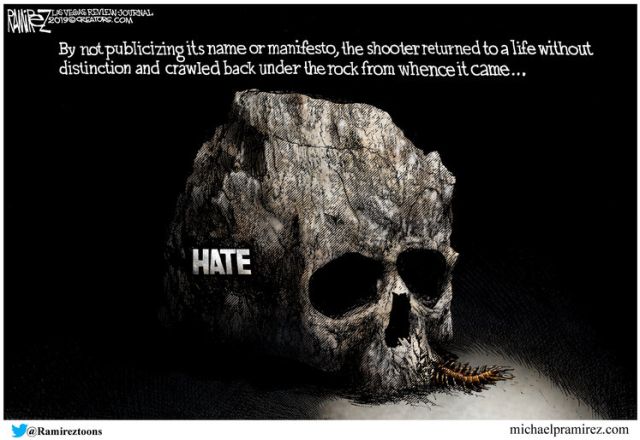