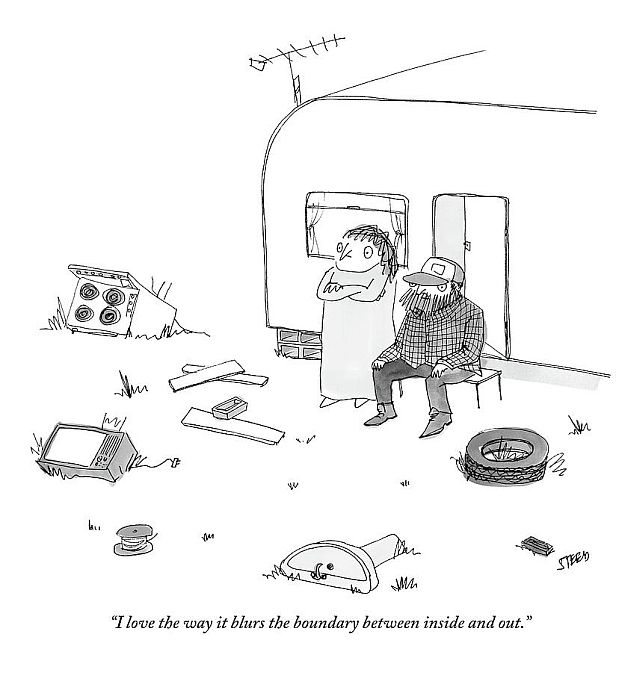 Joe’s Comment – The snow is gradually disappearing.  All the projects that were in production when the snow hit last November are slowly re-appearing.  Plus the projects from the previous years that never were completed.  This is the year of the clean-up!
Says the greatest procrastinator ever…..

Firewall
Bill Whittle has a proclivity to peel the onion logically and thoroughly.  What he accomplishes is a logical step-by-step dismembering of all the layers.  In the end the facts revealed are for all to see.
His observations about California complement those of Victor Davis Hanson; there is a dichotomy so real and so deep that there really are two states, not one.
Joe and I find his rationale compelling.
How do you enlighten someone who is Hell bent on continuing to enjoy their ignorance?  And their good fortune….:

Musical Interlude
The subject matter in this week’s rant is on the dark side.  What better accompaniment than dark soulful music?
No better, says Joe.
What say you?
Here’s Lucius with “Goodnight Irene”:

The original Great Gig with Clare Torry from the ‘way back machine.  She had to sue PF for a share of the royalties (they only paid her “musician’s scale” for her performance in the studio – an amount less than 50£).  She did not receive credits on the album.  Pricks come in all shapes and sizes…..:

Another great song about time and space – Tom Russell and “Blue Wing”:

Speakers Corner
Last week (Sunday Rant 1118) the plight of Lauren Southern, Brittany Pettibone, and Martin Sellner was presented via several YoubeTube videos and embellished with our comments.
All three were banned from entry to the UK.
Their “crime” was wanting to speak at Speakers Corner, or talk to Tommy Robinson.  In Lauren’s case, she was deemed “racist” and denied entry for future time for past utterances regarding the Religion of Peace™.
Tommy Robinson interviewed Brittany and Martin in Calais.  During the interview, Martin gave permission for Tommy to deliver a speech he had composed, reason being he was denied entry to Britain.
Below is a video of Tommy delivering Martin’s speech at Speaker’s Corner.  The Sellner speech starts at 13:20.  The preamble is the turmoil of Tommy’s bodyguards helping make his way to the presentation podium.  FYI there were Muslims with weapons in attendance.  Those who used the weapons were NOT apprehended by the “police”.  This is a big deal:

Not familiar with the background of Mr. Tommy Robinson?
Following is a speech he delivered to a gathering at Eaton University.  It is an old video – from time following his release from prison, from leaving the English Defense League.  He is a working class British subject who decided to do something about the negative influence of Islam in his community.  This is a history of who Tommy Robinson is and where he came from:

A follow-up to Tommy Robinson speaking at Speaker’s Corner is this interview with Stefan Molyneaux.  As a man with children, I cannot understand what has happened to the men of Britain, of the UK.  When you hear Tommy describe what has happened to the young girls who are pressed into sexual slavery by Muslim gangs and what the so-called authorities have done in response, you will shake your head in disbelief.  Rape jihad…..  It is time to invade Britain:

Violence, Murder, and Insanity
These three words are by their nature descriptive of ungovernable states of being.  Three pillars of the darkness of mankind, of chaos.
The recent events in Florida and Texas are undeniably clear examples of the evil that resides in every human, in every person, no matter what their disposition or dispensation.  If you don’t understand that, you aren’t a fully conscious human being.
Bill Whittle made a speech as the “virtual president” back in 2014 that still rings true today.  It is a valid defense of the 2nd amendment.  More generally, it is proof of the natural law of self defense.  The problem is not the tool it is the mind behind the action (Texas FedEx bomber didn’t use firearms, did he).  A person’s right to life and their right to defend the same (their own or others) is not negotiable, nor should it be restricted:

The Gong Show of gun control in the U.S. of A. continues.  It is a complicated issue that is exacerbated by emotional reaction (totally understandable) to horrific events and government slap-stick Keystone Cop response.
The following video from Collin Noir describes the reality of what exists in our culture, our reluctance to see it, and a first step platform to enable the change required:

Our Pal Karl Marx
A short but very sweet analysis of the cultural value imbued on the world by the implementation of the theories of Karl Marx:

Interview of Jordan Peterson
The following interview is very interesting.
Wendy Mesley is a CBC employee, host of the program “The Weekly Insider”.  She does a credible job of interviewing Dr. Peterson, considering her strong left leanings, and the suspicion Joe has that her researchers are fucking clueless Marxists.  Did you know that Ms. Mesley was once the wife of Peter Mansbridge?  How now brown cow.
We are SURE she earned her position on her own merits:

Trudeau Beater
Joe listened to this several times.
Is there hope for Canada?
In our opinion, Dr. Jordan Peterson might be cut out for something more than to be the Prime Minister of Canada, or a Member of Parliament.
Joe and I would vote for him, but we think he should think long and hard before he rides this particular tiger.  We think he has a greater calling:

Joe’s Garage
Your Lying Eyes Department
The following is labeled a “7D hologram”.
Whatever happened to !D to 6D?
Kidding aside, this advanced technology makes Star Wars look as old as it is.
A fantastic hologram:

Running, Just Running
Joe says this is paramount to certifiable lunacy.
Why oh why would you do something so patently retarded?
This doesn’t prove manhood…. sorry Ernest Hemingway.
1/2 M x V x V = how hard the bull will impact an object in this universe at this time.  (One half mass multiplied by velocity squared)
To say nothing about those nasty horns.
This DOES prove you are looking for a Darwin Award while pursuing YOLO stupidity of ridiculous magnitude:

Drag Racing Legends
Pamela “Jungle Pam” Hardy was the sexy side of “Jungle Jim” Liberman’s funny car show.  She was the first “back-up” girl and had a much different role than Linda “Miss Hurst” Vaughn or Shirley “Cha Cha” Muldowney.  Shirley was a driver, Linda a sales representative / product promoter.  Jungle Pam was on the tarmac with Jungle Jim, helping him stage the funny car for each race.  She was (and is) a cheerful extrovert, bringing flair and flamboyance (without a bra) to the nitty-gritty noise, smoke, and smell of nitro fueled racing.  Needless to say the men (and boys) noticed her.  A documentary about a time of wild drag racing before sanctioning bodies brought the dollar boys and corporate support in while ushering out the average Joes.  A video filled with memories: 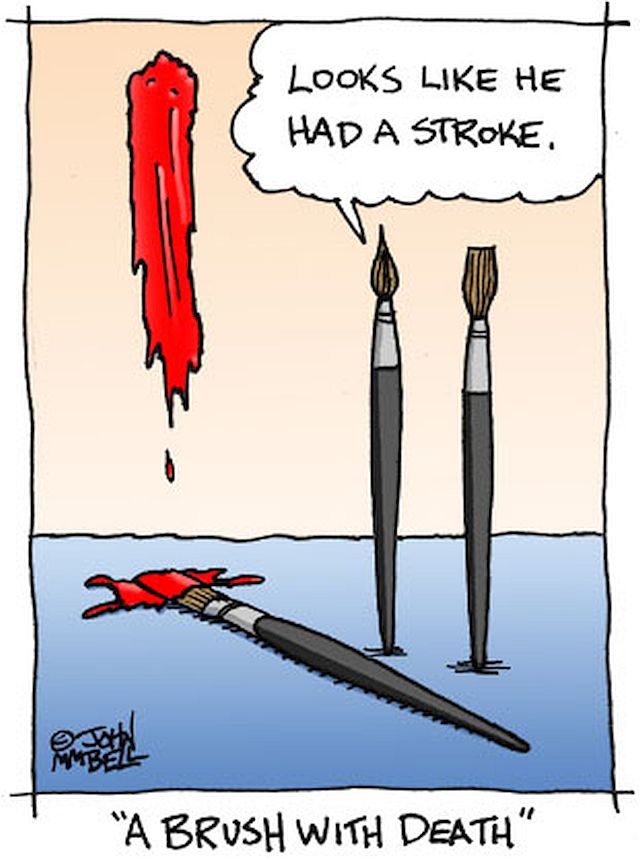 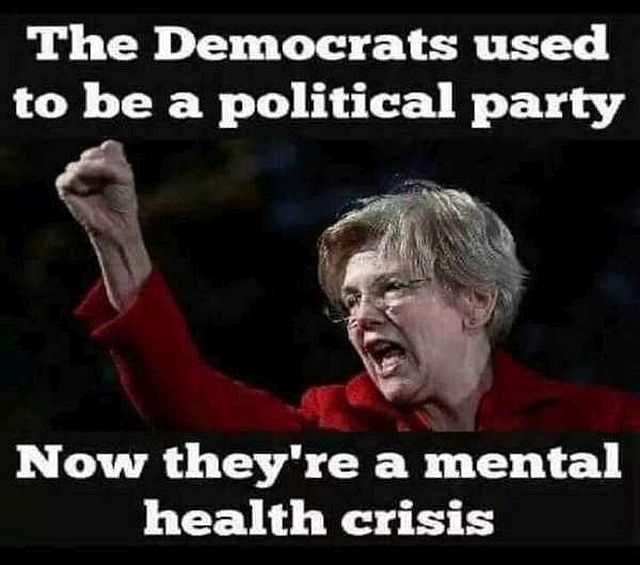 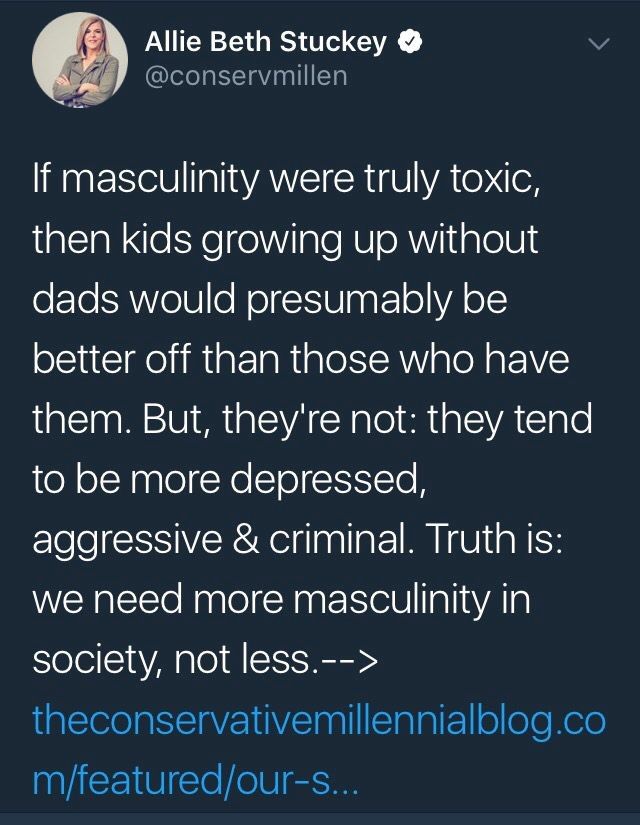 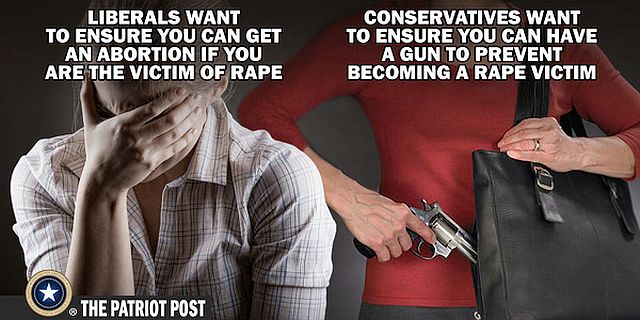 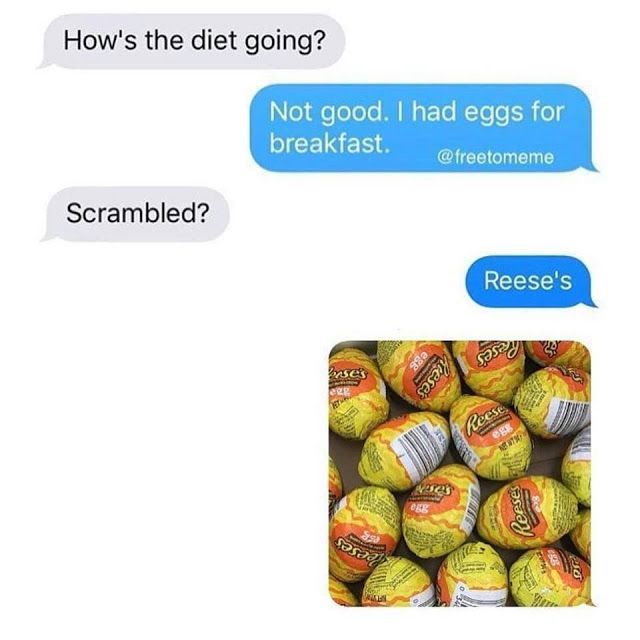 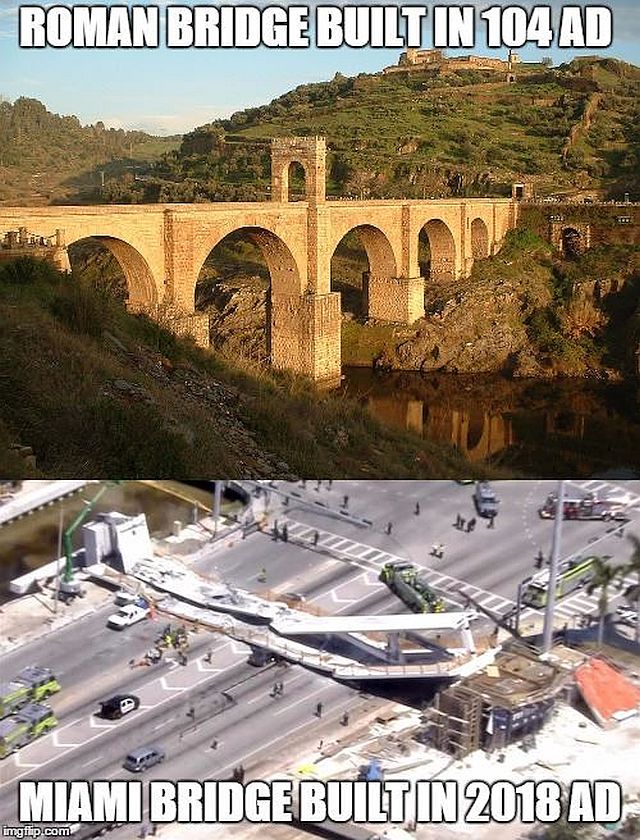 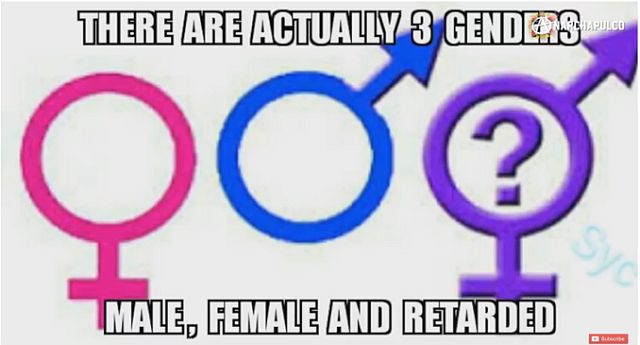 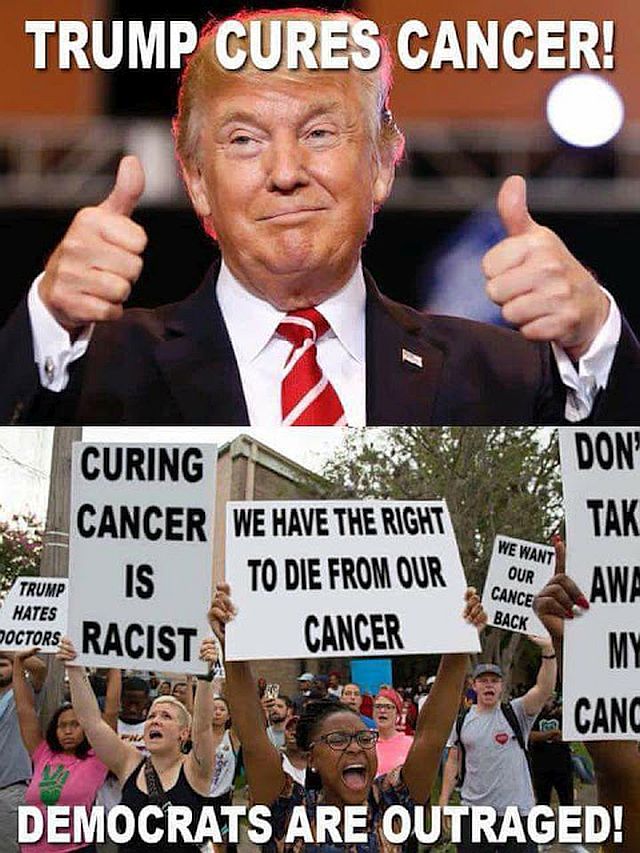 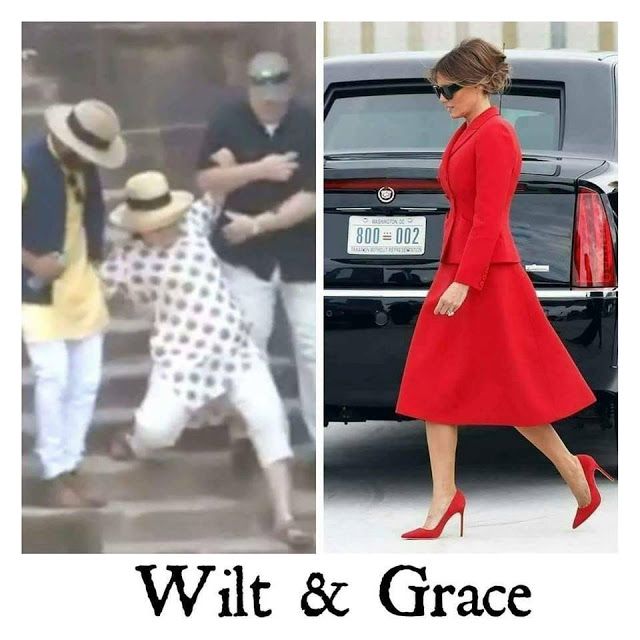 This week Dr. Jordan Peterson continues his lecture series on stories of the Bible. Here is presentation VI: The Psychology of the Flood:

This week in Vernon was mild.
Spring-like.
But not Spring.
Thursday it snowed.
Sunday a big, black, cold cloud came drifting Eastward across the entire city of Vernon and tried to add more snow.
Joe is cranky about the wet and cold and the clay gumbo that now bogs all vehicles in our yard – this will be the situation for at least a week while the rest of the snow goes away.  If it starts raining the timeline will slip a week or two or three.  That means more “Free Cell”. 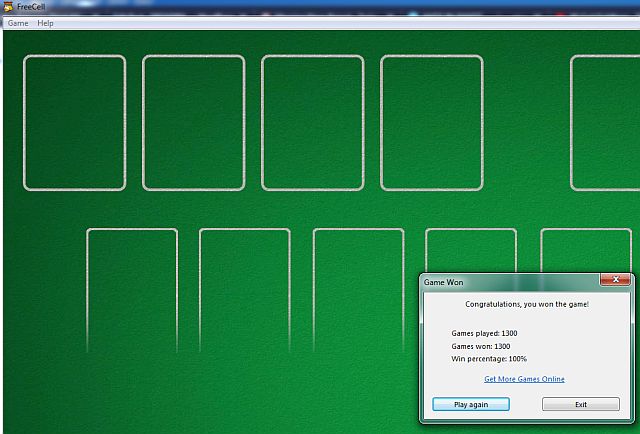 April showers?
No thanks….. you can keep them.
I say we should be thankful that Old Man Winter is done.
Joe says tell that to the good folks in Martinsville Virginia (Sunday’s NASCAR race was postponed due to snow). 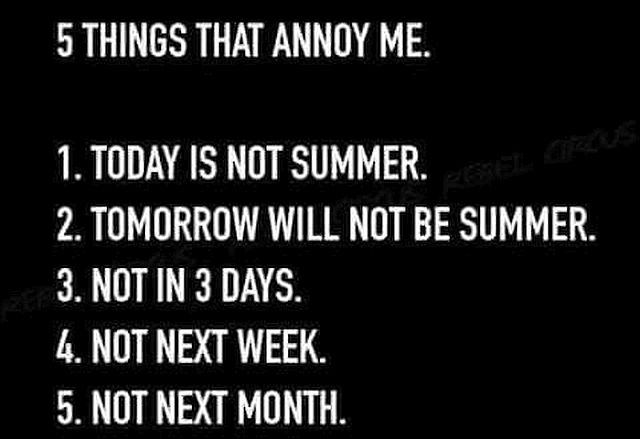 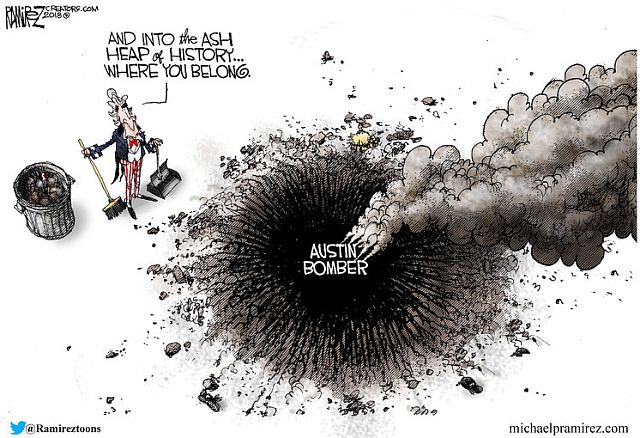 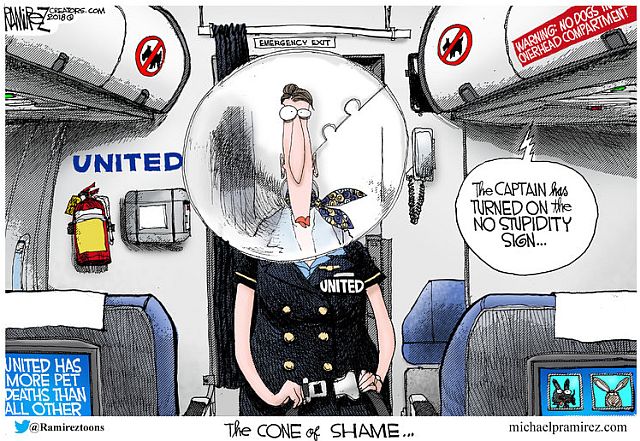 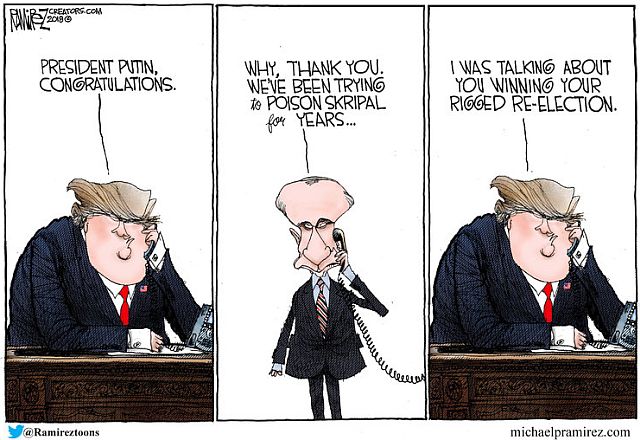 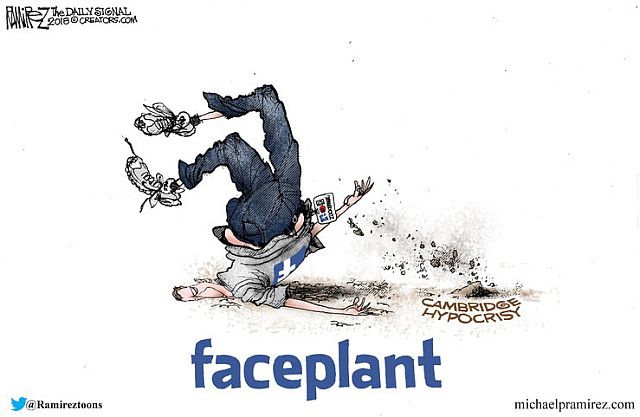 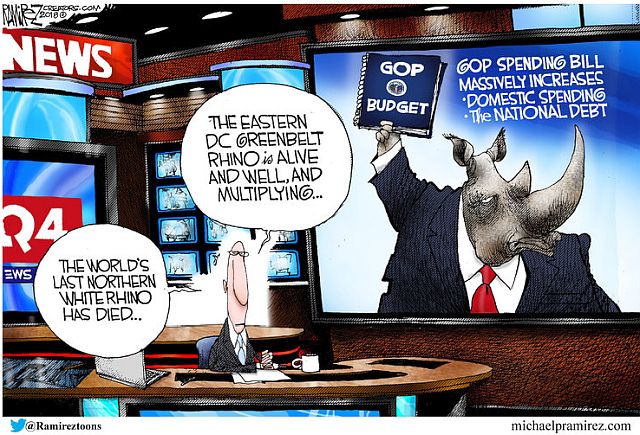 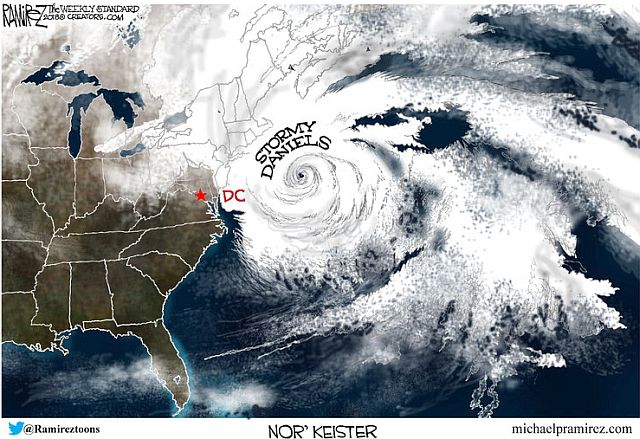