I have never understood “daylight savings time”. Thanks to Randy P., I’ve got a more refined appreciation –

This is a father giving away his daughter at her wedding. Totally original and moving:

That is called self control, humor, and veiled threat all in one.

The inimitable Dr. Milton Friedman and his series “Free to Choose”, plus many more. Over 100 videos in this collection:

The introduction by Arnold Schwarzenegger is interesting (if you can understand his language) in this video from the collection:

Go ahead, put aside 50 hours to watch. You deserve it!

U ASS OF HAY

Good grief. What a bunch of b.s. Showing ID is necessary in most transactions outside of the family unit.

Benghazi. Leaves a bad taste. Worse than that. Treasonous taste. The GOP hasn’t been worth a small pile of fly dung in recent years. I hope they find the fortitude to see this through:

Barrack Obama and his administration cannot be allowed to slide on Benghazi. Impeach them all. What’s next? Drinking with Bob is next (re: Benghazi):

The “most transparent administration in history” and their feckless leader are setting new records all the time:

Life must be rough in the “that’s the way we roll” white house. Smug bastards can’t pay their own taxes, but have no issue demonizing the wealthy and corporations while demanding more and more. Stop white house tours, but spend millions golfing with Tiger Williams. Give hundreds of millions to Egypt days after the Egyptian elite condemned the U.S. and Israel. What’s next? Drinking with Bob is next (all politicians suck):

CPAC has been a non event this year. Except of course for Sarah Palin’s speech. I love this woman! I dream of a different world:

Here’s the entire speech, with an introduction by Ted Cruz:

Humor, humility, intuition, wisdom, wit, sagacity ….. a cameo role for her. A true conservative. Look, no teleprompter! Easy to look at, too. There may be a real live conservative Republican in the white house yet…..

How about the IMF and those marvelous EU politicians? Didn’t hear? They’ve launched a plan to tax Cyprus citizens fortunate enough to have money in the bank; a “one time levy” of 10%!!!! To bail out it’s flagging economy. Here’s some of the story:

Another perspective here with similar detail:

How long until some scruffy progressive suggests that sort of activity everywhere, including here?

Meanwhile, in Russia, gear heads get together in cold weather to witness some fun. Home made helicopters!:

Sikorsky, thy name is father!!

Global climate change is a hot topic. Snake oil salesmen are a dime a dozen. What to think? Who to trust? For your intellectual digestion:

McKintyre is a Canadian ( http://en.wikipedia.org/wiki/Stephen_McIntyre ). He and McIntrick have been voices of reason on the subject for longer than it has been in the news. Mr. McKintyre’s comments and observations are borne out by the reality. Just sayin’…… This is the state of the electric car movement. Unicorns and rainbows galore, but not one that could drive from Vernon to Vancouver:

At least electric cars are “green”, right? Not so fast Bunky:

If the government would keep it’s well meaning (read: well meaning for those connected few) but bumbling nose out of commerce, the right technologies and ideas will surface. It is basic economics. As Thomas Sowell says, “It is hard to imagine a more stupid or more dangerous way of making decisions than by putting those decisions in the hands of people who pay no price for being wrong.” (I will add to this statement – and not enough common sense, knowledge, or training to know when they are wrong!)

I’m a Jay Leno (the car guy) fan. Don’t watch his TV show. He is a Ford man. This video is about his restored ’66 Ford Galaxy hard top – similar to his father’s car (good story). Great points about brake and suspension upgrades to make it safer than stock while keeping a stock look. Gotta harness the power of that 511 cu.in. Roush crate motor:

Projects like this make me smile. I love rich car guys! They do or pay for all the work, and I get to admire the result. Win-win. His exotic cars are awesome, too. Here’s a short video on a 1924 Bentley (now with twin turbo chargers):

Totally incredible. What an eclectic collection.

The sun is due for it’s 11 year solar unrest. It ain’t unrested. It’s disturbingly calm:

That damned reality. Keeps messing up theory. This will be a warm year. Yea!!! Warning to all schmoos living below 50 feet above sea level……. get some stilts.

Drink tea? Better check this out:

China is not a safe trading partner, especially regarding foodstuffs. Am I alone here? PHILOSOPHER ON THE STREET

Bob Thompson is loud, fast speaking, aggressive, has a terrific collection of T shirts, and he’s Irish descent. Oh yeah, he also speaks THE TRUTH®. An early (2009) interview with the creator of “Drinking with Bob”:

Putting aside the machine gun high volume manic delivery, he is spot on in his observations and commentary. I, like Bob, flare madly when the truth of evil is evident. Go Irish go! ‘Cause it’s St. Patrick’s Day, isn’t it, and green is the code word, wouldn’t you say? Irish Catholic and all the trimmings. Not so fast Mr. Know it All. Orange is also a color of the day; the Protestant Irish (or counter-culture / protesters) also revere St. Patrick. St. Patrick himself was fond of the color blue. And purple too plays a role; that was the Druid (“pagan”) gang. The Irish flag is green-white-orange. The purple gang got left out as well as St. Pat’s blue. However, all four colors worn on St. Patrick’s Day are legit. Doesn’t say much for the Irish color coordination gene, does it?
William of Orange and the remembrance of the “Battle of the Boyne” are celebrated on the closest Monday to July 12th: this year it is July 15th. The Protestants got a leg up on the Catholics. Would you rather celebrate during March in the Northern Hemisphere or July? Reminiscent of the Monty Python sketch “Every sperm is sacred”: [youtube http://youtube.com/w/?v=g8fheDIG_RA]
As for the patron himself, he was born a Welshman whose name was Maewyn Succat. He was sold into Irish slavery at the ripe young age of 16 years. After escaping 7 years later, he became a priest in France . Not much Irish to celebrate there bucko.

Why do the Irish make everything so damned complicated?

My observation? Limes (green) and oranges (orange) are both citrus, aren’t they…. but grapes are purple and blue is the sky (even in the Okanagan, on a good day). If you have midget friends, it’s a great opportunity to dress them up as leprechauns, go to bars, drink green drinks, sing and chant limericks, recite obscure poetry loudly (making no sense whatever), toss the midgets, and puke on yer shoes. Then feel o so sorry the next day apologizing profusely to any and all…. ’tis a cryin’ shame the drinkin’ and all… “Stop praying; I am sick of listening to you people!!!” – God

Today’s hymn sung by Iris Irish Dement – No Time to Cry – for all the Irishmen and women everywhere. You know who you are….: 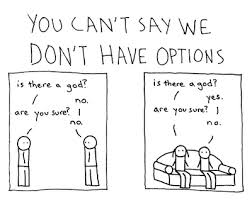 WEATHER (THERE IS A CHOICE?)

Snow, rain, wind, sun, clouds, frost, heat (70ºF). Typical week in the mighty Ohhhhcanagan, mid March. The lilac bush outside the computer room window is budding. The magnolia is leafing. The daffy-dildos are starting to open – blooms by mid week. Is it possible to have an early warming and spring? I’ve been in the valley for almost 40 years. There have been some very memorable warm springs. Perchance this is one of them.

Joe (Cheeriest) Mekanic
p.s. Ramirez is a man for all seasons – 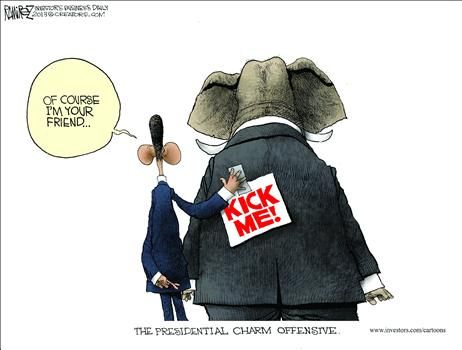 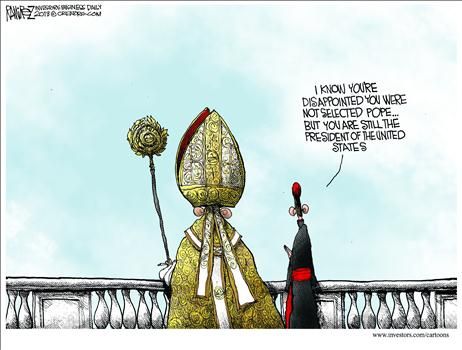 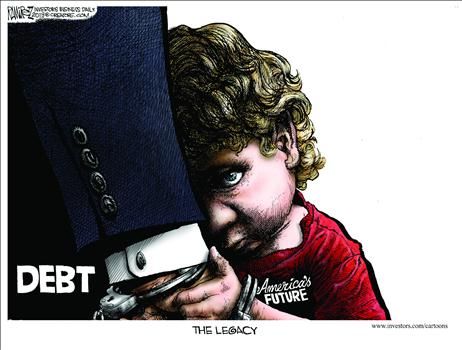 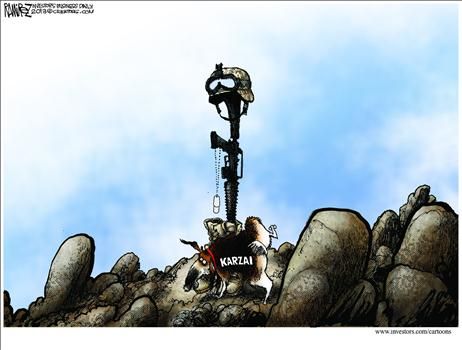