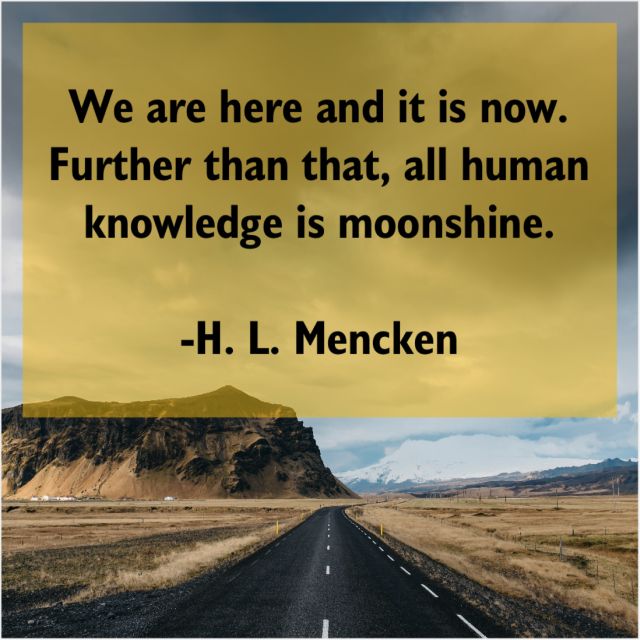 SNC – Lavalin
Joe doesn’t like Quebec as a political force.
Not hard to parse; he holds no animus against the fine Canadians populating that province.  The unfine Canadians populating that province (and all the other provinces) is special category, reserved for another day’s ranteroo.
In logical terms, how could Joe generalize?
In our life, we have only known a handful or two of Quebecois: hardly a sample size large enough to condemn or praise a population of 8.3 million people.
Gotta avoid that “group identity” logical fallacy.
Joe’s wrath (maybe just anger) is directed at the Liberal Party of Canada.
Much like the Democrat Party of the USA, the LPC barters in identity politics.
Holding the rest of the country hostage to preserve / conserve / husband / protect Quebec identity, to suppress social and cultural pressures from the rest of the country, is not wise.
Who made the Canadian government curators for culture?
Joe and I vote as theoretical libertarians: minimal government, free speech, private property, rule of law (as required).  IOW (in other words) LUTFA!  (leave us the f@*k alone).
Didn’t our fine specimen of leadership (Chief Rainbow Socks) state that Canada has no core identity?  If you can stomach listening, here is CRS (ref: above line) telling all:

Needless to say Joe couldn’t stomach the entire smug intellectually vapid speech without a few pauses to punch a hole in the drywall.  What a maroon.
Turdope.  Not Joe…..
Drywall filler is cheap.
Joe and I come from a paternal family line that settled in Newfoundland in the 1700’s.  Our maternal family line homesteaded in Saskatchewan near the end of the 1900’s.  We could argue we were half here before there was a Canada.  We could also argue we and millions of others knew damn well who we were until this pantywaist begged to differ.
Joe says it is peculiar that “change” is a mantra of the progressive / left until the change is not in their interest.
Back to the subject at hand; political stick handling vs the business of government.
Stefan Molyneaux does his usual thorough analysis of WTF is up:

Joe and I expound once again: government has no business in business.
If la belle province can’t,  get out of the way of those provinces that can.
Or change.
What a novel idea…..
As for Chief Rainbow Socks, Earl of Taint has an eloquent way of expressing his thoughts about our esteemed leader – 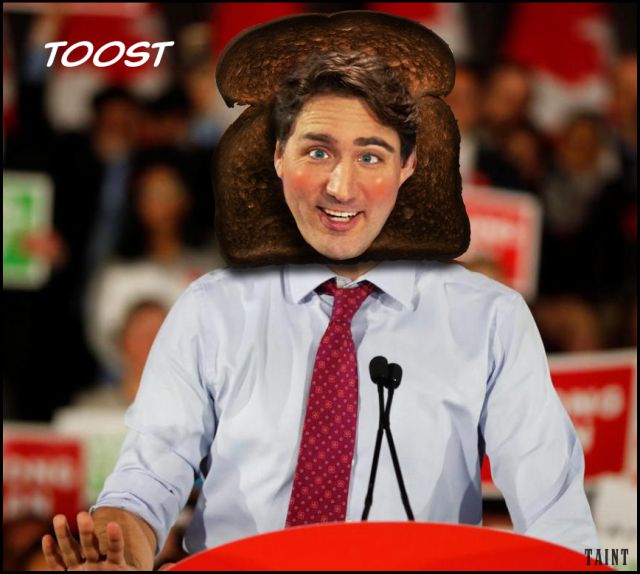 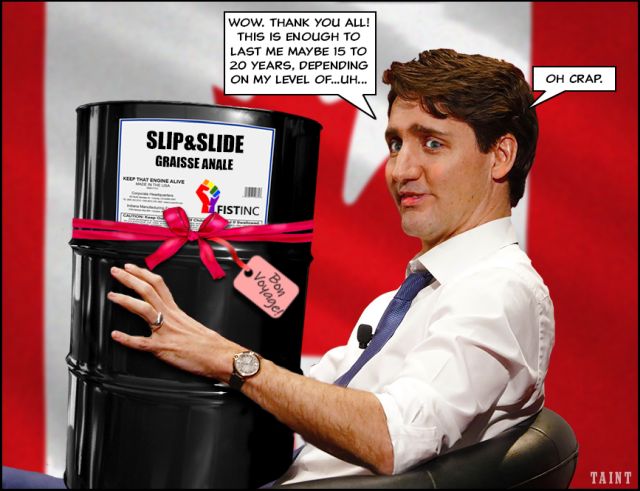 Jordan Peterson
This is a Q & A from New Zealand.
A mixed representation on the panel; a trans person, JBP, a flaming feminist, a Marxist, a couple of politicians.
Our bias betrays us.
The trans and JBP spoke well and true.
The rest barely suppressed their tyrannical inclinations.
You may decide for your own self, ’cause it’s 2019 (paraphrasing our fearless leader, Chief Rainbow Socks):

John Stossel
An amazing Libertarian with a public platform.
His work goes back 30 years.
This is an interview with three left / progressive academics who created false and ludicrous papers, submitted them to “esteemed” publishers, and were accepted for publication.
Their point was the publishers were not scientists but were ideologically and/or politically motivated.
Much mayhem ensued and is still ensuing:

Invasion of Europe
Joe and I have often wondered how millions of “migrants”, mostly young men in the 19 to 35 year bracket, managed to leave their home countries, travel across Africa, then pay for passage on rickety ships across the Mediterranean to mainland Europe.
Joe and I are “privileged white males” and we can’t afford such a trip.
This video from Vertigo Politix suggests a rationale.
Makes more sense than what we were thinking:

Joe and I both listened with interest.  Mulling works with wine and thought, too.
We then went to the hive of Vertigo Politix to get a “vibe” for their weltanschauung.
You know, are they screaming lunatics or identity politic mouthpieces, or keen minds who manifest probing questions?
Or all or none of the above?
The YoubeTube nest of VP has many interesting videos.
We liked the following critique of Jordan Peterson’s work:

If you’ve read this rant you know Joe and I have great respect for Jordan B. Peterson.  We believe his objective as stated: to help people become the best they can; for people to take their place in the world by being productive.
However, outside the excellent interpretive pronouncements using psychology to interpret the world, we feel he leans left – when he leans.
Our view of Left and Right differs.
We see Hitler and his cronies as Left, not Right.
The evidence presented by Dinesh d’Souza in his book “The Big Lie” is historical fact: the Nazi party copied Democratic positions and platforms.  There was much mutual admiration.  Ethel sings:

Yes, we wandered mightily.
The point we started to make is Vertigo Politix makes us think.
They aren’t any more lunatic than Joe and I.
And, politics is a dirty game, whose victims are “dirt people” like Joe and me.
Further, the progressive / leftist / Marxist adherents never wonder what will happen to them if they are successful.
Who coined the phrase “useful idiots“?
We don’t know who it was.
Joe suspects it WASN’T Mary Poppins.

Solar Flares – Please Come Back!
Humanity has a vested interest in solar flare activity.
There are a number of critical influences solar flaring bequeaths the blue planet.
Protection from cosmic rays is an important benefit.
There is a website SpaceWeather.com that has actual data about what’s up, doc, in space.  Here’s a snapshot of the solar flare activity this year to date (March 5th) –

At the Stanford Solar Center there is a tab titled “About the Sun”.  If you select it (left click for the PC crowd.  Who knows for the Apple doppelgangers) you will see this graphic menu – 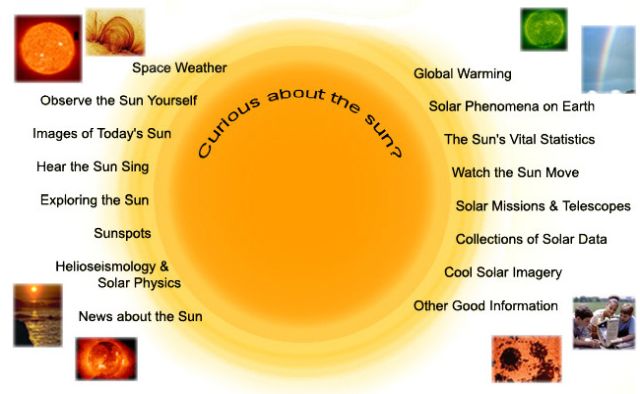 Lots of information about what is known and for how long about Mr. Sun.
Joe and I are inclined to believe the science of Professor Valentina Zhakarov, her presentation here.  This was also embedded in Sunday Rant – 4818.
The video below is an interview with Lee Wheelbarger.  His analysis of the data presented by Professor Zhakarov is in very convincing lay terminology and a variety of practical examples:

Joe helped me get a bottom line understanding of the entire mosh pit of the solar system.
Sun spots / solar flares fend off cosmic particular invasion of the earth atmosphere.  Lack of this defense (lack of solar flare armor) allows cosmic particles to invade the atmosphere and create lots of cloud cover.
Additional cloud cover depresses the surface temperature.
Combined with the vagaries of the earth’s solar orbit, temperatures on the surface of the earth will plummet.
Voila!
Hello Ice Age.

Prager U
This vignette features Andy Puzder giving a clear and precise explanation of the differences between capitalism and socialism.
Joe and I love Prager U.  Short.  To the point.  No frills or BS:

Robotic / AI Transport
Finally!
A use for robotic / AI driving.
Some smart wag has designed a robotic valet for parking vehicles.
Joe thinks this is closer to the maximum capability of AI.
All it has to “remember” is:
– where the wheels are
– how to identify the front or rear from the sides
– be husky enough and energy robust enough to work a “shift”
Seems simple enough.
This idea is not far from what already exists in “automated” warehousing.
If there was such a mechanized valet at the Kelowna airport (for instance) Joe would love to see the valet park our F350 with a ton or so of cargo in the box.
Nora (that’s her name) is a big girl.
In her stocking feet (fluids and fuel) she tips the scales at close to 4 tons.  With a ton in the box (she is rated to carry 4,300 pounds) that would be 5 tons.  She can pull a trailer up to a combined truck/trailer weight (GCWR) of 23,500 pounds.
That’s 11¾ tons.
Her wheel base is 172.4 inches (14 feet 4.4 inches).  For the Imperial measure challenged, that’s 4.389 metres.
For comparison, a Mini Cooper is only 3.87 metres overall length.
Joe says watch this video and tell us what you think the capacity might be:

Like all theoretical constructs, all is peachy until the real world intrudes.
Everyone doesn’t drive a beaner car.
All vehicles are not the same length, width, height, weight.
Or color…..
Joe, you a RACIST!!!
Anyway, interesting idea.  Expensive to build and develop.  Limited use.
No wonder they ask for feedback at the end of the video.
Joe says they have a sneaky suspicion it won’t have a huge market. 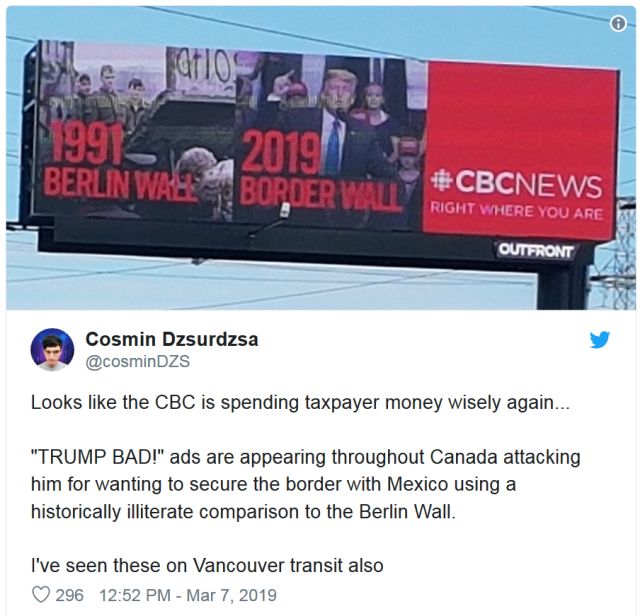 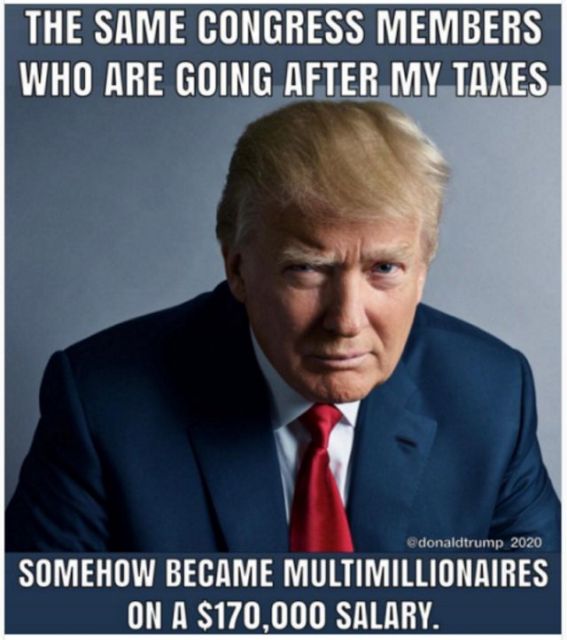 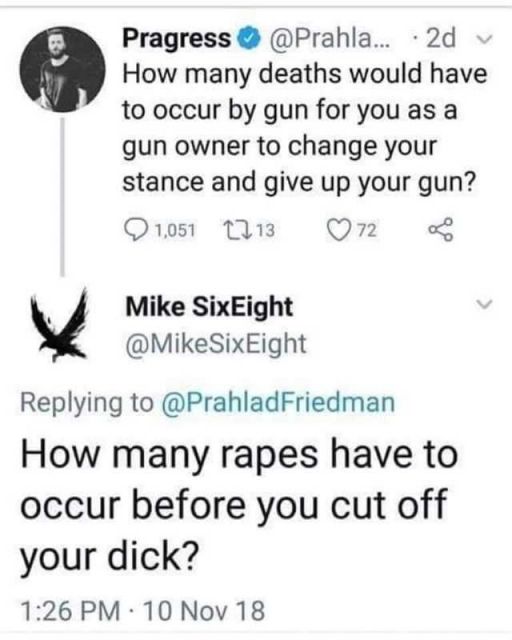 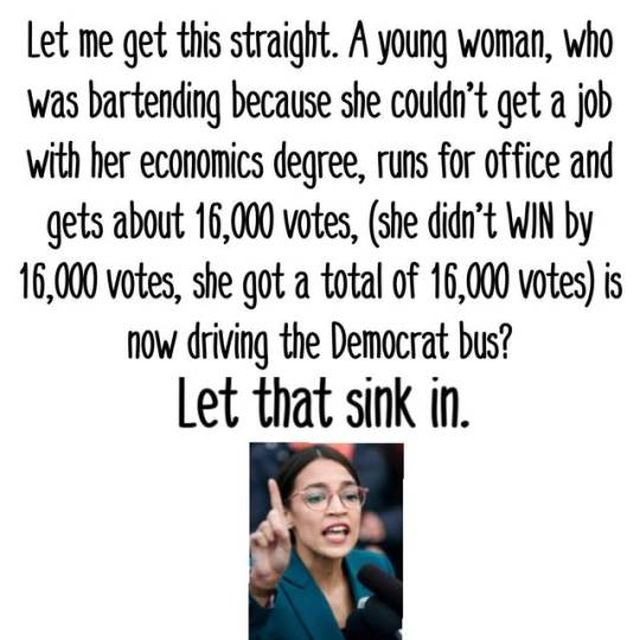 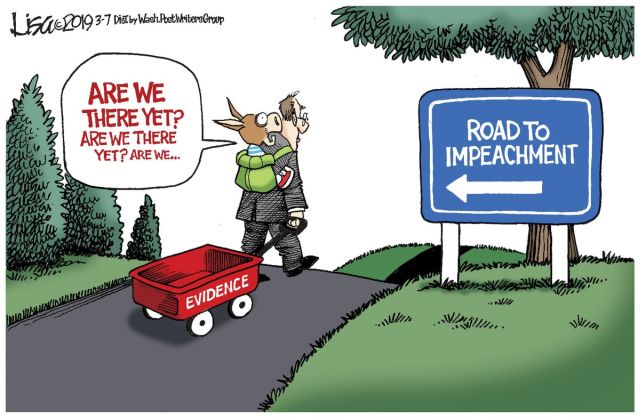 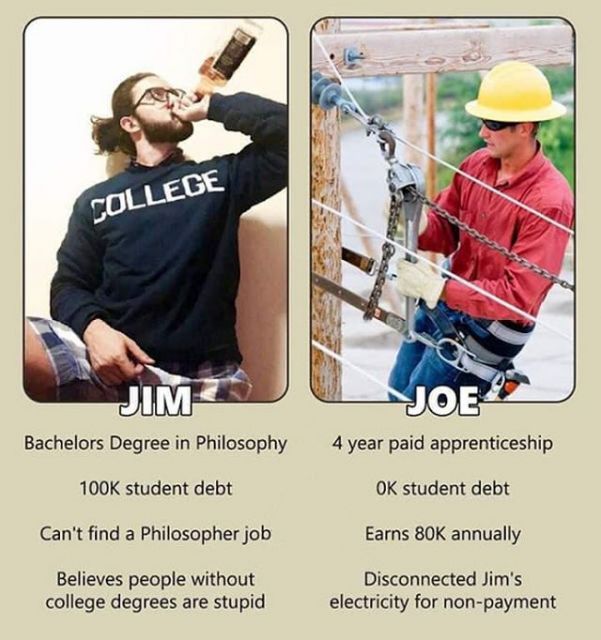 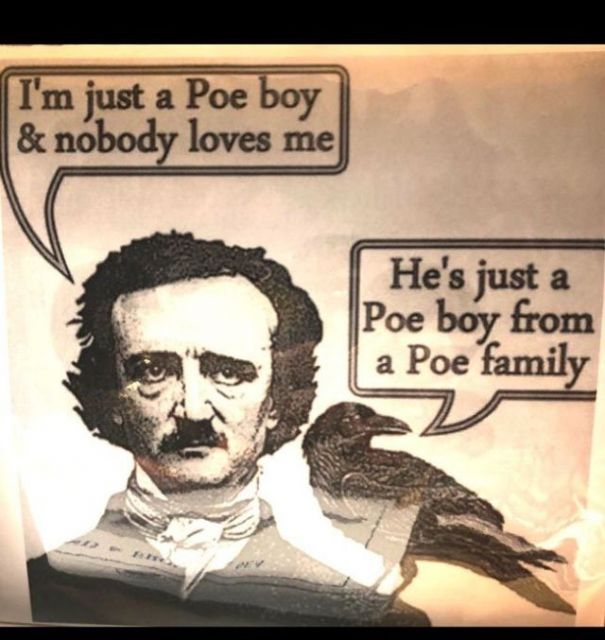 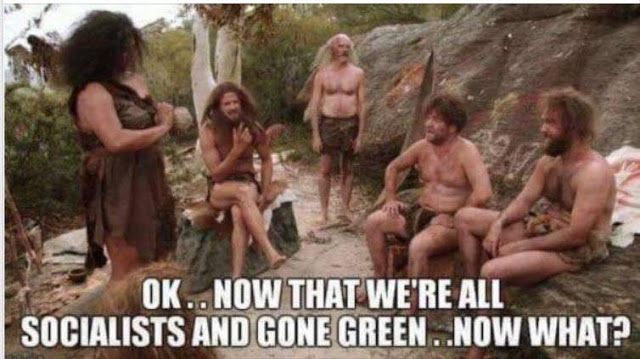 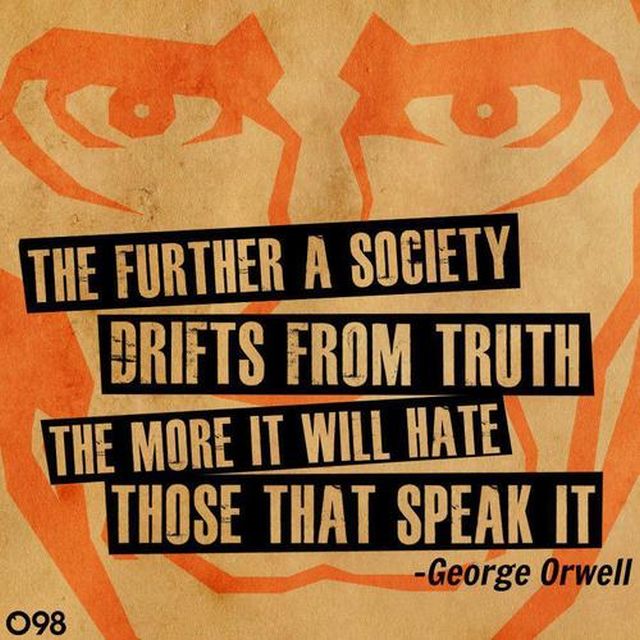 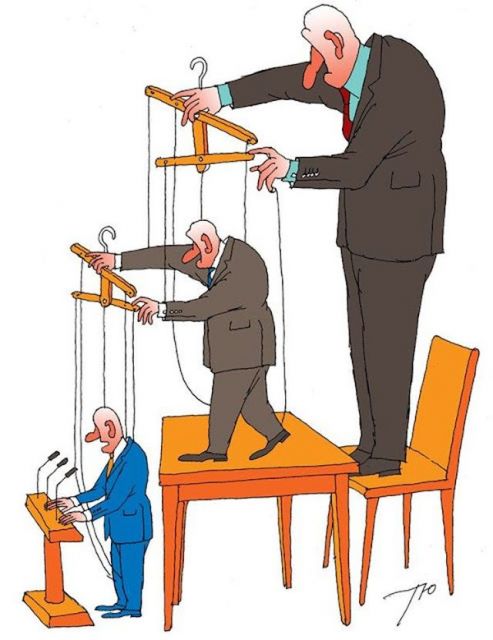 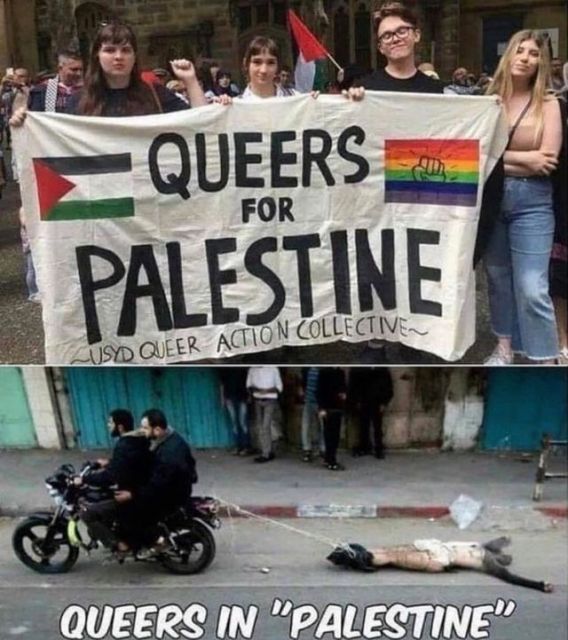 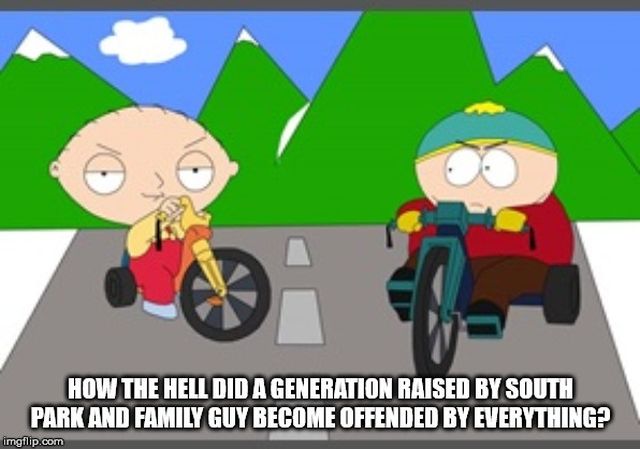 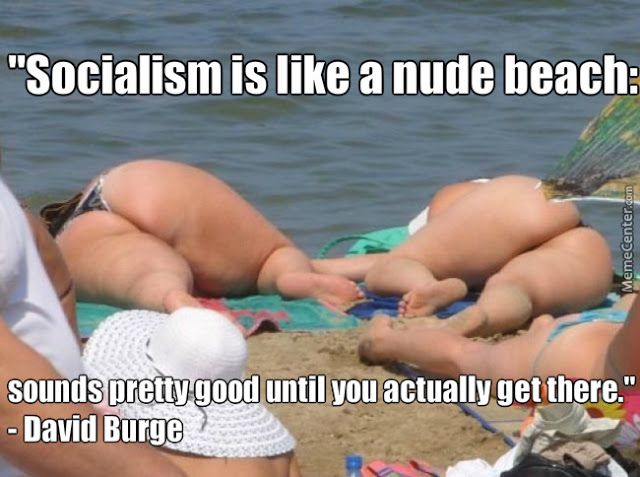 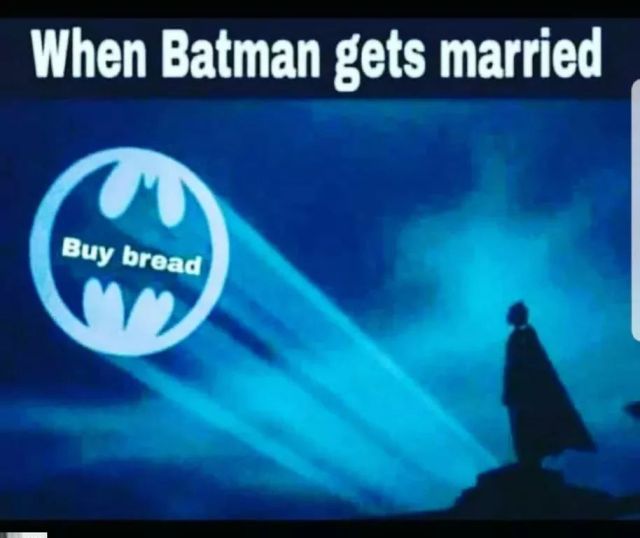 Iain McGilchrist wrote an important book titled “The Master and His Emissary”, wherein he theorizes the Western culture has been a history of the left, logical and rational brain supplanting the right, holistic brain.
This week’s sermon has three video parts.
First, a two part interview with professor McGilchrist, hosted by Rebel Wisdom:

The second video is Professor McGilchrist discussing his sit down with JBP:

Finally, the conversation between Iain McGilchrist and Jordan Peterson.  A real treat to hear these erudite intelligent men banter:

This week in Vernon BC has been cold at night.
With some snow.
However, the daytime temperatures managed to claw their digit (that’s right, single digit) above zero almost every day.
Joe says this is good.
If the snow melts too fast, we will flood.
As we have the last three years.
The worst year was the spring of 2017 when we ran our dry well pump from mid March to the end of April…..
Ground Hog Day is playing out as predicted this year.
Only 22 days until April 1st. 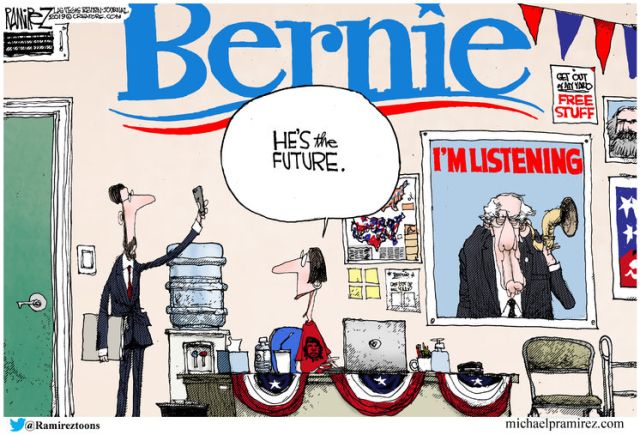 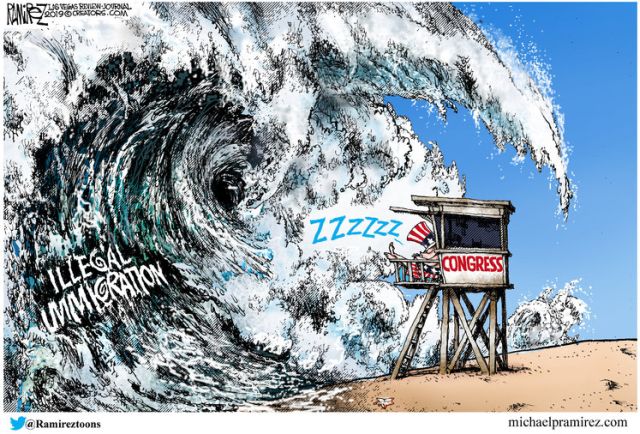 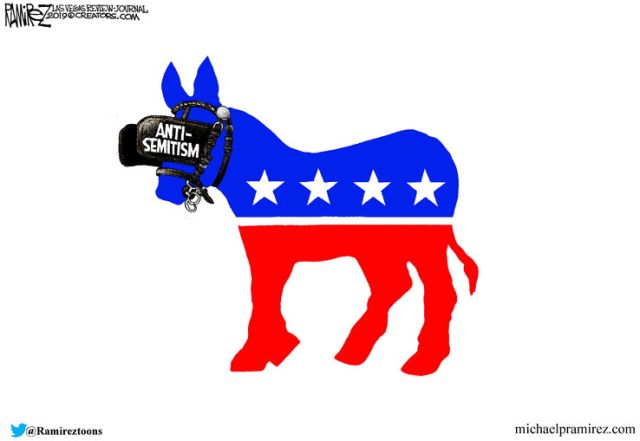 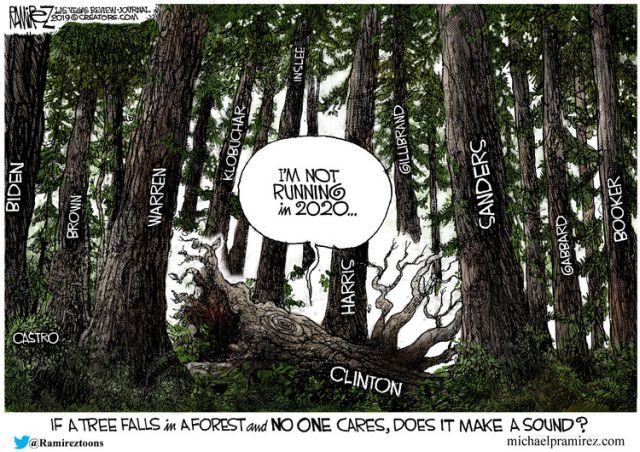 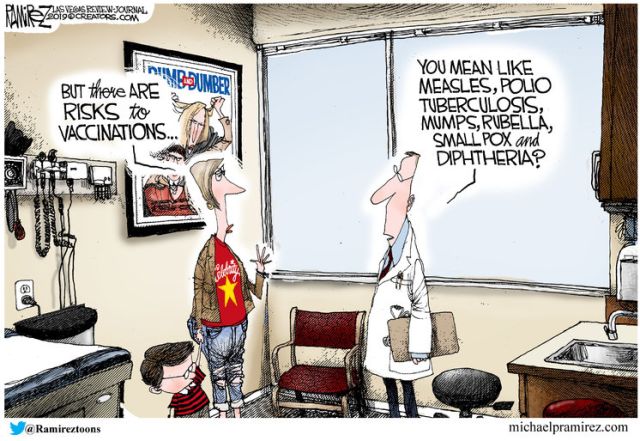 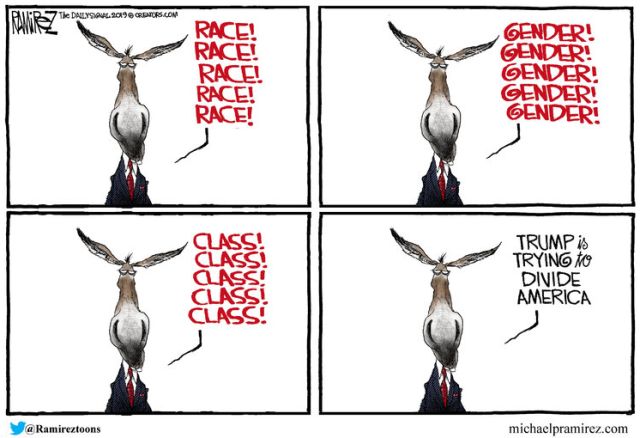