Joe’s Comment – Sometimes a cartoonist can make you laugh until you cry.
Then cry until you laugh again.
The vicissitudes of life, of living.
You can plan and “manage risk” as much as anyone.
Then, around the corner, comes life, in Panoramic Technicolor, with a whole fresh bundle of challenging puzzles for each and every one of us.
We live in a wonderful world with infinite opportunity.
Take it as it comes and enjoy every minute before time is up.

Steve Bannon
Joe and I think this man is accurate in his predictions because he is so knowledgeable about politics and human nature.
This short segment from Maria Bartiromo’s Fox News program (on Sunday morning) is an example of his deep understanding.
Joe and I agree that the “supply chain” for production of NECESSARY domestic, strategic, and defense materiel is a national security issue.
No product that is in these categories should be “outsourced” without stringent and thorough vetting, with extremely punitive penalties for malfeasance or non-performance:

Another of Mr. Bannon addressing the Judeo-Christian Republican Club in Palm Beach FL.  He shares details of how the CCP (Chinese Communist Party) is treating the Chinese citizens while the corona virus rages out of control.
This is a brilliant man telling what he knows:

Stephen Harper
Joe and I were pleased to see PM Stephen Harper exchange views on current events with Maria Bartimaria of the Fox Business cable channel.
Joe and I think history will support PM Harper as being one of the best Canadian Prime Ministers of the last 100 years.  Or in Canadian history:

Donald Trump
Joe says this man has been waiting and watching for a long time.
This interview is by Rona Barrett, dated 10/6/80.
Donald John Trump is 34 years old.
We found this at the “UnfuckU” blog.
The UnfuckU blog somehow got it from “Reelin’ in the Years Productions“.
All ye “Never Trumpers” stop bleating for 4:23 minutes and you will see that Nostrodamus need not apply; he’s redundant.
It was never not possible:

Intellectual Froglegs
Joe Dan Gorman strikes again!
We think each episode he releases is better than the previous creation.
That is the kind of consistency Joe and I like!:

PragerU
What are the chances of illegal or fraudulent votes being cast?
What are the chances of these votes being detected as inadmissible?
Lucky for you investigative reporter Eric Egger has done the work to tell all about the American voting system for PragerU.
The data he found will astound you.
Or if you lean left, will drive you into cognitive dissonance so abruptly you will get a migraine.
Joe says this stinks:

Blue Collar Logic
Dave Morrison of BCL has an interesting interpretation of the Bernie Sanders phenomenon.  It goes something like those lefty folks that think they are better folks than the righty folks know that Bernie will be a lame duck from the get-go, so they can vocalize their hysteria knowing full well that nothing Bernie tries to do will be possible.
Or something like that.
Joe says listen to the argument (as many times as required) and make yer own way through the logic:

Rudy Giuliani and Steven Bannon
We enjoyed this discussion of current events between ex NYC mayor Rudy Giuliani and ex Trump campaign chief strategist Steven Bannon.
Mr. Giuliani’s website is called Common Sense.  This interview is one of many interesting podcasts.
Mr. Bannon is one of the contributors to the website War Room.
Both men worked on the Trump campaign and know each other well.
This conversation is a mix of insider knowledge from both men:

Passion vs Career
Mike Rowe and Kevin O’Leary discuss the strategies and tactics to become a successful contributor to society AND make a good living doing so.

Demand vs Production
In the real world of Western “capitalism” (what you see in the video is something else) there are phenomenon which appears counterproductive, even downright abusive of the well being of the general consumer.
It is one thing to create a factory which produces efficiently in every possible dimension “efficient” can be applied.
Another arm of “free trade”, a vital arm, is having an unfettered market for the product being produced.
Theory is Supply and Demand combined with free association and competition delivers the optimum return.
Competition = Good!
Central Planning = Bad! (or at best not good).
The following video addresses some of the turmoil surrounding the vehicle manufacturing industry which has stock holders, boards of investors, government intervention (regulations, economic governance, strategic direction), energy lobby intervention – all these things and more BEFORE the customer is considered.
Watch and be concerned:

Getting Older
Joe and I are now older than our father was when he died.
This week on Wednesday we had a full medical as well as a driver license medical.
If the government is spying on me and Louis, no, we did not get a “twofer”.
Paid with semi-real (Canadian) hard cash.
The result of the testing (less lab results – coming next week) is A-OK for another year of Class 1 driving (an annual medical in BC after age 65).
While with Dr. Louis B., we discussed supplements such as vitamins, minerals, whatevers.  Louis says if your diet is correct you needn’t supplement.
Nonetheless, Joe and I have a vitamin for old folks every day (it’s a gummy!).
We also take Vitamin D3 supplements.
We have noticed a decrease in skin tags and skin blemishes.
Dr. Louis B. says low carb, low sugar will do the same.
We will continue to take the supplements.
Our curiosity brought the following video from 2015 to our attention.
Dr. Bruce W. Hollis from the Medical University of Southern Carolina made this presentation titled “Results of a Prostate Cancer/Vitamin D Trial: Effectiveness Safety Recommendations” to an audience at the University of California in 2014.
Interesting data and links in the description:

SD Cards – Present and Future
Joe and I are technology enthusiasts.
More and better technology has the potential to make life easier, make entertainment better, make costs change – hopefully for the better (lower cost).
The humble SD card that we use in all of our vehicles for music (Joe and I are still boycotting Iphones, Ipads, Ibooks, Ieverydamnthings) was released for general use in 1999.
USB was already in use, and “flash drives” were a common data storage device.
So what became of SD technology?
Prepare to have your mind totally astonished.
The top end of SD cards today can have capacity of over one hundred terrabytes and a read/write capability of over 100 MB/sec.
These will be the “hard drive” of the future.
From Christopher Barnatt at Explaining Computers, here is a 2020 update on SD card technology: 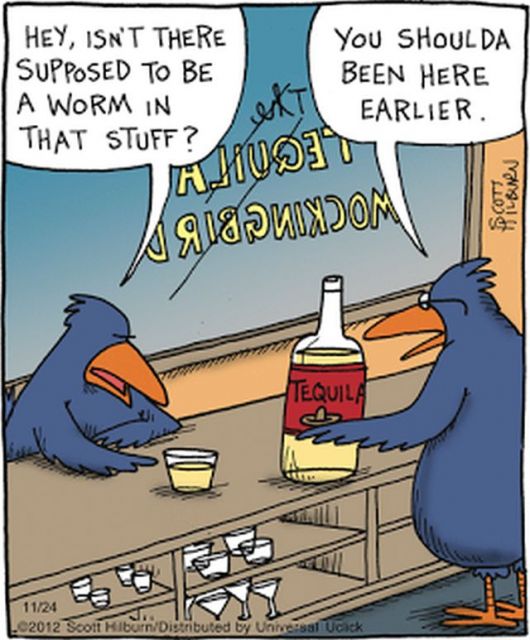 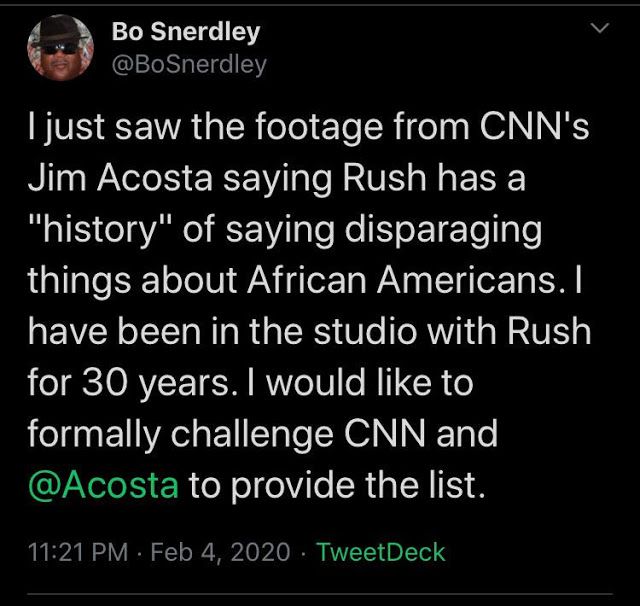 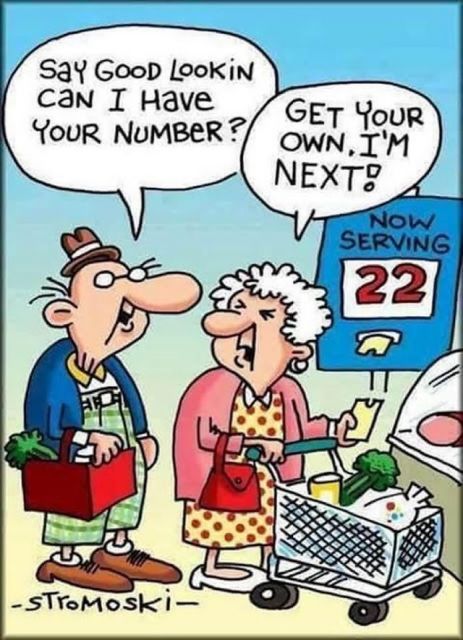 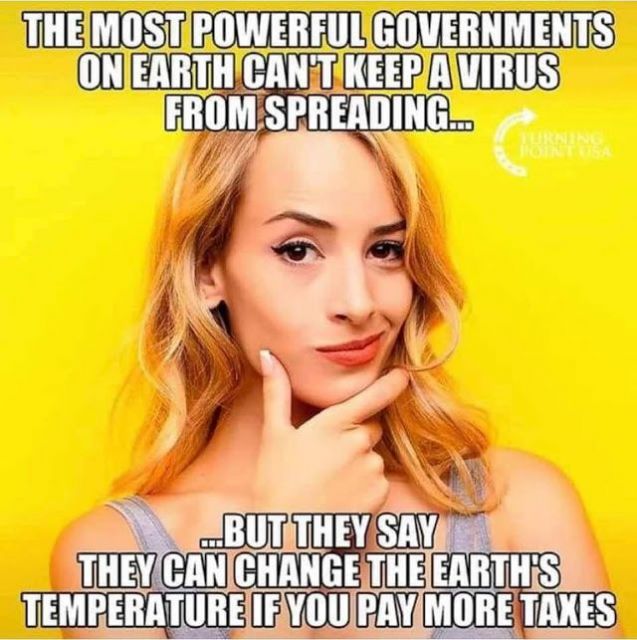 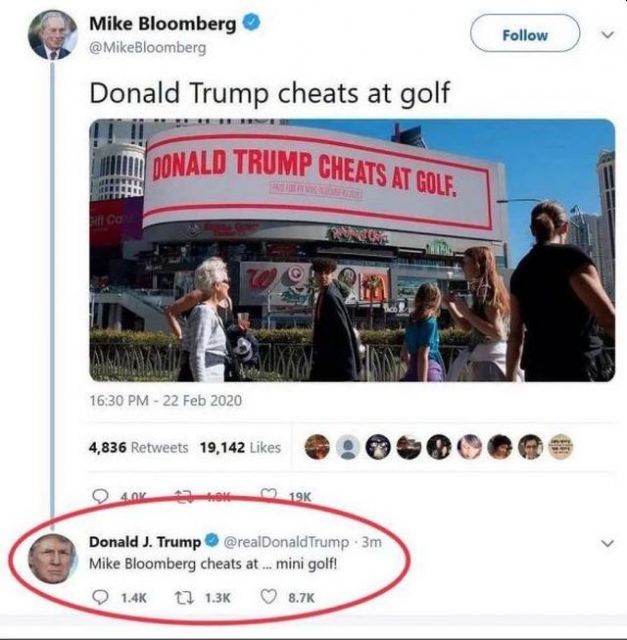 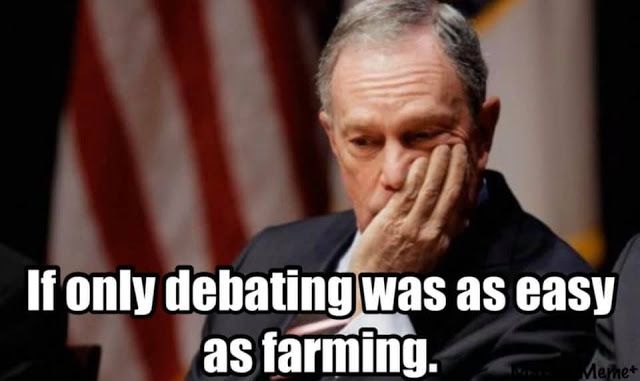 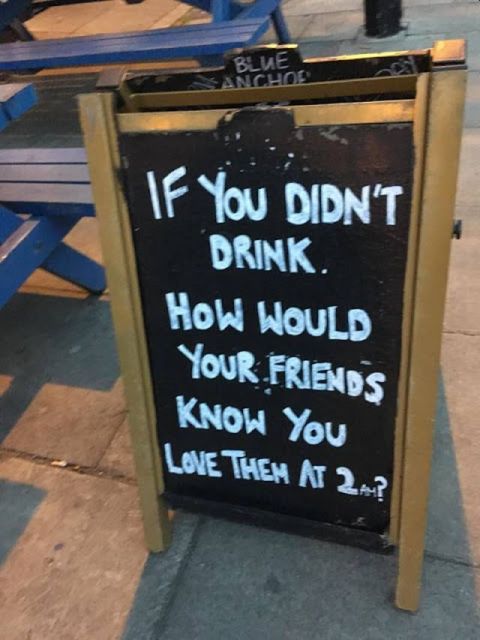 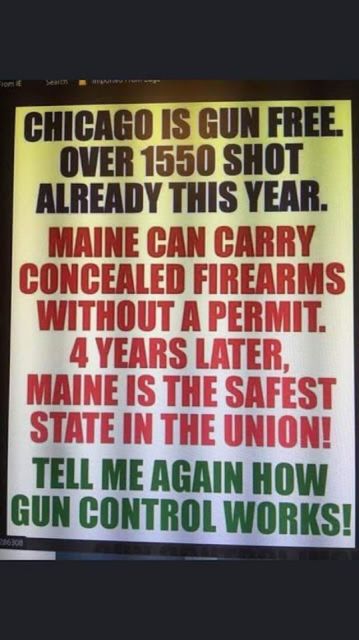 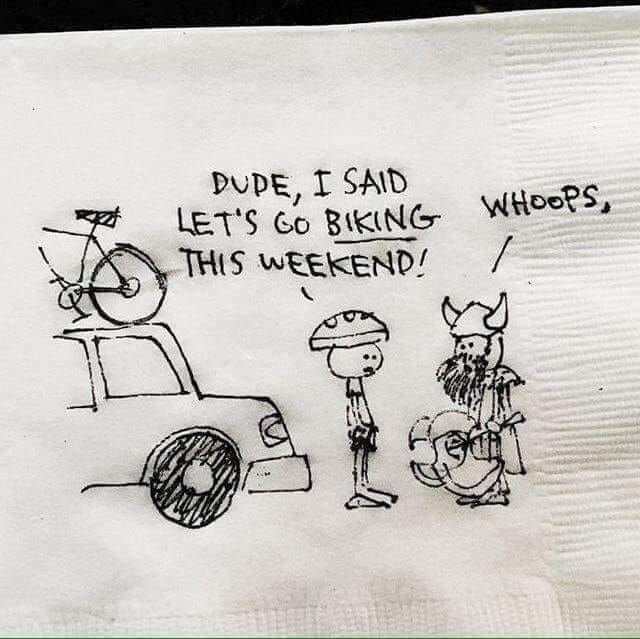 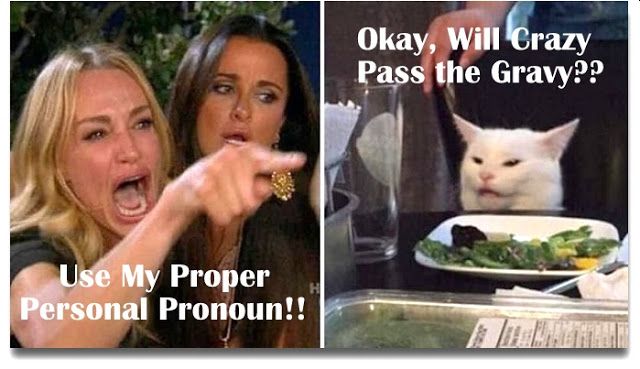 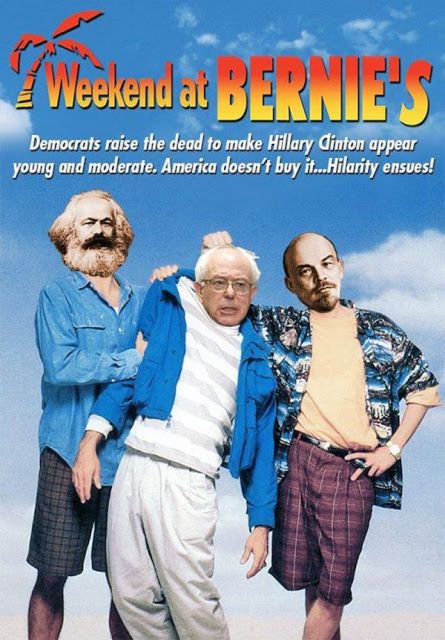 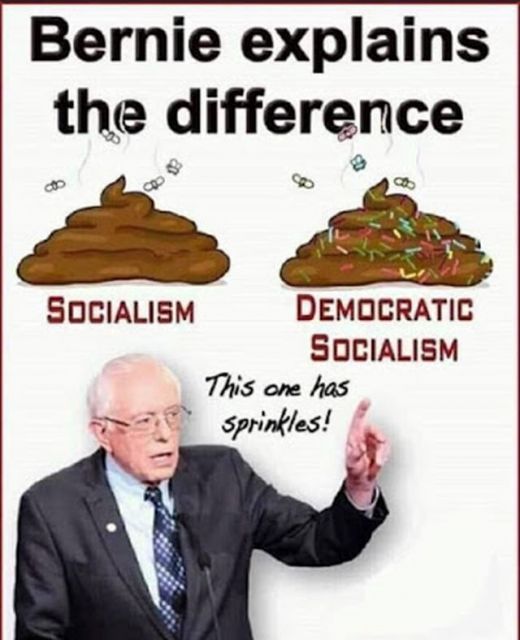 Jeff Brown is a brilliant futurist, a technology investor.
His finger is on the pulse of science and technology just around the corner in time.
This interview of Jeff Brown by Glenn Beck is worth listening to as many times as it takes to equally thrill you and frighten you damn near to death.
Joe and I are technology believers.
We also believe strongly in the warning from Jordan Peterson – the natural tendency to hierarchical sorting must have balance or chaos increases.
The technology and applications discussed in this conversation will change the world profoundly.
CRISPR technology alone is enough to make us sell the house and invest.
Or, as Joe says, is this another “big sell” of the flying car?
We just gotta stay alive long enough to see what happens.  This here is a bona fide “who dunnit” in real time, and we are here to experience the happening.
Unless we all die from coronavirus first:

The weather this week in Vernon BC was a surprise!
Joe and I expected February to break our heart, as it often does.
Cabin fever and Winter madness take their toll.
When February arrives it is common knowledge that minds are fragile and temperaments meteoric – a drop in temperature of one single degree Celsius can make a grown man weep in frustration (don’t look at us; it was a friend of ours).
The week started with two inches of fresh snow on Monday.
By Monday noon it was a bleak memory.
All week it has been above zero during the day.
The ground has no frost.
March 1st, today, was mild and sunny too!
On Thursday we had to drop everything because our dry well that is the companion of our septic tank was close to overflow.
The toilets in the house were dangerously close to overflowing when flushed.
Joe and I have had this experience 3 times, 3 previous thaws.
A hundred $$$ for hose and fittings, some maintenance time cleaning the sump pump, a bit of labor putting it all into service……
Voila!
Flushing toilets, just like real people!
Only 30 days to April 1st Eve. 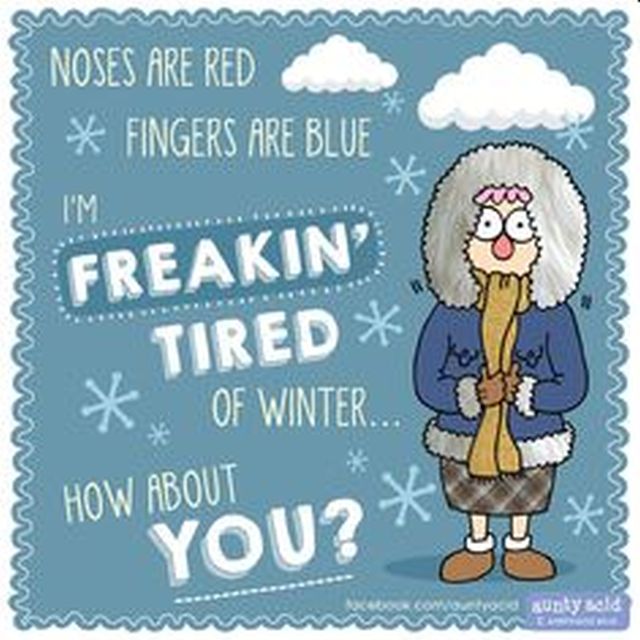 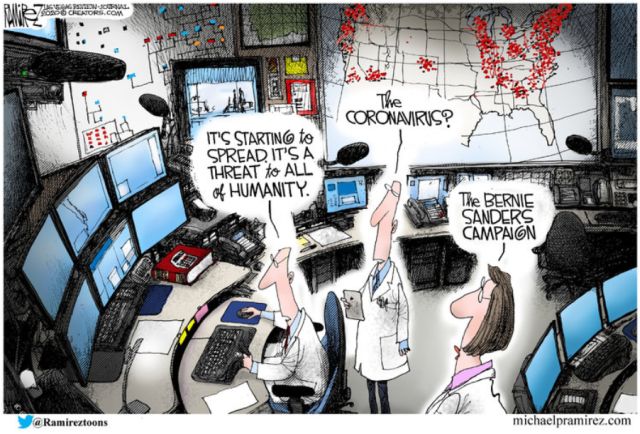 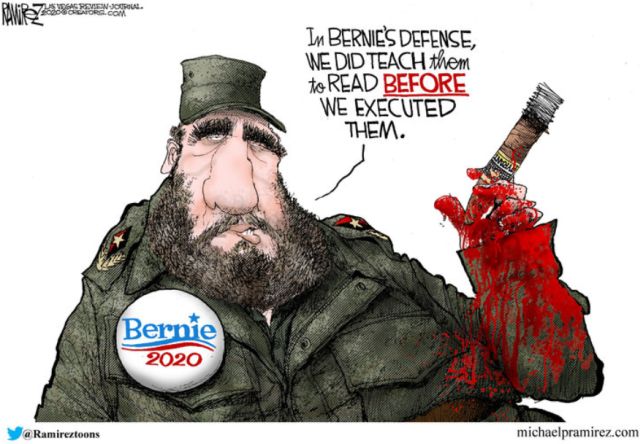 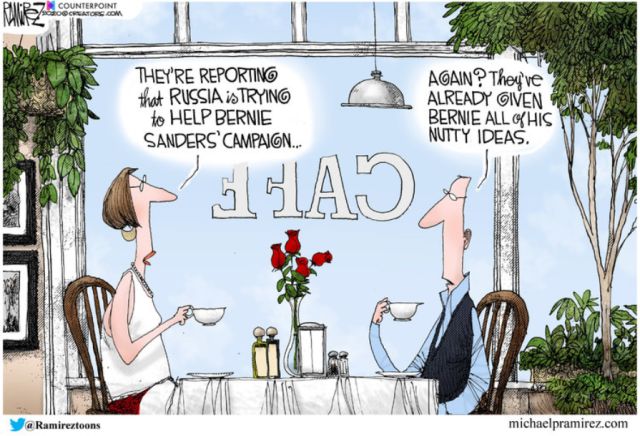 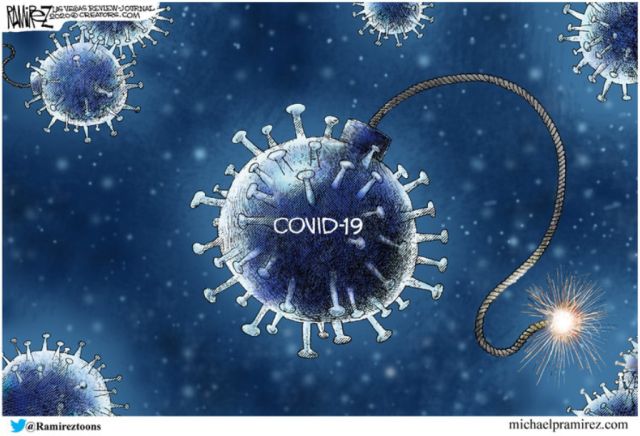 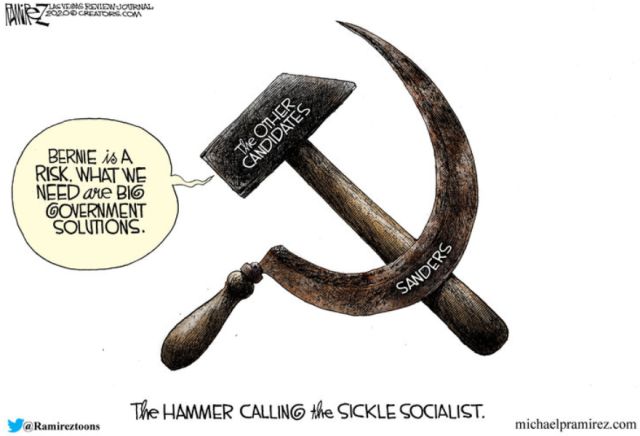 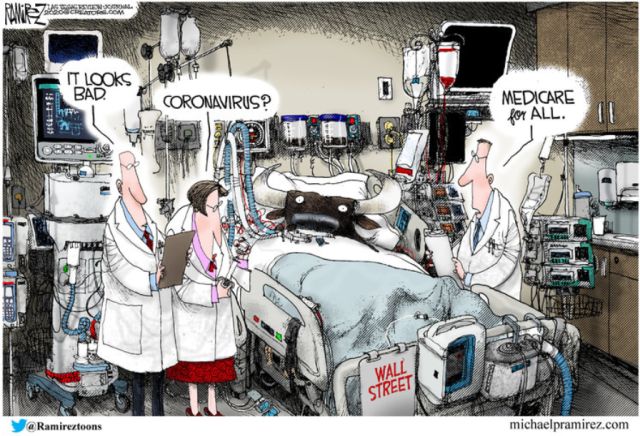