Joe’s Comment: The power of religion shall not be underestimated! 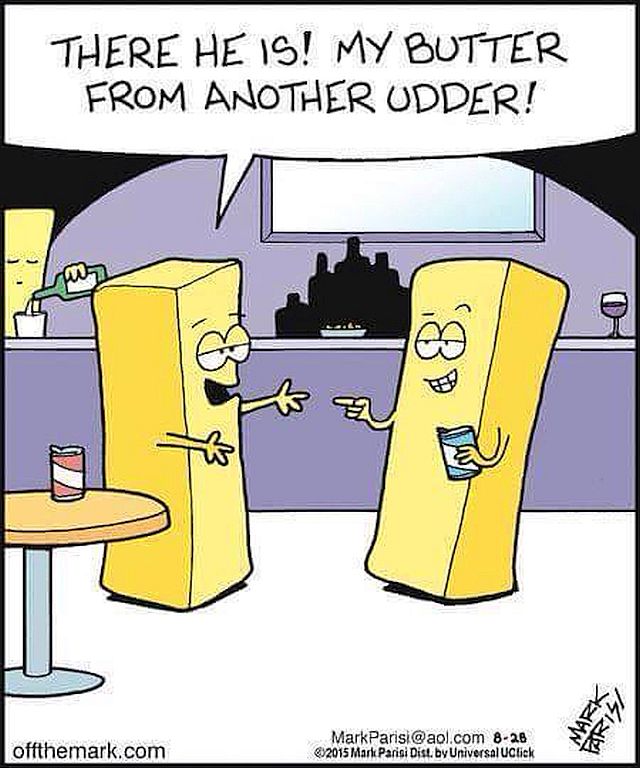 Joe and I keep butter on a plate in the cupboard.
Some folks keep it in the fridge.
Here in Vernon BC our butter gets very soft in the summertime.
It gets quite stiff in the wintertime.
It dawned on us that we don’t like soft butter.
We also don’t like hard butter.
For a few weeks in the Autumn and a few weeks in the Spring, butter at our house has the perfect consistency for Joe and me.
The conclusion Joe has reached is that the outside wall in the kitchen, which faces west, is not insulated sufficiently.  The cupboard mounted on this wall is colder in winter and warmer in summer than the rest of the house.
Short of tearing the wall down and re-insulating, Joe suggested putting a shelf beside the furnace thermostat (on the wall in the hallway beside the kitchen) and set the temperature to that which provides us with our idea of the best butter for our needs.  This would work, for we have central air conditioning for summer and forced air heating in winter.  A walk to the hallway from the kitchen and back is a small inconvenience for perfect butter says he.
I told Joe he was an idiot.
That didn’t solve anything, so I did a Google search for “refrigerator with butter warmer” and got 186,000 links in 0.56 seconds.
Seems like we weren’t the only souls on planet earth who like butter just right.
We can buy a new fridge with a butter warmer.
We can buy a counter top butter conditioner that heats or cools as required:

We can buy a “Butter Express” machine which cuts patties of 1/4 tablespoon size:

Joe says that while we agonize over the viscosity of butter the world is on fire.
I say that is true but what is your point?
Joe says right!  Let’s put that shelf up next to the thermostat…..

Best Interview So Far
Joe and I are seekers of truth.
We aspire to be speakers of truth, at ever higher orders with every utterance.
Joe says he wishes he saw some Dr. Peterson before voting time last year….
We already speak truth, adopting the JP motto “if you can’t tell the truth, at least don’t lie!”
There are higher truths.
We believe that speaking higher truths saves time and words.
It is true that the following interview with Dr. Jordan Peterson is the most revealing of his analysis of Western culture and his personal philosophy Joe and I have seen so far.
The interviewer’s tape-over comments are argued intensely in the comments section which are half the value of watching.  Here is “Truth in the Time of Chaos”:

Don’t forget to read the comments below the video.  Joe and I are (finally!) getting a grip on some of our anger.  We have near infinite reserves…. of anger.

Pat Condell
Joe and I find Pat Condell to be a well spoken advocate for human rights in the UK, Europe, and the world.  He, along with many other YoubeTube contributors have a history of being suspended, deleted, and demonetized.  This video addresses the irony and disconnectedness of the “social media” giants:

Evil in Parkland Florida
Joe and I wonder what passes for mature thought in the minds of people who have politicized the tragedy at the Marjory Stoneman Douglas High School.
This level of evil has nothing to do with firearms and everything to do with broken systems that do not and cannot respond in real time to a concerted effort from a diseased mind…. or ideology.
The dog and pony show starring young people from the affected community may have some effect in managing the grief wrought on the families of the dead and on the survivors, but to seriously consult children for a solution to the problem is an abandonment of responsibility.
Joe and I think about Israel.
Under fire from seriously fucked up Muslim tribes since the founding of their state, they manage to have schools that provide security for students and teachers.  How dey doo dat?
A brief history here.
A quote from the article –
“When terrorists attacked a school in Maalot in 1974, Israel did not declare every school a gun-free zone. It passed a law mandating armed security in schools, provided weapons training to teachers and today runs frequent active shooter drills. There have been only two school shootings since then, and both have ended with teachers killing the terrorists.
It is an approach that the Americans should take to end the constant slaughter of innocents.”
In 2015 responding to the “knife intifada” the Israeli government relaxed the gun laws, encouraging citizens to arm themselves in anticipation of terrorism.
A far cry (so far) from life here in North America.
For Joe and I the solution of security will be multifaceted and must include changes to school curricula which has become leftist indoctrination instead of education re: history and cultural relevance.
Accordingly, we will post some memes to establish a frame of reference in which to promote solutions.  A hint: banning firearms is not feasible or desirable…. 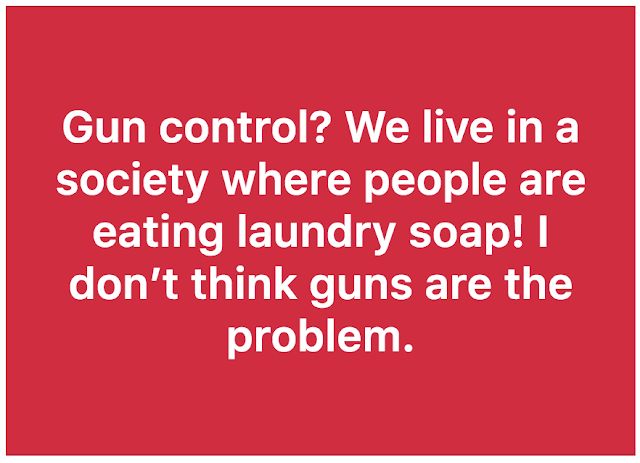 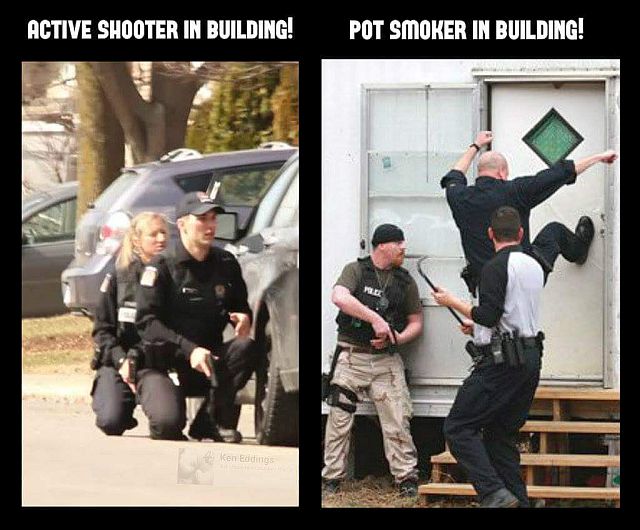 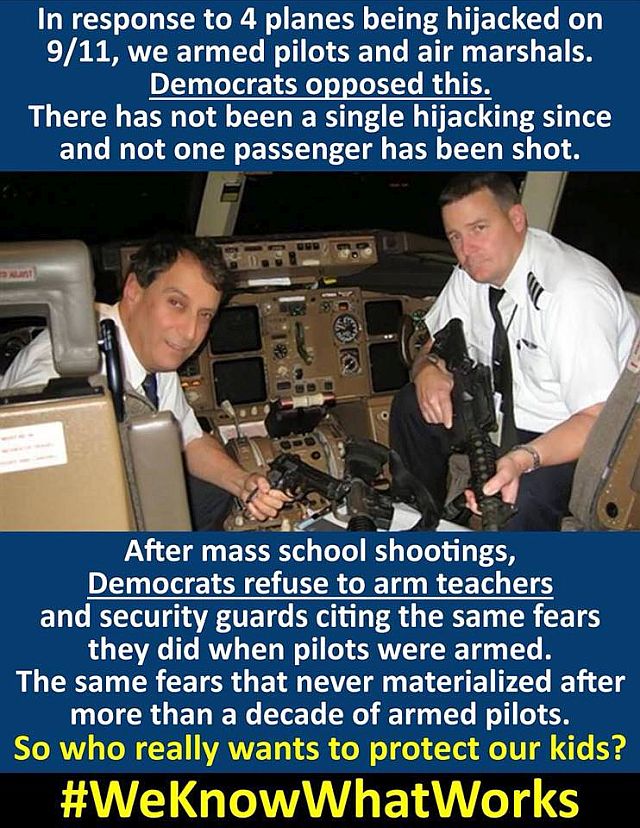 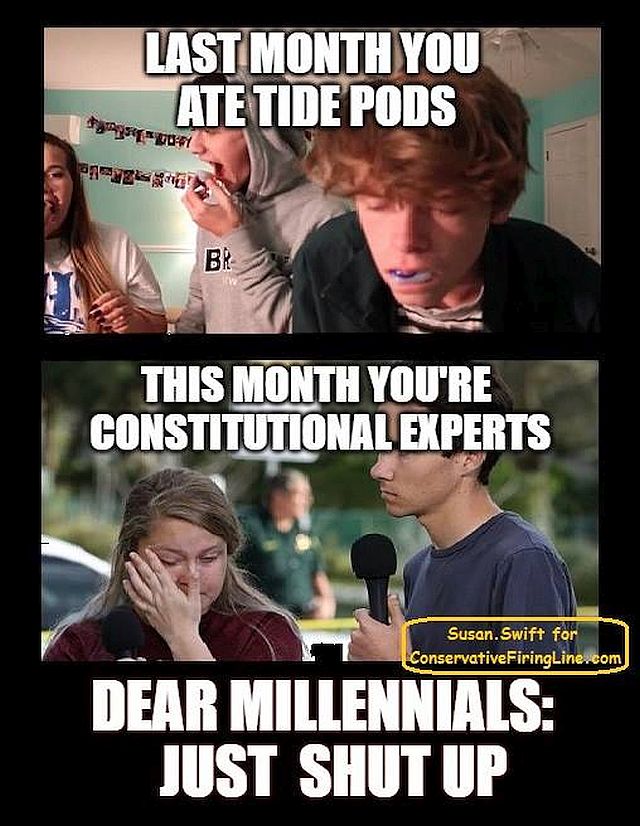 Joe’s Garage
Hibernation
I have been sluggish for most of the Winter.
The long nights, cloudy days, and snow add up to a blah attitude.
Joe has been researching and studying and ordering parts to fix any number of vehicles in our yard.  When idle, he too has been slightly out of tune.
How out of tune?
While listening to lectures, we have discovered that we can do number puzzles (Sudoku, Free Cell) and still concentrate on the speaker.  Not so with reading other articles or researching worded documents.  This is the score on our Free Cell game – 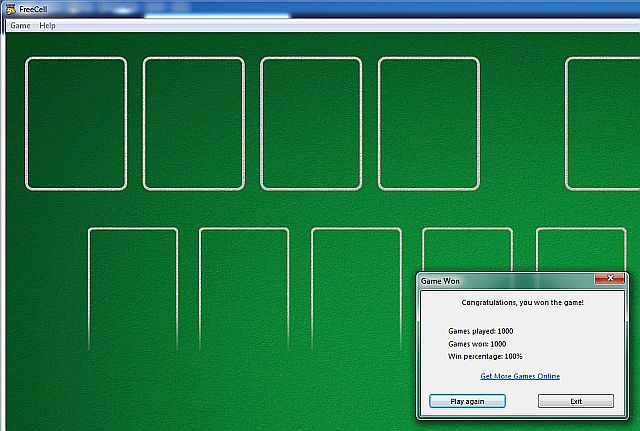 The score is well passed the 1000 / 100% shown on the screen print-out.  It is closer to 1100 now.
That represents a large number of flat-bum sessions, listening to lectures while keeping the puzzle brain employed.
Everything we would do on vacation without having to leave home!
Ron Berry Creations
Joe isn’t fond of the handlebar mustache dude who goes around drooling on and humping the fenders of other people’s creations.
However, Ron Berry is a master with steel.
A short video of his “animated” or cartoon cars: 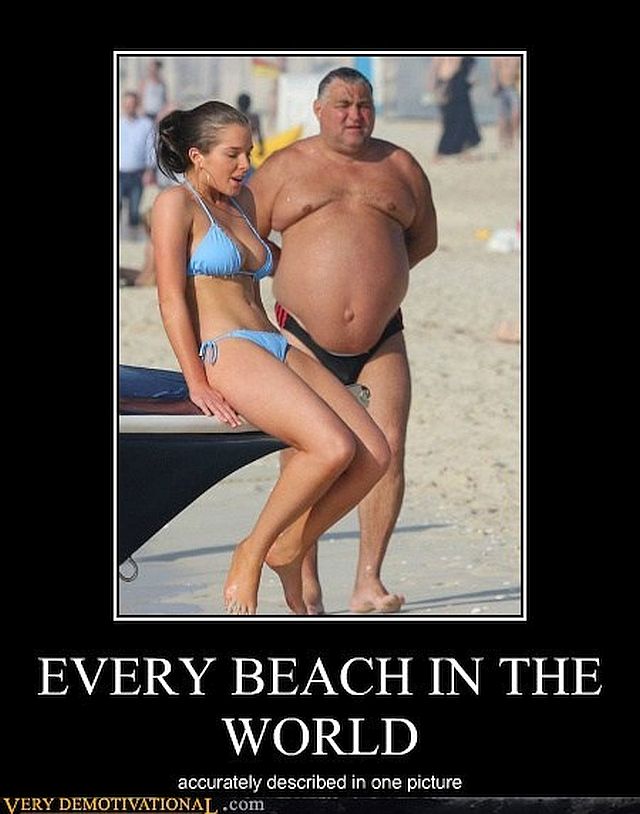 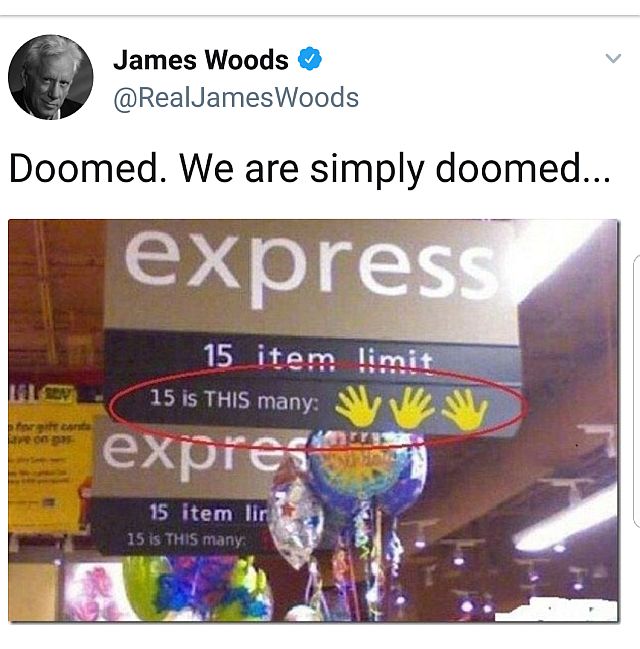 This week is the next lecture in the Dr. Jordan Peterson lecture series on the stories of the Bible.  This is Biblical Series III: God and the Hierarchy of Authority:

This week in Vernon was lion not lamb ushering the calendar into March.
Joe says more like a lion cub.
Yes, we had more snow.
Yes, we had double digits below zero C.
The roads were a bloody mess several days in a row, especially Saturday.
In our neighborhood it rained on Friday night then snowed as the temperature dropped.  Lots of slipping and sliding up and down the valley.
We still have about 2 feet of snow in the backyard.
It will not support our weight (Fat Albert class), but will only collapse when on one foot.  Damn near broke an ankle walking around.
Next up is the Spring flood season.
For the last three Springs we have suffered septic tank back-ups into the basement because of ground water flooding our dry well and septic tank.
Same with the neighbors above, below, and on either side of us.
Joe and I are hoping for some steady winds and above zero temperatures.
While we’re wish listing, add no more precipitation to that list.
Snow will go directly to gaseous water without the liquid phase (sublimation) in the right conditions.  Mild warming and wind will dry us out faster than no wind and near zero temps.
Time to get the hoses and pumps ready for action! 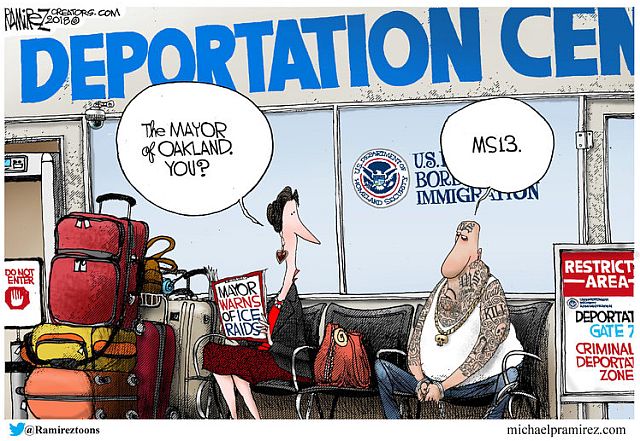 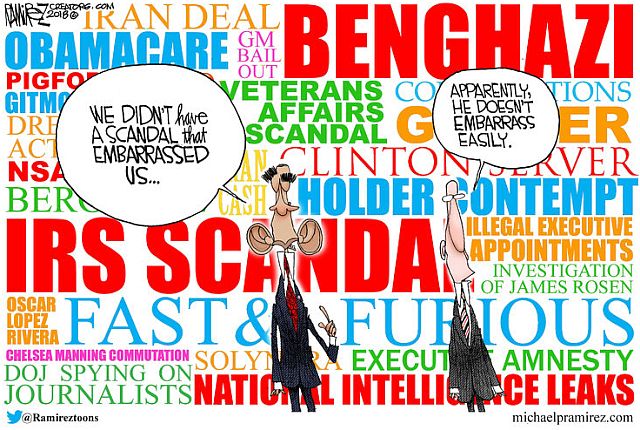 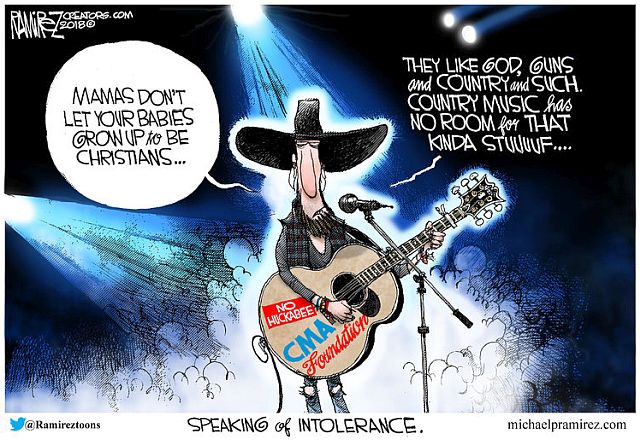 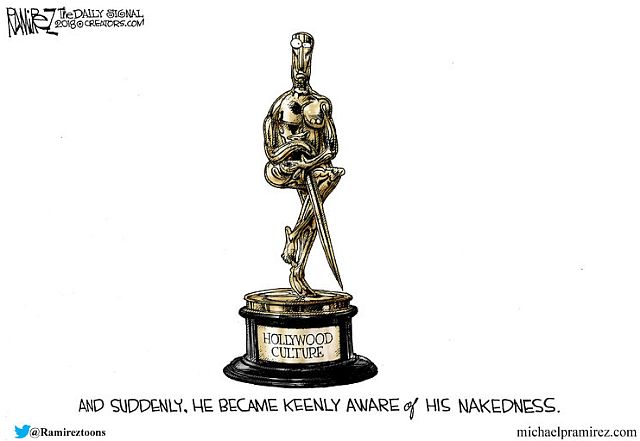 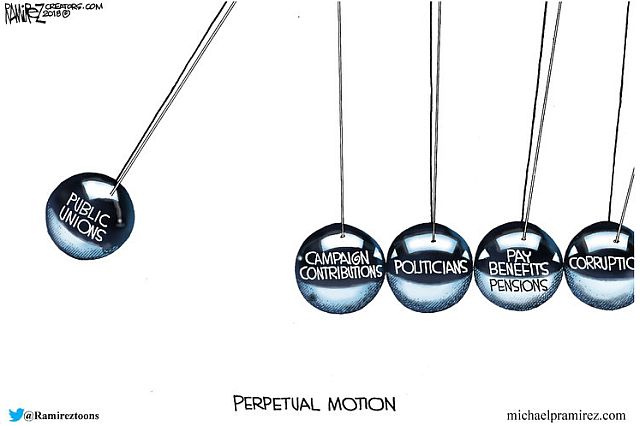 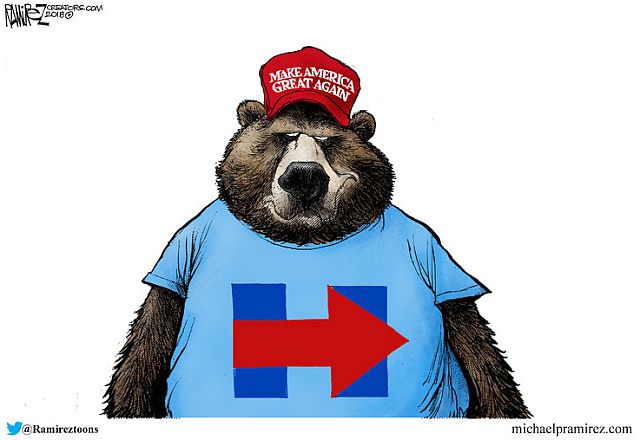