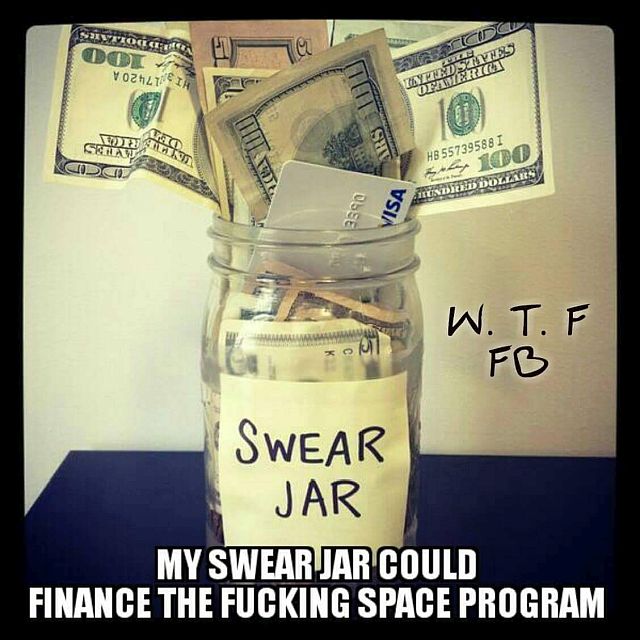 Joe’s Comment – I’m a “let it all out” kinda guy.  No buildup, no suppression, no stress.  In order to keep things on an even keel, pressure or tension is best abandoned with a hearty “WGAF?”  Best to work alone.  If an old fart swears at the top of his voice and there is no one there to hear him, what harm?

NAFTA
Once upon a time, negotiators representing two nations met to take advantage of geography, skill sets, natural resources, and shared economic systems to build a trade community that would be mutually beneficial to each of the member countries, and strengthen their economic ties without prejudicing future opportunities each member might develop.
The deal was heated, and rolled, and hammered, and poured, and stretched until the politicians signed on the dotted line.
It was originally a “free trade” agreement between the US of A and Canada, called the “Canada-United States Free Trade Agreement” (FTA) and became law in 1988.
As a citizen of Canada and an inhabitant of British Columbia, the feedback Joe and I heard was from the logging industry, the softwood industry.  We heard the deal was unfair from our friends and acquaintances in the lumber economy of BC.
As a citizen of Canada, Joe and I assumed that the Canadian government had sent it’s “A Team” to negotiate, as you would hope.  We are sure the good old US of A did.  Analysis was the FTA was beneficial on average to citizens of each country, excepting some areas of trade that were competitive (such as softwood lumber).
Mexico saw the agreement as a good idea and sought a similar reciprocal arrangement with the United States.  This was after the Latin American debt crisis.
Canada, worried that a US – Mexico agreement would undercut the existing FTA, lobbied to be included.  A big party ensued.  More negotiations, more negotiators, more signing on the dotted line. 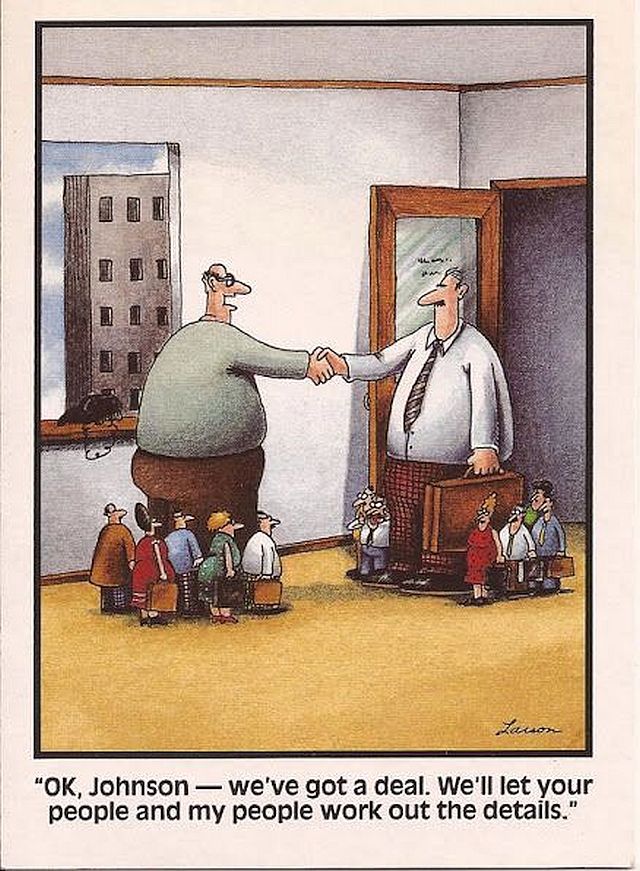 The NAFTA was hatched and became law on January 1st, 1994.
Fast forward 24 years……
Candidate Trump’s election platform included a promise to re-write or exit NAFTA.
POTUS Trump follows up his campaign promise and revisits NAFTA.
Loose bowels of stupendous magnitude become a plague in Canadian and Mexican business circles.  Our fearless Canadian leader puts on his rainbow socks and begins mumbling about “peoplekind”.  The Canadian negotiating team makes frequent trips to the bathroom during talks.  They are enveloped by a green sour stench of chronic diarrhea for the duration of talks.
So, what is the beef?  Why is the US of A claiming foul?
The annual United States trade is estimated to be OVER 20 TRILLION DOLLARS.
Fine and dandy huge chicken feed!  But…. as outlined in this article from “The Last Refuge” –
“The basic issue is a simple one; for the U.S. NAFTA has a fatal flaw. Canada and Mexico are used by China and Asian nations as a way to work-around direct trade with the U.S. and use NAFTA as a backdoor into the U.S. market. It works out great for Canada and Mexico, but terrible for the U.S. It’s a structural issue and no amount of negotiation is going to remove the fatal flaw unless Canada and Mexico agree to terms that are directly against their current financial interests.”
Hence the United States is running a huge (yuge?) deficit with Jose, and a smaller but significant deficit with Dudley Do-Right.  Uncle Sam has had enough.
The Canadian government lead by Mr. Rainbow Socks, fearing the loss of NAFTA, then approached the Chinese, seeking a favorable trade arrangement.  Not so fast, Shiny Pony!  As the article states –
“Trying to keep the U.S. in NAFTA, but understanding the likelihood of exit, Justin from Canada originally approached China for a big trade deal. Justin didn’t find Happy Panda in his discussions; instead he found The Red Dragon behind the Panda mask. China was willing to talk trade, but China tiered their approach because Canada is only valuable to China as long as the NAFTA door is open. Without NAFTA China has no use for Canada.
Justin left China with dragon burns and immediately realized his trade cards were getting weaker by the day…. so he had to sign-up for the Trans-Pacific-Partnership. Unfortunately for Justin, though some think he didn’t realize the consequence, signing TPP guaranteed POTUS Trump would exit NAFTA.
Why? Because if the U.S. stayed in NAFTA the TPP nations would now have a collective backdoor into the valuable U.S. market through Canada. The NAFTA fundamental flaw just became more flawed.”
Now here we sit without a friend.  The TPP (Trans-Pacific Treaty) will make things worse.  Oh! Canada!  What to do?
Let’s go to India.  They have just as much cheap labor as China, and just as many people shitting in the streets.  Yeah, let’s go to India!  Yankee go home!  What could go wrong now?
Drats!  The dreaded Trumpster got there first.  It appears that Mr. Nice Haircut is being snubbed by the Indian PM, Narendra Modi, while POTUS Trump has hugged and moved on.  From the article –
“POTUS Trump moved quickly on India as leverage with China trade discussions. If China does stupid,… Trump hugs Modi tighter. Trump kicks Pakistan in teeth with brutal truth over Afghanistan and their co-dependent enabling of Taliban. Modi smiles bigger still.”
Joe and I agree with the summation made by the article author “sundance” –
“Our president has flaws and faults, we all accept that…. but he is engaging in international economics with a mastery never seen by a U.S. president. EVER.” 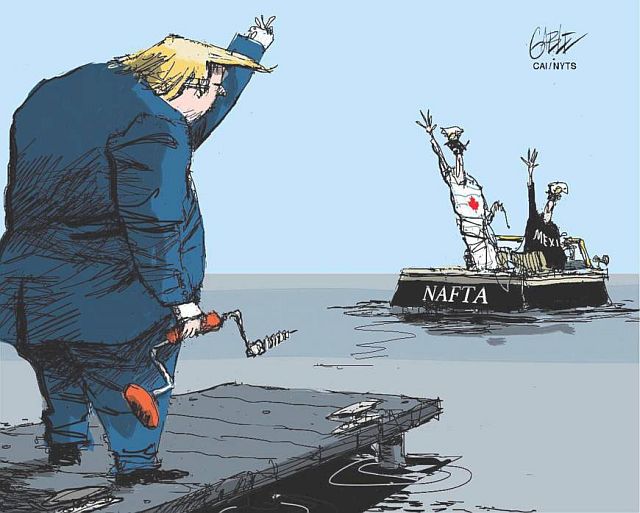 And what of Canada’s fate?  Rainbow socks for all?
Joe complains of automotive repair parts going up in cost dramatically over the past year.  Look up a part on Amazon.com vs Amazon.ca and the price can be very dramatically different (currency exchange calculated).  Contact Joe for examples if you don’t agree.
Joe and I have been around for long enough to know that whatever happens in the US of A happens here.  Sometimes in proportion (10:1) sometimes not.
The only light we see shining in the dark is maybe here in Canada we’ll have much less Chinese made junk.  As a kid growing up, most tools and machines we came to use or know were made in USA, Canada, UK, or Germany.  It cost more but there was a better quality.  Our remembrance.  Yours may differ.

Mass Shootings
Joe and I have reiterated data previously in this rant concerning the vagary of the GMO exercise called “reproduction”, especially human reproduction.
When two packets of 23 chromosomes combine in holy-molly, the chance that the resultant organism will be unique in time and space is 100%.  However, the chance that it will be a “normal” non-deformed healthy “intelligent” human being is NOT 100%.  Not even close.
In addition to the reproductive lottery is socialization, nutrition, environment, disease, and the whim of the fates. 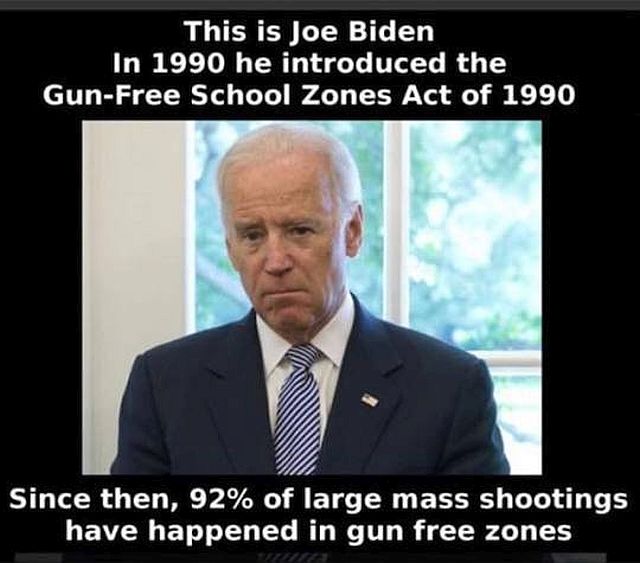 The latest heart-breaking tragedy is still unraveling.  Perhaps the FBI was short-handed and failed to perform their function because they were much too busy trying to “get the goods” on Trump.
Perhaps they are understaffed.
Perhaps 2 MILLION un-vetted “immigrants” per year keep them too busy (per Ann Coulter).  Ann has a solution to cut the problem in half – check the link.
Perhaps they have a mandate that is not the publicly advertised pledge to “Fidelity Bravery Integrity” that is part of the seal of the FBI (source) – 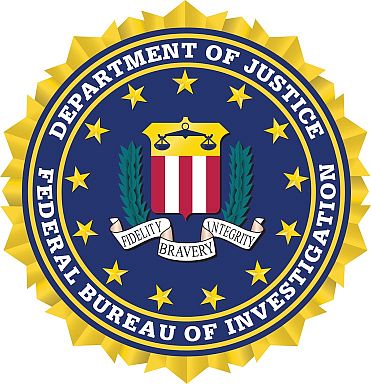 Joe and I don’t think so.  The rank and file of the FBI in our estimation is comprised of exceptional human beings (their admission standards are high) who undoubtedly embody the motto.  There are always exceptions, of course.
Perhaps the local sheriff could have done more.  The number of interventions / visits regarding dangerous behaviour / utterances by the young man is quoted as 39 – Joe says anything greater than 1 is yellow light, greater than 2 is red light, greater than 3 is alarm bells and all lights flashing.  Hell, we had a mandatory “visit” and picture taking session with the police for one word on election night (that’s a different story told last June).
The politicization of the issue is unfortunate.  The First and Second amendments to the American Constitution are the heart and soul of freedom.
Paraphrasing Ron White (you can’t fix stupid), Joe says you can’t predict crazy (by definition), but you know it when you see it.
The Democrats / lefties / progressives are sounding the horn at top volume – guns kill!  Ban guns!  The students are protesting and mouthing emotional heartbroken pain.  A few voices lost in the uproar are speaking rationally.
One item that came to our attention today is an interesting fact; the US of A is NOT the capital of mass shooting in the world.  It only ranks 11th.  Canada is 14th.
An article in the Daily Wire, written by Hank Berrien, outlines the details.  Here’s a graphic produced from the article – 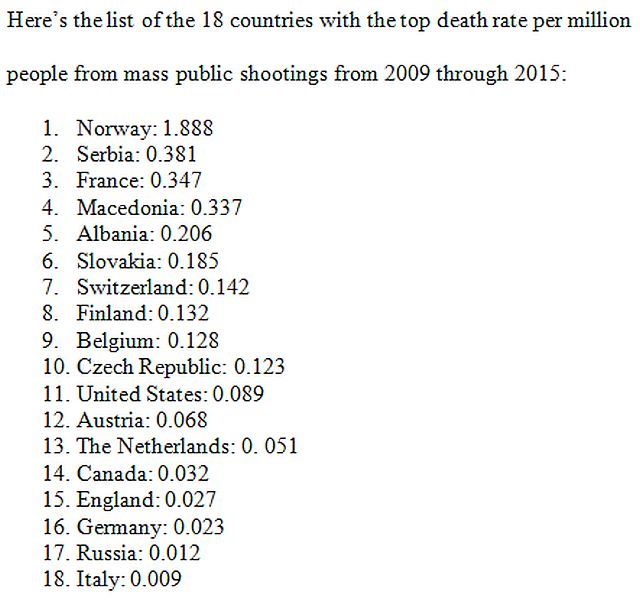 This fact in no way justifies or condones or explains aberrant behaviour but attempts to stay some of the irrational argument.  The facts are as follows:
Guns are a reality.
Crazy people are a reality.
When a gun (or more) and a crazy person (or more) are the current reality, you must have a plan to mitigate the danger, to reduce the risk.
This planning should also include crazy + vehicles, crazy + axes, crazy + aircraft, ad infinitum.
QED?
Not quite.
The hardest part is knowing whether a crazy person is deadly dangerous or impotent.
Say you could tell….. is that QED then?
Not yet.
There are people who are NOT crazy, but are deadly dangerous.
This is getting very complicated.
Joe says the best thing to do is arm everyone to the teeth, train them well, and let the bad guys have it whenever they manifest.
As the scripture says, innocence was lost in the garden of Eden. 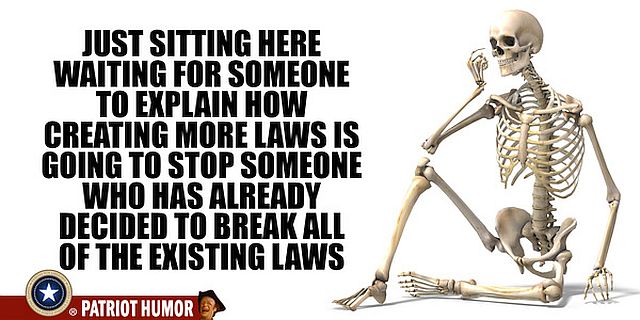 Intellectual Froglegs
Joe Dan Gorman took a break over Christmas.
Here is his first of the year punditry:

As usual, facts, opinions, humour.  Keep it up Joe Dan!

Joe’s Garage
Spring must be close.
Joe is fidgeting – visited the shop several times this week.
Mike G. has completed an engine and independent rear suspension removal job for Joe.  Parts for a project perhaps….
The victim was a 1994 Lincoln Mark VIII (shown in Sunday Rant – 0518).
A few pictures of the dismantling and parts:
This shows the body on the hoist and the engine/transmission assembly in the foreground and independent rear suspension assembly in the back ground – 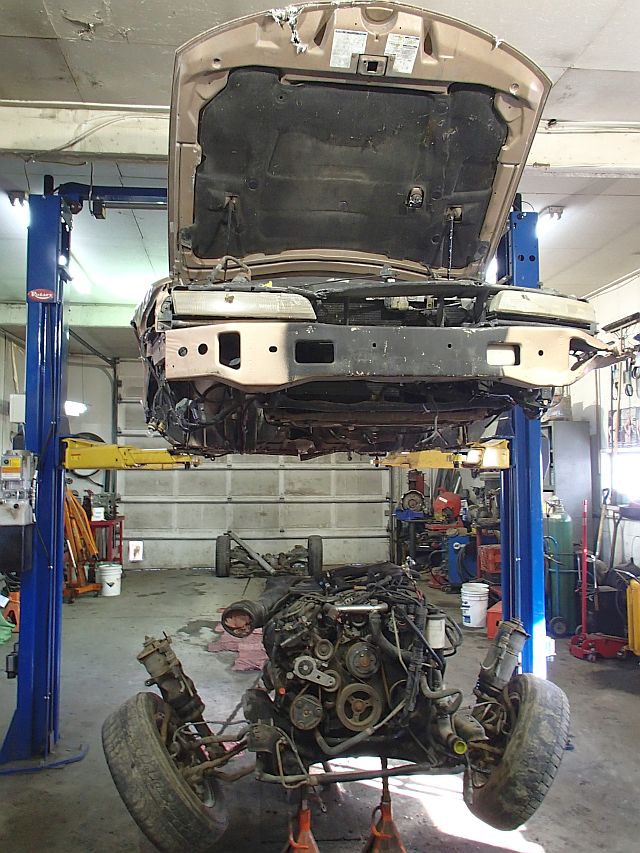 A picture of the engine / transmission assembly – 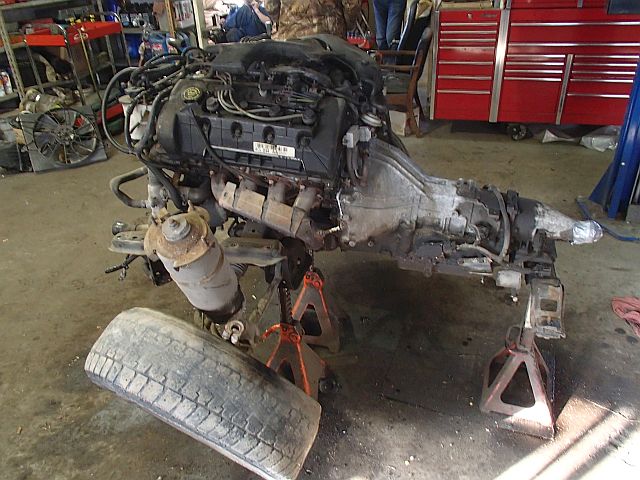 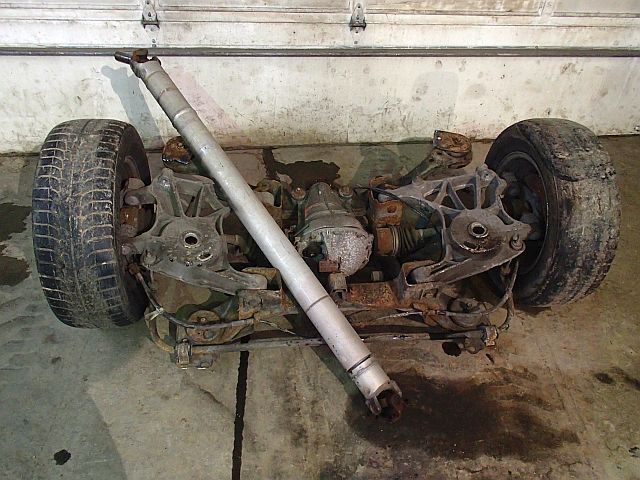 Joe isn’t saying what project this drive train might power.  The engine is a 280 hp 32 valve DOHC (double over-head camshaft) V-8 all aluminum beauty.  The differential is the hearty Ford 8.8 inch (tried and true for decades) in an air bag suspended IRS.
We have a ’77 F150 that might make a match – 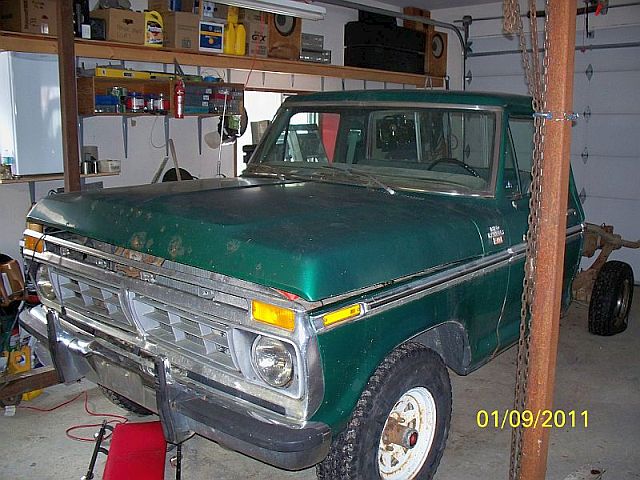 Or maybe a ’72 Ranger XLT (the truck isn’t in the back yard, but looks rougher than this) – 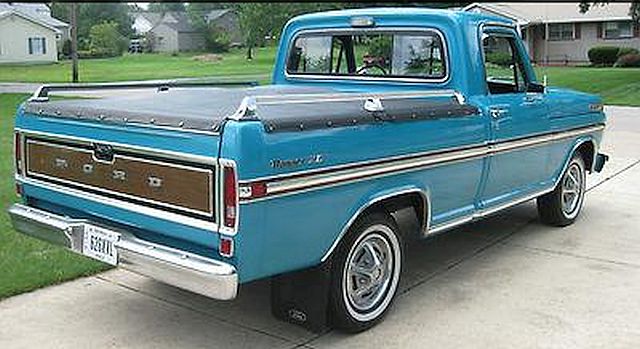 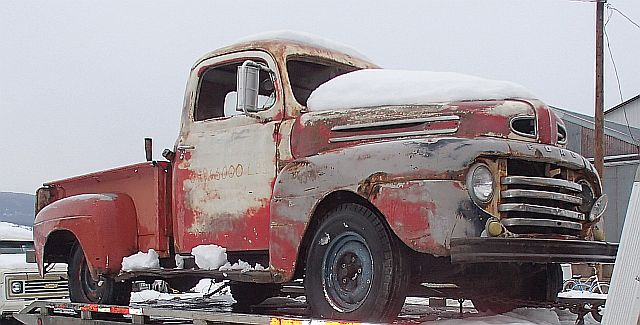 Joe might build a run-up stand and park it in the shop forever.
Just start it once in a while to hear it sing.
Here’s a YoubeTube video of the same type of engine on a run-up stand, using a carburetor (replaces the fuel injection and computer control): 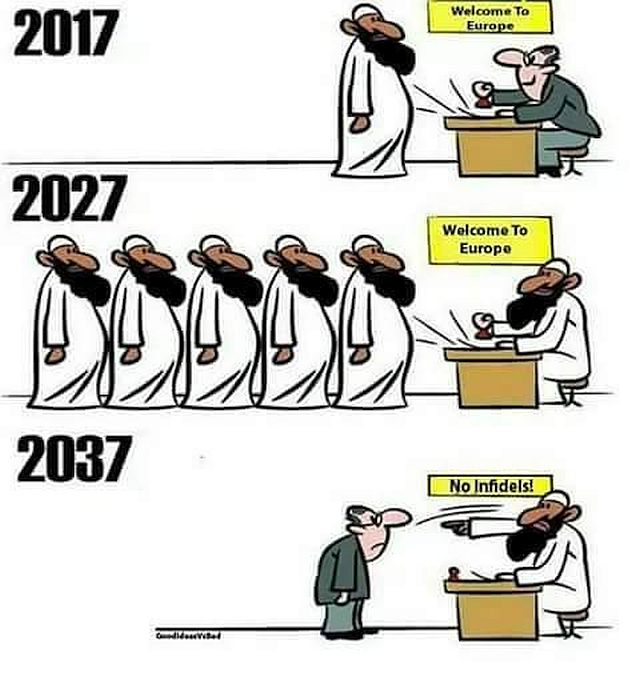 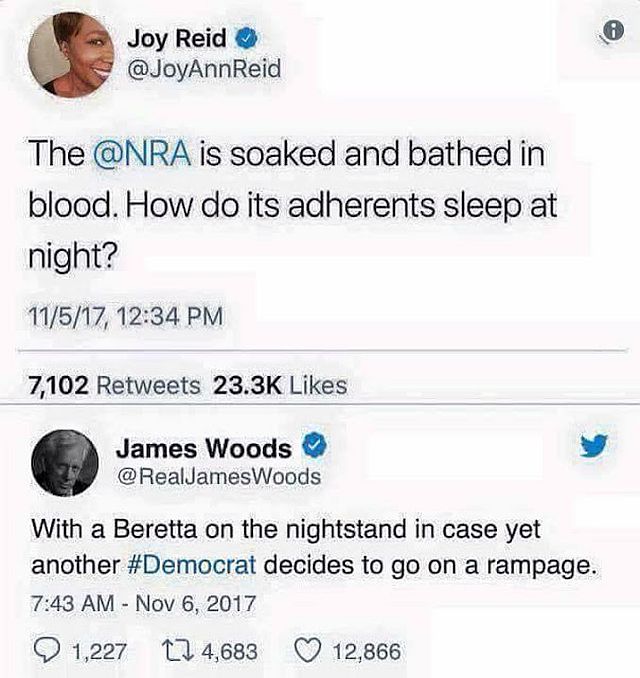 The second lecture by Dr. Jordan Peterson of his psychological significance series about the bible stories.  This lecture he actually gets to talk about Genesis.  This is Biblical Series II: Genesis 1: Chaos & Order:

This week in Vernon Old Man Winter played the February card to perfection.
Joe hates being right about weather prediction.
Unlike the Weather Man, Joe doesn’t get paid if he’s wrong.
Here’s a picture of the present Winter left this week – 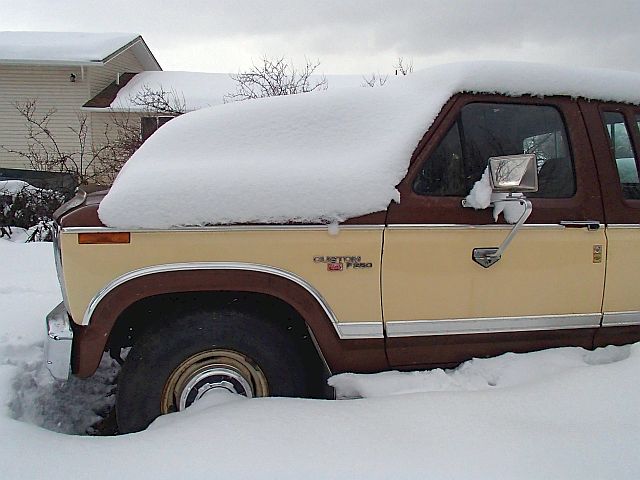 Joe says this is a 2 foot February present.
Kinda a late Valentine.
I ♥ NOT Winter.
Bring on the Lion and Lamb act.
Joe says he can hold his breath that long…… 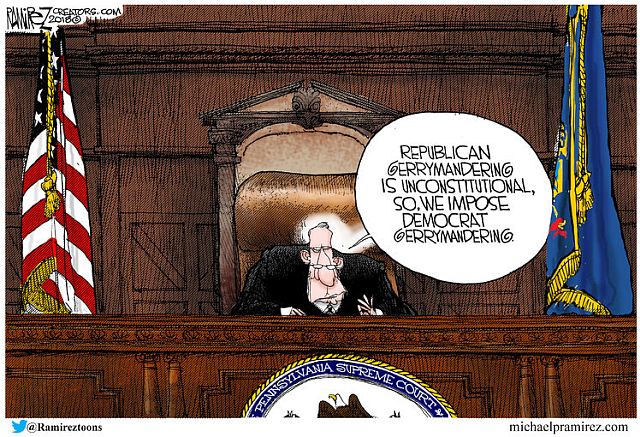 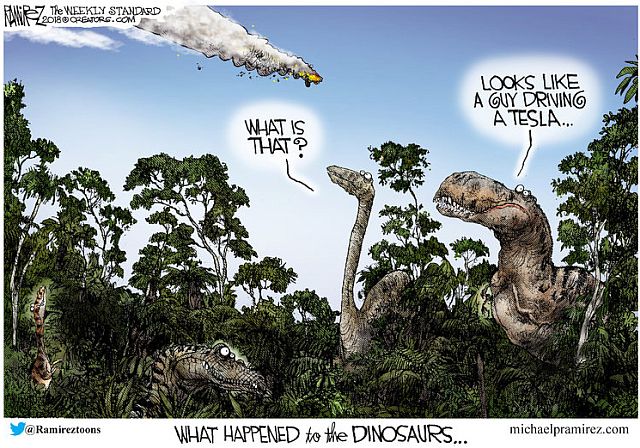 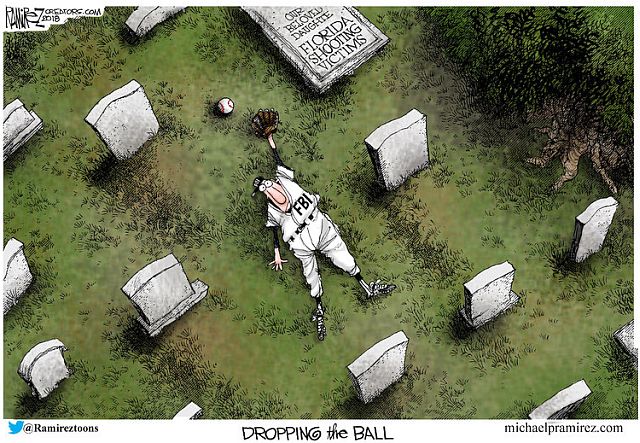 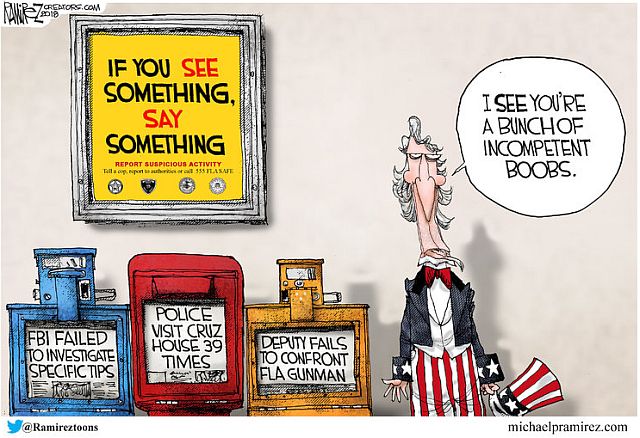 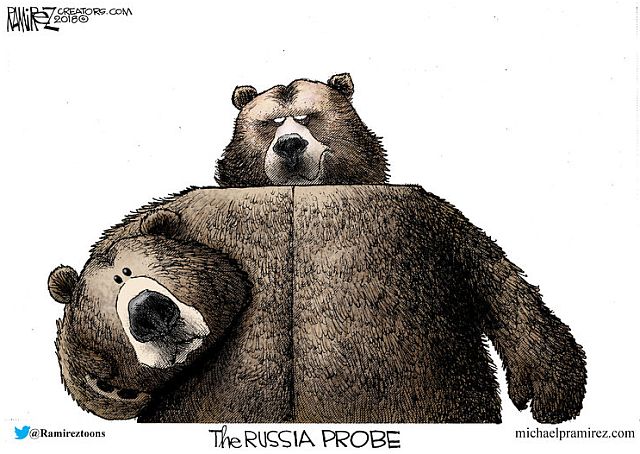 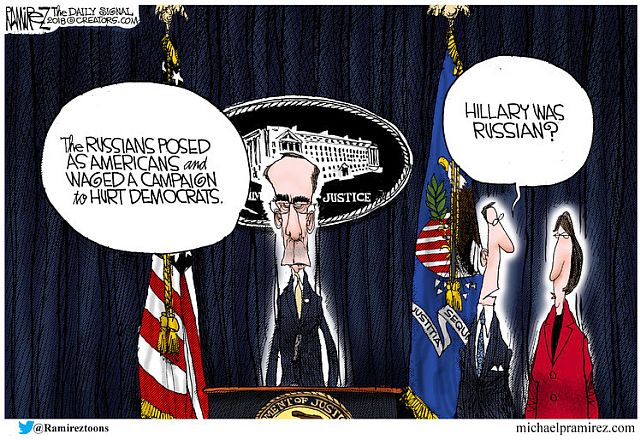