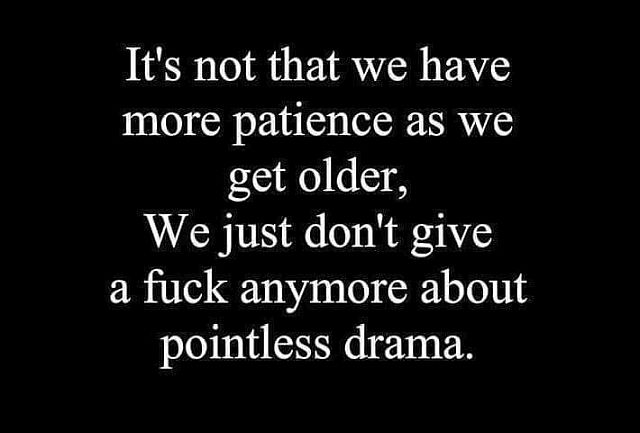 Joe’s Comment – Amen.  It does beg the question: is there some drama that is relevant?  Most conversations we have with others (especially the youthful) are fraught with elements of the kindergarten play most of us participated in way back when.  Very exciting, very imbued with feeling, somewhat frightening, mildly confusing, and entirely forgotten.  It is hard to keep your eyes on the prize when you can’t remember what, exactly, you intended to do or how to talk about it or how to act it out.  Life!  What a puzzle!

Kids These Days
There are a few expressions Joe and I cannot bear to hear without involuntarily cringing.  Sayings such as YOLO (you only live once), and “no problem”, and “let’s unpack this”, and “more than welcome”; you get the idea.  We are sure you have your own list.
There is also an ever expanding list of words, when used certain ways, make us want to turn the Pink Floyd up to drown out the poor grammar or improper use of a word.  Many of these words have been kidnapped (wordnapped? re-coined? forced to comply?) or misappropriated, perhaps as a “close is good enough” definition.  A few of these words for us are “organic”, “like”, “gay” – again, all y’all have your own lists.
This allergy to certain forms of communicative style is a handicap we have failed to overcome.
Our Sunday Rant is a constant effort that Joe and I make to train our self be precise and clear with the written word.
For anyone reading, you see there is much more practice we must do.
Joe and I have done some amazing things in our time on earth.
We have also done many stupid, idiotic, mindless, self damaging, and dangerous things.
But….
Not once, not ever, have we wanted to ingest, consume, snort, drink, lick, inject, chew, or any otherwise use laundry detergent for any purpose unintended by the manufacturer – 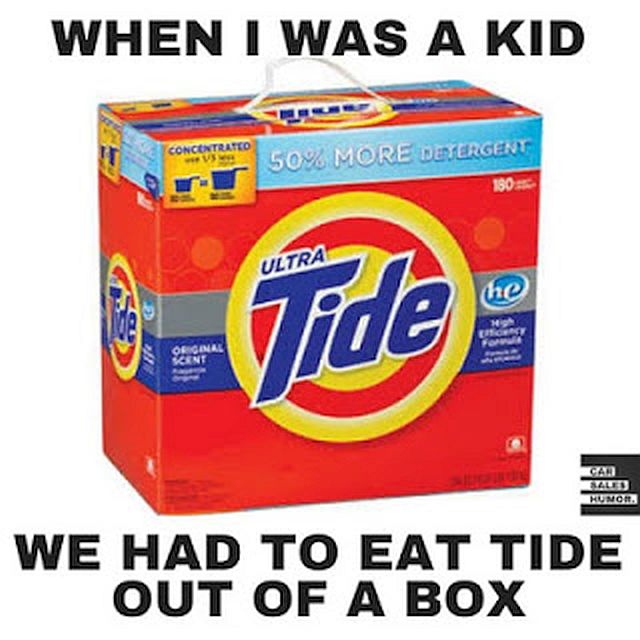 Which begs another question: WTF?
I’m sure anyone reading these words cannot rationalize what in the wide, wide world of sports these idiots are attempting to accomplish.
Joe and I are not in the “mainstream” of any movement that we know of, other than getting older every day.
Our trusty TELUS very high speed Internet connection (guaranteed 250 MB up and down) comes to the rescue.
Much to our chagrin, there are many “challenges” other than Tide pods, the youngsters (and not so young-sters) take upon themselves to attempt.
A rite of passage?
An initiation?
We think not.  We are more aligned to believing it a mindless stupidity, a form of sleep-walking sheepleness, an incipient death wish only partially understood.
Here are some other “challenges” Joe and I didn’t know about, and wish fervidly to not know once more:

We aren’t sure if this type of activity is a reaction to our stressful cultural situation, or a precipitate of a failing educational system, or poor parenting, or an IQ “recession to the norm”, or double dog daring.
Whatever it is, we ain’t a fan.
Life is way too precious to look for one more way to end it.

Dennis Prager
Joe and I smiled and cheered.
This is a barn burner speech.
He is grounded in Judeo-Christian thought and accomplishment.
The audience is comprised of under 25 year old conservative students and was held in Florida by the Turning Point USA organizers.  The event was called “The Student Action Summit”, held in December 2017.  There were over 3,000 students in attendance:

Intrigue & Treason
The current status of the witch hunt for Donald Trump is mired in embarrassing facts.  Facts so damning of the former administration and it’s misuse of various federal agencies that the end of the trail points to Obama and the Clinton Gang™.
As for facts supporting misfeasance by Donald Trump or his campaign staff are, after more than a year, a dry well.
Here’s a short angry summary from the blog A Nod To The Gods, a factual timeline.  The Democratic Party has once again revealed to the world their moral substantiveness. 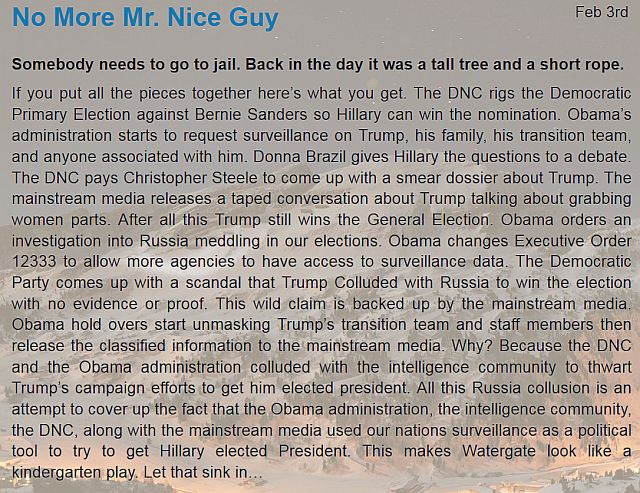 America needs a two party system.  When will the Democrats be an honest political organ?
Saying there are no honest politicians isn’t a valid reply.
We The People need answers.

Shitholegate
A review of insanity inspired by something that cannot be proven to have happened.  No evidence of anything other than a pure hatred of Donald Trump.
There is no recording, audio or video, of the President saying any such thing.
There are no witnesses to having heard such an utterance.
Yet the MSM spent days and days and more days still to spread an unvetted rumor when there were newsworthy events that were not reported.
The Internet is a valuable tool for We The People to communicate.  Much chaff, but an incredible amount of good information in a timely manner, without prejudice.
As Joe says, it only takes some seat time, a good browser, and a big nose for sniffing out the good from the rotten:

Let’s take a look at Haiti.
A bastion of the high life.
Where impoverished kids eat dirt cookies to stop their stomachs from bloating up:

Joe and I truly believe that things could only get worse if there WAS a global governance in charge of world affairs.
Can you imagine the top bureaucratic cogs of such an entity populated by the haters at the United Nations?  They are toothless dogs now.  Let’s leave them as such.
Some pointed humor about the words that didn’t come from the President’s mouth….. 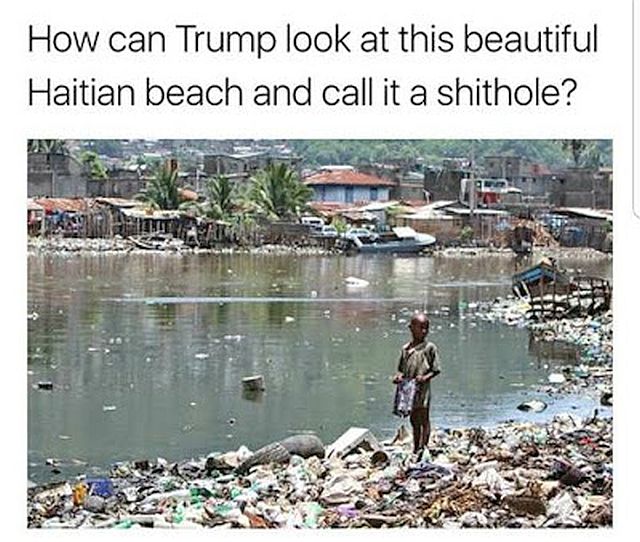 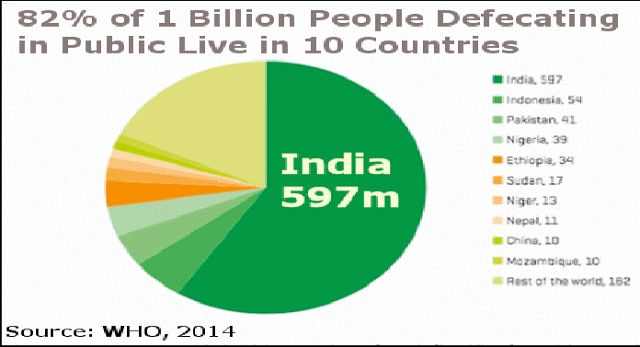 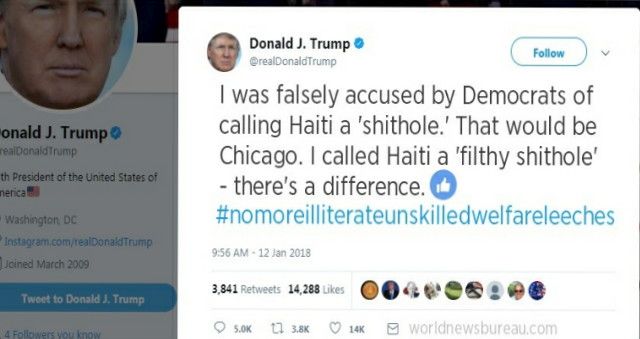 Don’t forget the NORKs.
North Korea Democratic Republic is a joke in name and a human tragedy in reality.  Wherever it is human “consciousness” resides, the physical existence of such a repressive regime is a blight on the human culture.  As a reminder, compare this night view of a “shithole” and it’s free neighbor / common ancestry to the south – 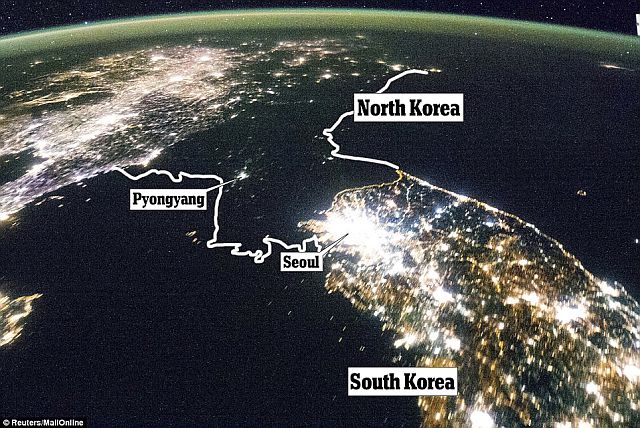 A bit more on the NORKs below…..

SOTU
The State of the Union address was a first for Joe and I in the sense that we have never seen an SOTU where there was so much vituperative reaction along party lines.  We liked the President’s summary of accomplishments.  We liked his domestic and foreign objectives.  We liked the tax cuts and the out-foxing of the Democrats at every turn.  Joe was grinning for most of it.
We got dead serious when the little North Korean man stood up and shook his crutches over his head.  We tend to get wrapped up in our personal story in Canada and forget just how uncommon our Western (so far) civilization is on the world stage.  Here’s a graphic we saw in our surfing that stuck with us – 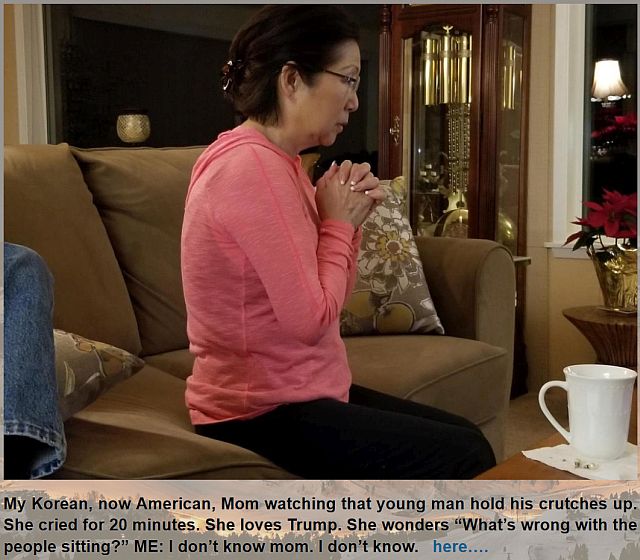 There are other people with their own dreams.  Dreams that cannot be fulfilled due to crippling corrupt political regimes.  When your country of birth tries to kill you when you have the audacity to try and leave, how could you stay?
Joe has never wanted to belong to a club that would have him as a member.
I don’t think he would last long in the “land of dark nights”. 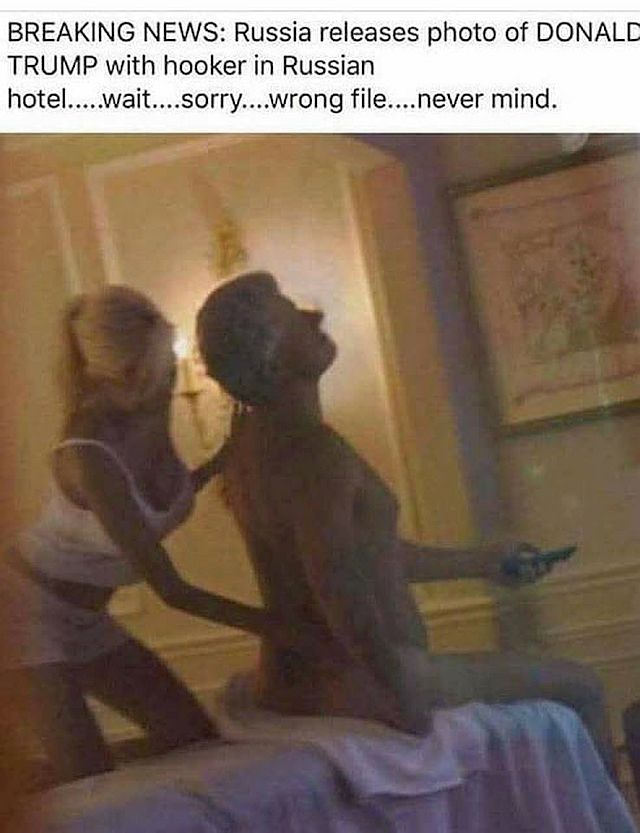 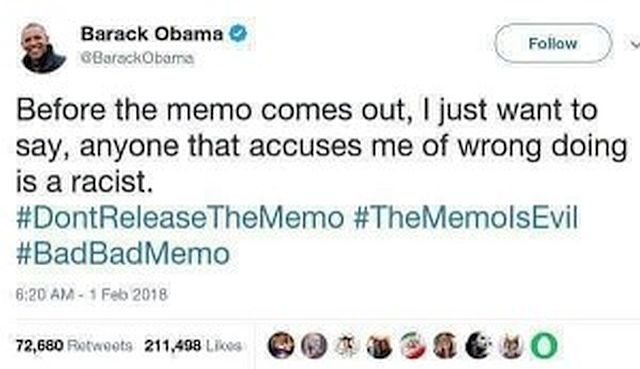 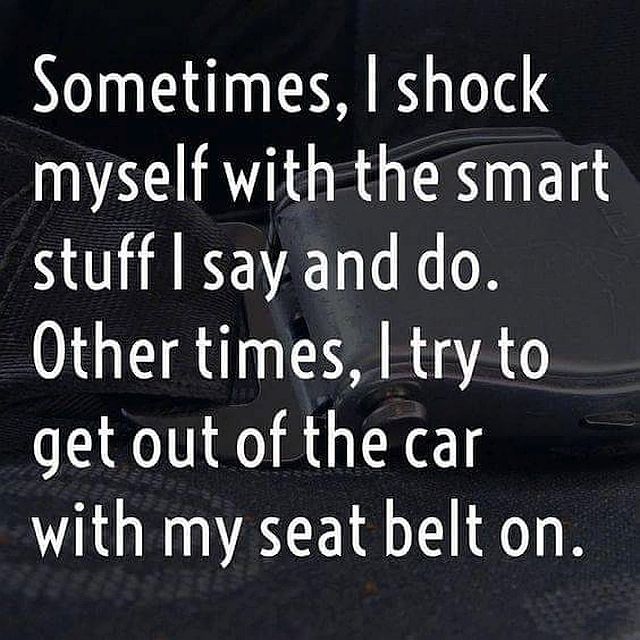 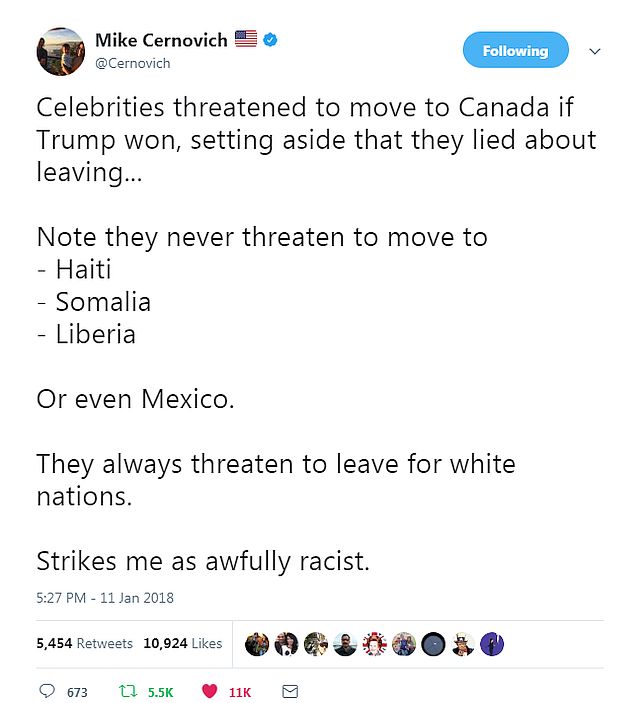 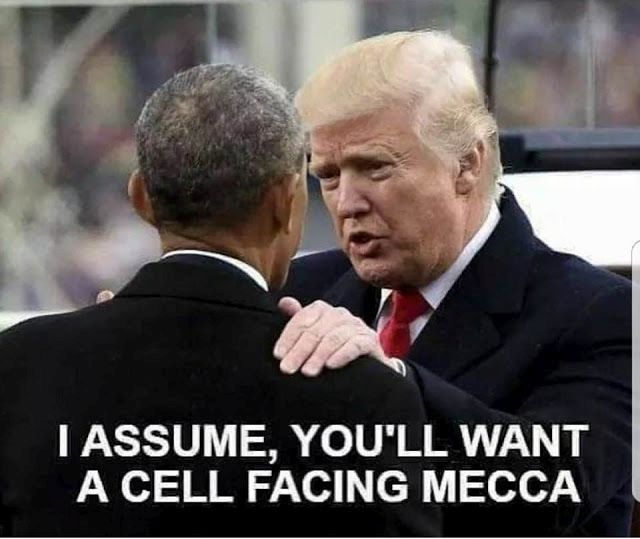 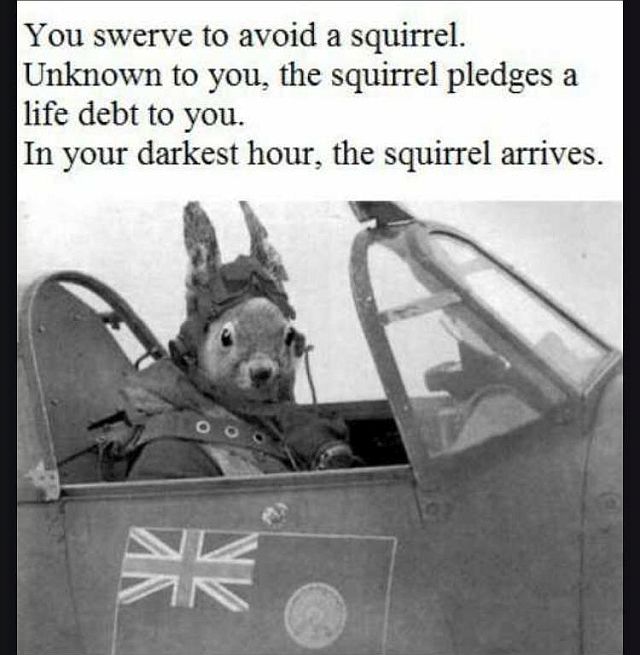 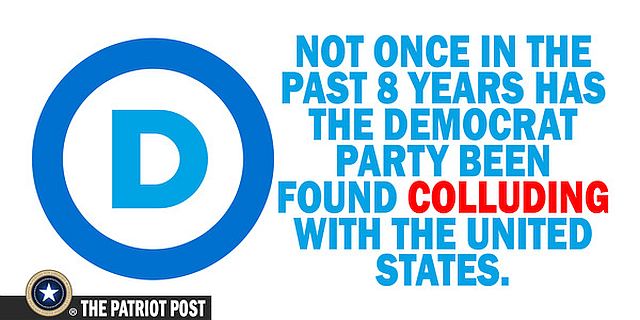 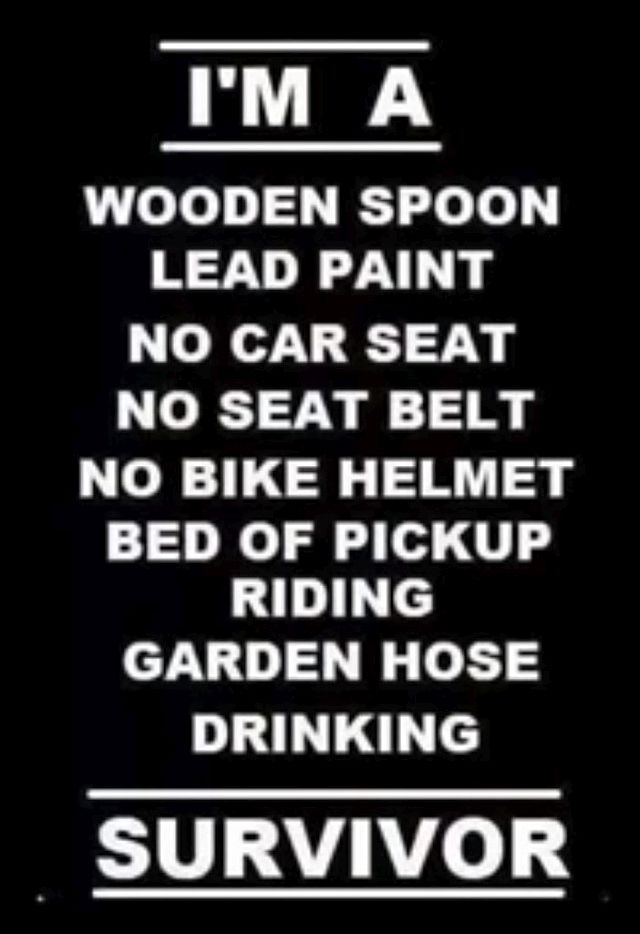 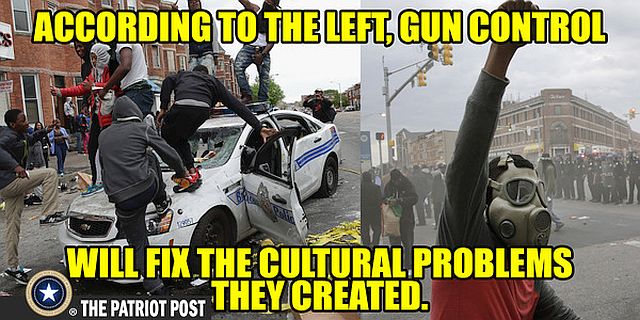 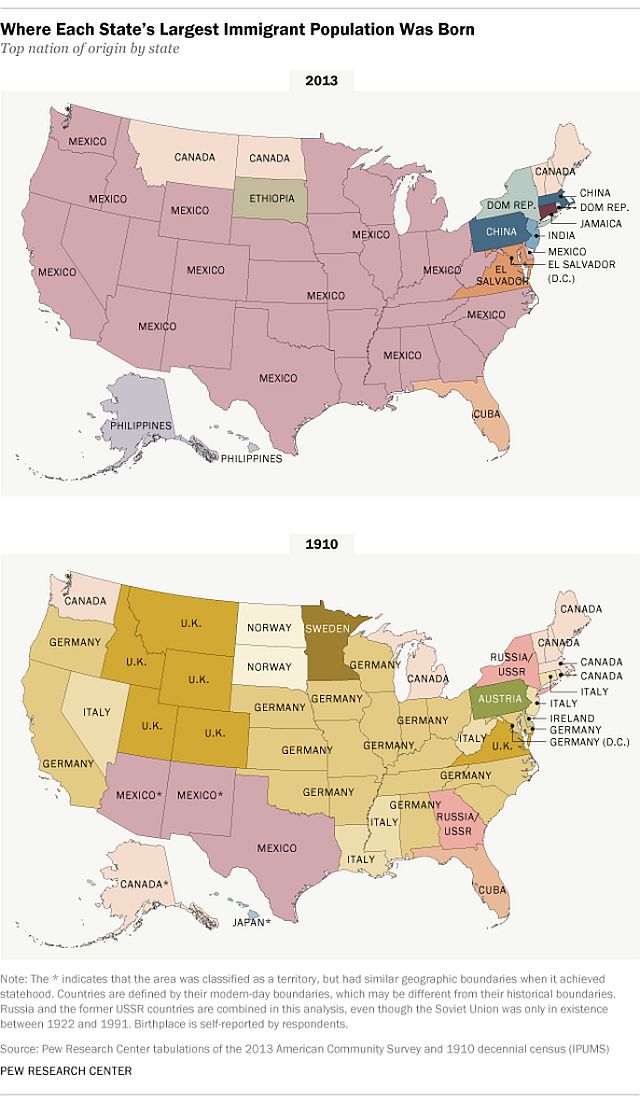 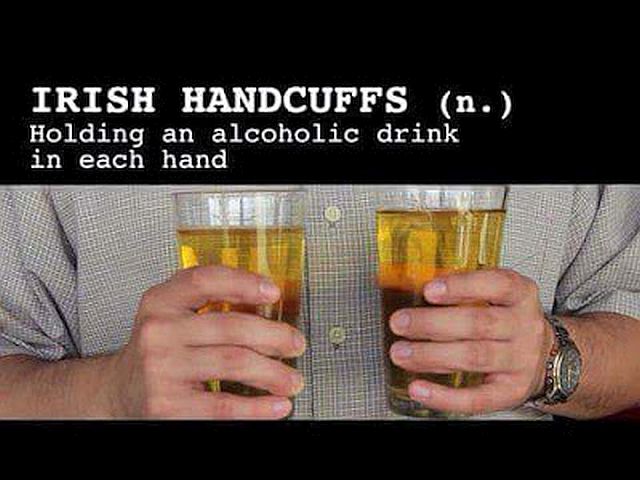 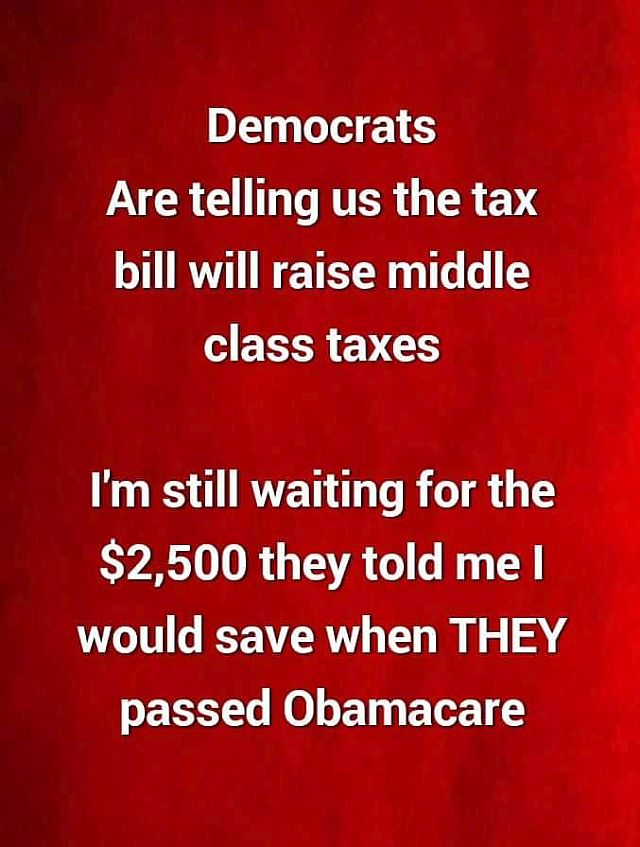 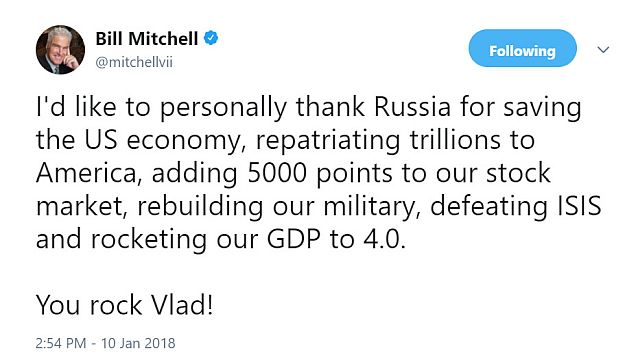 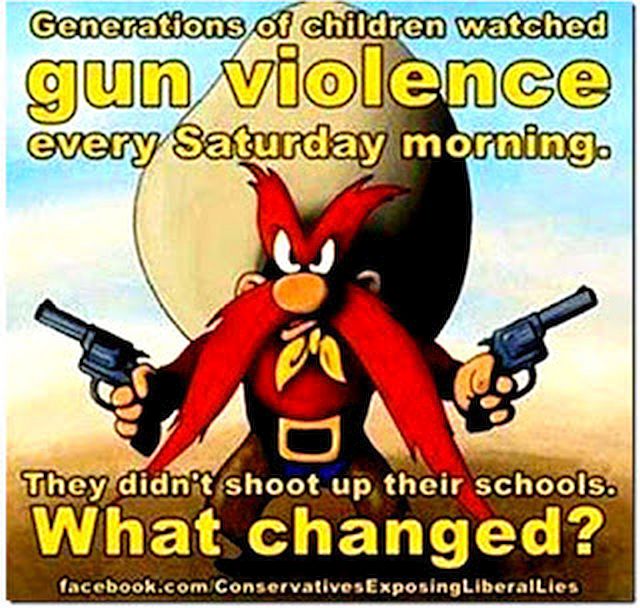 This week is the first of Jordan Peterson’s lectures analyzing the bible from his perspective as a thinker and psychotherapist.
The first, titled “Biblical Series I: Introduction to the Idea of God”, is an in-depth look at the stories of the bible with the objective of determining their psychological significance:

Spoiler alert!  Set aside enough time to watch the entire presentation.  Although Dr. Peterson struggles mightily to actually get to a point where he discusses Genesis, this lecture sets the stage for the beginning of that discussion in one and a half hours.  Then comes Genesis for the next hour, yes?
Actually, no.
More framework, more perspective, more “terms of engagement”.
Maybe next week the interpretation of Genesis begins.
Wonderful stuff!

Joe is finally back to normal.
He has a terrible time during February.
It is a no-win conundrum.
Either the weather will be cruel and relentless or Joe will live in constant nervous anticipation that the weather will be cruel and relentless.
Late Friday it started snowing.  The temperature plummeted to near double digits below.  It snowed all day Saturday.  It snowed some of Sunday.
Joe is smiling and laughing.
Being a man of action waiting patiently in acid stomach anticipation is not his forte.  February is always nasty sooner or later.
The shitty old mud month showed it’s cards.
To Hell with February.  You suck!
We can smell March, and it smells like Spring!

Joe (smiling) Mekanic
p.s.  Ramirez all round to celebrate! 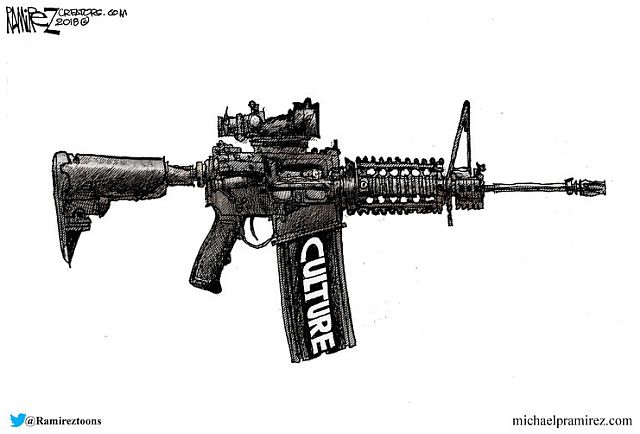 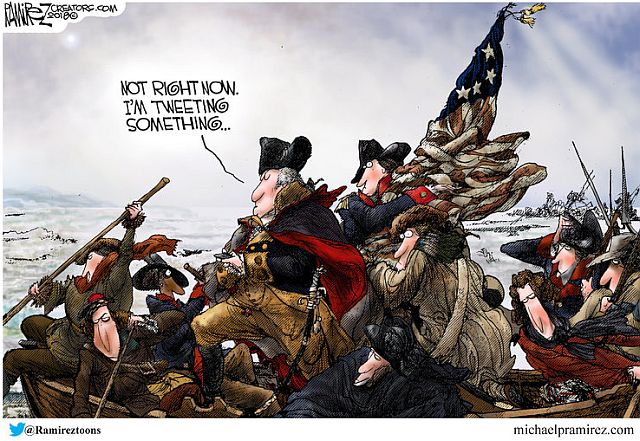 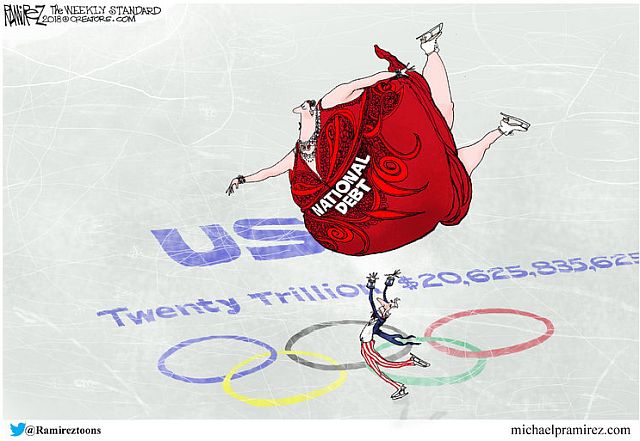 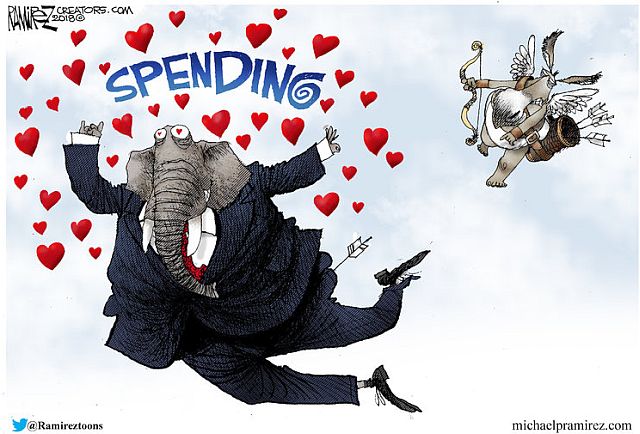 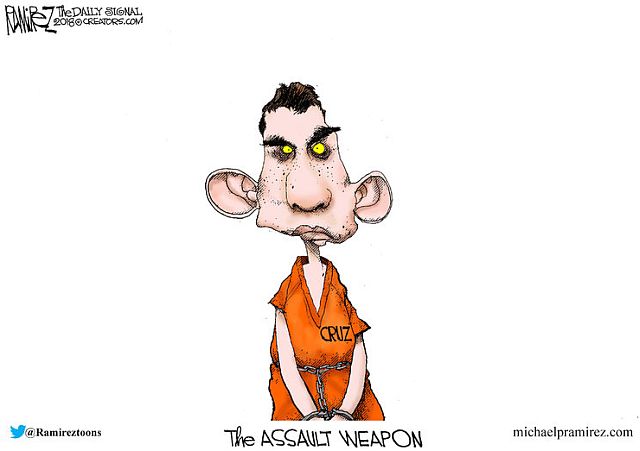 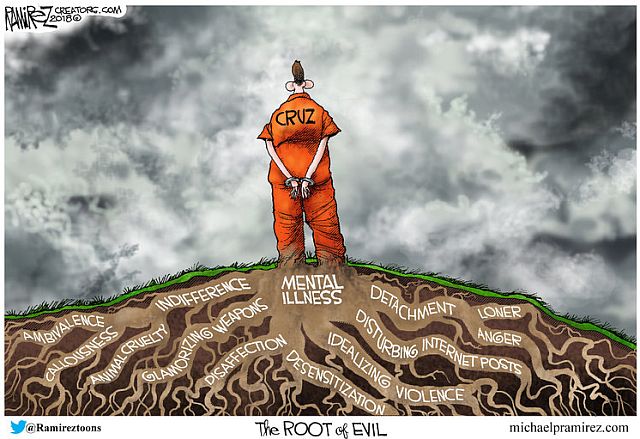