Joe’s Comment – I suppose it’s all in how you frame a question.  Ask poorly and you shall endlessly clarify.  Calvin and I are trapped in our self erected cages of reality with a crippling dearth of communication agility.
Maybe our questions aren’t that well expressed.
Or interesting…..

David Gilmour
Gads.
What spectacular guitar work.
Joe listens with his mouth agape.
I fidget, flustered and frustrated, wishing I’d learned to play guitar (knowing damn well I don’t have the discipline).  That’s how good we like it.
Imitation is a sincere form of flattery, although somewhat juvenile.
Damn!
If only we could imitate….
This beats all for us:

AI, AI, Ohhhhh!
Whenever Joe thinks about Artificial Intelligence, visions of Terminator™ dance in his head.  Joe starts humming one of his favorite songs –
“And on his farm he had a ‘bot, AI, AI, Ohhhhh!”
Whenever I think about Artificial Intelligence, I wonder what the hell the speaker or authority or researcher is talking about.
The way we see it?
Intelligence does not exist without cognizance.
Ergo, response and behaviour may be correct for a situation, but it may only be an approximation of an infinite iteration of “software”.
Monty Python’s Flying Circus’s “Universe” song from “The Meaning of Life” sums the bugger all perspective:

In the following 2017 TED presentation (Portland Main), Peter Haas details his fear of AI concepts based on his work in the industry.
Joe says the most terrifying assertion in his presentation is AI algorithms often make decisions that are NOT anticipated by their creators.  That means the code developers have no idea what the advanced algorithms are “thinking”.  Watch and ponder:

Not frightening enough?
Still think the human mind (maybe yours, eh?) will be in control?
Let us debunk that concept right pronto, amigos.
Jay Tuck makes a TED presentation (2017) titled “Artificial Intelligence: it will kill us” to disabuse you of incorrect assumption:

On the other side of the coin (or is it a coin (binary choice)? perhaps it is a continuum from infinitely bad to insanely and orgasmically good?) there be people like Maurice Conti, Chief Innovation Officer at Telefónica’s Alpha.
If we attached a characteristic to him it would be “futurist”.
The video below describes what Maurice calls the 5th age of humanity – from hunter gatherer (millions of years) to agriculturalist / agrarian age (thousands of years) to industrial age (hundreds of years) to information age (decades) to Augmented Age (it’s everywhere, it’s everywhere!).
The Augmented Age is the amalgam of AI (artificial intelligence), HI (human intelligence / cognition (i.e. technology), and nature (reality).
Joe and I give this presentation the “full attention” grade:

Prager U – Stephan Harper
Joe and I were very impressed when Stephen Harper was interviewed by Ben Shapiro.
We are again impressed with this Stephan Harper analysis of why Donald Trump won the 2016 election for President.
The ideas he states are also the theme of his book, “Right Here, Right Now“.
His coinage of the term “conservative populism” to describe a four point approach to resolving the needs of the “somewheres” warrants reflection:

Prager U – Brexit – Nigel Farage
Joe and I are pro Brexit.
We are pro nations.
In our not-so-humble estimation, a “Nation” is the natural progression: from individual – family – community – city – state , and finally, nation.
Here is Mr. Farage discussing the autonomy (or lack of) in the façade called “the European Union”:

Maxime Bernier
Joe and I are sad.
Maxime Bernier has created, not from whole cloth but via a long Conservative career, a “People’s Party of Canada” that by it’s very nature (free market, limited government, less regulation) is a challenge to the established Conservative Party.
Joe thinks that we are doomed to another Liberal party federal abortion with the immaculately coiffed Chief Rainbow Socks at the helm.
doG help us, every one.
doG help even those pure hearts who vote Liberal, for their emotional attachment to “what is just” and their toxic jealousy of the truly successful leads them to think that equal outcome trumps equal opportunity on every level.
We (Joe and I) are sad.
Not because Mr. Bernier is an opportunist.  In the following video with Dave Rubin interviewing Maxime Bernier, his position on world affairs, his weltanschauung and platform for Canadian prosperity is well conceived and reasonably communicated.
In heavily accented Anglais.
Two strikes.
One, challenging the established Conservative Party will split the conservative vote.  To think otherwise you might be a closet Liberal.
Two, Western Canada is not in favor of another French-Canadian federal politician, no matter how conservative.
Joe and I hope we are wrong.
Does that make us an incipient Pollyanna?
We have a somewhat H.L. Mencken perspective concerning our fellow citizens – 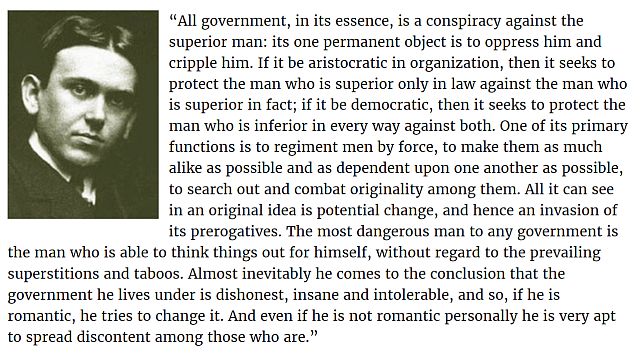 We believe there is a balance, but the balance by definition will not be fair to each and every citizen, denizen, subject, what have you.
A natural outcome of the human condition.
Quoting Thomas J. DiLorenzo (The Problem With Socialism), “The uniqueness of every human being – our different physical abilities, mental abilities and interests, different aptitudes, preferences ad infinitum – mean that we naturally tend to specialize in something, to focus on what we do best.”
Hence, in a neutral, benign and impotent system, the cream of the crop, the best of the best, the superb, the finest, those who are better and best will prevail.
Leaving the dregs of the crop, the worst of the worst, the mediocre, the coarse, those who are worse and worst to fail.  May mercy be shown to them.
And mercy will be, in a Western Judeo-Christian culture.
But we digress.
A balanced government allows the most gifted to flourish while not assuming the responsibility to provide for the least blessed among us.
That job is the natural responsibility of the family, the community, and the social compacts that have co-existed in our Judeo-Christian Western culture for centuries.
What our future fate will be is tenuous.
For more on that subject see the “Sunday Sermon” below the fold.
Joe and I will consider voting for Mr. Bernier, but we are NOT happy with the state of the conservative cause in dear old Canada:

Rex Murphy
A Canadian hero.
A presentation by Rex Murphy at the Vancouver Resource Investment Conference, January 20th, 2019.
Mr. Murphy is a national treasure and a true Canadian patriot:

Lauren Southern
Joe and I are fans of Lauren.
She and Faith Goldy are Canadian women who epitomize a unique sort of feminism.
Maybe a Canadian specialty.
She has been out of the news since her exposé of the atrocities in post apartheid South Africa.
Her published findings were not received charitably, for those truths she uncovered shamed the political elites in and outside the country.
Life goes on.
The following presentation is a culmination of her discoveries about the mass “migration” from Africa to Europe.
It is a mix of indignation about the leftist political bias of the European Union and empathy for certain of the “migrants”, an anger about the misguided “charity” and fear of the dark side, compassion with the many misguided “migrants” who bought a fantasy hook, line, and sinker, only to find that there is no way to return home, and no succor, no future, and the milk of human kindness will not flow from a “freshening”.
She continues her query to discover whom, precisely, is the mastermind of this colossal cluster fuck.  Who prospers?  Who benefits?
She knows plenty.
There is a documentary in the works: “Borderless“.  Check out the link.
If you have the fiscal wherewithal, please support her project.
Listen if you will:

Cure for Cancer
Joe and I read with admiration and gratitude that an Israeli group believes to have found a process to eliminate (cure) cancer.
You can read about it here.
The heading on the article reads
“We believe we will offer in a year’s time a complete cure for cancer.”
They call their technology MuTaTo (Multi Target Toxin), which is roughly equivalent to a cancer antitoxin.
From the article –
“The potentially game-changing anti-cancer drug is based on SoAP technology, which belongs to the phage display group of technologies. It involves the introduction of DNA coding for a protein, such as an antibody, into a bacteriophage – a virus that infects bacteria. That protein is then displayed on the surface of the phage. Researchers can use these protein-displaying phages to screen for interactions with other proteins, DNA sequences and small molecules.”
Needless for Joe and me to say, this is biochemistry orders of magnitude beyond our ken.
However, much like a TV set or a computer or a cell phone, you won’t have to know how it works to reap the benefit.
While the rest of the Middle East is at each other’s throat, Israel time and again proves that they are hanging 10 in the surfing contest called technology.
Joe and I have lost interest in travel.
At one time we wanted to “see the world”.
More specifically, we wanted to see the wonders created by the human mind over the centuries.  The pyramids.  The museums and galleries of Europe.  The technological miracles of the West.
With the Internet we can see all (thank you, Miss E. Thrasher).
Joe says if we were younger we’d move to Israel and join the movement. 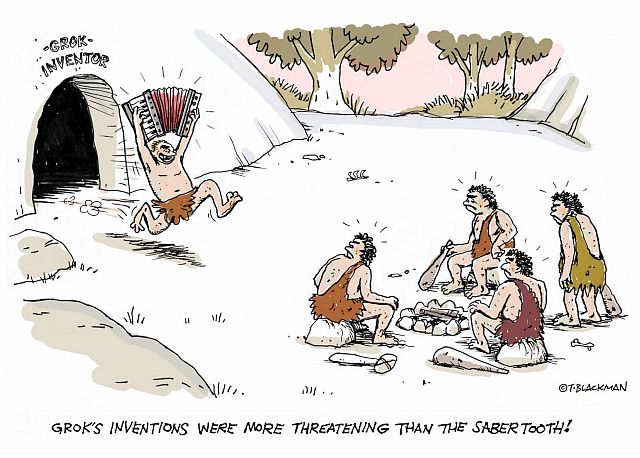 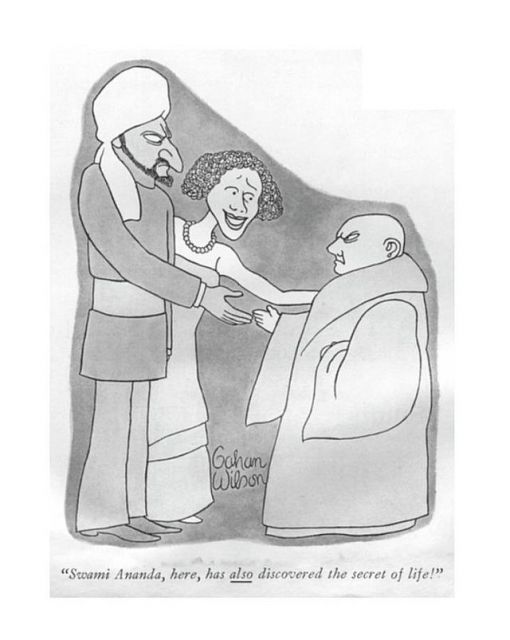 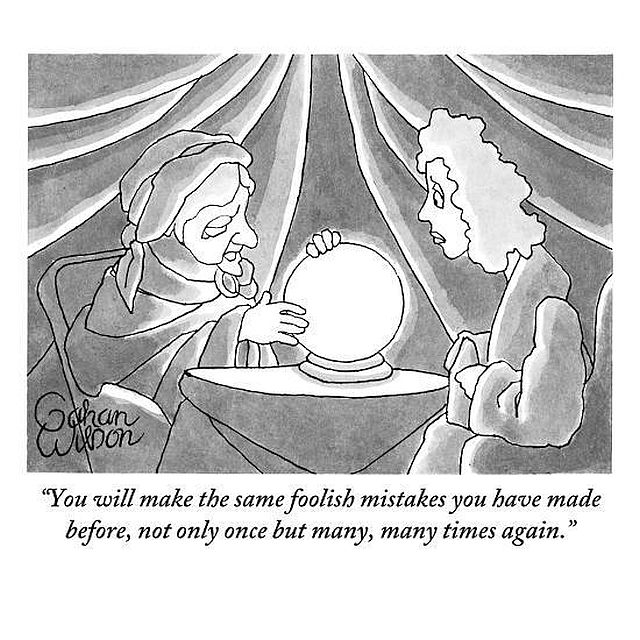 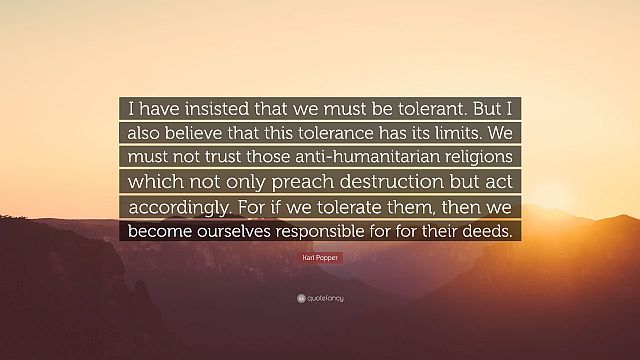 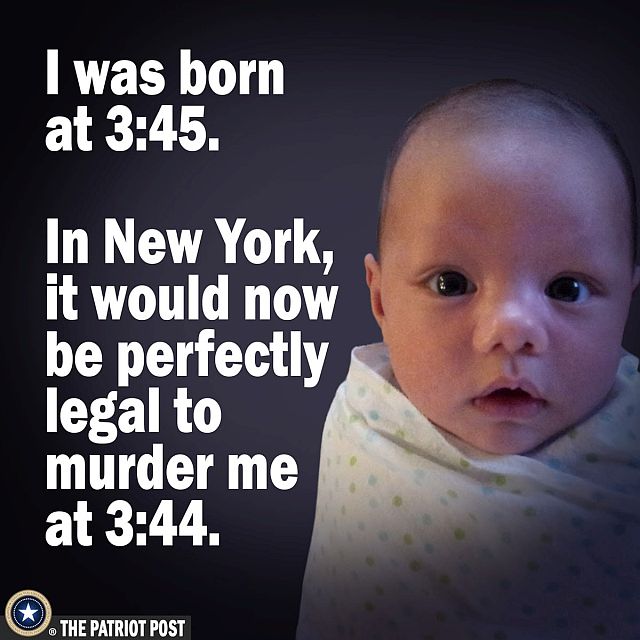 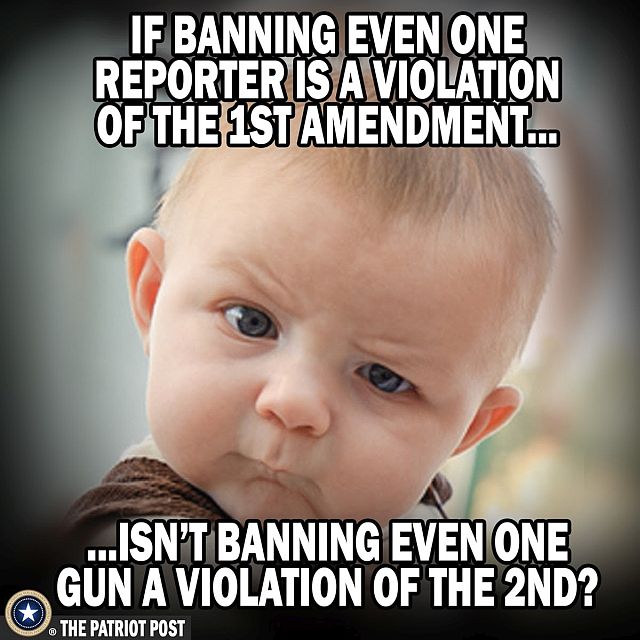 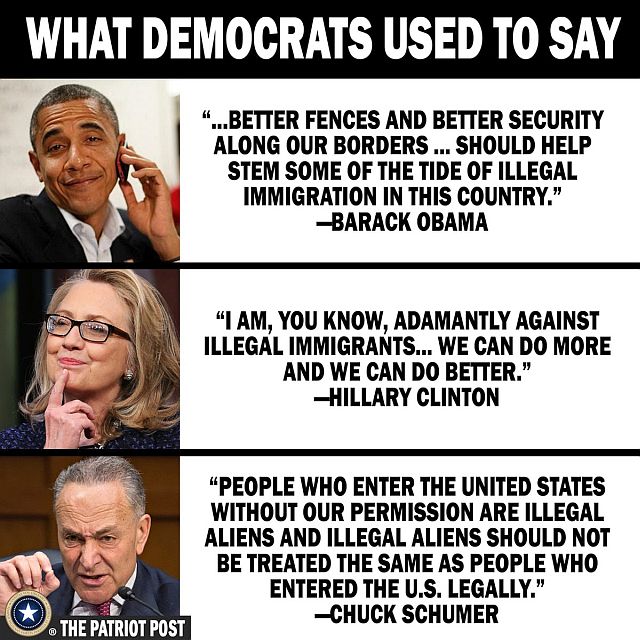 Our humble pulpit is honored this rant by the presence of Dr. Helmuth Nyborg, presented in conversation with Stefan Molyneaux.
Mark Twain (Samuel Clements) is credited with the coinage “there are three kinds of lies: lies, damned lies, and statistics“.
With which Joe, I, and every rational, cognizant person with an IQ hovering at or above 100 would get behind and support.
With an important caveat…..
Joe says it is a real bugger to believe statistics without knowing the Five W’s and H of the process of creating the statistic in question.
After years of watching Main Stream Media©, I agree that a person might be a maroon if they did not (political correctness disallows me (but not Joe) from saying moron, idiot, and imbecile for you may hurt the feelings♥ of a moron, idiot, or imbecile) (which is quite moronic, idiotic, or imbecilic, as appropriate).
Mark Twain (Samuel Clements) thought about that, too, and this is what he said: “Data is like garbage.  You’d better know what you are going to do with it before you collect it“.
Joe and I listened to Dr. Nyborg carefully.
After this discussion with Stefan Molyneaux, we listened and read what we could find on YoubeTube / the Internet regarding Dr. Nyborg and his very large volume of peer reviewed work.  We will purchase some of his books in English translation.
Joe says the man is a scientist.
His data and analysis follow the accepted methodology of data collection and statistical analysis.
The critiques we found on line did NOT refute his claims.  Conversely, the critics offering the critiques exhibited evidence that they were not knowledgeable or informed, or perhaps were maroons (see above).
An emotional wish is not an argument.
A chilling supposition voiced by Dr. Nyborg suggested that a Western “democratic” form of government is unsustainable with a citizenry of average IQ much below 100 (the influx of low(er) IQ individuals in large numbers is danger for a functioning “democratic” society – below 95 average is the edge of dysfunction).
Very sobering concepts in this excellent exchange:

Ah ha!
Joe was right.
Saturday, the first of February, had me thinking Joe was more full of it than usual.
After all, on Saturday the ground was soft and wet, the snow melting, the gentle breeze sublimating the white crystals into vapor.
Bam!
Sunday morning it was -15°C, with a brisk wind out of the north.
That damn Joe.
Wish he’d keep his thoughts to himself.
Only 57 days to April 1st. 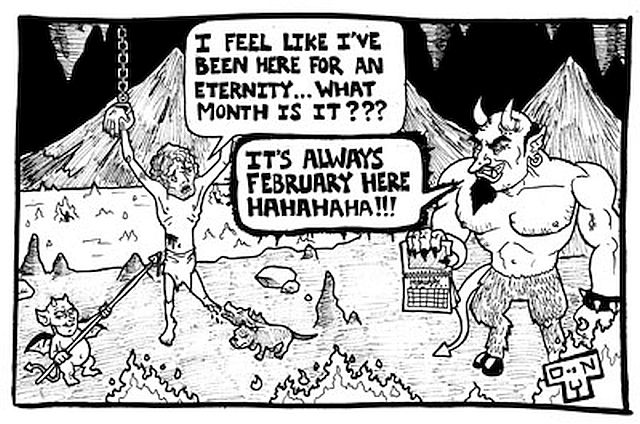 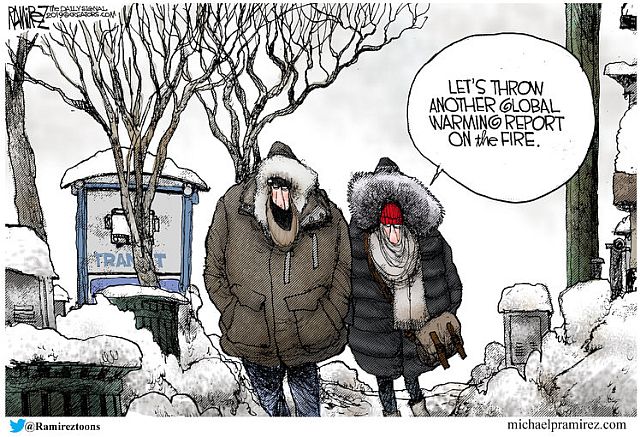 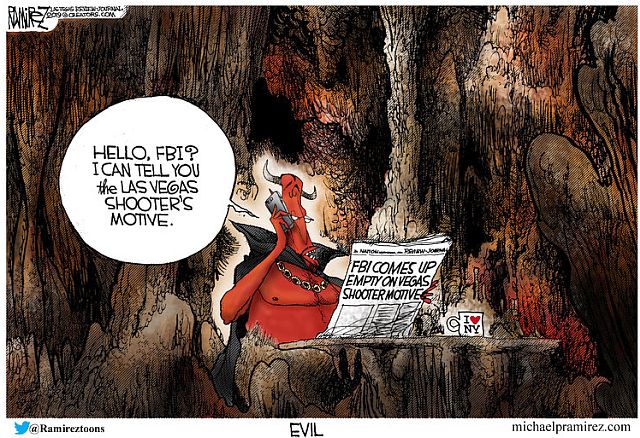 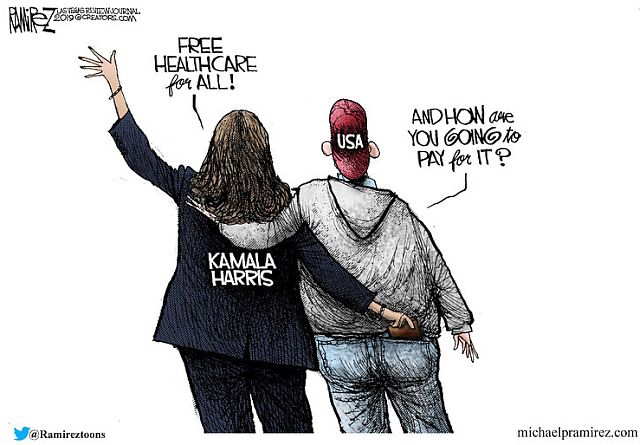