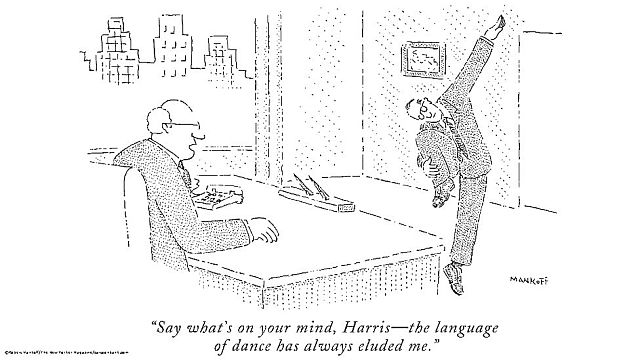 Joe’s Comment – The cartoons of Bob Mankoff graced the pages of The New Yorker magazine for 20 years.  I love them!
This one reminds me of the wise advice of Jordan Peterson to master the language you speak.
I have much in common with Harry Haller (Steppenwolf).
My history of misinterpreting people is legendary and lengthy.

Run Like Hell
And why not?
If there is better guitar-ing than this please send it along to Joe Mekanic.
Joe will promptly explain why you are wrong:

Warning to 2019:
Better stand back.
Joe and I swear if 2019 ever hints to us that we must run slower, weaker, shorter, blasé-er, we will trample this year like a rampaging elephant herd running amok in a village of earthen-floored stick shacks populated by terror stricken wide-eyed dirt people .
We ain’t kiddin’.
Damn the torpedoes.
Get out of the way.
Full speed ahead!

Marijuana Truths
Joe and I do not imbibe (consume, smoke, ingest, rub or roll in) the dreaded Mary Jane.
Not to say we haven’t a history.
Our fondness for “a few beers” was and is much preferable in terms or relaxation.
Over the years we have read about the dangers of THC consumption.
Most users we encounter now (and in the past) seem mild-mannered and harmless, although the pungent rank smell about those who toke is odious.
Imagine our surprise to learn marijuana use in schizophrenic individuals has a high incidence of violent behaviour.  The numbers of schizophrenic homicide perpetrators has an anomalous over representation if they are cannabis aficionados.
Data from countries, states, provinces, and cities is accumulating.
Seems “weed” is not the harmless miracle substance the Left and the marijuana advocates browbeat you to believe.
A recent article by Alex Berenson in Imprimis  (monthly free speech digest published by Hillsdale College) titled “Marijuana, Mental Illness, and Violence” is an overview of the historical and current evidence about the use of MJ.
Joe and I were startled by this quote from the article –
…..”But a mountain of peer-reviewed research in top medical journals shows that marijuana can cause or worsen severe mental illness, especially psychosis, the medical term for a break from reality. Teenagers who smoke marijuana regularly are about three times as likely to develop schizophrenia, the most devastating psychotic disorder.”
The following paragraphs shocked us further –
…..”A Swiss study of 265 psychotic patients published in Frontiers of Forensic Psychiatry last June (2018) found that over a three-year period, young men with psychosis who used cannabis had a 50 percent chance of becoming violent. That risk was four times higher than for those with psychosis who didn’t use, even after adjusting for factors such as alcohol use. Other researchers have produced similar findings. A 2013 paper in an Italian psychiatric journal examined almost 1,600 psychiatric patients in southern Italy and found that cannabis use was associated with a ten-fold increase in violence.
The most obvious way that cannabis fuels violence in psychotic people is through its tendency to cause paranoia—something even cannabis advocates acknowledge the drug can cause. The risk is so obvious that users joke about it and dispensaries advertise certain strains as less likely to induce paranoia. And for people with psychotic disorders, paranoia can fuel extreme violence. A 2007 paper in the Medical Journal of Australia on 88 defendants who had committed homicide during psychotic episodes found that most believed they were in danger from the victim, and almost two-thirds reported misusing cannabis—more than alcohol and amphetamines combined.”
Joe and I already knew of research that associated use by teenage children with IQ damage – 10 to 15 lovely wonderful much desired points taken away – is too much for an approval from Joe and me.
That, coupled with the risk identified for mentally ill people, paints a much different picture than what the media and government legislation purport.
An interesting TED presentation by Daniel Amen (2013) who has specialized in a brain scan technology called SPECT (Single-Photon Emission Computed Tomography) is very illuminating, if highly criticized by some :

Although Dr. Amen is shilling in the above TED presentation, with regards to our rant about marijuana (which substance has been “legalized” in Canada for various uses), from the above video we captured this tomographic image – 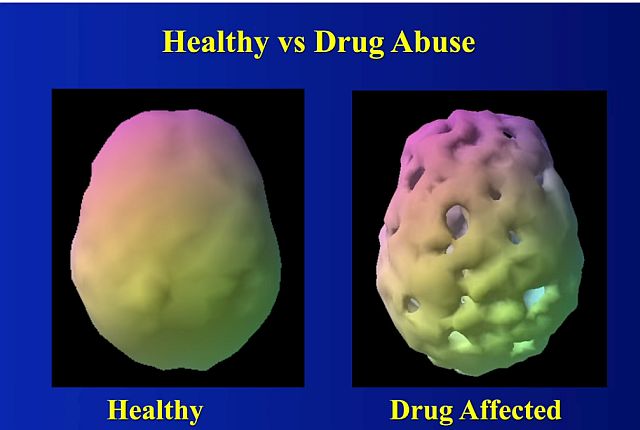 The common homily is “a picture is worth a thousand words”.
This particular picture is worth a thousand words warning about drug use and abuse.
We are assuming (of course!) that a healthy brain is preferable.
Joe and I are jealously protective of what few IQ points we have.
And….. we’re not so sure of our mental health.
As with the homily about horses and water, you can lead Joe and me to dope, but you can’t make us use it.
This is in concert with our (theoretical) Libertarianism.
We’ve seen all good people (aka YES) through our eyes.
Do what you want with your you, you crazy diamond.
We may not approve.
Indeed, we may voice concern or objection.
But we won’t stand in your way.
Joe and I have our own path to follow:

Or, said another way, (YES again), from their song “Leave It”, stealing the first stanza –
“I can feel no sense of measure
No illusions as we take
Refuge in young man’s pleasure
Breaking down the dreams we make
Real”     (Song here)
To Joe and I the sum of these thoughts is equal to this incredible cartoon graphic from German super cartoonist (and philosopher) Martin Perscheid – 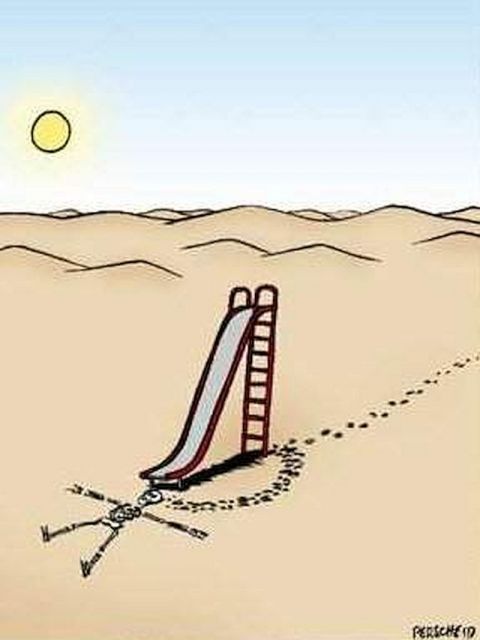 Be sure to enjoy yourself on your path through life.
Be assured pleasure has it’s penalties.
Life is fraught with danger and peril.
Keep focused on the goal.
Your goal.
Don’t be a YOLO fool.  (You Only Live Once).
YOLO a philosophy guaranteed to deliver as advertised. 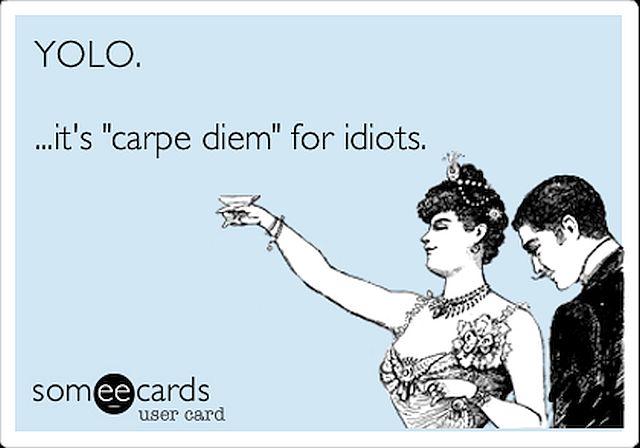 New York, New York
Sadly, so sadly, Joe and I read about laws passed legalizing 3rd term abortion in the state of New York.
New York and Canadian abortion law are now equivalent.
The state is complicit in murder.
And proud of it.
State sponsored abortion on demand is an abomination. 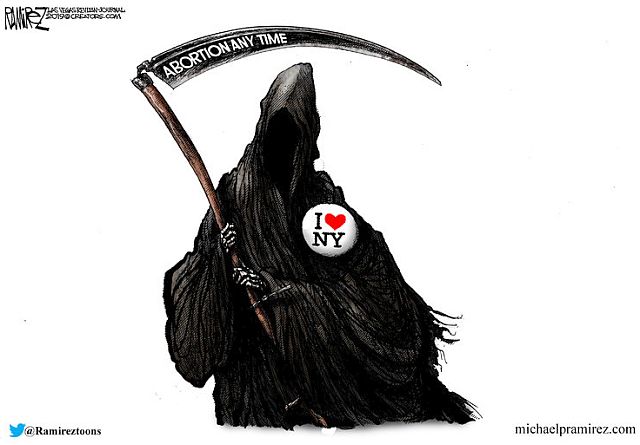 A child is NOT “a collection of cells”, a parasitic growth, a health risk.
A child is a new person, a unique human being, who just happens to be conceived and nurtured in a mammalian manner.  The mother is the host.  Hopefully a gracious loving host.
Joe thinks the modern feminist movement uses the abortion “right” to hold hostage half of humanity.
Here is Jason Siler of Blue Collar Logic to deliver his perspective:

John Stossel
In the U.S. of A. parents choose a school for their children (in some states).
Why you might ask, some, not all states?
That is an interesting question Spanky!
It has a little bit to do with politics and a lot to do with the First Amendment.
Or is it the other way-round…..
This short video by John Stossel illustrates, via interviews with young students, how the education they are receiving is biased.
Biased from and by exclusion of fact.
Exclusion of “the rest of the story”, specifically information about the economic system which has made the Western countries, especially the United States, the wealthiest in the history of world nations.
John Stossel is a dyed-in-the-wool Libertarian.
As such he could not know this situation without offering a solution.
Libertarians are that way.
Here is Mr. Stossel’s offer to solve American schoolroom bias:

A companion Stossel video which expounds on the true nature of enemies of capitalism.
Two of which are government employees in cahoots with capitalists who manipulate the system to create or protect monopolies:

Intellectual Froglegs
Joe Dan Gorman has not released a video since November.
Joe and I have been suffering withdrawal.
A month without Intellectual Froglegs is a less than perfect collection of days.
Some changes have occurred, some events have transpired, some recognitions have been honored.
As noted at his website, the forces of the progressive moguls at YoubeTube and Vimeo are relieved of duty – Mr. Gorman has forsaken any relationship of note.
Here’s the latest update titled “Democrats on a Bus“:

Note: The above link is NOT YoubeTube or Vimeo and as such doesn’t embed a video frame in the text.
Joe is working on how to fix that.
Stay tuned.

Paul Joseph Watson
Joe and I think a weekly exposure to the rantings of PJW is just what the patient requires.
Mr. Watson reviews “modern art” in a most ruthless and ascorbic style:

Alzheimer’s (something something…. I forget)
How about a cure for Alzheimer’s right there in your mouth?
Read this.
Then go brush your teeth and inspect your gums.
You are welcome. 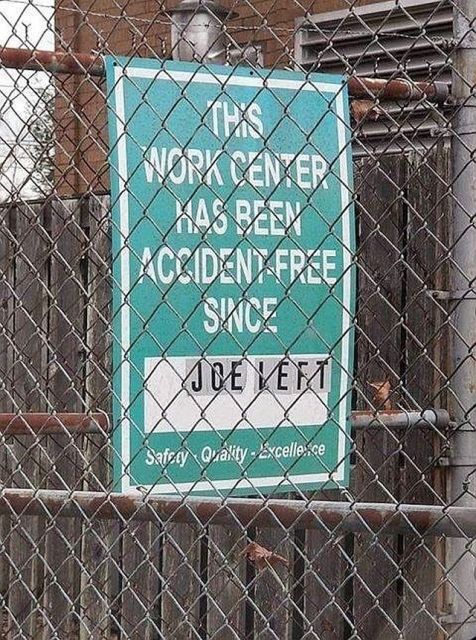 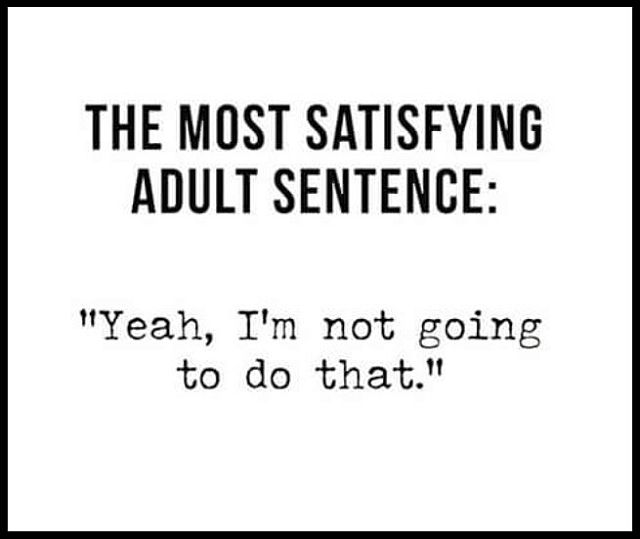 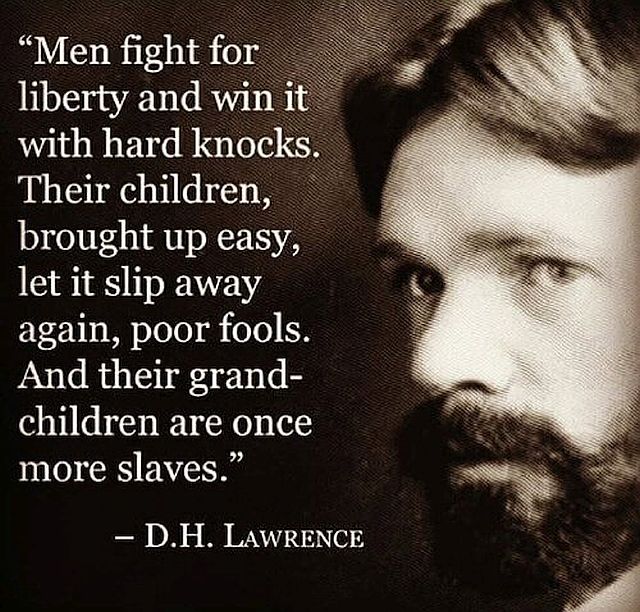 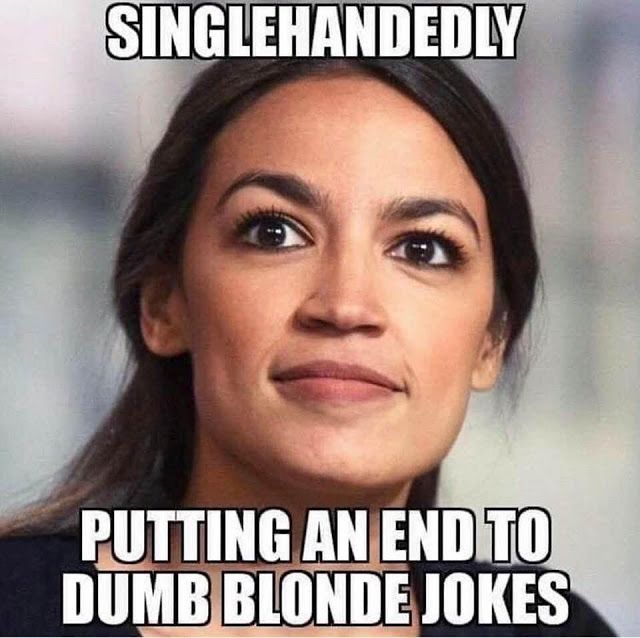 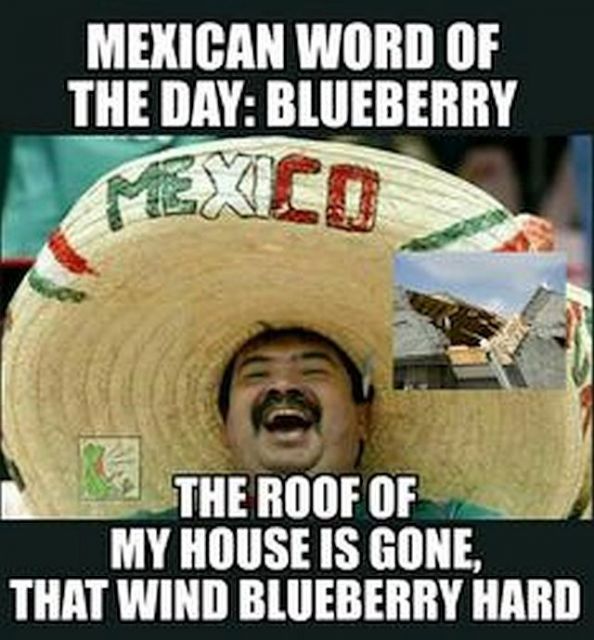 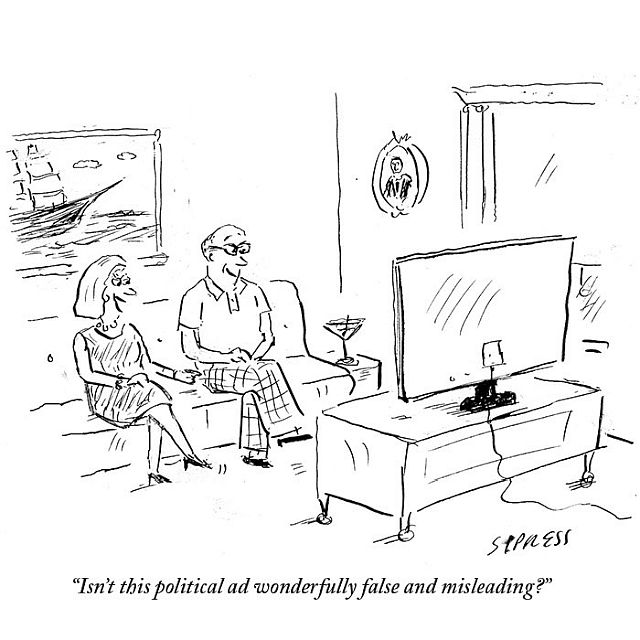 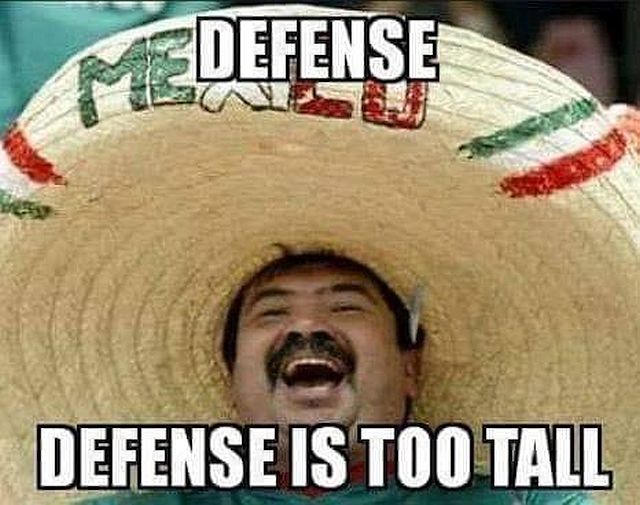 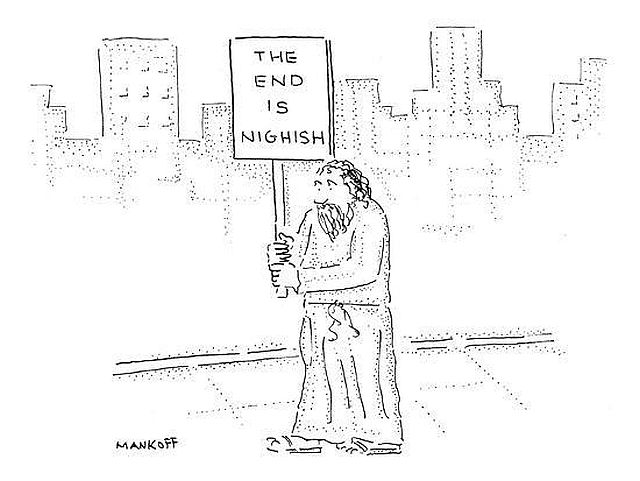 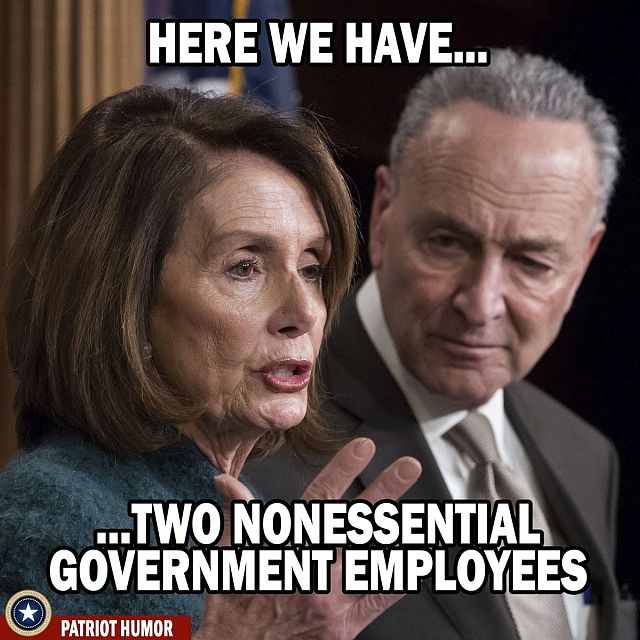 An interesting presentation from Professor Richard Lynn.
Notice the link we provided doesn’t include the word “Professor”?
That is because his professorship was stripped from him due to the nature of his studies on IQ and race, and more recently his studies on eugenics and dysgenics.
These topics are volatile socially and culturally: they are condemned politically.
Joe and I include this lecture by Professor Lynn for many reasons, paramount of these a clear definition of dysgenics, and a distinction between “good” and “bad” eugenics.
We have made our argument in previous rants regarding “GMOs”, or genetically modified organisms.  We believe that mankind has been involved in selective breeding of plants and animals (and humans too) for as long as the concept was first grasped.
Although the Chicken Little progressives are squawking foul and denying his well documented research, this video will open a door for you (dear reader) to enter, or not.
You choose:

Joe and I know one thing for certain.
The smartest gaggle on earth know these facts and do NOT have a so-called “Democracy™”.
We also know that they have no throttle control that we in the civilized West call “moral decency”.
They are engaged in this science.
Joe and I also know that there are people in the West who are just as smart as the “East Asians”, just as lacking in so-called “moral decency”, and probably much better funded.
This century will be a barn burner.
If Joe and I play our health card hand correctly, we may get to see half of it.

This week in Vernon BC is a continuation of an exceptionally mild winter season with a small (in town) snow pack (so far).
How mild ya say?
Joe and I remember a winter back in the late ’70’s when we purchased a motorcycle on the 3rd of January and rode it until our birthday (International Women’s Day) before snow and cold stopped us.  This year is similar.
How mild ya say?
Our Fortis natural gas bill was a pleasant surprise – 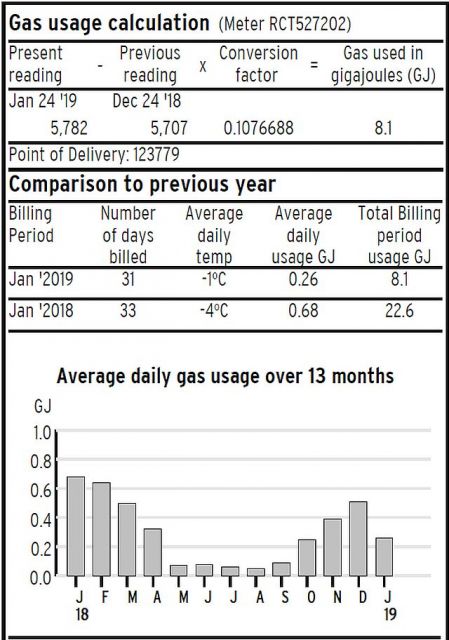 As indicated on the comparison portion of the bill, this year was approximately ⅓ of last year’s consumption.
How mild was that?
We savin’ cash, that’s how!
Joe has his fingers crossed about that harridan bitch Valkyrie coming soon.
Otherwise known as Febrrrrrruary.
Only 64 days to April 1st. 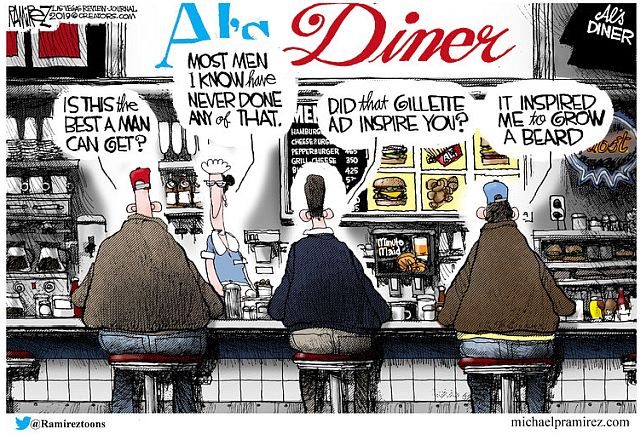 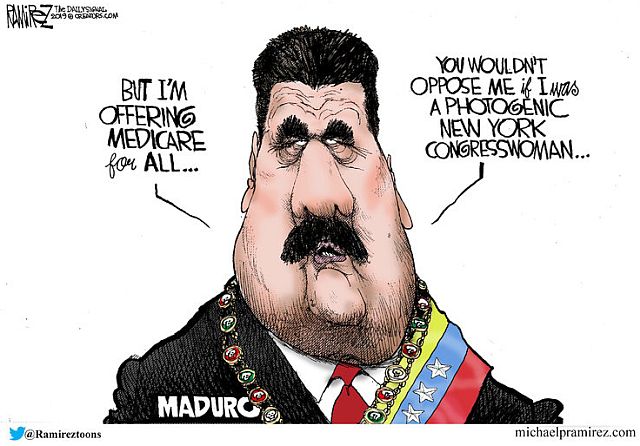 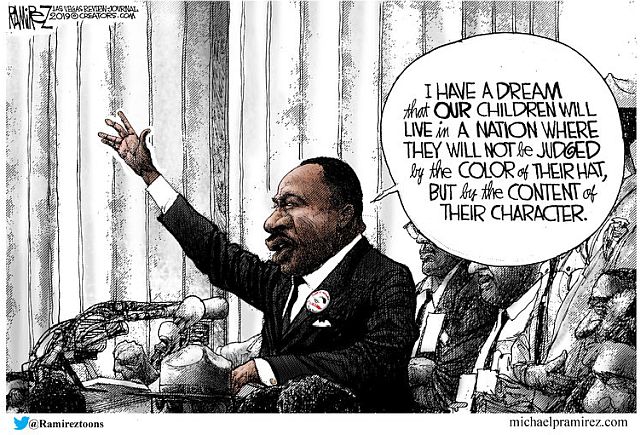 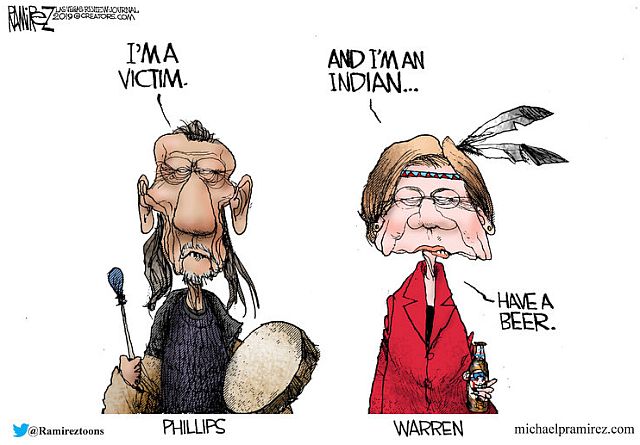 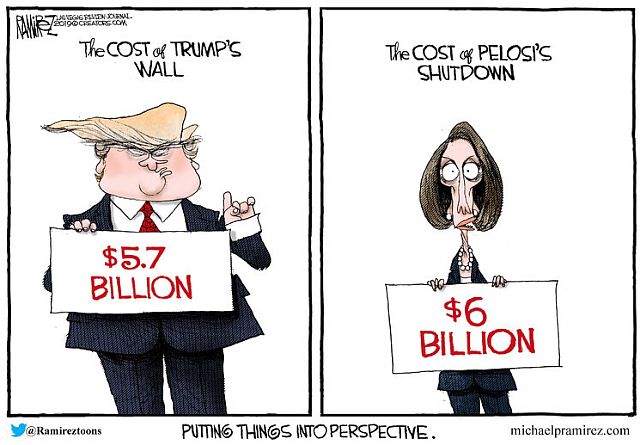 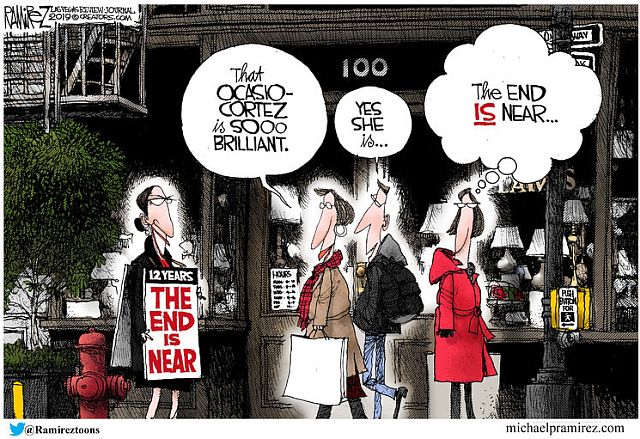