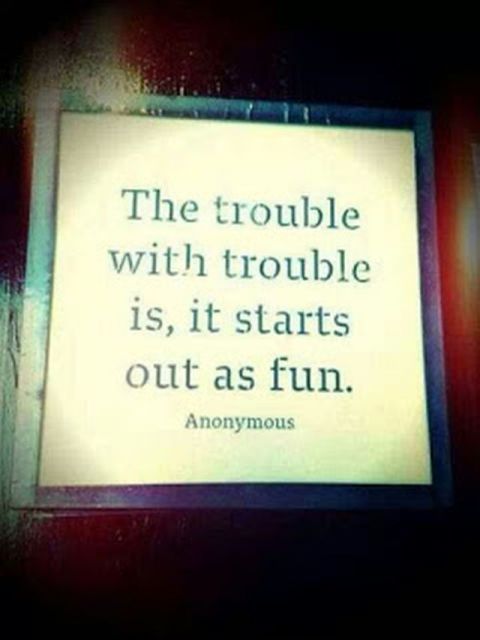 Joe’s Comment – the above Anonymous quote must be generic, as it or variants of it have been part of the lexicon all my life.  The key is to define “trouble”.  My sliding definition ranges from “total chaos” to “unforeseen annoyance”.   The antidote is wide and deep risk management.  An image sprang to mind – a bungee jump we saw on YoubeTube where the bungee broke and the unfortunate thrill seeker plunged to their death.  A memory came to mind as well – in the days of our youth we worked at the Calgary Stampede one summer.  We remember a girl thrown off a carousel ride into machinery – she lost an arm.  Another Stampede memory is of my young brother, not much more than a toddler, in the little boats going around in a circle.  The boats stopped.  He stood up.  The boats started.  He fell into the water.  Dad jumped over the barrier fence into the boat pond to retrieve my terrified brother.  When he grabbed the fence to get out of the water, he receive an electric shock that paralyzed him and he dropped my brother.
Damn close to loosing them both over a ride put together by toothless tattooed low-lifes (my opinion at the time – not much changed today).  Needless to say we never went on a ride since.
You won’t catch me seeking thrills where my physical being is beyond my personal control.  I can get my adrenaline flowing plenty good just by imagining….

QEII
Queen Elizabeth II was 23 years old the year Joe and I were born.
She was an English beauty, no lie.
This year she will be 94, doG willing (and the creek don’t rise).
We stumbled into this amazing video – some sharp tack used a “metamorphosis” program to morph pictures of The Queen from an infant to her present day self.
In light of the absolute madness happening in the U.S. congress (the congress writes the law; if you are a majority party, consensus can rule – the “Dark Side™” of democracy), the general tenor of slightly off balance sanity in the Western world, and the complete madness found in the many tyrannical, dictatorial, theocratic, and/or corrupt nation-states: some stability, some tradition, some continuity would be appreciated.
And here we have it.
The longest reigning monarch in the history of the Western nations.
A woman who was NOT destined to be Queen: her uncle abdicated in order to marry a commoner (shades of today’s Harry and Meghan).
Queen by chance.
What a wonderful chance it has been.
Joe and I are happy we grow old with QEII for we have never been called to war or been impoverished (outside of poor choices we made) or went to bed hungry.
How much of that is QEII or The Commonwealth, or English Common Law, or the English Speaking Peoples we will never know, nor do we care to know.
We’re willing to give her (and all the monarchy entails) full credit:

Q
Joe and I have been aware of “Q” as an entity for better than a year.
The criptic messaging and early warnings and record of reporting facts has spread throughout the world.
So what is “Q“?
The link is an introduction.
Here is a series of video presentations that tackle “Who Is Q?”:

“Q” as identified by the above nom de plume “PrayingMedic” is a small group of individuals with very close ties to President Trump and his administration.
Joe and I don’t know much about this entire concept, but what we do know is a Google search is heavily biased toward those links that accuse Q of conspiracy and lunacy, not necessarily in that order.
Joe says that is a tell (à la poker).
Q is therefore worthy of our attention.
Here are some links to “Q” posts, histories, collections, discussions, in no particular order.  Joe and I will be exploring further –
–  https://qanon.pub/
–  https://8kun.top/qrnews/index.html
–  https://qposts.online/
–  https://qmap.pub/
–  https://qntmpkts.keybase.pub/
These all were found via the above video (which is over a year old).
More research will be followed by an update some time in da fucha.

Jericho Greene
Joe and I get a kick from Mr. Greene’s rants.
This one is specially outrageous because he criticizes Little Gay (Chief Rainbow Socks).  Any time Canada’s PM gets berated Joe smiles.
Joe and I cringe that the Canadian leader (and by proxy the Canadian People) would blame America for Iran being so panicked they shot down an Ukranian civilian airliner flying out of Tehran en route to a civilian destination.
And why were they hysterical?
They (once again, ad nauseum) were caught poking the bear to see what they could see.
And they blinked.
Enjoy Jericho’s expletive-laced monologue that demeans our fearless bearded leader.
So refreshing!:

Blue Collar Logic
Joe says Jason Siler of Blue Collar Logic trusts his “lying eyes” more than the copious quantity of bovine excrement that passes for “news” being spread by the Main Stream Mediocrity.
Jason couches his argument about freedom by contrasting the stated ideology of modern feminism with the actual deeds performed on behalf of that “ideology” by its acolytes and sycophants.
Joe says the facts that accompany “breaking news” are like contrails and vortices and turbulence left behind a heavy aircraft’s wings.
Will you see “news” about this top Iranian athlete defecting?
Sorry, the accepted story is “Orange Man Bad”.
Ergo, all that reflects positively on the POTUS is verboten to disseminate.
You will see no news about tens of thousands of Iranians risking their lives to protest the tyrannical religious autocracy squelching their desire to live free.
You will see no news about hundreds of thousands in Hong Kong risking their lives by protesting against the CCP, by demanding liberty, by demanding the freedom to determine their own destiny.
Ergo, any accomplishment, any truly astounding news (such as signing a trade deal with China where the Chinaman is locked into a “tariff for honesty”, or signing the new USMCA) is buried or not reported at all.
This suggests to Joe and I that a “free Internet” is a vital tool in bringing truth and facts to the “great unwashed”.
That would be we, the Dirt People.
Anyone with a cellular phone or a digital camera can, by accessing the Internet, deliver the contrails of fact and truth that precipitate from large events:

Kevin O’Leary
Once again Joe and I find ourselves agreeing with Mr. O’Leary.
To summarize, American forces in Iraq end the career of a vexing Iranian state sponsored terrorist (with a long career of terror), an action taken by the U.S. of A. to stem escalating, aggressive terrorist activities planned, directed, and implemented by this man.
The Iranians retaliate by willy-nilly firing expensive missiles in the general direction of American bases in Iraq.  Reminiscent of a certain Monty Python sketch (i.e. the concept of non-specifically vectored flatulence).
Then, fearing American retaliation or escalation, in a moment of panic or misdirection or ineptitude, in their own country of Iran at the capital city of Tehran, the Iranian military shoots down a Ukrainian civilian airliner.
Who to blame?  Runny poop down somebody’s leg for sure.
At first, denial.
Next, an attempt to “disappear” the remains of the crash.
Then, scapegoating some one or more minions.
Finally, begrudging admission, weak apology, sound of crickets.
The uproar around the world was binary – condemn America or admonish Iran.
Our very own beloved Chief Rainbow Socks put another of his seemingly infinite number of feet in his mouth.
Little Gay seems to think our American brothers are more than obliquely implicated in causing the tragedy.
Really?
Once again the Prince of Pretend uses illogic to further exacerbate an already tenuous relationship.
Mr. O’Leary continues critiquing Mr. Happy Pants in his unique style.
As Mr. O’Leary states, “Justin Trudeau is the gift that just keeps on giving,” O’Leary told Kitco News. “I’m sure that taking your largest trading partner and saying something like that to them wasn’t well thought out.”
Joe says the bonus is looking at and listening to Daniela Cambone field a question or two: 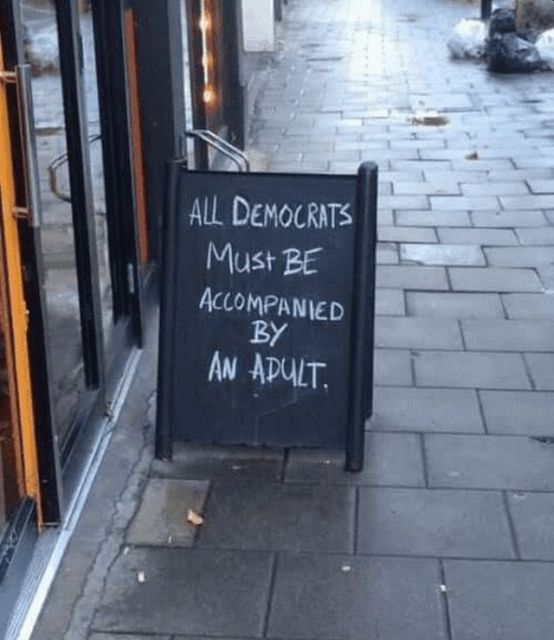 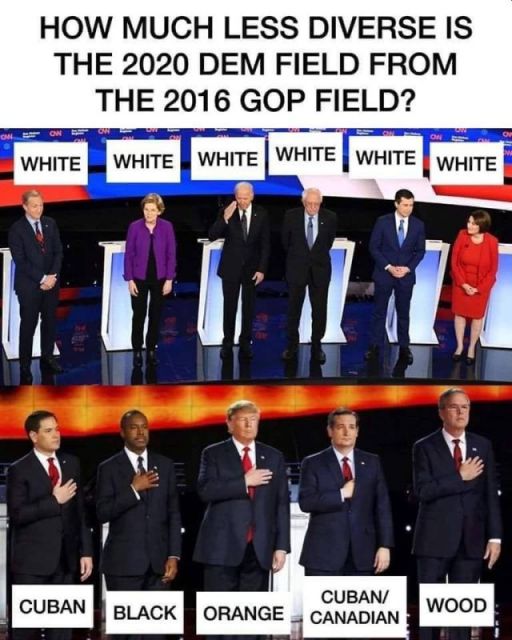 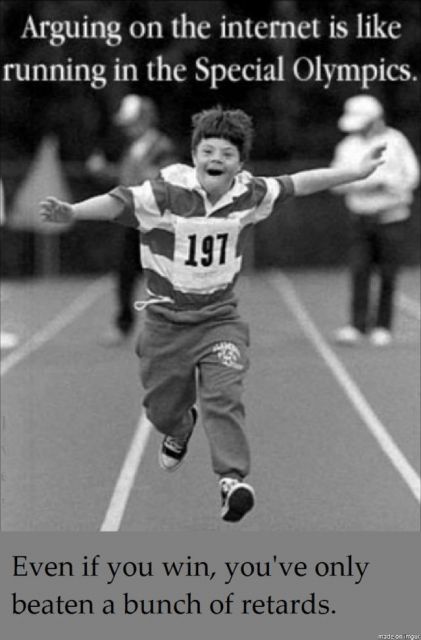 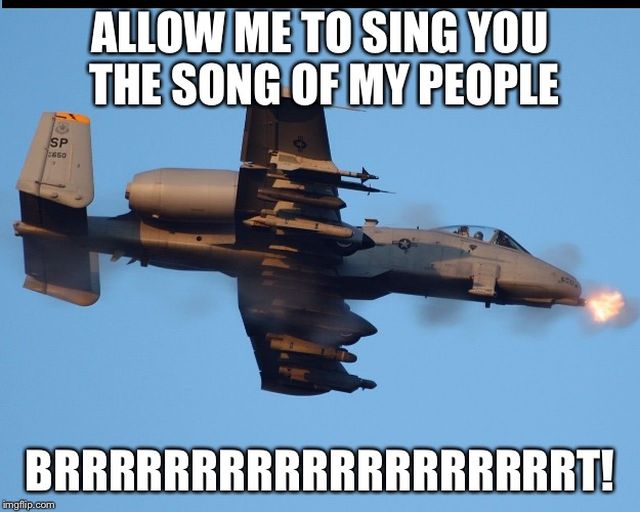 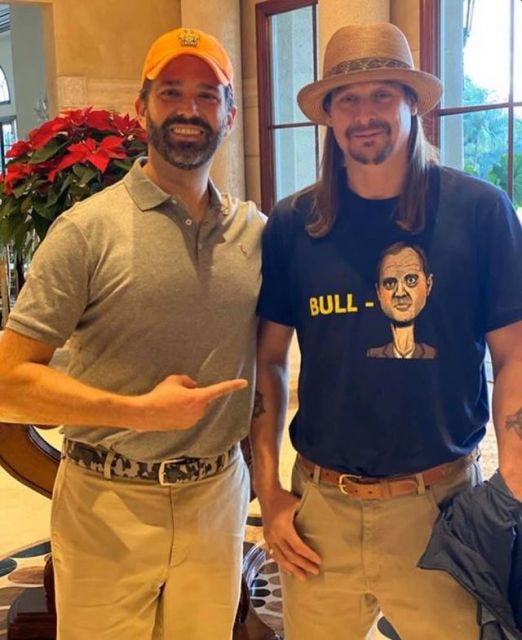 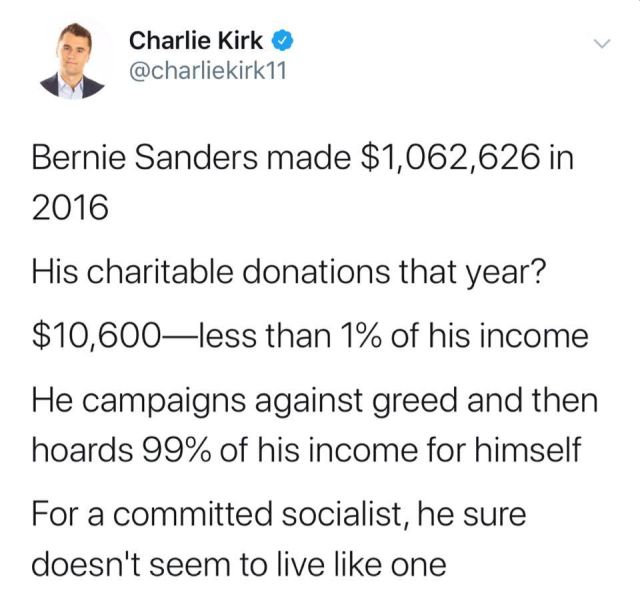 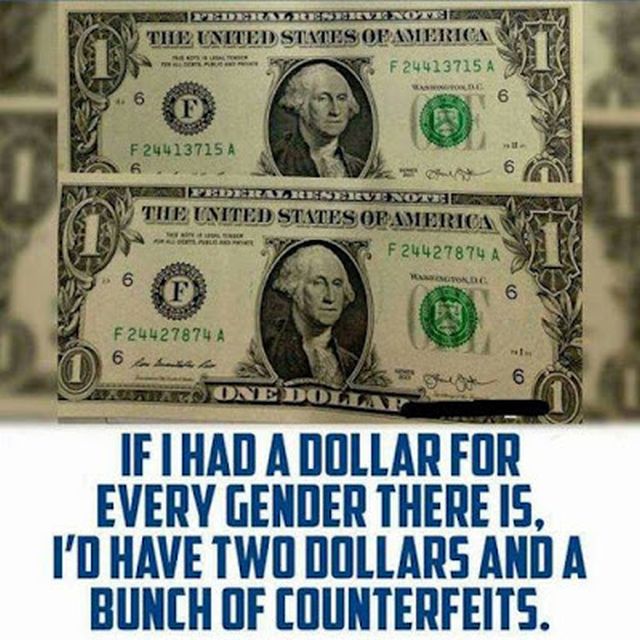 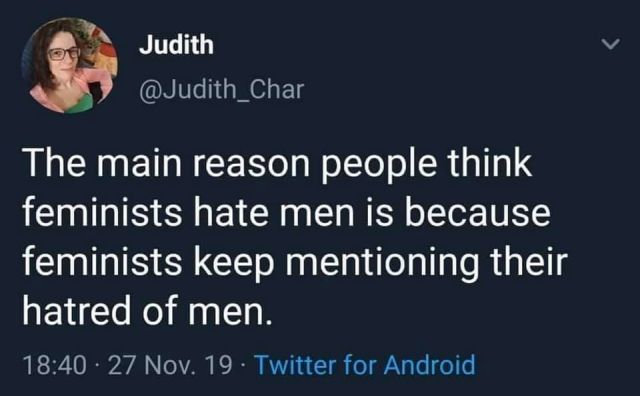 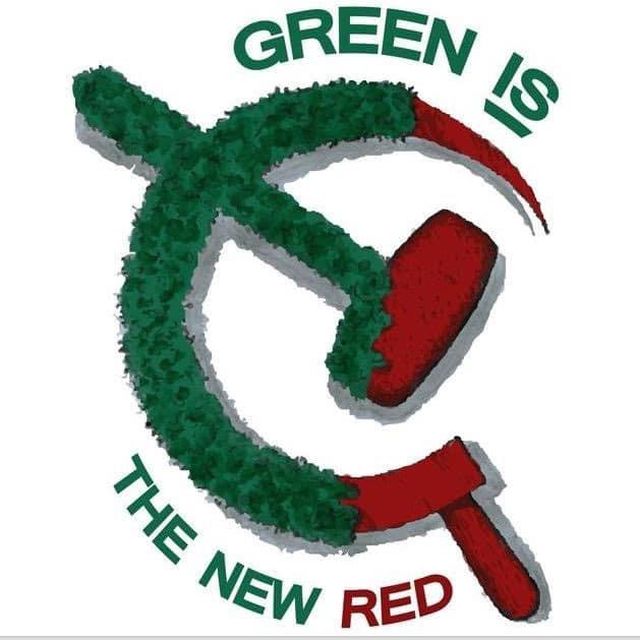 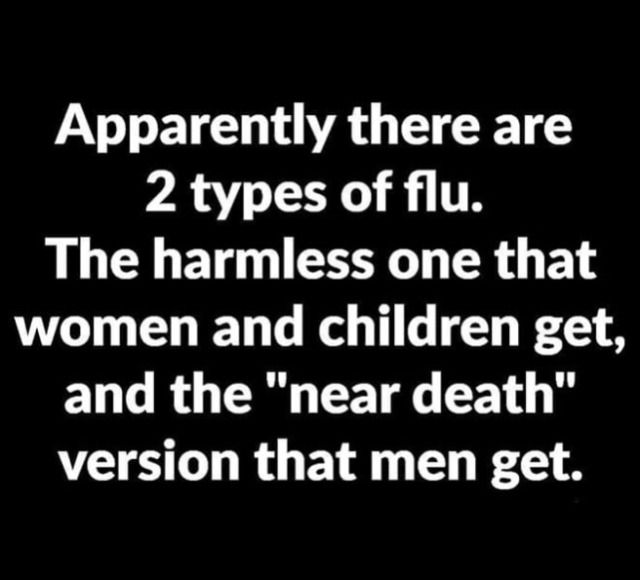 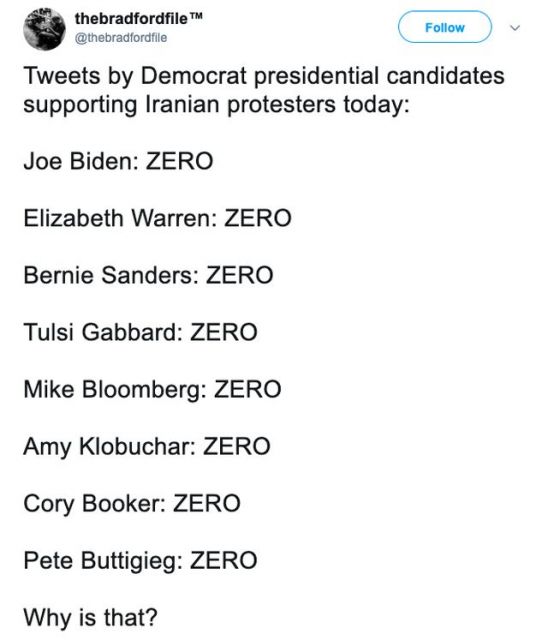 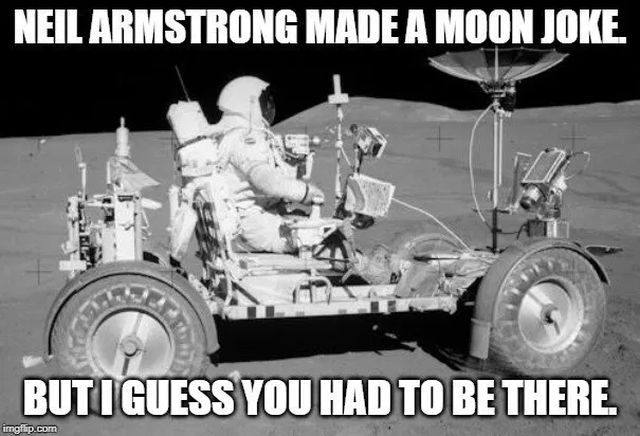 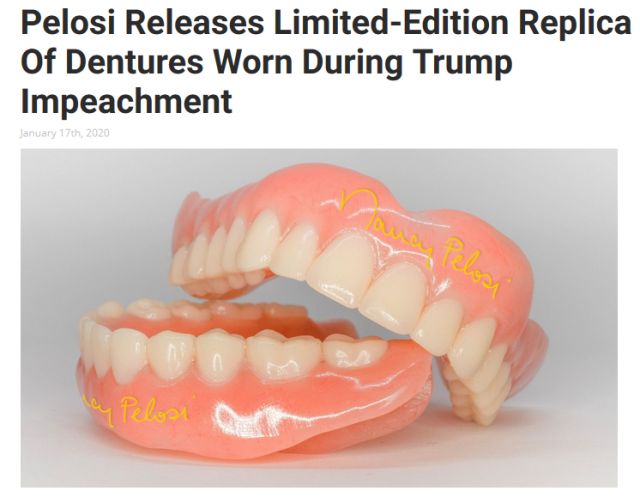 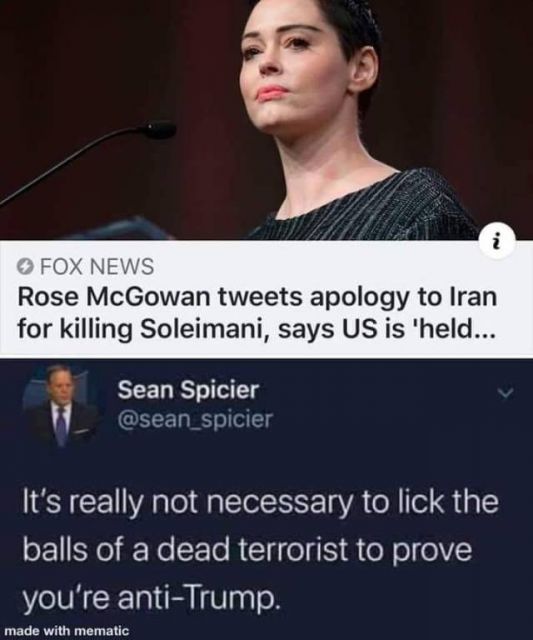 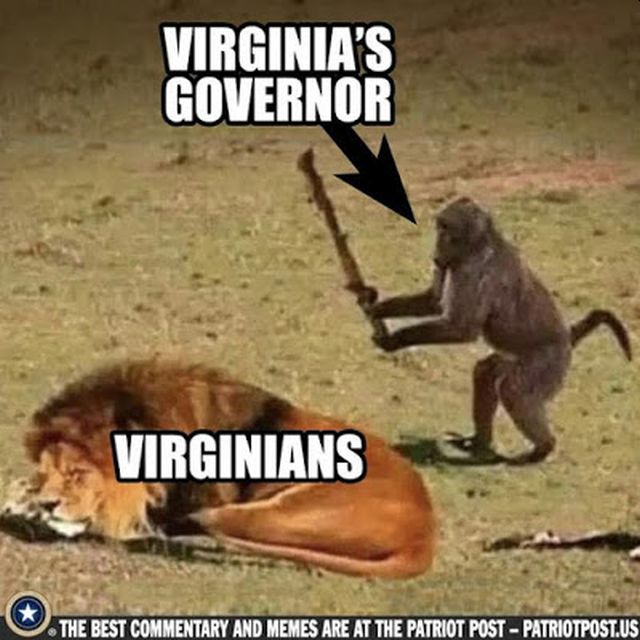 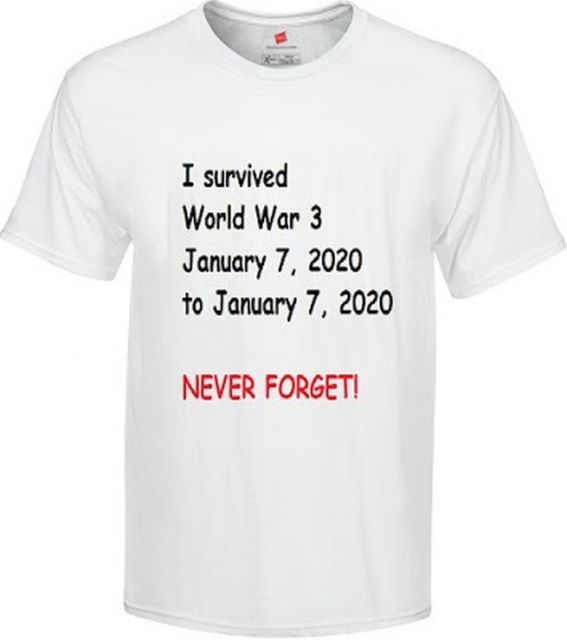 This week’s sermon is Pastor Mark Gungor’s “Laugh Your Way to a Better Marriage” presentation.
Pastor Gungor uses humor, observation, and the latest scientific data to help people understand the differences between the sexes and some practical advice to help you cope, especially when conflict arises.
Joe and I have used video clips of Pastor Gungor’s presentation in workshops and training sessions where both (there are only two) genders are present.
Humorous, informative, insightful, and stress relieving all in one:

This week is one for the record book.
Joe and I aren’t ones to wear a jacket: we’re sweater mans.
We spent a lot of time outside in weather varying between -15°C to -20°C, sometimes windy, sometimes not.
Snow, some or a lot, every day.
We aren’t jacket mans, but we wore a jacket every day last week.
Getting old and sensitive we reckon – chilled to the bone.
Another session with RobertaCat: this year we’ve burned more diesel fuel plowing than the last two years combined.
The virgin snow in the way back yard (way, way back there) won’t support our weight – our Baffin steel toe CSA approved gum boots sink out of sight and we get a free snow job on the feet. 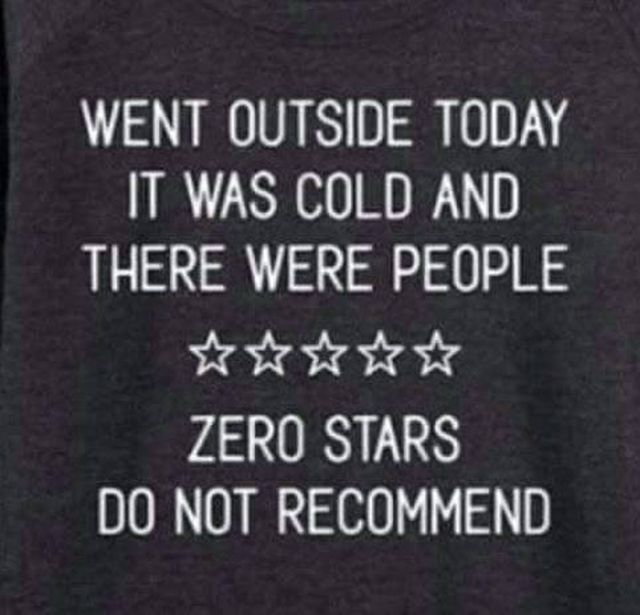 Today, Sunday, the temperature rose a tad.
It is supposed to breach 0°C this week.
Oh Lordy, here come the flood!
How many days ’til April Fools Day (’cause that’s how we feel today)?
It is 73 days to April Fools Day Eve.
Don’t thank us, we don’t deserve it. 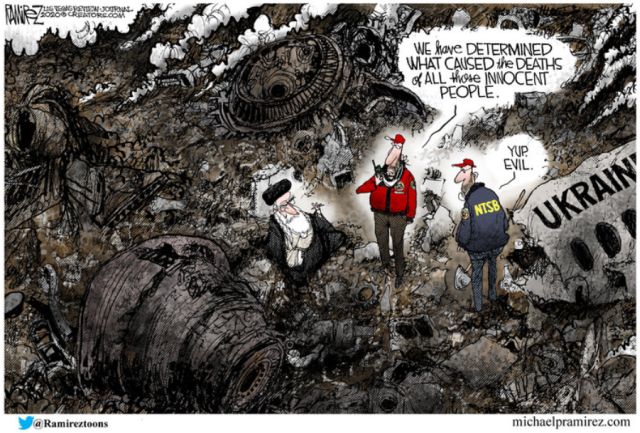 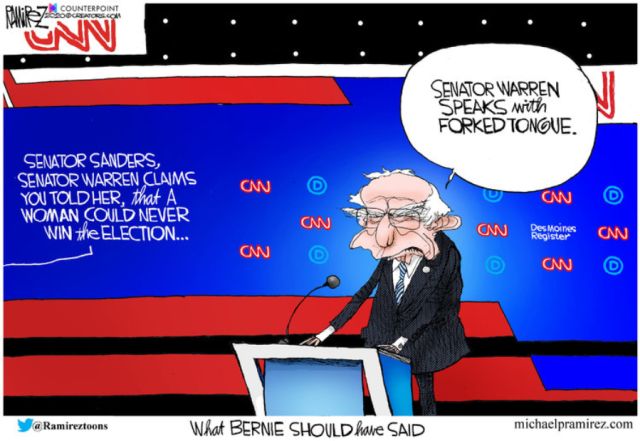 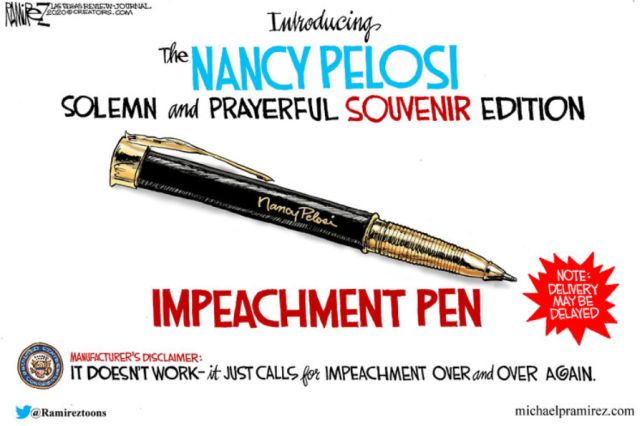 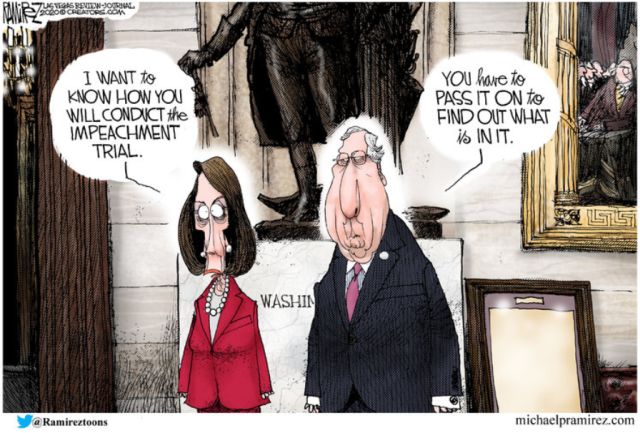 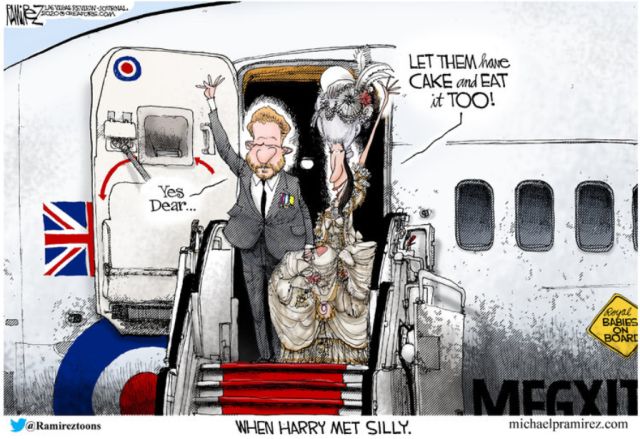