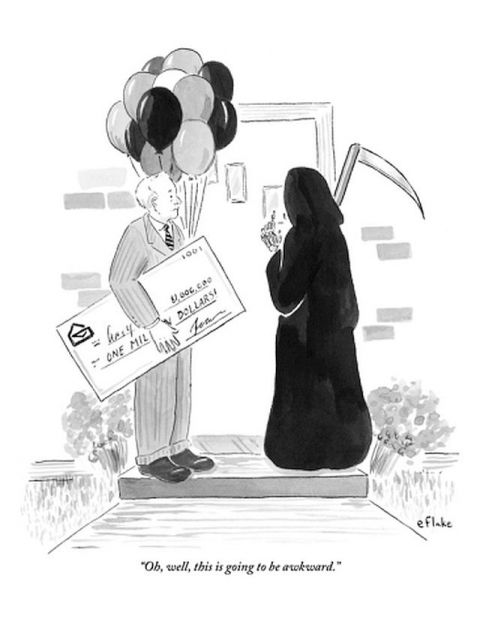 Joe’s Comment – Emily Flake’s cartoon caught my eye.  It’s been a chaotic week in the news.  The weather was wonderful for early January.  I’m working on a couple of arduous projects.  We had a fantastic family supper today.  The idiots are running the asylum and handing out masks.  I solved an electrical problem yesterday that made me feel useful.
Happy happy joy joy vs reality.
The second week in 2021 so far……

Calgary Alberta (It Can’t Be True)
What the fuck is this, happening in Calgary, in Canada, in our country?
Jesus Christ and Mary on a Moped, she saintly sitting side-saddle (nice alliteration!)
The hardest choice there is…..  manifested by weak-willed political animals.  Not by cunning plan, or omniscient overview, but by weak-will encased in a lust for power, driven by envy.
A man’s number one priority is to provide for and to defend his family.
The knife twist is to bind political objectives to employment – if you don’t do what we tell you, no more job for you!  An adaptation of the “Soup Nazi“, without the humor.  This will not end well.
Political objectives rarely pass the moral / ethical test.  This pits the violent arm of government, aka the police, against the citizen, aka you and we.
This is nothing new.
But the brute violence, the blatant bullying revealed in the following video cannot be explained or rationalized or ignored.
We are, all of us, witness to tyranny.
Tell us this isn’t shameful and immoral and criminal, too:

This second video is from Viva Frei, (aka David Freiheit) a Montreal lawyer (who, with Robert Barnes from Los Angeles, are our favorite legal eagles to date).  It concerns a New Years celebration in Gatineau QC at a private residence that was disrupted by the police (officers of the peace?) and turned quickly into a 6 cop 6 people tussle.
The problem?
These people (family?) were minding their own business.  A neighbor registered a COVID complaint – too many people!!! with the local constabulary.
Two cops showed up.
Four more were summoned for “back up”.
Apparently in Gatineau the dread pirate COVID will be defeated if only these six private citizens break into a smaller group…..
Joe says does that mean two groups of three?
Or three groups of two?
Or four individuals and one group of two?
We are getting a headache.
We are feeling outrage.
This is an abomination.
Once again, using a shotgun to kill a fly.
Joe and I have known a lot of cops over the years.
Some, very few, are personal friends.
The average cop isn’t capable of this work.
They are the cudgel of the political class, the government, and whomever the government favors.
They are armed and have immunity.
And, to be Frank, or Franklin if you will, we don’t know any cops two standard deviations above average IQ.  Hell, we might not know any who are one SD above.  It is not a requirement of the job.
They are not trained physicians, they are brute strength and often ignorance.
They are not psychologists, or counselors, or your new BFF; they are the pointy end of the stick, they are armed, and they have immunity.
You will see in the video that they can be bullies.  Did we mentioned that they are armed and they have immunity?
The Nuremberg Trials set the law, underlined by hangings: “doing your job” is not a defense in some situations: it is a straw man argument:

Somehow We The People of Canada have lost our way. 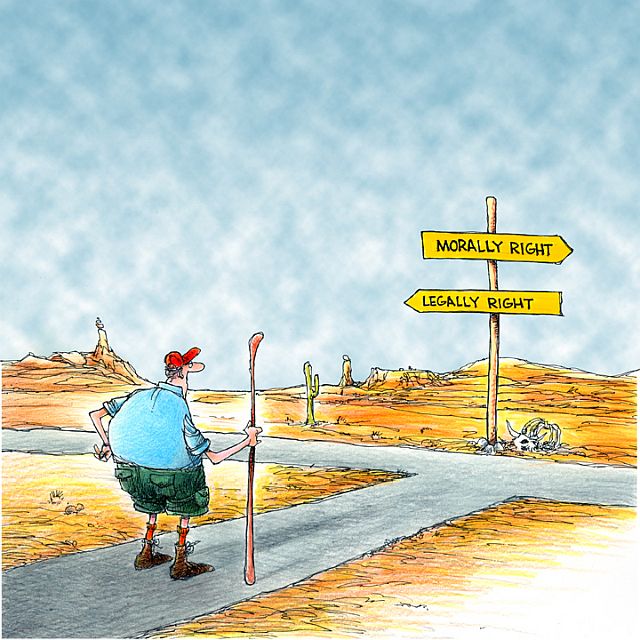 The day is coming when hard choices will be made.
This is what happens when weak-willed people put politics ahead of compromise.
Then, the same or similar weak-willed people put compromise ahead of the law.
That’s not the end of the shame; the same or similar weak-willed people put the law ahead of what is moral and right.
At the end of the trail, at the sheer wall-face of the box canyon, at the edge of the lava flow, there is no politics, there is no compromise, there is no law: there is only survival.
Here lurks the conundrum – is it possible to survive AND follow a moral path?
Joe and I suggest that this is the last situation a truly moral person would want to happen, for the following reason.  A truly moral person would think and hesitate, search for a solution, and wonder how this survival situation developed, how can it be resolved.
The immoral, the evil, those from the Dark won’t stop to think, won’t hesitate.
For them it is not a conundrum – it is a reaction.
And boy, will they react.
Net result – chaos 1, civilization 0.

Dr. Michael Eades
Were protohumans primarily meat eaters or not?
If they were, why?
If they weren’t why not?
Did the development of agriculture spell the demise of modern man?
How in the world can anyone know?
Ha!
Dr. Michael Eades is about to tell all (thank you Ms. E. Thrasher).
Joe and I were so impressed with this presentation when we first saw it and included it in our weekly rant back in the spring of 2020 ( Sunday Rant – 2620 ), we watched it again this week.
We benefited from the second viewing.  We may watch it a third time.
This is potentially earth-shaking for anyone who believes that eating grains and plants is the best diet, and that fat and meat are verboten for health.
For Joe and I it is inspiration to eat a whole side of beef in 2021:

Another Keto Doctor
Dr. Eric Berg is well versed in the Keto dietary benefits.
Joe and I are adding him to our list of no nonsense straight shooting advocates of health through logic and self experimentation.
We need constant re-education and refreshing of concepts to keep our head on straight.
A bowl of ice cream has less sugar than an orange.  Joe and I like ice cream and oranges.  Alas, no sugar allowed.  We have sweet dreams of those days of yore when we would let our teeth gallop with sprightly abandon through mashed potatoes, gnaw on butter rolls and rye bread with no thought of tomorrow, and wade into a mouthful of raspberry pie, tongue lolling side to side in exstacy.
Alas, no carbohydrates allowed.
All is not lost.
Sugar and carb “addiction” is learned (hat tip to Dr. Robert Cywes, the Carb Addiction Doc).  It is a habit.  It is an emotional response.  The reward is a dopamine rush.
It can be unlearned.  Bacon helps.
Lots of excellent information in this presentation:

Ford Torture
The boys at DipChits in Dunlops might have a future at Ford engineering, doing “test to fail” research.  In this short video, they remove the oil pan from a FWD V-6 Ford vehicle, start it, and put the throttle to the floor.
Very scientific.
Joe says he’s surprised it lasted as long as it did.
Nice fireworks!: 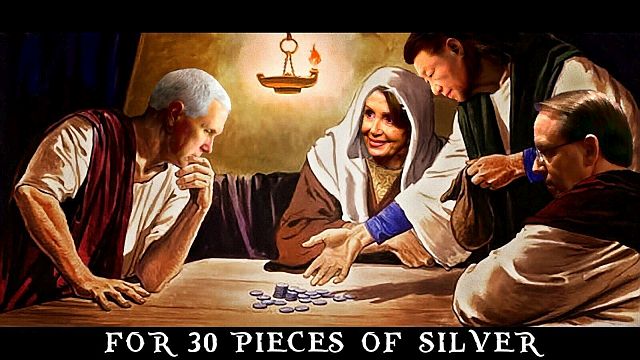 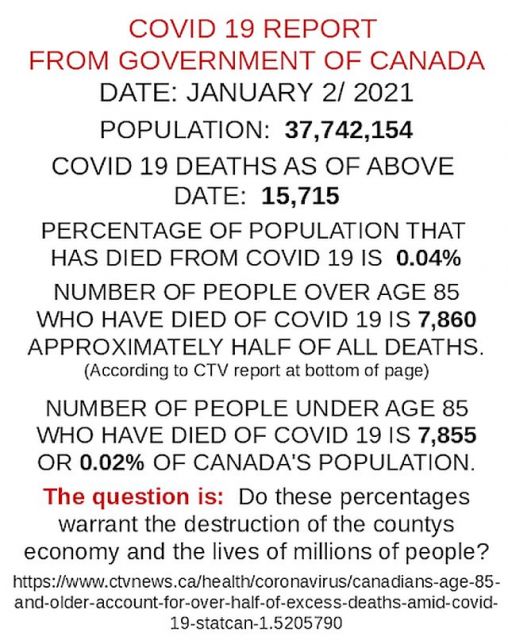 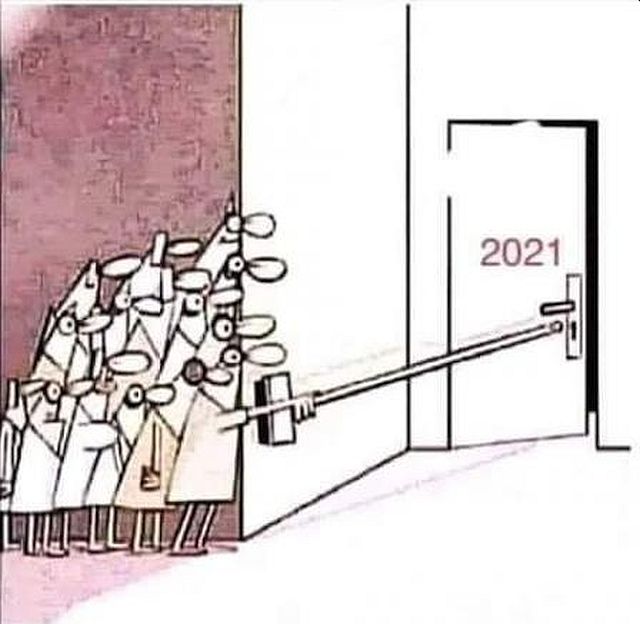 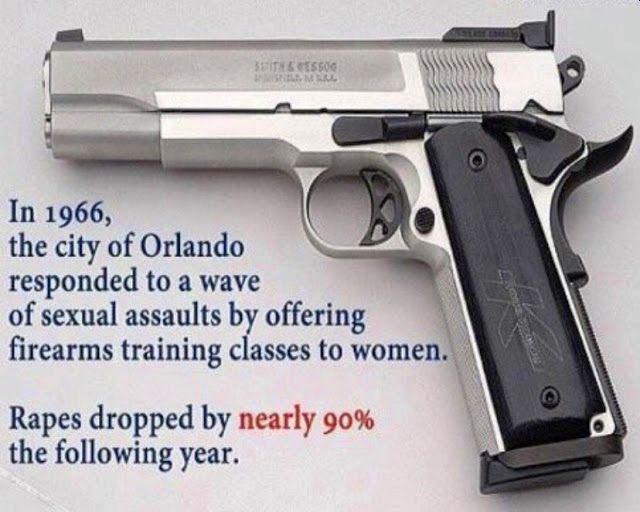 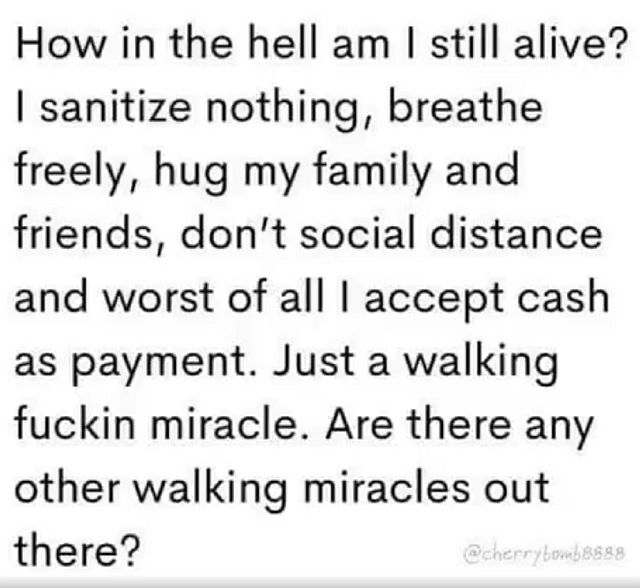 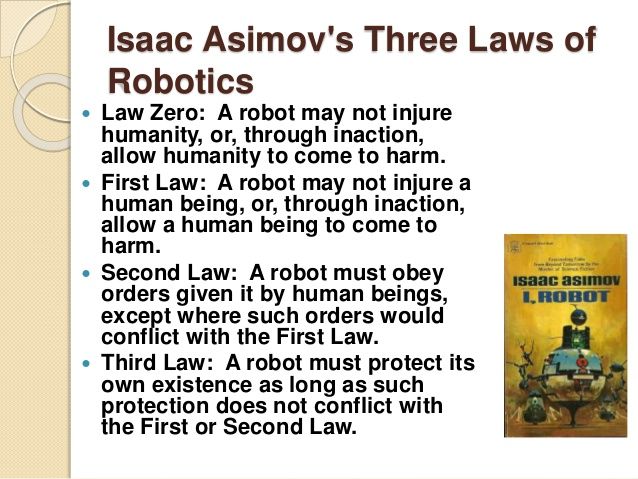 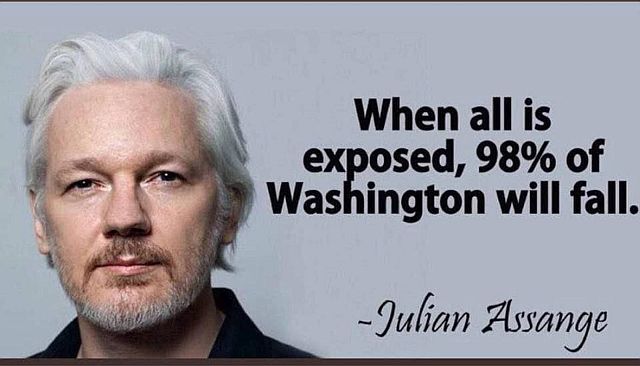 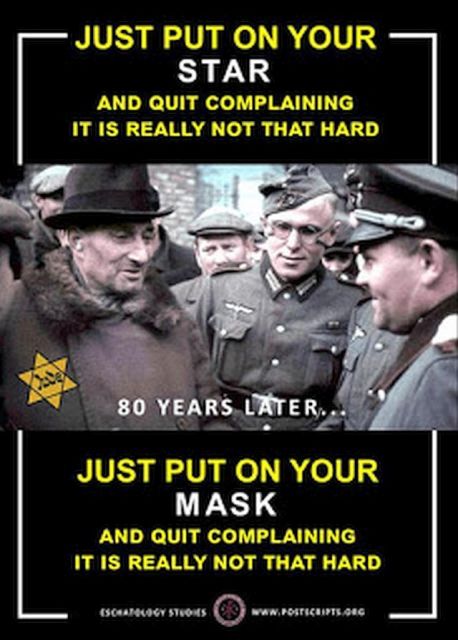 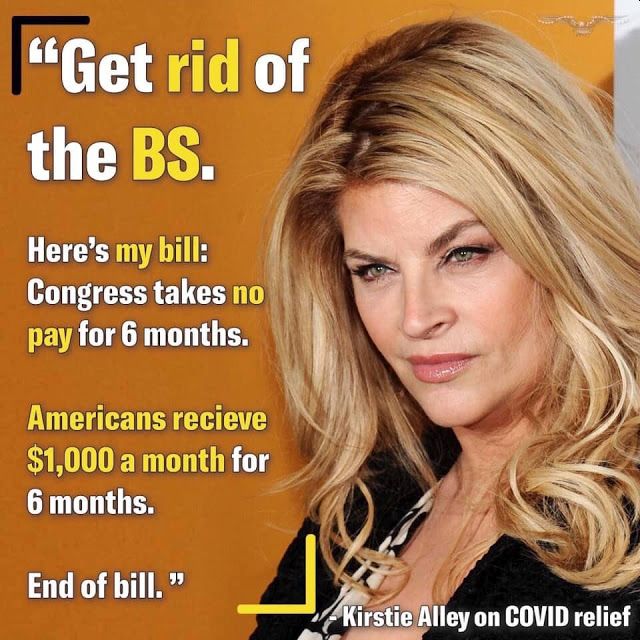 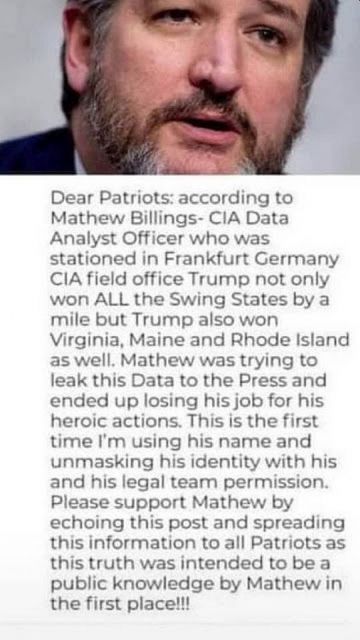 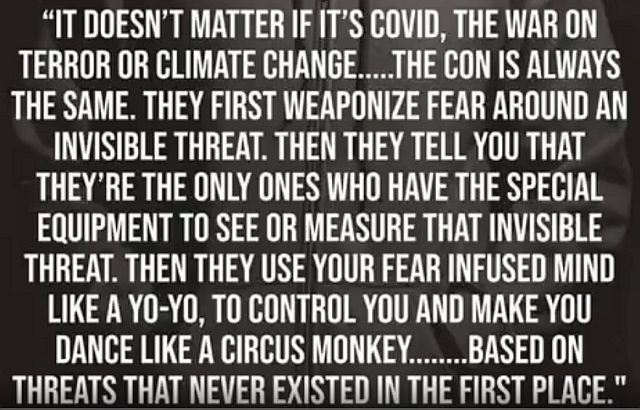 Our favorite legal pals, not partners, are David Freiheight and Robert Barnes.
The week was chaotic and tragic in Washington DC.
From Viva Frei on Ub2b, an analysis of what happened and a bit of why:

This week in Vernon BC the big weather surprise is…… mild!
The temperature has been above zero every day, and hovering around zero every night.
No frost on windshields.
The snow melts and freezes daily, causing a slippery case of the crusties.
Ladies and gentlemen, it is December 10th!
The days are getting longer.
The weather is mild.
April approaches!
The evil witch February looms….. 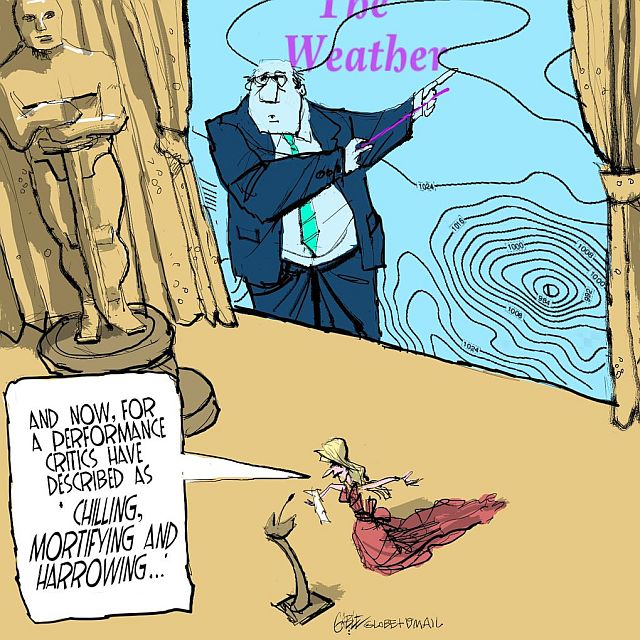 Joe (blah) Mekanic
p.s.  Ramirez is awesome, even when we don’t agree – 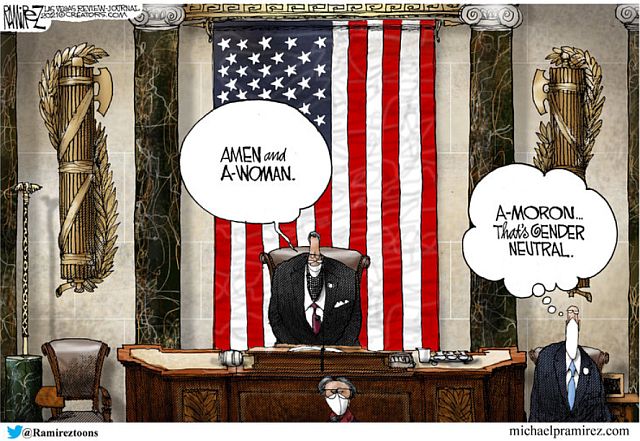 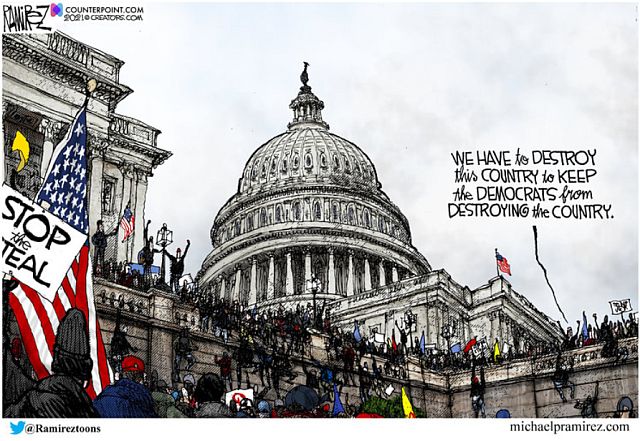 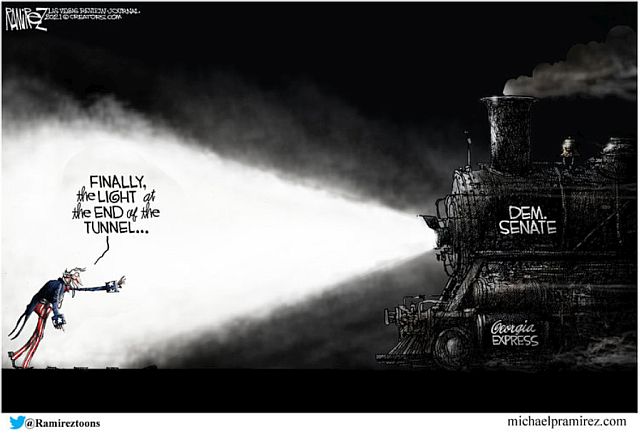 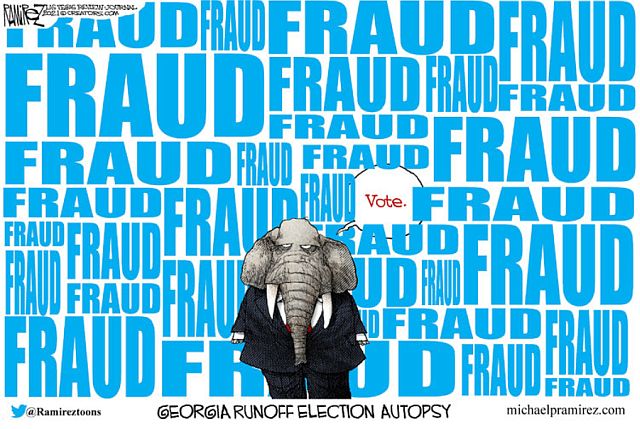 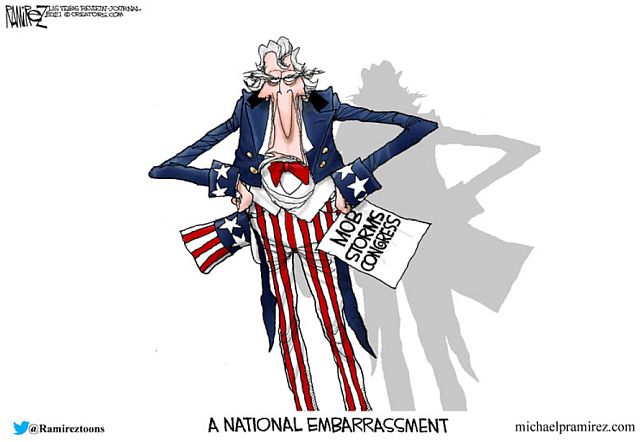 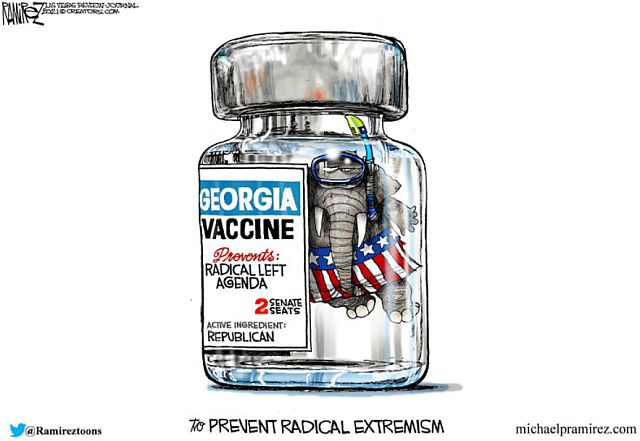