Mr. Ron Dulmadge sent me something extraordinary today, and I must share it.

A common sense refutation of a popular belief expressed with exceptional clarity.

Take six minutes of your precious time and watch the video found at the following link called “Immigration, World Poverty, and Gumballs – Updated 2010” from Roy Beck:

Thank you Ron. I’ll be showing this in my workshop tomorrow. Lots of bleeding hearts to influence……

No time to blather and rant.

END_OF_DOCUMENT_TOKEN_TO_BE_REPLACED

T’day, a markedly Empire-ish theme or two, old chaps and chappettes. First off, a toast to all snow shovelers wherever you may be (Ron, Steve, and Jim T. are in AZ, but I know they shovel something down there, too):

Royal Navy toast of the day:
Ourselves, as no-one else is likely to concern themselves with our welfare.

And the Queen, God Bless Her.

A worthy toast for all white males, and females, everywhere!

Today’s menu – a starter of Mark Steyn – a new pressing, but guaranteed to be vintage – extolling the tortuous trail of history that culminates in a declaration of “Dependence Day” for the once majestic British Empire. Mr. Steyn at his best; humorous, knowledgeable, insightful, clairvoyant:

You may not take the time to read the above article – c’est domage. Here’s a summary for the reading challenged:

I loved the comments of the commentators after the article, too. I do think that the language spoken by a people affects and effects (permeates?) all…. There has never been a greater human history than that of “the English Speaking Peoples”. If you have the chance (and whom doesn’t?) pick up a copy of Winston Churchill’s work “History of the English Speaking Peoples” or put it on your Bucket List. While you’re at it, get Hayek’s “Road to Serfdom”. On it, boss!

Love his line about suicide – “that’s just Darwin taking out the garbage”. Hilarious? You bet! What a potty mouth…. 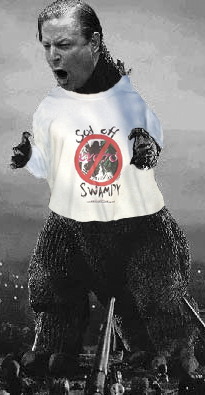 Sod off Swampy just slays me! Is that you, Godzilla?

How about a peek at Charlton Heston’s home and gun vault? Beautiful collection! – 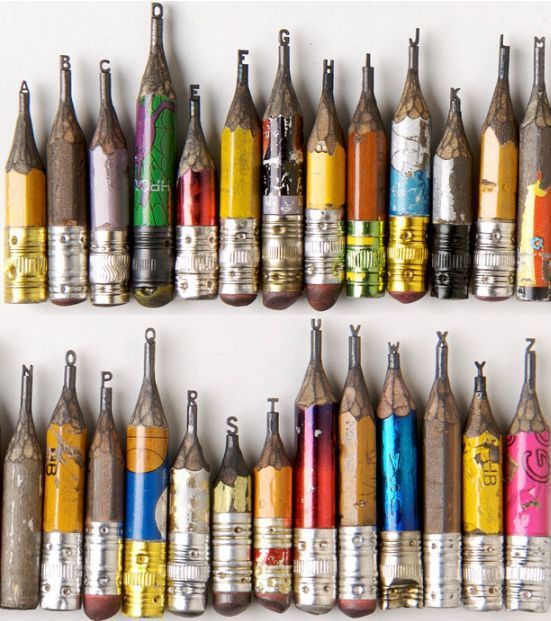 Ronaldo sent me a link which led to the above, and the following, which is a collection of (gag, choke…) Chevrolet convertibles. I’m sure none of you are interested in looking, but here it is anyway –

The divide between this strain of the American left and its conservative opponents is about more than politics and policy. It goes back a long way, it is deep, and it will never be bridged. It is cultural, and it explains more than anything the “intensity” that exists now between these two competing camps. (The independent laments: “Can’t we all just get along?” Answer: No.)

How about something else interesting? You got it……. SNOW!

Here is the clean-up after good old 20th snowfall. Notice the accumulation. No warm beer here! –

Paraphrasing the best of children’s song –

Of course, this cannot deter a Kanuckistan man! Out comes the trusty (but not rusty) snow shovel, and we clean away the hard water once again…. You might notice a slight warming, too –

Accumulation of several snows on the ’73 Mustang “weather station” –

Seems an appropriate time to use a word I haven’t typed, ever. Gadzooks! Spell check says I didn’t get it right…..

I have a tradition of writing down titles and authors of books I’d like to read on slips of paper. I must have 3 dozen slips of paper, with well over 100 titles to read. At the end of the year, I order those I think I might like to own (vs those I just want to read, which I get at the library). Here’s what I bought for the first quarter of 2011. All but one showed up this week:

These will keep me mystified for a month or so…..

I expect Barry, Robert, Jimmy B., and Cam will be (if not there already) counting down the sleeps until the Sun City Invasion™ of 2011. Have a great time fellas, and try to stay out of jail, Jimmy. Get sunburns all! Wish I was there…. from a journalistic standpoint. It’s gonna be some golf gaming I bet….

Those little yellow people have a unique slant (no pun intended) on American politics. Here’s a video from Next Media Animation entitled “Is Sarah Palin Gunning for 2012?” Can’t call it reporting or analysis, but surely can call it bizarre and wackeroo:

Lots more (if you can stand it) on YouTube.

One last go at the Tucson tragedy, this time from Rex Murphy (Yeaaa!). Do not dismay – although Peter Mansbridge shows up right at the end of the clip, but you don’t have to listen to him (Yeaaa!):

Rex gives his usual verbose but appropriate analysis of what is tarnishing the mantle of the greatest country on earth…..

Wonder what to do this weekend? HEY! Maybe it will snow! 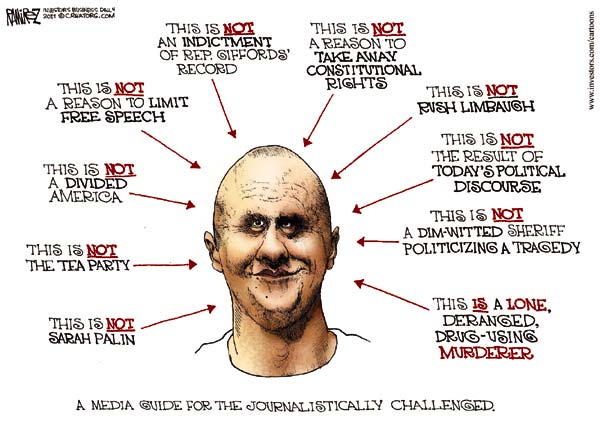 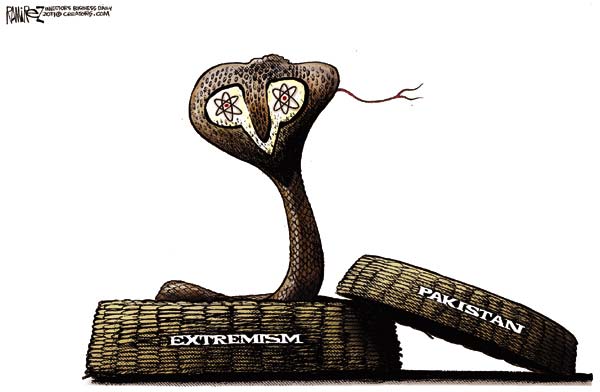 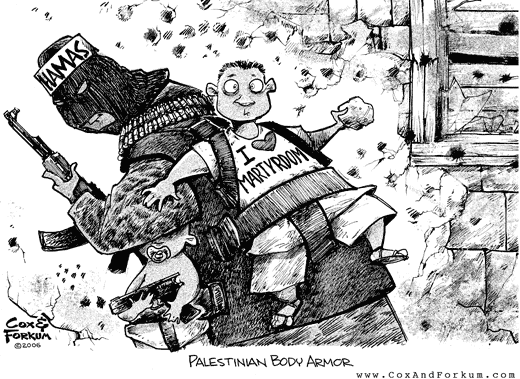 You might like to read about C&F’s comments about the above cartoon at the captain’s comments link. If you have been following developments in Palestine, this cartoon is as valid today as it was in 2006: 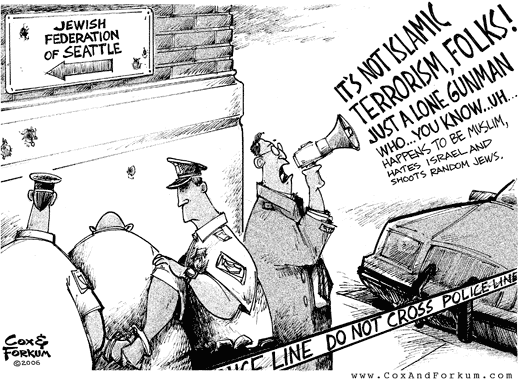 The MSM and the not nearly MSM have been flailing, frothing, and foaming since Saturday, when Jared Loughner killed 6 and seriously wounded 13 in Tucson. The so-called Left / Progressive line is “the gun did it!”, Sarah Palin, Rush Limbaugh, the sky is falling!, and with this bit of illogic, a foundation of argument is laid to restrict access to firearms for all citizens (except those few the law does allow in order to keep order). The law (being what it is) says he stands accused of a crime, is the alleged killer, but has not been proven guilty – even though dozens of witnesses who survived the killing spree saw exactly who did what. He’s got the lawyer who defended the “Unibomber”, Judy Clarke. Someone shaved off all his hair. He looks loony as Jack ‘O Lantern. It would be “cruel and unusual” to give him the death penalty, what? Poor mentally deranged fella. Stay tuned for the inevitable but mandatory “lawyers in heat” episodes to follow….. ad infinitum. The politicians on the Democrat / Progressive / Left who have spoken are hysterical – this is an incident where I would approve getting them some meds. Mass meds. Maybe make it mandatory (I read Hilarious Clinton’s statement, and she really needs to retire or at least get some bed rest). One of these moonbats of the left is the frickin’ sheriff of Pima county! He’s laying blame like welders laying bead on overtime…. As Shakespeare stated in Hamlet “the lady doth protest too much, me think”. This same sheriff received reports about this Jared boy-man making death threats as far back as 2007, some concerning Gabrielle Giffords, who he shot! And on, and on, and on…….