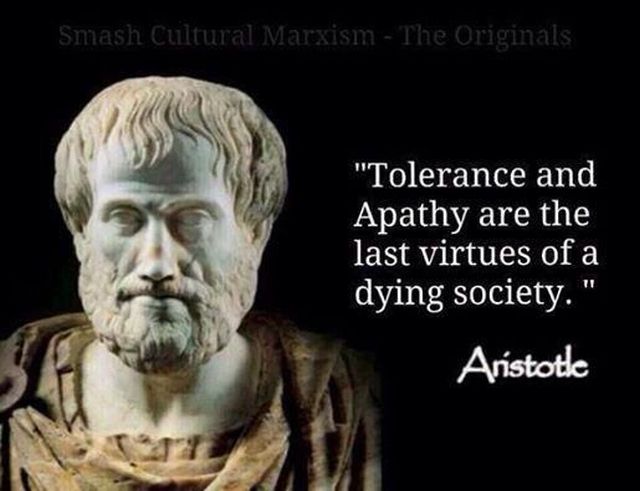 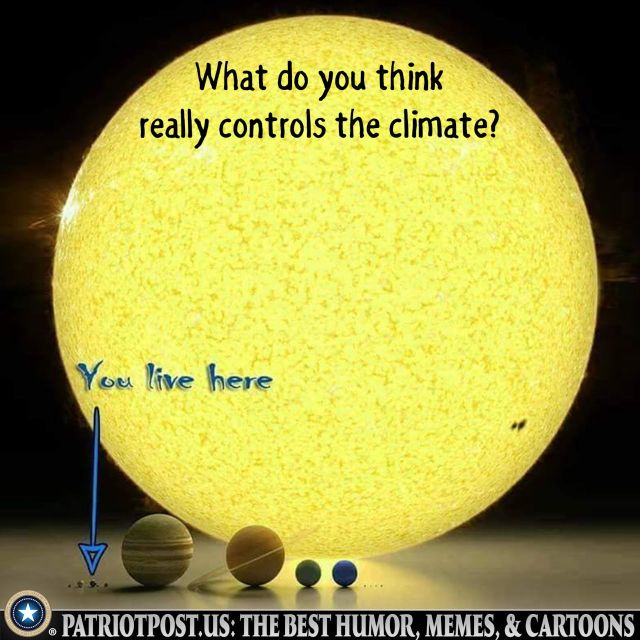 Joe’s Comment – Entering the third week of 2023.
The government keeps soft-pedaling COVID and other vaccinations for viruses.
The masking is creeping back into semi-normalcy.
The wackjobs are quacking and bleeping and squawking loudly, without a notion of sense.  The noise pollution is overwhelming.
There are some signs of sanity, but the division of the rational thinkers from the emotionally hysterical continues.
February is nigh.
The paranoids and conspiracy sniffers and tinfoil hat folks are frothing at the mouth.
To me it seems a normal January.
People got past New Years, still not February, and the hope is there will be Spring.
But it’s so far off the weak are losing faith.  I’m not weak, just tired – 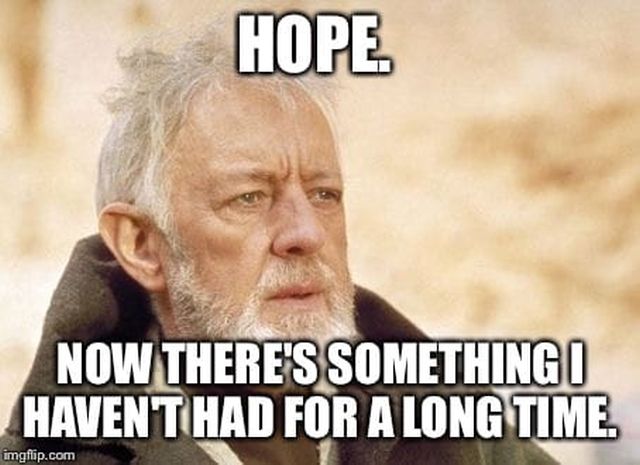 Things I’m Grateful for –
Sunny Days – by Joe Mekanic
Ah!
A sunny day!
Nothing better in the universe, or on Earth.
Unfortunately, I haven’t seen the sun this week.
The hazard of staying in the Okanagan during the winter.
Without the real thing, here’s a picture of a sunny day, posted for posterity – 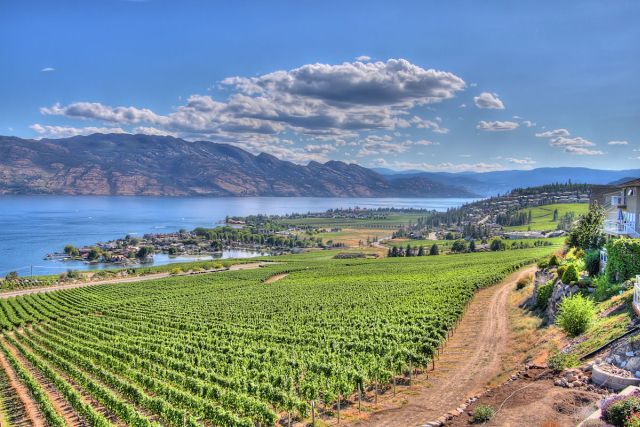 Looking south from Westbank would be my educated guess.  Cowboy clouds!
Only 2.5 months until April!

Things That Piss Me off –
Ridiculous Fiscal Management – by Joe Mekanic
I’m steamed.
I don’t live for “financial opportunities”, nor do I admire the ultra rich folks that exist in the world for their wealth.  I don’t give a pickle if they earned it, or inherited it, good for them.  Rich folks who came by their wealth illegally or immorally or unethically or by taking advantage of the stupid or gullible or the law or any other unscrupulous way, well shame on them.  May they burn in Hell.  Money for me is a maintenance item.  If I have enough to pay my bills that’s a good thing.  If not, time to get working.  It is that simple.
Take a look at this document I’ve cropped: our property assessment for 2023 – 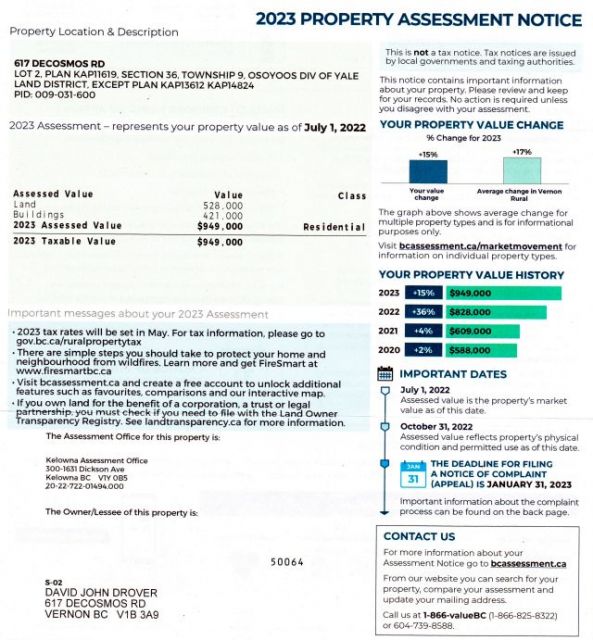 I’m not adverse to investment, for it is a hedge against absolutely irresponsible financial management or catastrophes by governments or entities or cultures that may affect me but are beyond my control.
My “investment portfolio” consists of a bunch of old Ford trucks and various machinery and tools.  Things that have real value (in my humble estimation).
The property we own (with the bank) has gained “value” since 2020.  The government has assessed the land and buildings to be worth $949,000 CDN, up from $588,000 CDN, which is $361,000 CDN, or a 61.39% increase!!!
If this was an investment, I’d be pleased with my strategy and analysis leading up to committing my hard earned $$$.  But property value?  This is bogus.  I bought the property on the twenty-second day of January, 2005 – 18 years ago.  The total increase in “value” over 18 years is 334.15%.  This is unstable and perspicuously corrupt – morally and ethically.
Why?
All it foretells to me is ever increasing inflation, aka irresponsible government spending, and will lead to a nasty devaluation or worse.  Or perhaps it is a form of corruption, whereby foreign wealth is being sequestered in my country with its weak economy and failing security.  As the “value” goes up, the real value of my income goes down.
Here’s an example of my most recent natural gas bill.  We have had one hell of an early onset winter – November first it went to 10 below with 8 inches of snow, and hasn’t been above zero until after New Years.  Even with the furnace running damn near full tilt boogie for the entire billing period, the total fuel burned was only 35.48% of the bill.  Take a look – 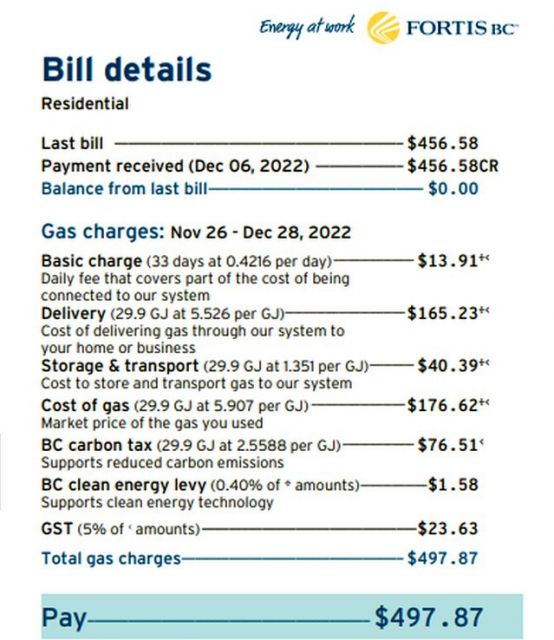 As you can see, the overhead by Fortis (Delivery + Storage) is substantial, but the taxes are chewing up 20% of the total cost ($101.72).
The “Carbon Tax” is a misnomer.
Can you imagine how much the citizens of this province (and all the others) are giving to that faggot Trudeau’s government to be misspent and frittered into oblivion?
If my blood could boil, I reckon I’d be running on blood vapor.

Honest Politicians – Davy Crockett
A man at a plow in a backwoods area of Mr. Crockett’s electorate explained to him why he could not, by any measure, vote again for Congressman Crockett.
Although the plowman voted for Mr. Crockett in his first term, an act of charity approved and funded by the Congress was voted aye by Mr. Crockett.  In the eyes of the plowman, his vote was unconstitutional, even though charitable.
An interesting history of when a politician may have been trustworthy:

Sanity4Sweden
Stefan gives an emotionally inspired list of his 7 favorite politicians, followed by a list of 20 politicians that he singles out for recognition as being the worst of the worst.
NZ and AU took third and second place respectively.
Our very own Canadian, Justin Castreau, took number one place as Stefan’s politician of least repute.  Stefan thinks Mr. Turdeau has a dark heart.
Joe and I think that and a bunch more…..
Gotta love Stefan’s daily update:

China Futures
Peter Zaihan tells Joe Rogan what the future holds for China.
He paints a very dark picture of CCP fearless leader Xi Jinping(pong).
He tells of eminent technological collapse.
He predicts population inversion/collapse – not enough young and middle class to support the elderly population.
Mr. Zaihan is a “geopolitical analysist”, whatever that might entail.
Joe and I were entertained by the information in the following video.
We’d like to believe any and all of it.  Based on our own bias – we’d like to see the end of the CCP in China.  Wouldn’t it be loverly if the Chinese people for once in 10 millenia took control of their own destiny?
Mr. Zaihan has his detractors, such as Michael Yon, and World Affairs.
Joe says the following is for entertainment only.  If you have access to Joe Rogan podcasts (via Spotify), the entire interview is available as podcast # 1921.
Unfortunately, Mr. Zaihan has been feeding our Western ears with stories of China’s demise for nigh on twenty years.
We certainly ate it up!:

Dr. Robert Malone
Mel K discusses with Dr. Malone his new book and his heroism over the last 3 years fighting the COVID hysteria, government overreaction, Big Pharma evil, etc.
Dr. Malone is the inventor of mRna technology.  He has been forthright and trustworthy since the dawn of COVID: 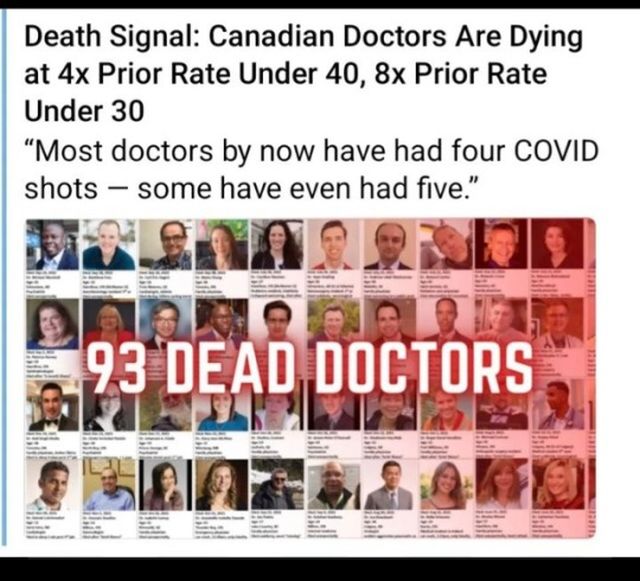 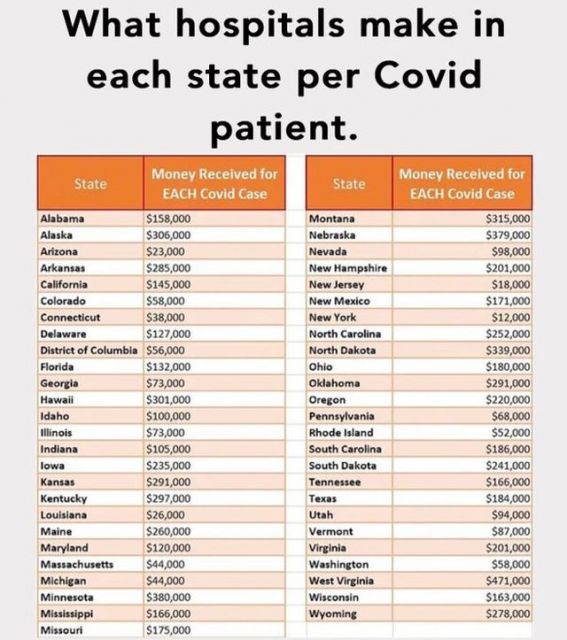 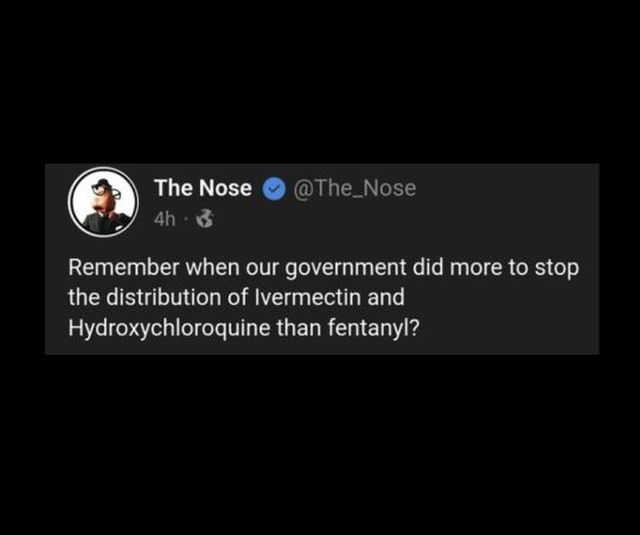 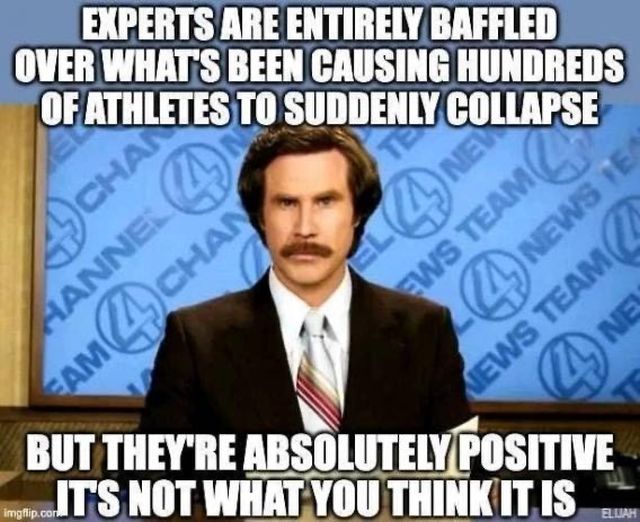 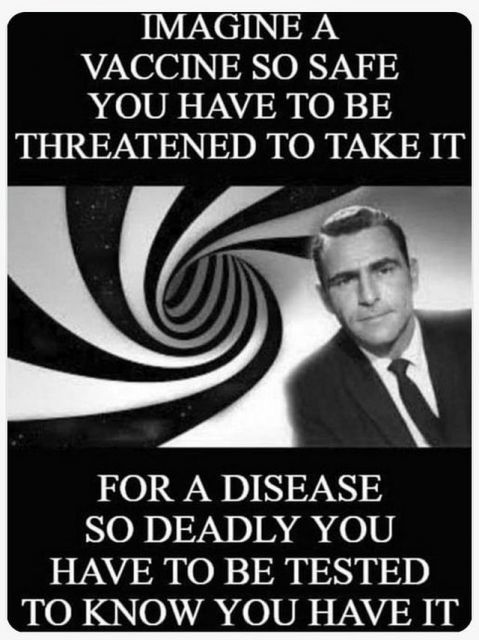 Sentinel Steam Wagon
In 1934, the British had a powerful and fast workhorse that was very unconventional.
Steam powered, the Sentinel Steam Wagon had a driver and a stoker – the bloke who kept the fire burning to make the steam to power the truck.
A favorite of heavy construction, this beastie was part of the tool-set used by infrastructure builders all over the British Isles.
Joe says the fore or five fathers were way more capable than we admit:

Babbett Bearing Process
In the early days of internal combustion engines, aka ICE, the stresses were very low compared to the load.
The technologies of lubrication, metallurgy, fuel, Otto Cycle timing, engineering and chemistry (to name a few) were young.
To transfer energy from a linear moving piston to a rotational crankshaft, designers developed a connecting rod.  The connecting rod bears all the forces transferred from the moving piston to the crankshaft.
The point of contact between the connecting rod and crankshaft is a crucial bearing surface – proper lubrication and bearing material selection is necessary to ensure long service life.
In modern engines, these “rod bearings” are most commonly shell type items.  They are built to exacting tolerances to minimize friction and ensure reliability.
In olden days, shell bearings were not de jour.
The Babbett bearing process consists of the connecting rod being held in a jig with an equivalently sized crankshaft “rod throw”.  The space between the rod and the crank throw is filled with liquid Babbett alloy.
The following video demonstrates the process:

Largest Gold and Copper Deposit in the World
Joe accepts the above by adding the phrase “so far”.
The world is a pretty big place.
Most of the surface is under water.
And unexplored.
Who knows what hasn’t been discovered or has been but was lost?
What an amazing engineering accomplishment to bring the ore to the world.
Building 75 miles of road in crazy mountain terrain just to reach the mountain of minerals cost $2 billion US dollars!
Joe and I always wanted to study geology.
Just not as much as the stuff we studied.
Maybe this year.  Fascinating video:

Lovely Tennessee – Log Cabin Whiskey
This is the story of George W. Lovely, an early entrepreneur who had a knack for making high quality whiskey.
George followed all the laws that governed the establishment of a distillery in the state of Tennessee in the year of our Lord 1897.
Which inspired him to create a city in order to register his distillery with the state.
Which George did do, following the legal parameters for registering an incorporated town in the state of Tennessee.
On the twenty-first of June, 1897, Lovely City, Tennessee, was incorporated.
George began producing his excellent product, shipped under the label “Log Cabin Whiskey”, and his business and town grew and prospered.
Prohibition shut down the distillery.
Nothing remains of Lovely City but a few place names and one old building.
Joe and I applaud Mr. Lovely for his entrepreneurial spirit, and curse government for their blundering incompetence and morally bereft actions.
What is more American than Log Cabin Whiskey?
What is more American than government destroying everything it touches?: